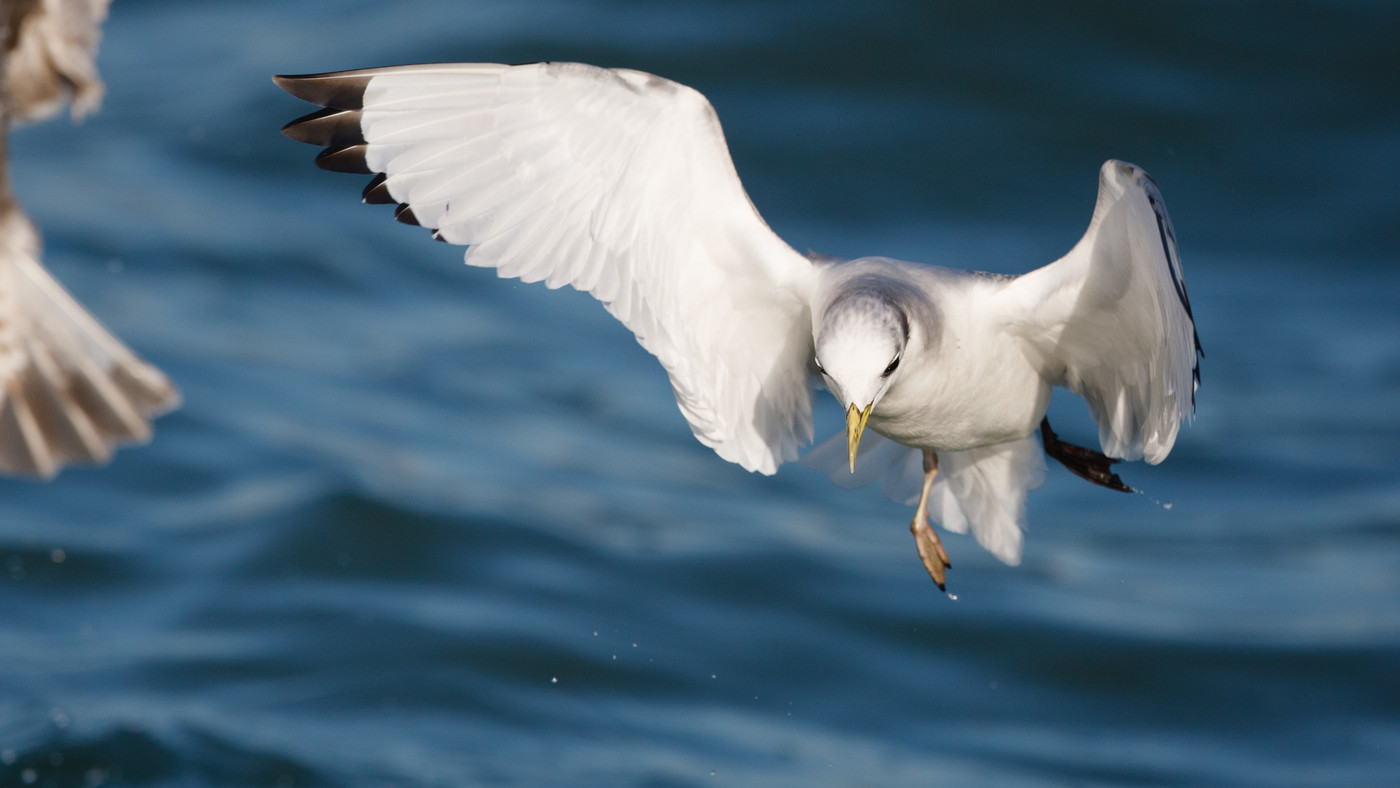 2 weeks ago the pelagic was cancelled and also for Sunday, the replacement date, the forecast did not look good. Thus I was surprised when I received an email Saturday afternoon that the pelagic was on. At half past eight in the morning the boat left from IJmuiden. My alarm clock was set at 6:30 because I wanted leave Uden in time because snow was predicted. The ride went well until Amsterdam, here obviously it just snowed and the A9 was fairly full of snow. 2 cars stood against the guardrail and gently I continued the ride. 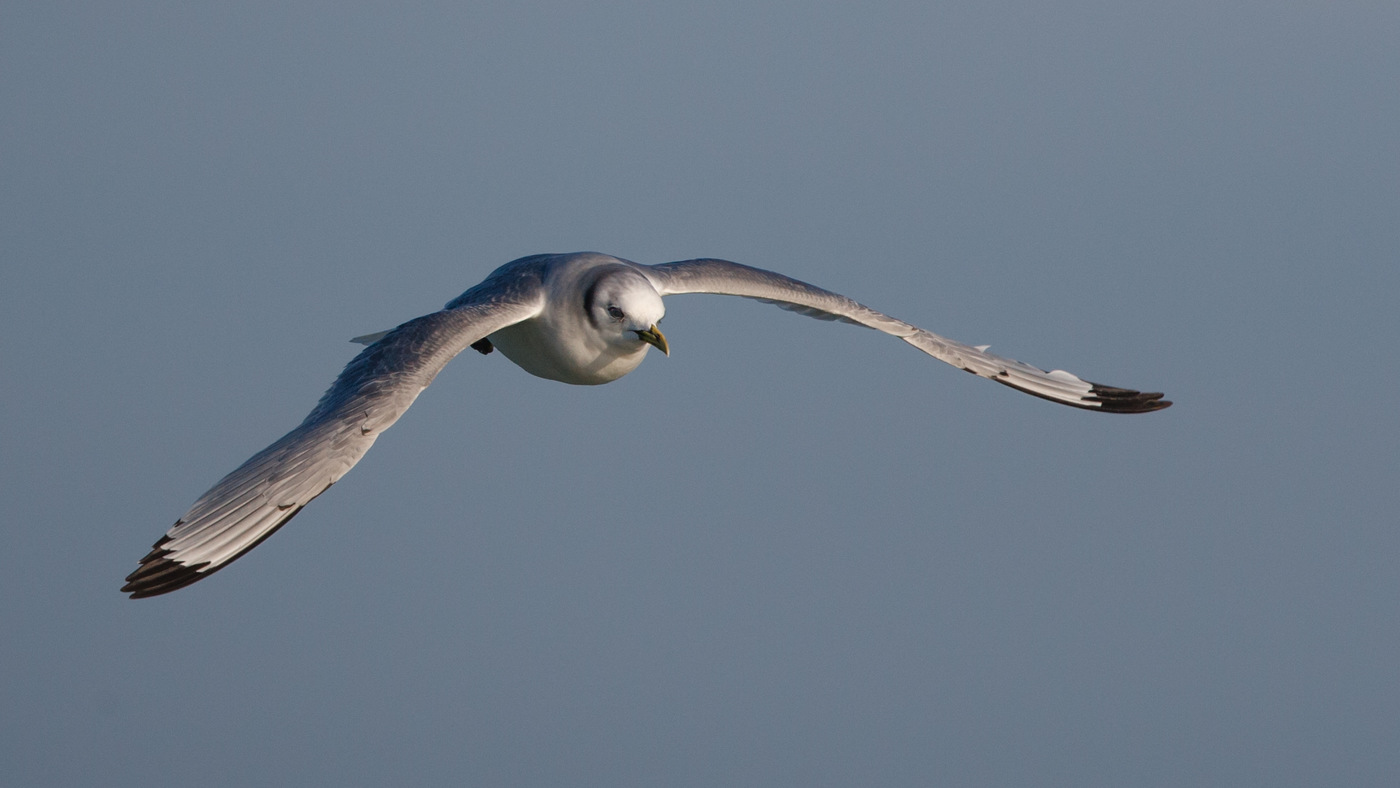 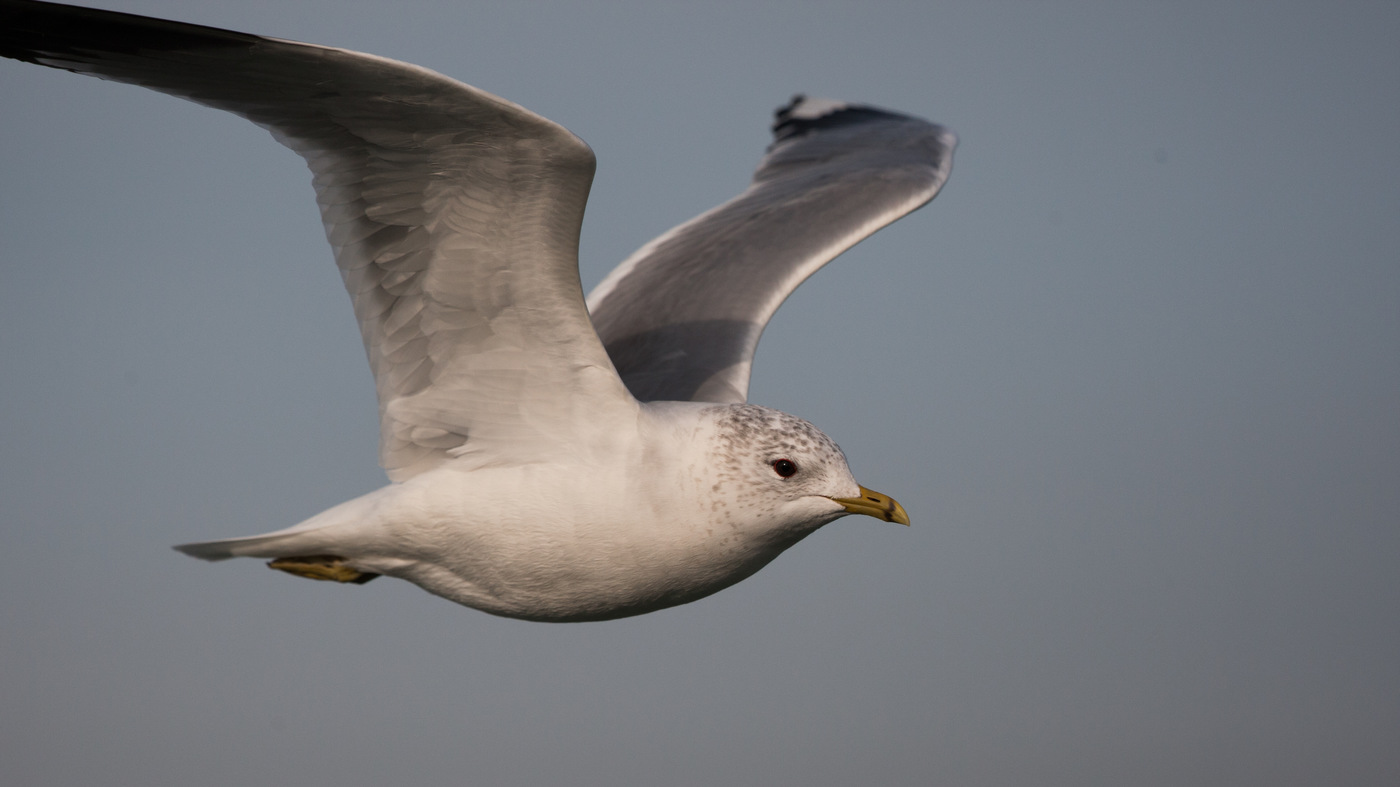 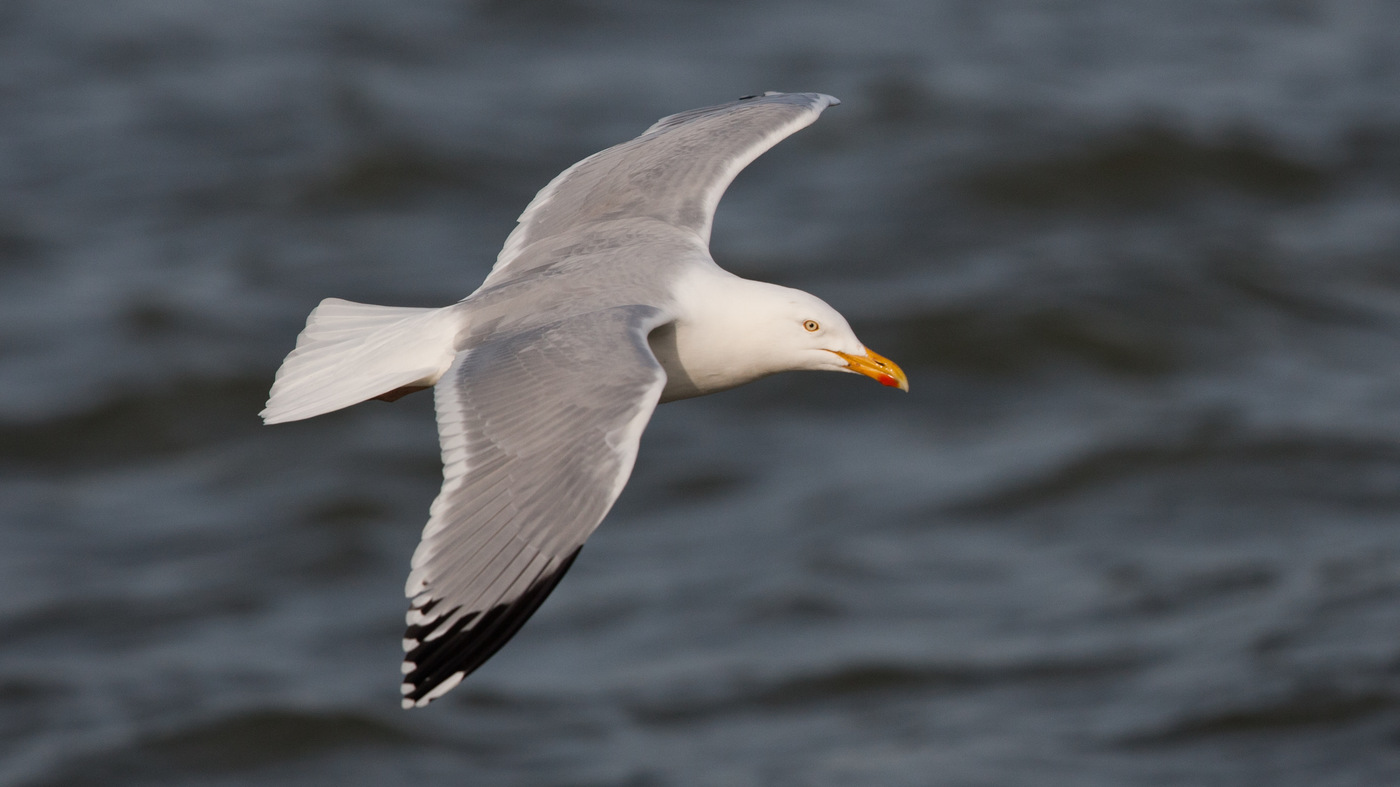 At 8 o'clock sharp I arrived at the port and the crew of the boat was already there. The coffee was ready and it tasted good. I had agreed with Alwin and Joep and it was not long until they were on board too. In total, there are 44 birders at the pelagic. The count was done and everyone was on board so we could leave. While leaving the port we saw a Shag and a Glaucous Gull, the start went off well. Just outside the harbour was a big swell and I had to hold myself. What further out at sea it was remarkably calm. There was a gentle breeze and it was very cold. Occasionally a Red-throated Diver passed but otherwise not much happened. 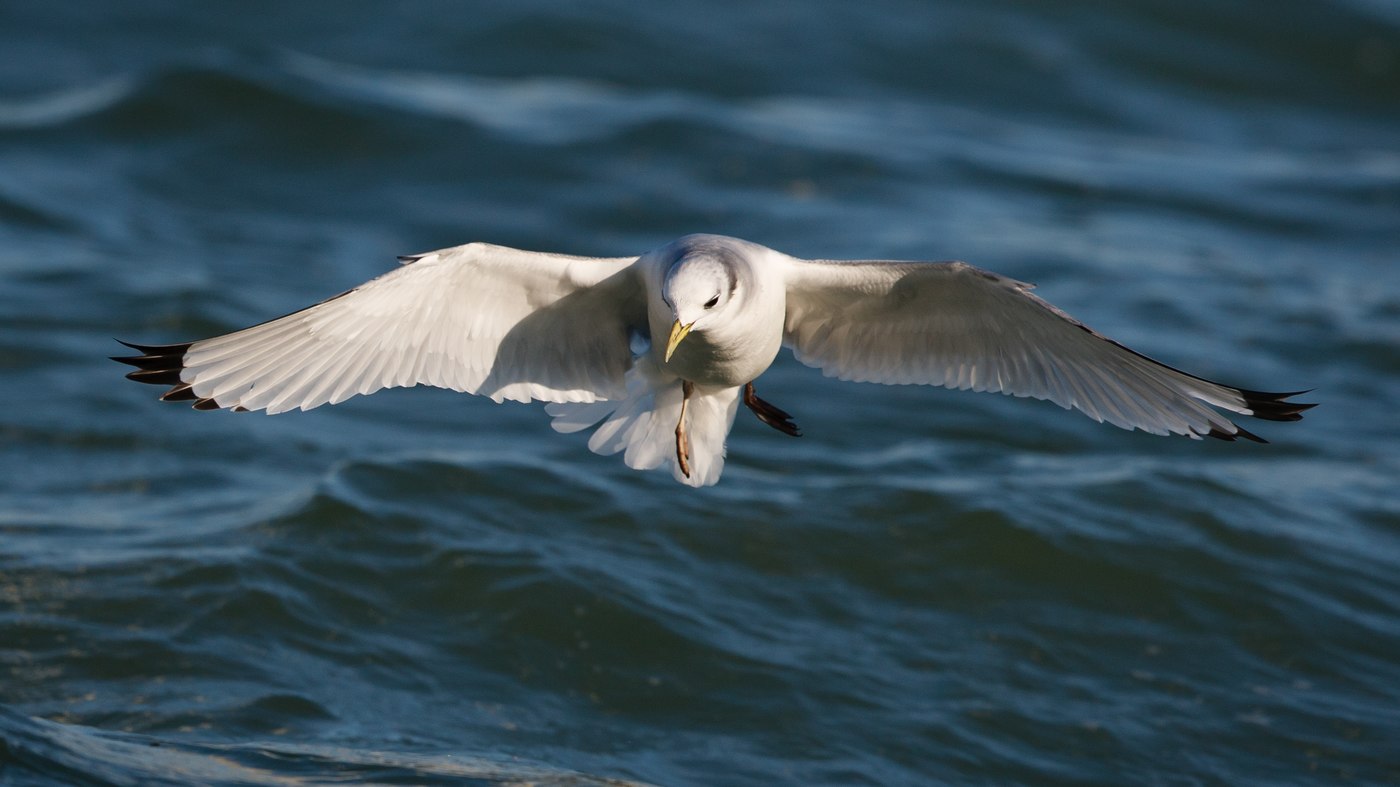 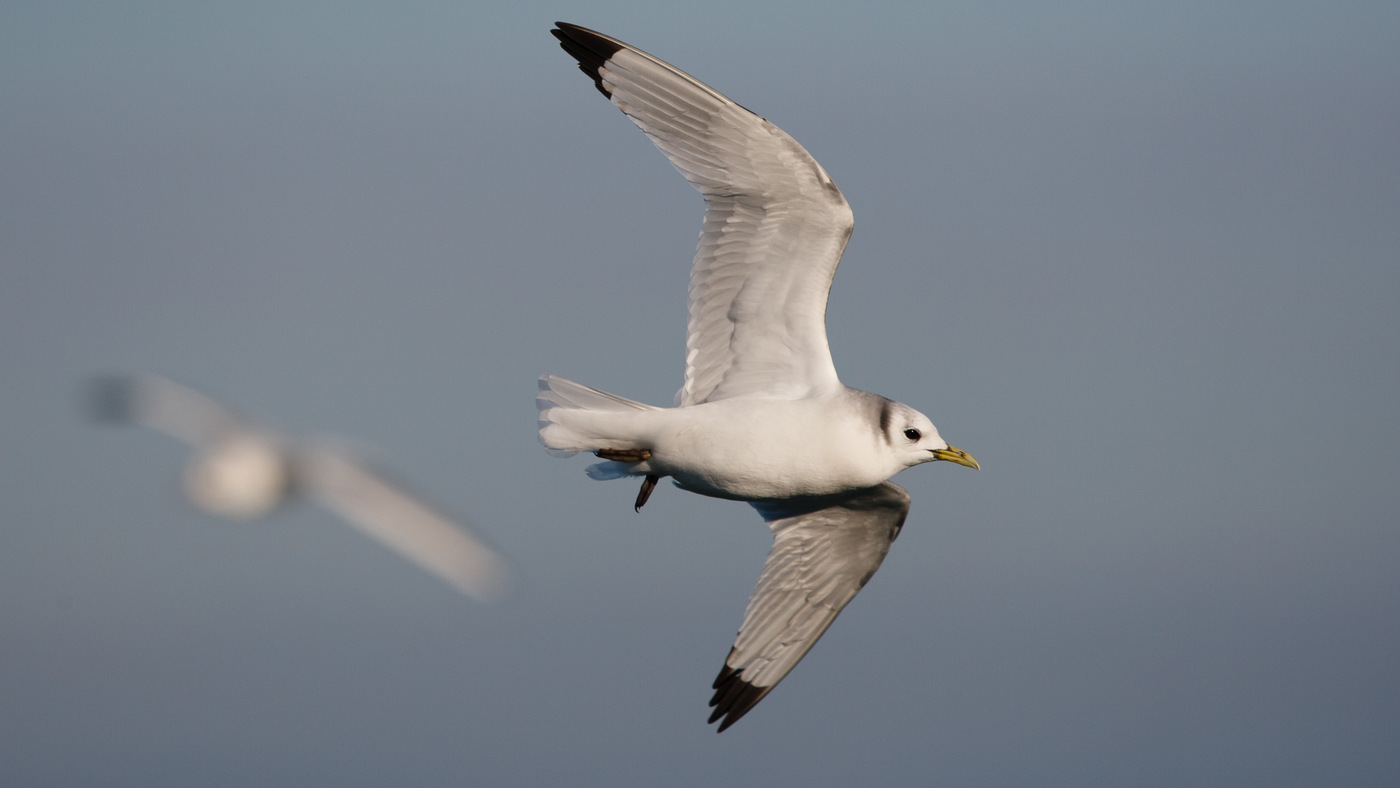 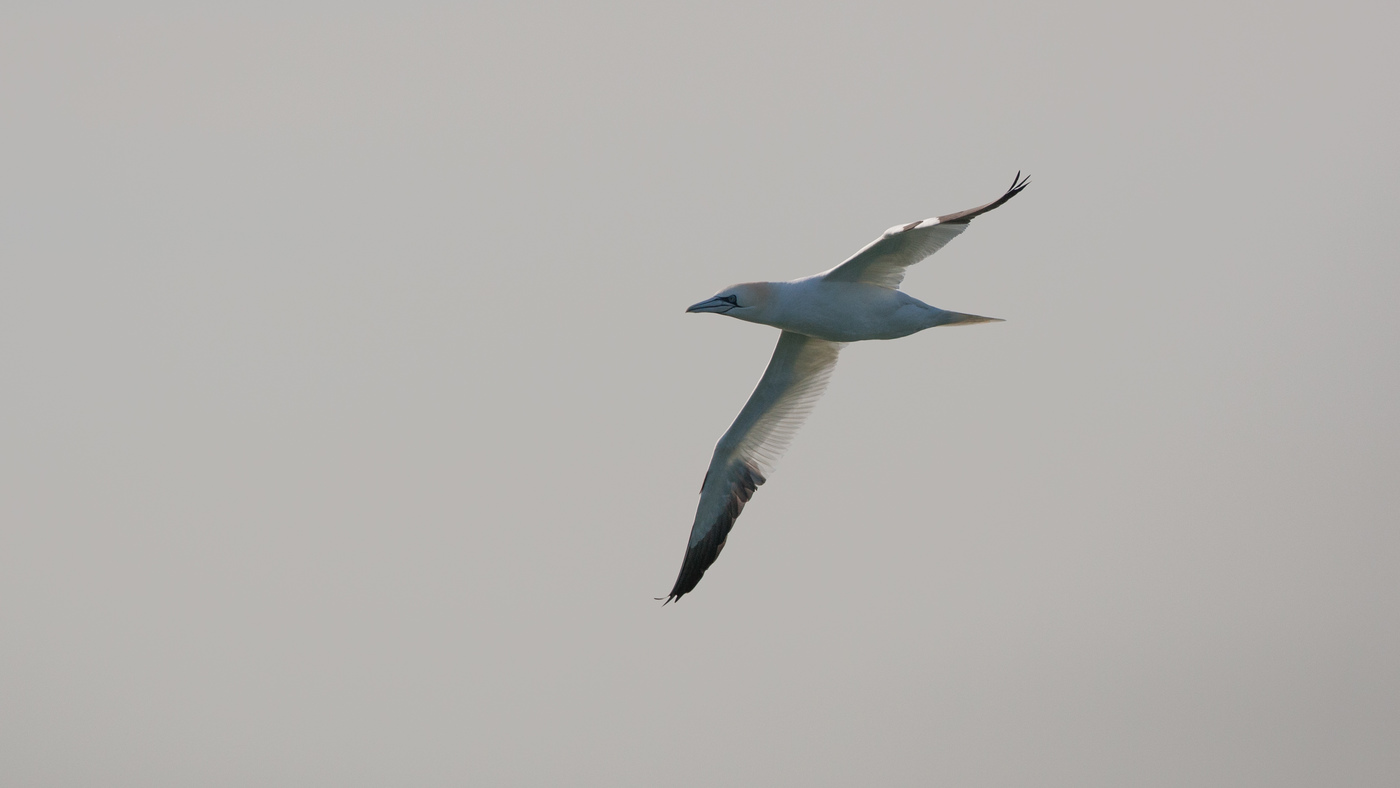 The shipping company had a lot of fish waste and the so called chummen could begin. We started with the dumping of shrimp. Only a few Herring Gulls came for the offered goodies. The first hour was very quiet. The chummen was extended with fish waste and now the group of Gulls behind the boat grew bigger. An adult Black-legged Kittiwake appeared, the bird was missing a piece of its tail and could easily be recognized again. The first Guillemot was seen and a Goldeneye flew by. The large group of Gulls was built of mainly Herring- and Mew Gulls and a few Great Black-backed Gulls. In the distance, a Little Gull was discovered, I was happy because this species was missing on my monthly list.

Instead of my monopod tripod I had a sling mounted on my camera and that worked OK. The new lens is light enough to carry it around my neck. And in addition, you have the advantage to have both hands free. This is the first time I really shoot images of flying birds with the new lens and to test the autofocus. The Black-legged Kittiwakes flew very fast and not in a straight line but still the focus was very good and there were some nice plates shot. The adult Kittiwake was joined by a younger one and the two birds remained throughout the journey behind the boat. A Razorbill that counts for the year list came flying in and landed at some distance of the boat into the sea. At sea a group of Lapwings was discovered and later also a Skylark was seen. 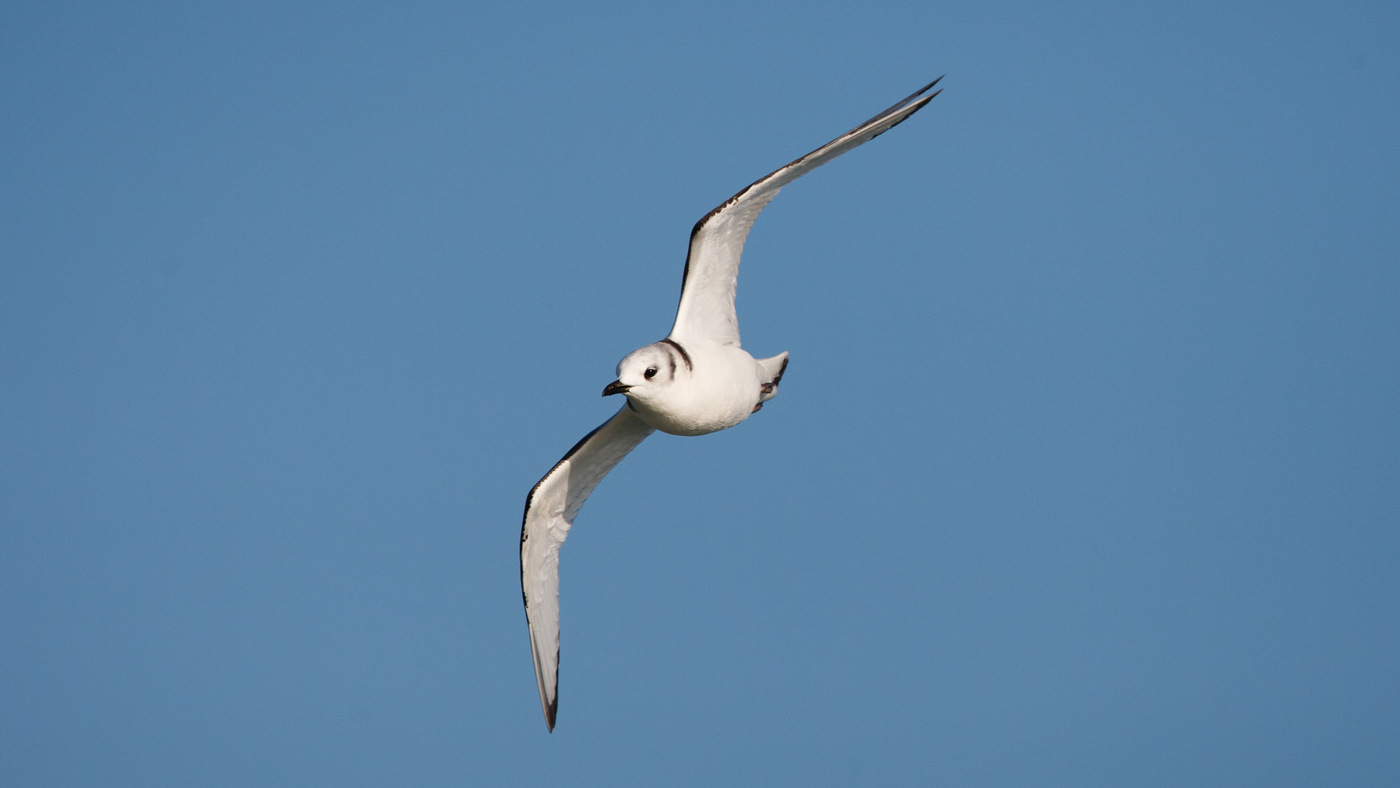 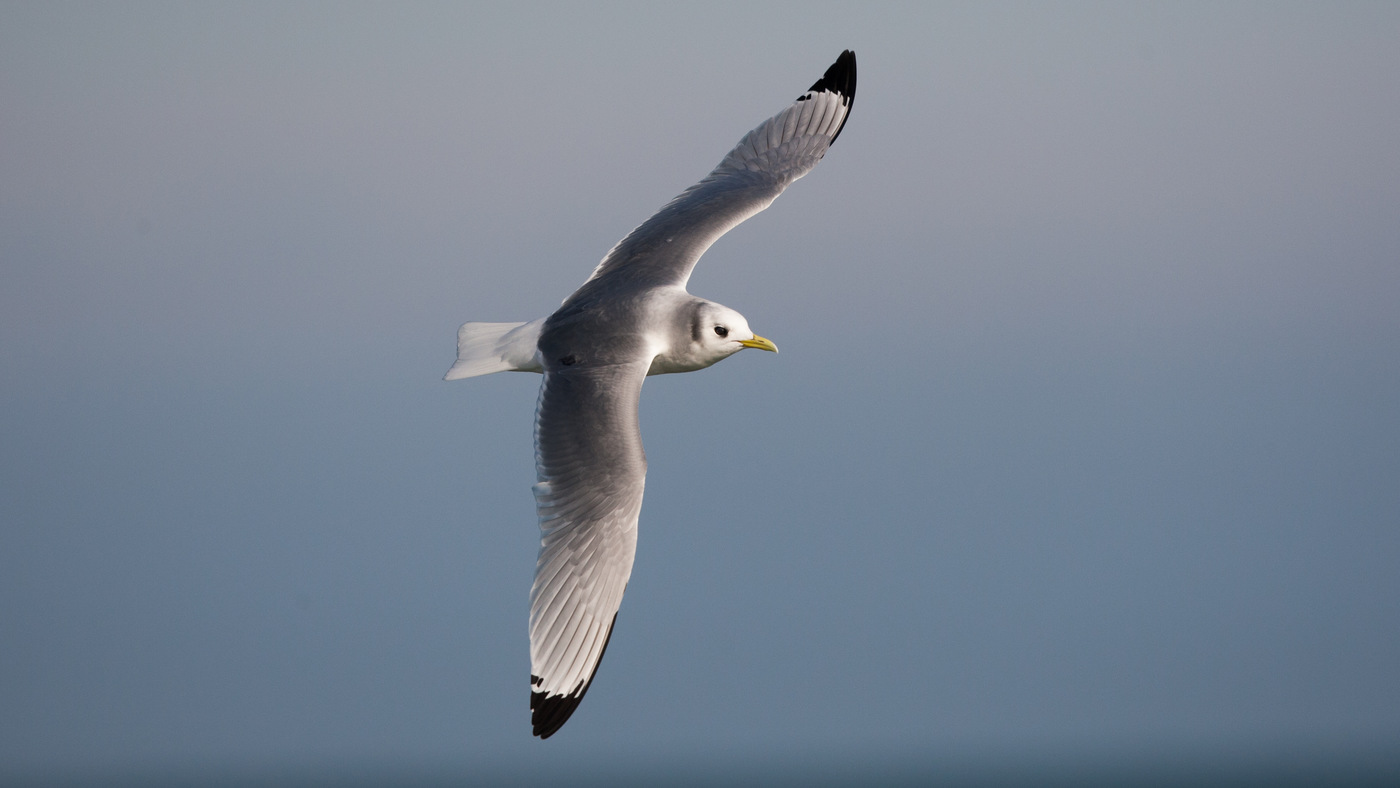 A Northern Gannet past and later a second bird was seen. 2 Little Gulls were attracted to the viscera but remain remote. It is now time for coffee and a sausage sandwich. With a full stomach I returned back on deck. Behind the boat the group of Gulls had grown tremendously. The birds fight to the waste offered and I was amazed to watch them swallow half a fish at once. Occasionally a Guillemot is seen and 2 Razorbills are seen sitting together. The boat turns and the ride back to the port is deployed. Secretly, we continue to hope for a Skua or a Shearwater but unfortunately nothing happens. At half past three we lie back at the dock and I say goodbye to Alwin and Joep. Although there were not many species it was a nice day. I was certainly happy with the Little Gull and 2 new year species were added at the year list which now stands at 166 species. 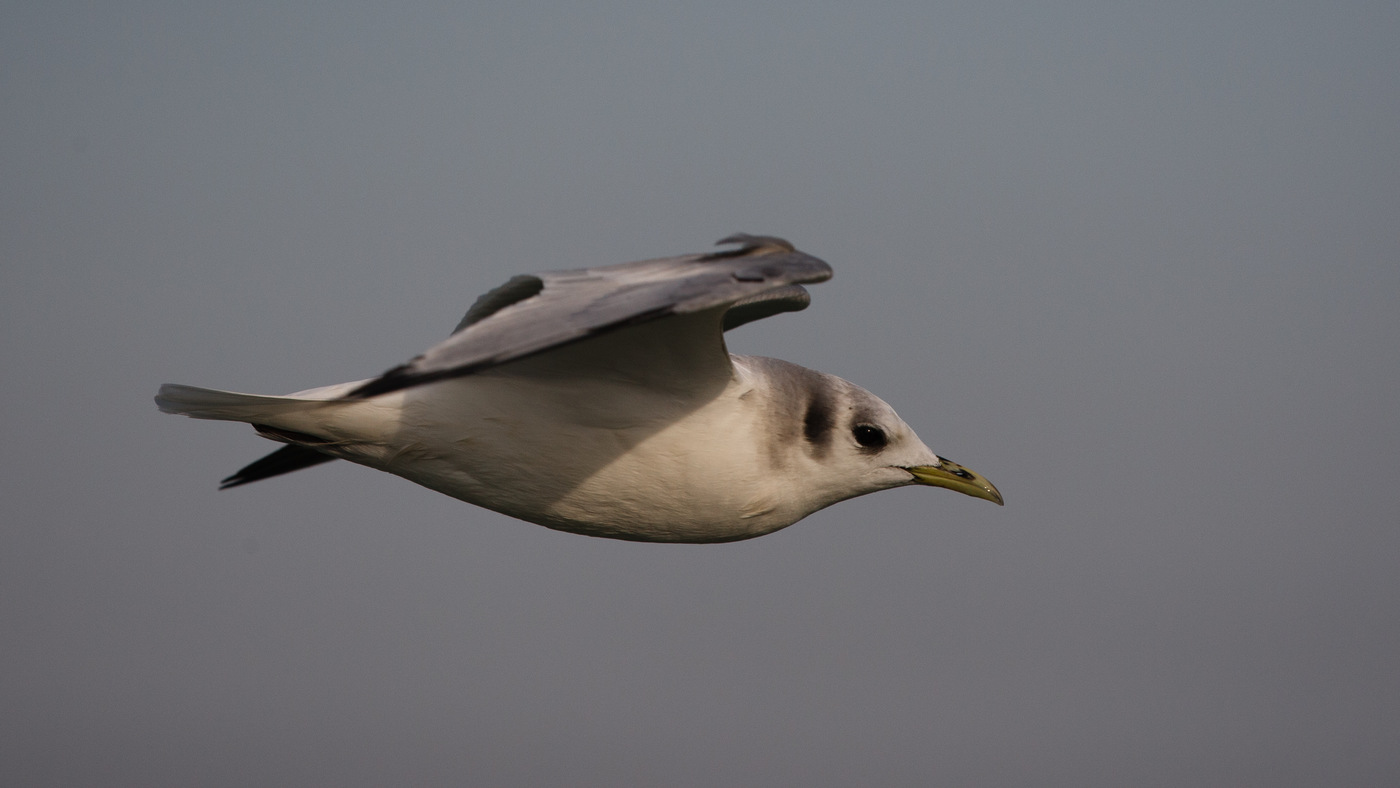 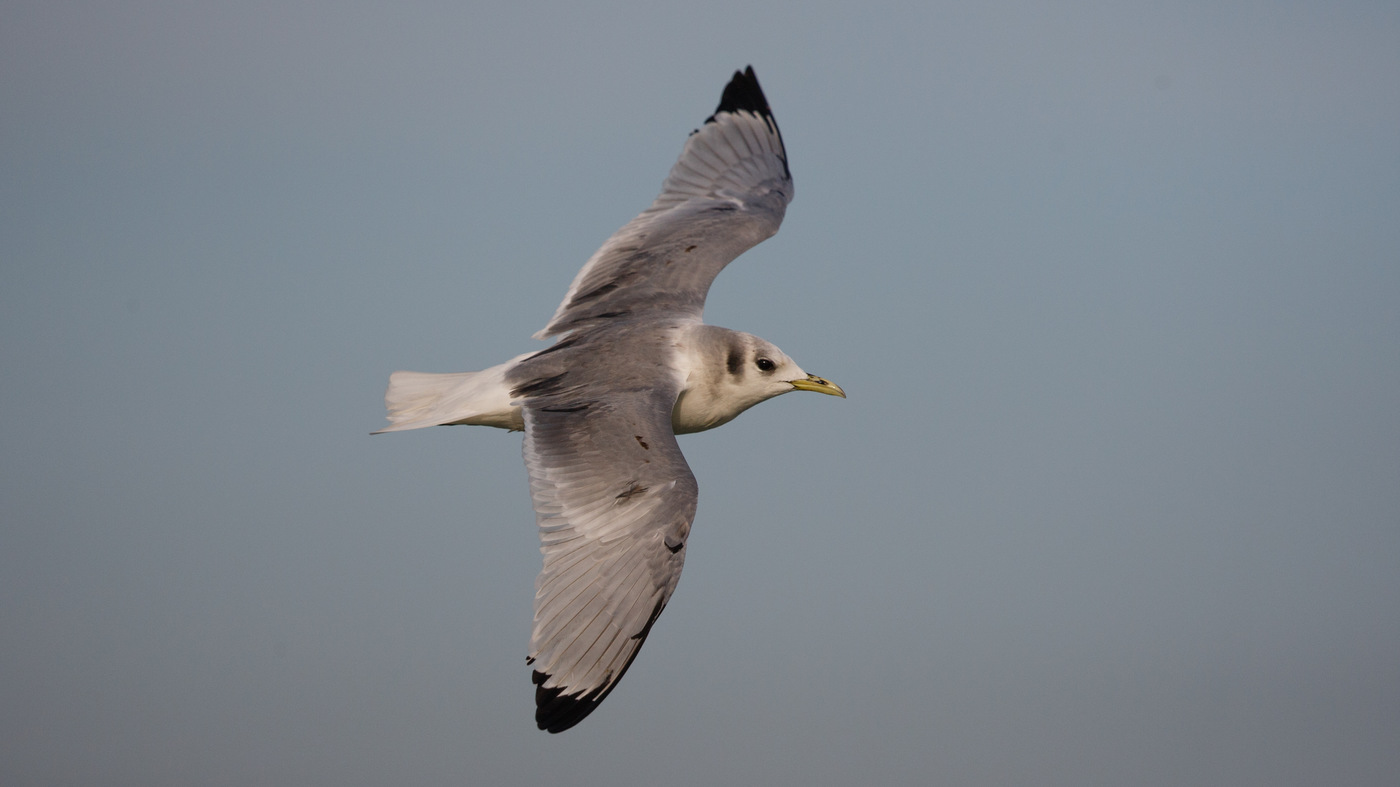