Caspian Stonechat on the island of Vlieland 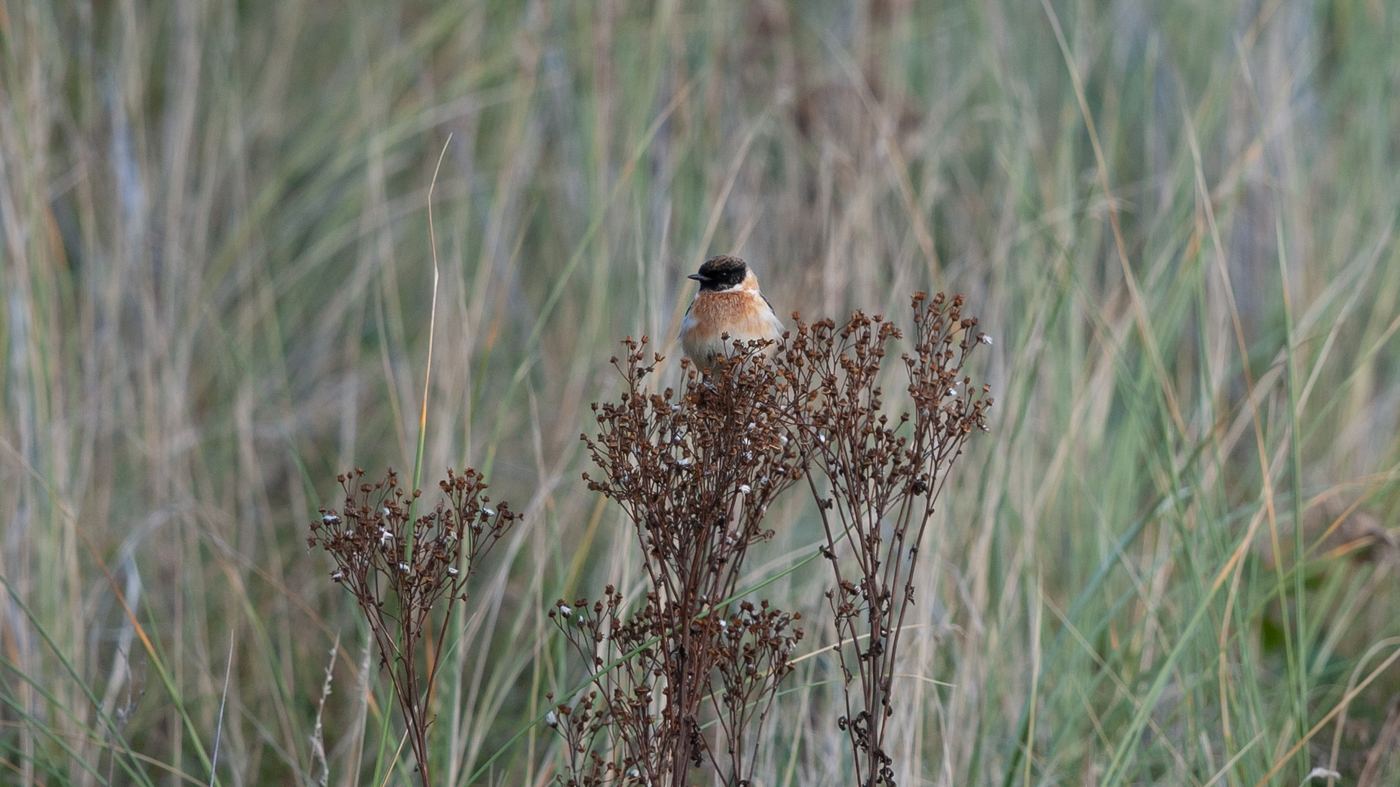 On Saturday, in the afternoon a Caspian Stonechat (Saxicola maurus variegatus)was found on the island of Vlieland. This is a subspecies of the Siberian Stonechat but extremely rare in Europe. Up to now, only a few copies are seen. It is very likely that this bird is going to be a split, so certainly it must be on the list. On Vlieland there also was plenty more to see. A day to Vlieland was not a difficult decision. 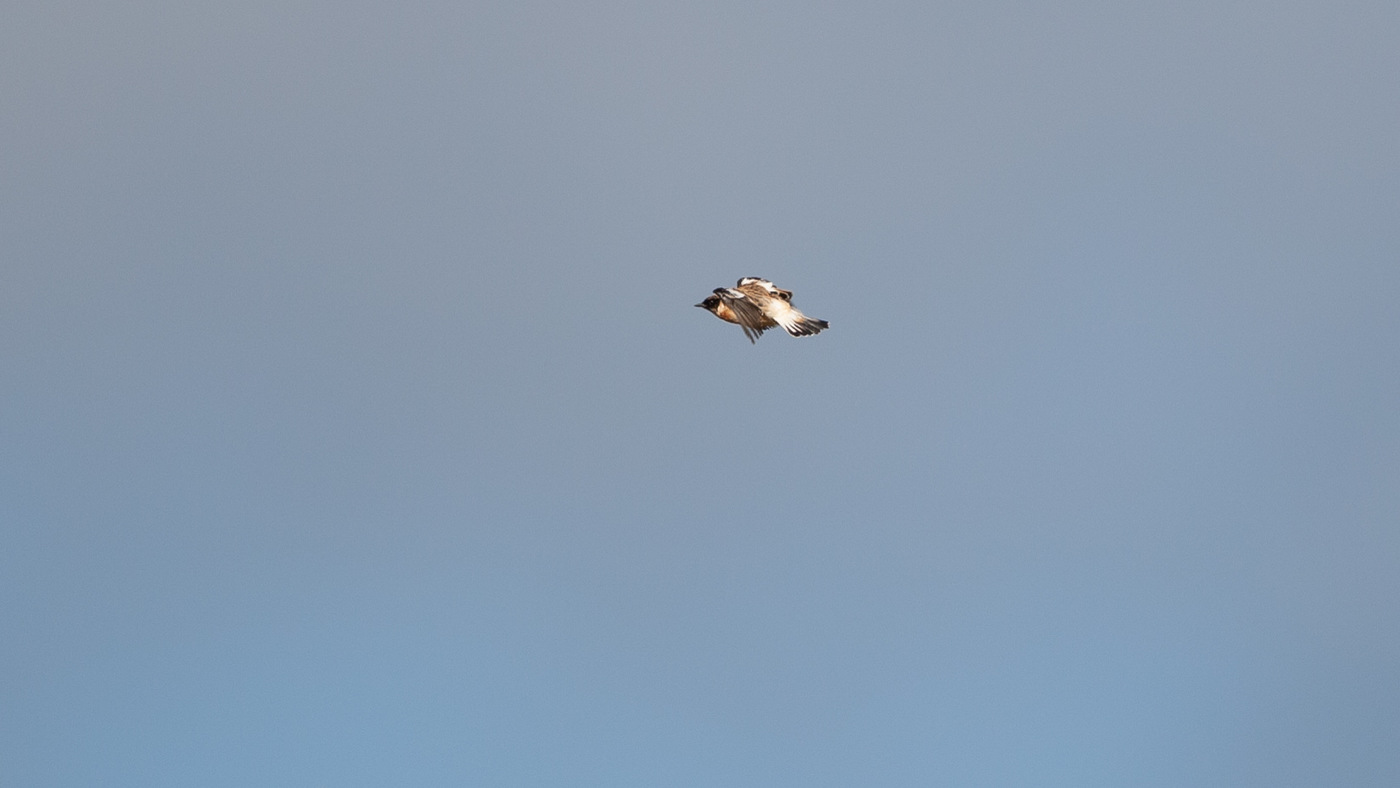 Pieter & Maartje wanted to come and after some research it showed that the first ferry departed at 10.40 am. That was a bit disappointing but did not stop us going. At 7 o'clock I was at the carpool spot in Huizen. Pieter & Maartje were on time and quickly we drove into the Flevopolder. Here we wanted to score some months species in the form of the Red-crested Pochard and Greater Flamingo. This worked but unfortunately the Caspian Terns were no longer present at the Vossemeer Plate. We spent a short visit to the migration site Kamperhoek and reasonable numbers of birds flew here. The trip was continued and around ten o'clock we were in the port of Harlingen. The Caspian Stonechat was not reported yet and doubt came to make the crossing. 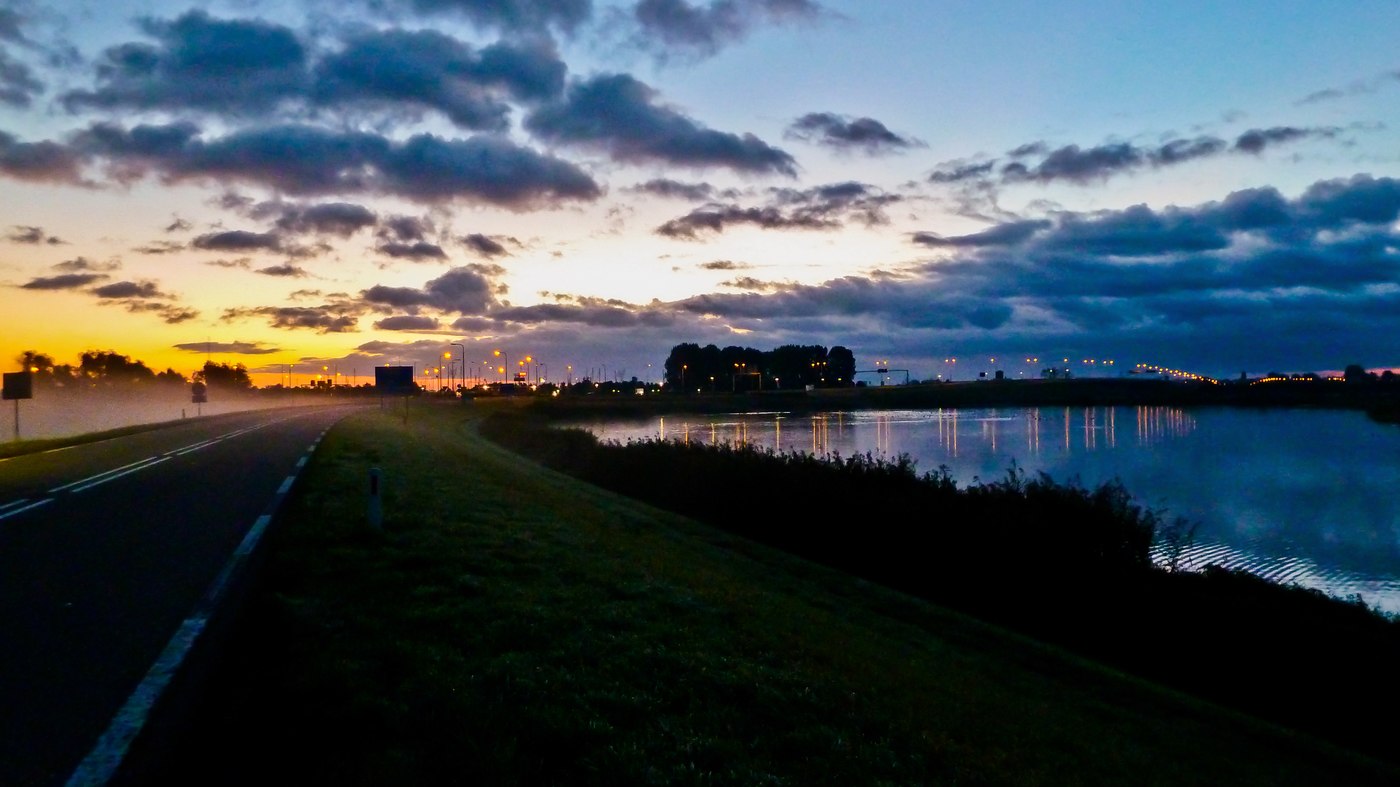 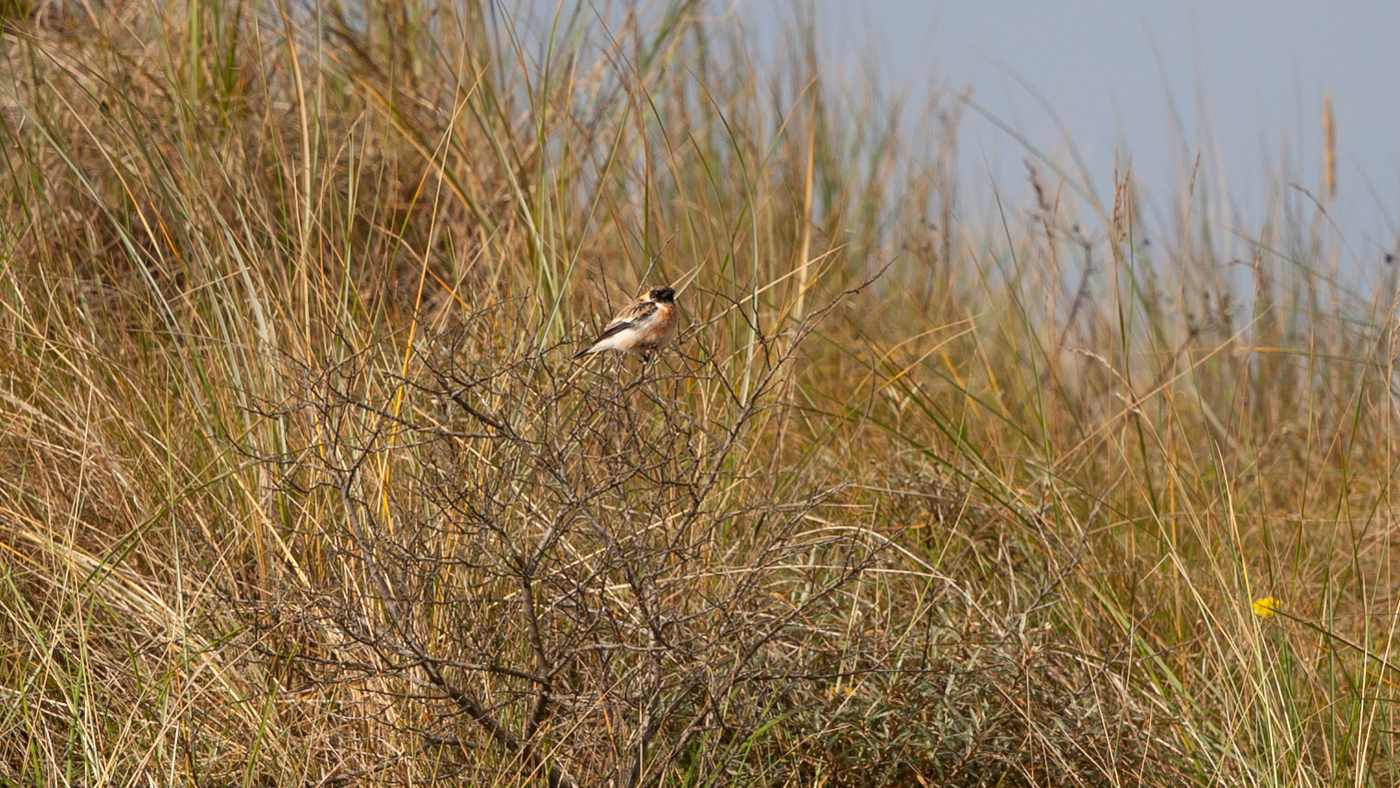 After some discussion, the knob turned and we decided to risk it anyway. When we got in line for the tickets the redeeming beep came in! The bird was found in the same place. Delighted we went on board (fortunately) the speedboat. The crossing was not fast enough but it was not long before we were on the other side. We were not the only birders who made the crossing and jointly, with about 15 men, were rented bikes and the trip was continued. The bird was not too far away but on the way we got a message that the bird was not visible anymore. This was pretty rough and on arrival at the spot the bird was actually gone. The group split and everyone went searching. I walked into the interior of the island and found Thijs Fijen. Together we walked back to the beach ridge and this was further refined. 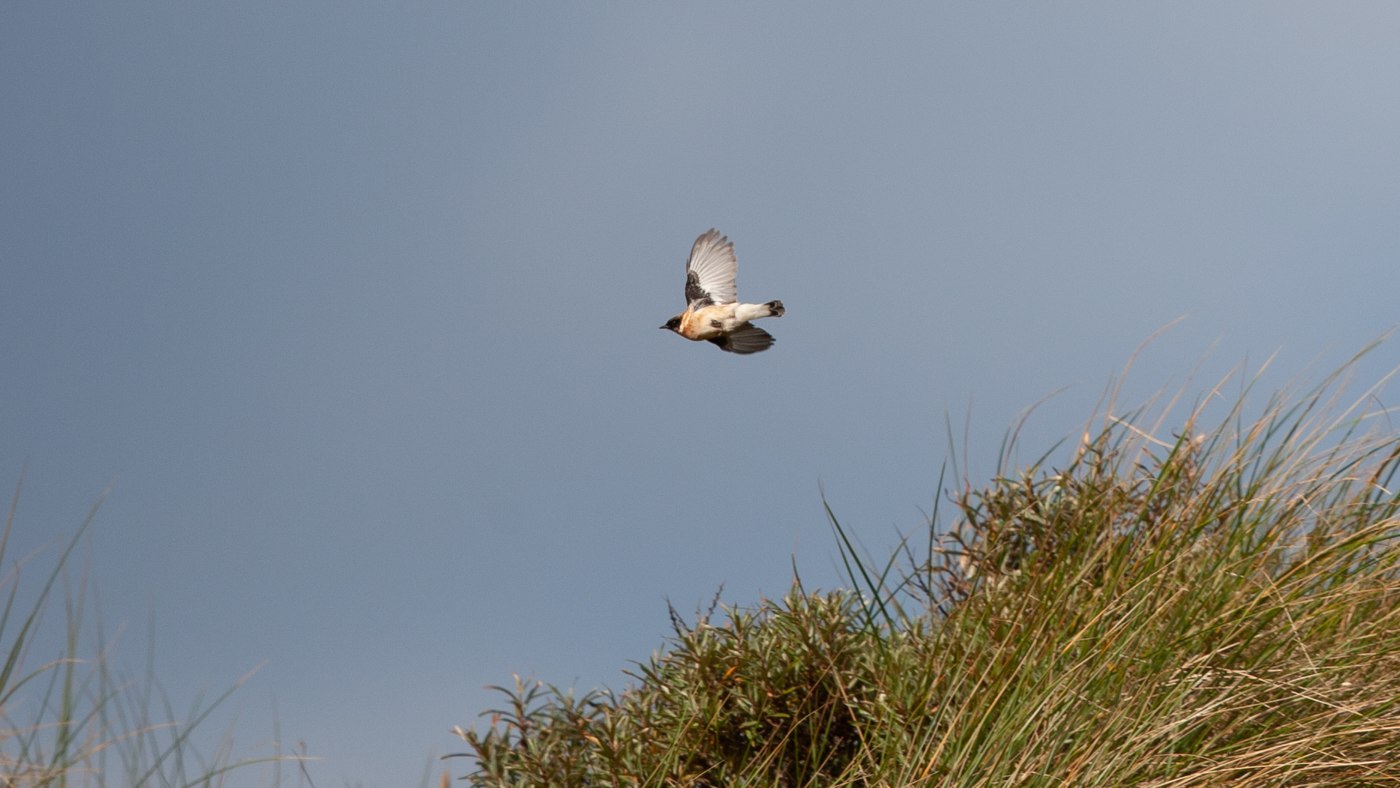 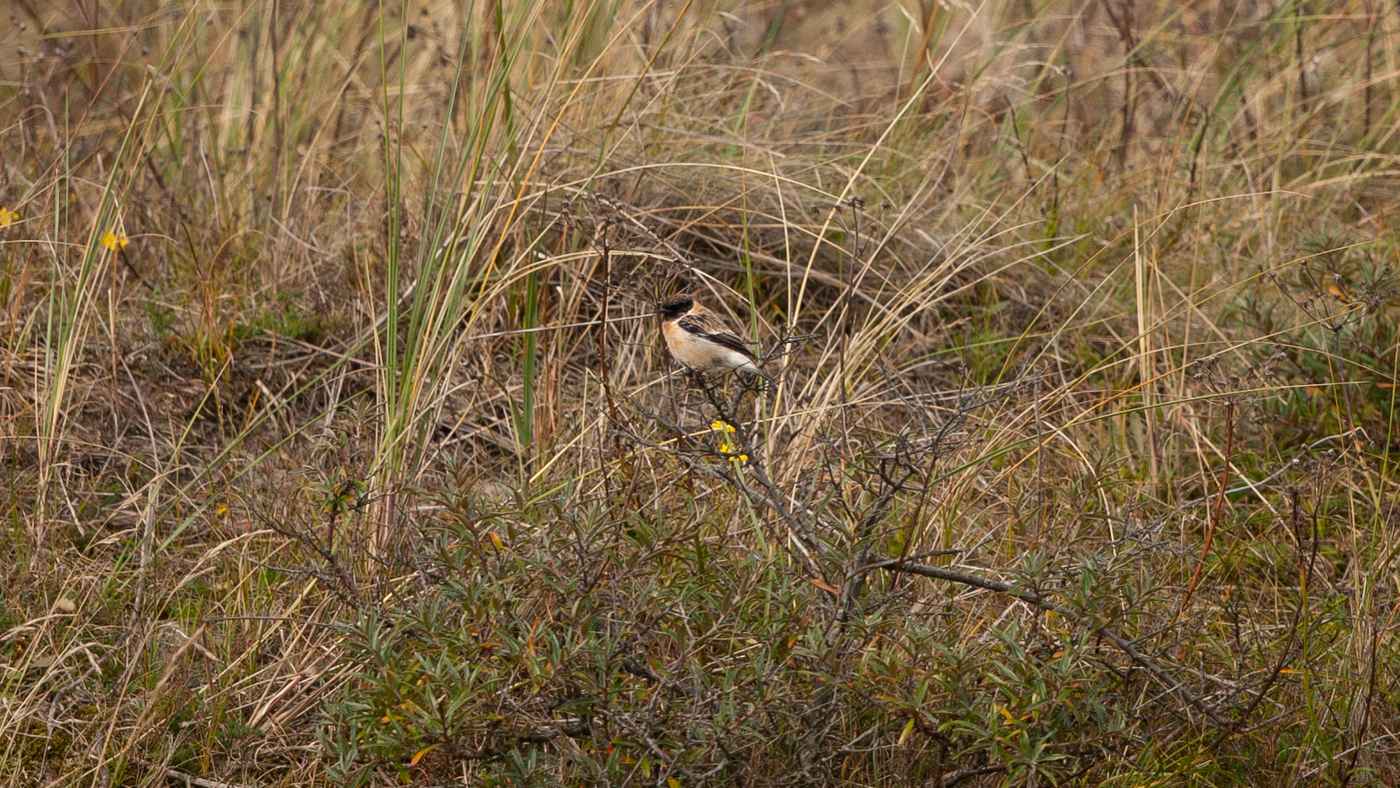 Suddenly I was called by Pieter: The bird is found in the same place, where our bikes are! Said an excited voice. It was not far and the pass was significantly increased. In the distance I saw a group of birders standing and on arrival found the bird again no longer in the picture. Fortunately this did not last long and at the top of a dune, the Caspian Stonechat was sitting nicely. I managed to make some distance pictures and also some pictures in flight. We stayed here for quite some time and the bird was intermittently nice to see. Pieter & Maartje wanted to go to a reported Richard’s Pipit and I stayed behind in the hope of some better plates. Soon after their departure the bird flew towards the interior and the hope of getting better pictures was gone.

The best option now was the Richard’s Pipit which sat on the Westerveld. Together with Hans Bossenbroek we cycled to the wadkant. Here the Richard’s Pipit was quickly found and this is a new year species for me. We set sail to camping site "De Lange Paal " where we could list a Yellow-browed Warbler. The plots were further searched but revealed not much. We were booked on the last boat back at 16.45 pm and it was high time to return back to the port. Here the bikes were returned and along with about 100 other birders the crossing began. During the trip An Arctic Skua was seen. In the port of Harlingen a juvenile Northern Gannet was put on the photo. 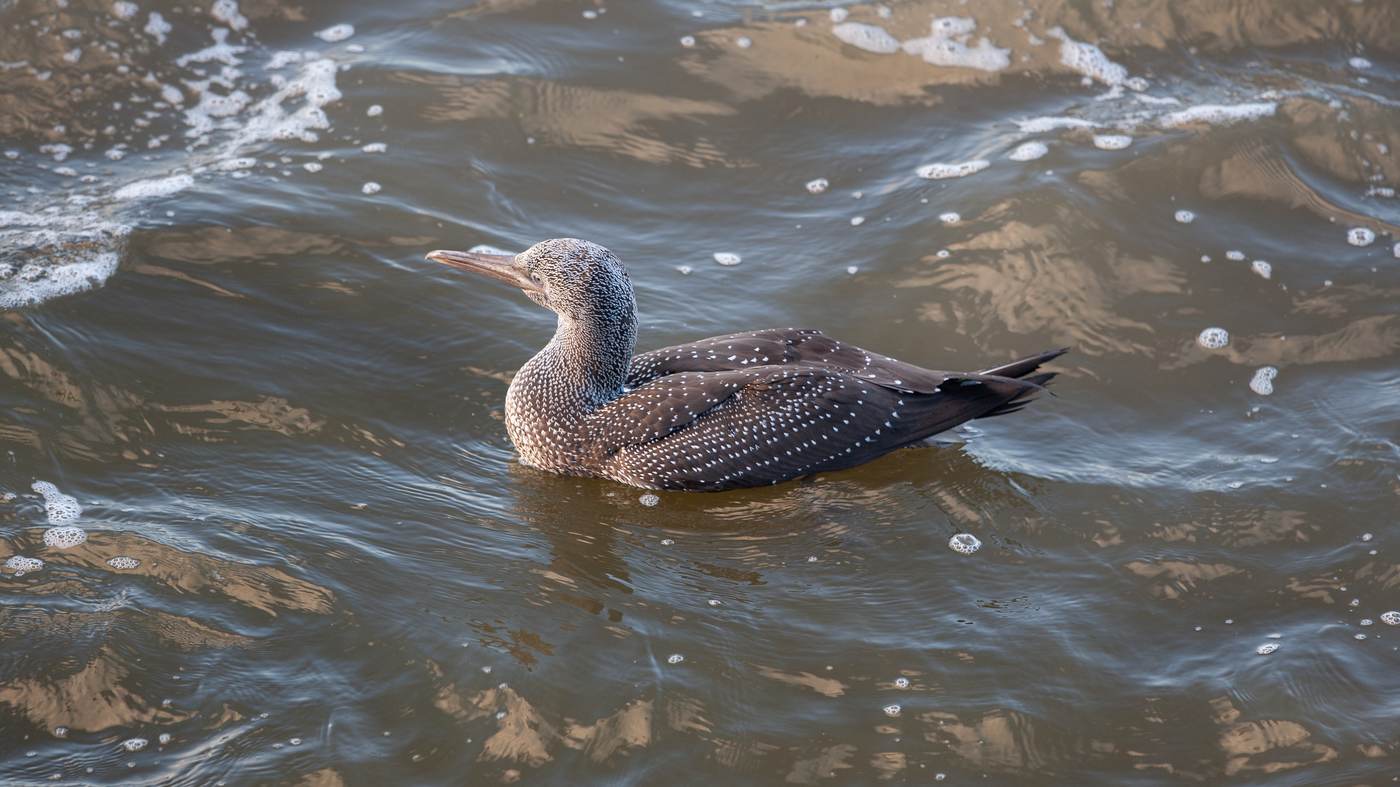 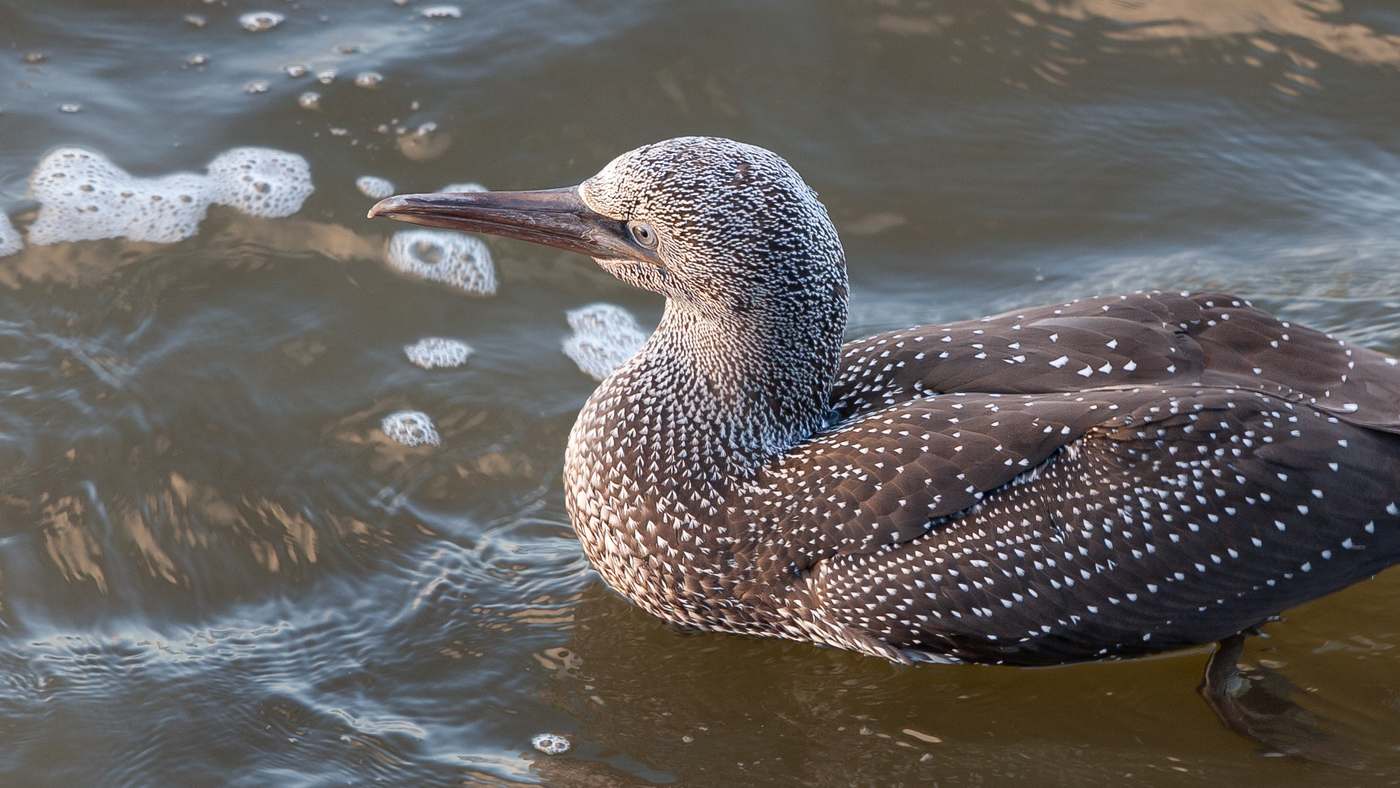 On the way home we stop at the height of Almere in a restaurant for a good meal with a good tasting beer. It had been an excellent day and perhaps a good taste for in 2 weeks when we are again on the island of Vlieland for a weekend.