Day of month listing in the province of North Holland

November and a new month has started and the observations were scoured for new month species. On the island of Texel were some very good including the still present Steppe Grey Shrike. Pieter had the same idea so we went together. We wanted to take the boat from 8.30 am but due to some miscommunication we were in a different carpool. This gave a slightly delay but in Den Oever there were Waxwings present and now we had time to pay them a visit.

Around 7.45 am we stopped at the place where the Waxwings were yesterday. Almost immediately we see a bird sitting. The Waxwing counts also for my year list and there were a few nice pictures made. Before we move on to Den Helder we count 4 more Waxwings. At 9.30 am we are on the boat and the crossing is fast. We start with the Steppe Grey Shrike of which every trace is missing. There is a huge wind and we argue that the bird will later in the day appear. We continue to find the Black Stork who sits on Texel also for a while now. This is not an easy beast what we have experienced during the DBA weekend. Even now he seems impossible to find and we stop the search because the Steppe Grey Shrike has been reported.

We drive back quickly and find here, at direction of others, the bird in a field near the original site. The bird behaves as a Wheatear and sits occasionally on a corn stubble. We stay here for some time but the bird remains far down and photo opportunities are not possible, unfortunately. Close to Cocksdorp a Black Brant is reported and is missing on the monthly list so that became the next stop. We find the bird quickly and here we see also 2 Light-bellied Brent Geese. Pieter receives a Whatsapp with the message of 2 House Martins in the village of De Waal. Quickly we drive to the mentioned place and find near the church at least 1 House Martin in the company of 3 Barn Swallows. The House Martin counts for the month list and satisfied we start a new attempt for the Black Stork. After much driving around without result we decide to walk the path where we found bird at the DBA weekend. This seemed like a good decision, not because the bird was sitting here but we saw him in the distance flying. The bird landed and we were sure that we would find him here. Again showed why the bird is so difficult because quite a search turned up nothing.

Next target is the Black Guillemot who also sits on Texel for a long time. We started on the west side of the harbour, here the bird was observed yesterday. There was here a huge wind and there was no Black Guillemot in sight. We looked further at Zuiderhaaks port which was slightly more sheltered. Here we found a few Purple Sandpipers but no Black Guillemot. We wanted the take the next boat to the mainland because Olive-backed Pipits are reported in the Robbenoordbos near Den Oever. In the distance we see the boat already coming and therefore we drive towards the harbour. With a score of 4 new month species I am not dissatisfied, Black Stork, Steppe Grey Shrike, Common House Martin and Black Brant. 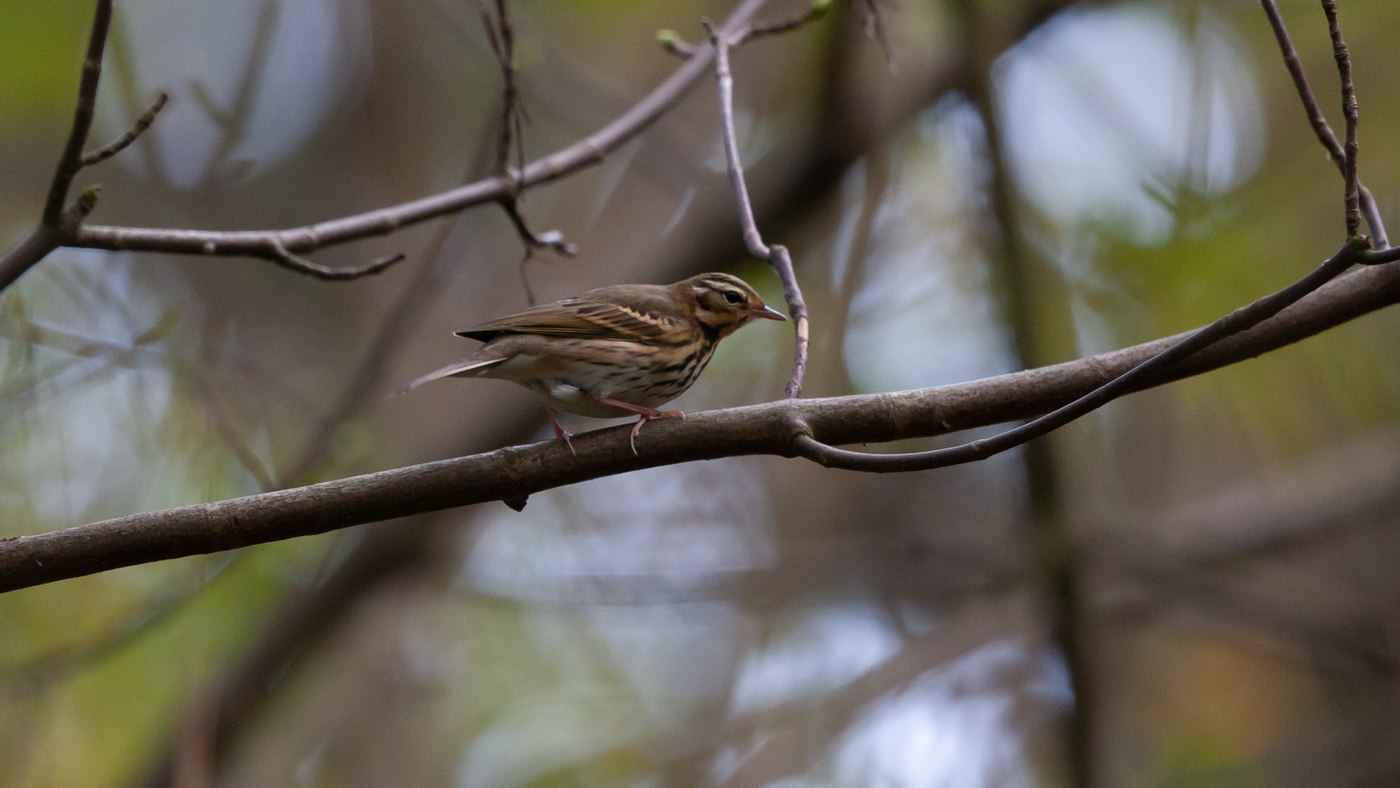 During the crossing there is time for coffee and we investigate the Internet where the Olive-backed Pipits are reported. After about 3 quarters we park the car at the Robbenoordbos and we walk into the forest. After a short walk we join a group of birders who not long ago saw the birds. We wait but nothing happened, Pieter and I go a separate direction and search further. After some time I get a call from Pieter and he has found the birds. I quickly walk to the mentioned place and arriving here I see the 2 Olive-backed Pipits. There are even a few pictures taken. It starts getting dark, so we walk back to the car. It is was a good day with 5 new for the month and one new for the year list.