Eastern Black Redstart and the record of Alwin 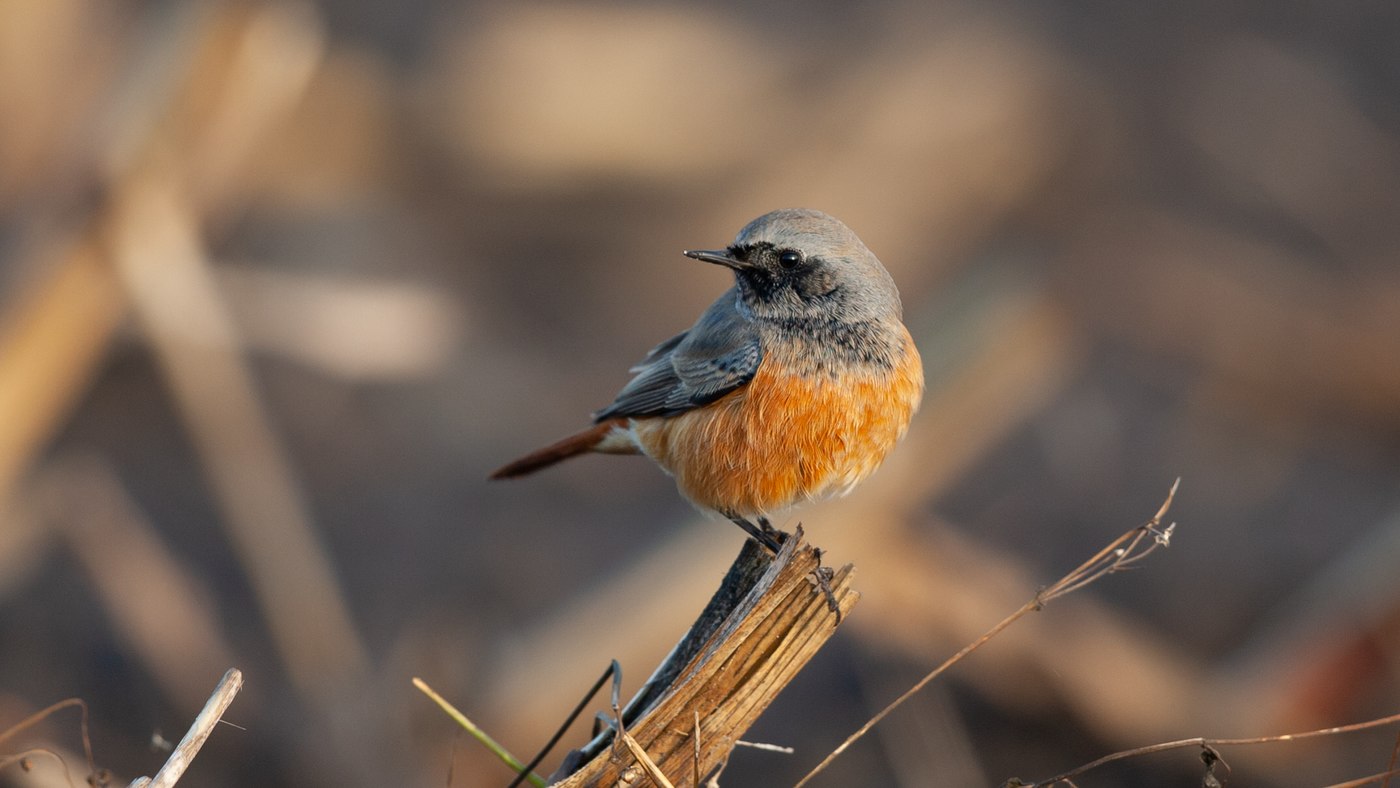 There should be a little sun today and I assumed that the Eastern Black Redstart is still present in Rolde. A new (sub) species for me and there were good photo opportunities. Also there are many groups of Waxwings in the north and a Long-billed Dowitcher who the night before had seen briefly in the Lauwersmeer. Sufficient grounds on Sunday to drive to the north. 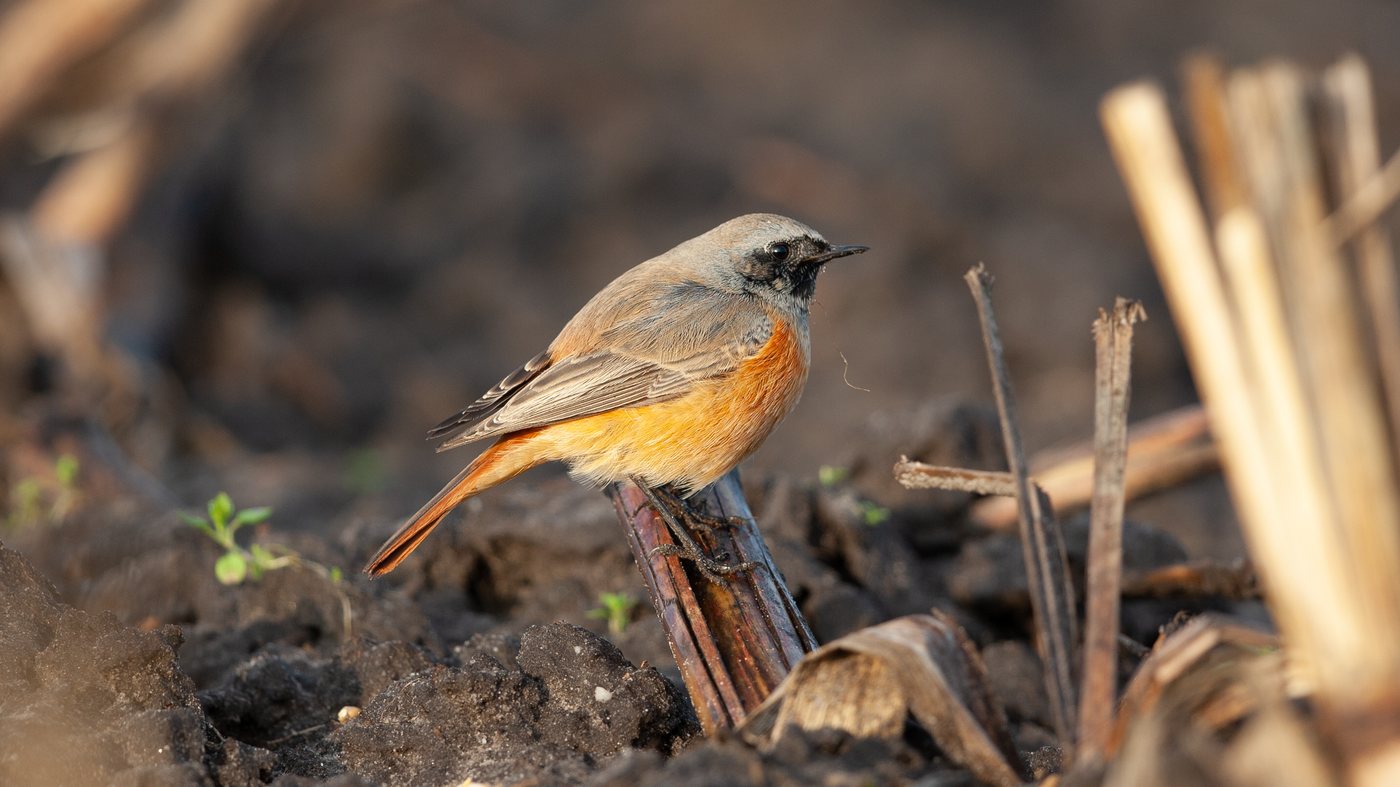 At 7:30 am in the morning I left Uden alone. Until Zwolle was misty and sometimes foggy. From Zwolle the rest of the ride was in a beautiful morning sun. Also at the place of destination it was a beautiful autumn morning. The Eastern Black Redstart was still in place and already there were a few birders present. The bird was indeed very tame and there were nice pictures taken. It soon became crowded with birders and I decided to go do something else. During the sandwiches I took with me the Internet was searched for reports of Waxwings. This was interrupted by the message of the Long-billed Dowitcher in the Lauwersmeer. I started the car and headed directly toward the Lauwersmeer. During the ride I was called by a nervous Alwin, asking what I was doing.

For Alwin this is still a new species this year and it will match the Dutch record. He was still in the province of North-Holland but he was on its way. I replied that I only had a few miles to go and that I would call if the bird was still present. Not much later I drove into the Bant Polder where the bird was reported. He was indeed still there but only partly visible. Alwin was called and reassured that the bird was still there, at that time he drove at the Afsluitdijk. While waiting there was an occasional Whatsapp sent with the status of the bird. It took more than a half hour before Alwin parked his car and came running in the mud with slippers on. The telescope was pointed at the Long-billed Dowitcher, which now sat completely free, and species number 338 of the year was scored and thus equalling the Dutch record! 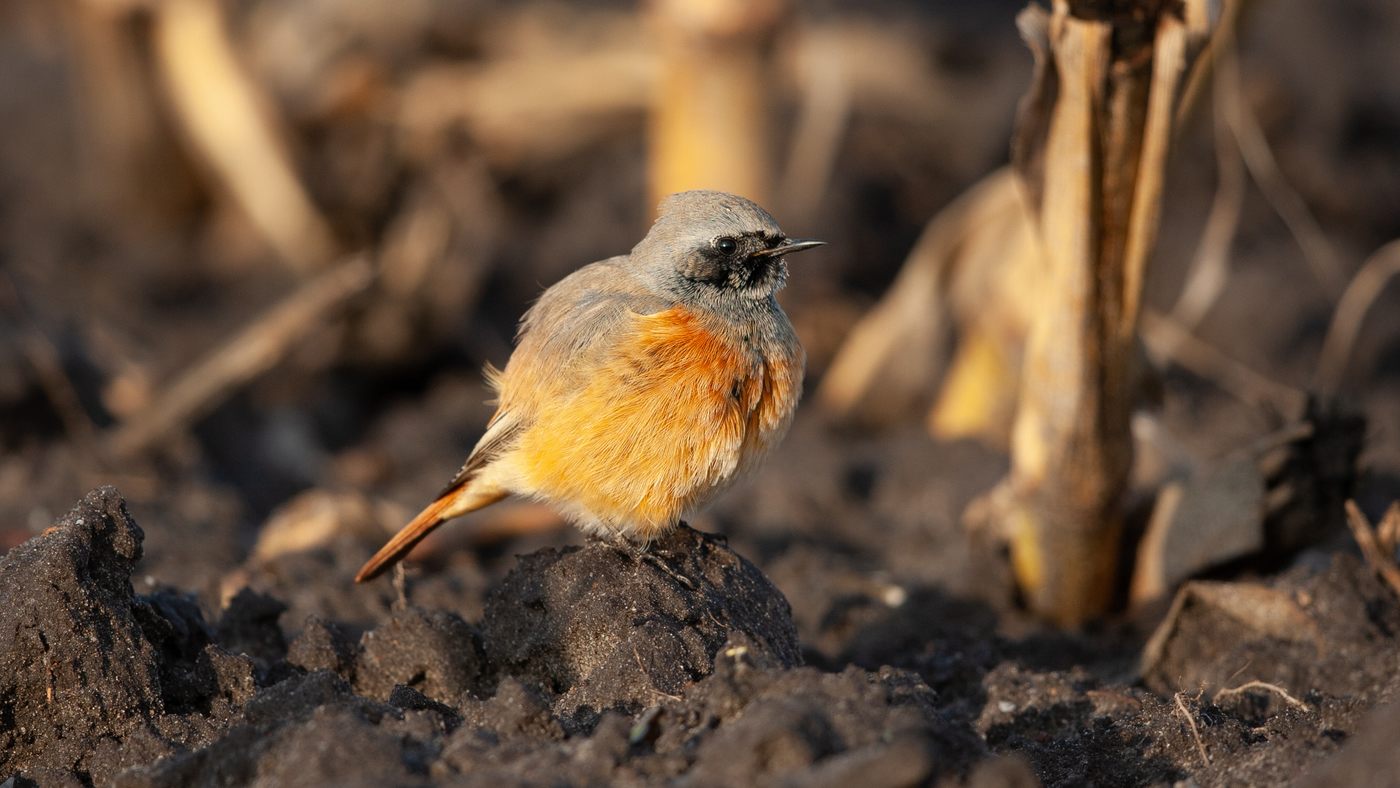 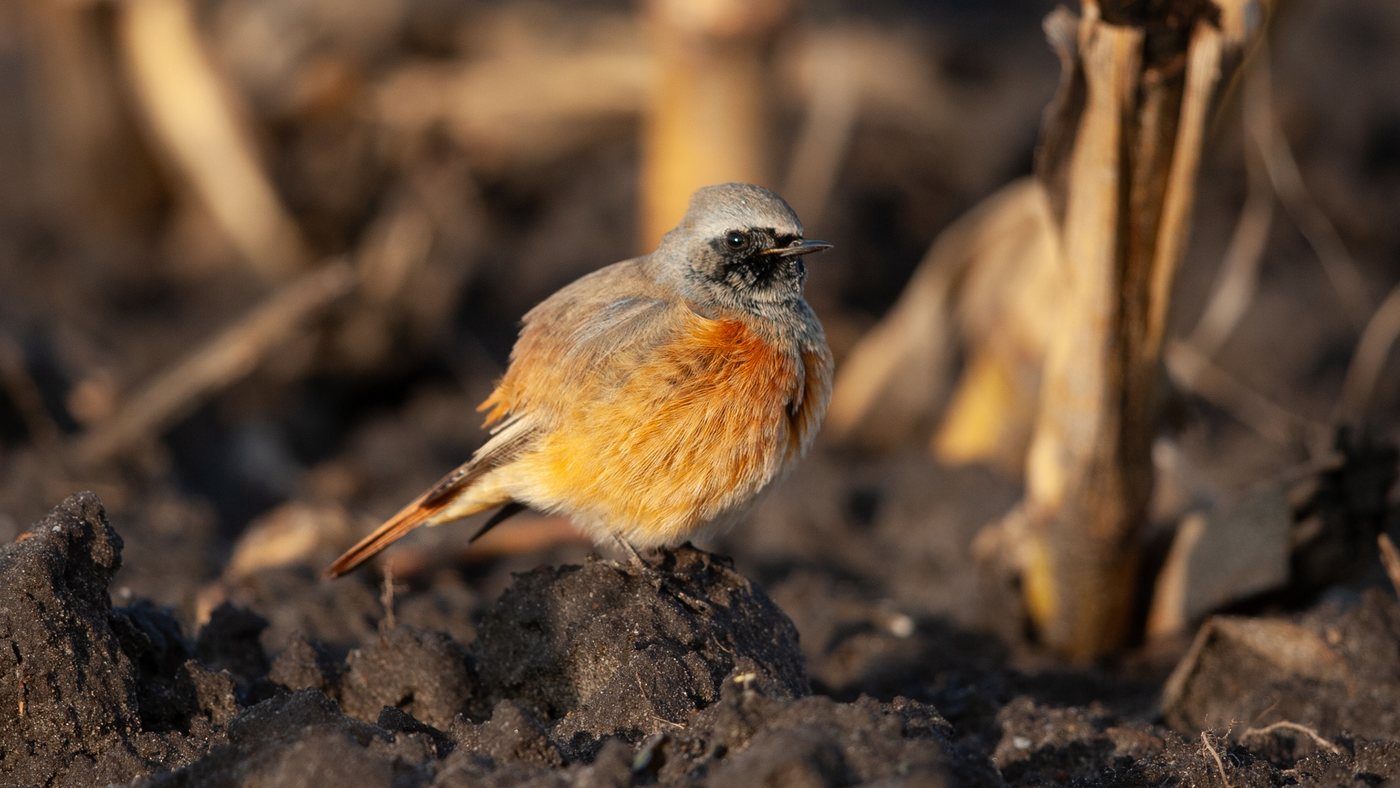 When tempers had calmed down a bit I said: Now we finish it. There are Twite along the dike who also are still missing at year list. Alwin agreed but first we went for coffee in Schierzicht. During the coffee (and kibbling) there was much after talk. Around 13:00 pm we drove back to the Bant Polder and prepared for a stiff walk which was necessary for the Twites. After a good half hour walk we saw a group of small birds flying. The birds flew towards the dike and soon it was clear to me that this were the Twites. Alwin was now also convinced and a new Dutch record was a fact. Congratulations followed, and you saw a relief in Alwin. There were some pictures to capture the moment and there was a Facebook comment. It was not long before the first congratulations through the mail arrived. 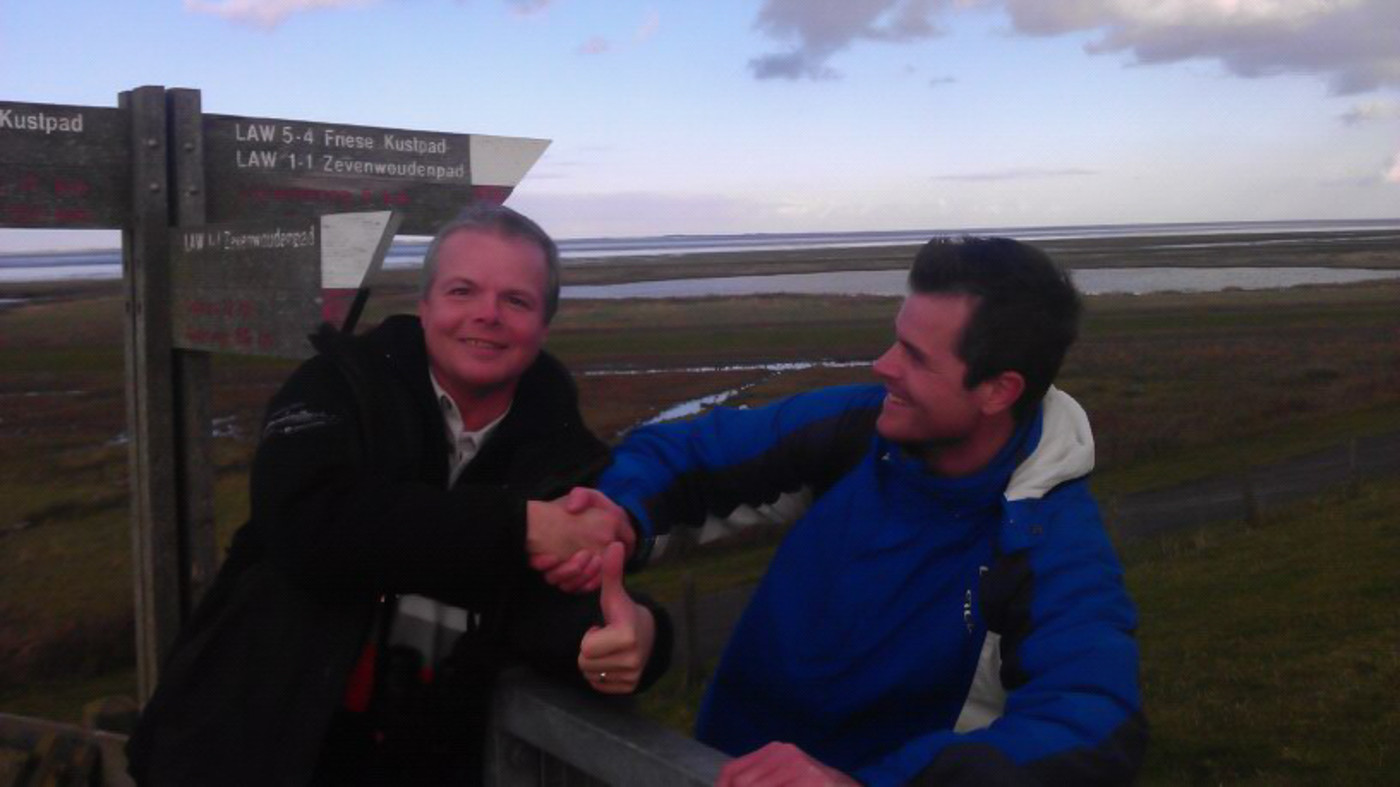 Congratulations for the new Dutch record

We walked back to the car where we said goodbye and I drove back to Uden. The Long-billed Dowitcher also counted for my year list which now stands at 316 species.