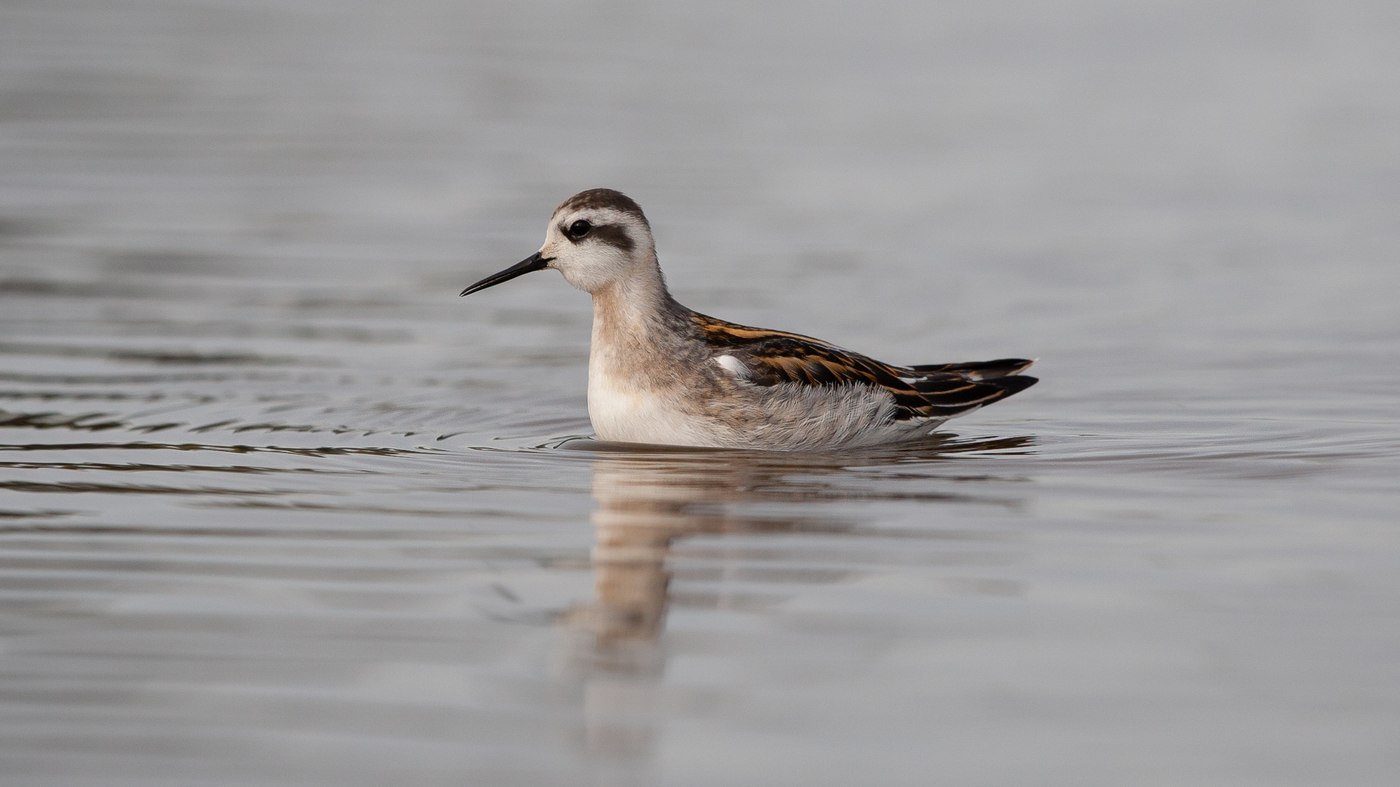 The signs of autumn hang very much in the air and there was a day with good migration predicts. There are throughout the country reports of Yellow-browed Warblers and at our migration site we see the first Song Thrushes migrating. Alwin wanted to add a Richard's Pipit and a Yellow-browed Warbler to his list. We wanted to help and we agreed at half past seven at the parking lot near Putten close to Schoorle. 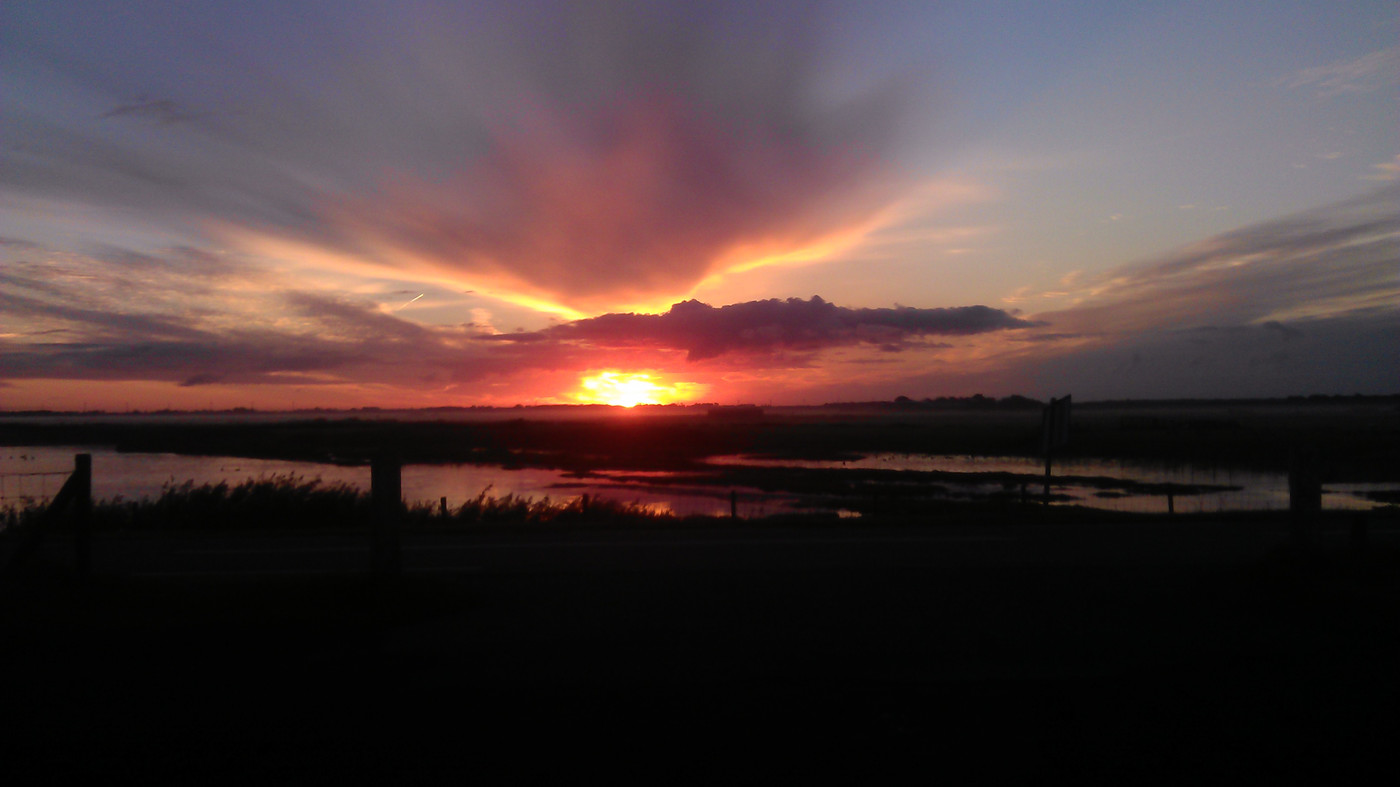 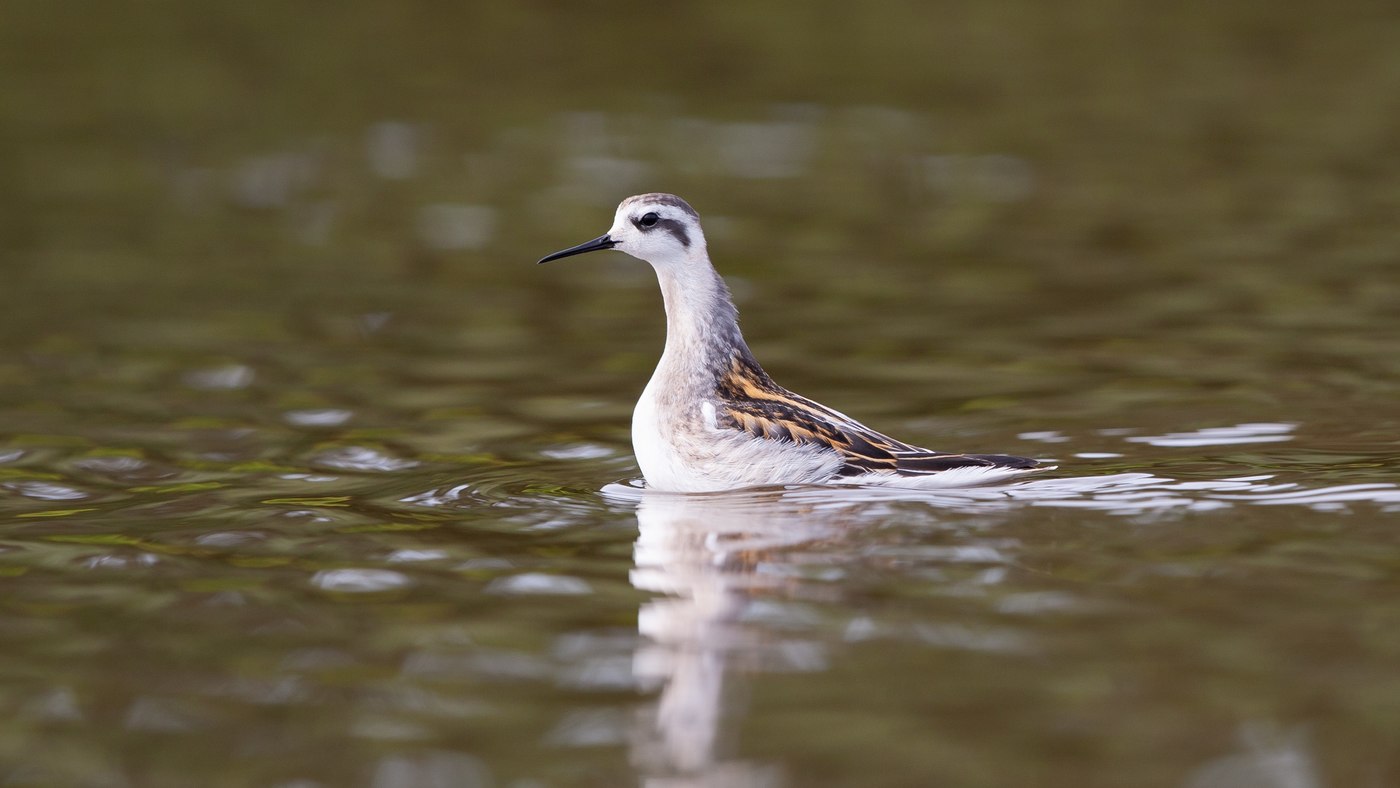 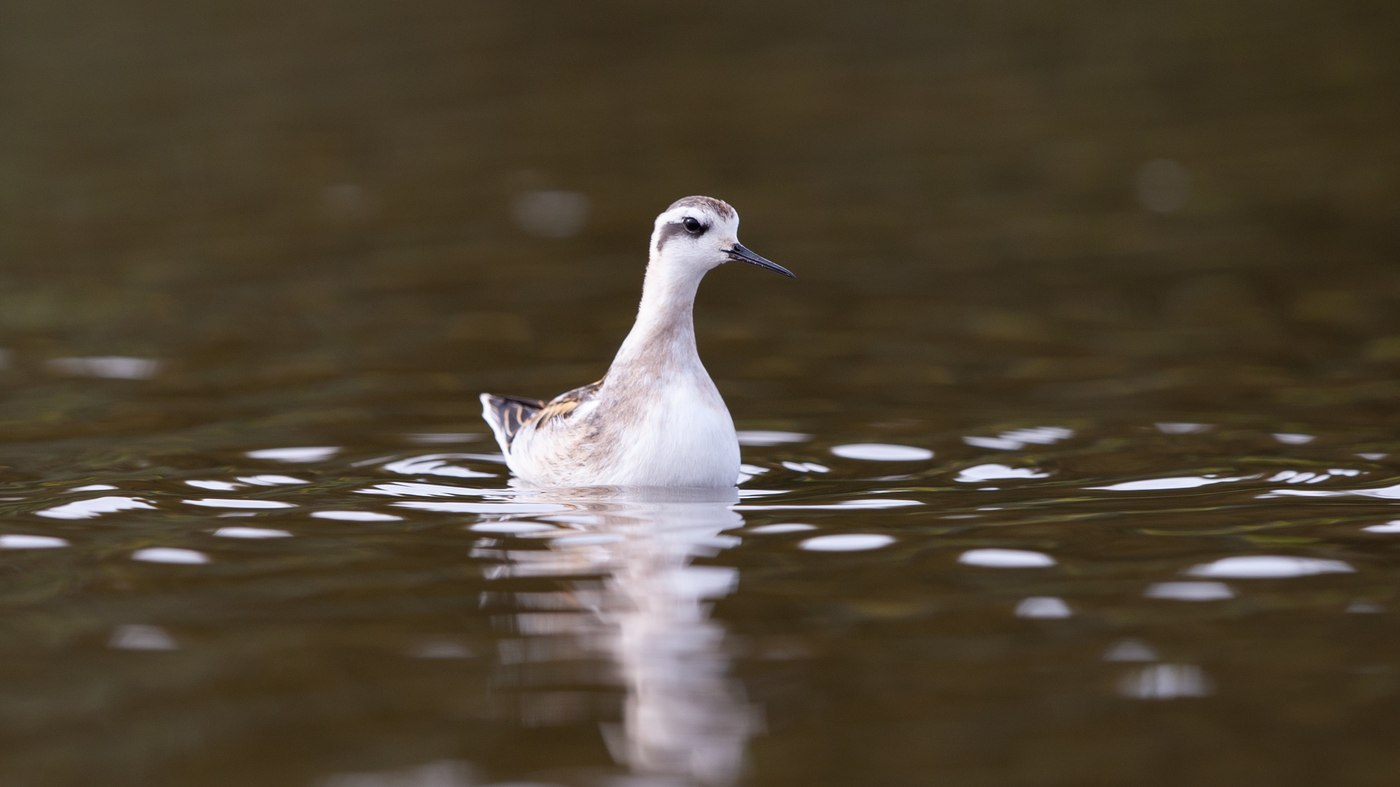 At 6 o'clock I got Thijs and right on time we arrived at the parking lot where we witnessed one of the most spectacular sunsets I have ever seen. Alwin was already waiting and when getting out of the car we immediately heard a Tawny Pipit, a good start. Regularly groups of Meadow Pipits supplemented with occasional Yellow Wagtails flew over. The plan was to walk the dike north in the hope that we stumbled upon a Richard's Pipit. Continuous Meadow Pipits flew over us and a Lapland Longspur was seen and heard. 2 Grey Wagtails were seen but no Richard’s Pipit. We walked till the village of Petten. A brown bird was picked up what caught our attention, it turned out to be a regular Skylark. We decided to walk back to the parking lot. 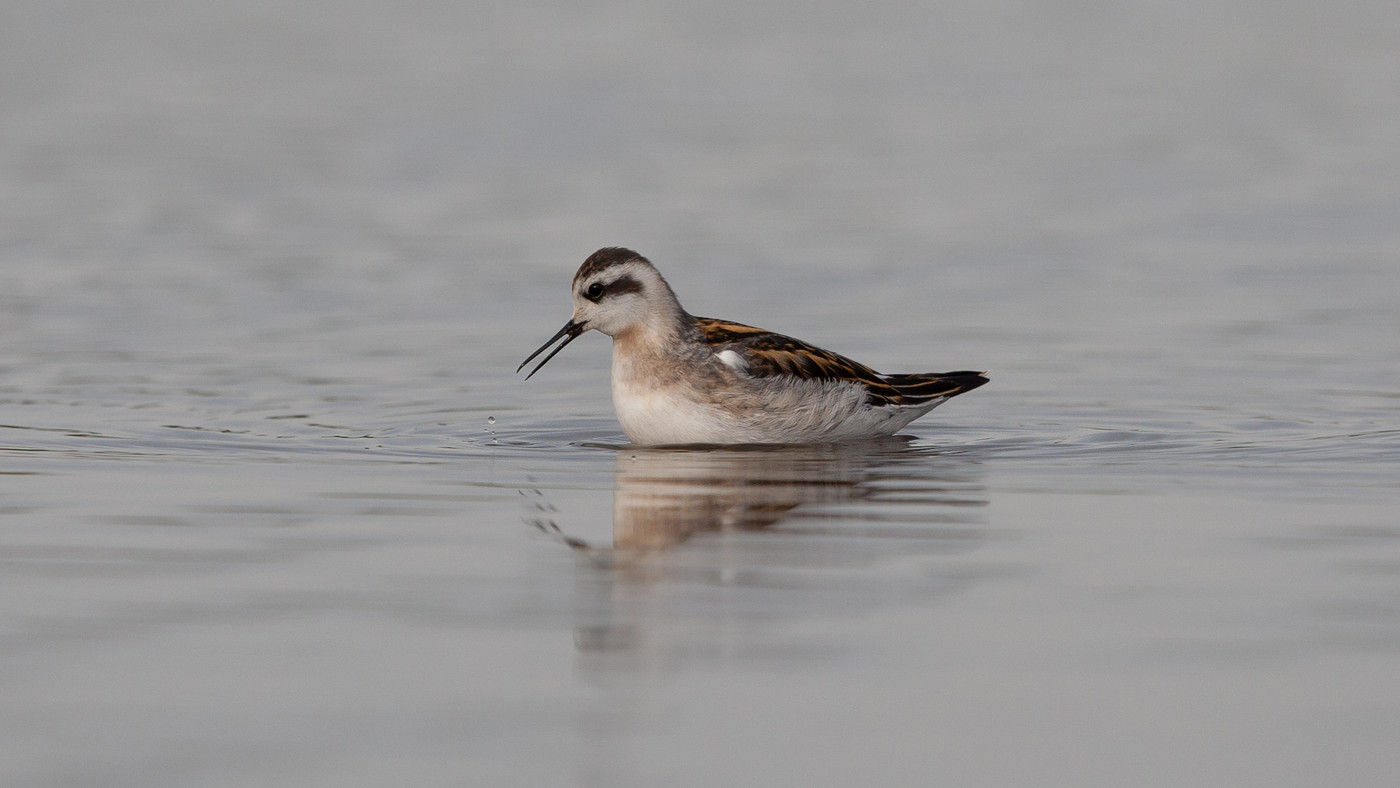 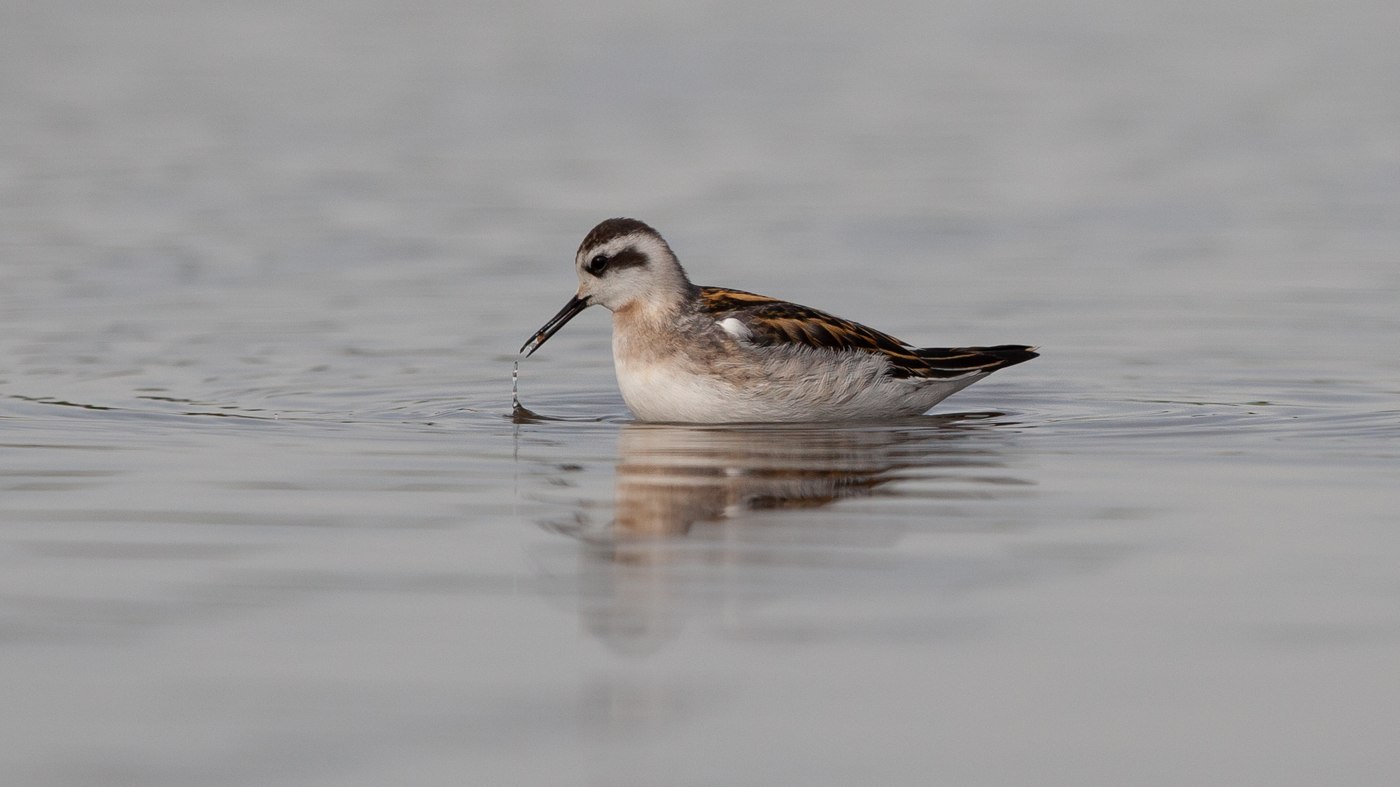 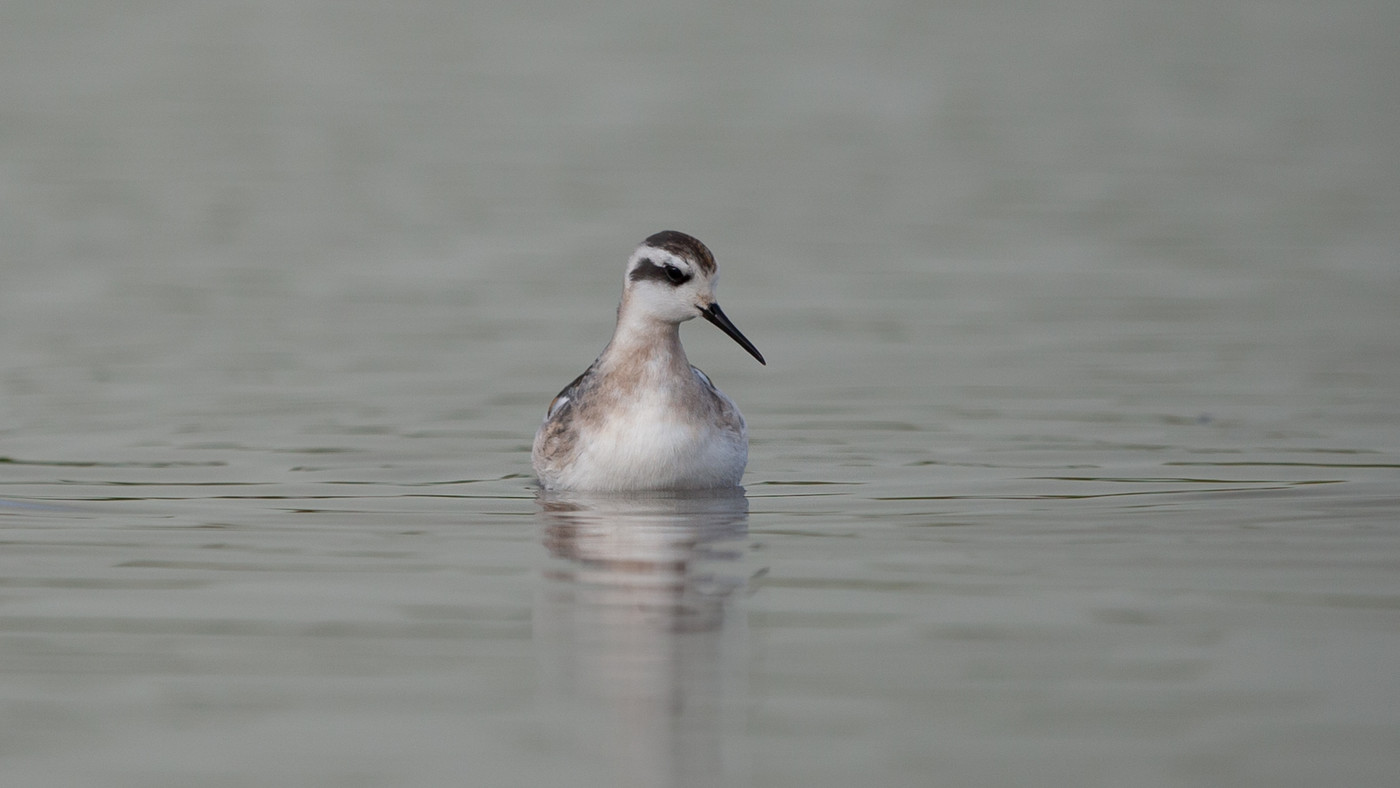 On the way back we saw a Red-throated Diver and an Arctic Skua at sea. A second Lapland Longspur flew over us. A Rock Pipit was heard and it still counts for my year list. It was a good walk and in a great setting. At the parking lot the sandwiches were eaten and we drove to the Belkmerweg where yesterday a Red-necked Phalarope  and a Pectoral Sandpiper were seen. At the place we saw neither, but our attention was drawn by a pair of crying Goldcrests. That was it, and we drove a little further to the next puddle. Here we found the Red-necked Phalarope and beautiful pictures were made. Eric Menkveld drove up but the Phalarope had just flown away to the place where he had sat yesterday,  Eric drove back and we continued our way until we were called by Eric. He heard a Yellow-browed Warbler at the place where the Goldcrests sat. 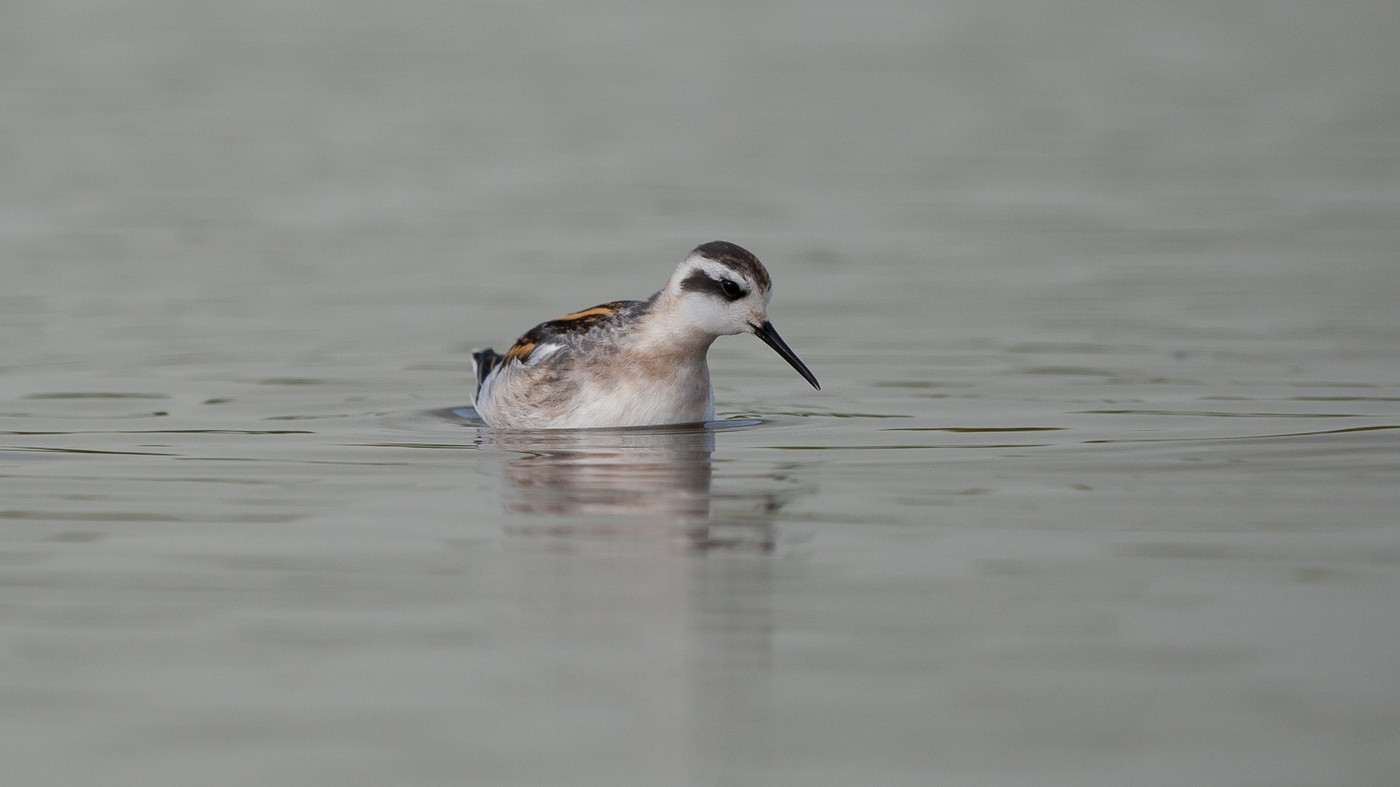 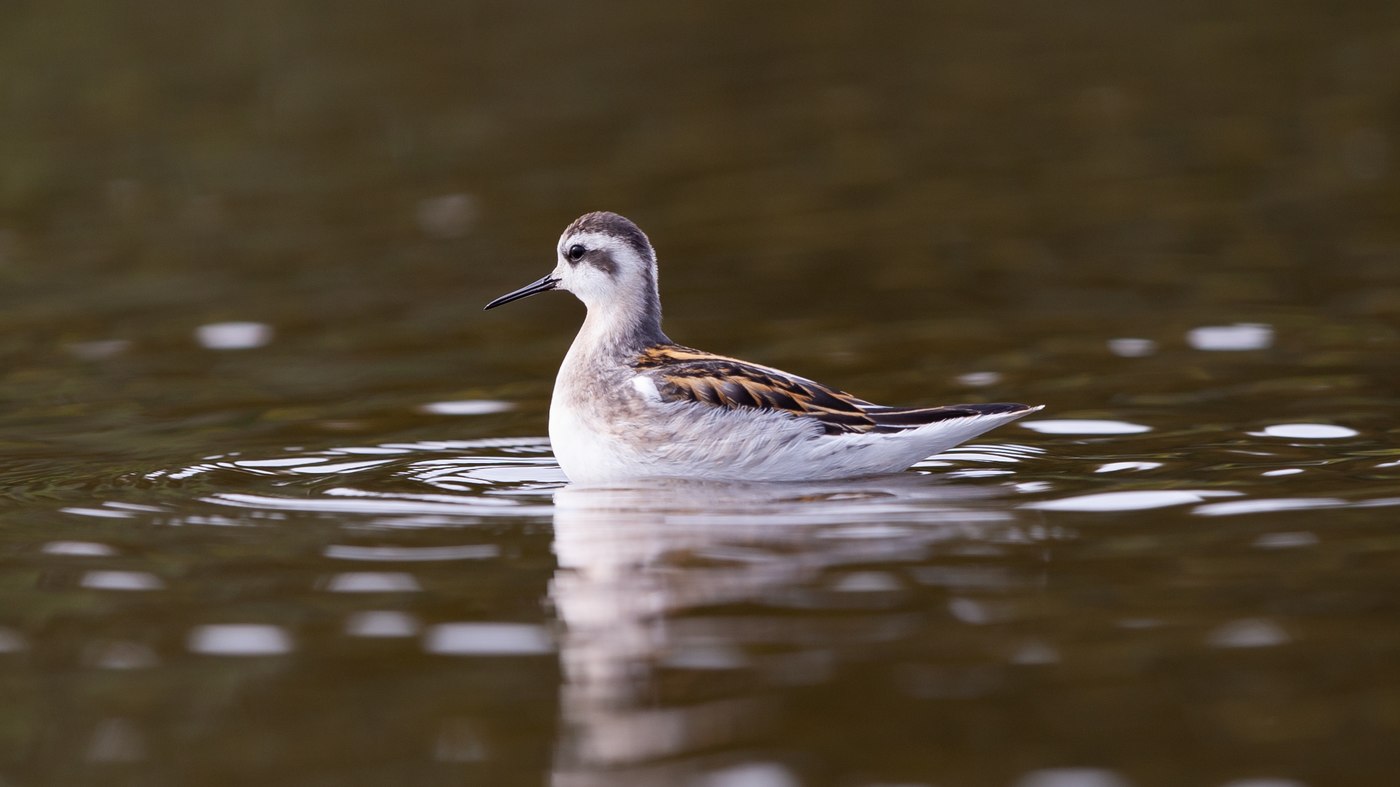 We quickly drove back and after not too long waiting we heard the Yellow-browed Warbler cal. A new year species for Alwin which grows his list up to 327 species this year. We saw the bird occasionally but unfortunately there was not a good photo opportunity. Next stop, the Pettermerduinen, where here in the morning 3 Richard’s Pipits were reported from the migration site. We parked the car and went on foot. In a pine, a group of Coal Tits were seen and some pictures were taken. From the forest came the call of a Crossbill. Again there many Meadow Pipits migrating and the Barn Swallows began to fly. Alwin heard a Lesser Redpoll and occasionally a Sparrowhawk flew over. We took a long walk but again no Richard’s Pipit. 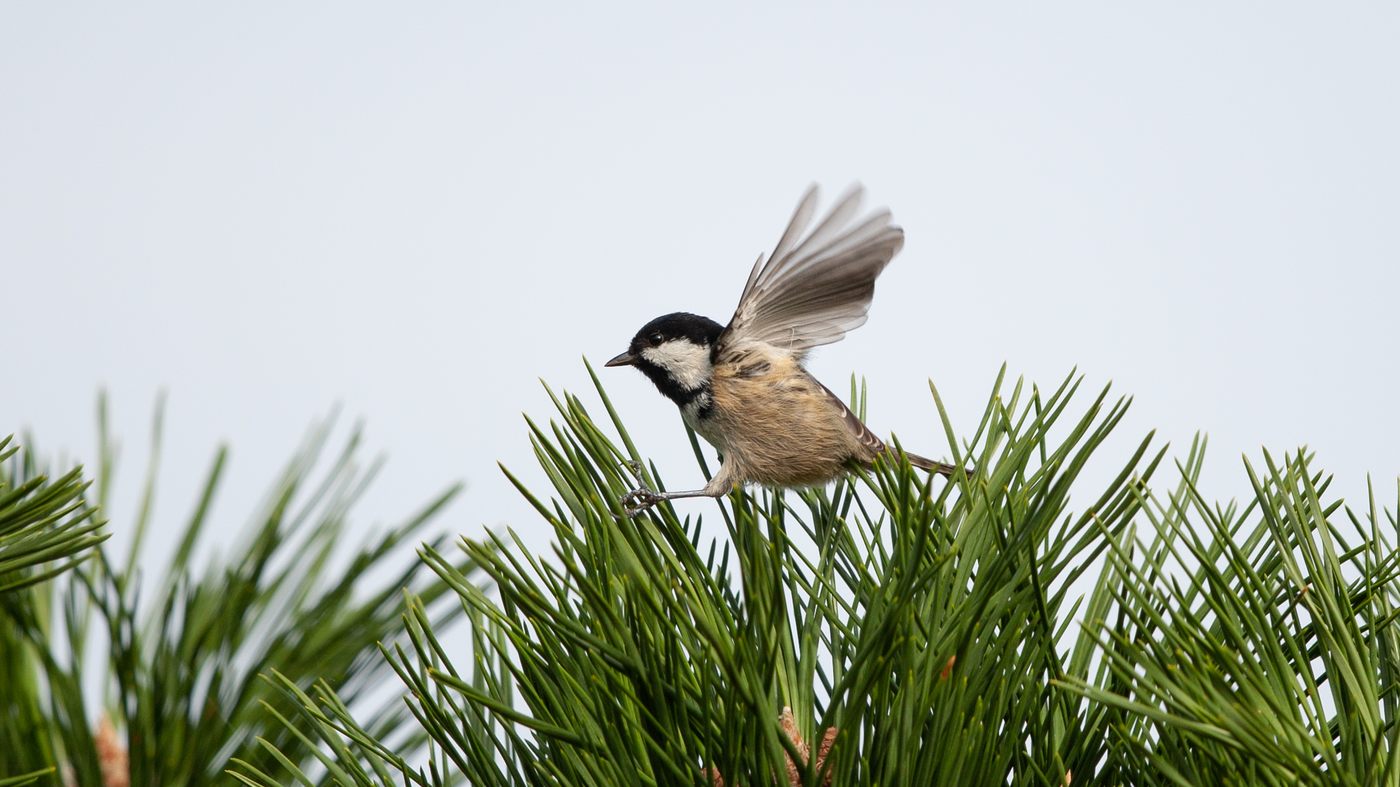 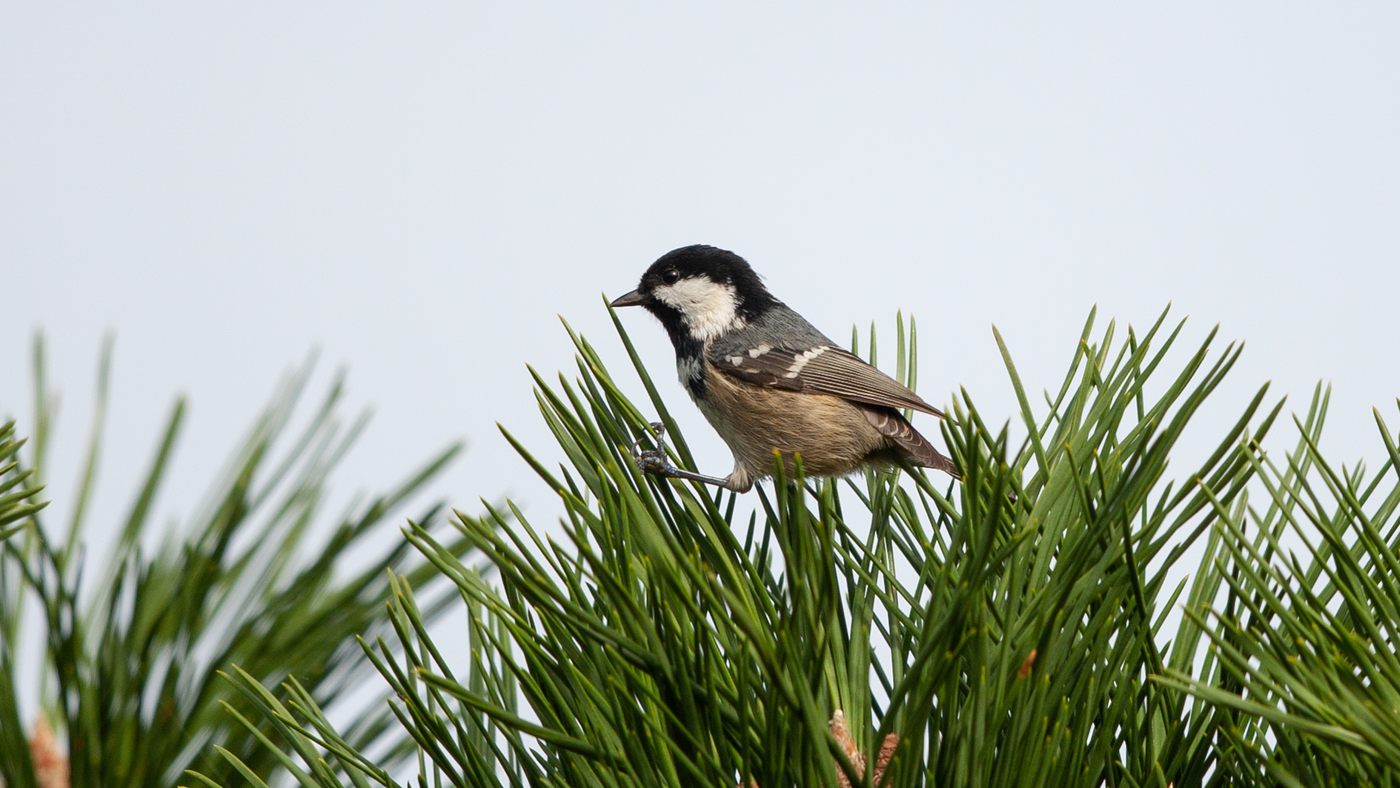 The caffeine level was getting low and we walked back to the parking lot for a cup of coffee. In a restaurant along the road we had coffee and there was discussion about what to do next. We decided to drive to Den Oever where earlier this week an American- and Pacific Golden Plover were reported. After a ride that was marred by many road closures we arrived at the place, but here were only Lapwings and Crows. We drove on to the harbor in Den Oever where we found a large group of Golden Plovers. Here also they were not seen and Alwin decided to drive home. Thijs and I went back to the field. Now there were Golden Plovers and almost immediately we saw a small plover in the group. Photos were taken and not long afterwards the group flew away. Clearly we could see a brown under wing that at least points towards a Pacific or an American. We were not sure which of the two it was and the photos must give a clue. 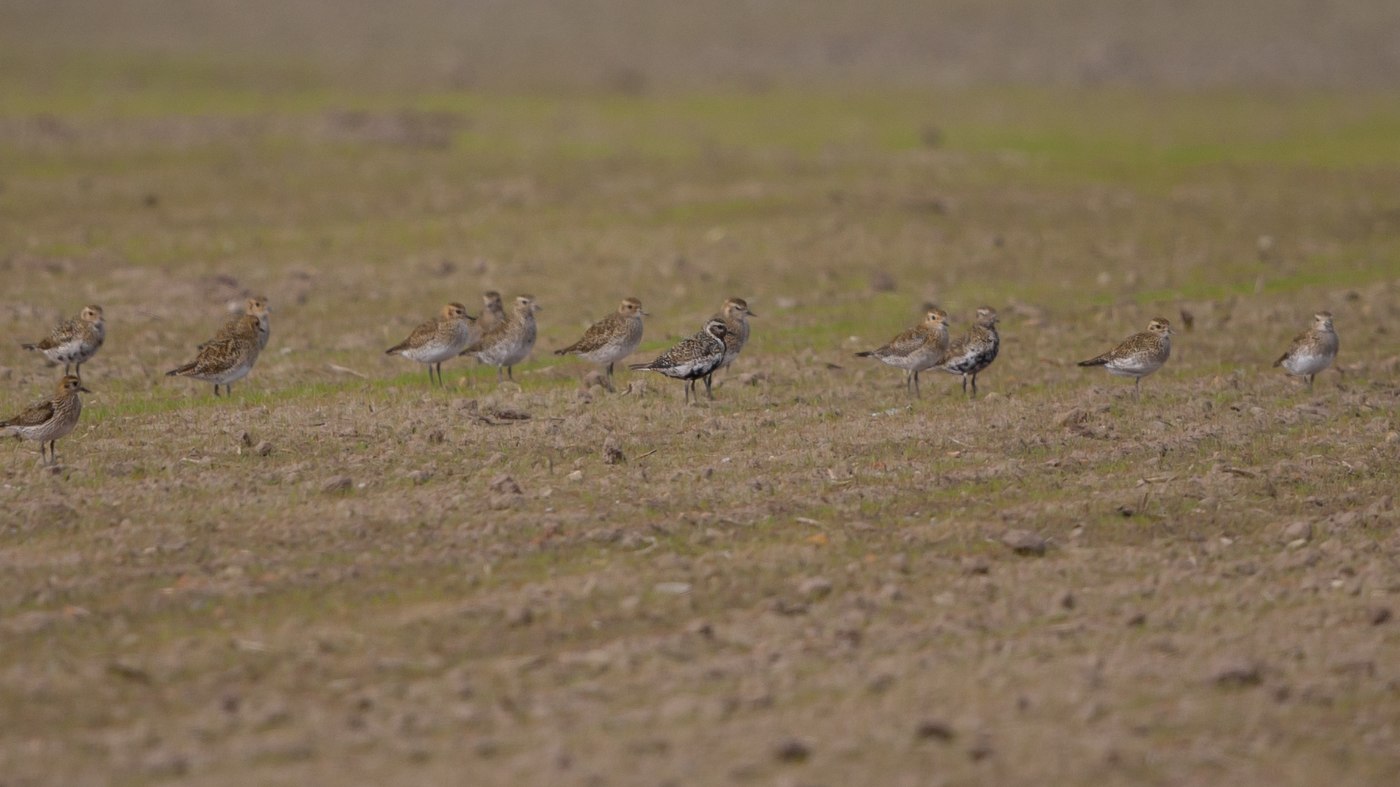 We drove home ourselves and on the road the list was made up. 2 new year species and 2 new for the month, not a bad day. At home the photos were viewed of the Golden Plover. I think it is the American Golden Plover but for some security assistance is sought, will therefore be continued ...