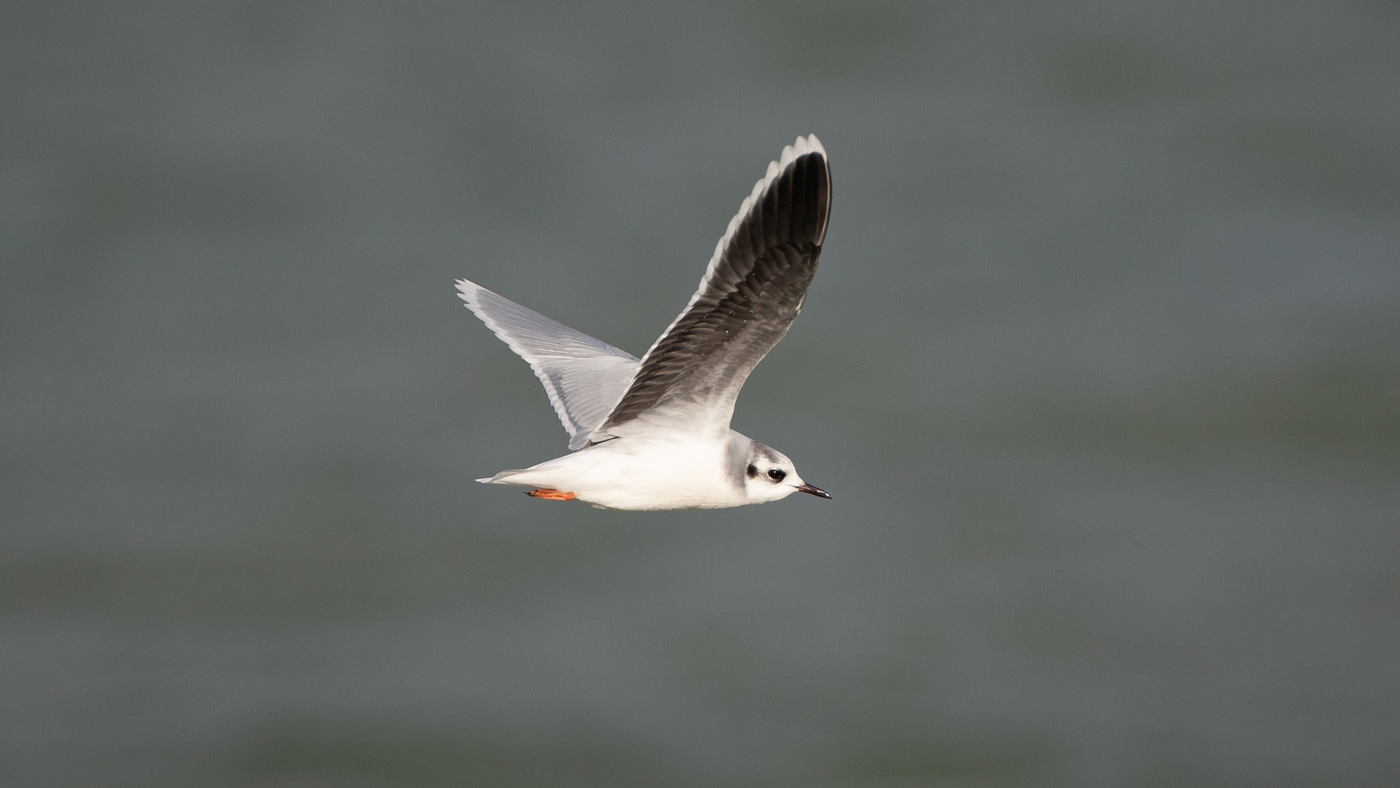 Dutchbirding organized a Pelagic trip on Sunday, January 15th from Stellendam. Although the prospects were not favourable, we thought it worthwhile to go. 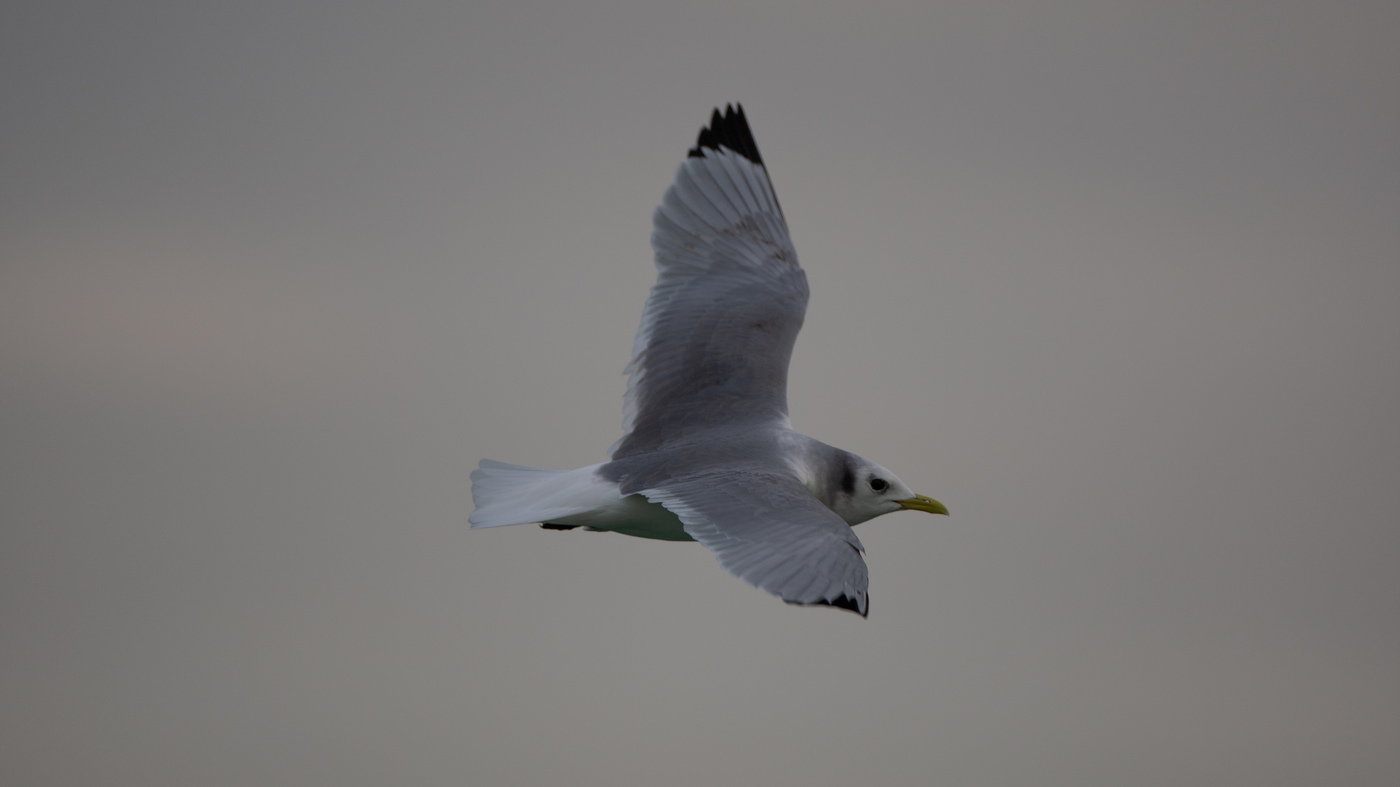 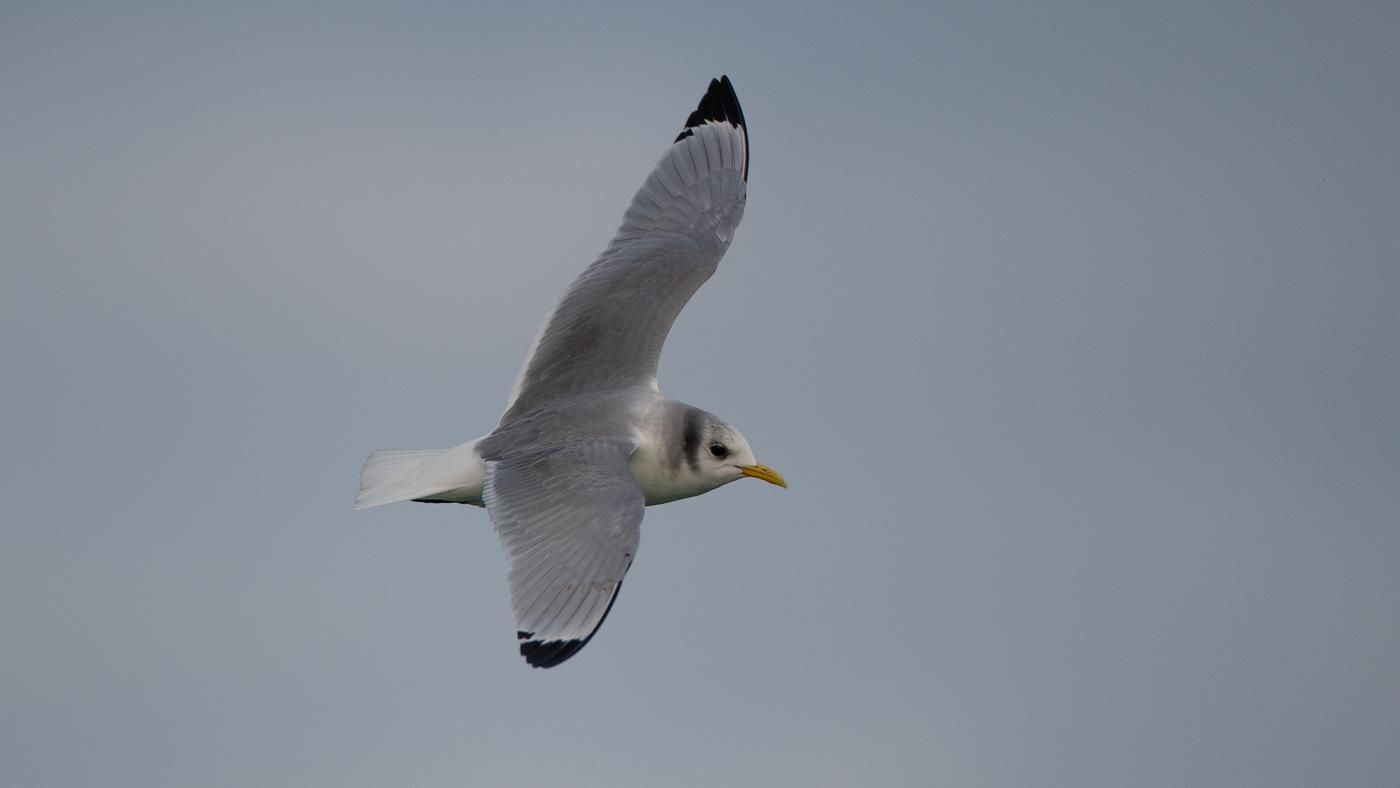 With Alwin, Christian and Thijs was agreed that we would met around 7.15 am at the port of Stellendam. I left alone in the darkness from Uden. On the road was stopped for petrol and coffee and right on time I arrived in the harbour. Alwin and company had just arrived and they were not alone. The boat was fully booked which means there were 72 participants. The boat departed at 8 o’clock by appointment and it was too dark to see any birds. The time was filled with coffee and slowly it began to become lighter. There was little wind and there was little overcast, the weather seemed to be Ok. The first Gannets were seen and there were some pictures made. 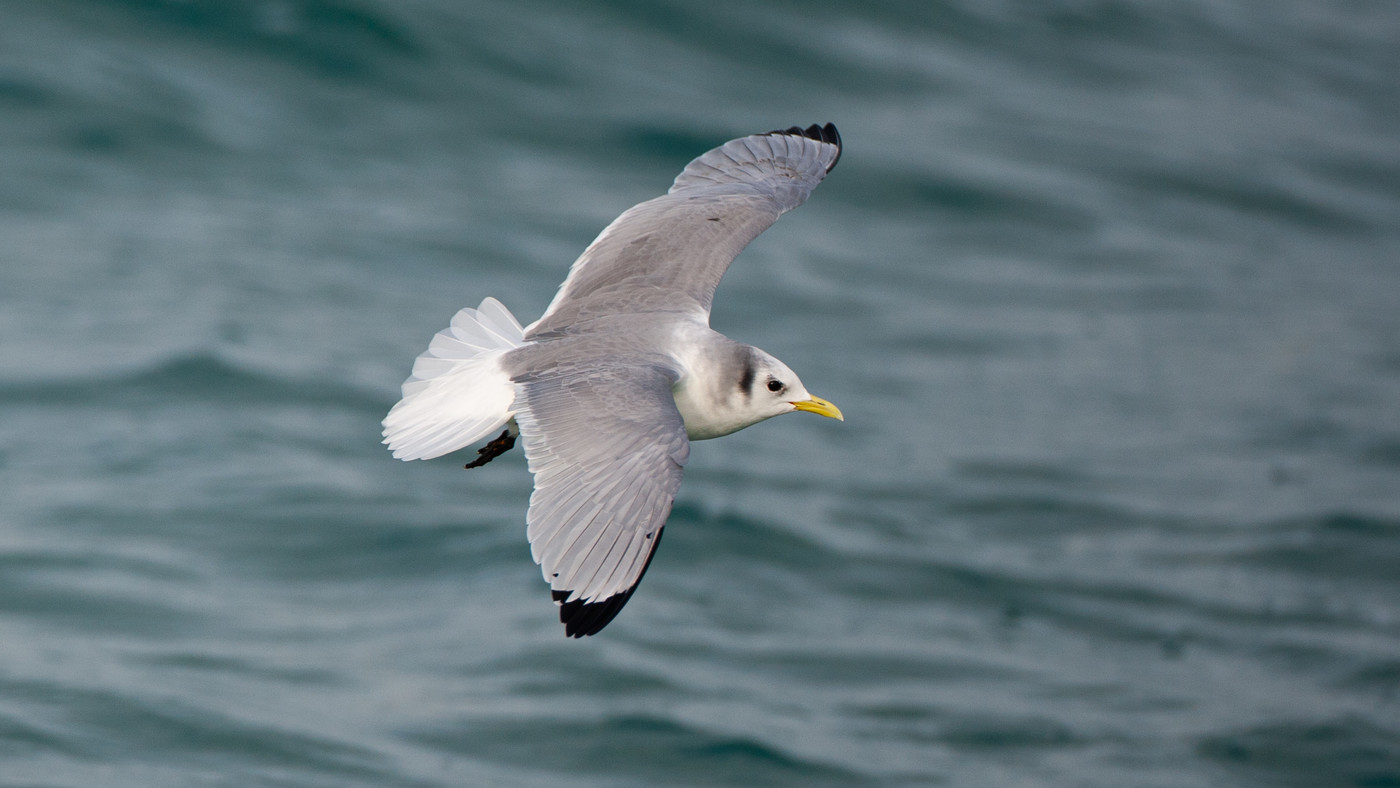 Yet concerning birds it was almost empty at the horizon. A few Kittiwakes followed the boat and occasionally a Razorbill or Guillemot was seen. A few Red-throated Divers were observed. We were now about two hours on the way and arrived at a parking lot of ships. These are probably here due to the crisis and are waiting for freight, there were certainly over 20 vessels. A Great Skua flew past at a distance and too far for a photo. Despite the lack of birds the atmosphere on board was well and there was much laughter. Now there more Kittiwakes and the crew began "chumming". There were buckets of waste fish and they had bags of stale bread. The first pieces of fish were thrown overboard and sank immediately. This was not very effective and they invented a construction of a life buoy surrounded by plastic tied to a rope. This fish was put onto the construction and was launched into the water. I asked if this was the first time and it was confirmed. I was not surprised with this answer. 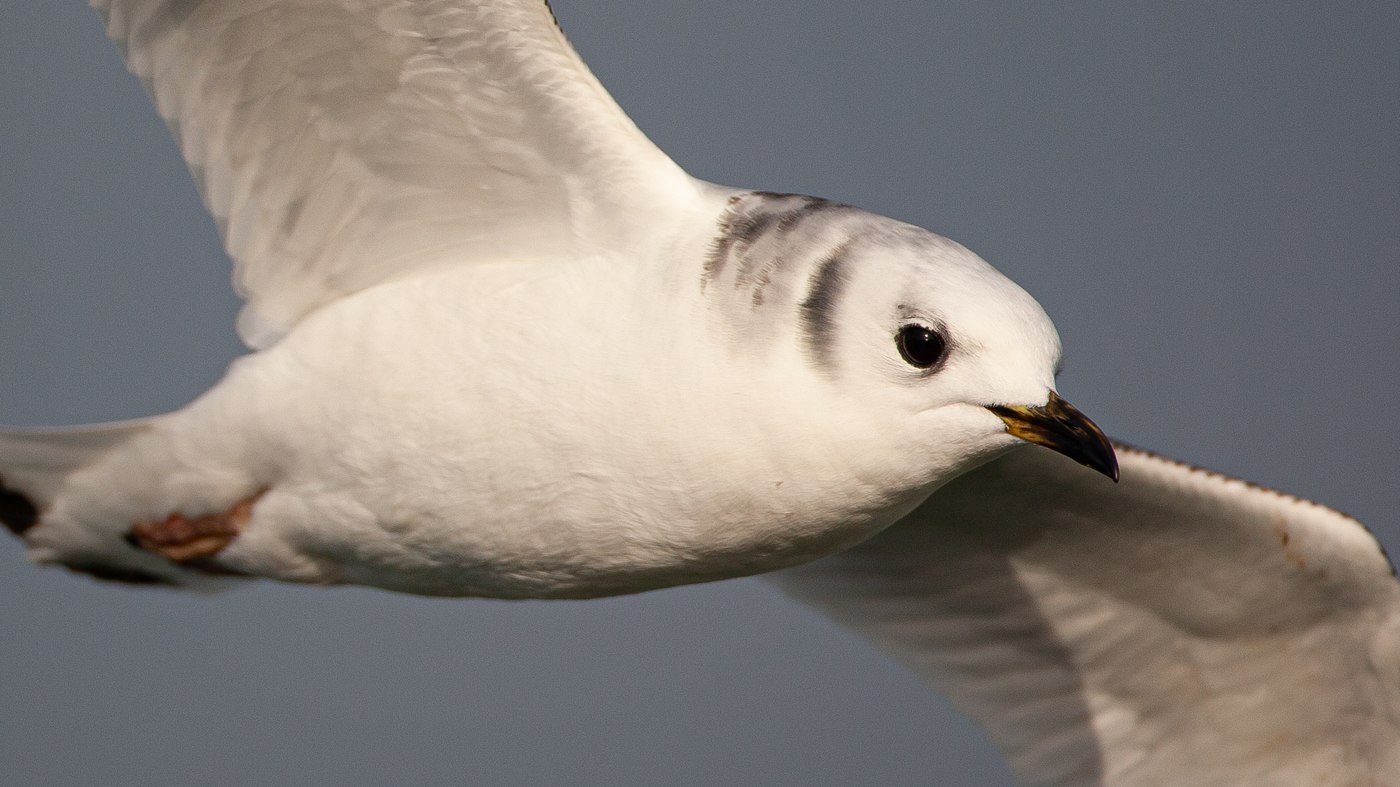 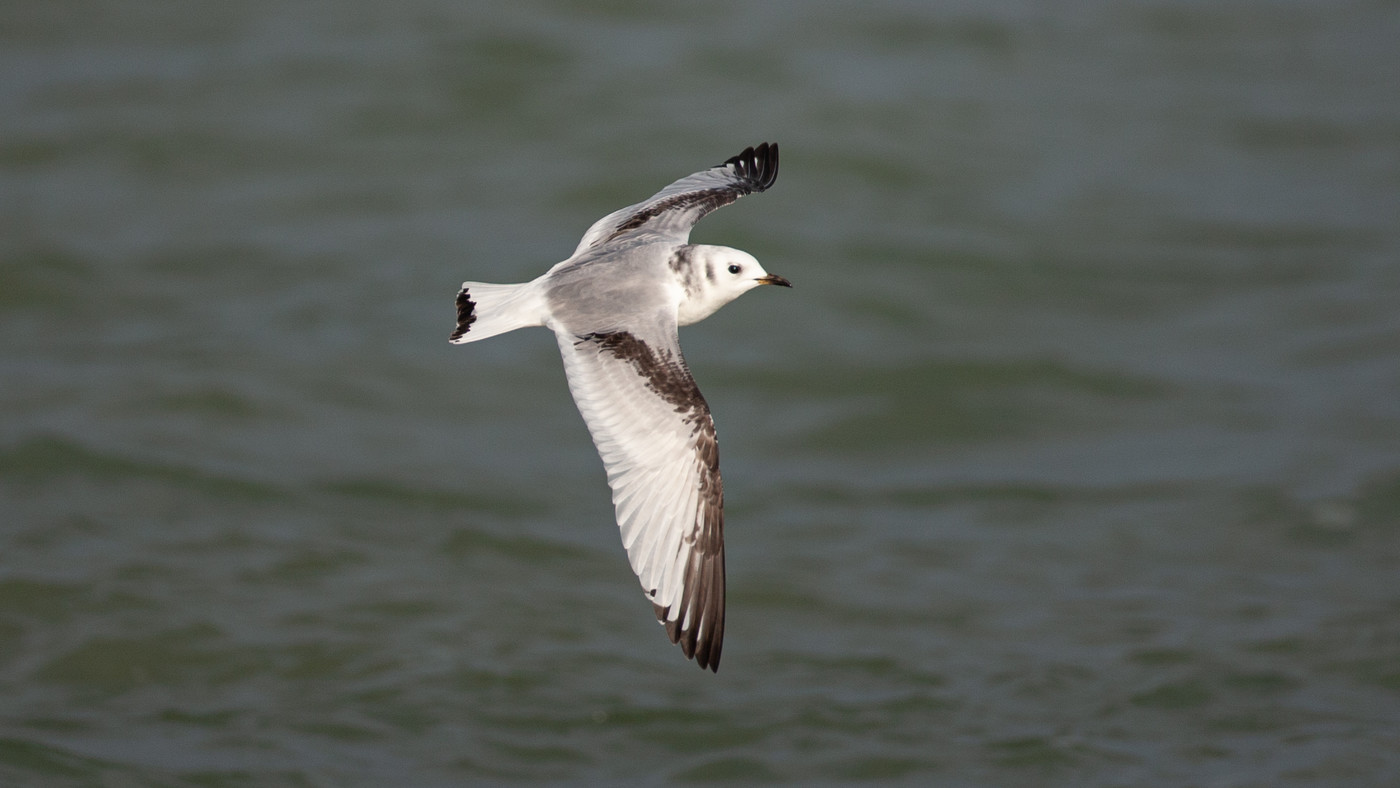 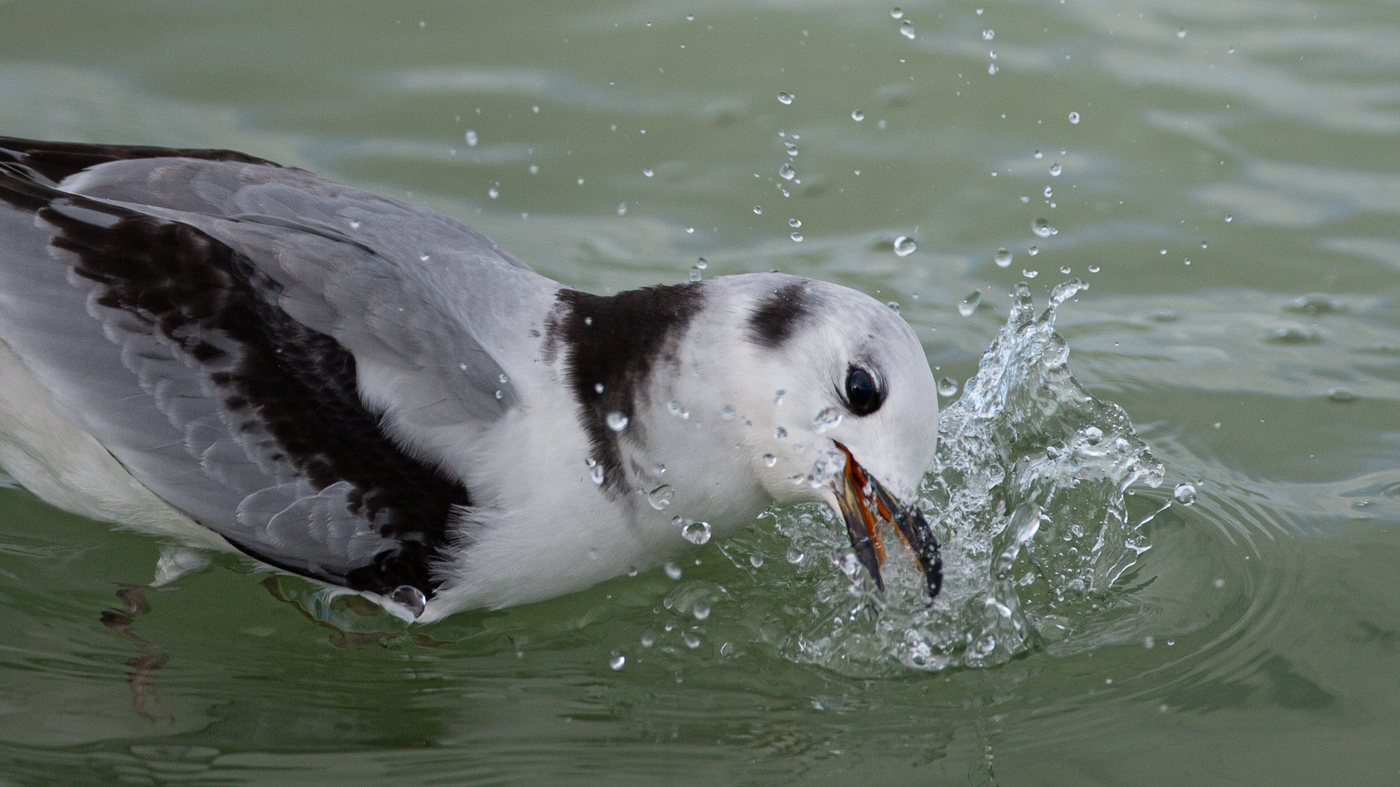 In the distance some Little Gulls were seen. The boat approached a tide line, and here was obviously more food. We now saw more Guillemots and Razorbills, but also the Kittiwake and Little Gull numbers increased. The captain followed the line and far behind the boat a Shearwater was seen. The bird was not seen well enough and almost immediately disappeared, unfortunately. Rinse de Vliet now took over the chum action, he cut the fish into small pieces before they were put overboard. This had clearly more effect and the numbers of Gulls increased significantly. Especially the Kittiwakes made good use of these simple snacks. The lighting conditions were good and there were nice photo opportunities. Occasionally the Little Gulls came closer for a photo opportunity. The larger gulls such as Great Black-backed Gulls and Herring Gulls were taking notice of the chum action. Now there was a lot of fighting to get the food. 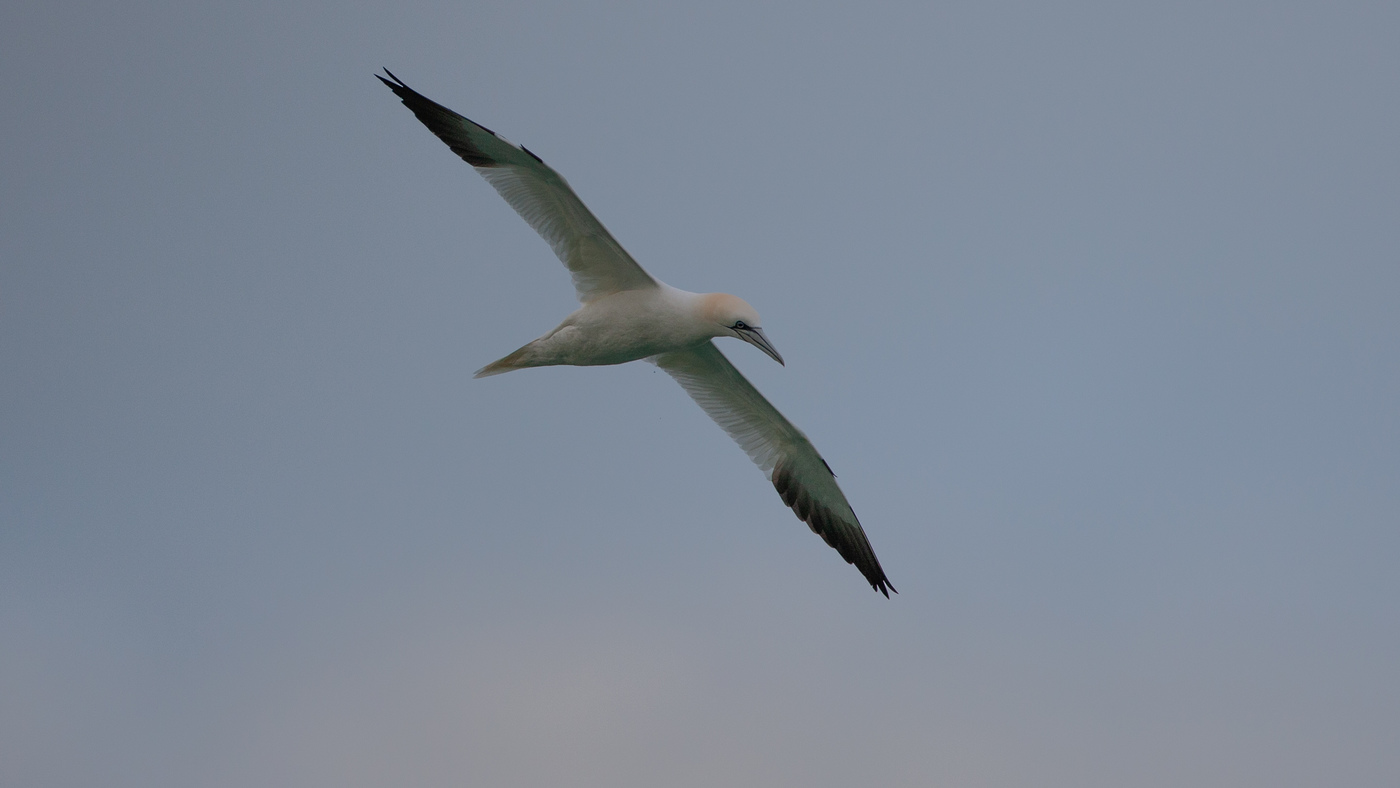 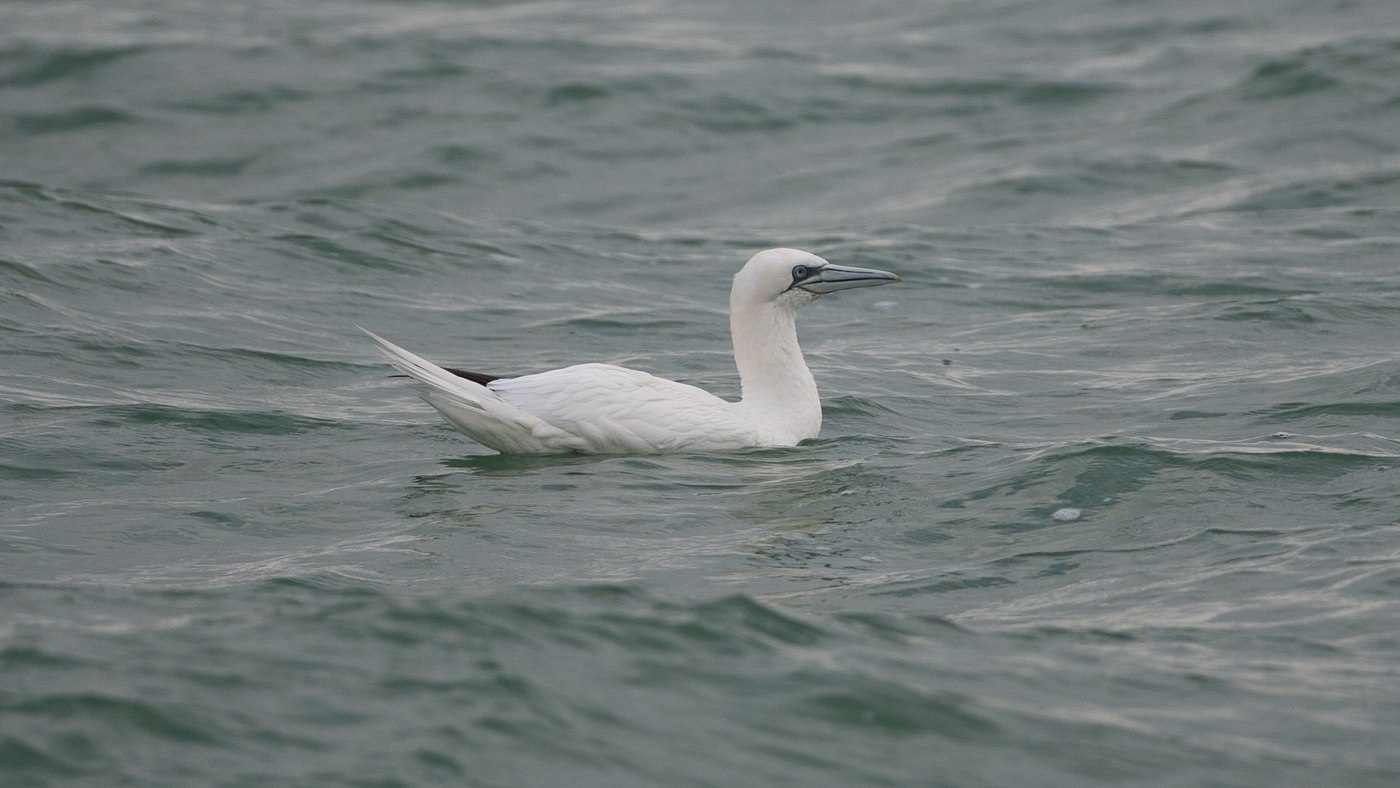 The skipper headed back to the harbour and the numbers of birds decreased again. From the boat a Great Skua was observed on an embankment. 2 Whooper Swans flew high above sea inland. The light began to diminish and the expected Iceland Gull was not found in the harbour. Although not many birds were seen it was a very nice day. 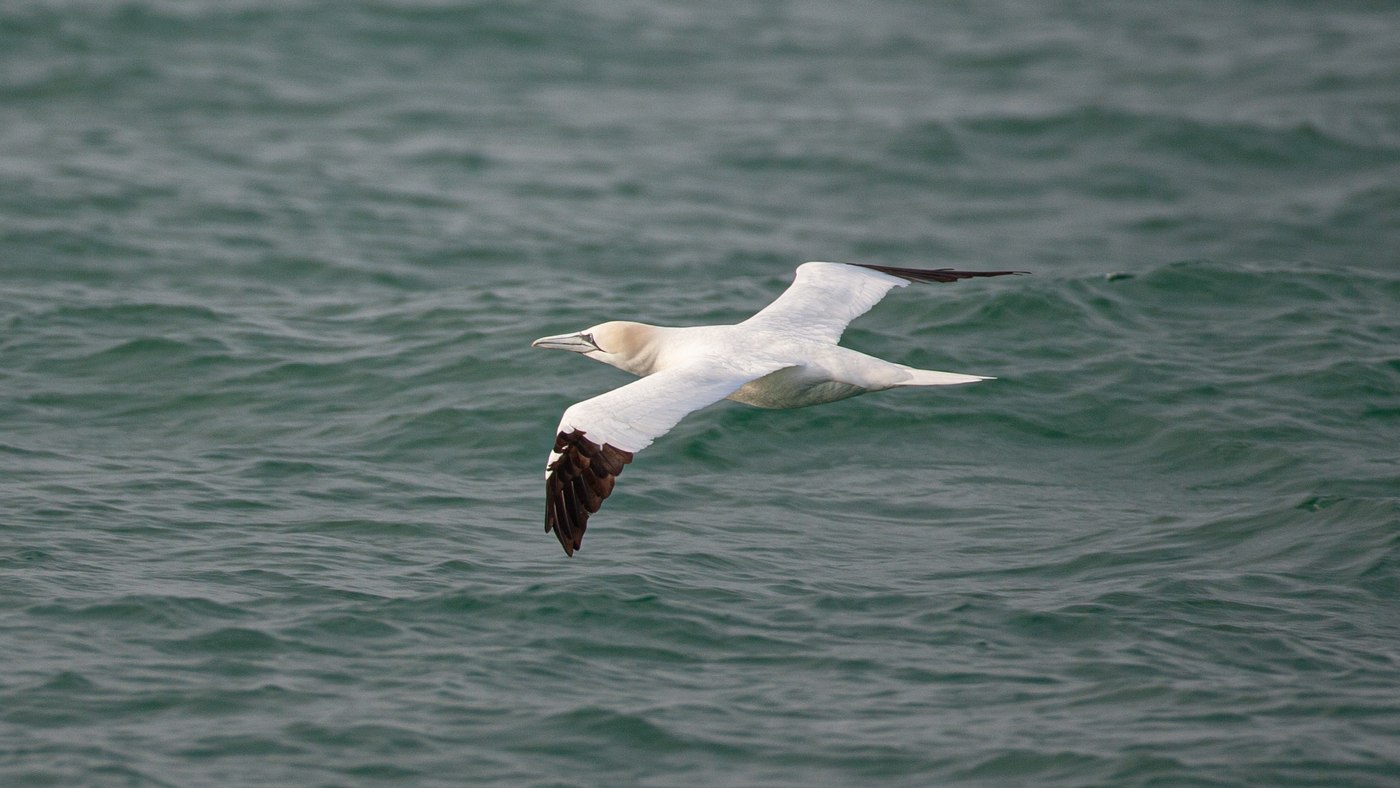 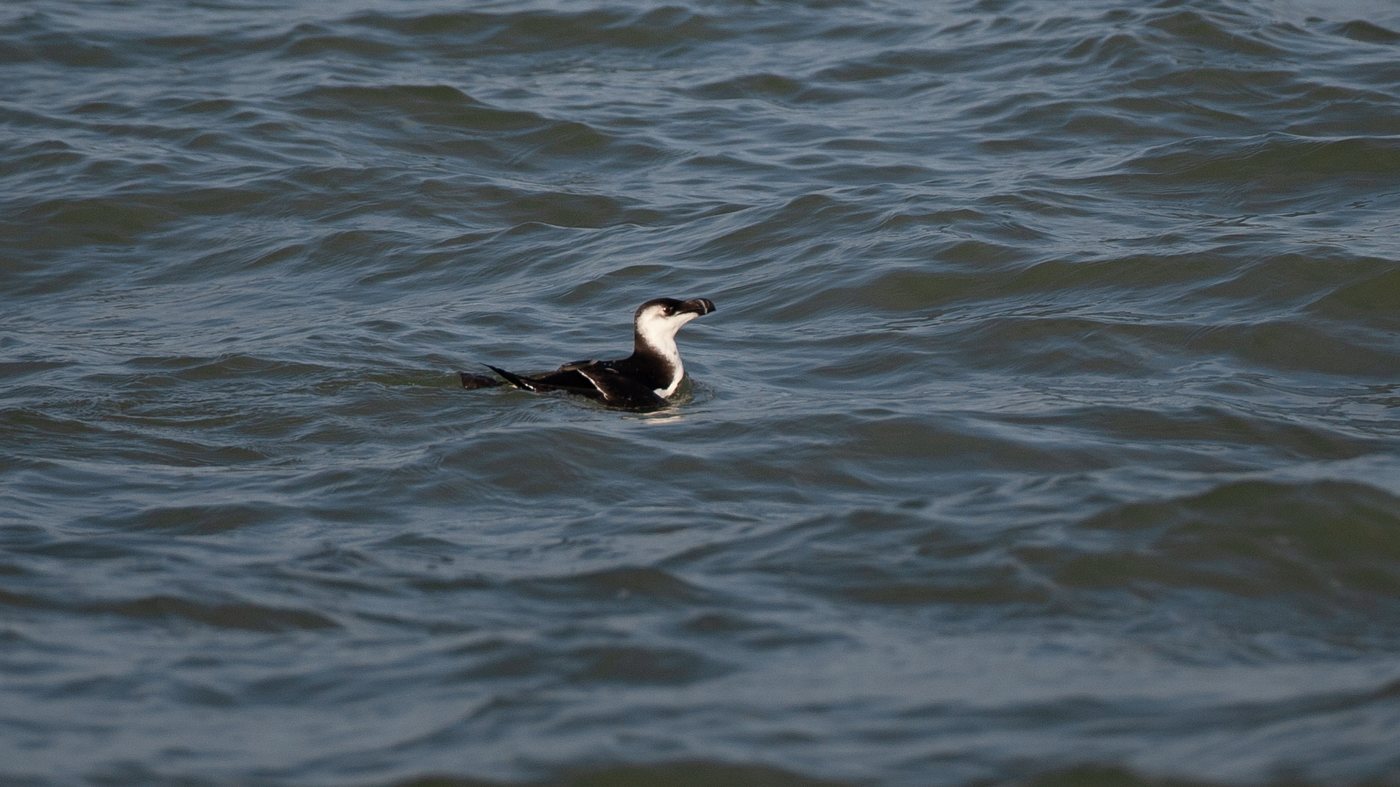