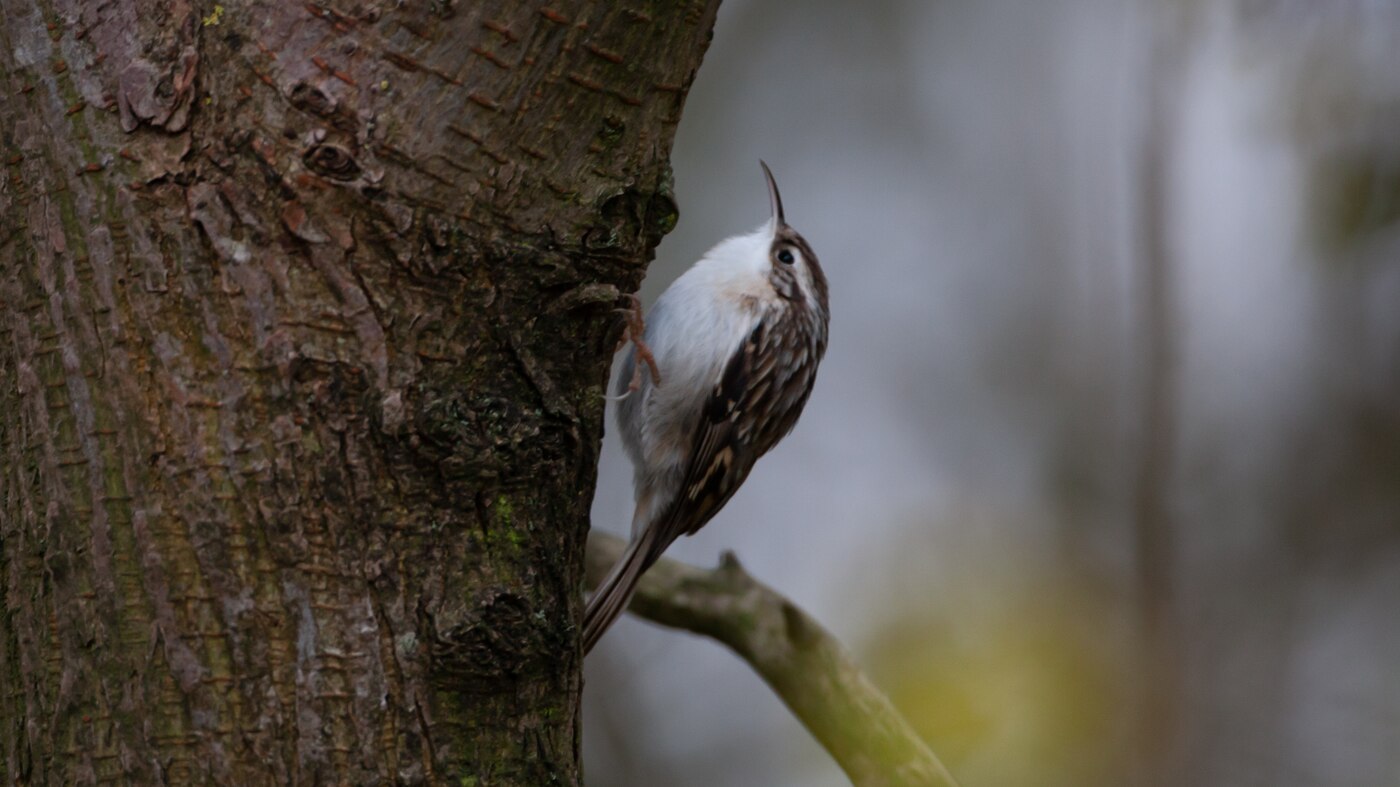 A new yearlist and of course that includes a visit to Limburg. About 8 o’clock we met Alwin and Christian in a parking place at the A50 just passed Eindhoven. First objective was the Enci Quarry at the St Pietersberg in Maastricht.

On arrival it was just light and the weather did not look good. Low-hanging clouds accompanied by a strong wind, luckily it was dry. Target species were the Eagle Owl and maybe the Wallcreeper was still present. The Enci Quarry seemed no more the place that we had visited one month earlier. The forestation around the trench was completely gone and traces of the cap were still clearly visible in the form of logs along the wall layers. Of the Owls was missing any trace. After an hour of searching we gave up and drove to the Pietersplas.

It had been raining and we drove past the Meuse. The water was very high and we even saw mobile homes flooded. At the Pietersplas it was very quiet except for a group of Goldfinches. Next goal was the Vijlnerbos. Here, most roads were closed because of icing. We parked the car and walked away. A Common Treecreeper was found quickly. The bird sang and showed itself nicely. A Lesser Spotted Woodpecker was calling and a Middle Spotted Woodpecker was found.

We drove on to the Hamster Sanctuary near Sibbe for Corn Buntings. The wind was further increased and our expectations were not high. A big search only revealed some Yellowhammers and Linnets which are new to the year list. For the Corn Buntings we need a return. Next stop was Stevensweerd where yesterday a Red-breasted Goose was reported. Here the water was very high and the Goose was not found. The Crested Larks in Venlo were the next destination. 2 Crested Larks were quickly found and after some consultation, we decided to drive to Rijkevoort. There's been a while a European Serin present in the garden at Geert Lamers home.

Around 15.00 o’clock we arrived in Rijkevoort and Geert's mother invited us to come in. From the living room you had a good view of the feeding place where European Serin is almost daily seen. A Sparrowhawk earlier in the day chased away all the birds and there were now no birds. Alwin and Christian gave up and drove back north. We were going to enjoy the coffee and around 16.00 o’clock the European Serin suddenly appeared at feeding place. A nice end of the day. The annual list has grown to 131 species.