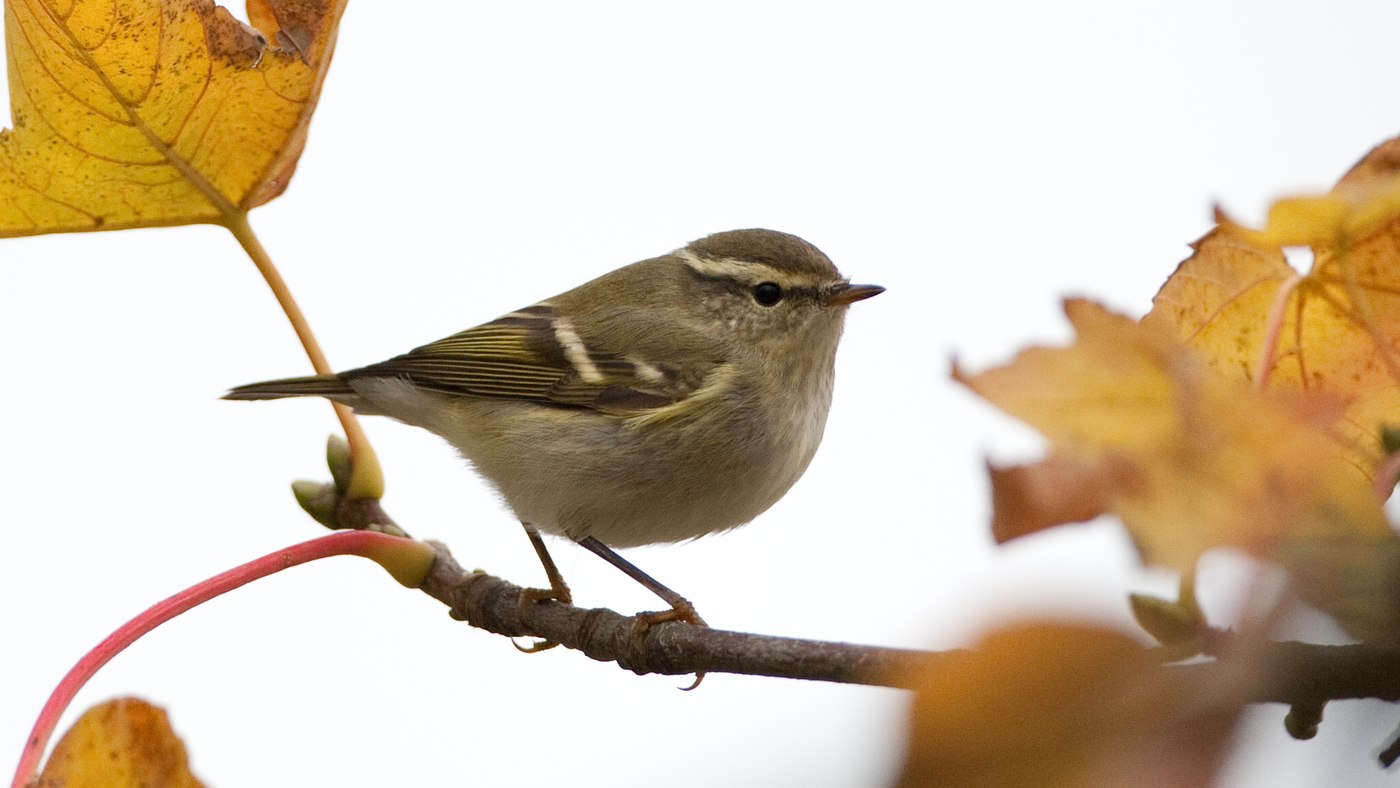 With only one kind to go for the 300 this year a visit to the island of Texel was on the program. Target species were the Yellow-browed Warbler, Green-winged Teal and RosyStarling. These species were reported last week.

Jan Verhoeven and Teun van Kessel felt like to come along so Saturday morning at 6.15 we drove to Den Helder. The plan was to get the ferry of 8.30 o’clock. After a fast ride that lasted just under two hours we arrived right on time for the boat. It departed on time and when leaving the harbor we could see the first nice species of the day. Juvenile Shag was sitting on the pier.

After a quick crossing, we drove to the village of Oudeschild. Here were the Yellow-browed Warbler and the Rosy Starling reported even a few Waxwings were seen here. Teun had the exact places looked up on the internet and with the route planner we were soon at the correct location. The Yellow-browed Warbler was seen in a green strip at a school. The first bird we saw was the Yellow-browed Warbler! That was very quickly. The bird sat sometimes openly, so I ran back to the car to pick my camera. Despite the strong wind and poor light conditions it was possible to take some nice pictures. The Yellow-browed Warbler is my 300th species for this year in Holland. Jan Verhoeven heard a familiar sound and discovered 4 Waxwings behind the school. These were unfortunately not possible to photograph. We now went to find the Rosy Starling. This was a few blocks away in an alley. Here we found nothing so we inspected the dike where the bird also was observed. Here I thought I saw a bird flew away who met the description. The bird flew over the houses back to the village. We searched the place but could not find the bird.. 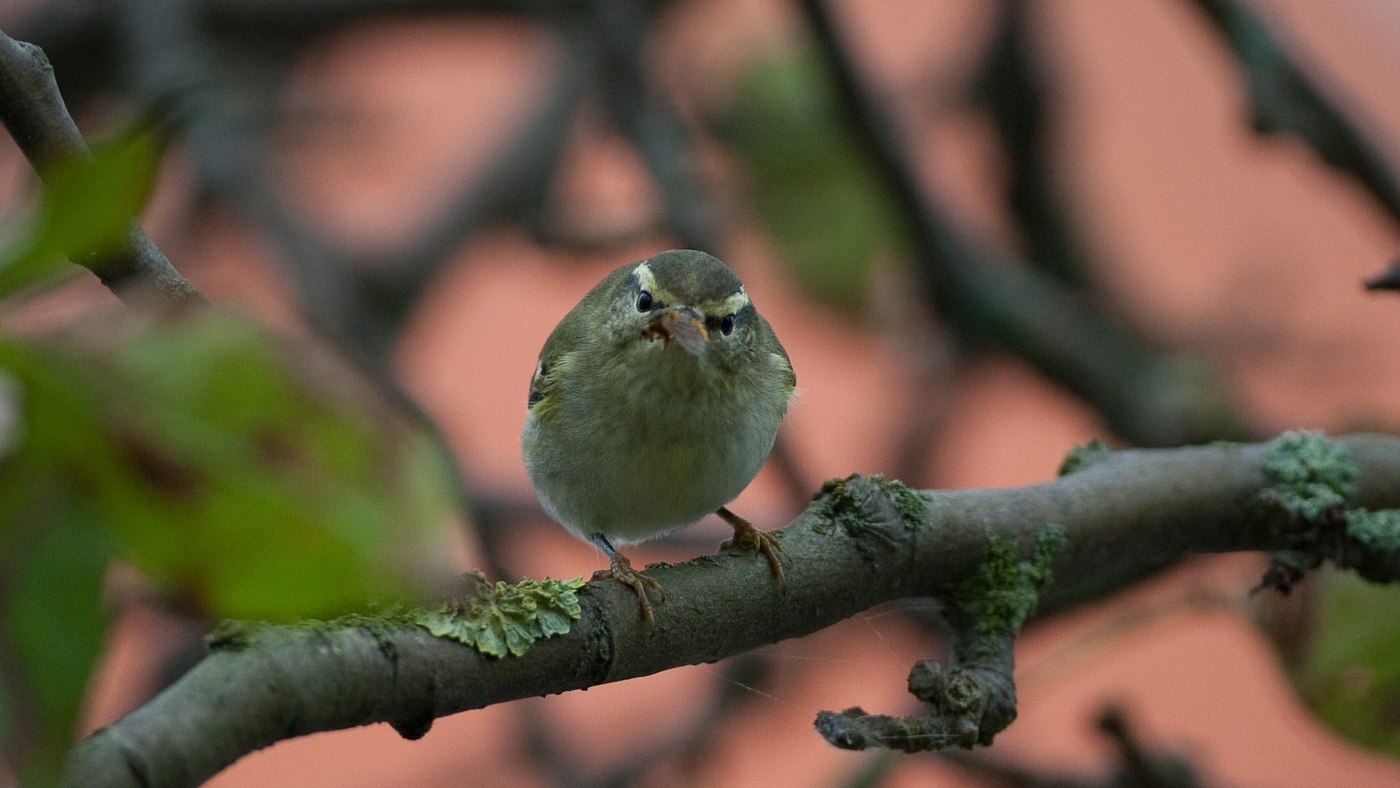 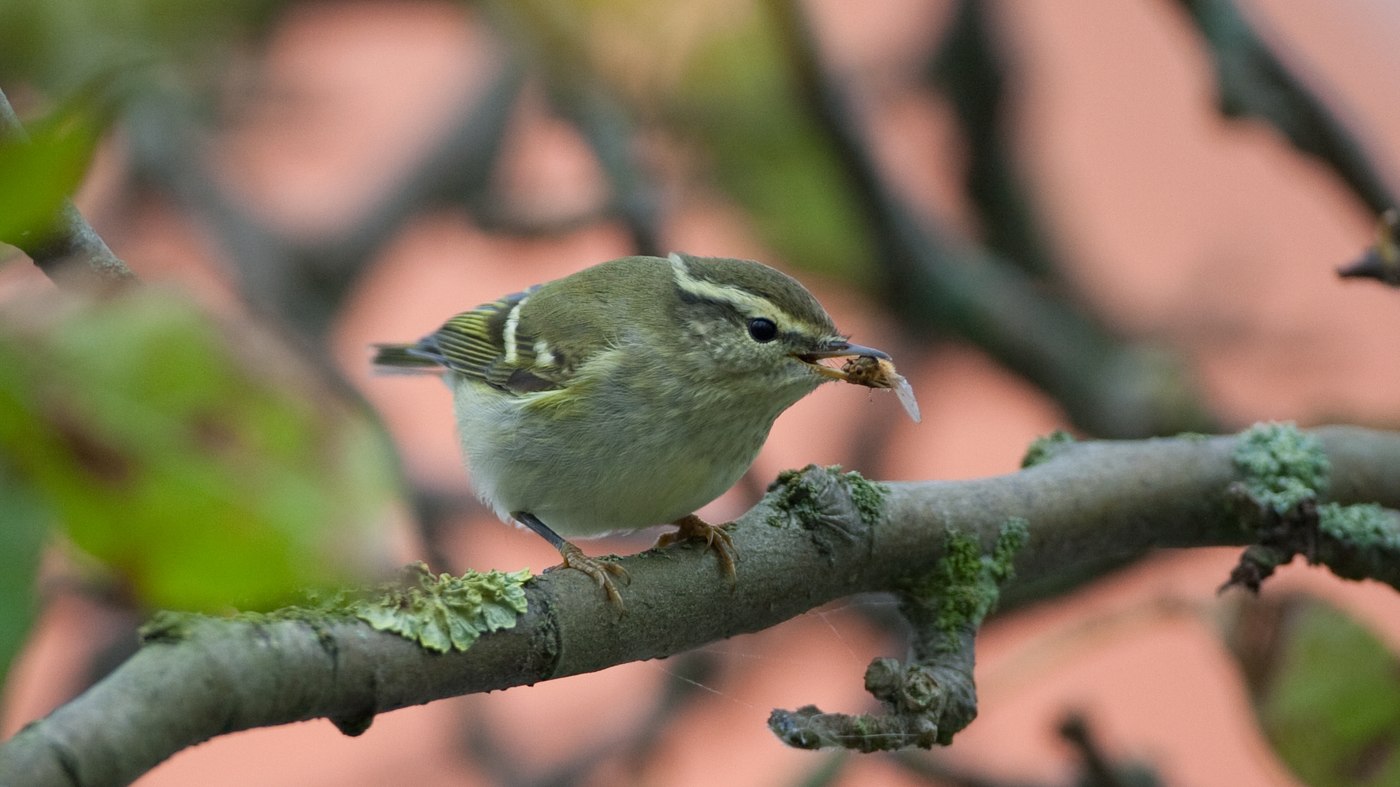 We decided to leave the village and return later for another attempt. Next stop was at the bird watching hut Dijksmanhuizen. Here a Green-winged Teal was reported. This species we tried, unsuccessfully, in the spring several times in the Lauwersmeer. Meanwhile it started to rain and the wind continued to increase. The road to the hut appeared to have become one-way and of course we were on the wrong side. Neatly we drove a few miles around. Upon arrival at the cabin we noticed how hard it was really blowing. The telescopes were set up and the search began. A Little Stint was discovered and an active Merlin hunted over the reed beds. Of the Green-winged Teal was missing every trace. After about 45 minutes searching we gave up and went on. We decided to inspect the pools along the wad dike. These are usually good places for something nice. In a place called Wagejot a Teal was seen with a vertical white stripe on his flank. The stripe for us was at first sight not strong enough to jump to Green-winged Teal thinking but enough to take some pictures. The bird was sitting with his head in the wings and only a small part of the line was visible. When the bird awoke, the entire line was seen and some nice pictures were taken. The pictures appeared later that the Green-winged Teal had also previously been seen at the Dijksmanhuizen. The second target of the day was in and number 301 for the year. 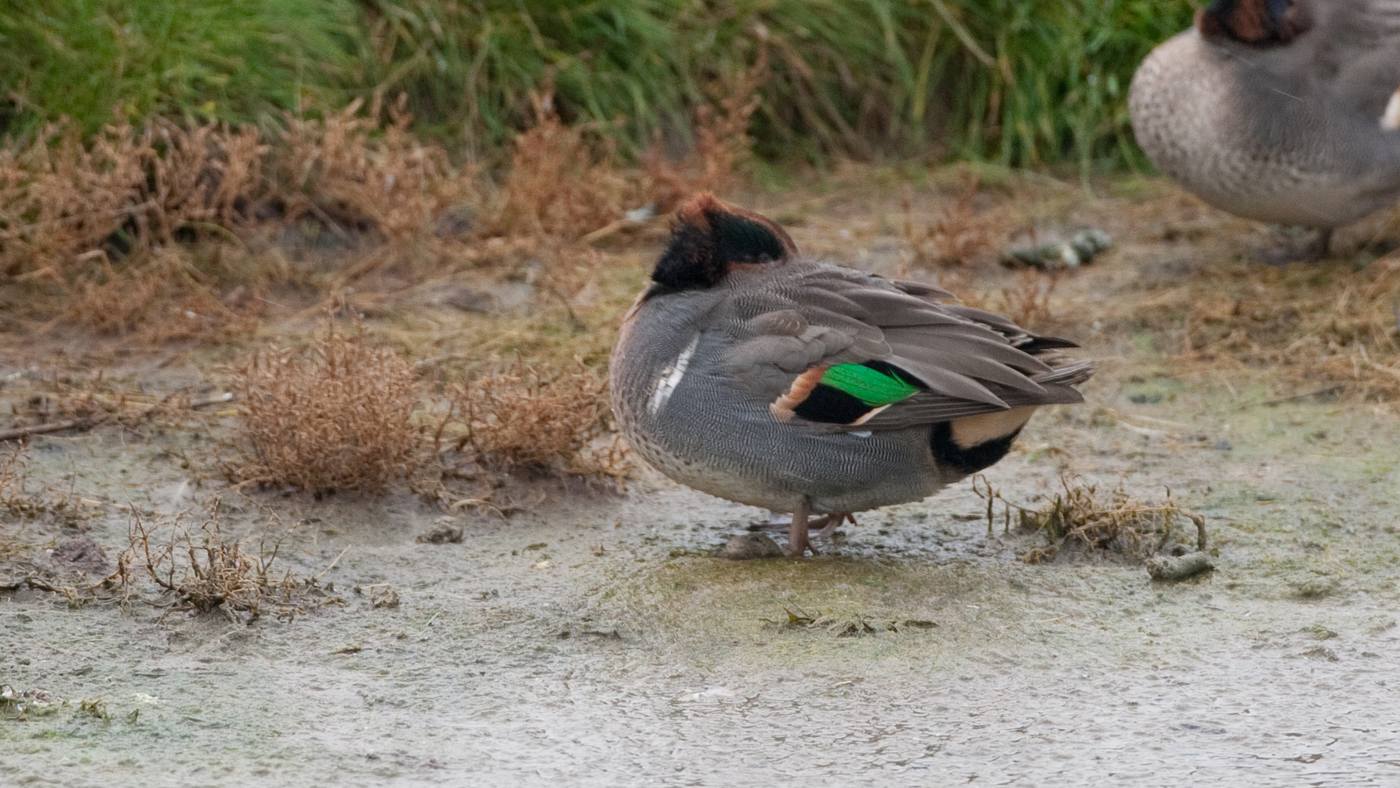 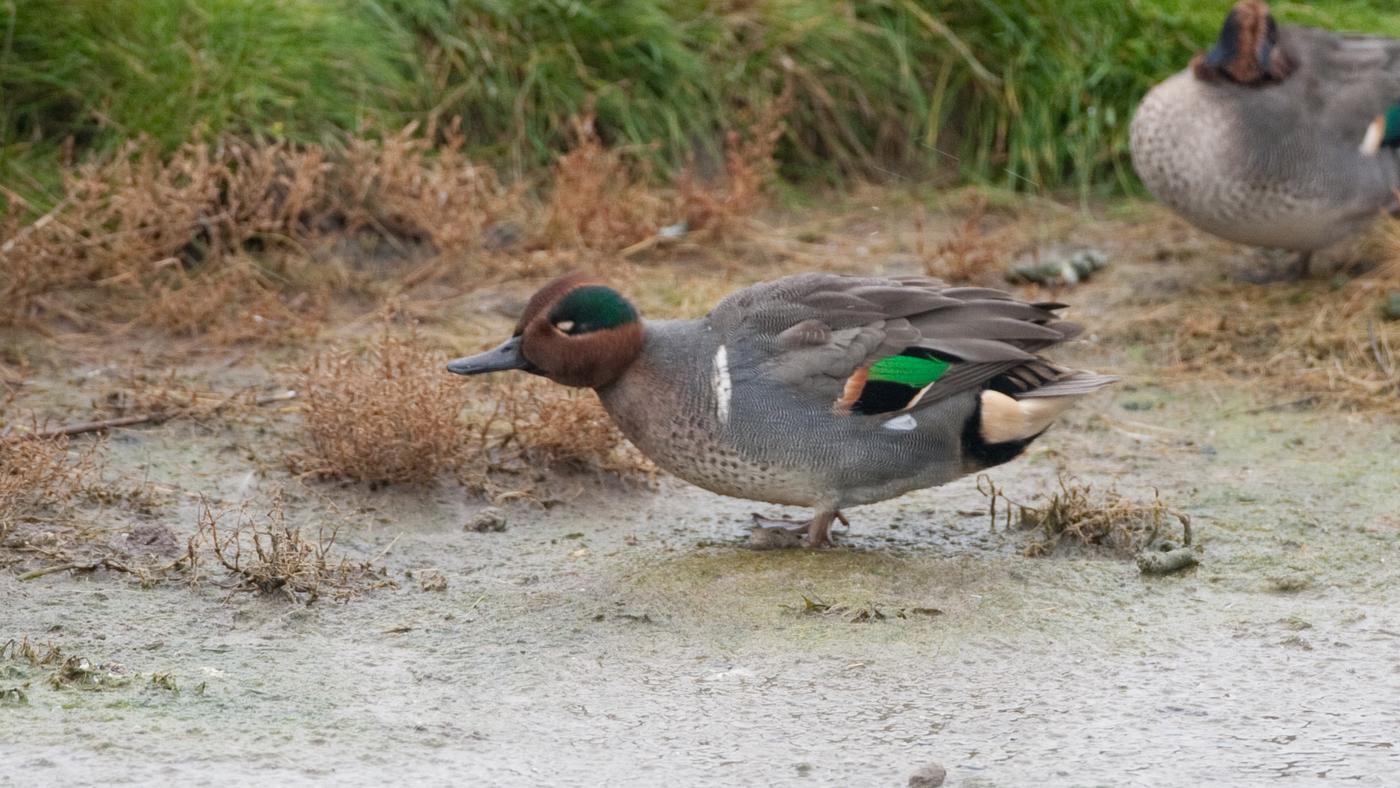 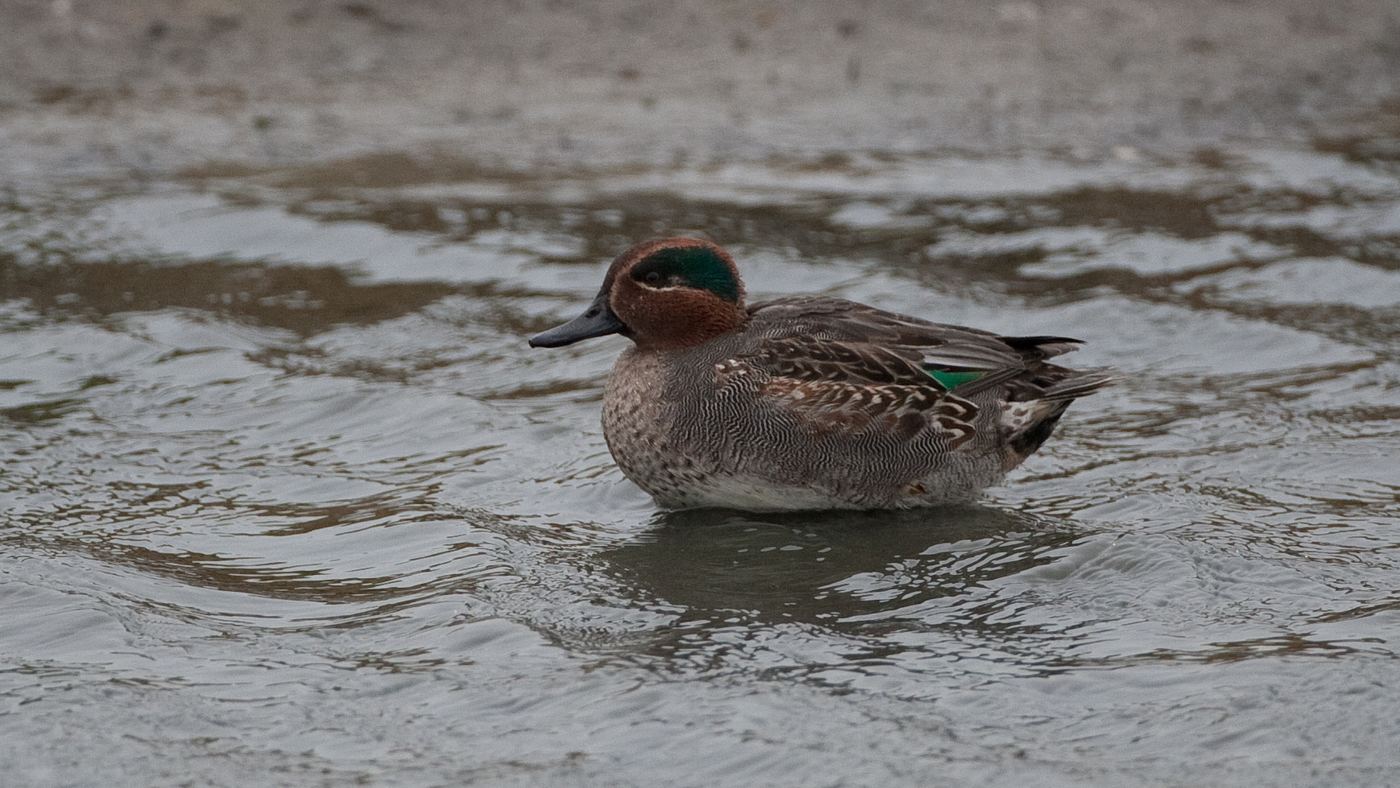 We drove back to Oudeschild for a second attempt for the Rosy Starling. The rain had stopped and it was not long before we arrived in the alley. Almost immediately we saw the Rosy Starling (302) sitting on a roof. Again great pictures were made. The bird perched on an existing grape bush and began to eat the remaining grapes. This too was beautifully recorded. The third target of the day was in. It was just after noon and we decided to leave the island in an effort to do a Red Phalarope near Den Helder. The first available ferry left at 13.00 o’clock and we were able to drive immediately on the boat. On board we drank a cup of coffee. The crossing only takes 45 minutes and passed quickly. According to the route planner we had 17 km to go. The site was quickly found, but the Red Phalarope was found to have disappeared. We drove to Schoorle where every winter Lesser White-fronted Geese are seen. These have also been reported but after a good search we could not found them. 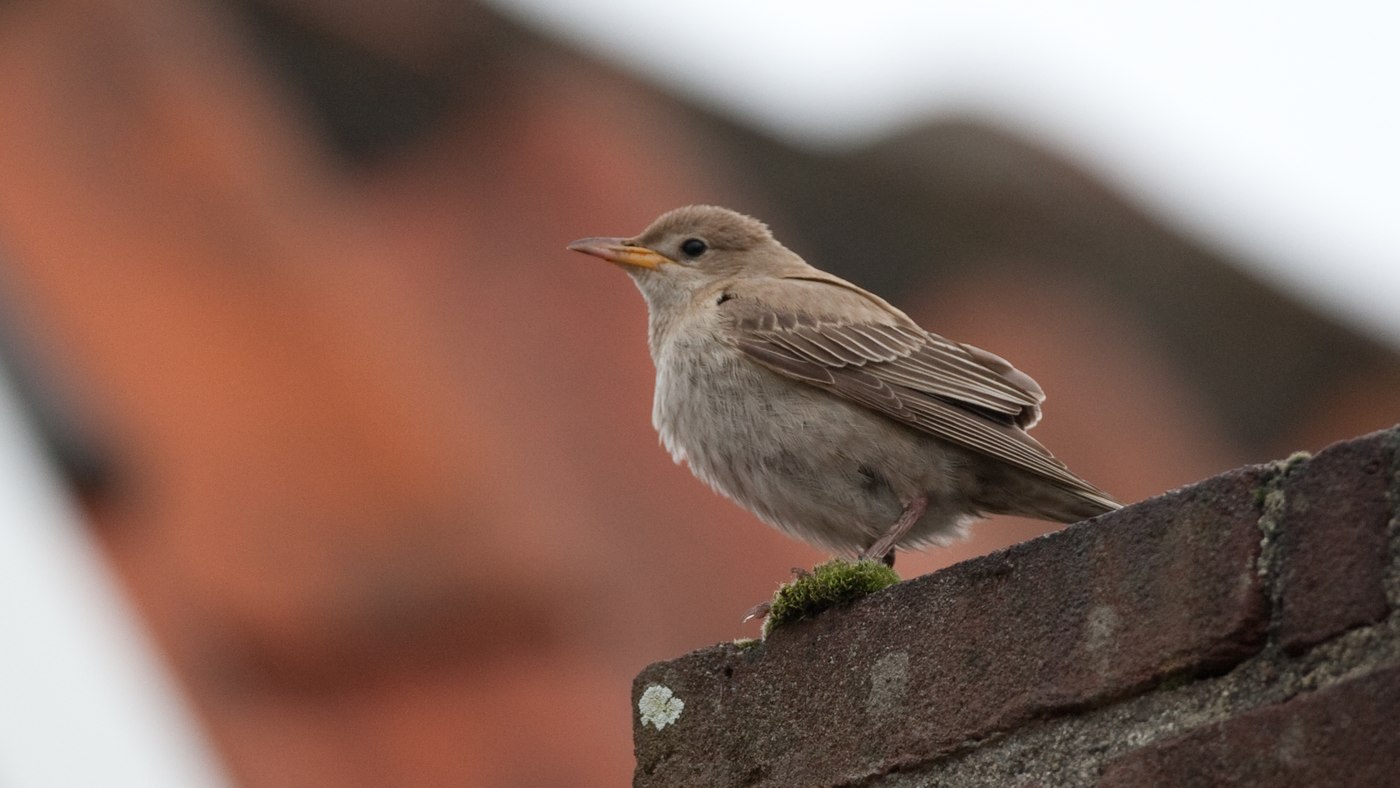 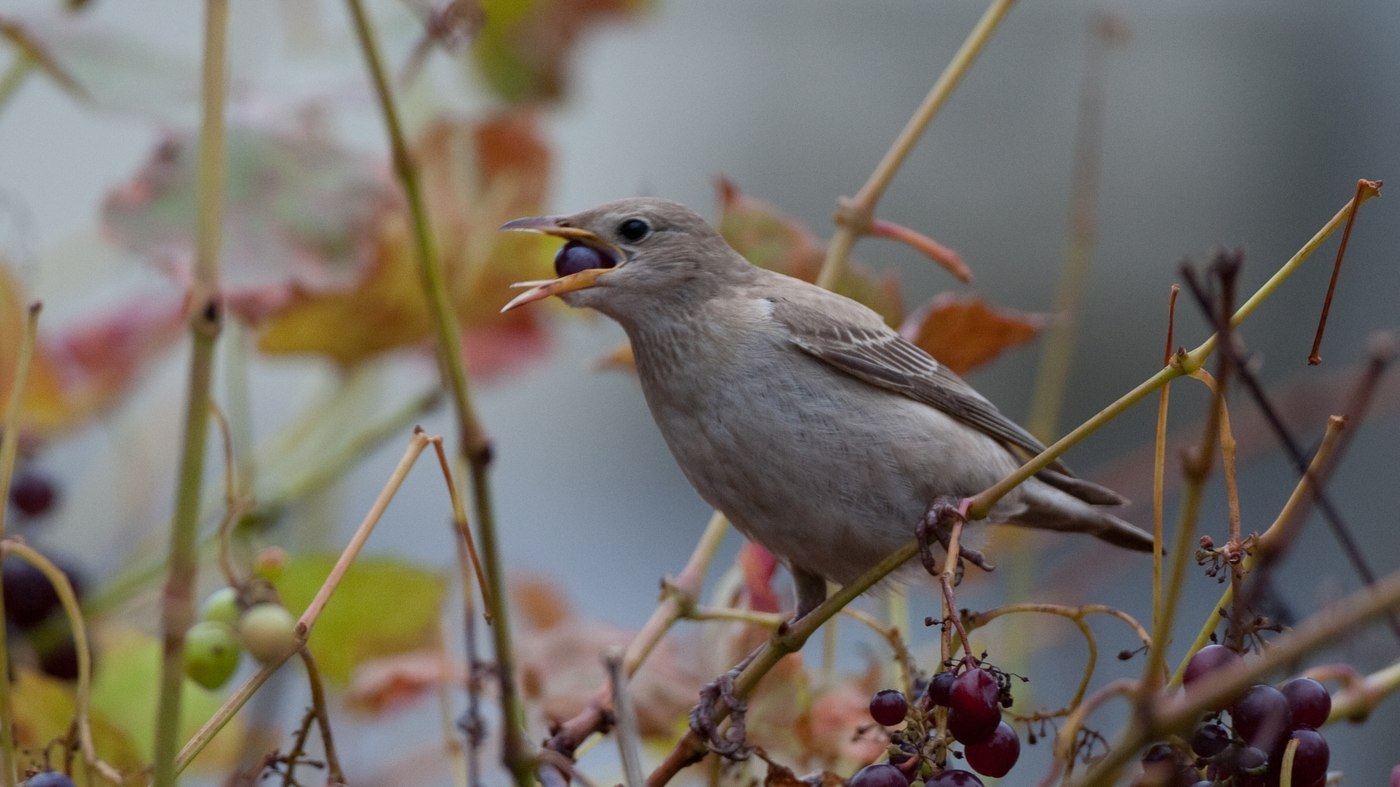 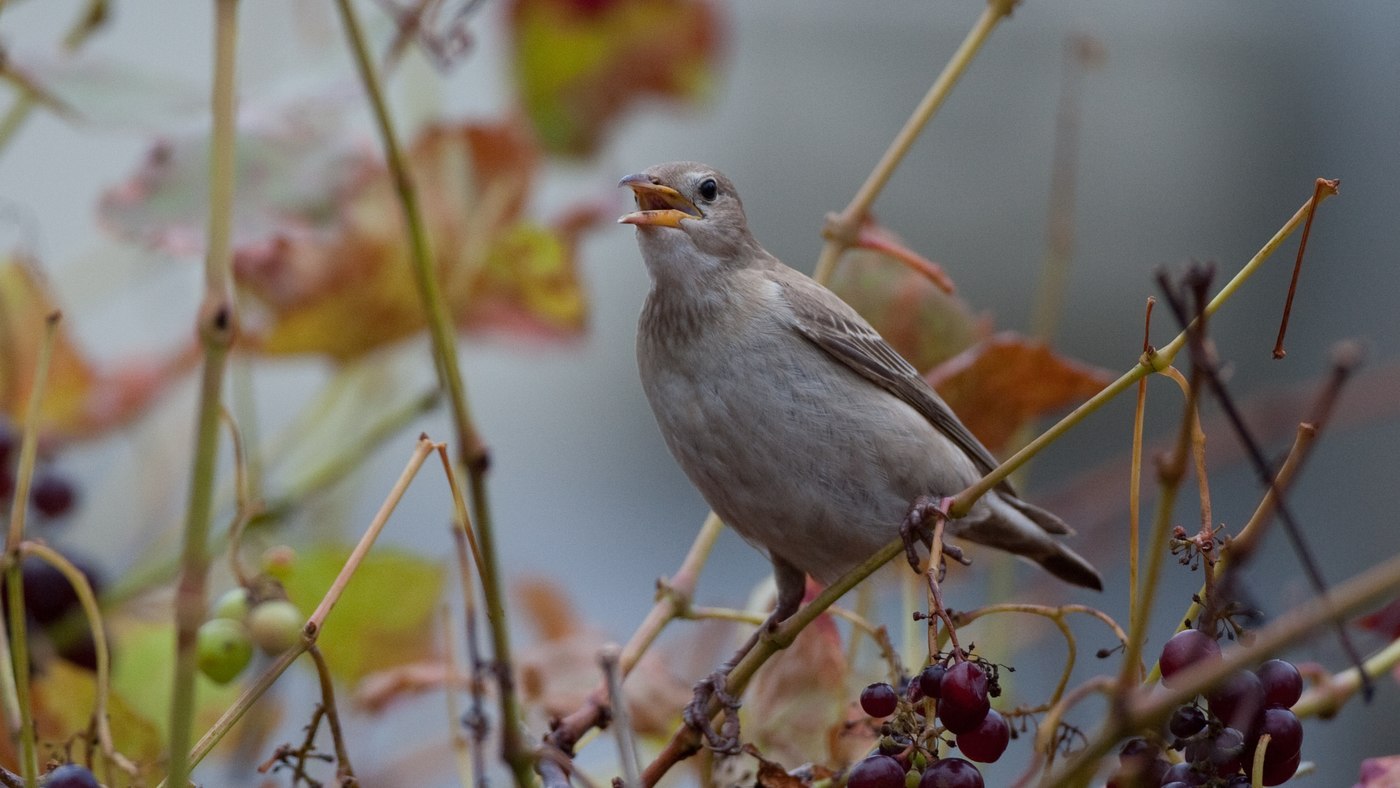 It was time to drive back to Uden. In total we saw 94 species today and the annual total was put at 302.