Lesser Yellowlegs and a White-rumped Sandpiper 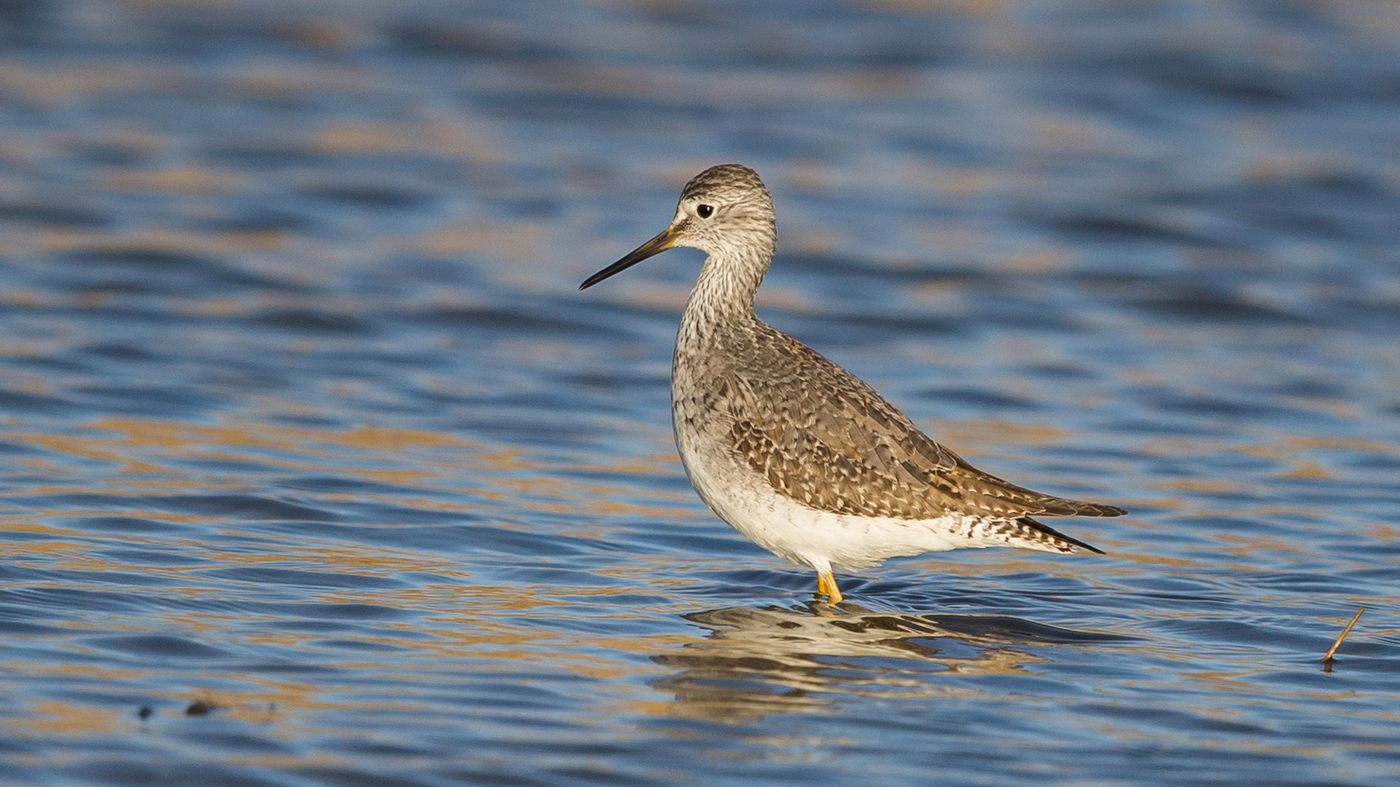 The end of the year is fast approaching and there were a few species that we had to do for the monthly list. The Two-barred Crossbill and Lesser Yellowlegs in the north of the country were the targets this weekend. Pieter also needed a Parrot Crossbill and we were able to combine this nicely. Saturday morning at 7 am I picked up Pieter and Maartje in Huizen. 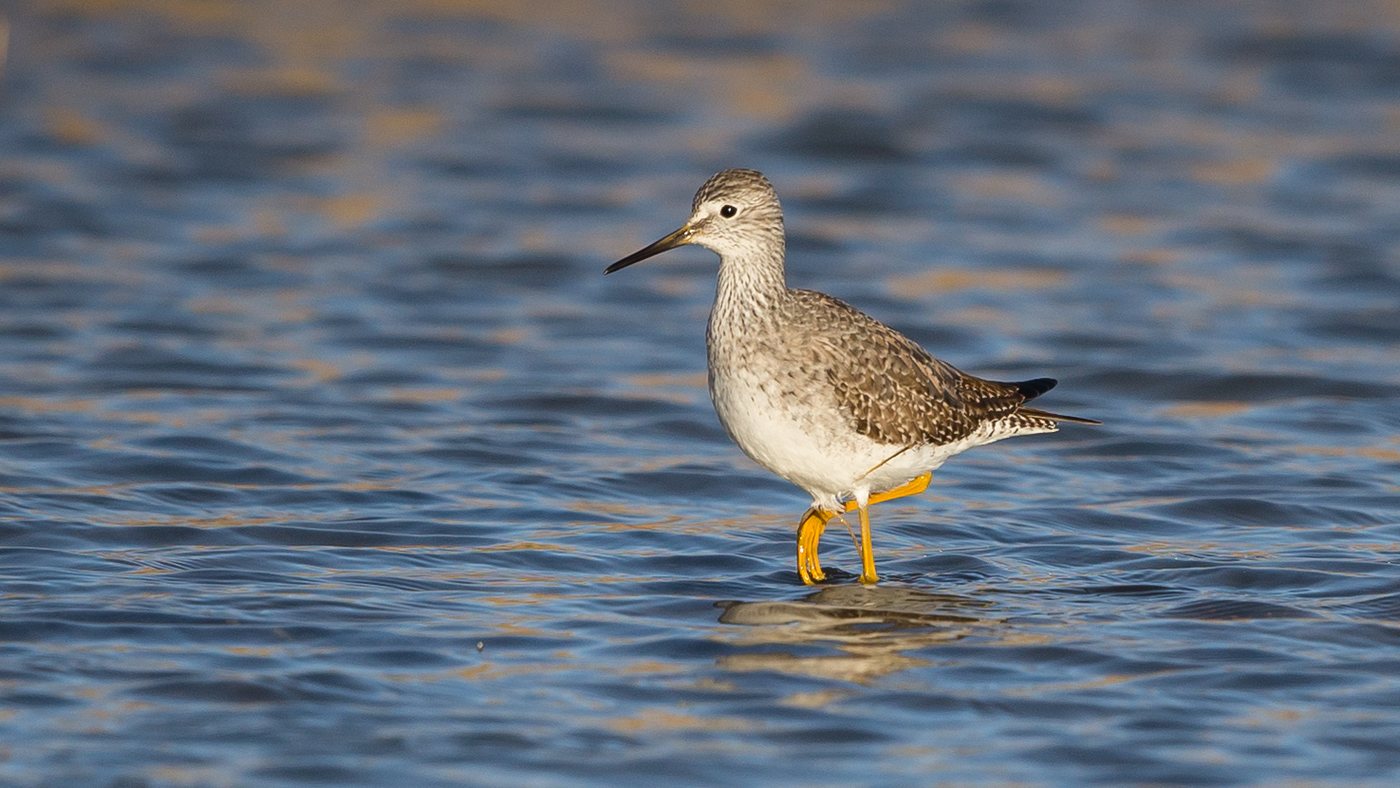 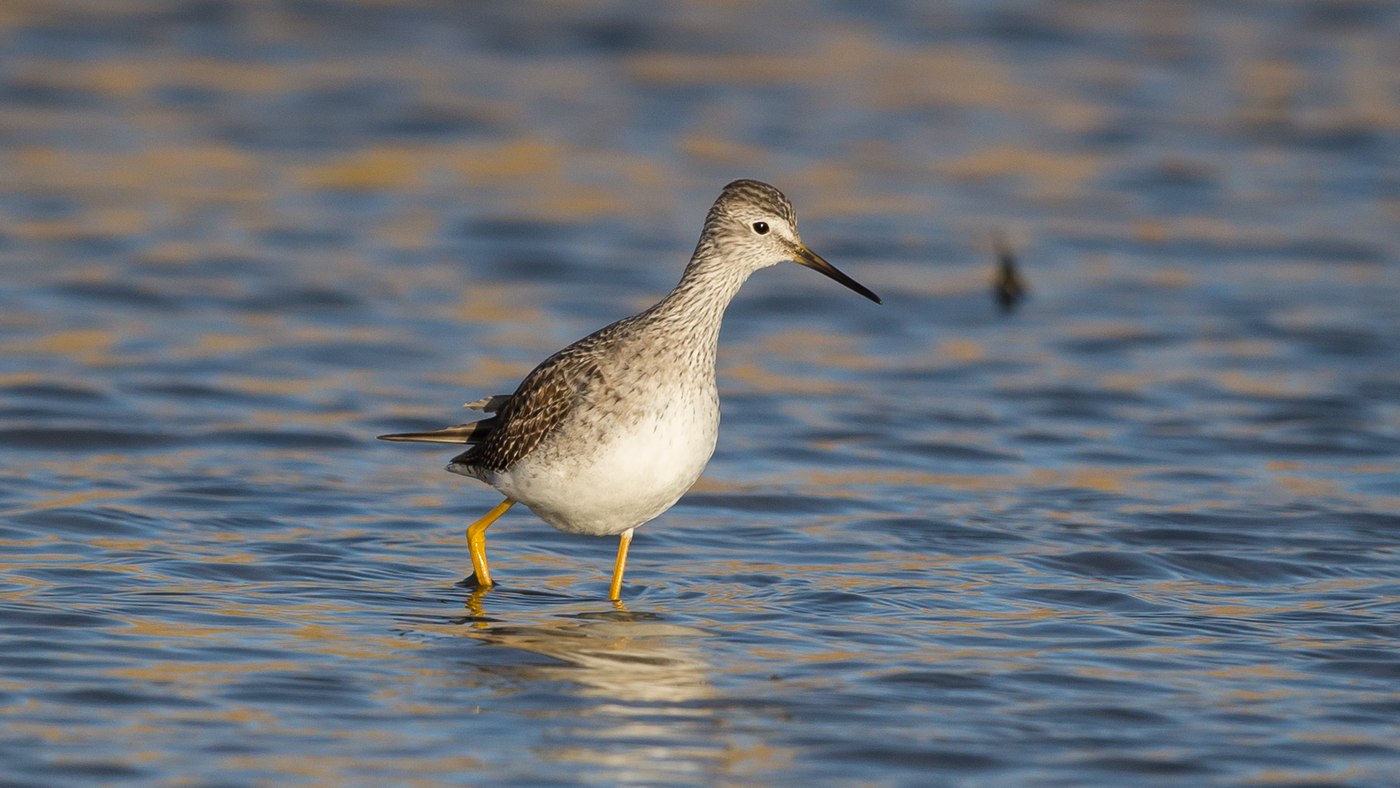 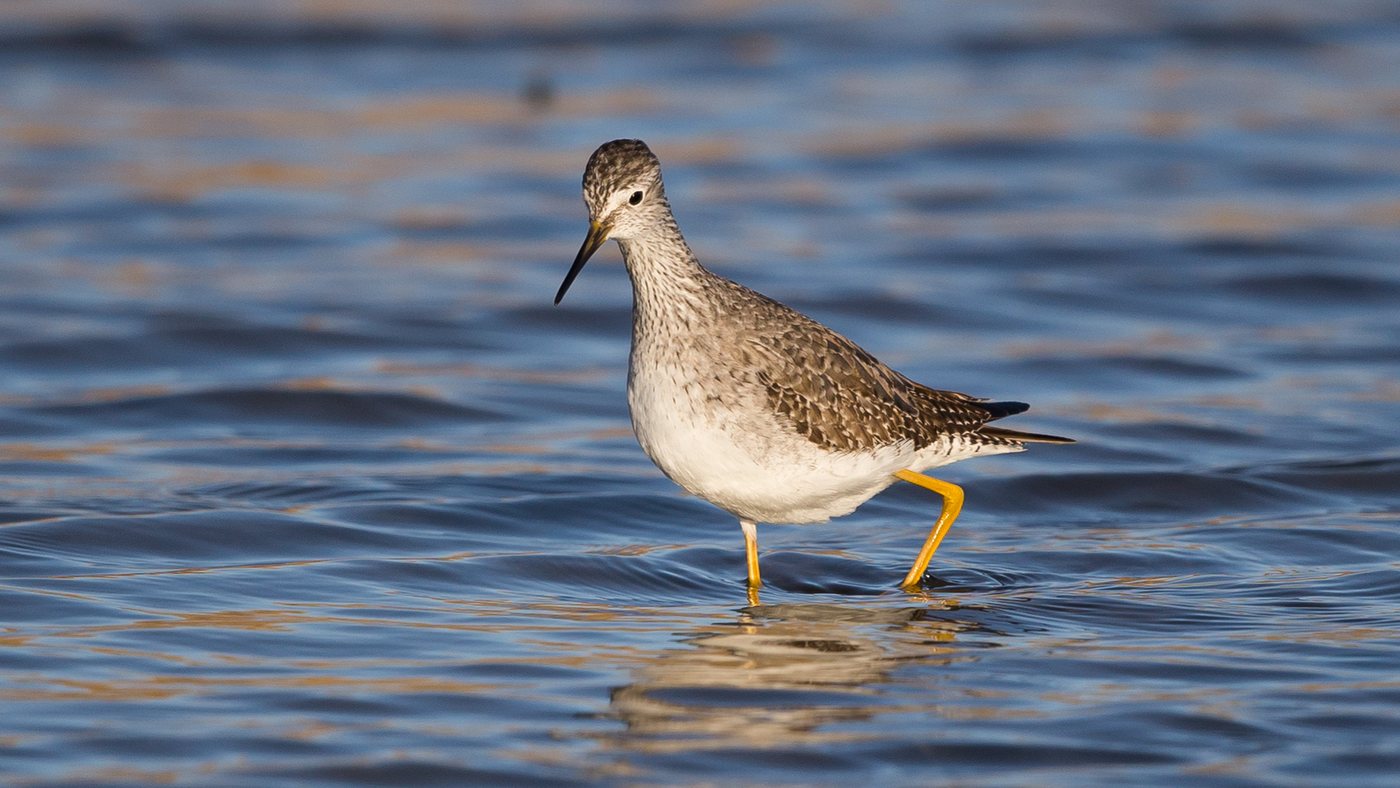 Just in time I arrived at the carpool spot at Huizen and we quickly drove on. It was drizzling and the visibility was poor. The outlook for the rest of the day was better but on arrival in the Drenthe - Friese Forest it was still very grey. A group of Red Crossbills, however, was quickly found and in between we found at least 3 Parrot Crossbills. There were some evidence pictures made and we walked back to the car. Along the way we saw a group of 21 Whooper Swans who had stayed de night over at the present lake. 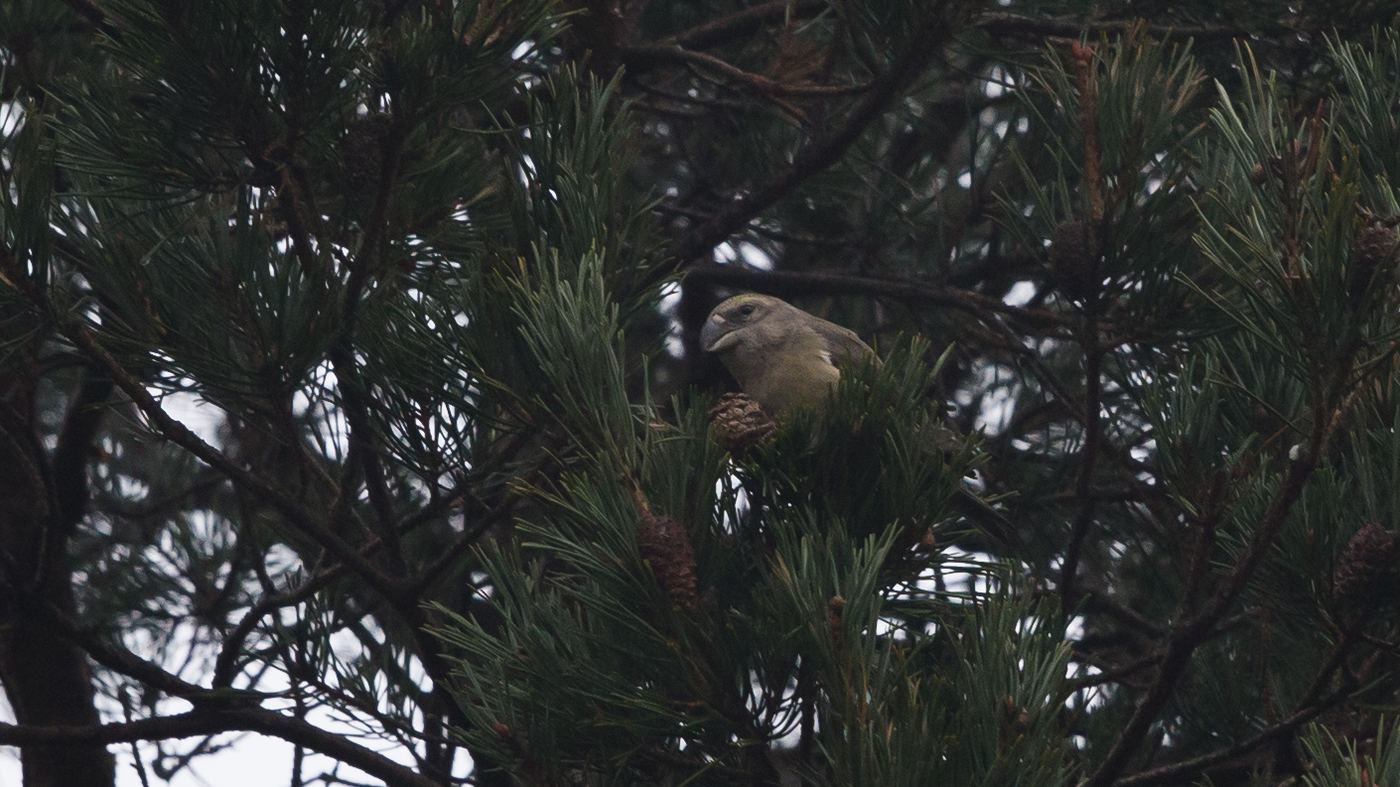 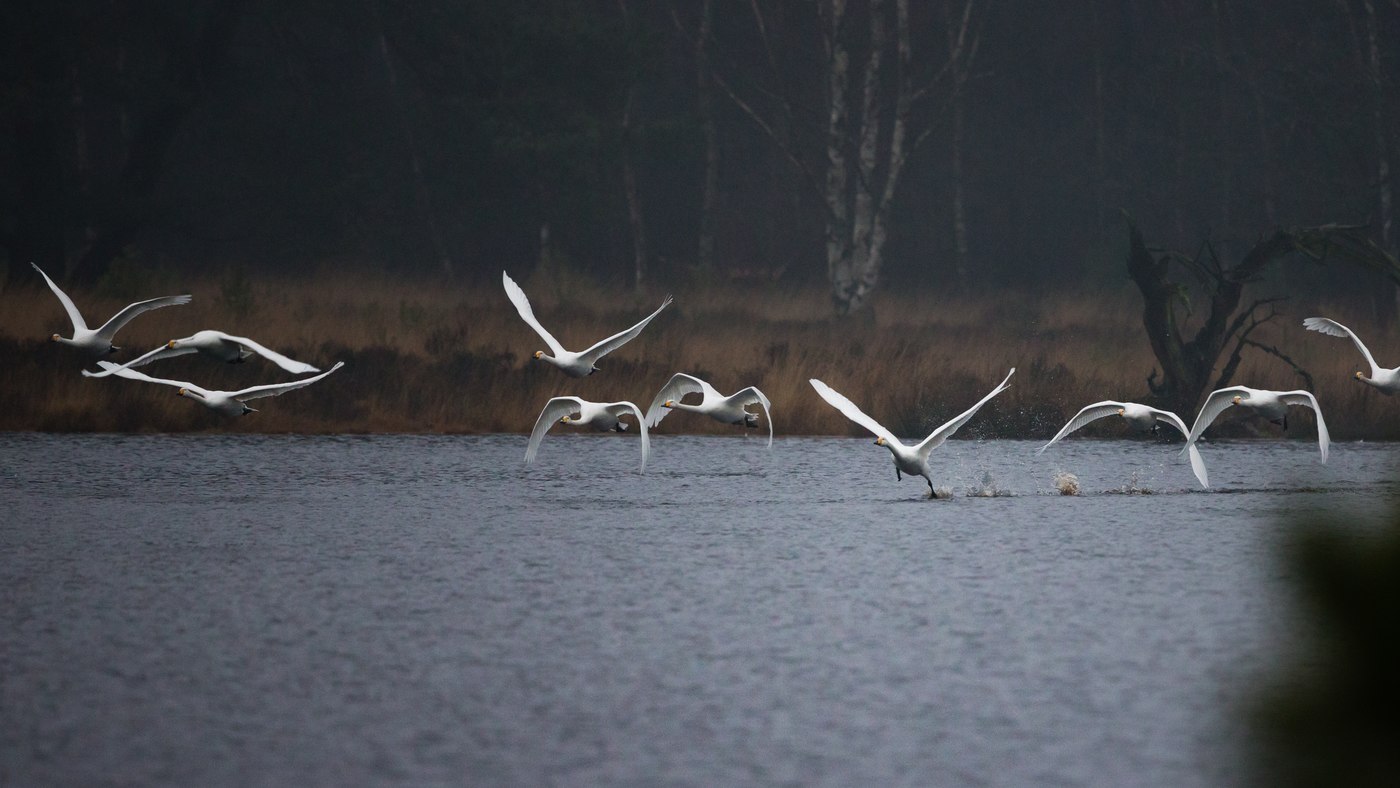 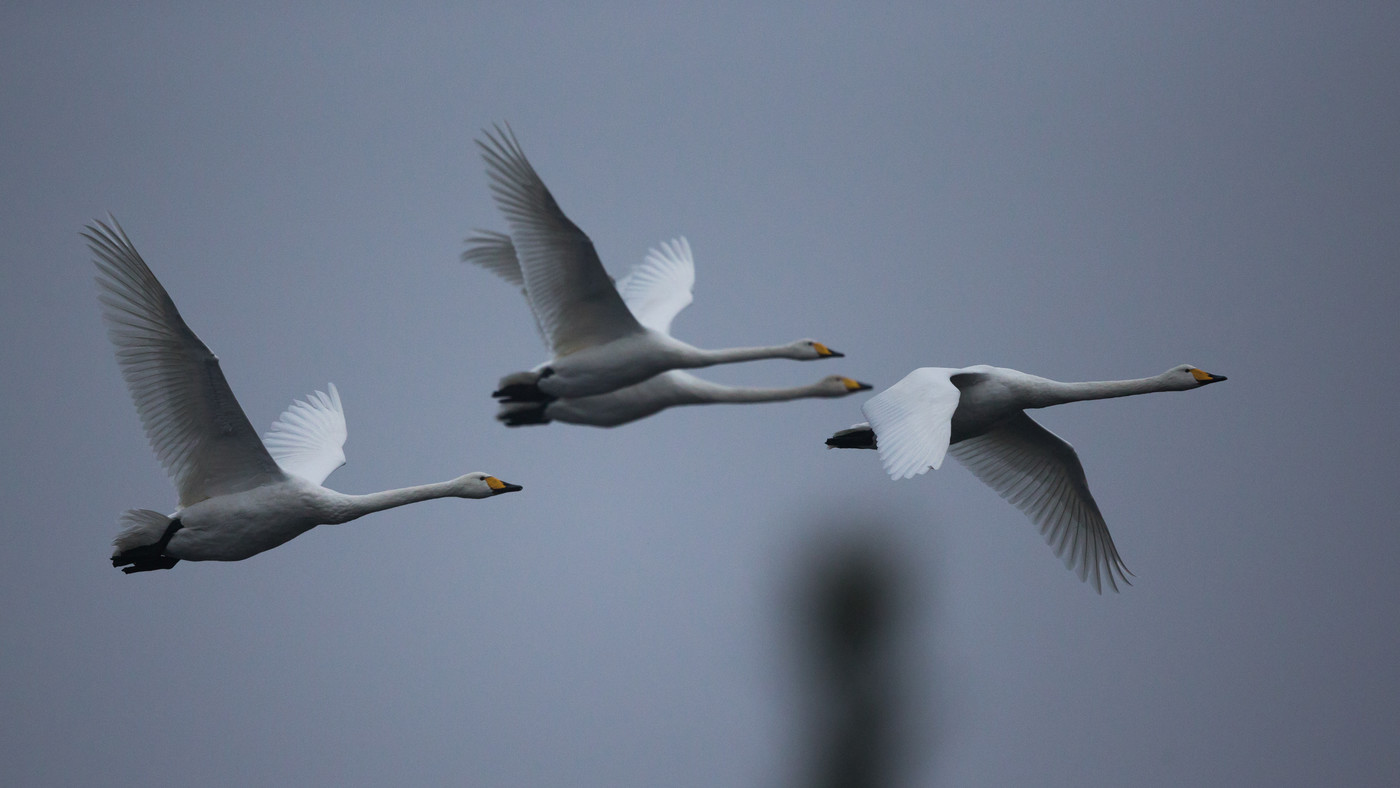 The next destination was the Noordlaarderforest where for some time now a Two-barred Crossbill is present. On arrival it was still very grey and occasionally drizzling. A Black Woodpecker was calling when we walked into the forest and a group of Red Crossbills was heard. We walked to the known place and it was not long before the group landed in a larch. The Two-barred was found quickly and a few proof pictures were made ​​. Long they did not stay because a Sparrowhawk took interest in the Red Crossbills. Restless they kept calling loudly flying around and eventually they left. 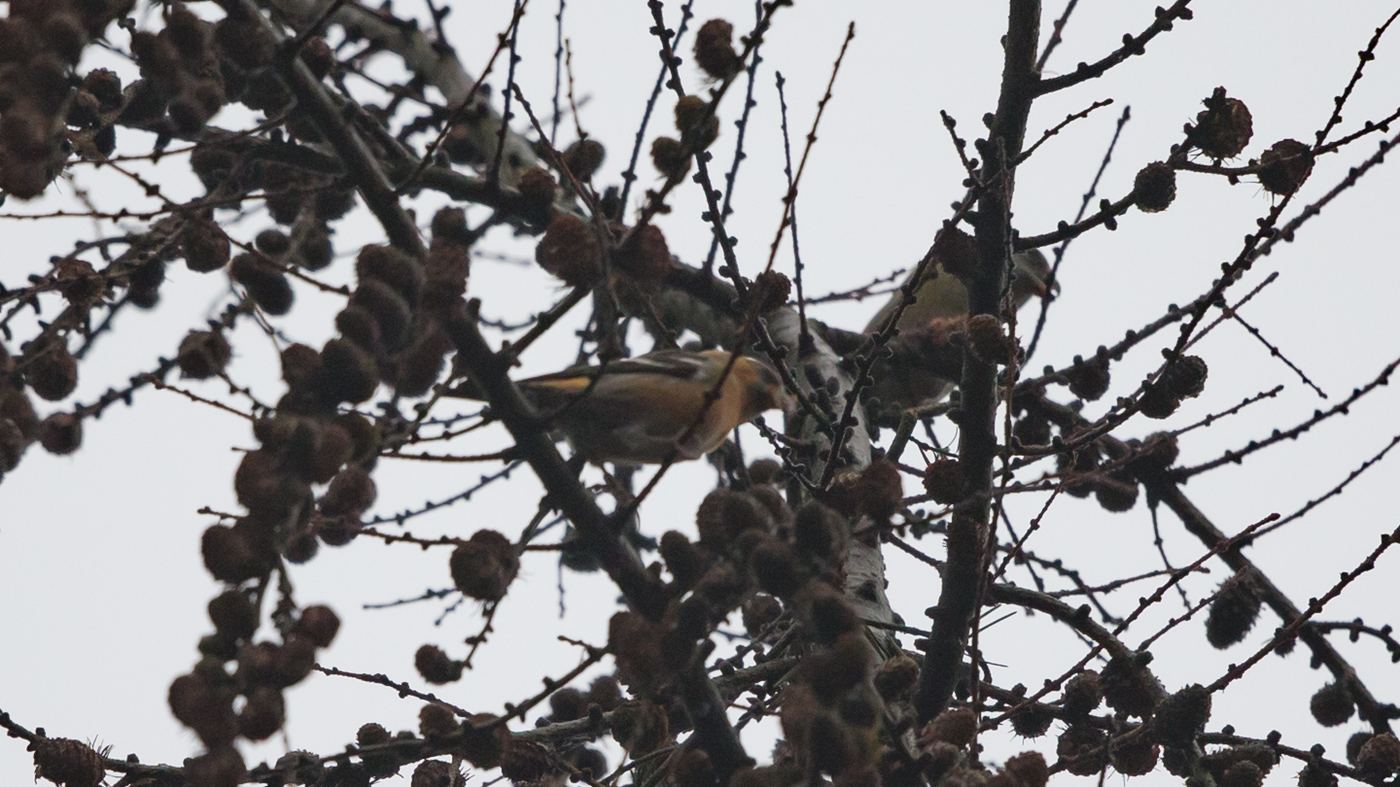 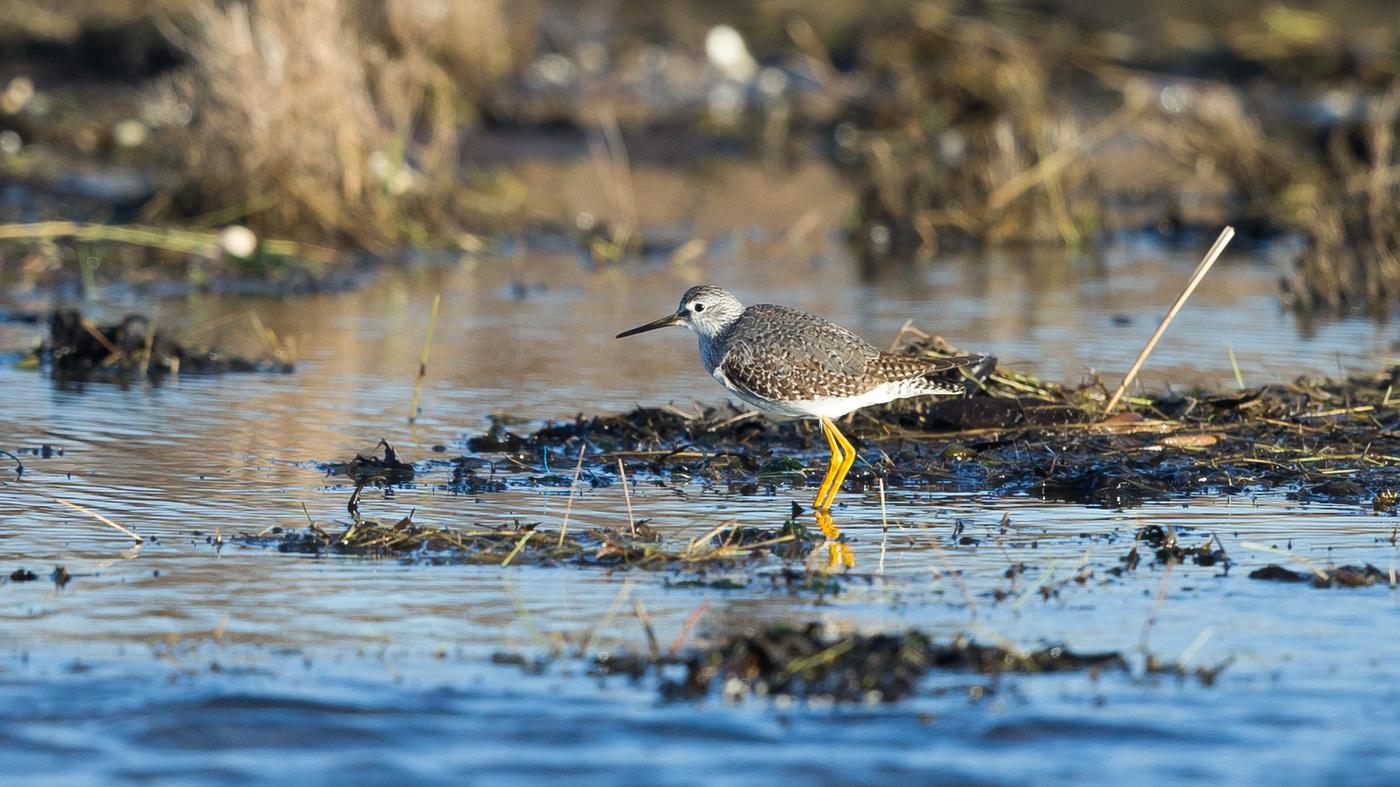 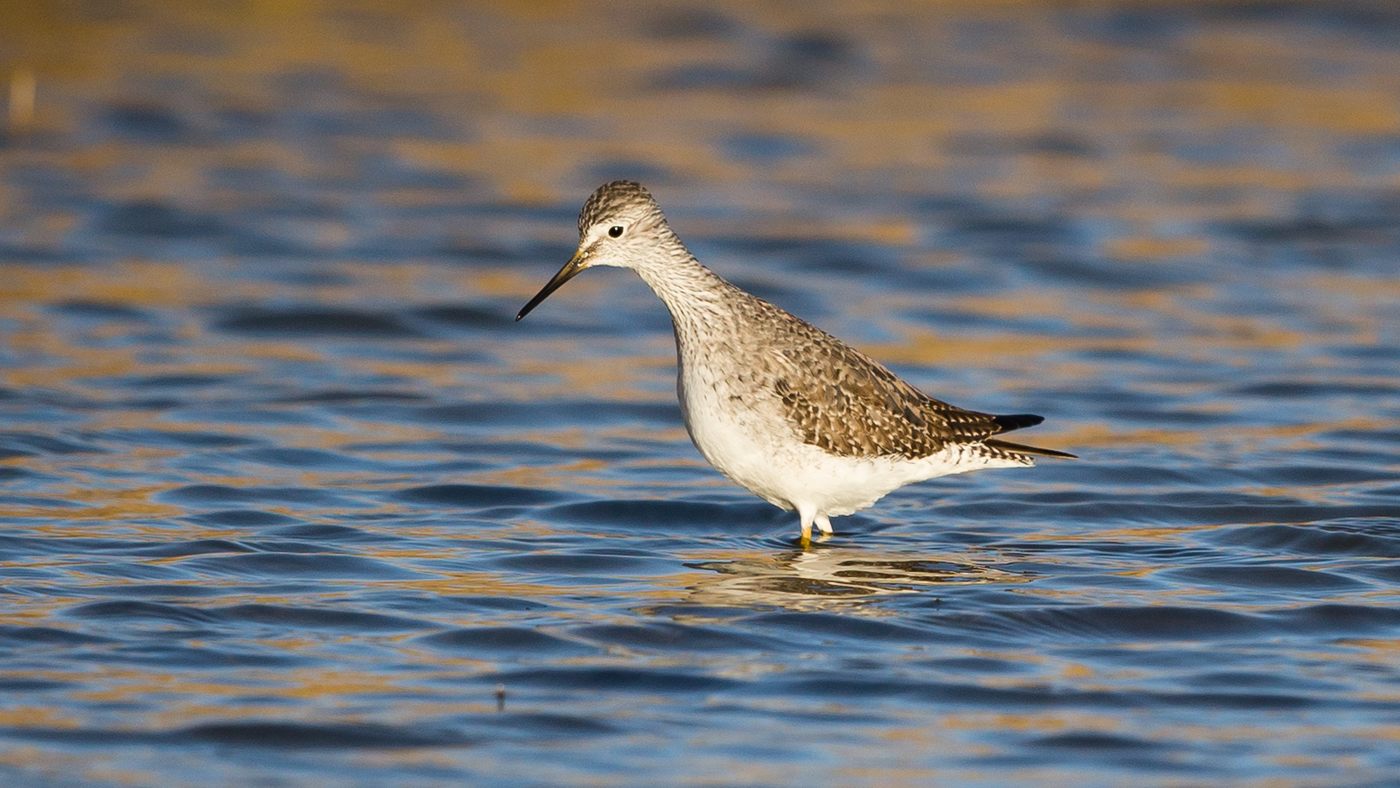 Time to continue and drive to Den Oever for Lesser Yellowlegs. Along it brightened considerably, and occasionally we got to see the sun. The bird was also reported threw the Internet so he was still there. At the destination we met Fred and Renate Visscher who had just seen the bird, but he had just flown. We therefore walked the dike, the telescopes were set up and the search began. Pieter received a call from Fred stating that the Lesser Yellowlegs just flew past us towards the small puddle. So we walked back and found indeed the bird. He was very close here and let himself beautifully photographed. 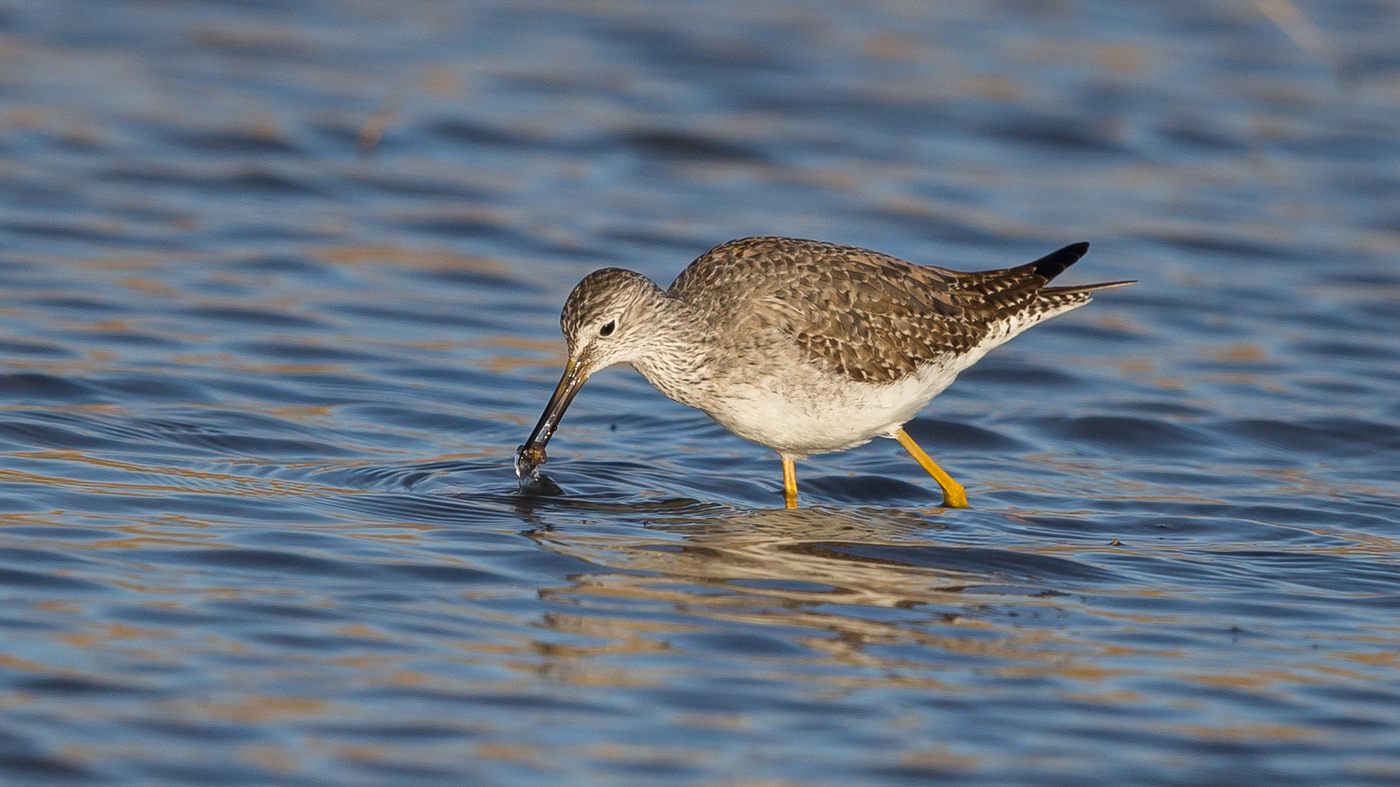 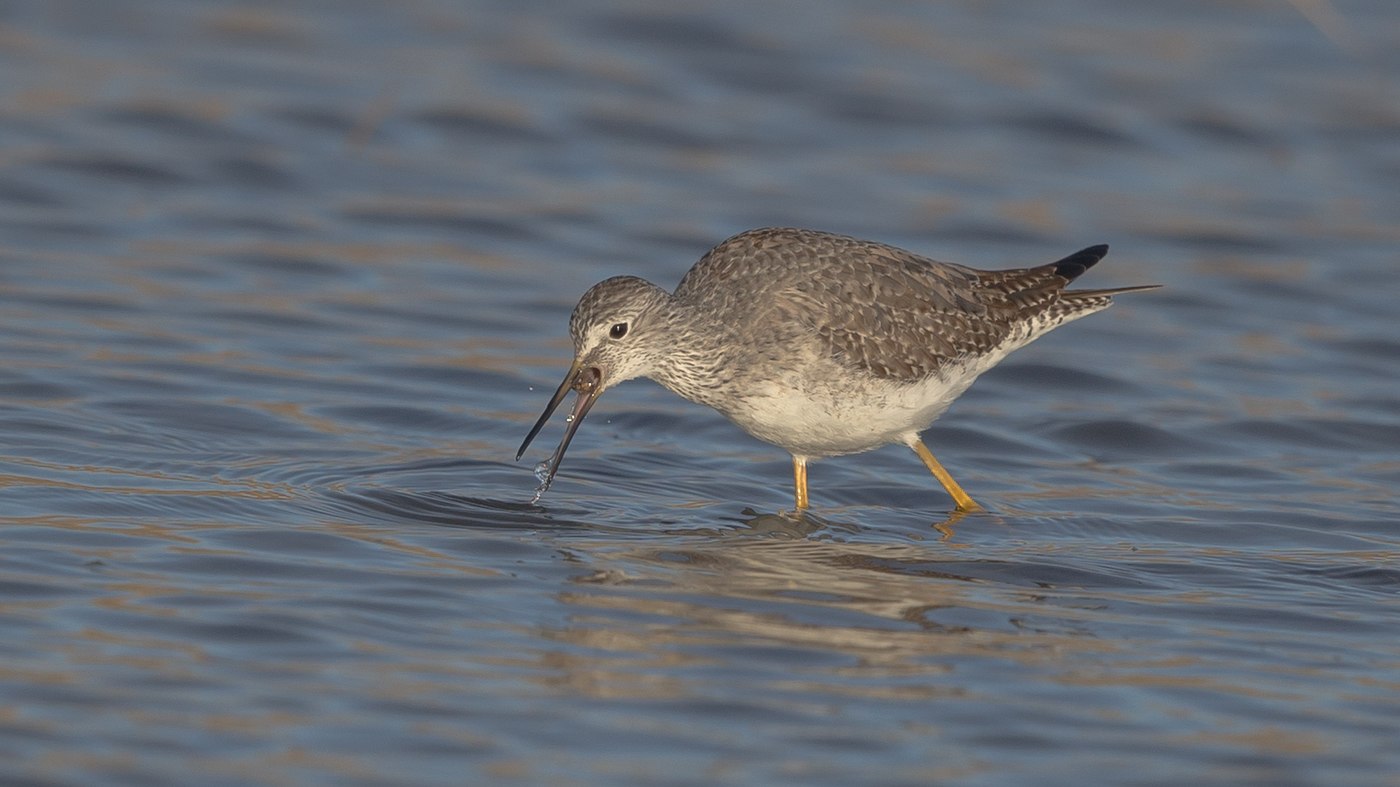 Pleased with the pictures we walked back to the car where we discussed what to do next. It was about 3 o'clock and the Dotterel in Flevoland, where also a Little Stint was reported, seemed to be the best option. Pieter and I had already visited the bird this week but Maartje did not. I also missed the Little Stint which was needed for the month list so we could try that also. During sunset we arrived at the Vossemeerdijk and we met Dick Groenendijk. The Dotterel was still there but because the birds had just flew up they did not have him in the picture. However, they had the Little Stint in the scoop that looked still very suspicious. It at least appeared to be absolutely no Little Stint and there were suspicious characteristics of White-rumped Sandpiper! 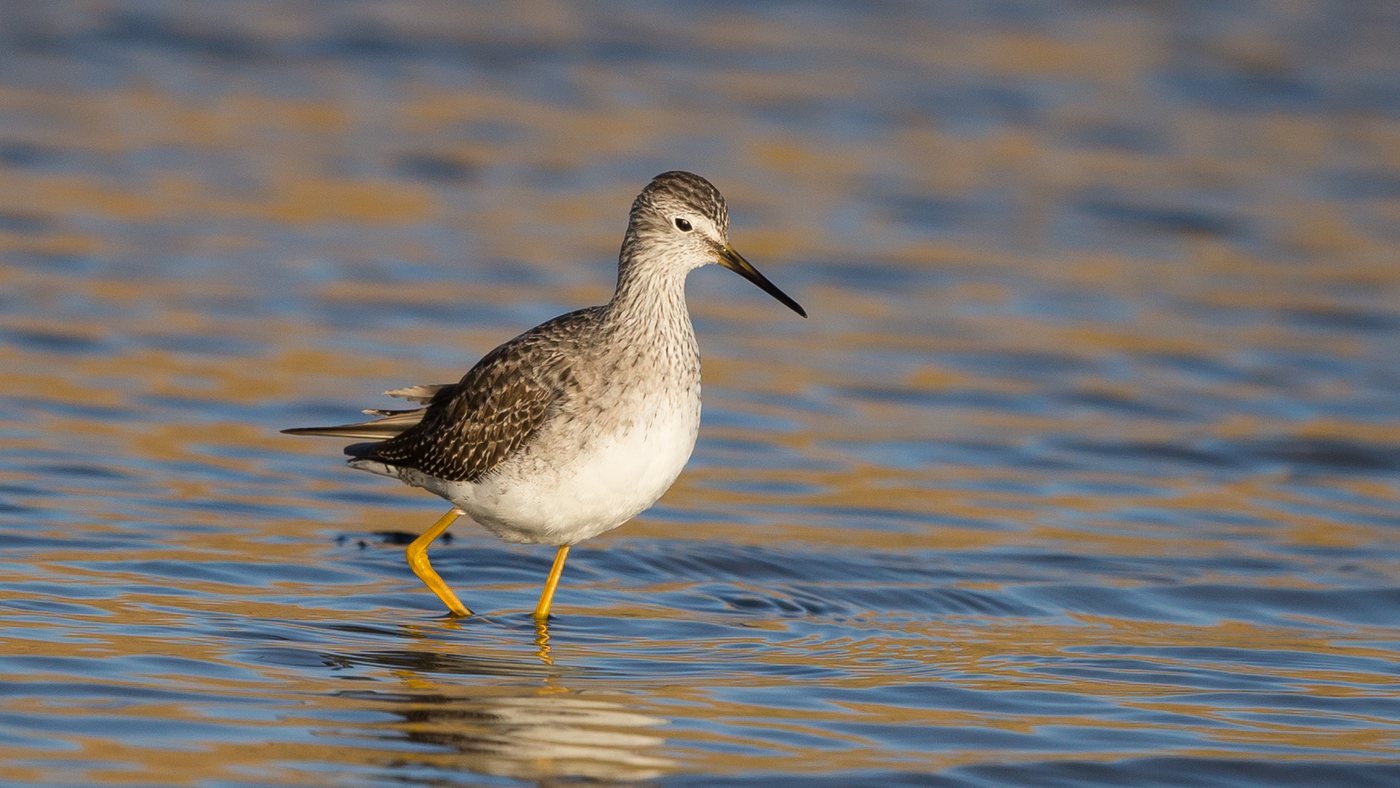 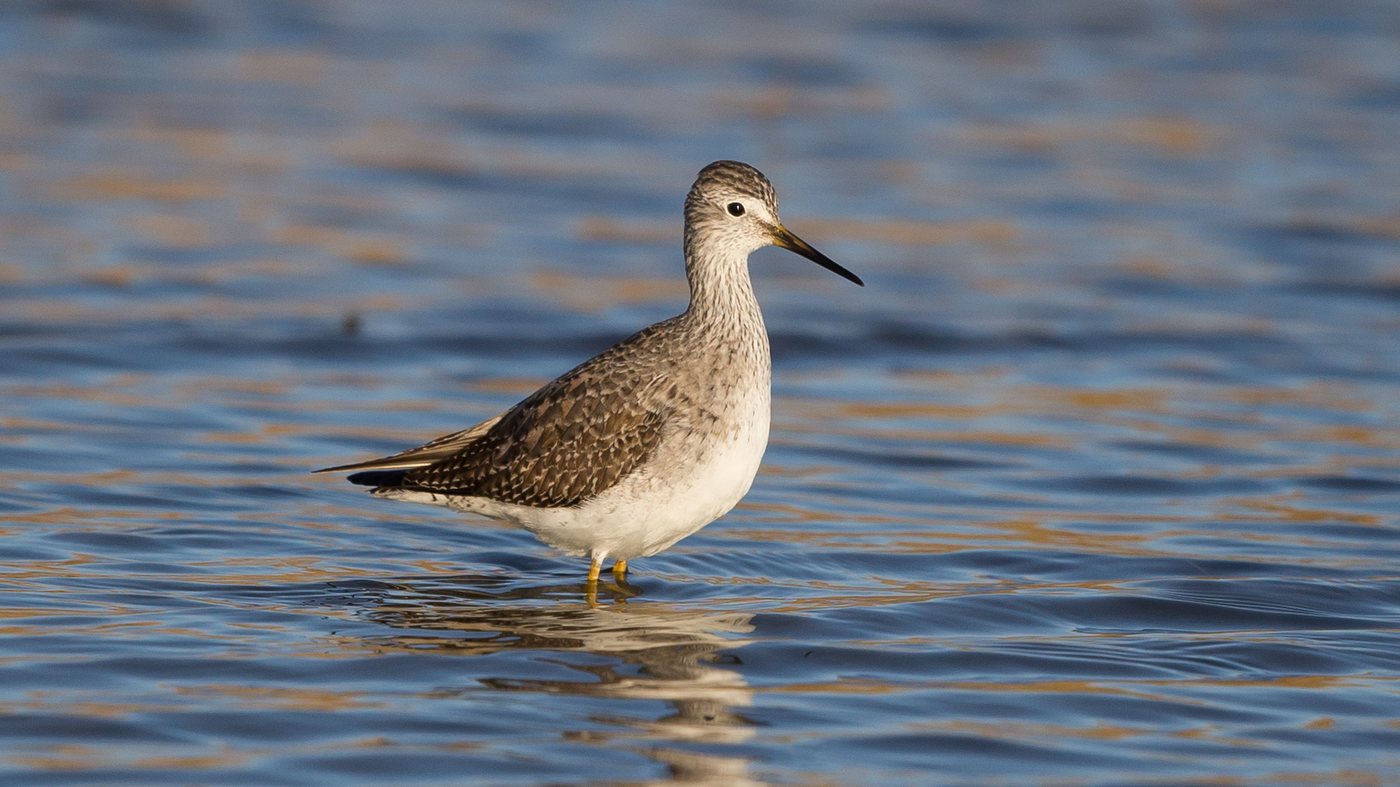 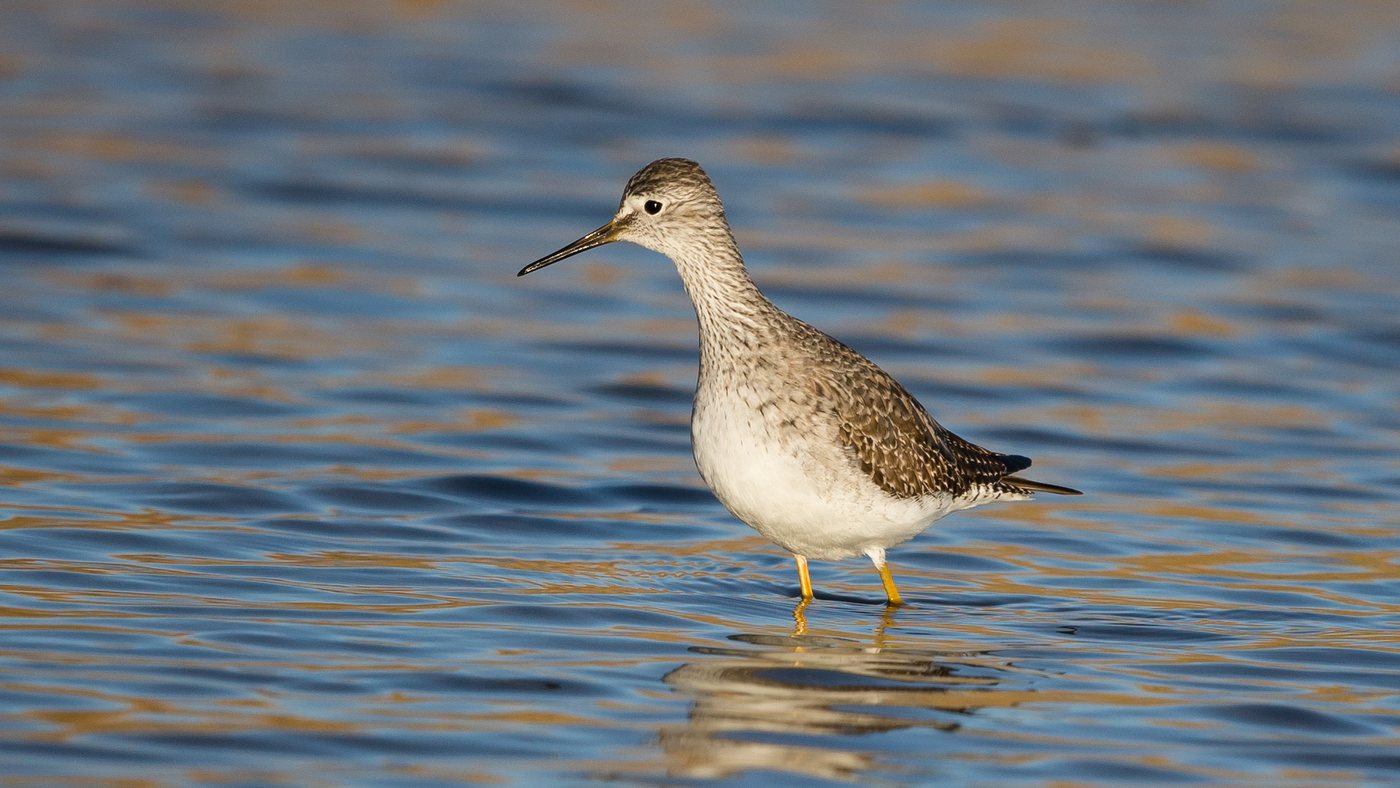 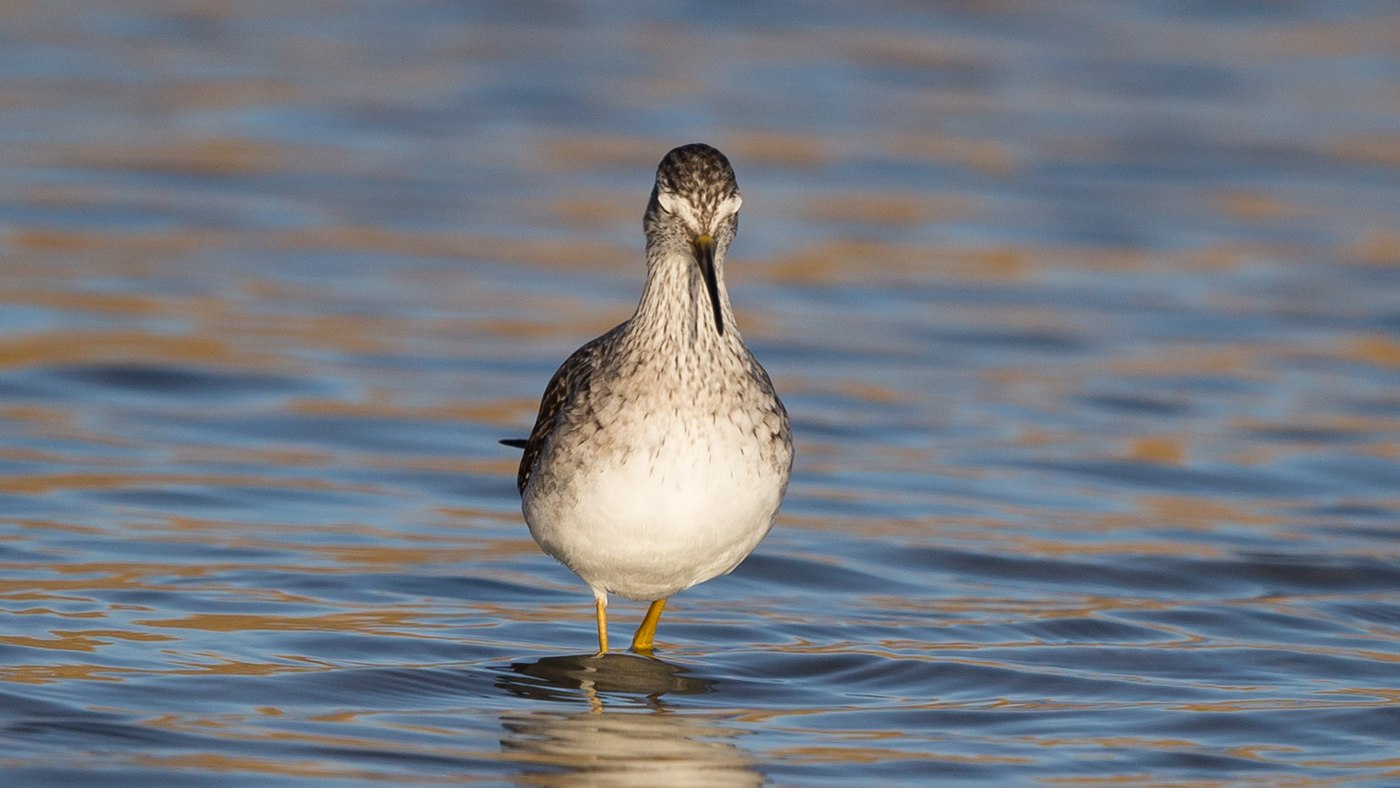 Meanwhile I found the Dotterel and the discussion about the small wading bird continued. We dared not, however, to make it a certain White-rumped and drove away with mixed feelings. The photos had to give a definite answer. During the ride other birders already had posted the pictures on the Internet and they were good enough to determine it a White-rumped Sandpiper. A beautiful species for December! With This bird the monthly list grew to 2999, one more to go.