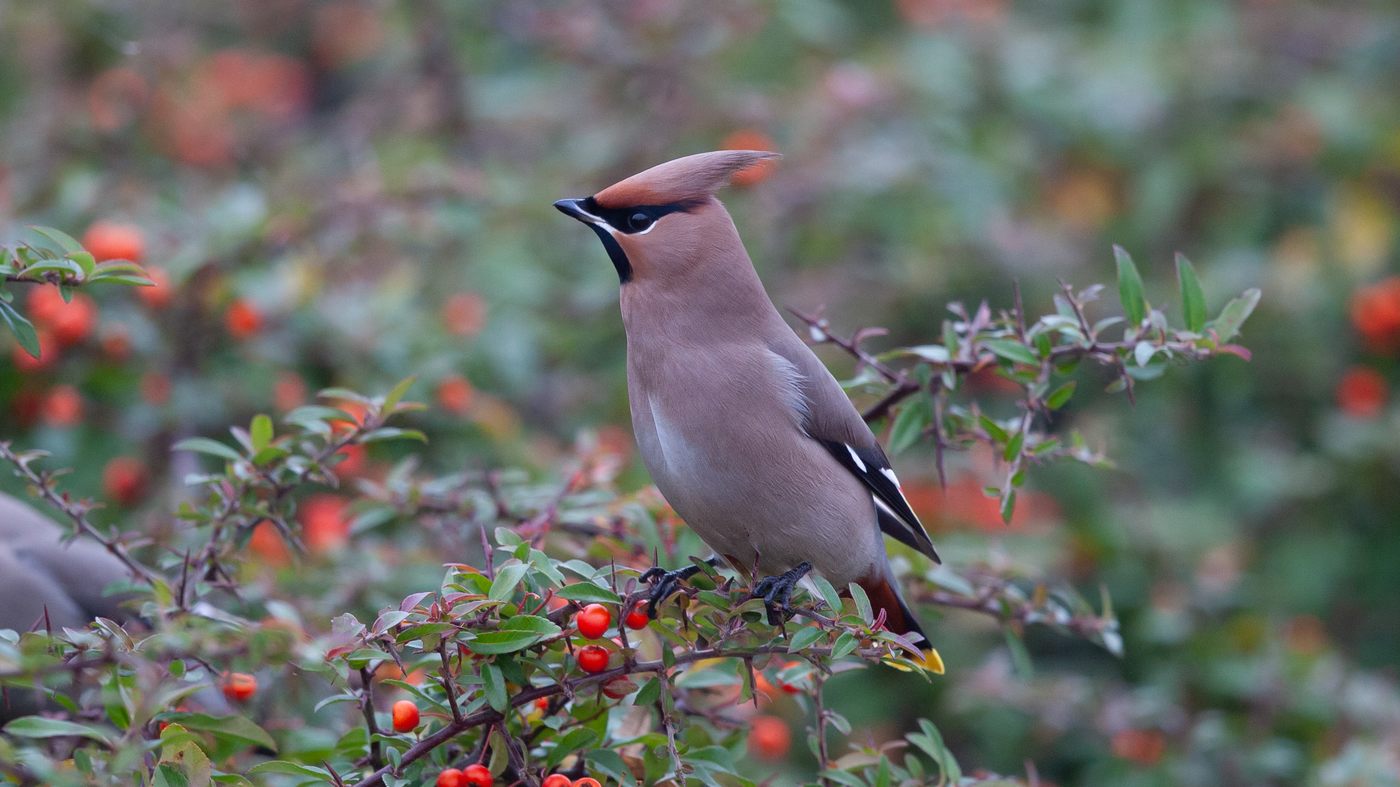 While having dinner with Pieter & Maartje options were discussed for Saturday. It's quiet in the Netherlands for birds and after going through the observations of last week it was chosen to start with the Penduline Tits in Vockestaert. From this place we would go in the direction of the province of Zeeland. 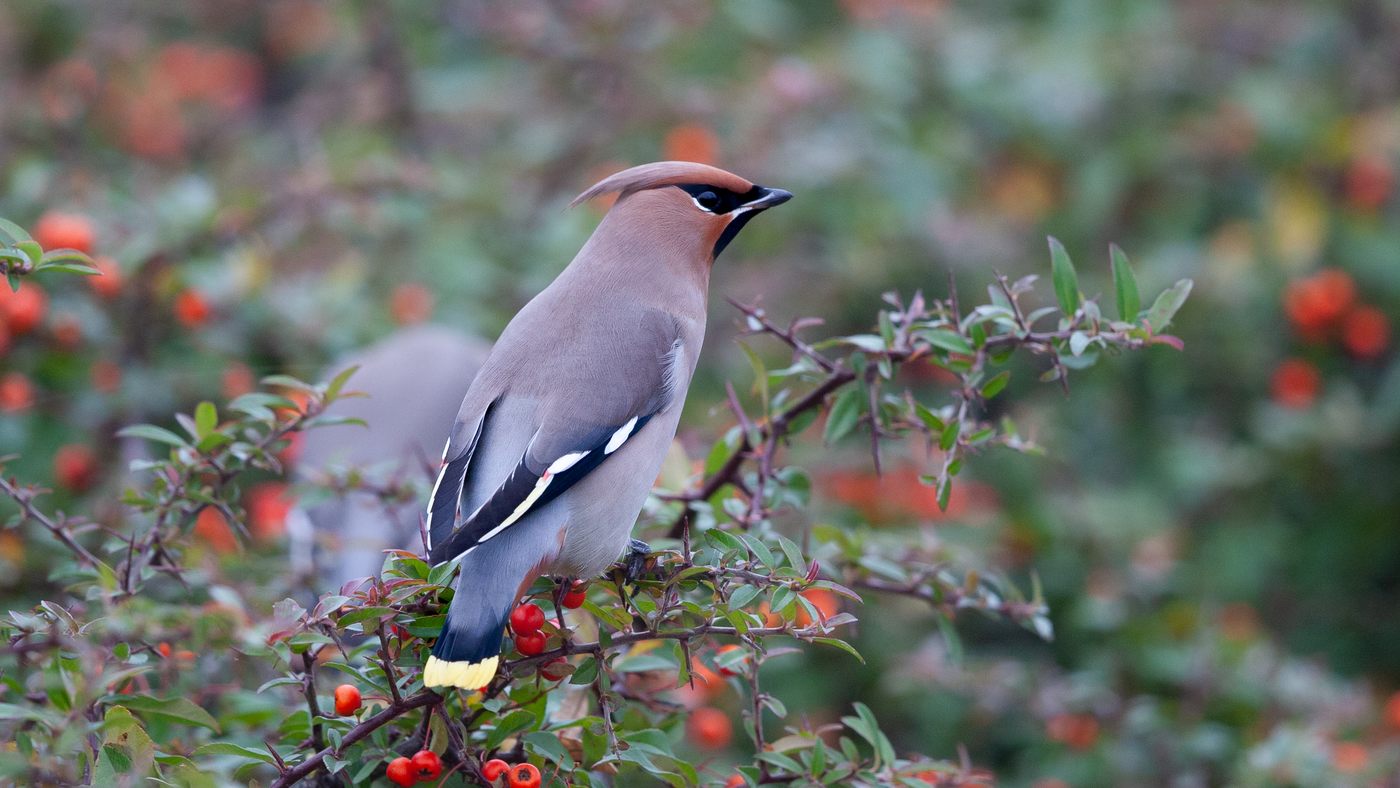 The next morning we met again at a car park at Made from where we continued with 1 car. Along the way we stopped for the necessary caffeine. With the coming morning light the car was parked at the spot where the Penduline Tits sat. The weather looked grey and the wind chill was not high. On the way to the cane fields, a Water Pipit was heard and later we saw some birds sitting near a puddle. A White Stork flew right over us, and frequently we heard a Water Rail squealing. We had to wait over an hour before we heard a Penduline Tit calling. We proceeded in the direction of the sound but did not see the bird. Also longer waiting revealed no more than an occasional bird calling and we decided that we had to move on.

Barendrecht was the next stop, the present group Waxwings had been reported and we hoped for some photo opportunities. At the reported spot a group of Waxwings was found quickly and we were not the only birders. A group of 13 birds was sitting in a tree above some firethorns. The birds came down occasionally and rapidly feast on the berries present. The feed sessions were short and there was little light what made making pictures not easier. Still I managed to take some nice plates. Satisfied we drove to the next destination, the Krammensche Slikken where a group of Flamingos sat that still count for the month list. Along the way it started to drizzle and it did not look like that today we would see the sun. The ride did not last long, and when walking up the embankment we were treated to an icy wind. 12 Flamingos were quickly found and we were glad we quickly returned to the warm car. 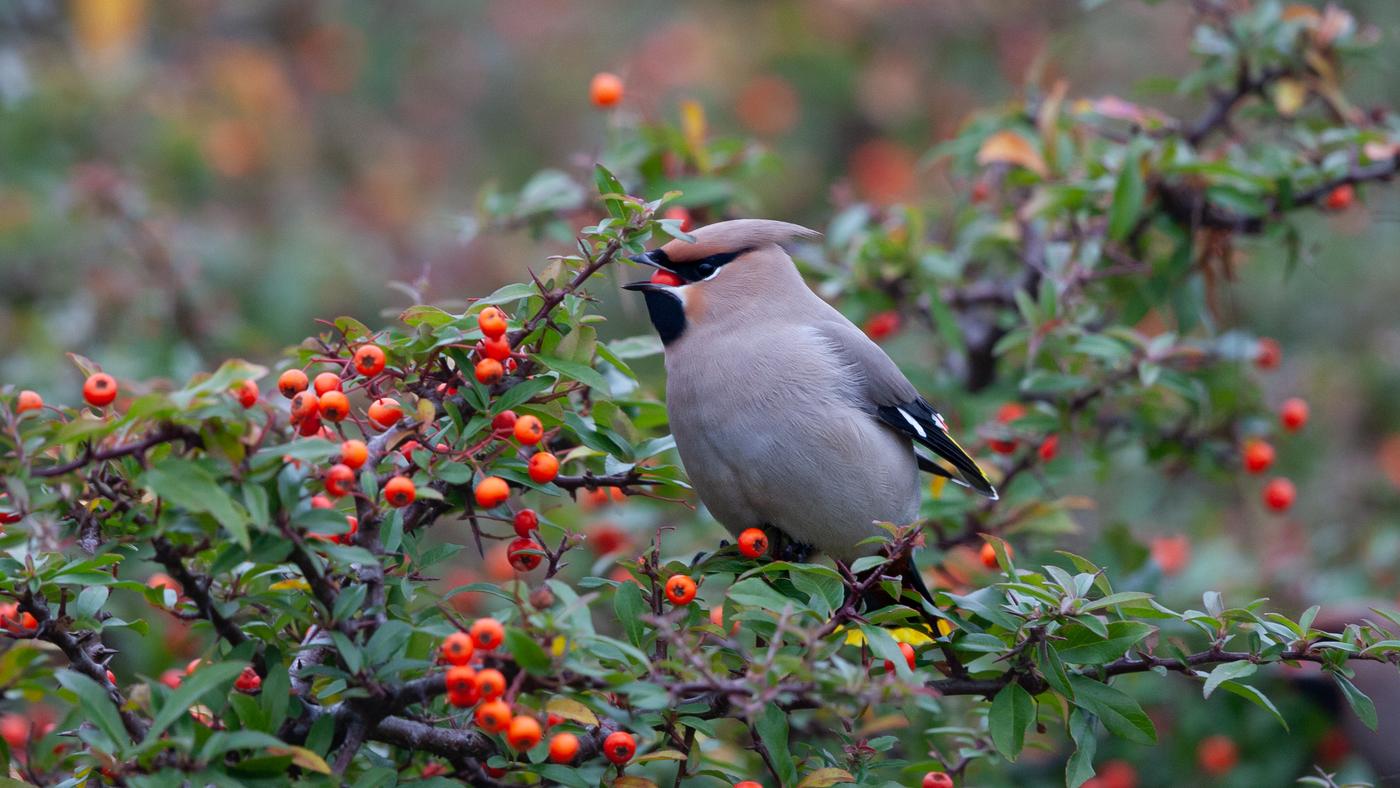 Continuously  birding we drove to the Brouwersdam where the telescopes were set up behind the shelter of the car. There were some Red-throated Divers and we found 3 Red-necked Grebes, also there were strikingly numbers of Black-necked Grebes and very few Horned Grebes. In the northern port we found a Great Northern Diver, the bird was difficult to see because he was more under than above water.  We drove on to Westkapelle, here T'Vroon was inspected and we had a walk in the Ruiterpad. Here a Firecrest was discovered but otherwise it was quiet. The cemetery of Westkapelle was thoroughly searched but it yielded not much more than a large group of Goldcrests.

We wanted to visit the Oesterdam after but the light was so far diminished that we didn’t bother. With a day list of 79 species, including 2 new for the month list we drove back to Made where I said goodbye to Pieter & Maartje. I drove further to Uden where the day ended in style at Marc's BBQ.