Weekend with a Blyth's Reed Warbler 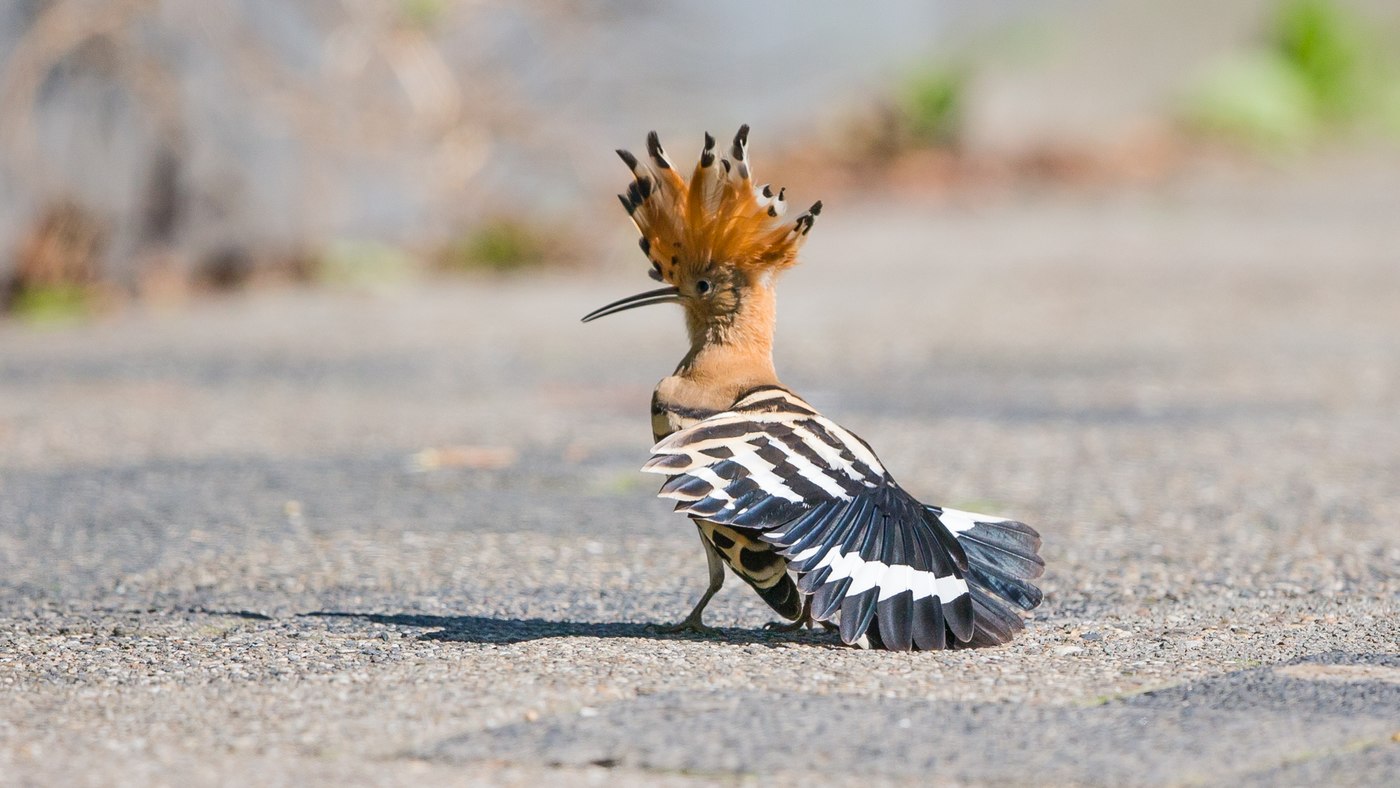 With three new species last week and plenty east wind I was looking forward to the weekend. We agreed to start at the migration site "De Vulkaan" in The Hague on Saturday. Pieter still needed a Red-throated Pipit for his record and this seemed the best option. Alwin and Thijs went along and together we arrived at 6.45 am at De Vulkaan. 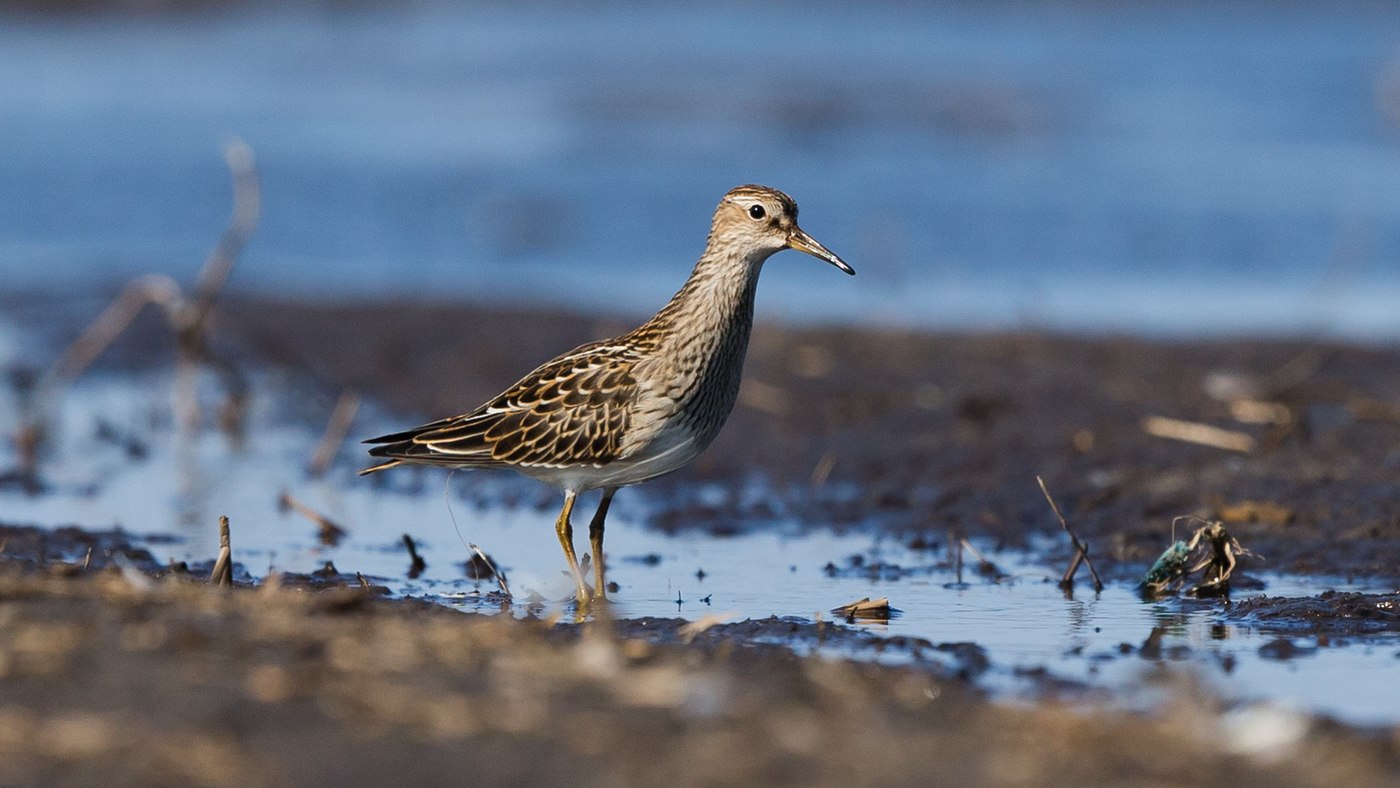 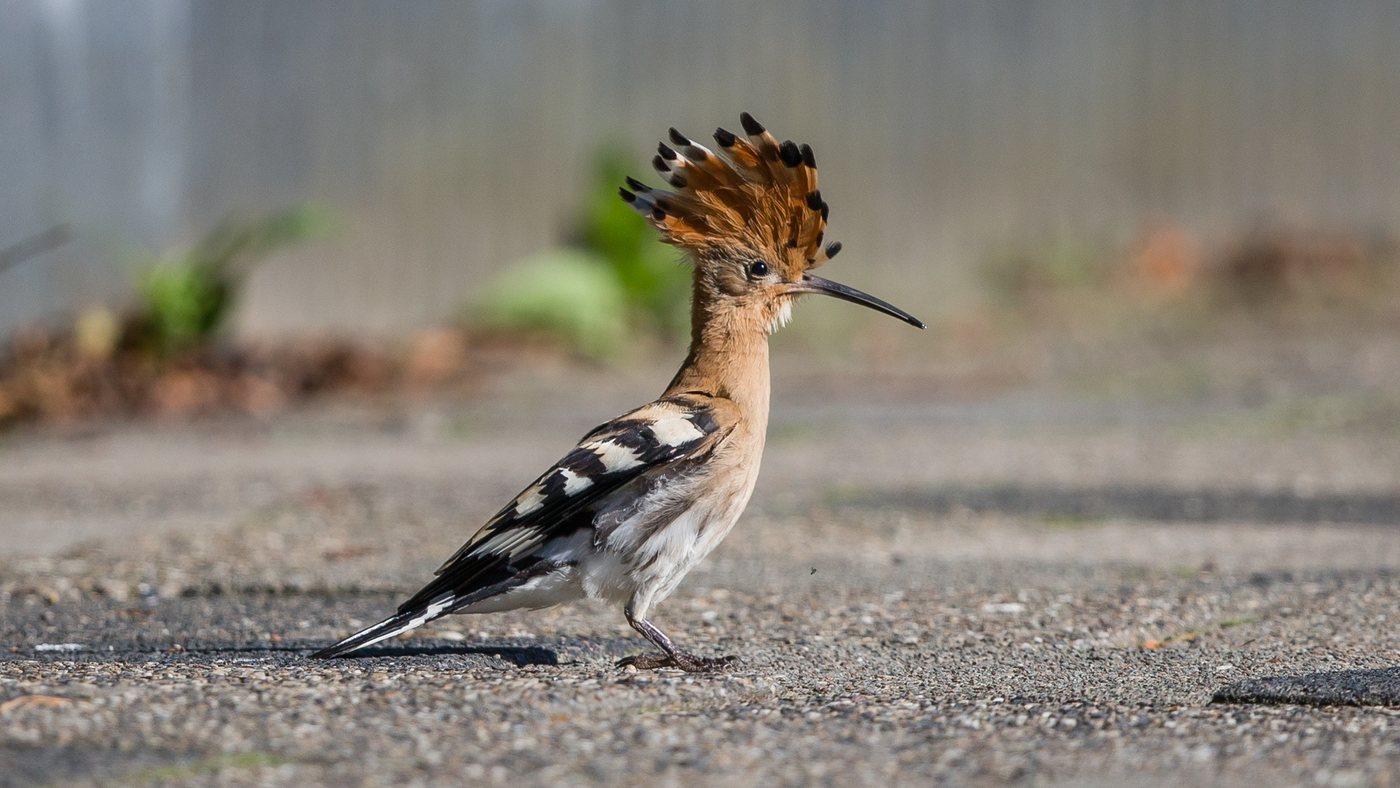 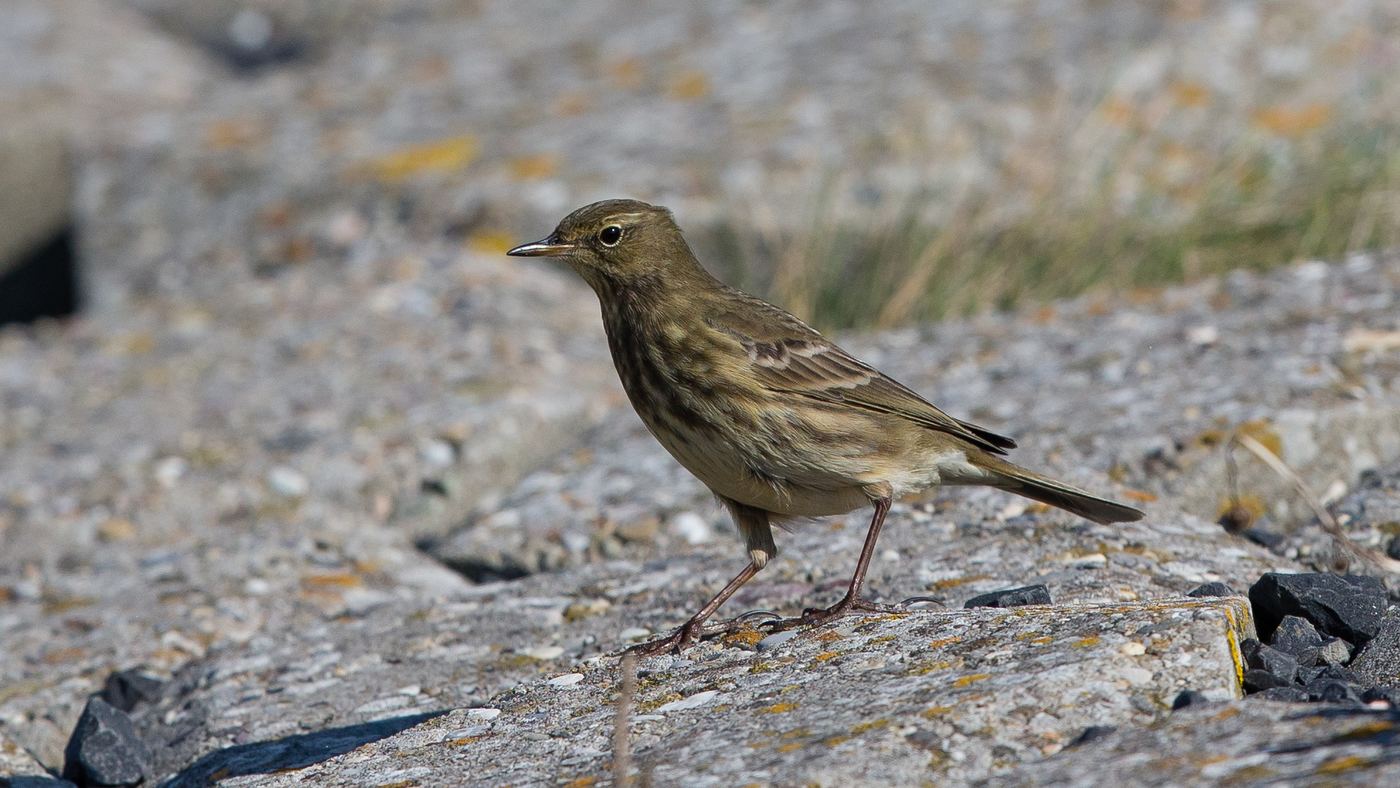 We were the first and after a climb we set up the telescopes and began the count. There was a strong east wind and it felt chilly. The first Meadow Pipits were already noted and the sound of a Grey Wagtail was heard. The ticking of flying Song Thrushes were heard and as it became light we could also observe them. There were good numbers of Song Thrushes that came out of the sea and 131 were noted during the first hour. Also in the following hours many Song Thrushes were seen. A report of a Richard's Pipit at the coastal strip was passed from a location close to the north of the migration site. There was sharp attention but we could not pick up the bird. 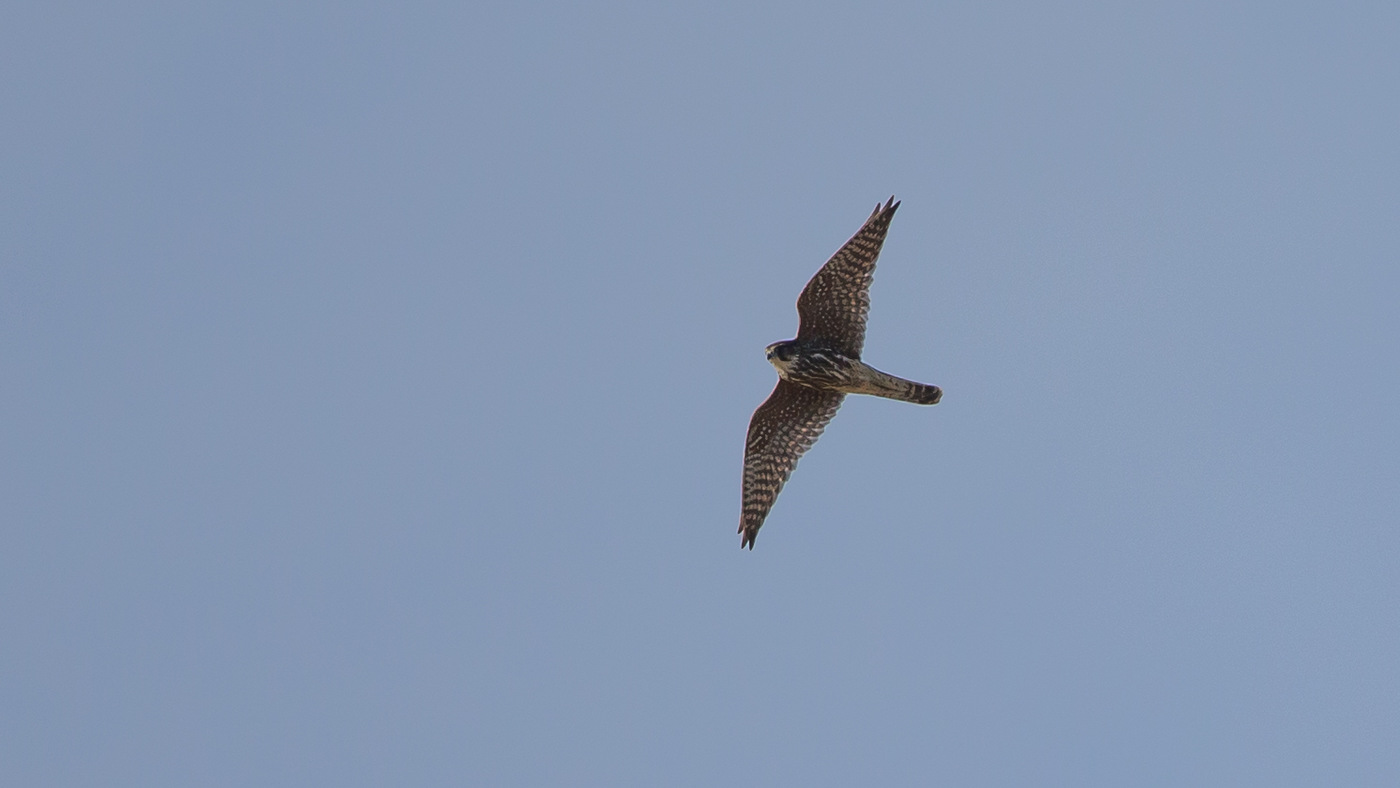 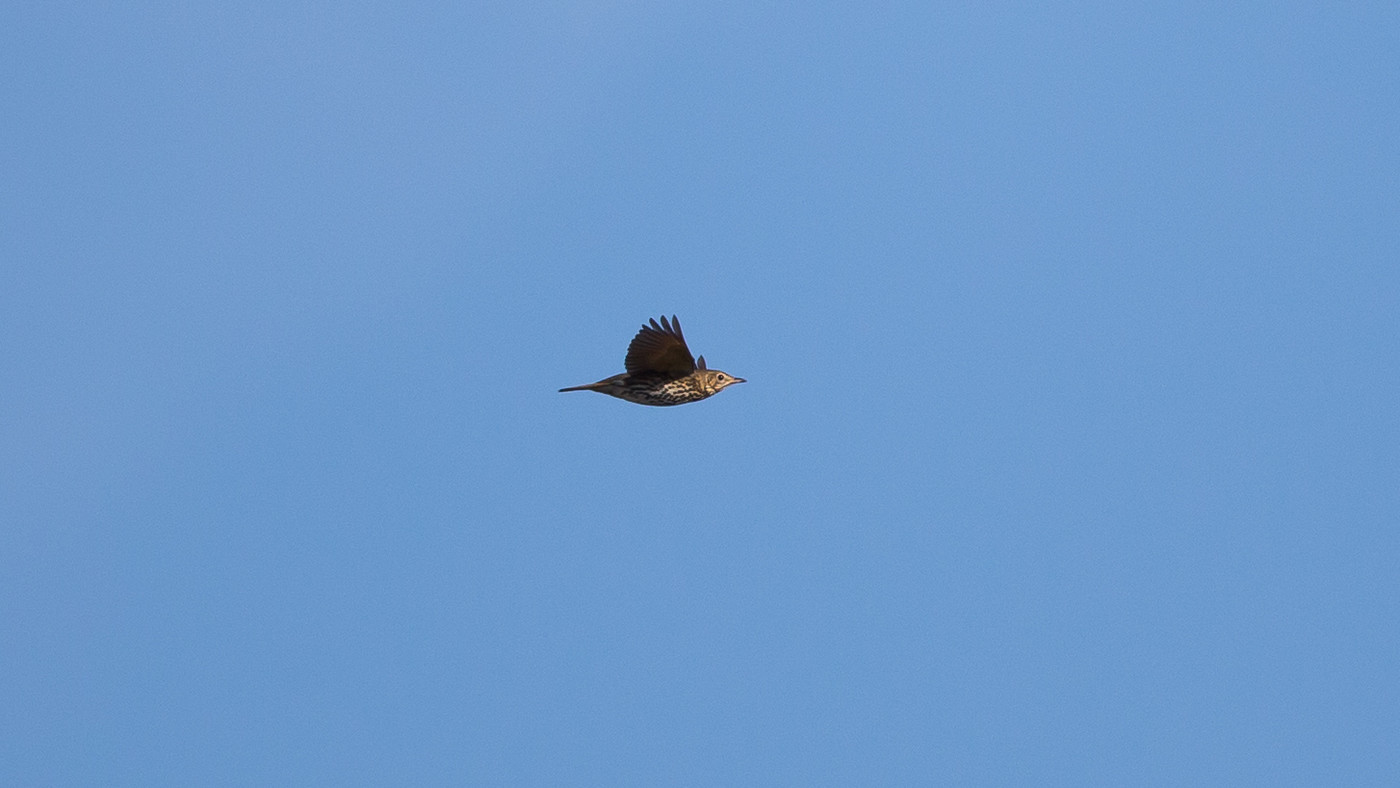 A Short-eared Owl which flew in from the sea was very welcome because I needed it for the month list. It was an entertaining count but unfortunately no Red-throated Pipit was seen. At 1 pm we decided to stop and drove to Katwijk where a Hoopoe was found. After a short drive and search the Hoopoe was found. The bird gave a wonderful show away and there were nice pictures made. After the Hoopoe it was decided to try a Snow Bunting that was seen in Katwijk near the Kanaaldijk. Then we would visit the dunes of Katwijk. A day ticket of 6 euros was bought to park the car and we went looking for the Snow Bunting. The search was shattered by the ringing of a certain Blyth's Reed Warbler which was found by Ruud van Beusekom on Texel. 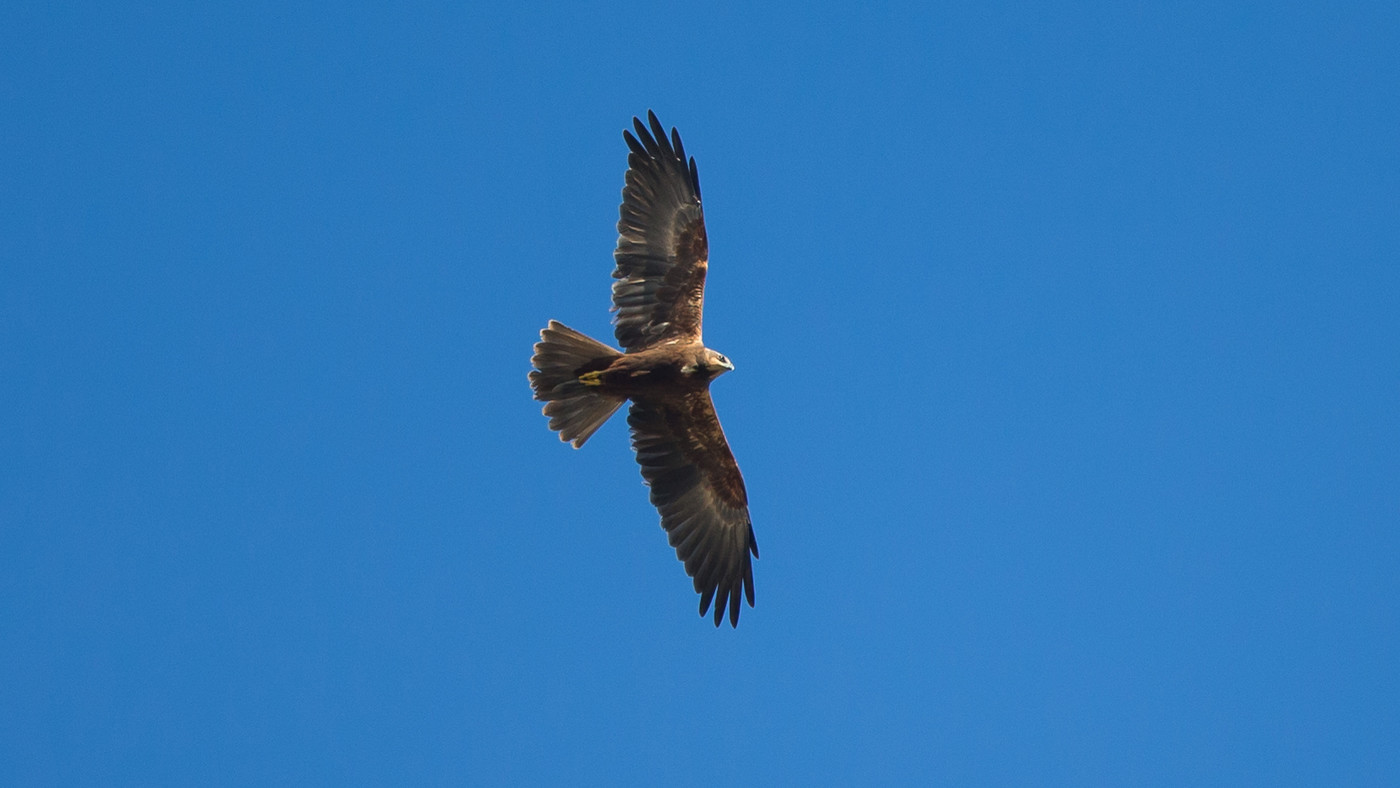 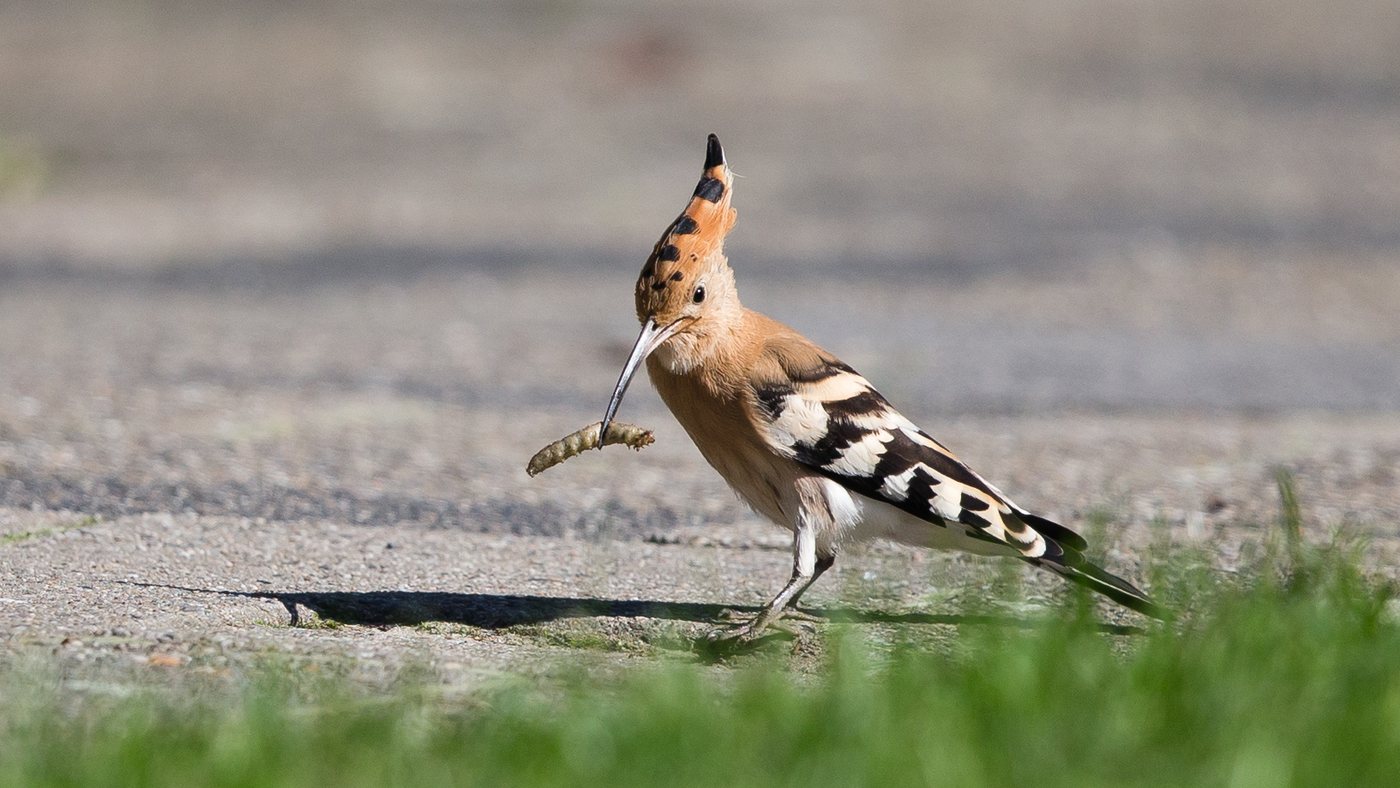 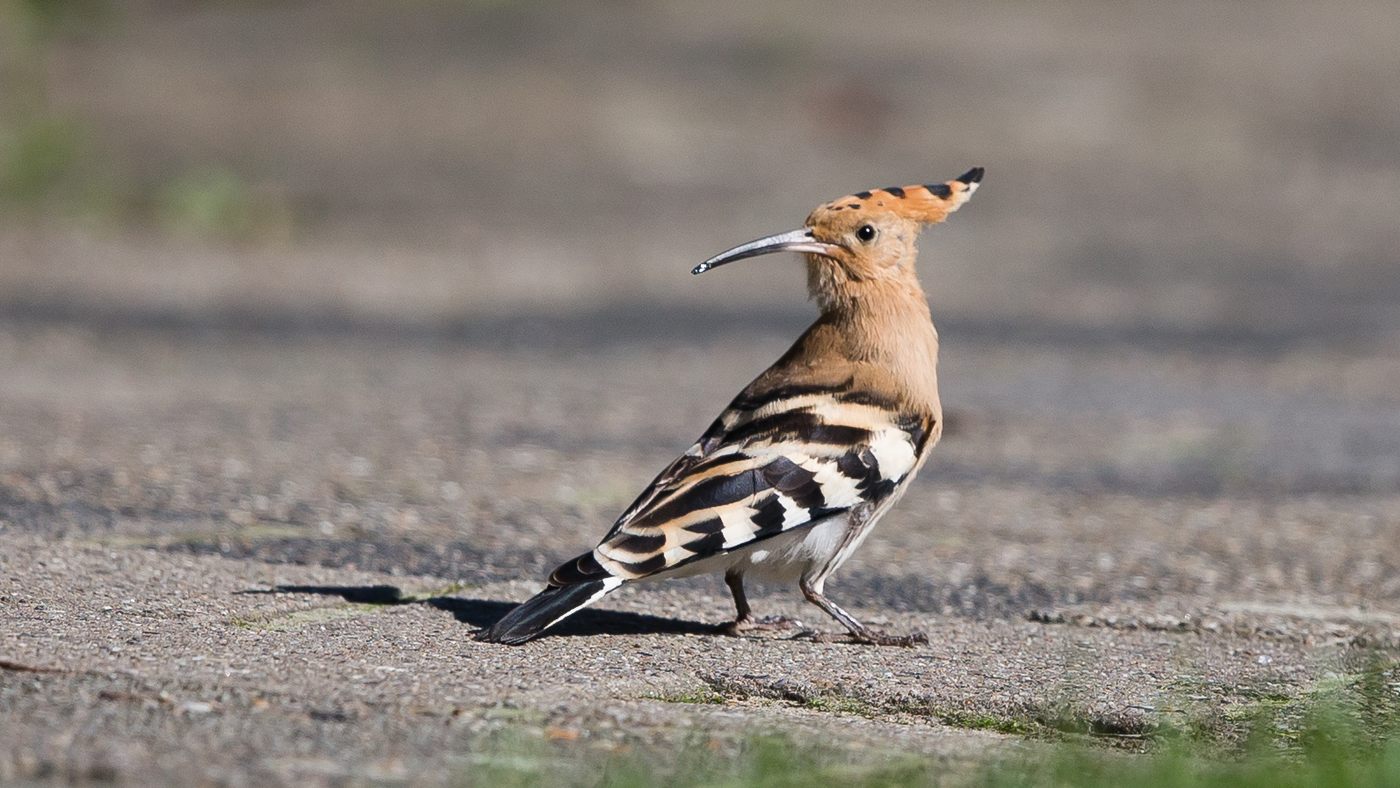 There was no doubt and immediately we headed to Den Helder. The boat of 4 o'clock was the target. Right on time we arrived at the boat and here we met Rob Gordijn, the only other birder who had made it to the boat of 4 o'clock. After the crossing we were soon at the location where the Blyth's Reed Warbler was seen. It took a long time but suddenly there was movement in the reeds and we heard a call. Thijs managed to take a sound recording and not long after the bird flew across the path and disappeared into the rose hips. After a while we saw a bird that flew back over the path and this could well be the Blyth's Reed Warbler. Not much later the bird was heard back in the reeds and a short observation was possible. I unfortunately did not manage to take a photo. We stayed a long time but had to stop because the light began to decline significantly. The calls that Thijs recorded corresponded to the recordings of the bird that were made ​​earlier that day. Together with the visual observation it is sufficient to claim the bird. If the bird is accepted it's the sixth new species this year for me. 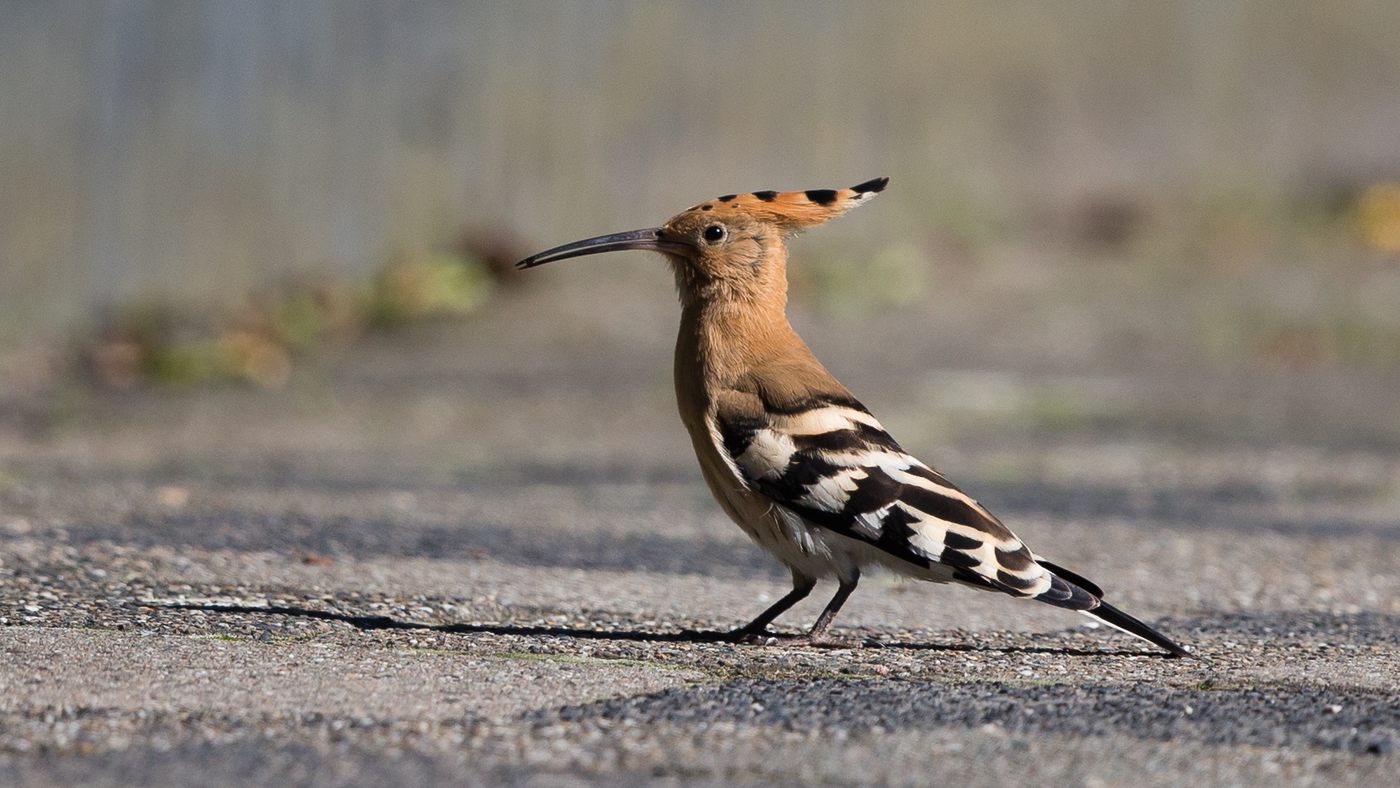 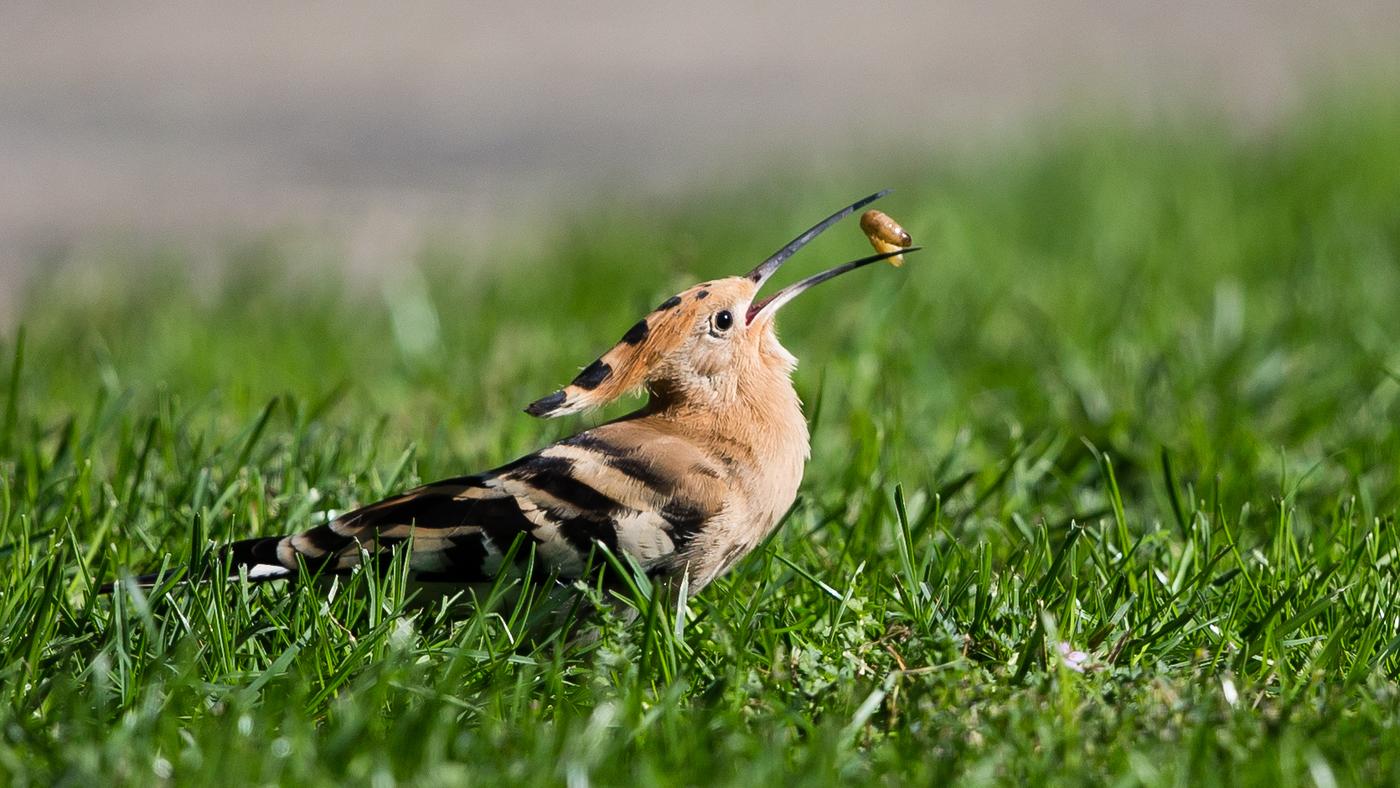 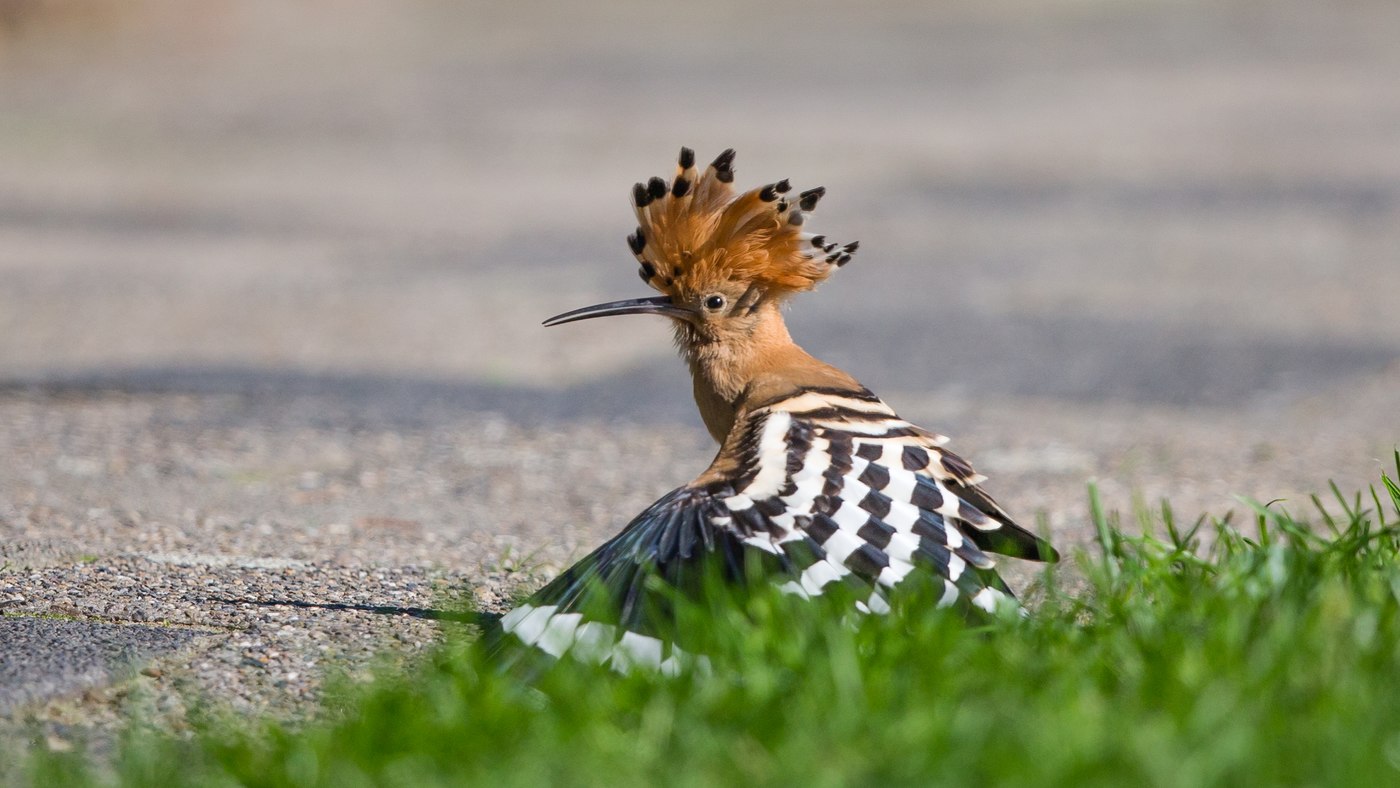 Sunday we went with five on the road. It was chosen to start in the dunes of Petten so we were close to Texel if something was reported. Again there was a strong east wind and we took place behind a dune where we were out of the wind. The first Song Thrushes and Meadow Pipits were seen and also a Lapland Longspur flew over. Thijs and Alwin counted the birds in the coastal strip and Pieter, Maartje and I had the scopes aimed at sea. It was a nice count with a Dotterel that came flying from the sea. Around 12 o'clock we stopped the count and went looking for a Pectoral Sandpiper that was found yesterday in the polder at Petten. At the reported spot we found two Red-necked Phalaropes but no Pectoral Sandpiper. We looked the other bulb fields and found the Pectoral Sandpiper at close range. The bird was approached pretty close and I could make some beautiful pictures. 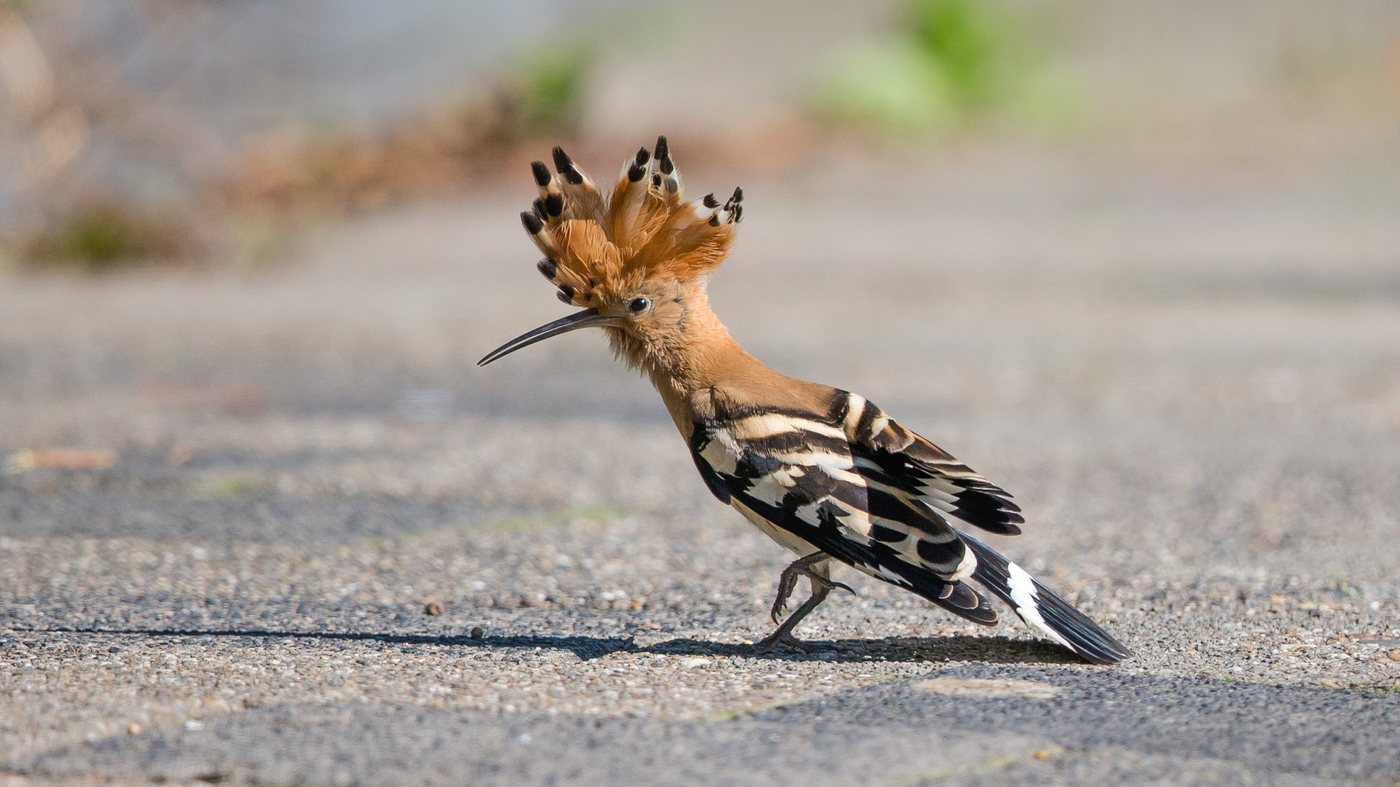 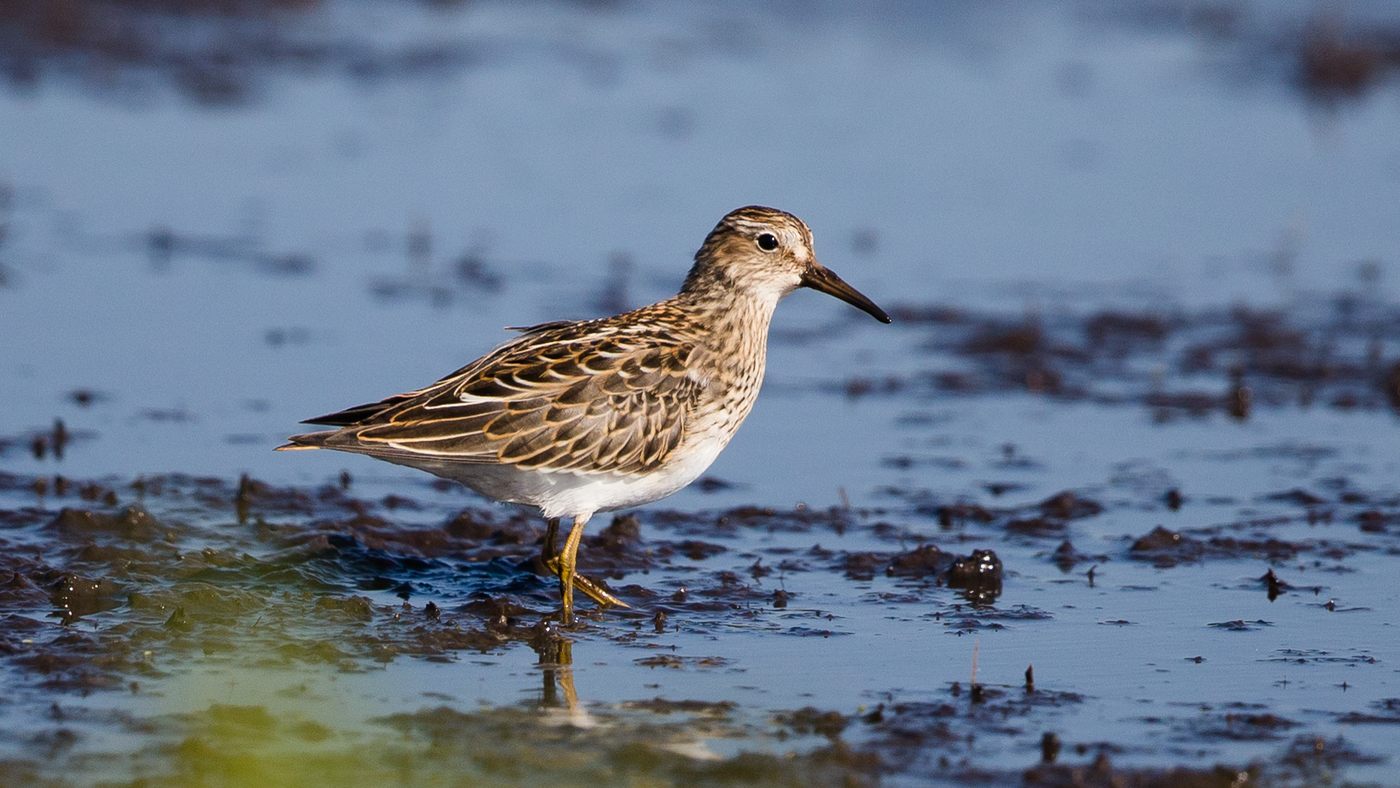 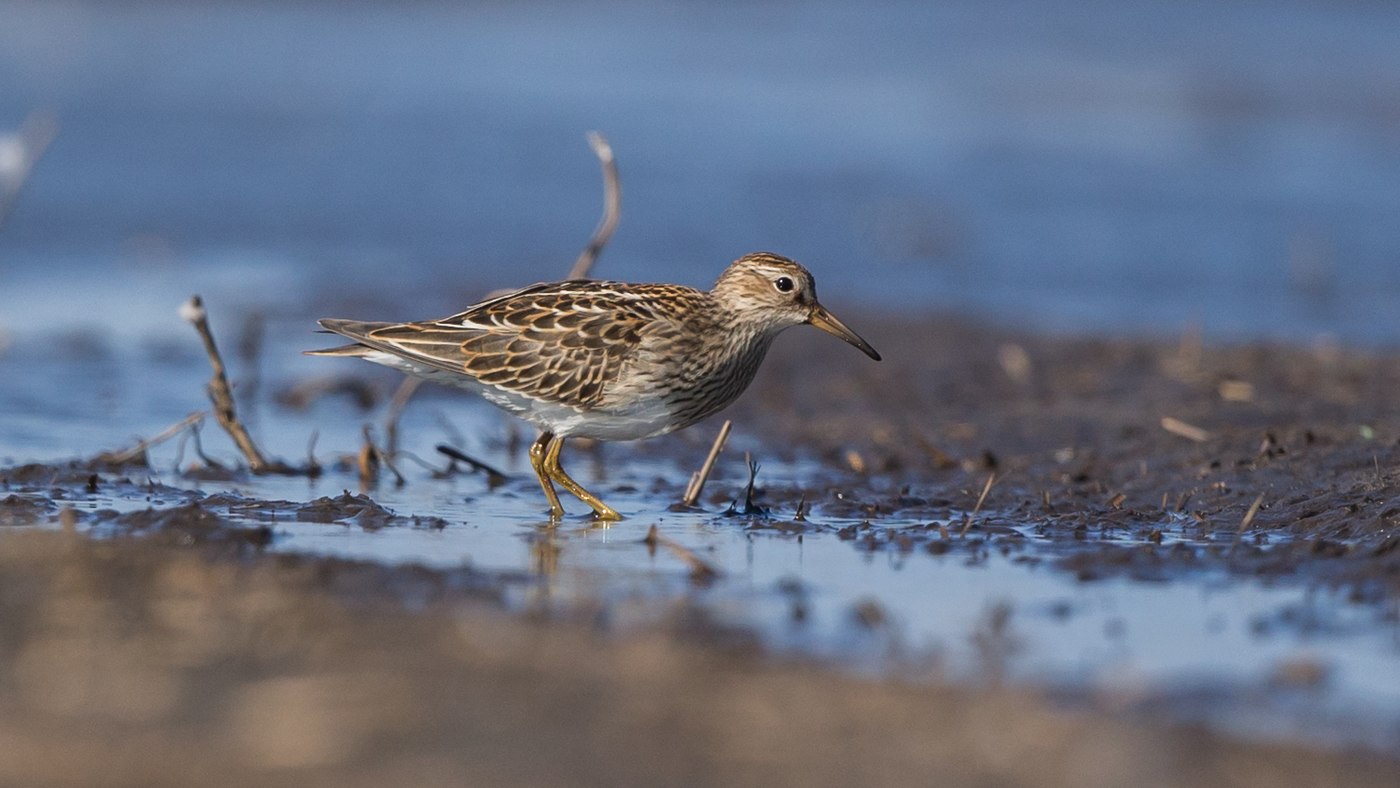 With few other options it was decided to take place on the dike at Camperduin. We hoped for a passing or Richard's or Red-throated Pipit. Alwin, Thijs and Pieter pointed the telescopes towards the sea. Maartje and I walked the dike in the hope of a Snow Bunting. After a steep hike we emit a loud shouting Red-throated Pipit. The bird flew away north but seemed to land again. We quickly alerted the others and together we went in search of the Red-throated Pipit. The bird was not seen again. We looked up to 4 o'clock and then gave up. Tired of the last two days we decided to drive home. It had become a fun weekend with 121 species.