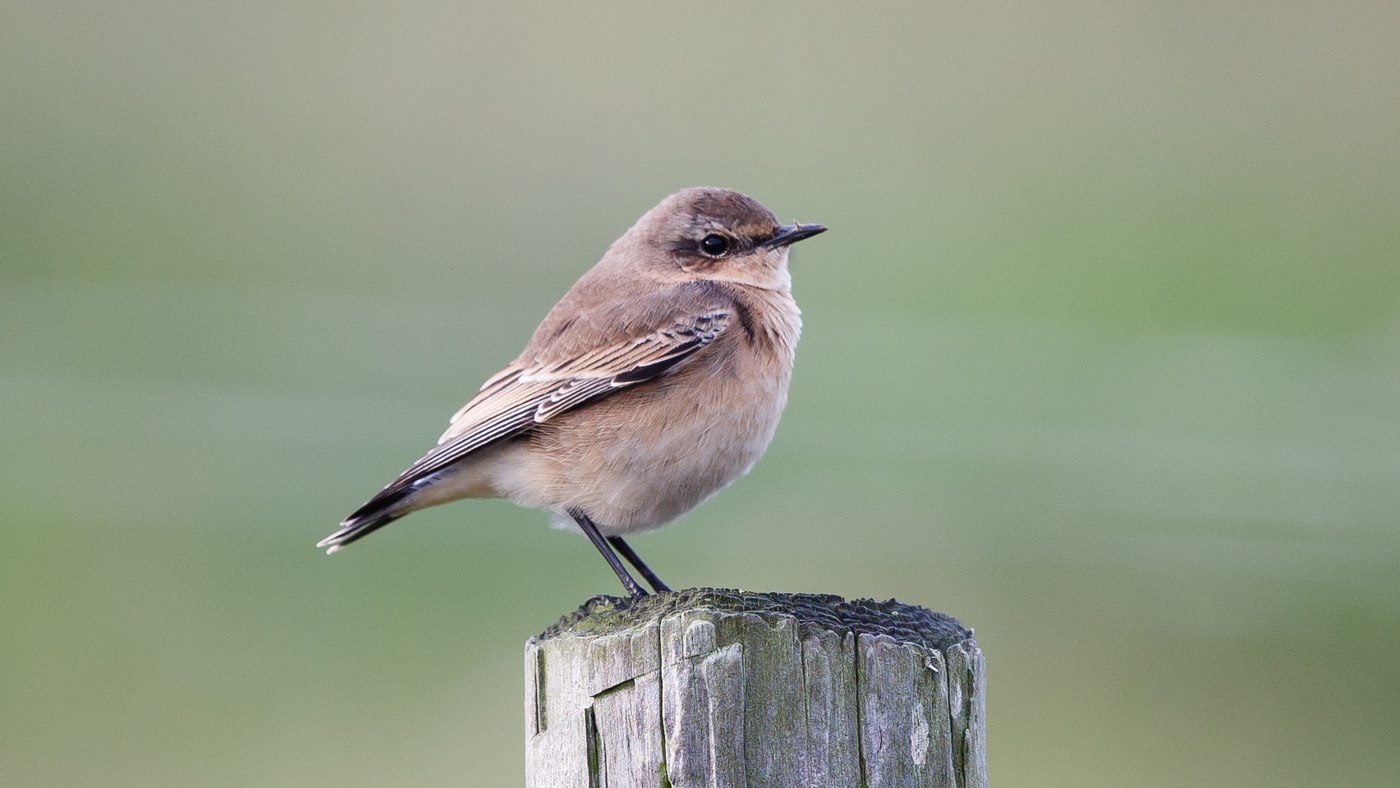 It is September and the first DT (Deception Tour) weekend presents itself. This year I will be there all three weekends together with Alwin. A few weeks ago I booked a hotel for the weekend from Thursday till Sunday. The late boat at 19:00 on Thursday was taken and Alwin took the boat on Friday morning. 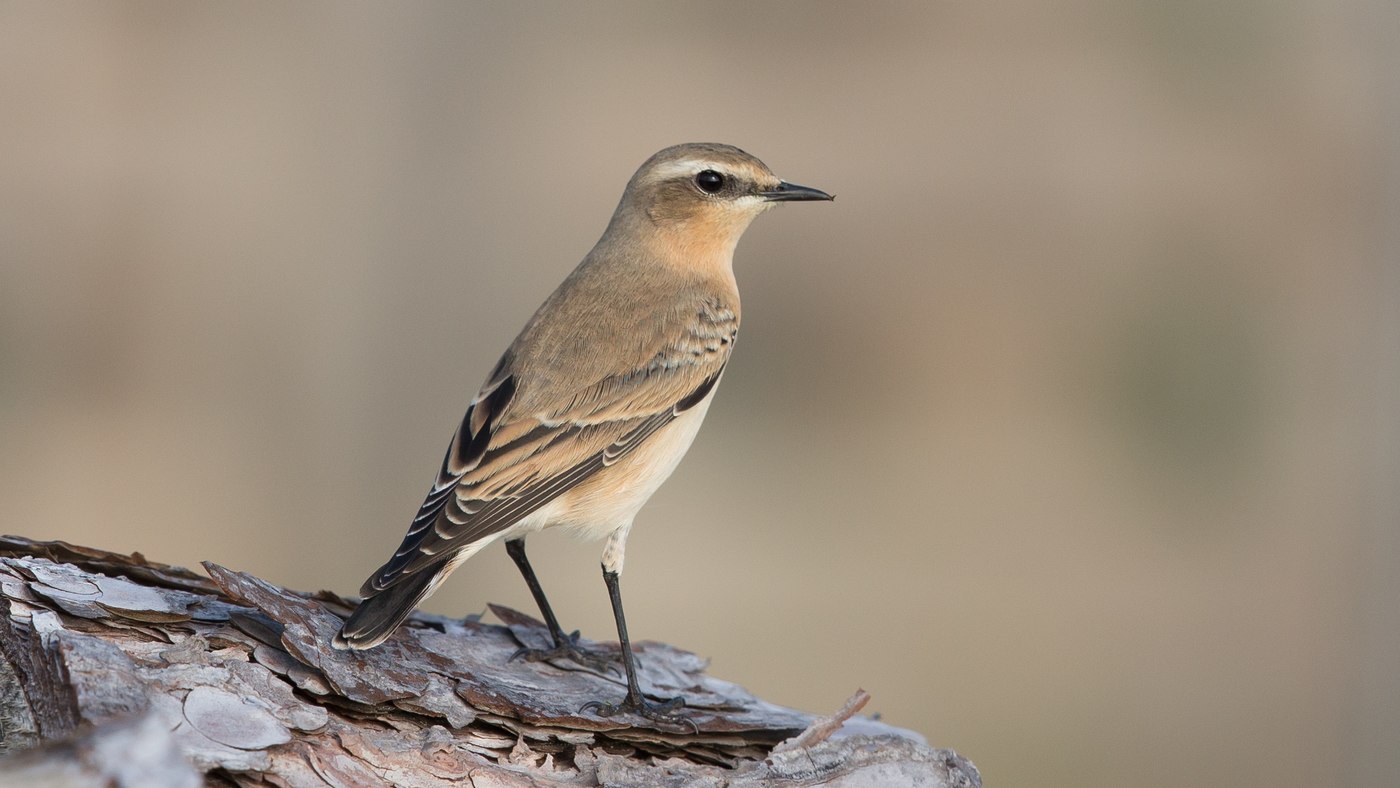 During the crossing it rained continuously and when leaving the boat it poured. The hotel, Zeezicht, lay a few hundred meters away but I got very wet. After checking in and put my stuff in the room I drank a beer at Tante P. I did not make it too late and was around midnight in bed. The next morning at 6:45 am I was ready to start on the East Point. It started getting light and there was the occasional drop of rain from the sky. On the East Point was not much to do but some Chiffchaffs and Dunnocks. I decided to cycle along the wadkant to the Old Cage 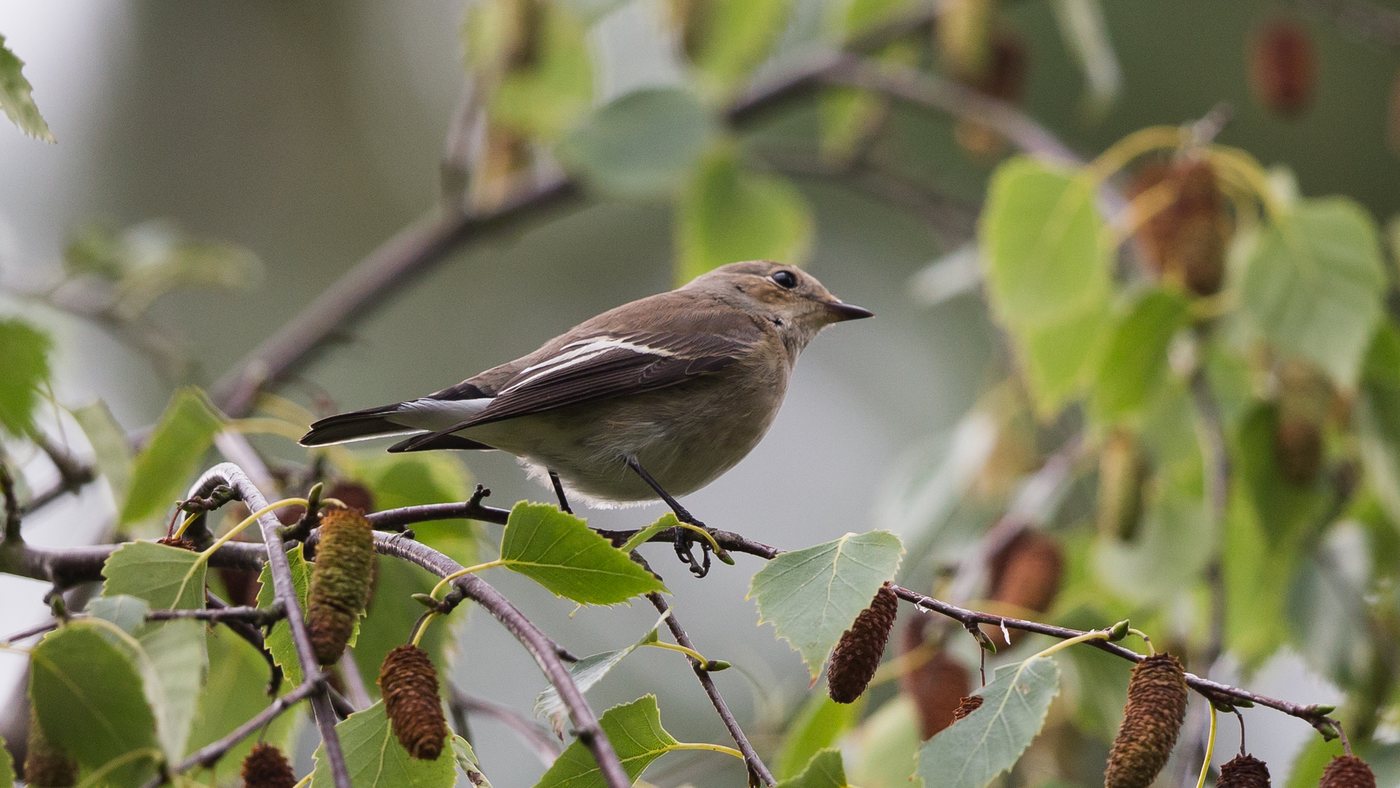 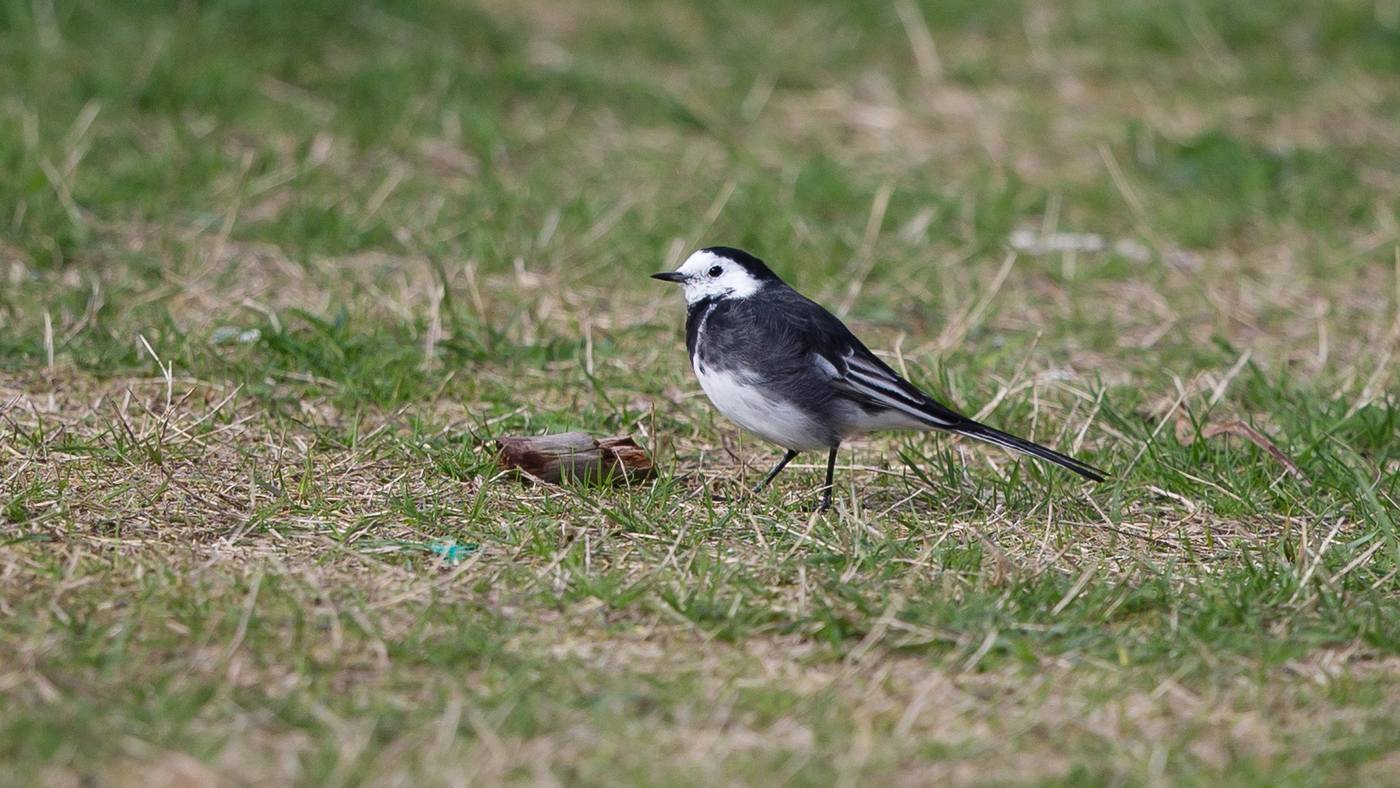 Northern Wheatears were plenty full on the Westerveld also White Wagtails and some Whinchats. In the Old Cage I only found some Chiffchaffs and Goldcrests. Through some small side paths I cycled to the New Cage and here a group of Crossbills flew over. Again only Chiffchaffs and some Goldcrests but otherwise very quiet. I got an app of Alwin stating that he was on the boat. I replied that there were not many birds so far. I cycled back towards the village and a report of a Pied Wagtail on the Waddenveldjes I could not ignore because the Pied Wagtail still counts for my monthly list. The bird was found quickly and it was a copy that was still in summer plumage. There were some pictures taken and I cycled further along the wadkant. 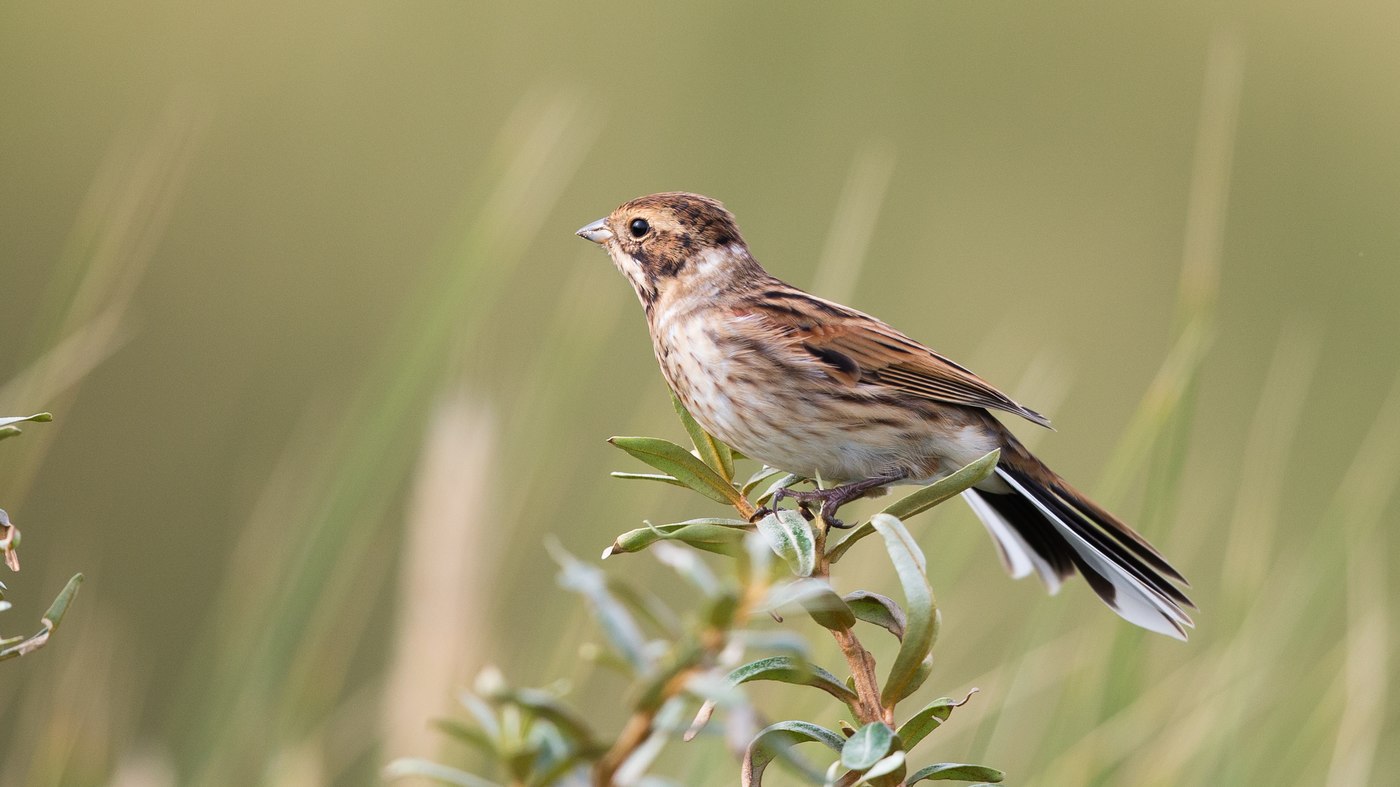 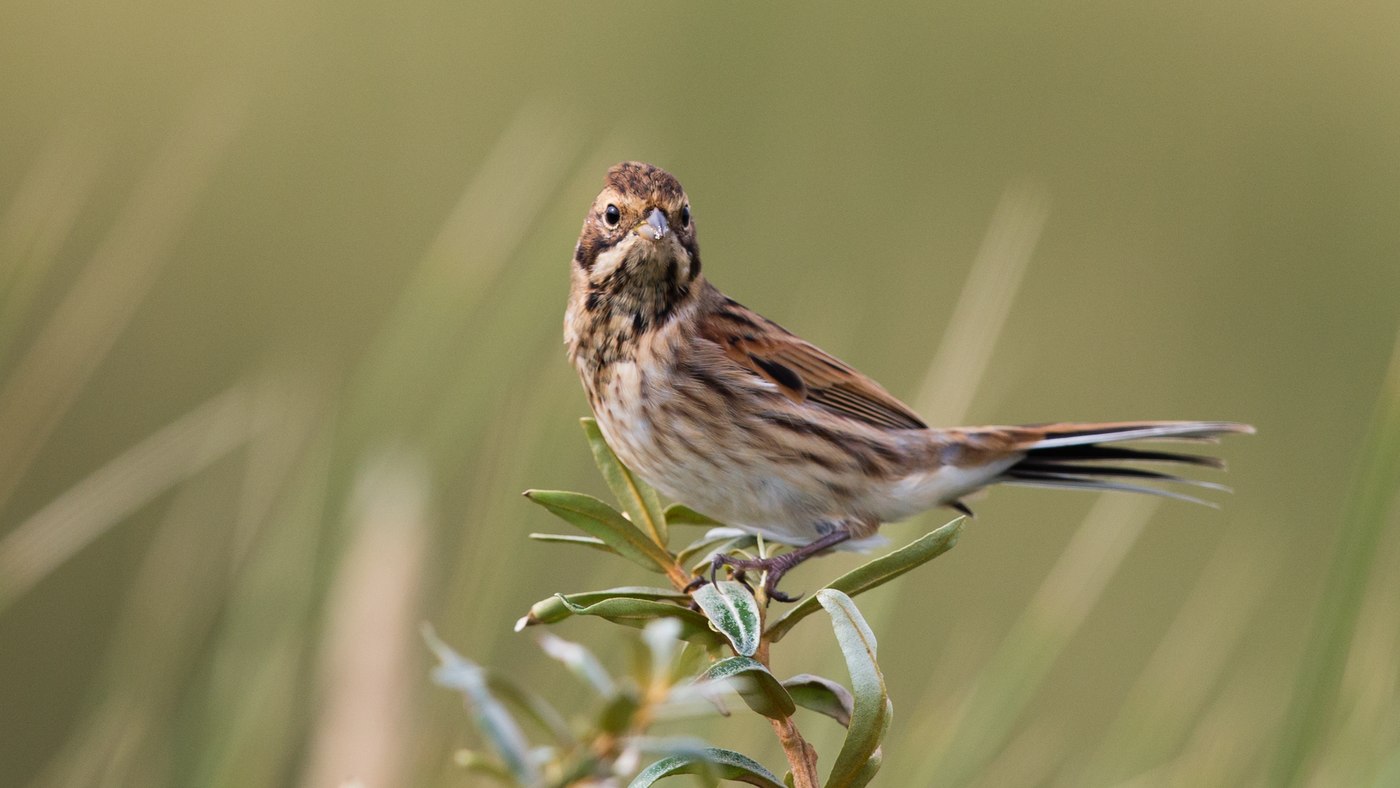 Alwin had just arrived on the island and we met at Westerveld. The Pied Wagtail was also missing on his monthly list so that was the first destination. Meanwhile, the first Yellow-browed Warbler was reported through the app group that was set up especially for DT1. The Wagtail was still there and we decided to visit the New Cage again. We immediately found Spotted and Pied Flycatchers and there were good numbers Chiffchaffs, Goldcrests and many Siskins. We made a long walk but found nothing special. The next stop was Bomenland where we took a long walk. We did not found much here and through the app group came the report of a Red-breasted Flycatcher at the Lange Paal. 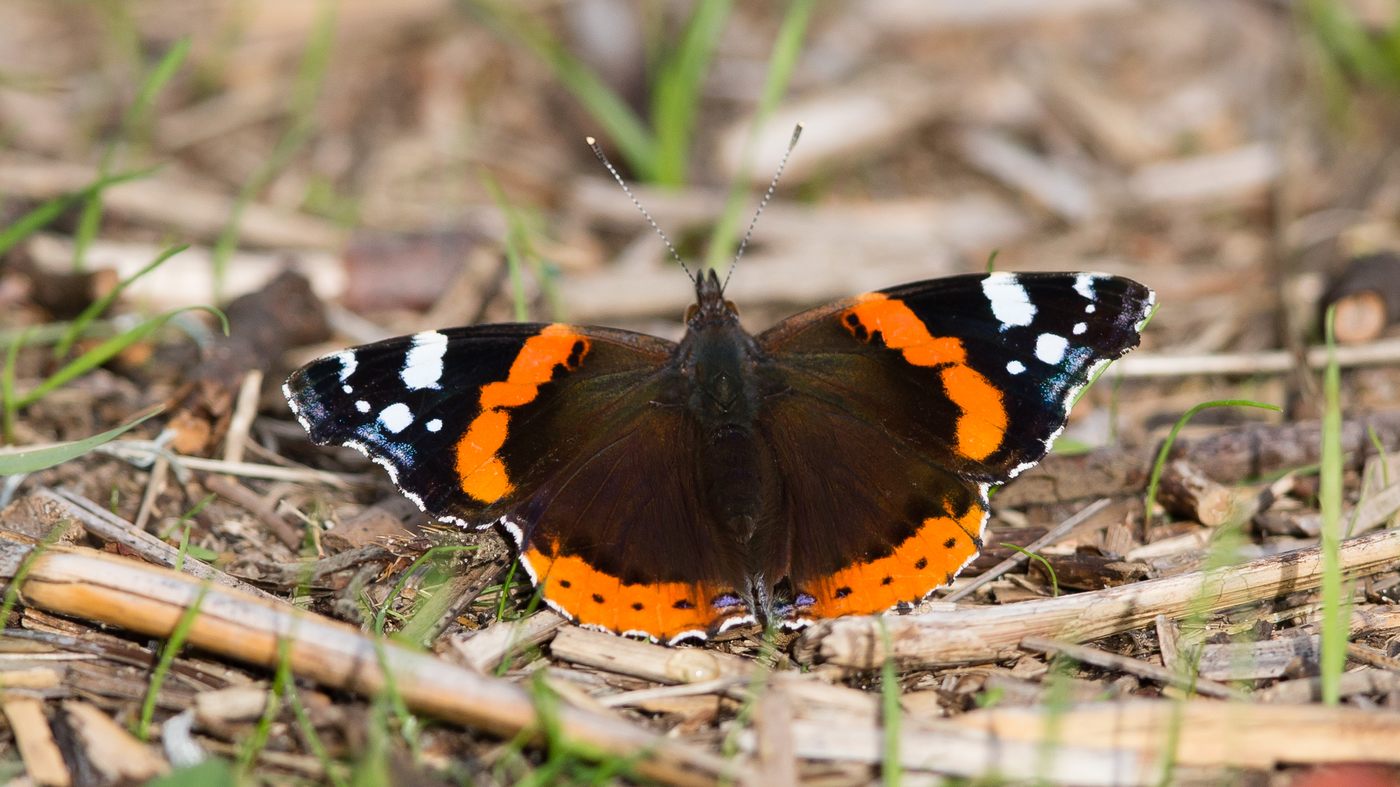 At the RWS house we found Jeroen Breidenbach and made a brief chat. We wanted to do the coastal strip and said goodbye. We were only 10 minutes away when we got an app that Jeroen had found a Red-breasted Flycatcher. We walked straight back and were soon at the site of the message. The bird was not in the sight, but we did hear a calling Yellow-browed Warbler. While waiting we saw a Lesser Whitethroat a Pied Flycatcher and a second Yellow-browed Warbler. The light was already fading and we found that it was enough for today. Back at the hotel after a shower the rumbling stomachs were filled with a Batavians dish that tasted very good. The rest of the evening was spent at Tante P. 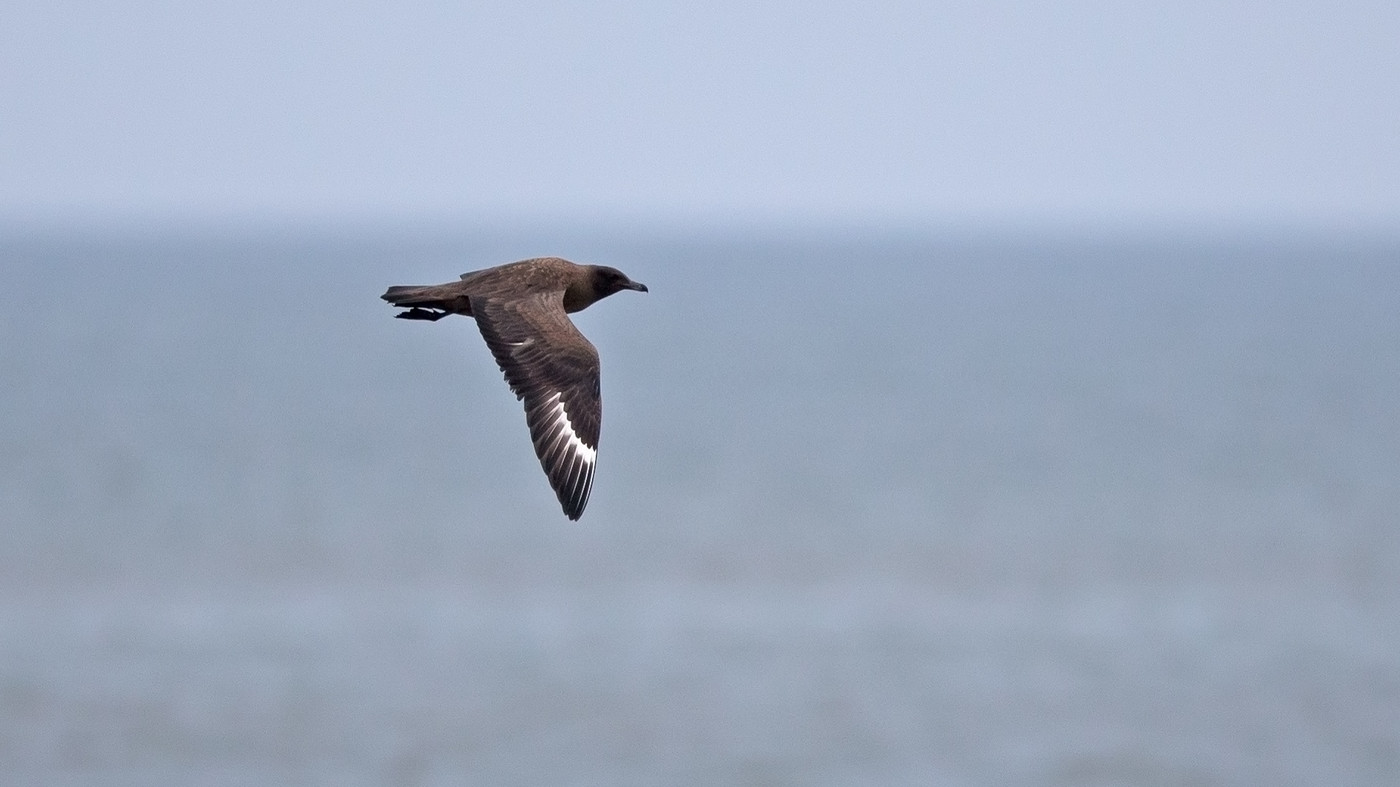 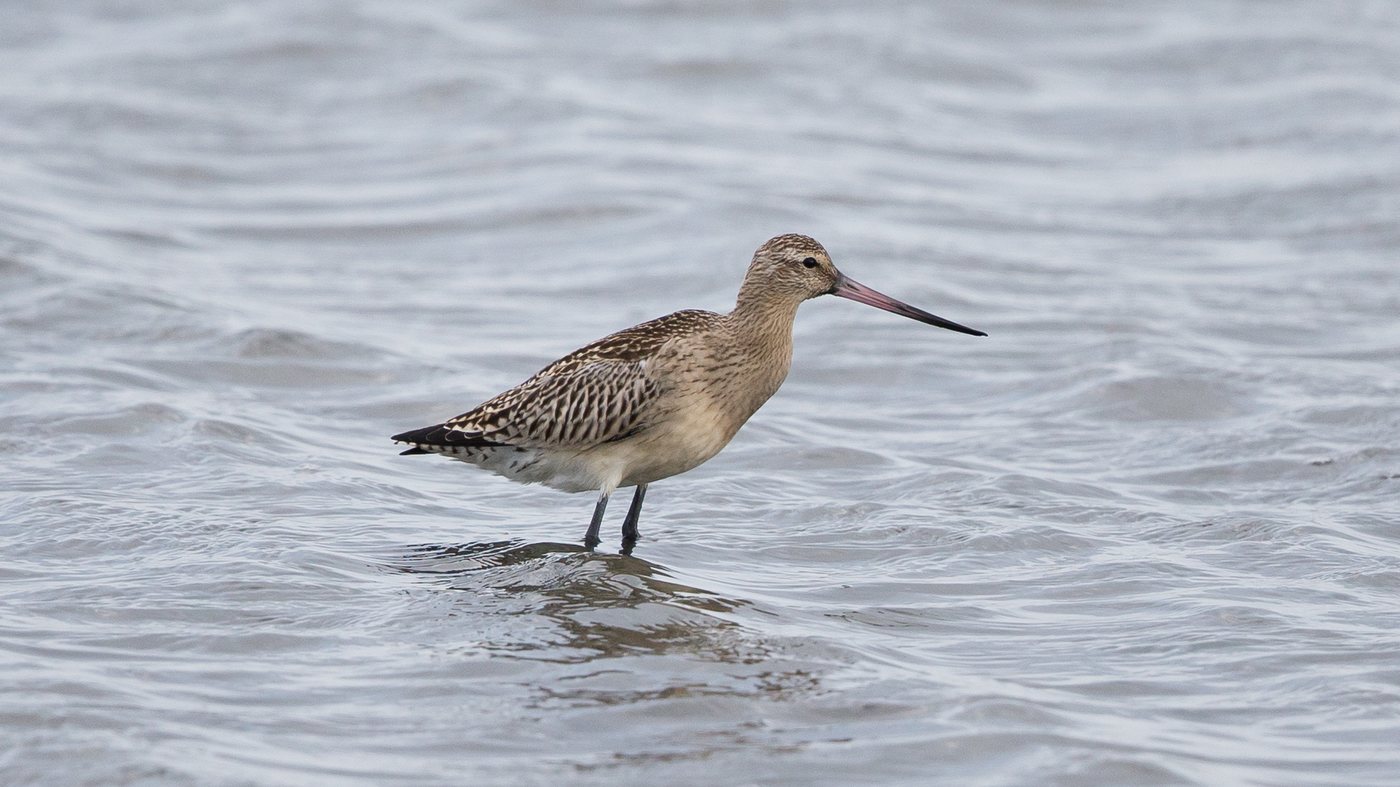 The next morning we were back on the bike at 6.45 am. We started again at the pond of the Two-barred Crossbill and made a big walk. There were still reasonable numbers of birds, but we found no real flocks like yesterday. The notification of a Little Bunting on the East Point came in and we immediately decided to go here. However, the Little Bunting was untraceable and we cycled on to the New Cage. Here we found another Yellow-browed Warbler among the many Tits and Siskins. Also a group of Bramblings sat in the treetops, the first for me this fall. Threw the app group a Little Bunting was reported by Teun and Christian at the barracks, this became the new destination. 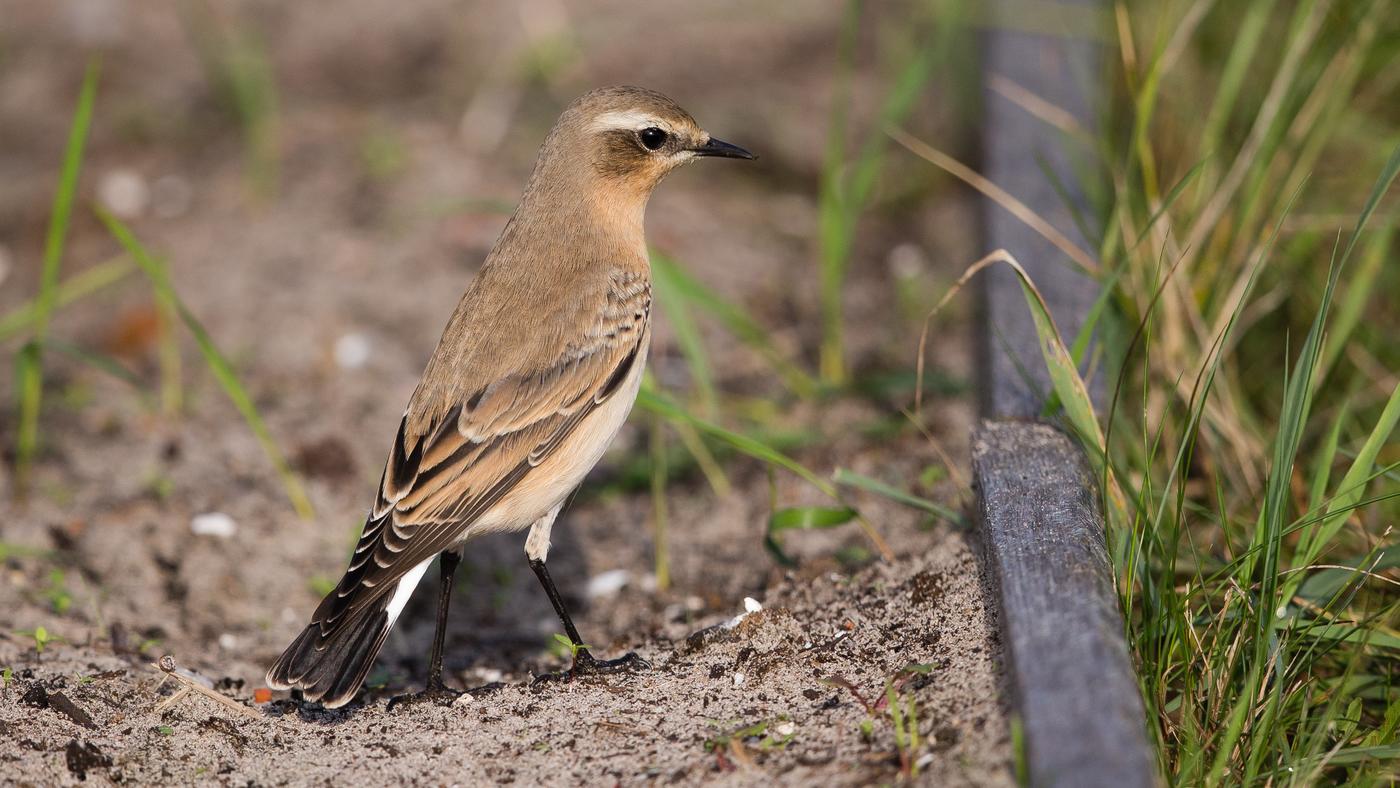 Upon arrival we saw Christian and Teun standing on a dune and it seemed that it would be a Mission Impossible. However, the Little Bunting flew straight up and uttered his distinctive call. The bird counts for the year list and gladly it was put on the internet. A flying Lapland Longspur could also be noted. We took a long walk in the dunes but beside a Firecrest we did not see much. We biked to the Posthuis because it was time for coffee. The coffee was good we decided to cycle to a reported Rosy Starling. Cycling through Bomenland we saw another large flock of birds. Many Long-tailed Tits, Chiffchaffs, Goldcrests and also a Wood Warbler was seen in this large group of birds, the Wood Warbler still counts for the month list.

The Rosy Starling sat at the Westerveld and was gone on arrival. From the North side the message came of another Rosy Starling. This was not far and soon we were on the spot and found the juvenile Rosy Starling in a large group of Starlings. The group was very nervous so there was hardly a photo opportunity. Through the East point we cycled back to the village because the light was fading fast. A report of a Great Skua in the harbour was welcome. Almost from the hotel we could see the Great Skua sitting on the mudflats. After some time the bird flew in our direction and some nice plates could be made. Pieter and Maartje had now also arrived on the island and with the four of we had dinner at Zeezicht and after that to Tante P to finish of the day. 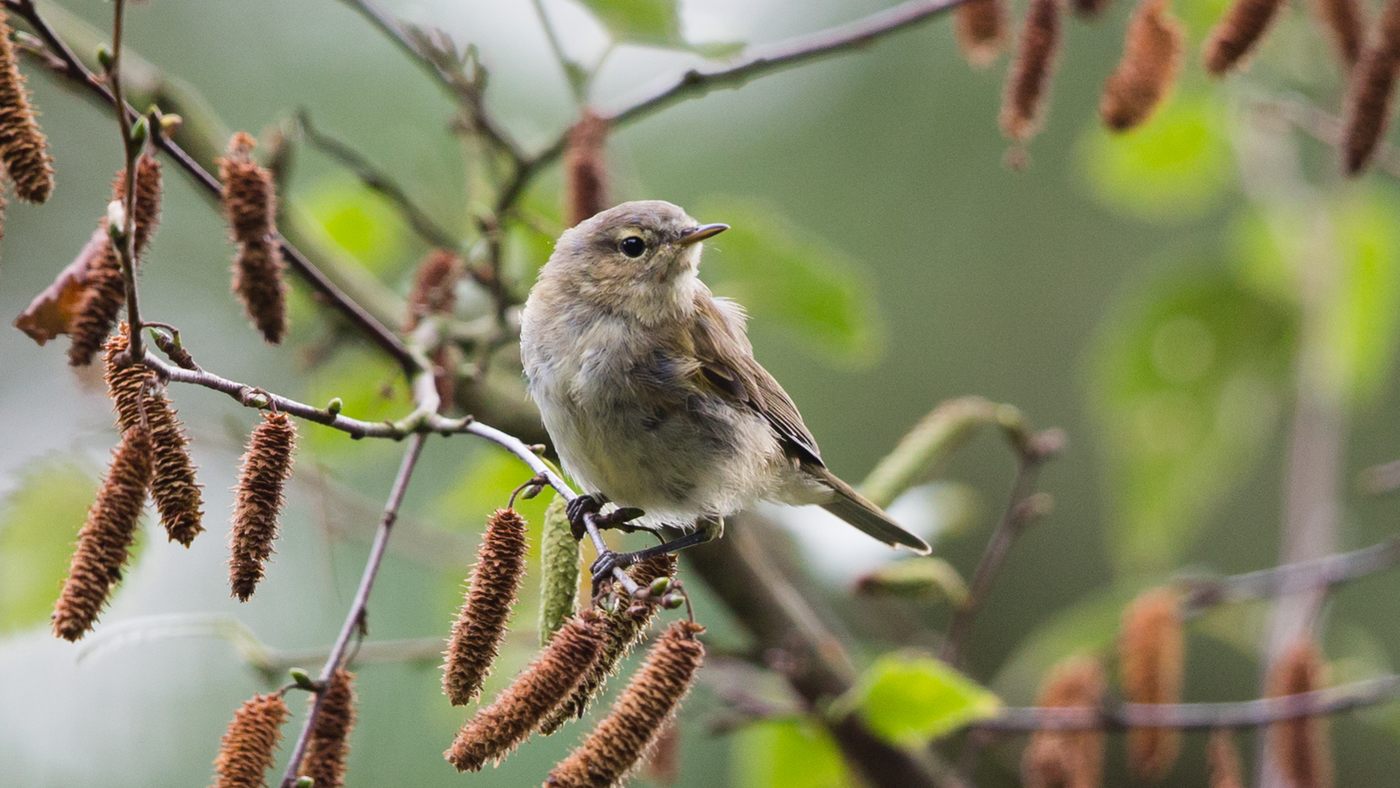 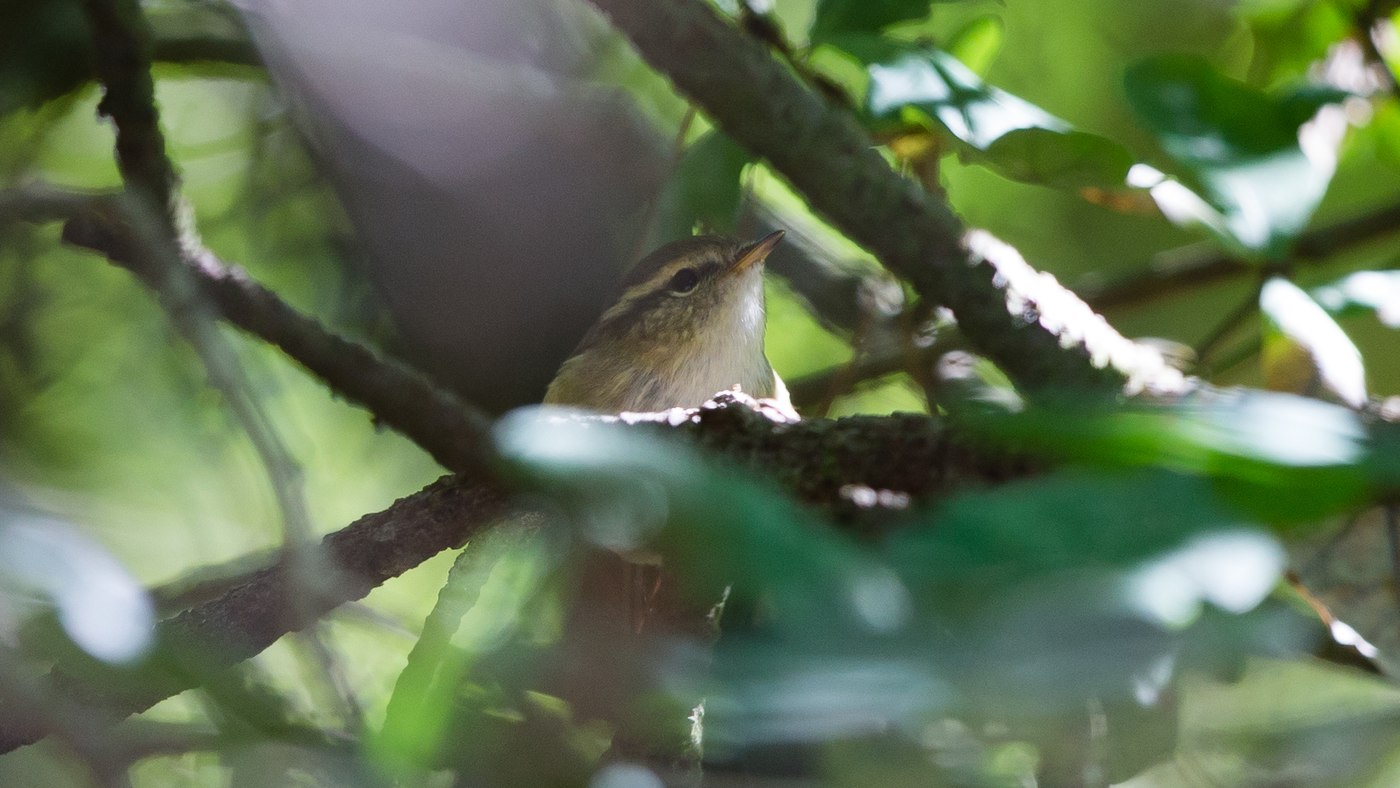 The next morning we started early again with good weather. Along with Pieter and Maartje we drove to the RWS house to see if the Yellow-browed Warbler was still present, Pieter still needed the bird for his year list. Almost immediately upon arrival the bird called and showed himself shortly. Then we said a quick goodbye because a Siberian Stonechat was reported on Texel that they wanted to do. Alwin and I cycled to the Vliehorst and made a big walk that lasted for almost 2 hours. This resulted in a number of new species for the weekend list. Threw the app line came a report of an Ortolan Bunting. Alwin punched the coordinates into his smart phone and we cycled in the direction indicated. 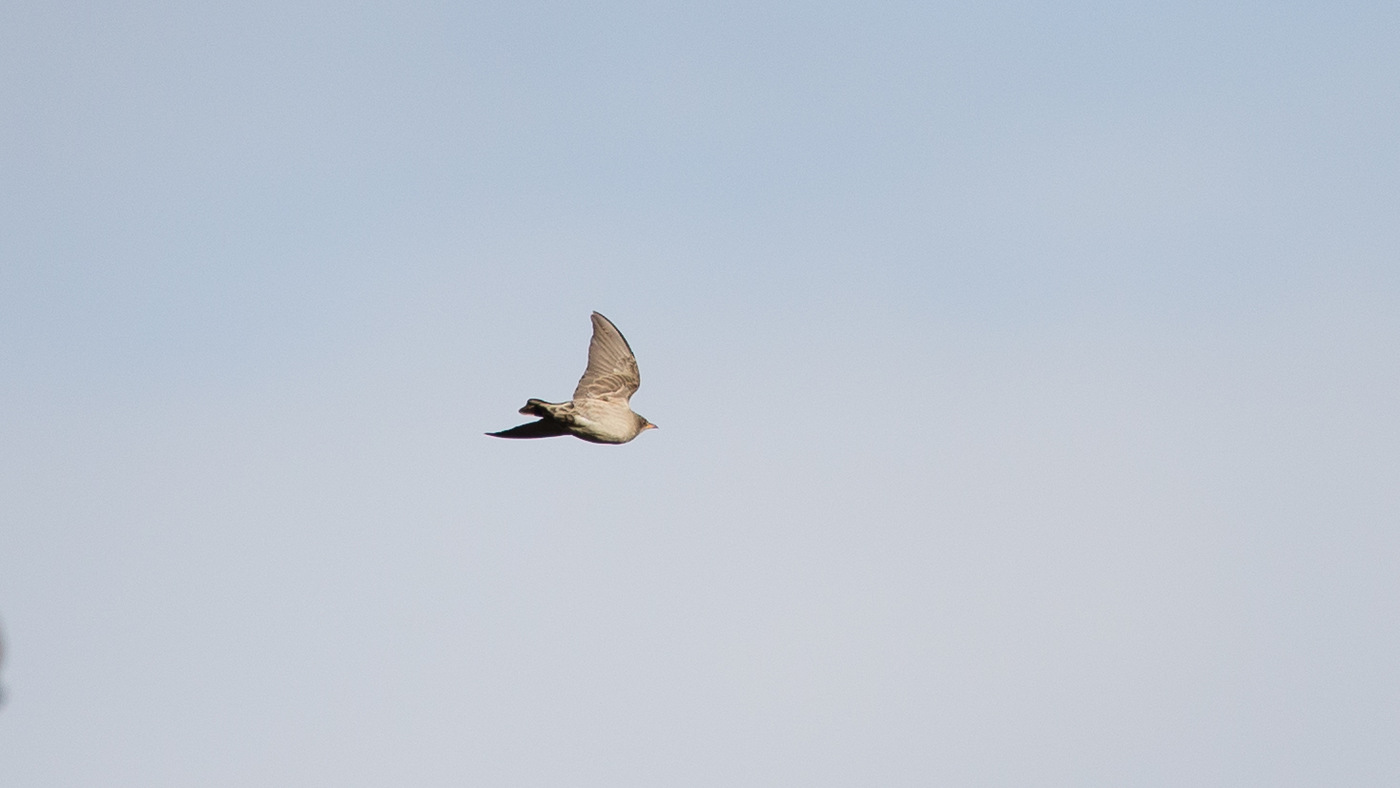 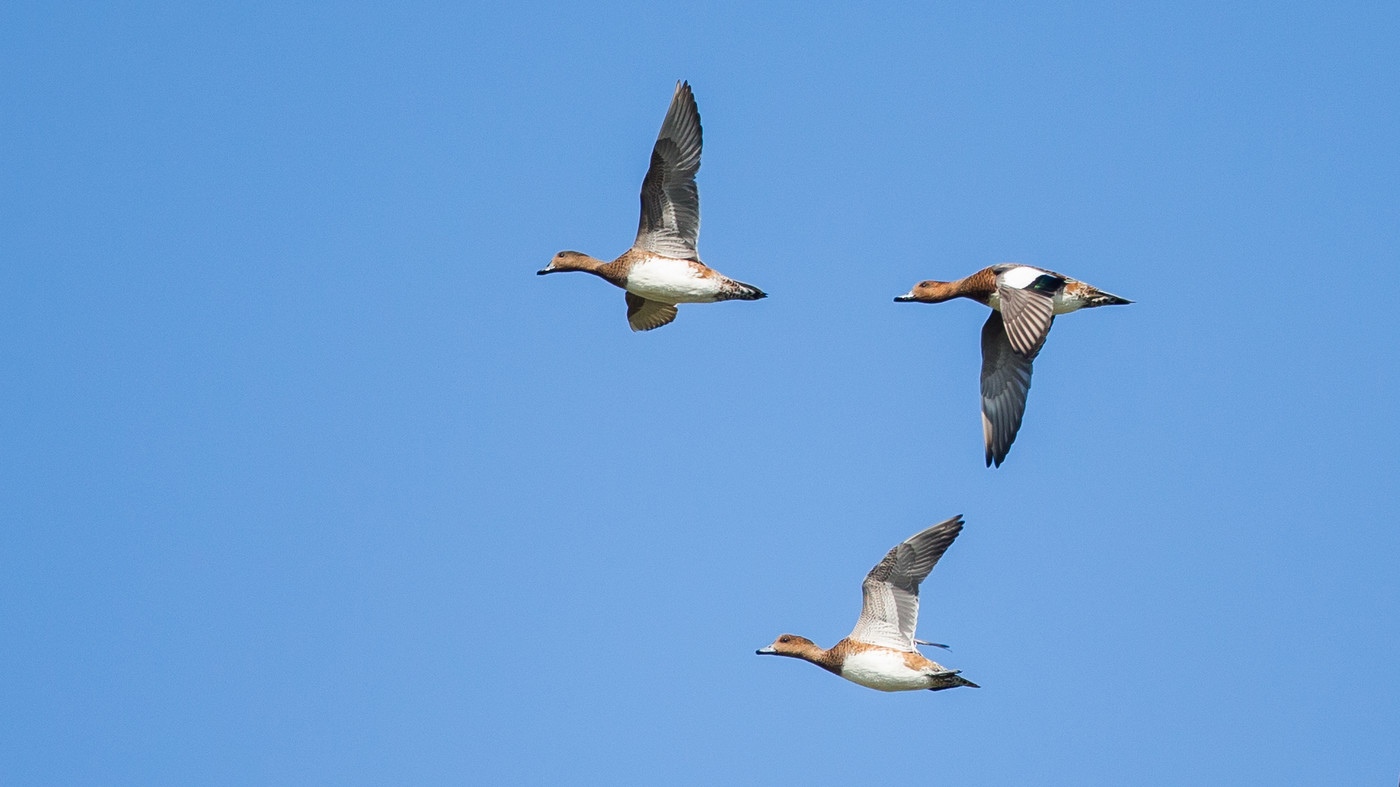 At the place of the Ortolan Bunting a good search was held what yielded a Lapland Longspur but no Ortolan Bunting. We decided to look for seabirds over the North Sea what yielded 2 Parasitic Jaegers. It was half past three and we cycled back to the village to pick up our stuff at the hotel. We had the boat at 5 o'clock so we did not have to rush. Right on time we boarded the ferry which takes 1.5 hours. On the way back to end the trip we had a meal at the McDonalds in Harlingen. The weekend list was drawn up and 102 species came out, not a bad score. Of these the Yellow-browed Warbler and the Little Bunting counted for my year list. In 2 weeks we are again present on Vlieland for DT2.