Crazy Saturday with a Pallid Swift and a Dartford Warbler 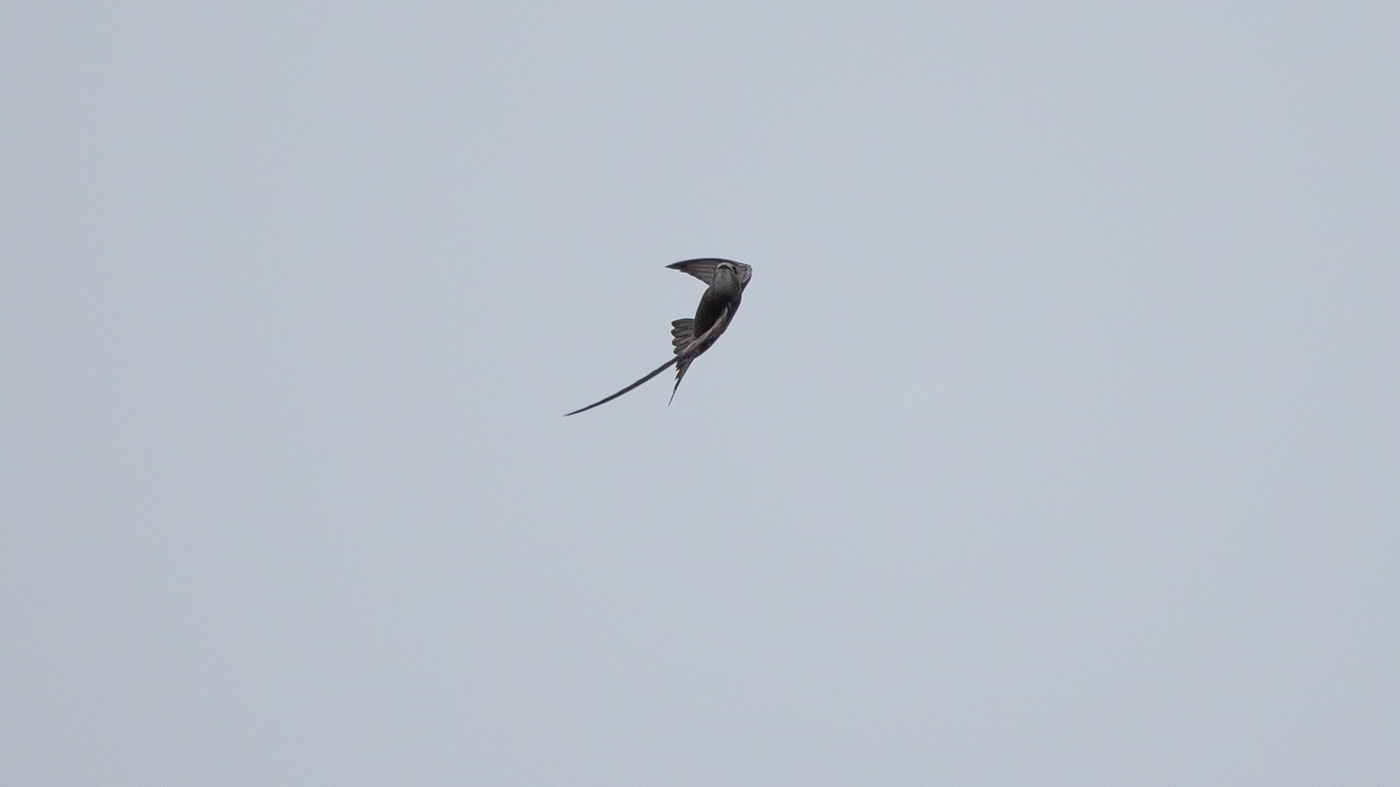 Early November and in the province of Zeeland were some very good species for the month list, such as: Long-legged Buzzard, Isabelline Wheatear, Northern Wheatear, Wiskered Tern, Red-necked Phalarope, Black-winged Stilt. There was also a Desert Wheatear present at Westkapelle that still counts for the year list. Sufficient reasons to spend a day with Pieter and Maartje in the province of Zeeland. 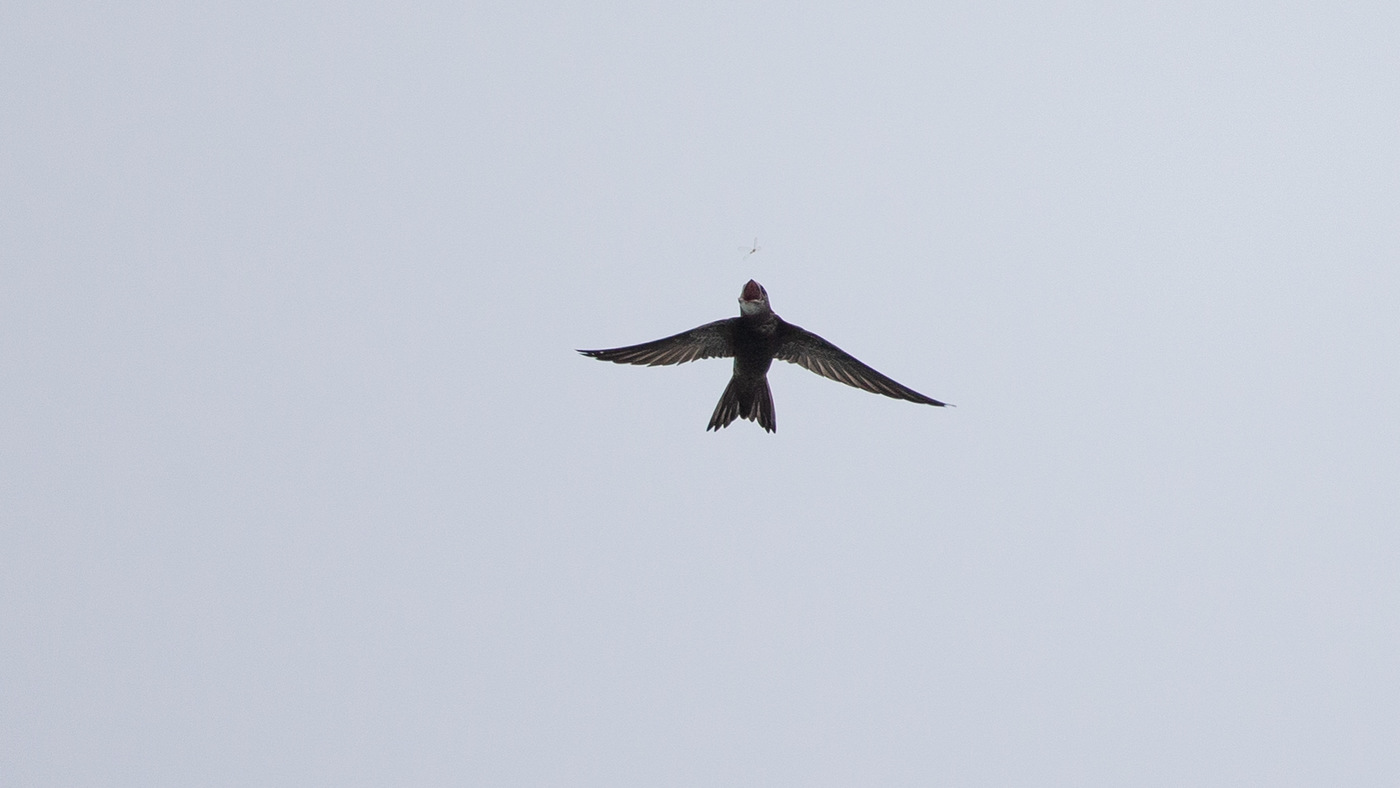 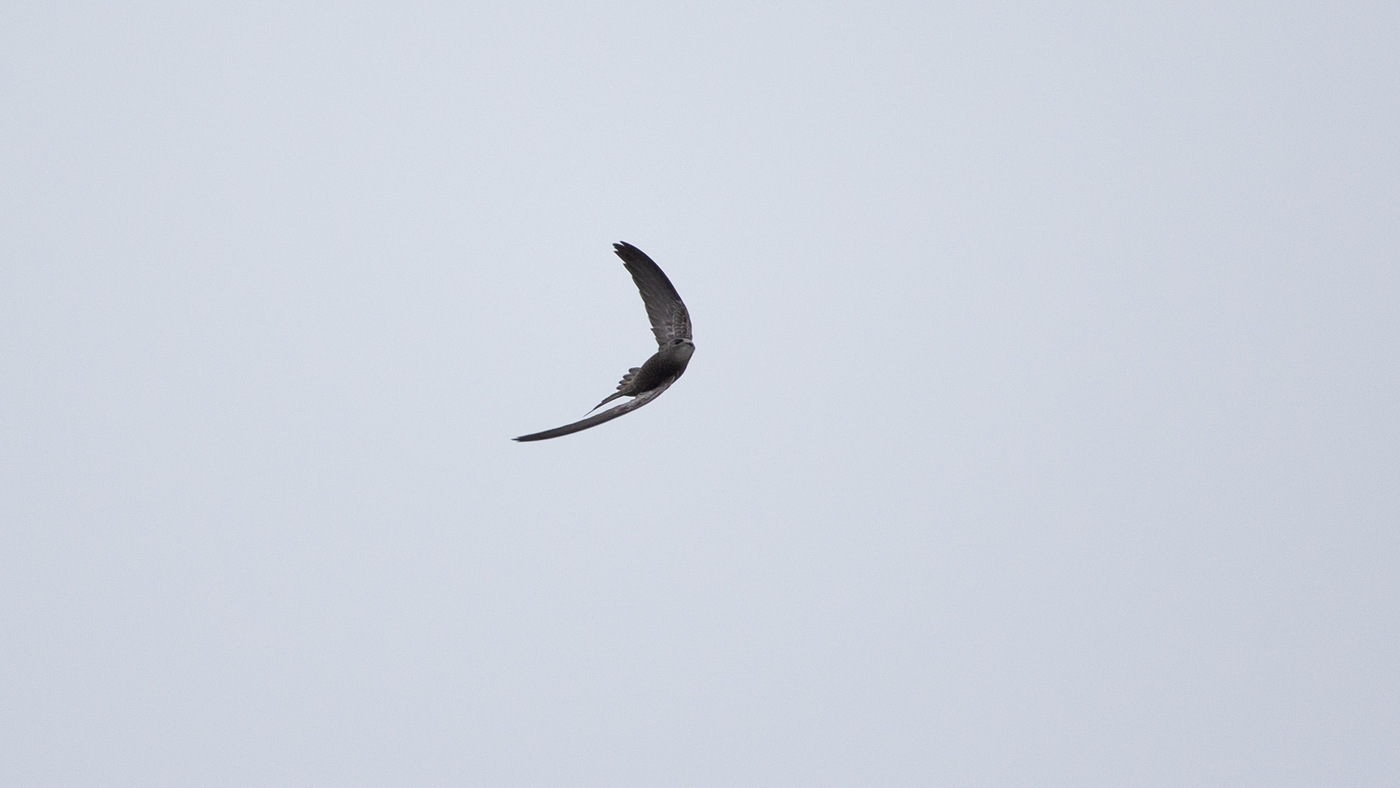 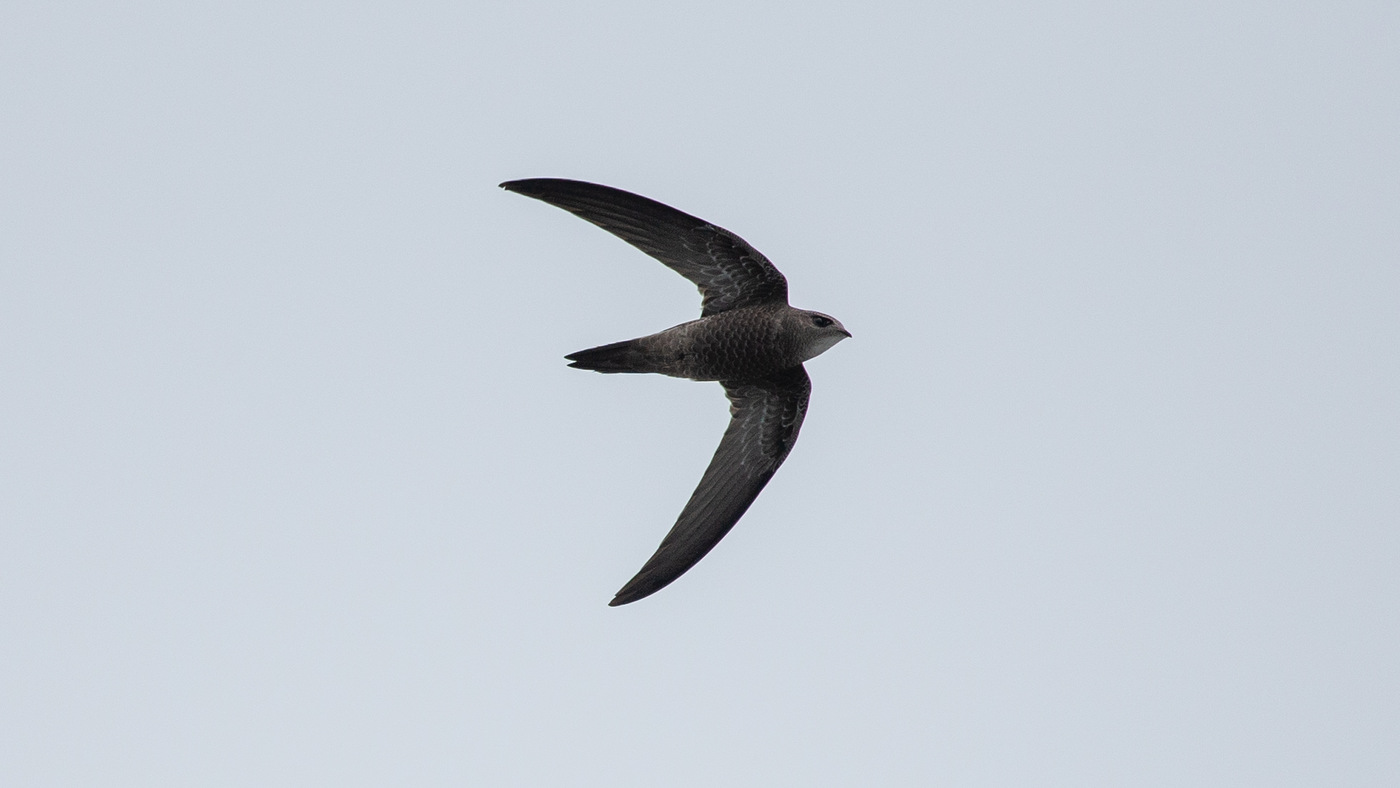 We agreed at half past six in Made and from where we drove to the Maasvlakte here we wanted to do the Long-legged Buzzard and the Isabelline Wheatear. The Long-legged Buzzard went quickly and it was sitting not too far on a pole. The Isabelline Wheatear costed more effort but during the search we found 3 Northern Wheatears and 2 Short-eared Owls. Eventually we could also add to the Isabelline to the list. Meanwhile we were informed by Herman vd Brand that there was a possible Dartford Warbler found at Westkapelle. A stroke of luck and a little later when we got the confirmation we immediately set sail for Westkapelle. After an hour drive we joined the group of birders who had seen the bird a few times recently. The bird had, however, not shown for some time but was certainly present. While waiting, there was a Pallid Swift reported who showed well at Neeltje Jans! It was fortunately not long before we also got to see the Dartford Warbler and there was even a hazy picture taken. The bird is still new for Pieter and Maartje and the year list of Pieter grew to 345 species! 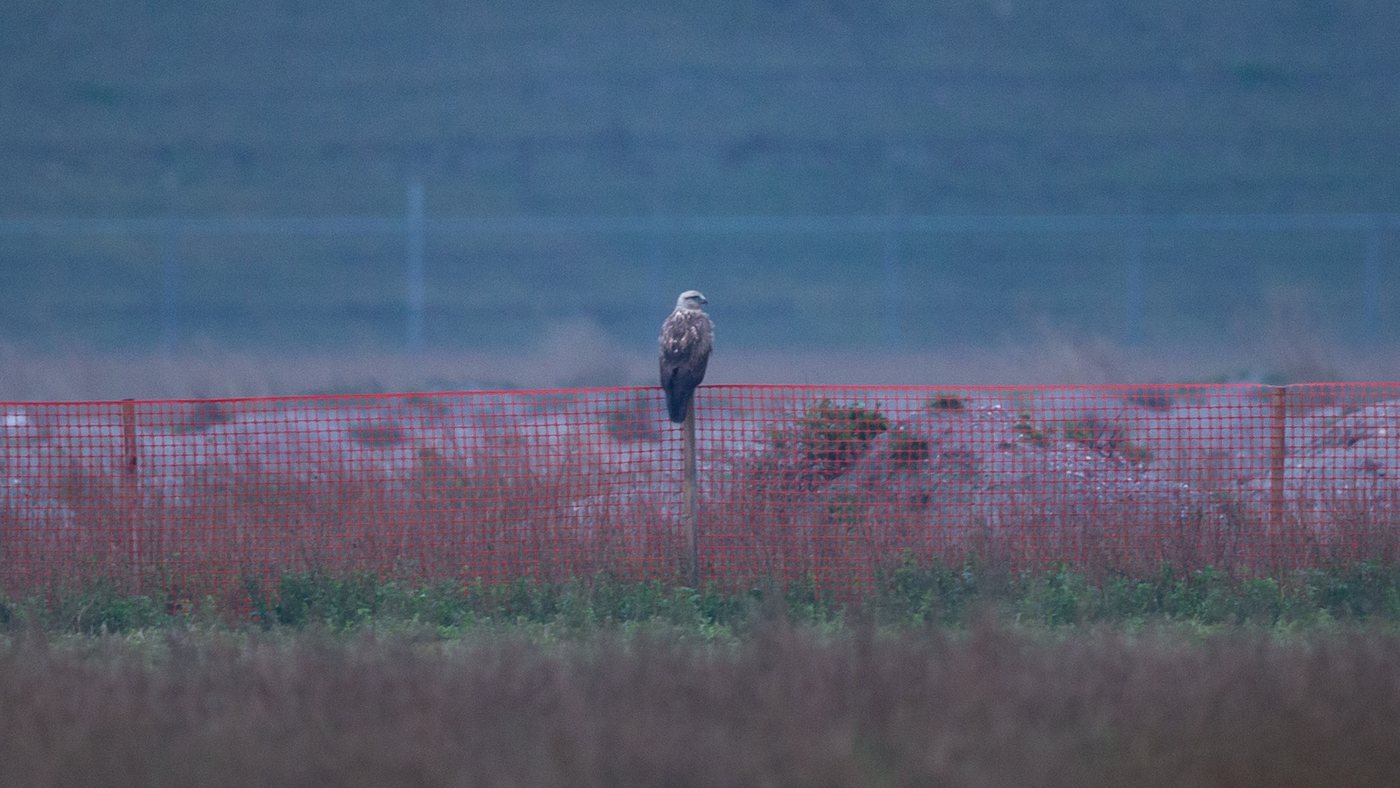 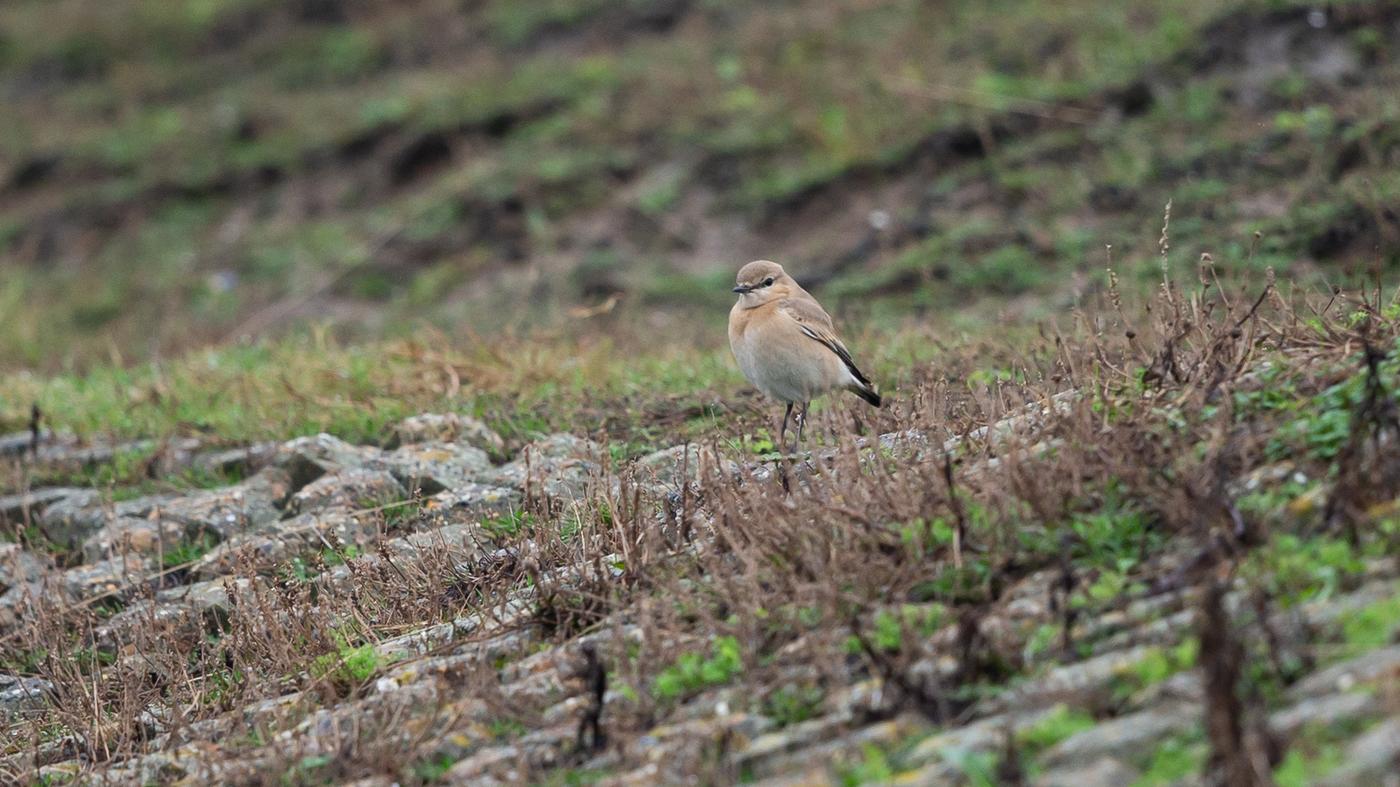 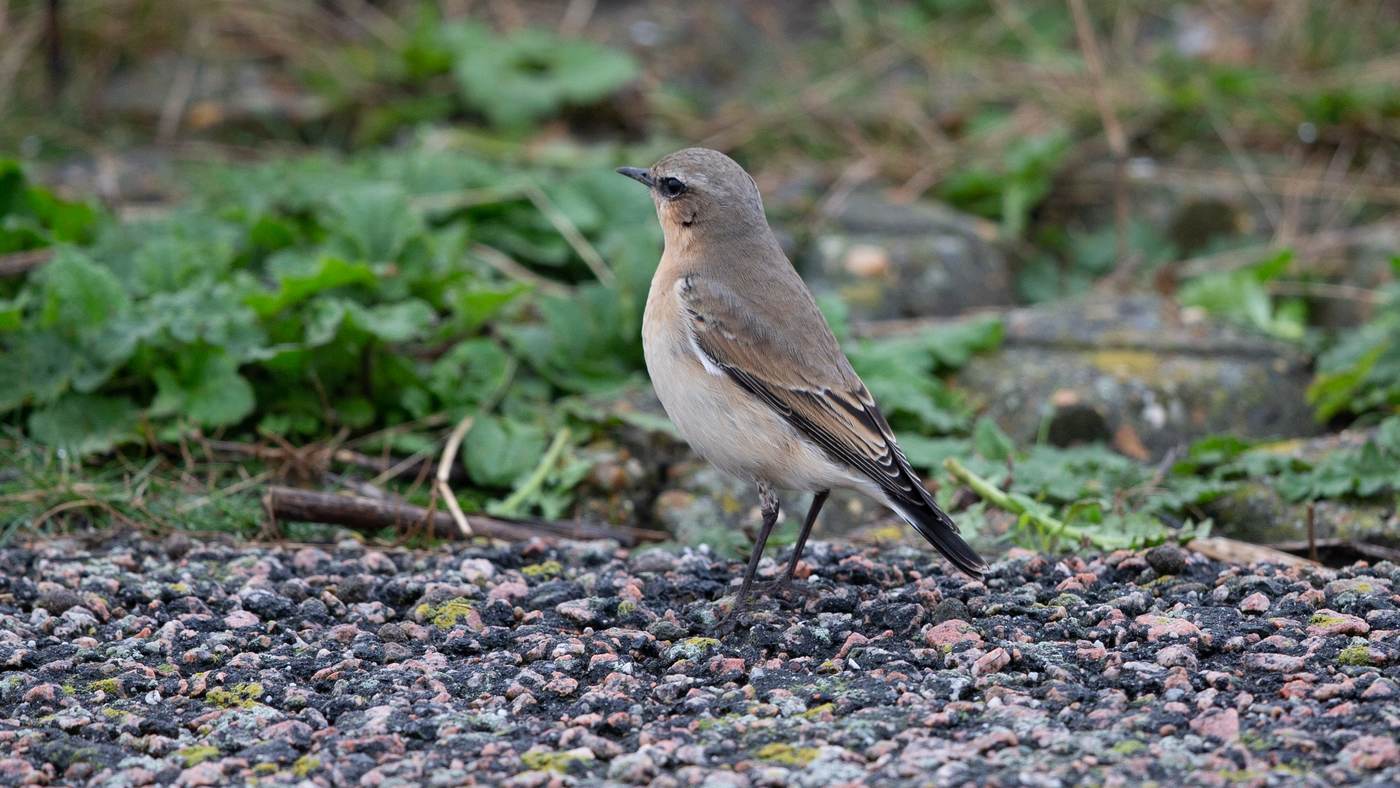 We had to think about what to do next. We definitely wanted to get all the target species but Pallid Swift could also not be missed. The Black-winged Stilt in Zeeland Flanders lay really out the route so if we had enough time we would do it last. Now we first went to the Desert Wheatear which was found after a short search. The bird was much on the wings and refused a good approach but still a few pictures could be made. We drove quickly to the Pallid Swift who was still present at Neeltje Jans. At some distance the car was parked and we started the short walk. There were already quite a few birders and we had the bird quickly into view. Occasionally he came very close and there were nice pictures made. Pleased with the pictures we continued to Stellendam for the Wiskered Tern who is present for a while now. He was quickly found and as a bonus we could also add a Common Tern to the month list. 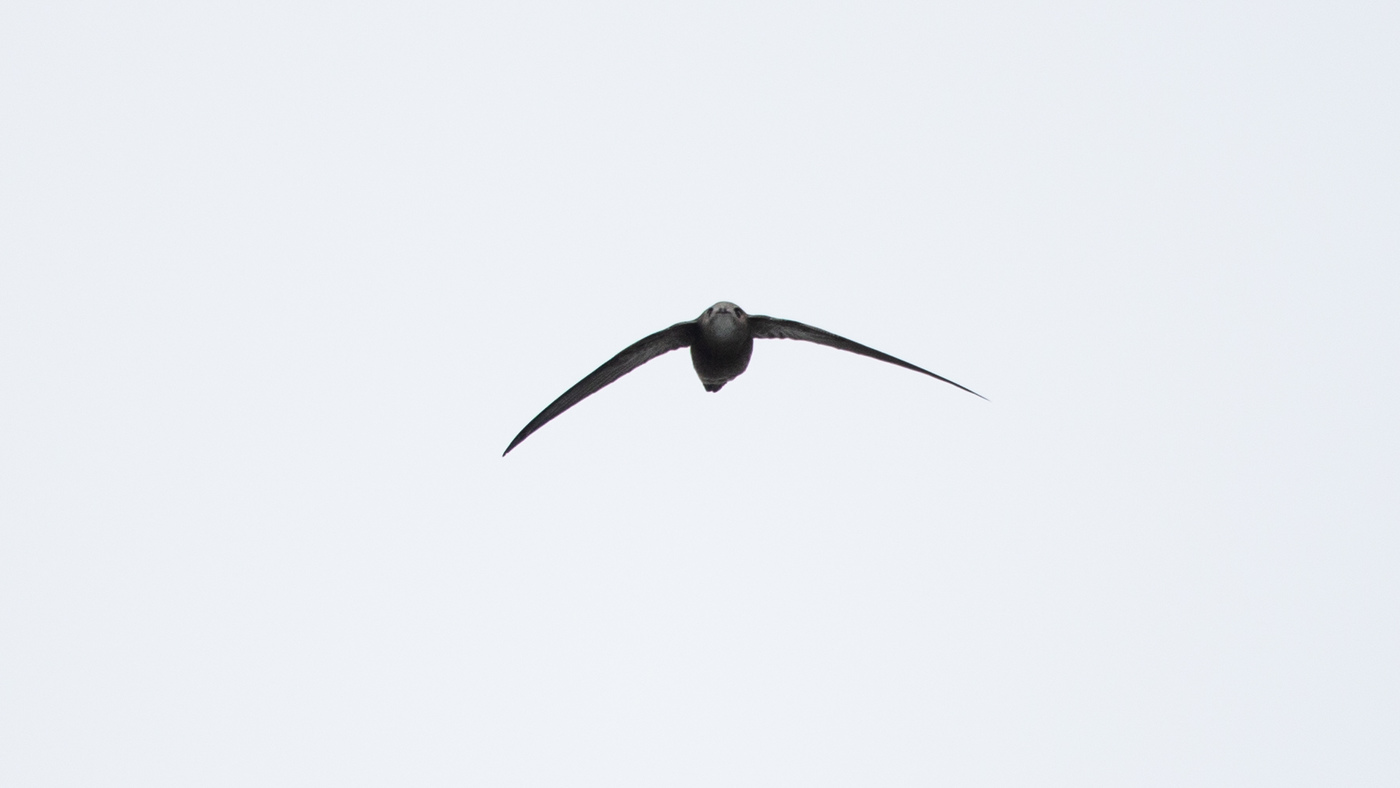 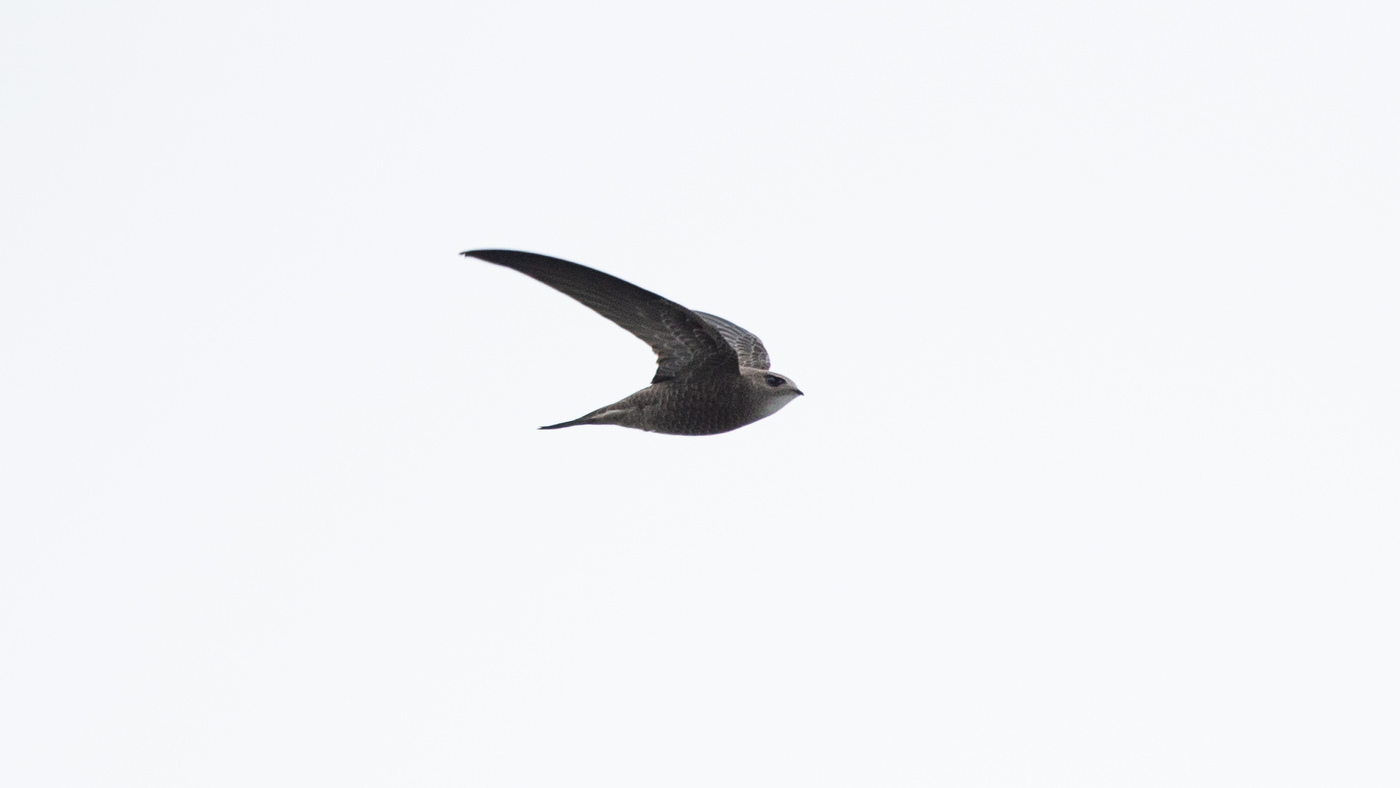 So far everything went perfectly and we were tight on schedule. The next stop was the Red-necked Phalarope which is reported throughout the week in Oude Tonge. This bird also was found quickly and after a cup of coffee we started the ride to Zeeland Flanders for the Black-winged Stilt. At half past four we drove up the dike where we saw the bird last week. The telescopes were prepared and the search began. The bird was not in the same place as last week and Pieter found him back at the mud flats at the Westerschelde site. The bird was sleeping between Oystercatchers and therefore was almost impossible to see. 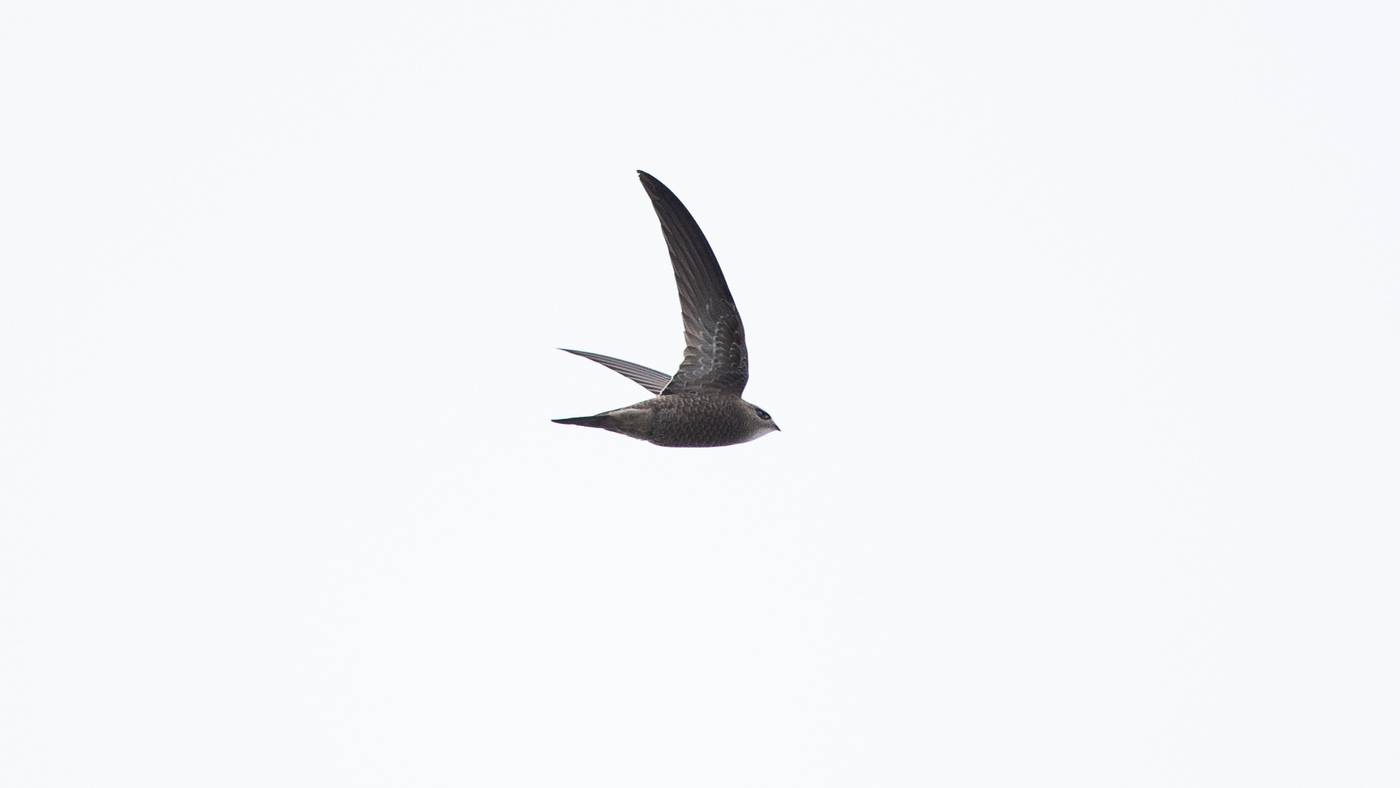 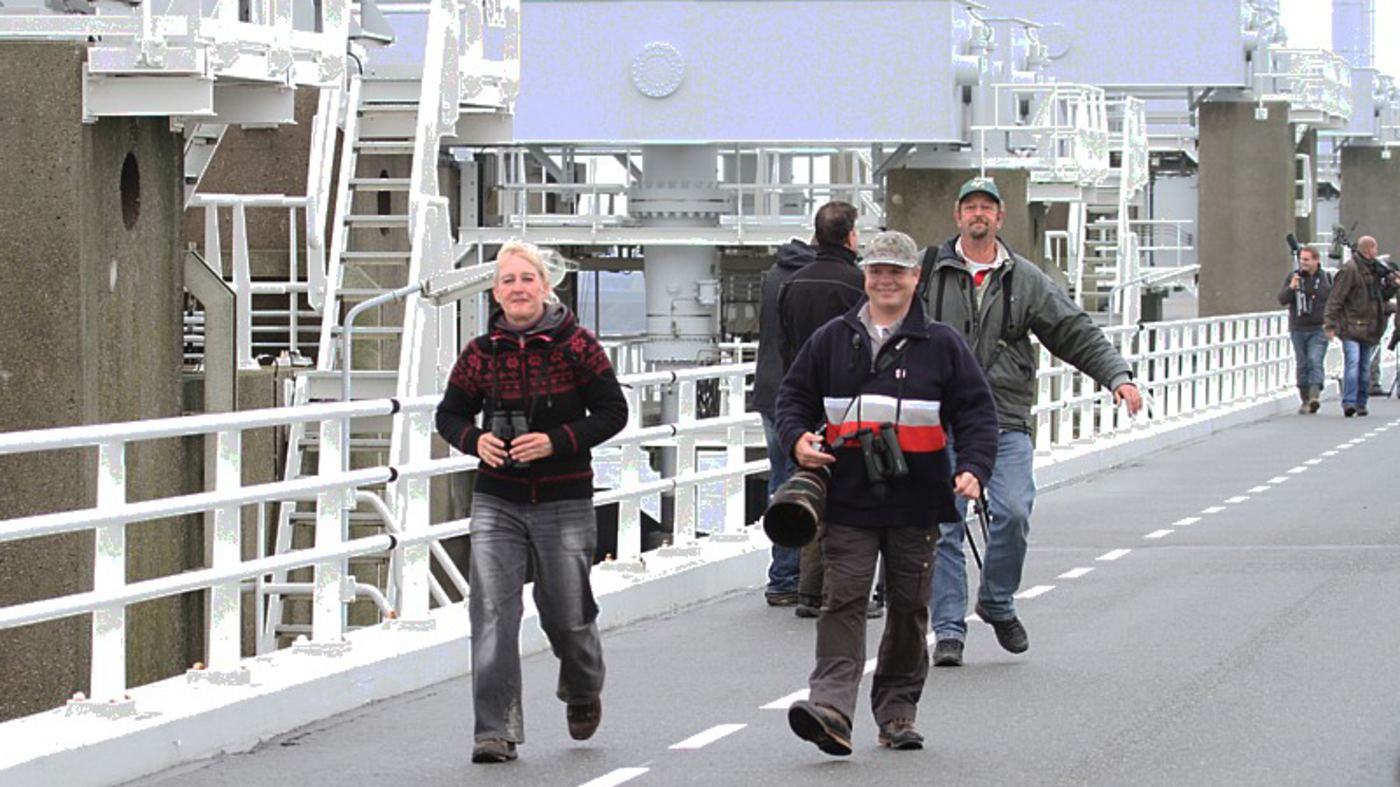 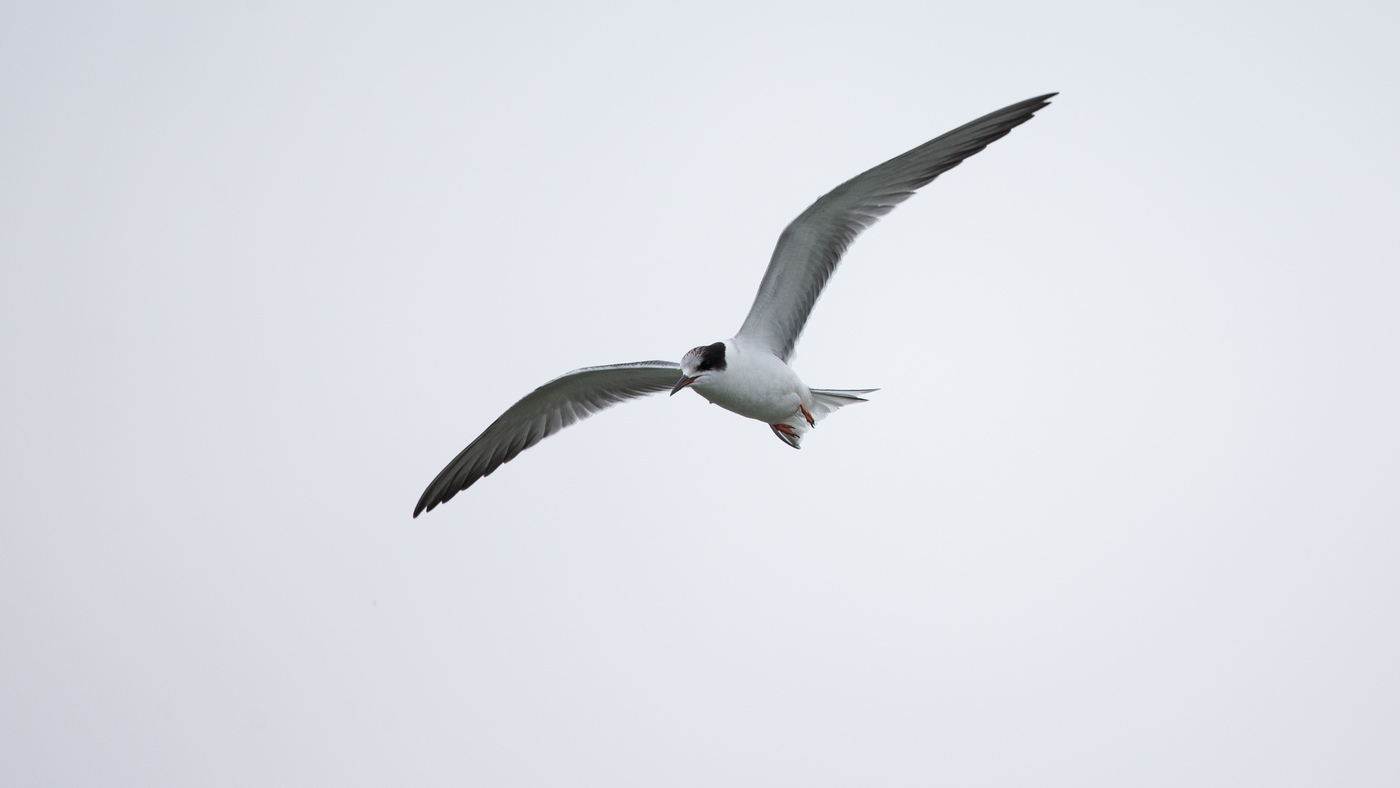 It had become a fantastic day with a large number of rare species. I counted nine new species for the month list and could also record two new year species. With the Dartford Warbler and Desert Wheatear the annual list grows to 327 species, a new personal record! 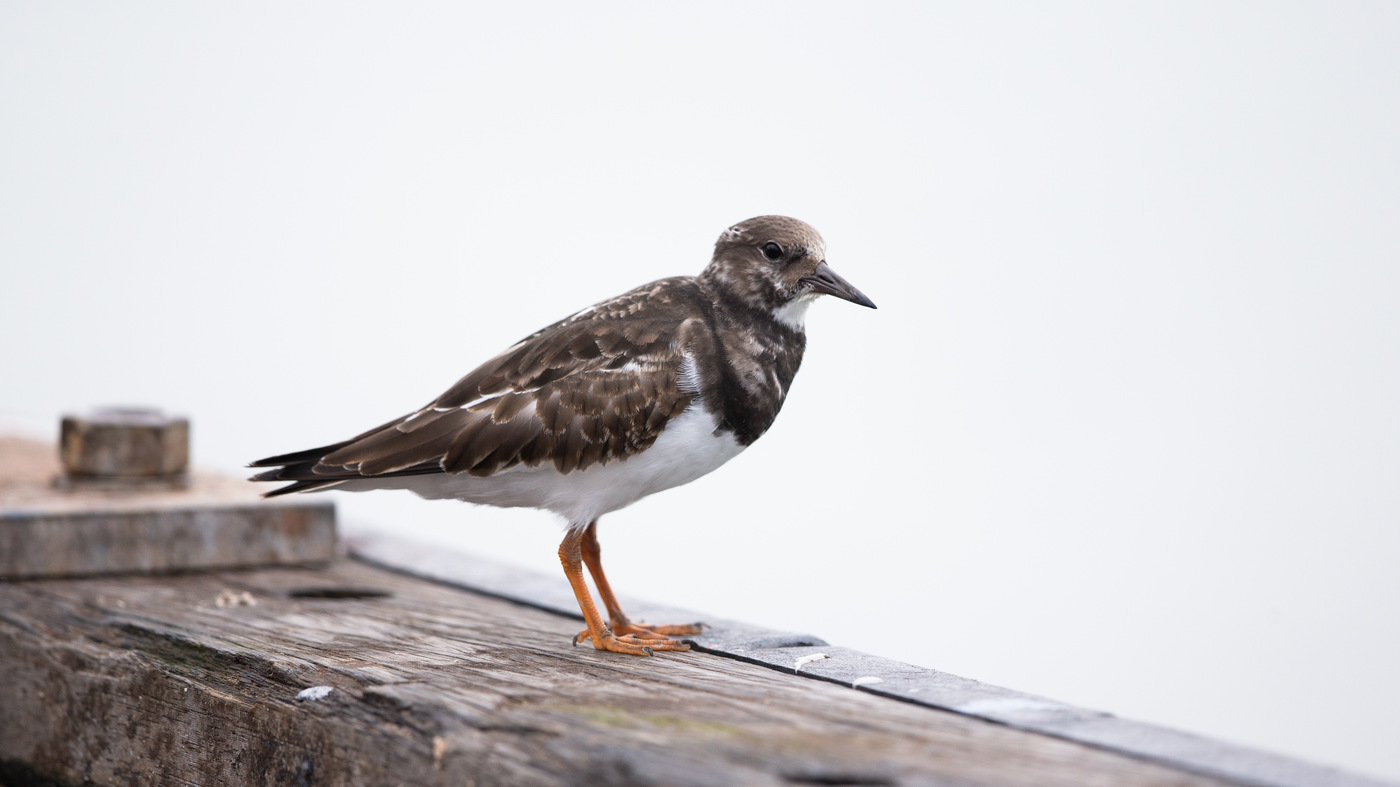 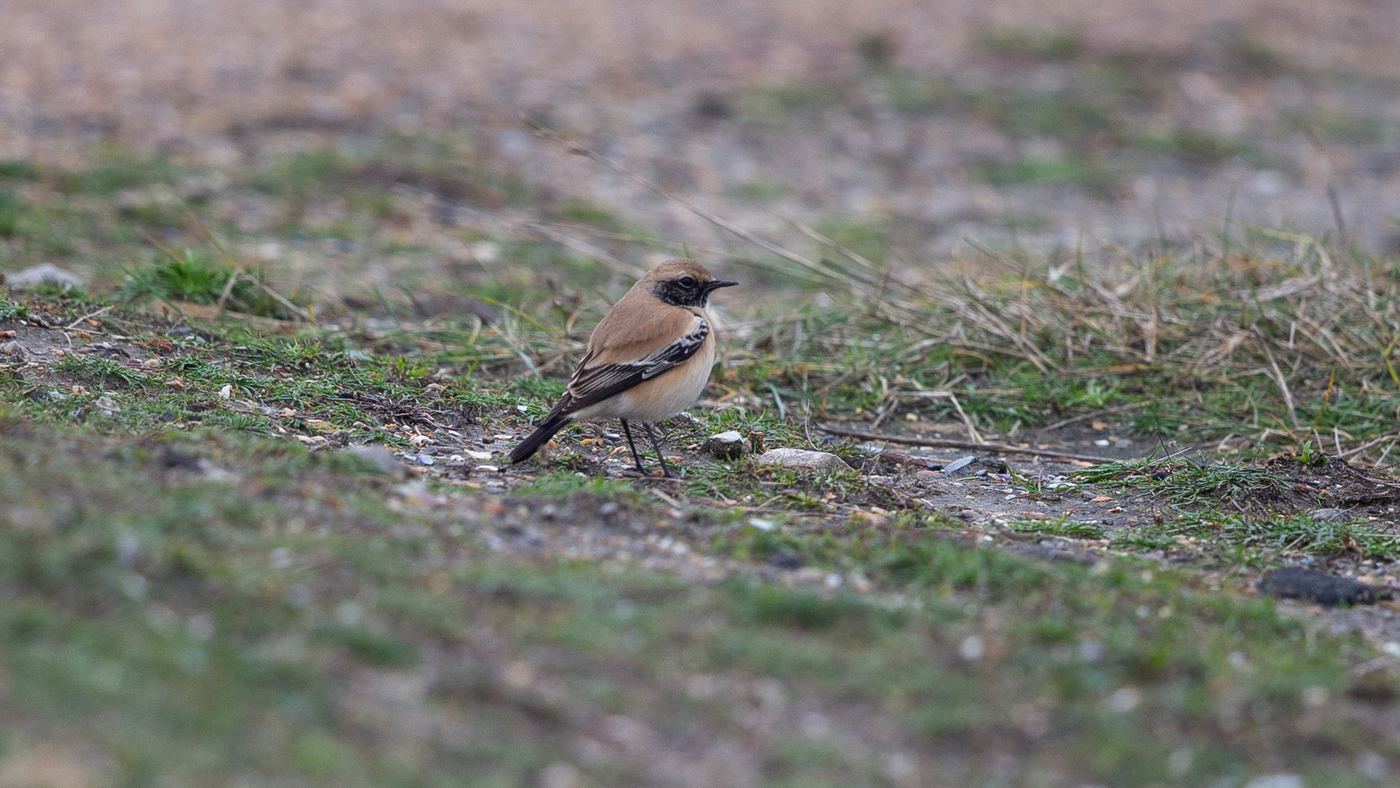