Day of month listing in the province of Zealand 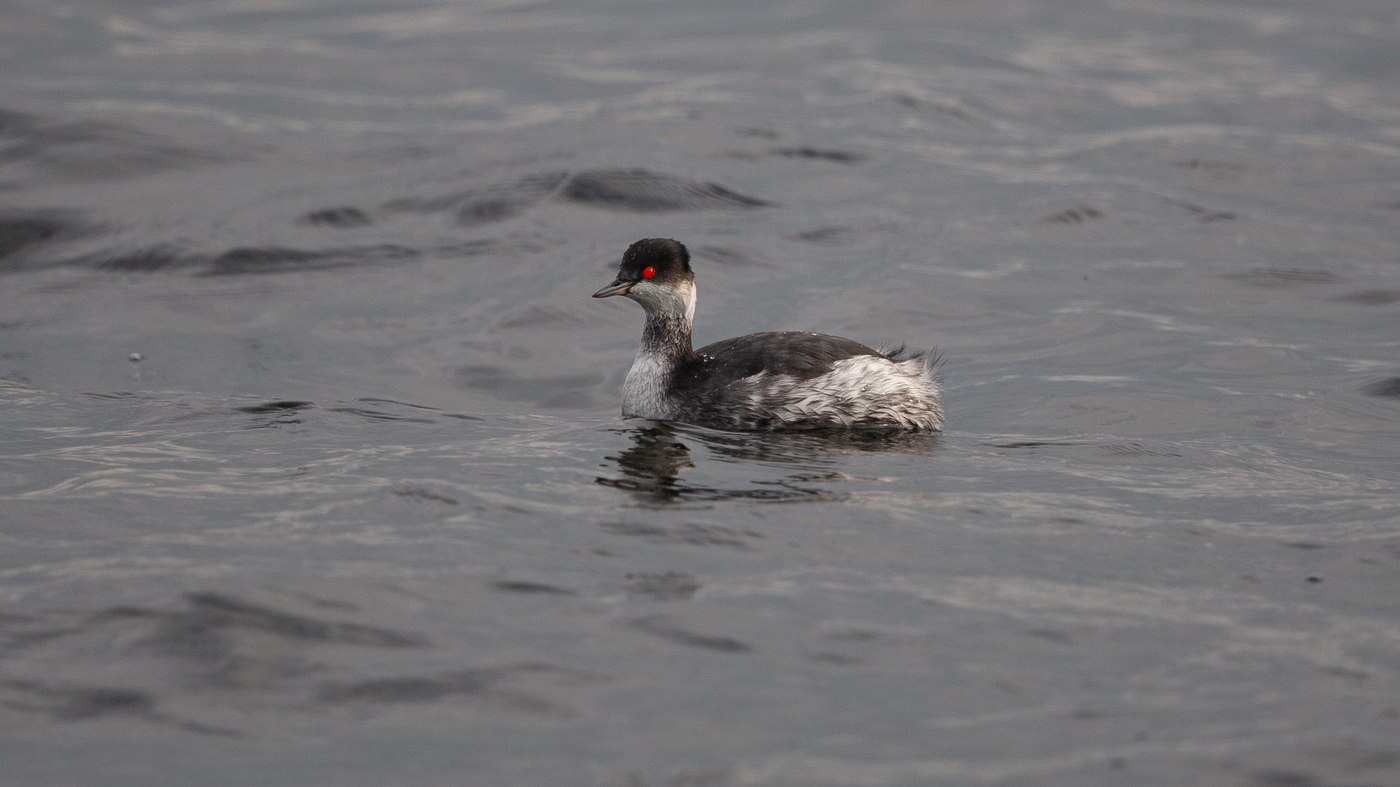 According to the weather reports Saturday would be bad, an ideal day to work on the monthly list. A quick scan on the net yielded the following species: Marsh Harrier, Snow Goose and Mediterranean Gull. These species were all seen in the province of Zeeland so a tour through Zealand was obvious.

Pieter and Maartje felt the same and they also needed a number of species that could be scored in Zealand. In a parking lot near the town Made was agreed at 7.30 am. Right on time we left the next day from Made and the first stop was The Verdronken Land of Saeftinghe where we wanted to score the Marsh Harrier. Along the way, we had a lot of rain and it looked like it was going to be a dull day. In Antwerp the Tom-tom gave trouble but eventually we parked on dike that looked over the extensive reed beds. I set up my new Swarovski 95 telescope that I've picked up last Thursday, bizarre device and incredibly sharp. During the search we saw many Reed Buntings and the cry of some Bearded Reedlings sounded. Suddenly in the distance an adult male Marsh Harrier was seen, the bird was hunting. Just in time because it started to rain again.

Next stop was the Sophia polder where a Snow Goose is present for a long while now. During the trip it rained frequently but on arrival in the polder it was dry. Again the telescopes were set up and the Snow Goose was easily found quickly. There were a lot more Ducks like Eurasian Wigeons, Northern Shovelers, Gadwalls, Eurasian Teals and 2 Northern Pintails. Beside some Golden Plovers and Lapwings there were no more wading birds. The next target was the Mediterranean Gull that was present near the channel in Vlissingen. Also this was quickly found and thus I had my target species in the pocket. In vain was searched for a large flock of Waxwings that were reported here yesterday. We drove to Middelburg where at the Zandvoortweg Ruff were reported and they still count for the month list of Pieter. Among the thousands of Golden Plovers some Ruffs were found. It also swarmed here with Eurasian Wigeons. 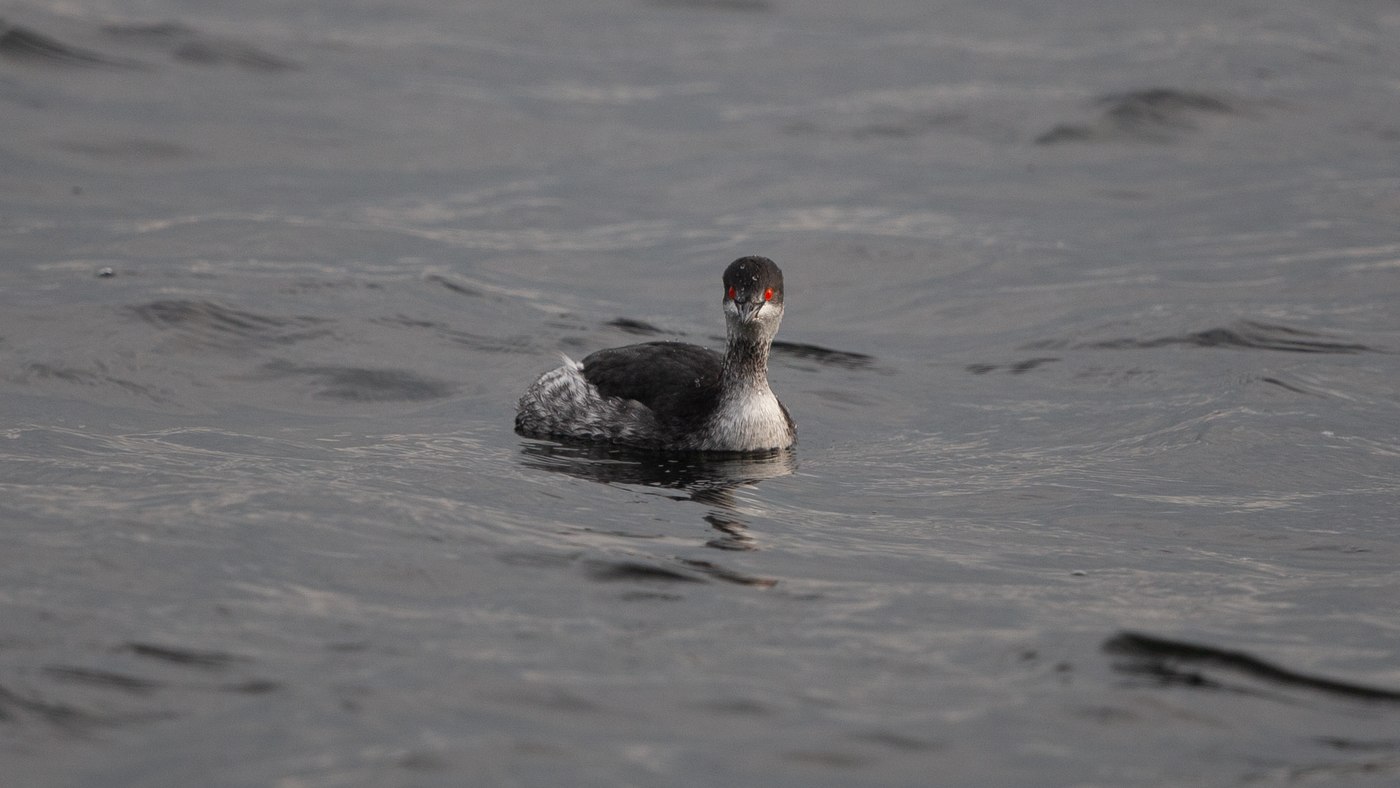 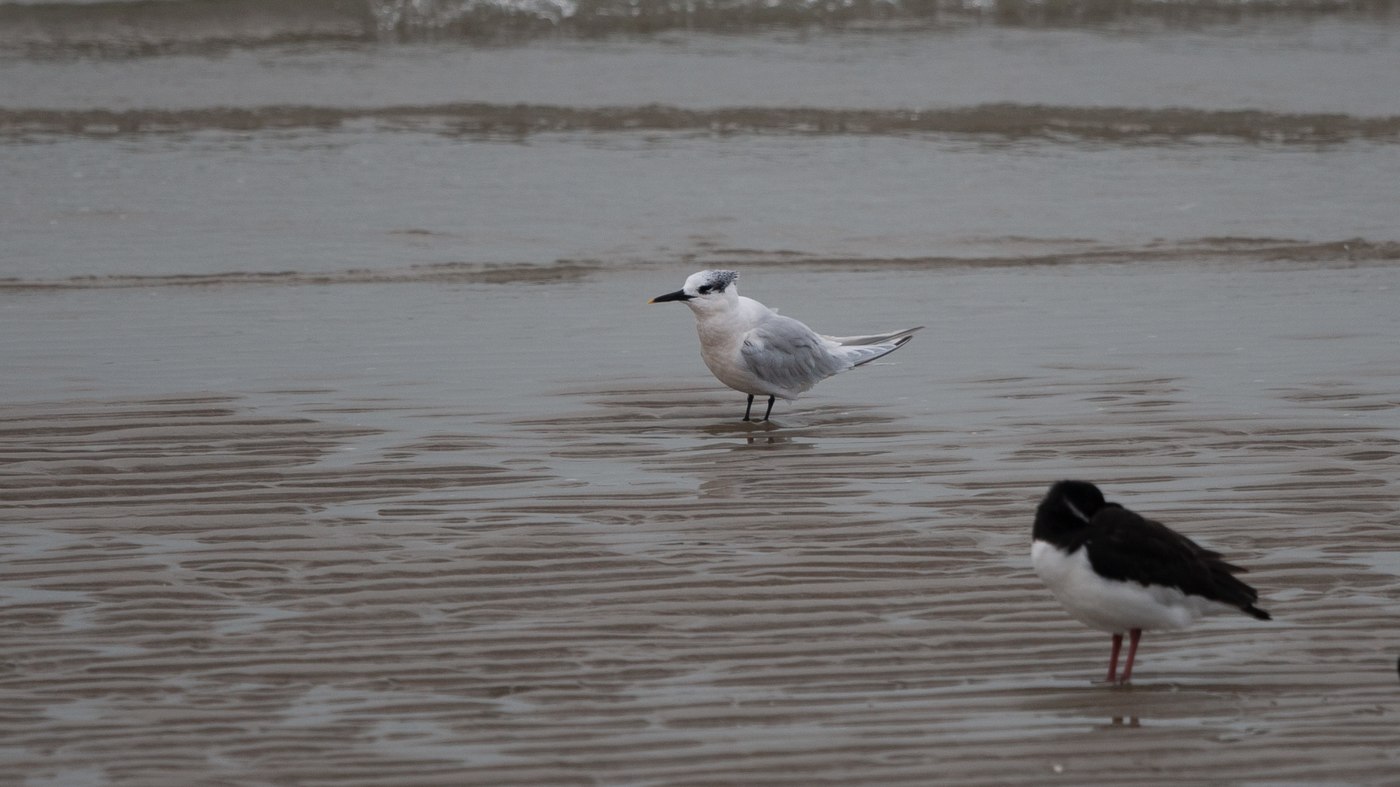 After a cup of coffee we drove to Westkapelle where nature development area T'Vroon was inspected. This yielded 3 adult Yellow-legged Gulls that count for the list of Pieter. There was brisk sought because last week a Little Stint was reported but we could not found the bird and it will probably be gone. We didn’t search well enough because later we saw that a Whinchat was reported, so that we had missed. The Sea dike was searched but here was not much. We drove on to the Veerse Dam where we saw some Black-necked Grebes with nice photo opportunities. Passing Neeltje Jans we left the island and drove to the Stompetoren where a Black Brant sat and we scored this bird easily. Next stop was the Prunjepolder but this yielded not much. 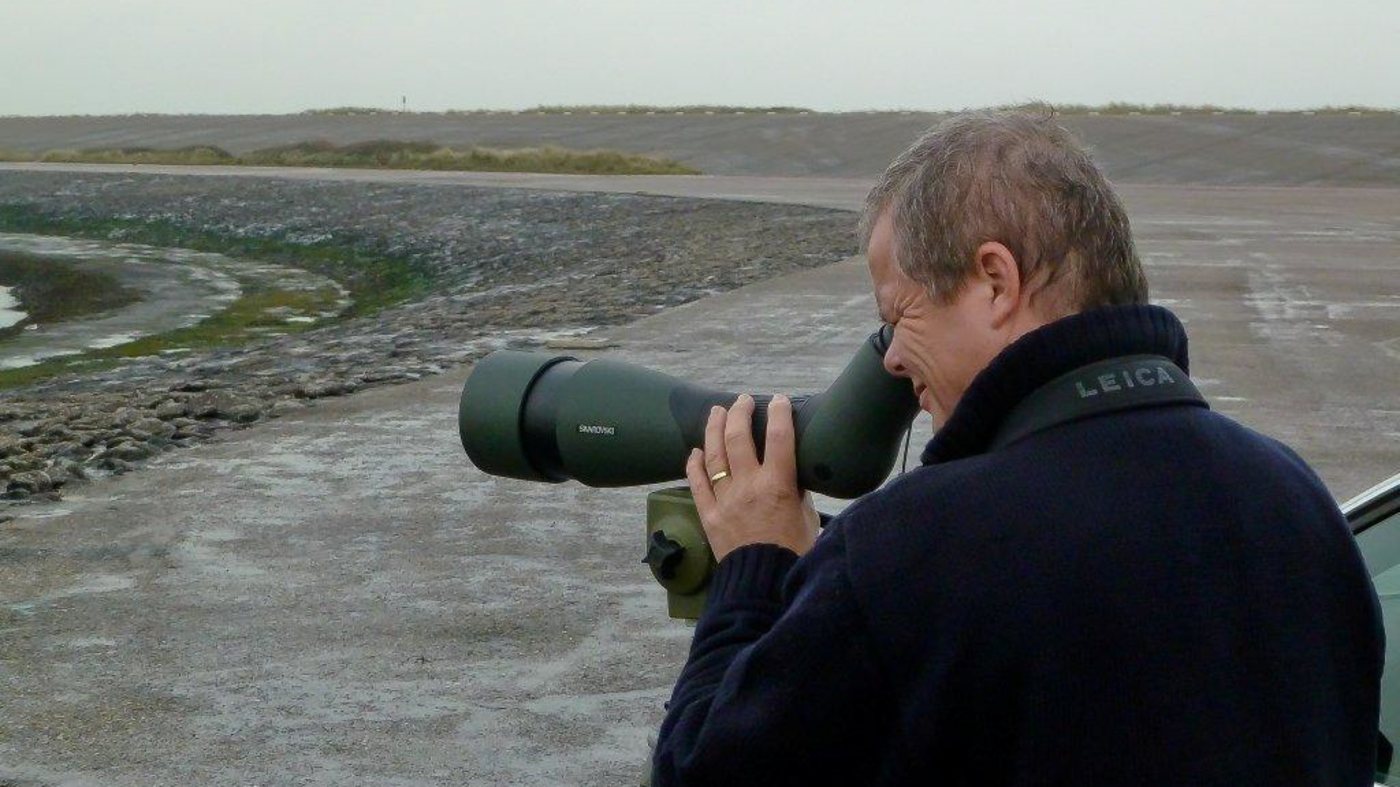 Myself with my new Swarovski

It became later and the light conditions began to decline fast, so we drove quickly to the Brouwersdam. Here was an off land breeze which is normally not good. Nevertheless, there were quite a few Red-throated Divers and we counted at least 15 Horned Grebes. The light disappeared quickly and we decided to drive back to Made. Despite the bad weather predictions it was a nice day and all the target species were scored!