DBA weekend at the island of Texel 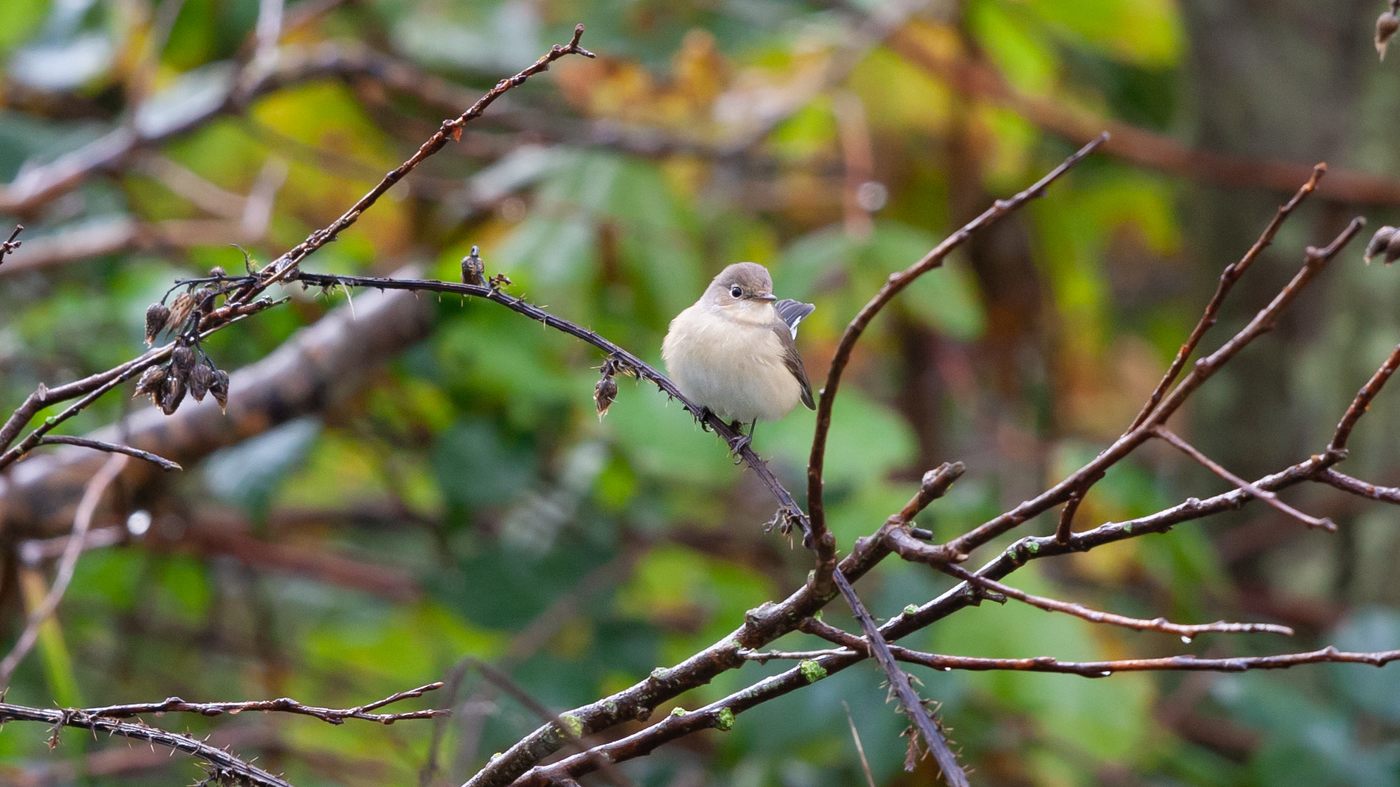 This weekend was the annual DBA (Dutch Birding Association) weekend held on Texel. The aim is to find a rare bird. The person who finds this bird is rewarded with a prize in the form of a pair of binoculars. This is the first time I participate. On Friday afternoon I went to Texel where I would stay until Sunday. The accommodation was a house at the Oorsprongweg along with 12 other DBA'ers. 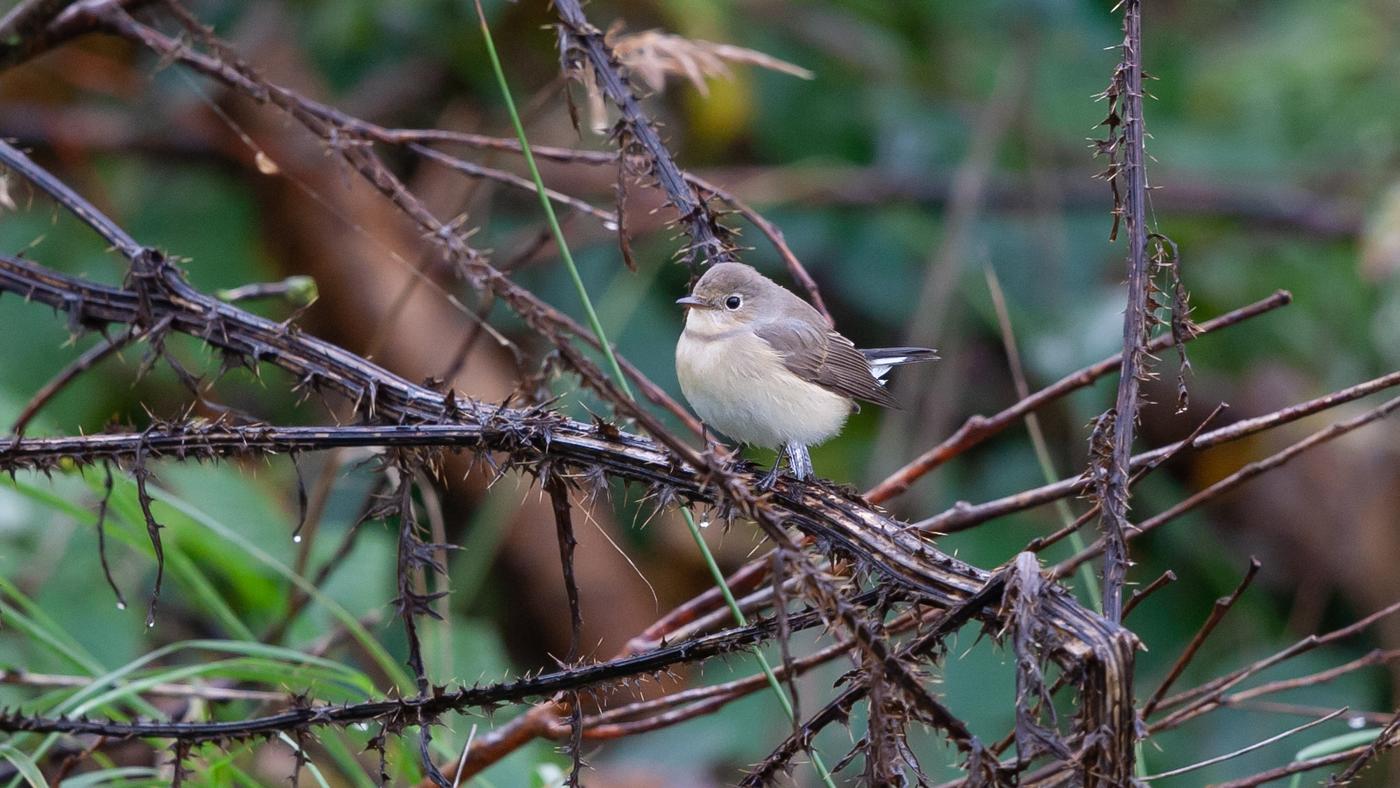 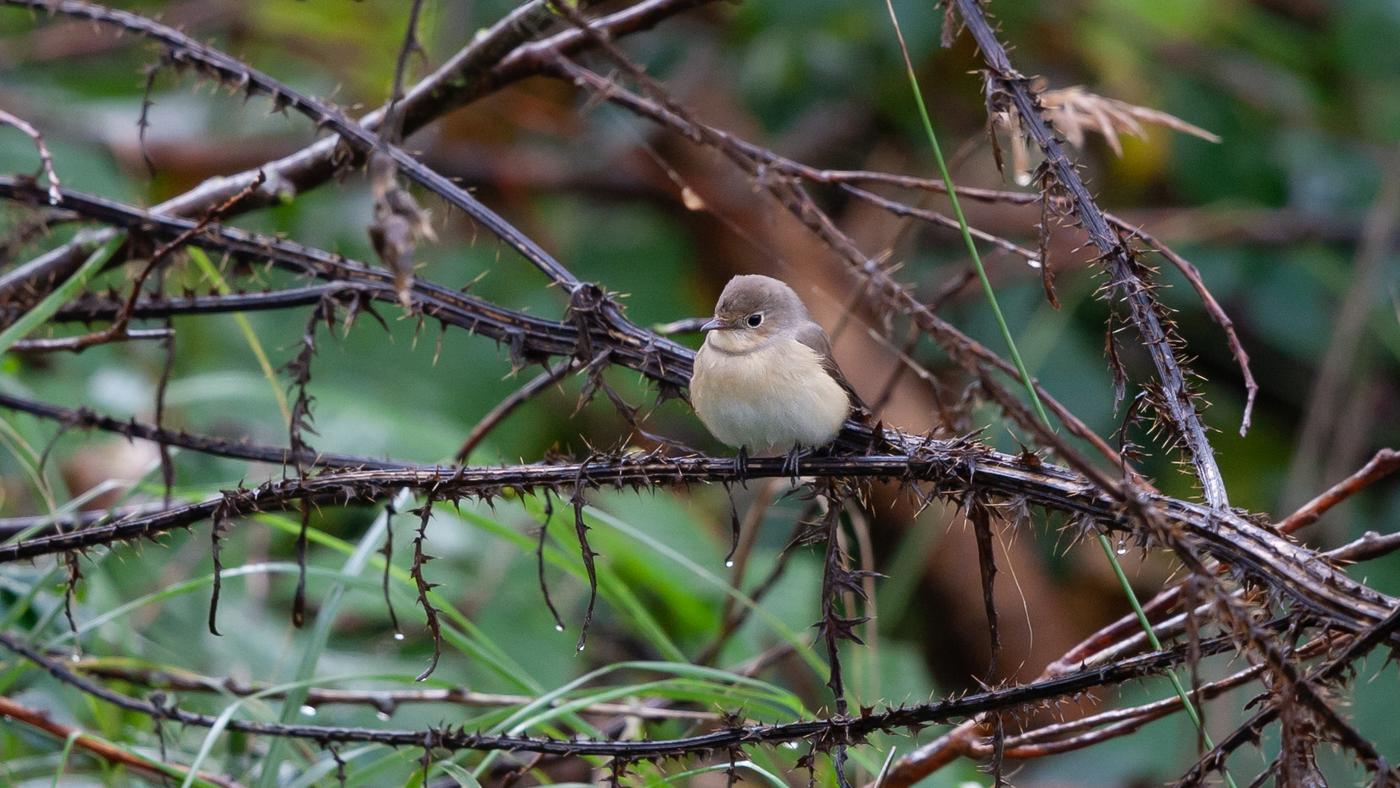 The ride on Friday went smoothly and arriving in Den Helder the sky was threatening and rain quickly followed. On really a few seconds I got the boat and with a shoehorn my car was fit in. During the crossing, a Northern Gannet was seen and there was a beep of a Rosy Starling in the Mokbaai. From the boat I got in touch with Pieter who was already on the island, we agreed at the Rosy Starling. From the boat, this is only a short ride and not much later I was among a few other birders who also got the message. The Starling was not in the picture but the discoverer said he must be still there. Pieter drove up and shortly thereafter the juvenile Rosy Starling was seen nice in a bush. He did not sit long and unfortunately there was not a photo chance. 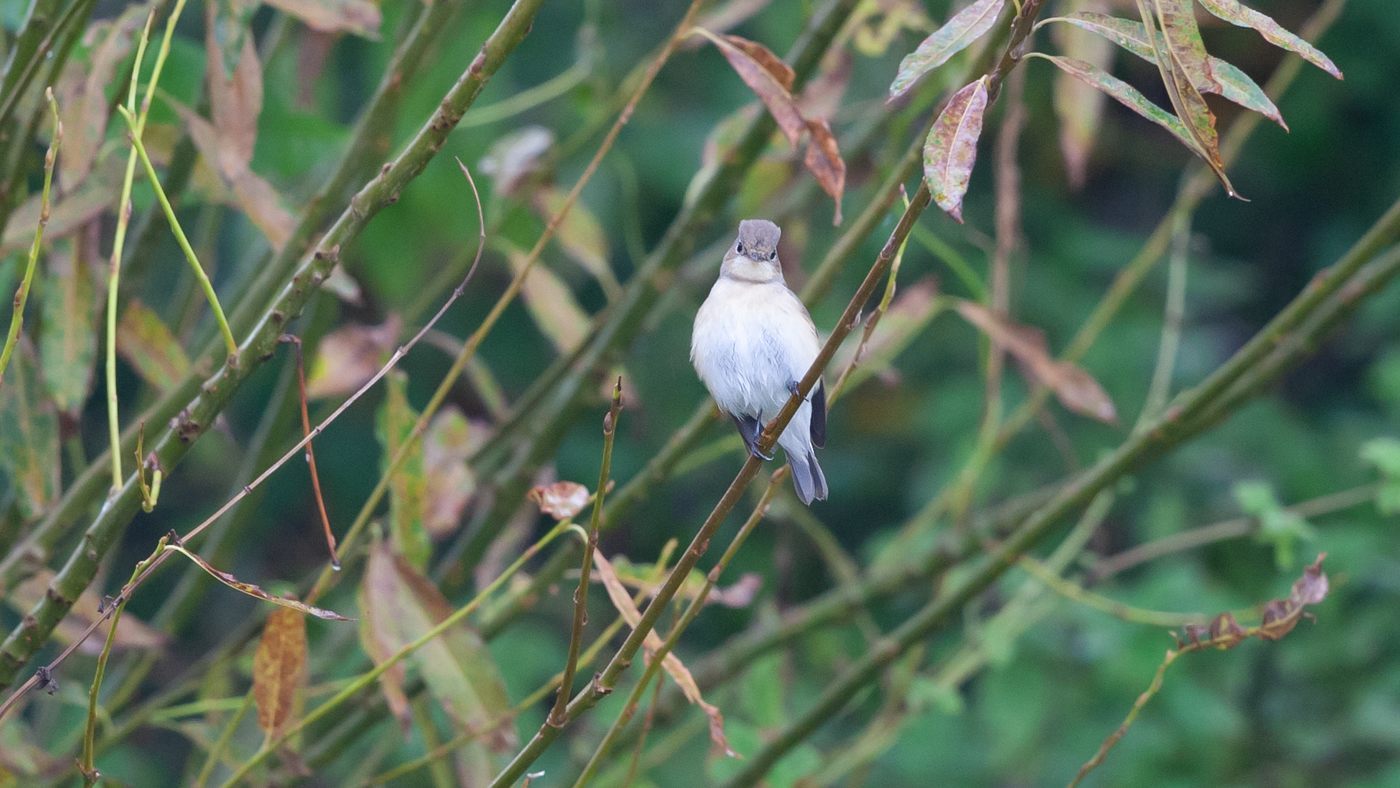 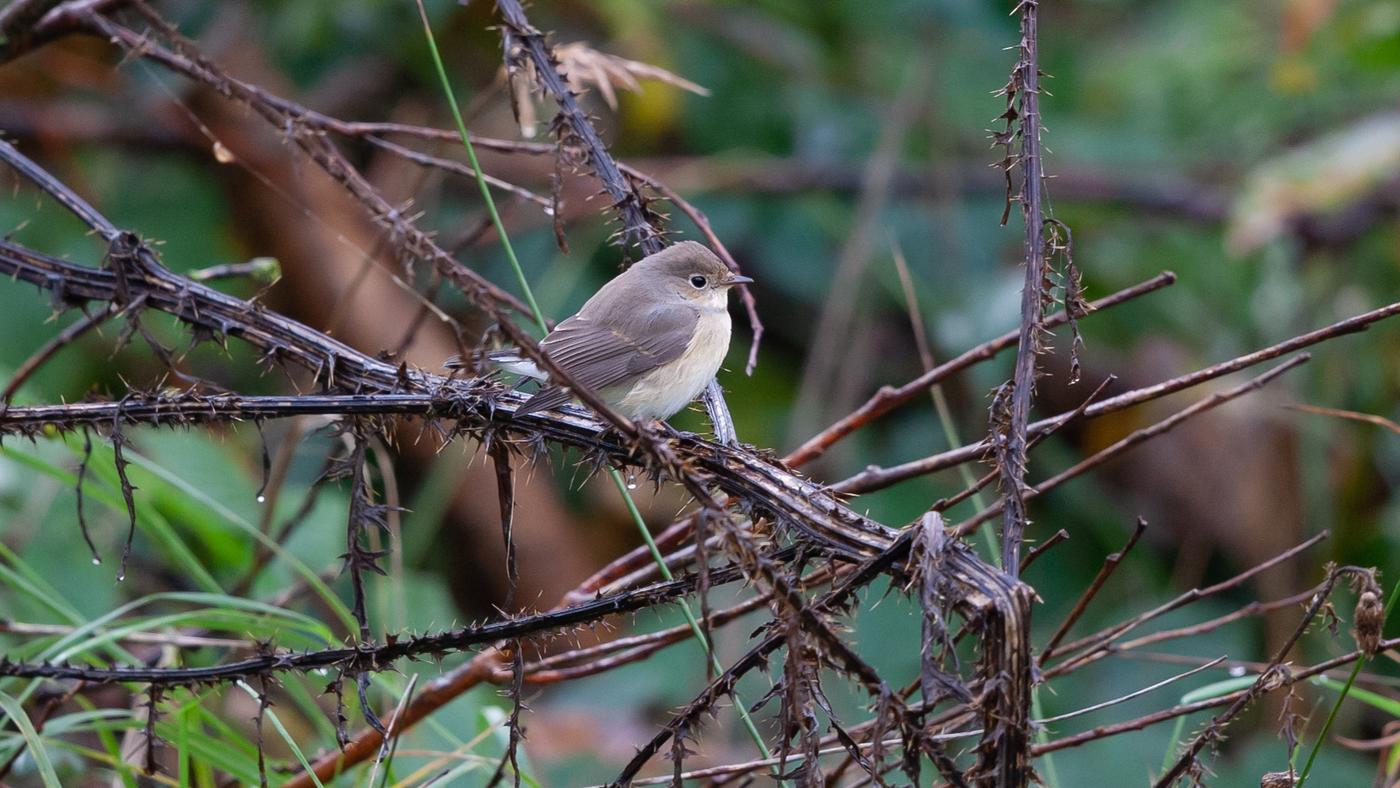 By Luuk Punt was for the inhabitants of our house a Whatsapp line set up and one of the first reports was a Yellow-browed Warbler who actually was calling in our garden. Before we wanted to visit this bird we first went in search of a reported European Turtle Dove which could not be found. However, we found here a Merlin on a lawn resting in the rain. In this area for quite a while a Black Stork is reported but a search effort yielded nothing. Because I still had to report to the cottage the Yellow-browed Warbler was the next target. The cottage was at a farm along the Oorsprongweg and was surrounded by dense vegetation with tall trees. An ideal place for song birds. Here we found Wietze Jansen who also had been looking but to no avail. My belongings were quickly unloaded and there was a room selected. Later it turned out that I shared with Luuk Punt and Frank Duivenvoorde. Outside it was still raining but we went for a try anyway. Almost immediately we heard the Yellow-browed Warbler repeatedly called. Wietze was quickly called but the bird did not call anymore. 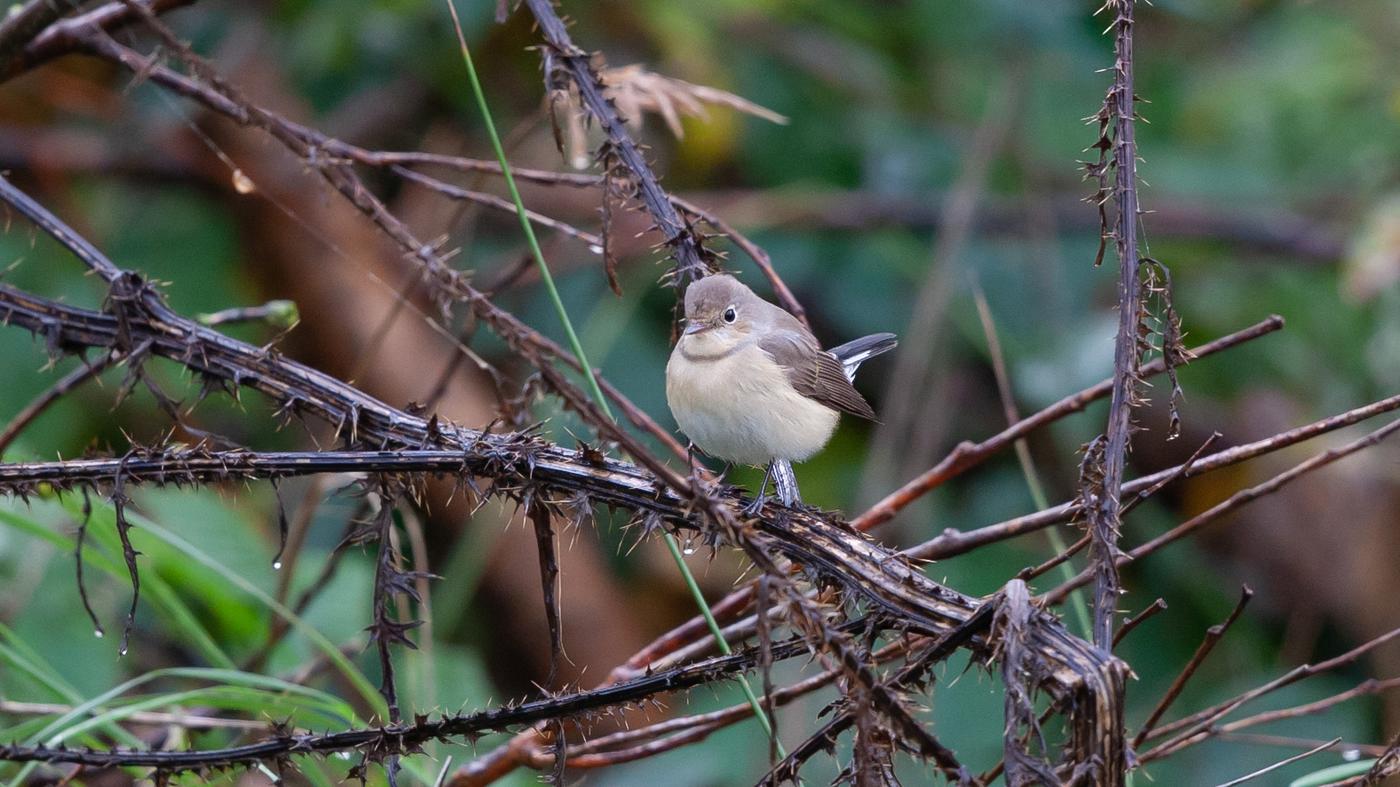 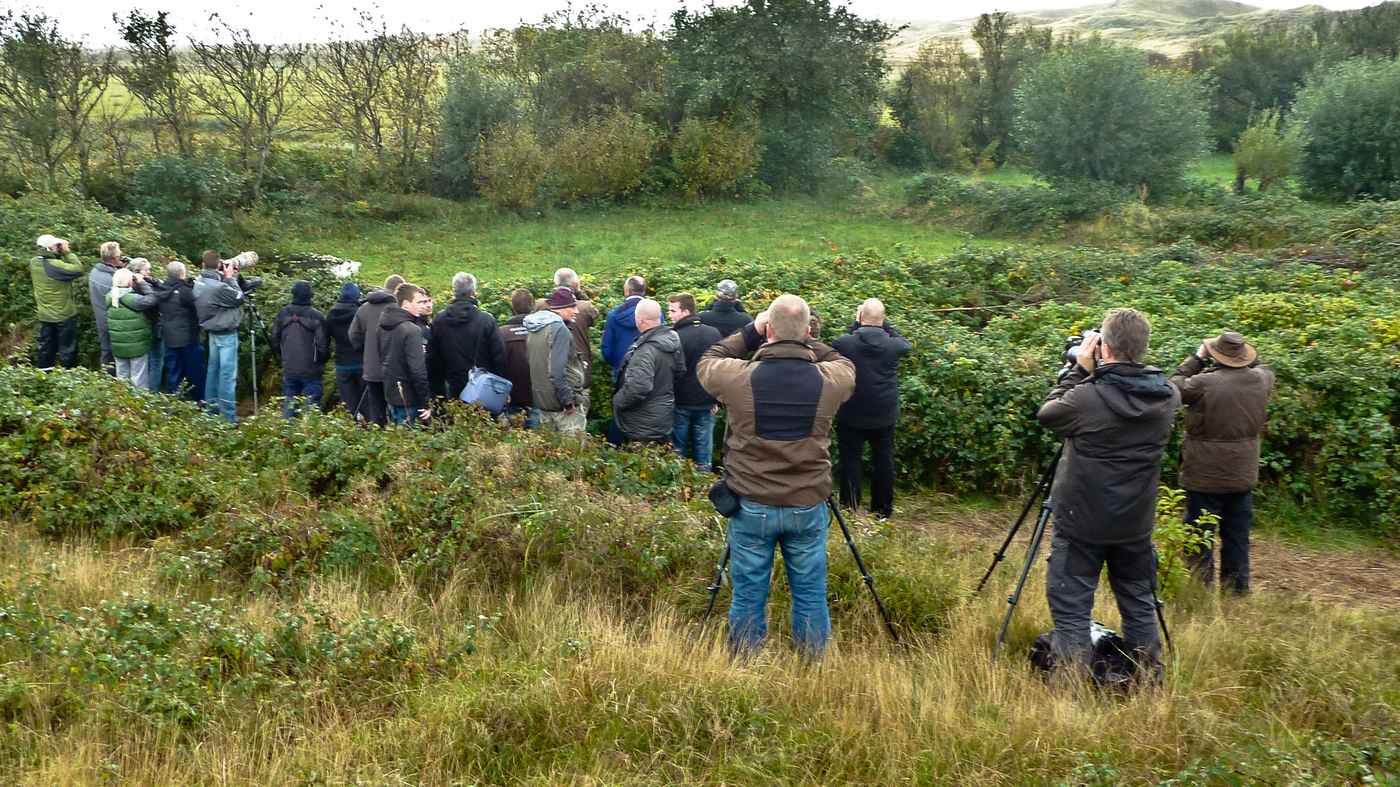 We drove back to the Black Stork and we got a notification of a Red-breasted Flycatcher who sat in De Tuintjes. Immediately we reversed and set course towards De Tuintjes. With still rain we made the short walk to the spot. There were already a lot of birders and the Red-breasted Flycatcher was in a magnificent view. It went dry so I walked back to the car to get my camera. The bird was still great to see and there were beautiful plates. We remained here until it started to get dark. The stomachs began to rumble and it was time for the evening meal and a beer. In Cocksdorp we stepped into a crowded little restaurant "The Rog". There was still room at the bar and that suited us perfectly. For me it was rice with chicken in a spicy sauce. After dinner we went to the evening program of Dutch Birding. There were several presentations and we got acquainted with the Brown Shrike, tipped the target best specie for this weekend. After the last presentation I said goodbye to Pieter, Maartje & in law family and drove to the house. Here a nightcap was taken with the others before we went to sleep.

The next day started with a fried egg with good strong coffee (made by Luuk). Outside it was raining lightly and there was not much wind. A lap with Luuk delivered some Redwings and Song Thrushes. Furthermore some Finches and Bramblings. At 8.15 I agreed with the family Doorn and when I drove away it was dry. We wanted to start at De Tuintjes but a notification of a Black Guillemot at 5 meters we could not ignore. The bird was in the Krassekeet on a dike. On arrival he sat beautiful in the sun and a little further there was a tame Snow Bunting. A very nice start of the day with some nice pictures. We were near the Black Stork and wanted to give it a try first. Along the way, the Black-necked Swan was seen, who sat here for a while now. Although it is an escaped bird he was close and I could not resist a few shots. 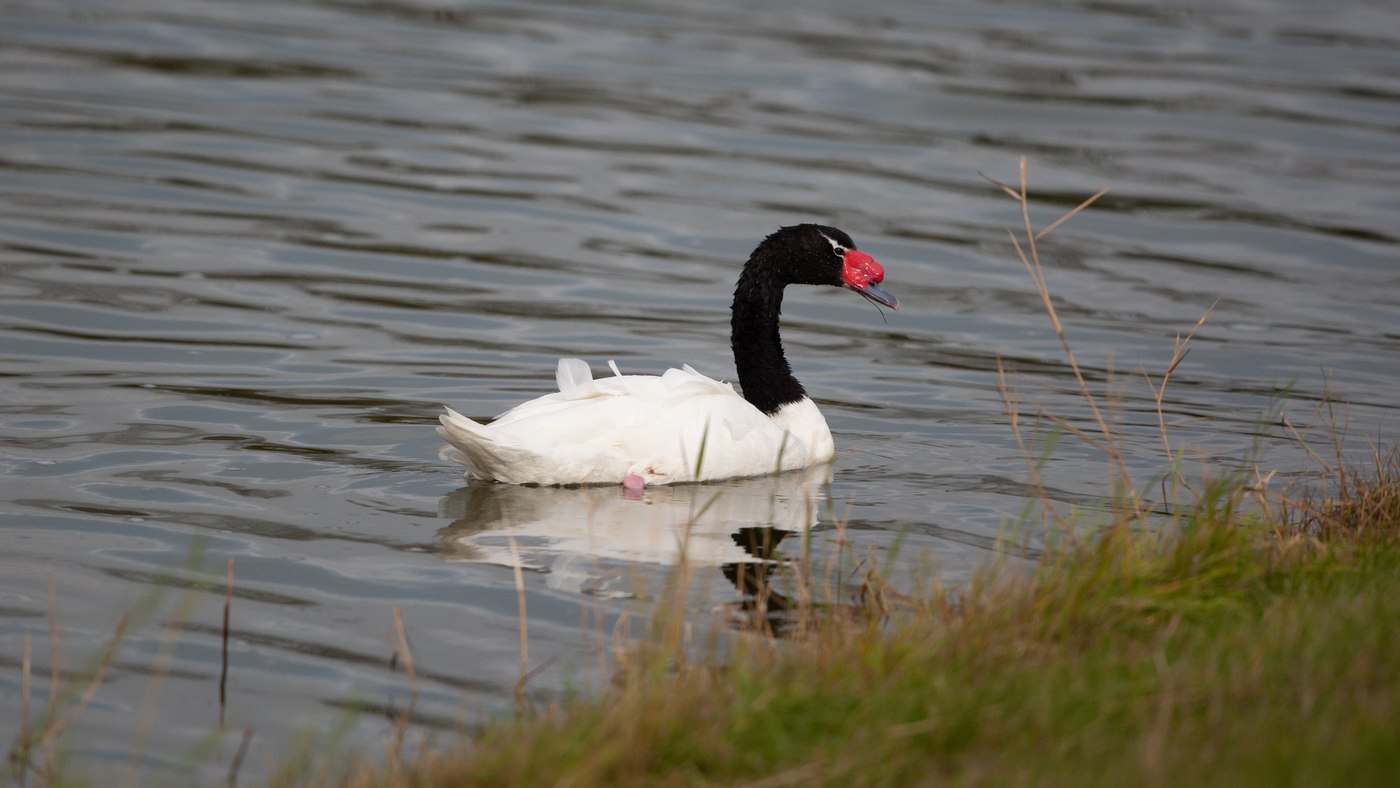 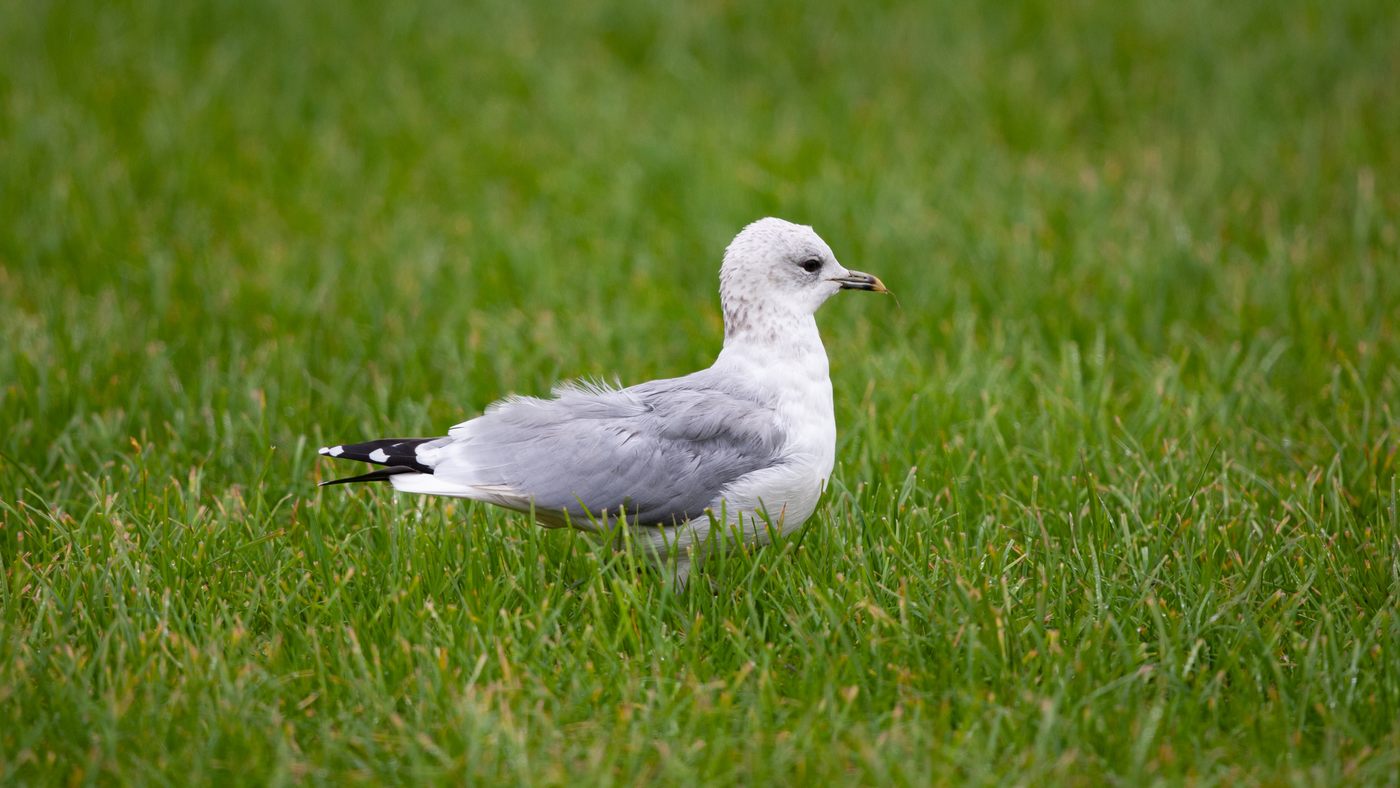 We did not get to the Black Stork because there was a Siberian Stonechat reported at Robbenjager. Quick again was reversed and we drove back to the head of the island. Upon arrival the bird was no longer in the picture and the focus of the present birders had shifted to an exciting Grasshopper Warbler. This bird was seen briefly and unfortunately could not be found. Also we had missed a Wryneck which still had counted for the month list. I went looking by myself for the Siberian and not without results. I found a candidate at the lake but this bird flew to the other side and although he had the good characteristics it could also be a normal Stonechat. Across the lake the bird was found again and it was clear to see that it was indeed the Siberian Stonechat. After a short consultation and a cup of coffee, we drove back towards the Black Stork.

This time we did not get far because at the Robbenjager a Red-rumped Swallow was reported. A heavy type for October and immediately we drove back. Upon arrival there were already many birders and the Swallow was seen in the distance. After fifteen minutes the Red-rumped flew right at us and there were some proof plates made. Meanwhile, a second Red-breasted Flycatcher was reported in a place where also a Yellow-browed Warbler was seen. We drove to this location and while driving it started to rain. The Flycatcher and the Warbler were both not found. It was getting later and the prospects that it would be dry were not too good. So we drove back to the Black Stork. Also we wanted a try for the Turtle Dove. Pieter managed to get a brief glimpse of the Turtle Dove who immediately flew away. From the car the search was continued for the Stork.

Almost all places where the bird was seen were searched. When we reached the hut at the Dijkmanshuizen the bird was reported over the internet. He was close reported now and quickly we drove to the place. There was nothing to see and we contacted the detector. Frank pointed us to another place and here were several birders present. The bird would be located in a ditch of a field. During the walk of this field it began to rain heavily. Again the bird seemed untraceable and I had actually given up and was on my way back to the car. Pieter showed more character and wanted to check one more spot. This yielded an irascible Black Stork that was seen by all. What a relief which was worth a soaked suit. 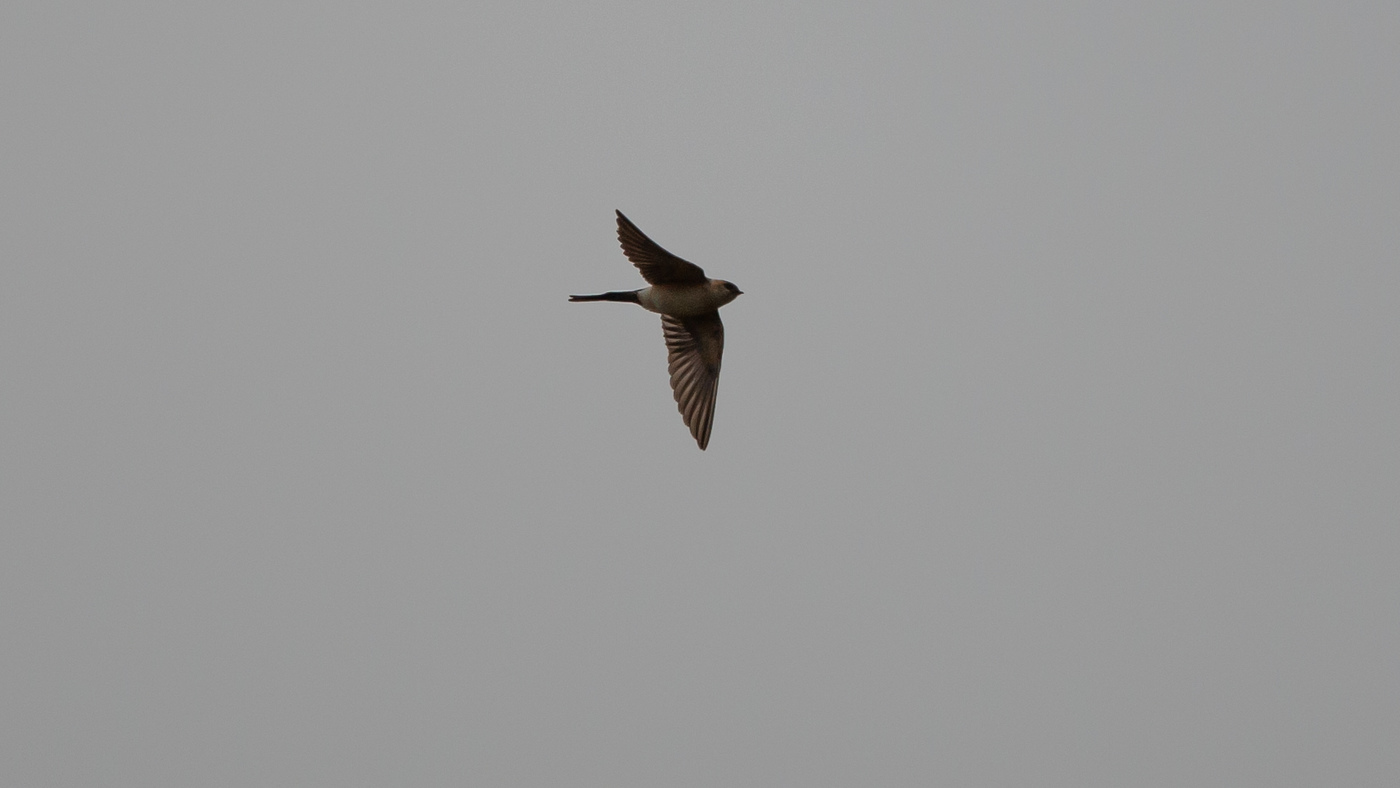 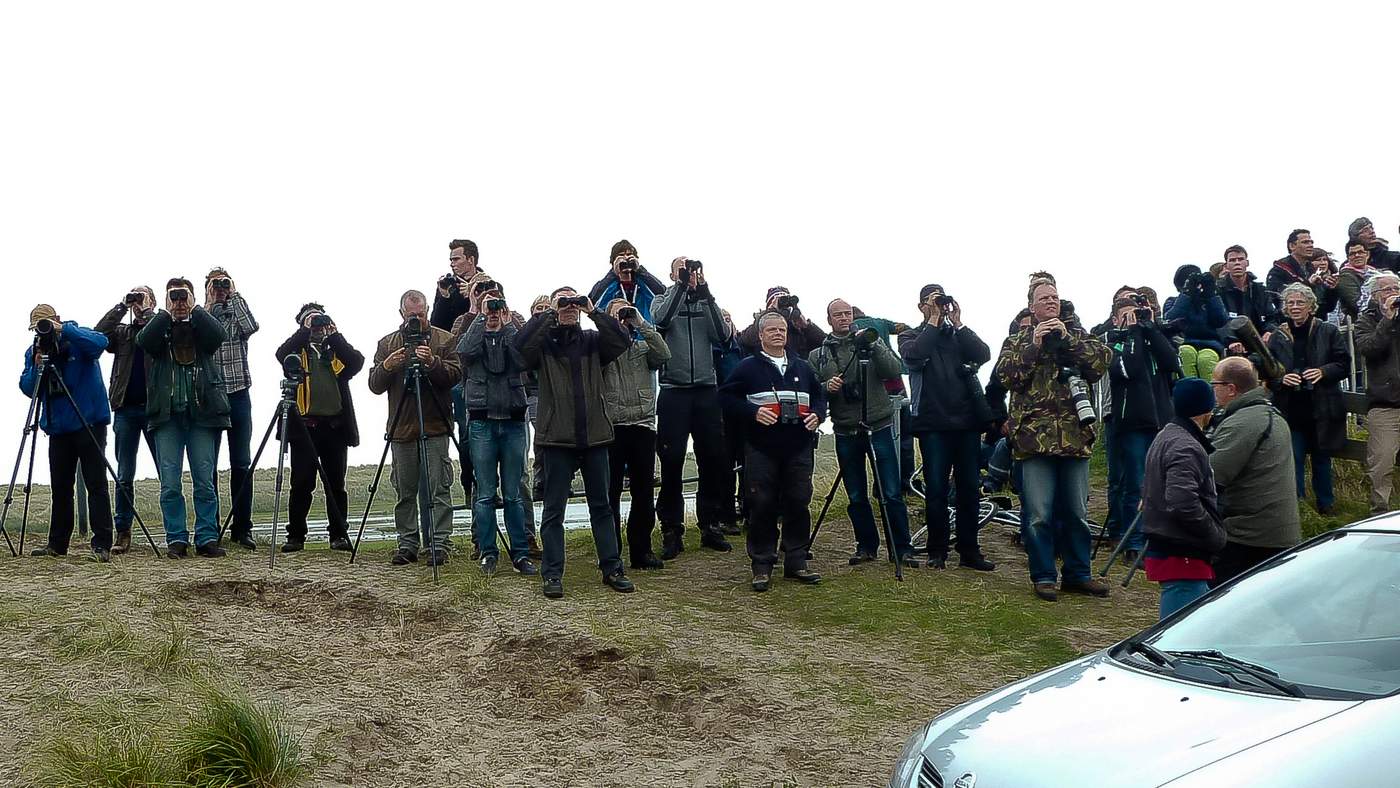 It was dinner time and we took back our position on bar stools in the Rog. The food tasted excellent and the beers were good. Also tonight Dutch Birding organized an evening with presentations and a mystery bird competition. Afterwards I went with Pieter for a drink in the Rog. The next day I got up a little dull and it rained a lot. The rain radar predicted not much better. There was an egg and at 8:30 am I picked up the companionship. We made an attempt for the Turtle Dove which failed but a hunting Peregrine was discovered, the only one for the weekend. At the Muyweg a Dotterel was reported, a nice specie for the time of year. It was raining very hard now and birding from the car was the only option so we drove to the reported location. This showed that the bird had flown and despite intensive search, he was not found by us. We drove around aimlessly and I suggested taking the ferry at 12 o’ clock. The others agreed and at 11.30 we stood in line for the ferry. 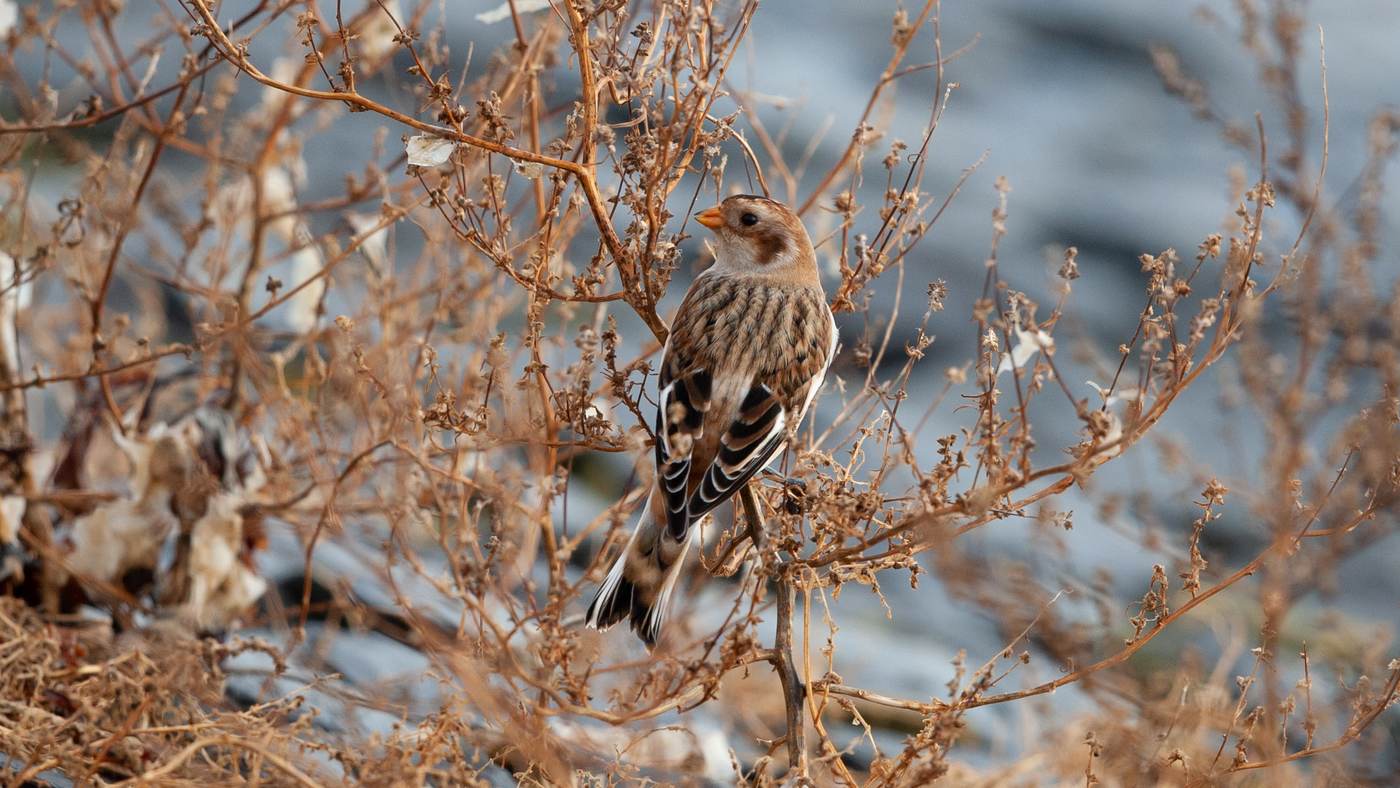 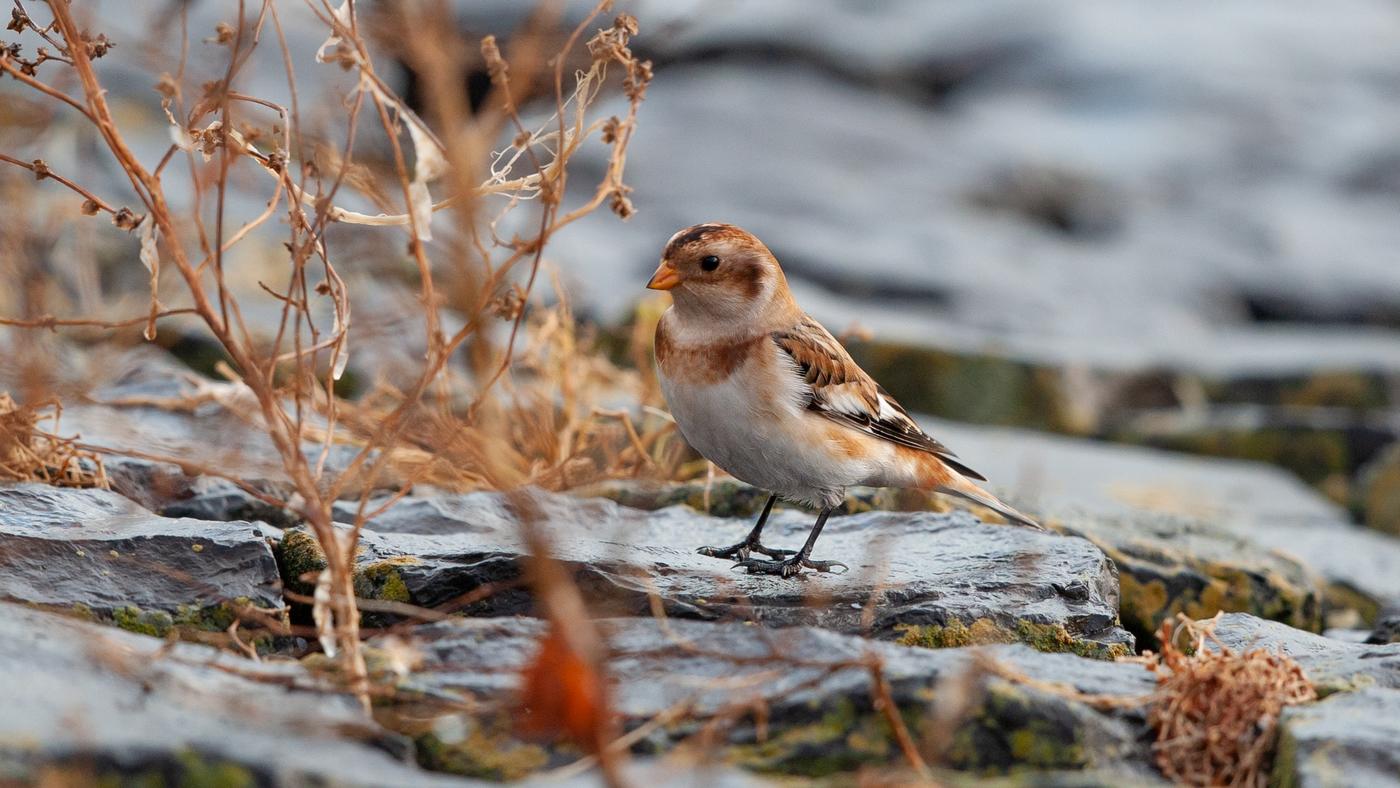 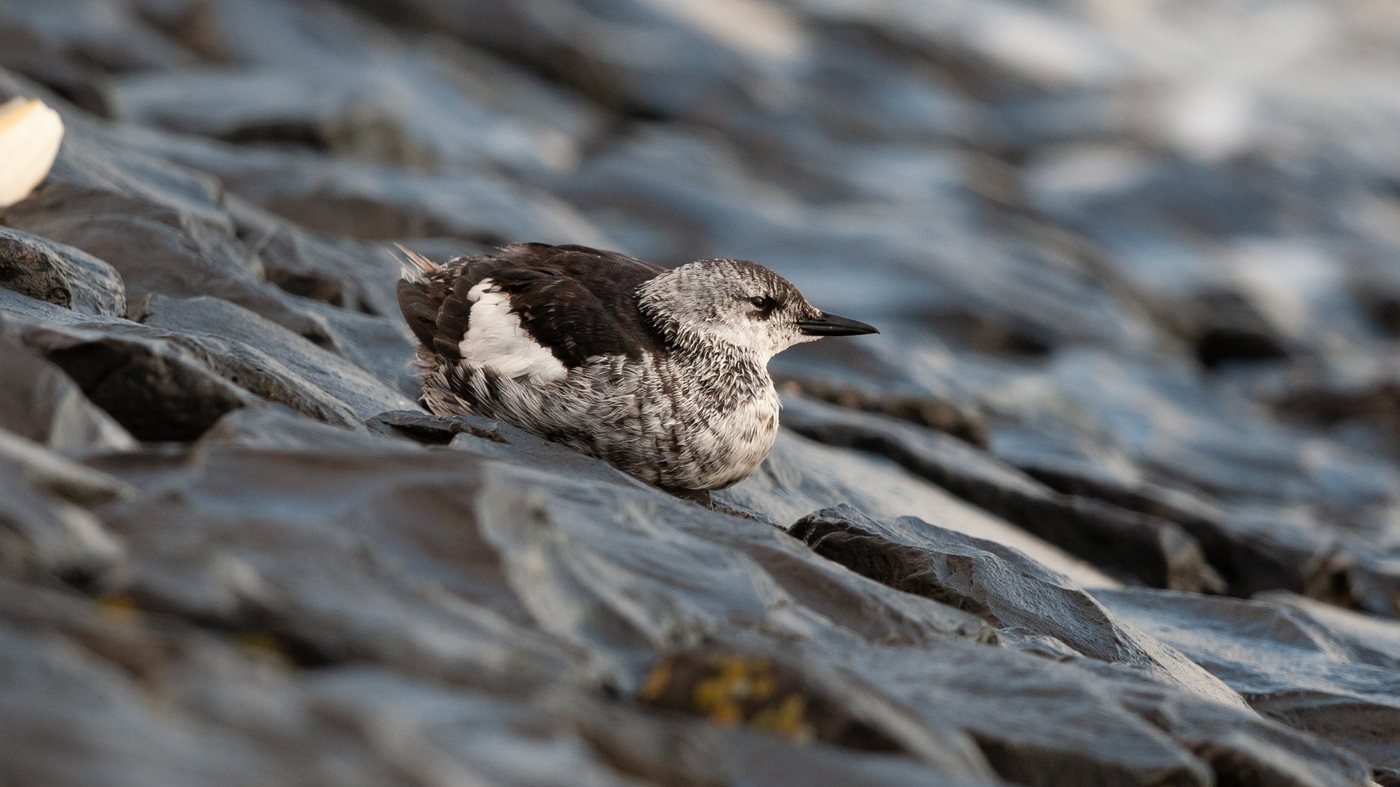 Despite the weather it was a very rich bird weekend with some good species. The Red-breasted Flycatcher counted for the year list that has grown to 311 species. I could also list three new monthly species: Red-rumped Swallow, Black Stork and Black Guillemot. The species list for the trip stands at 97 species!