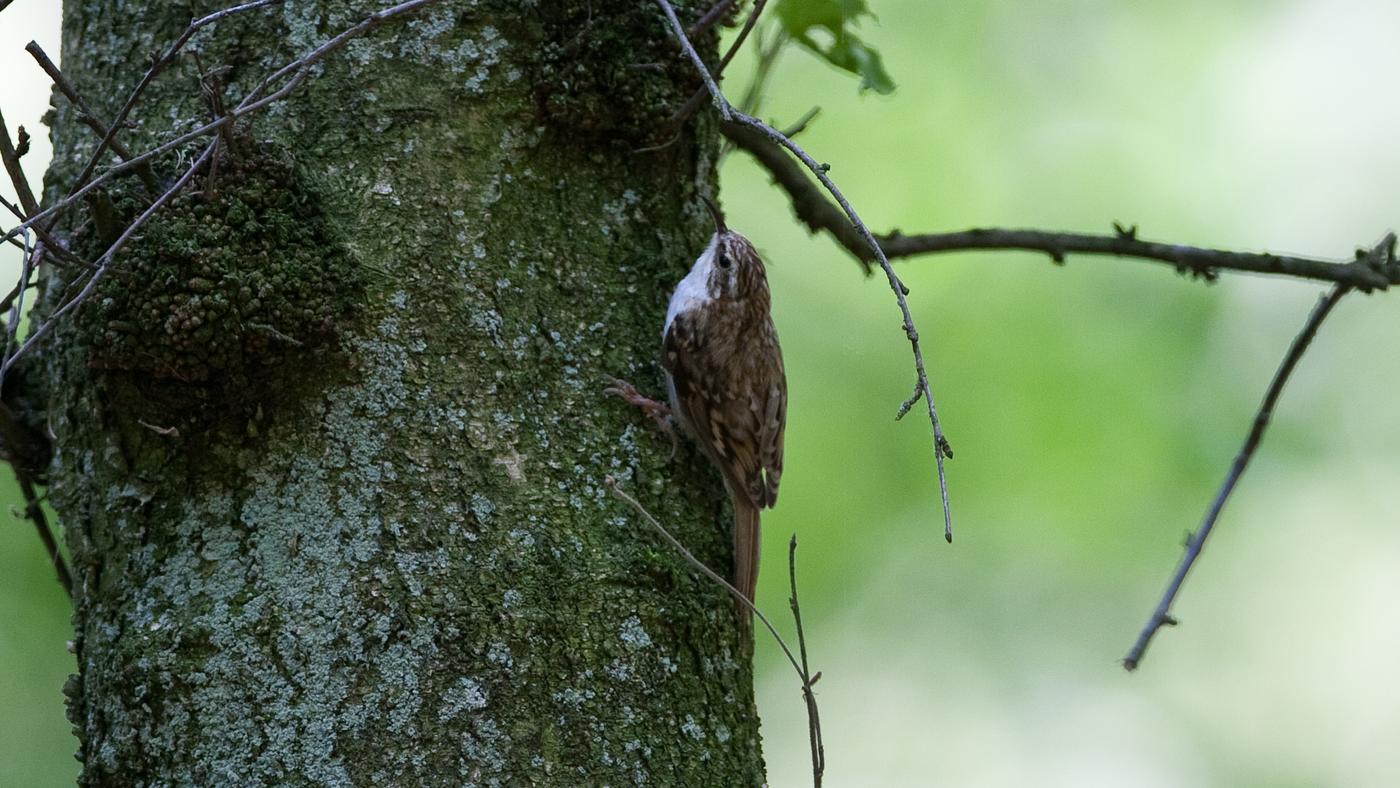 Also today was marked by the annual list. Limburg harboured a few that I had not and the presence of a Melodious Warbler was an extra motivation to go this way. We wanted to leave at 7 am in the morning. Alwin came to Uden and together with Jan Verhoeven and myself we headed for Limburg.

First stop was the Enci quarry near Maastricht for an Eagle Owl. After a coffee stop we arrived at the mountain. After a short hike, we looked out over the quarry. There was heavy vegetation and despite intensive tracking we could find no trace of the Eagle Owl. Nice was a Siskin that flew over. Next stop was the Eijsder Beemden. A walk in the area yielded a Green Woodpecker and a Marsh Warbler. 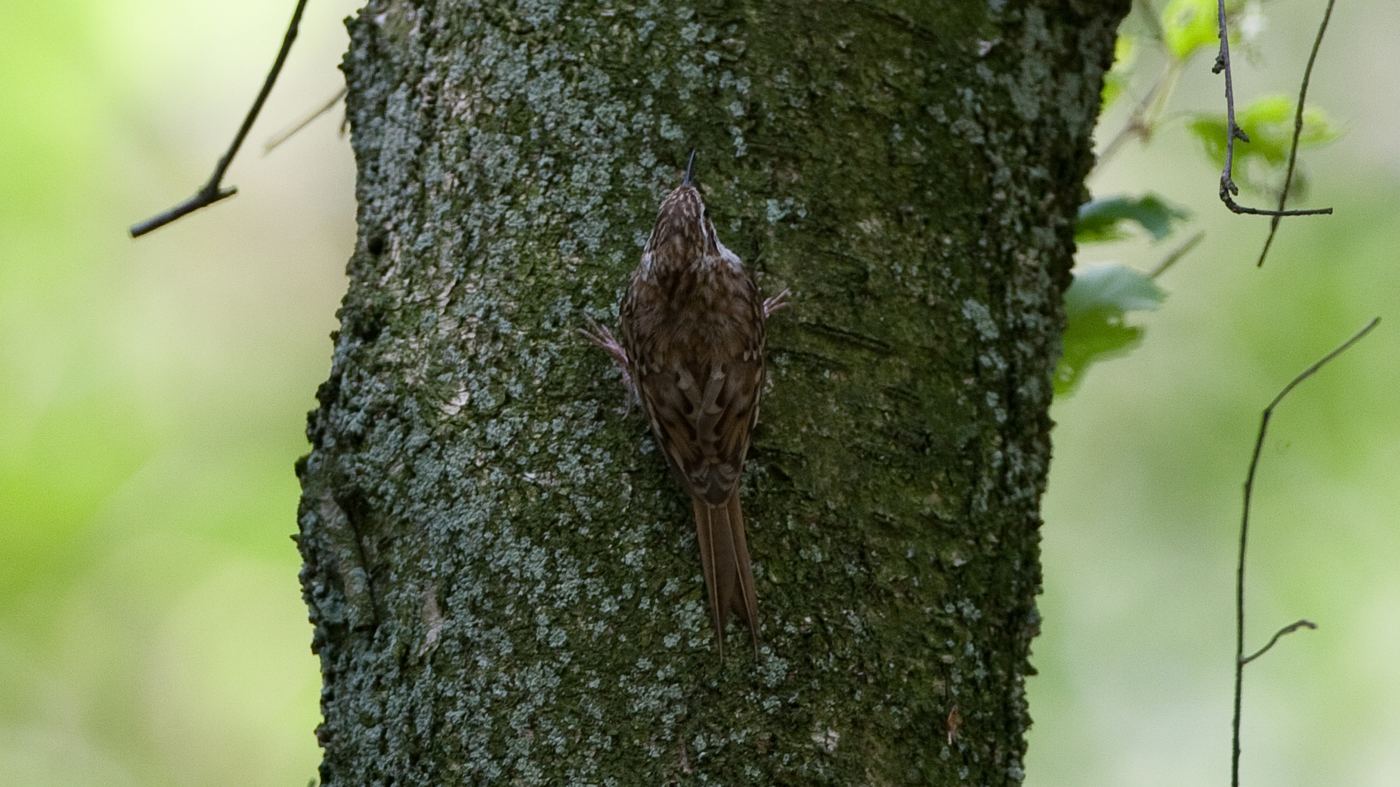 We drove on to the Eperheide where yesterday a Melodious Warbler was reported. Not too far from Maastricht and after a quick ride, we parked the car in a bank. Here we had a short walk. We heard the Melodious Warbler (265) singing from a distance and with binoculars we saw him up into a bush. The sun was shining and it was now pleasantly warm. We took some distance shots. A Marsh Warbler stimulated the Melodious Warbler to more songs and we stayed here at least another half hour.

The Kerperbos near Vaals was the next destination. Alwin had briefly discovered a Common Treecreeper here and I had not had one this year. In the forest, the car was parked and we were on foot. A narrow path was followed and we heard two singing Wood Warblers. A Firecrest was also noted by his singing. We tried to get the bird on a picture but unfortunately with no success. Not far from the Firecrest we heard the Common Treecreeper (266) singing. After some research we saw the bird we could take some pictures. It was now after 12 hours and we wanted to find a Middle Spotted Woodpecker. Destination was the Hamert where also a Black-winged Stilt was reported. On the way towards here we wanted to check a place for European Bee-eaters. After an hour we arrived in the region and it was not long before we saw three Bee-eaters (267). 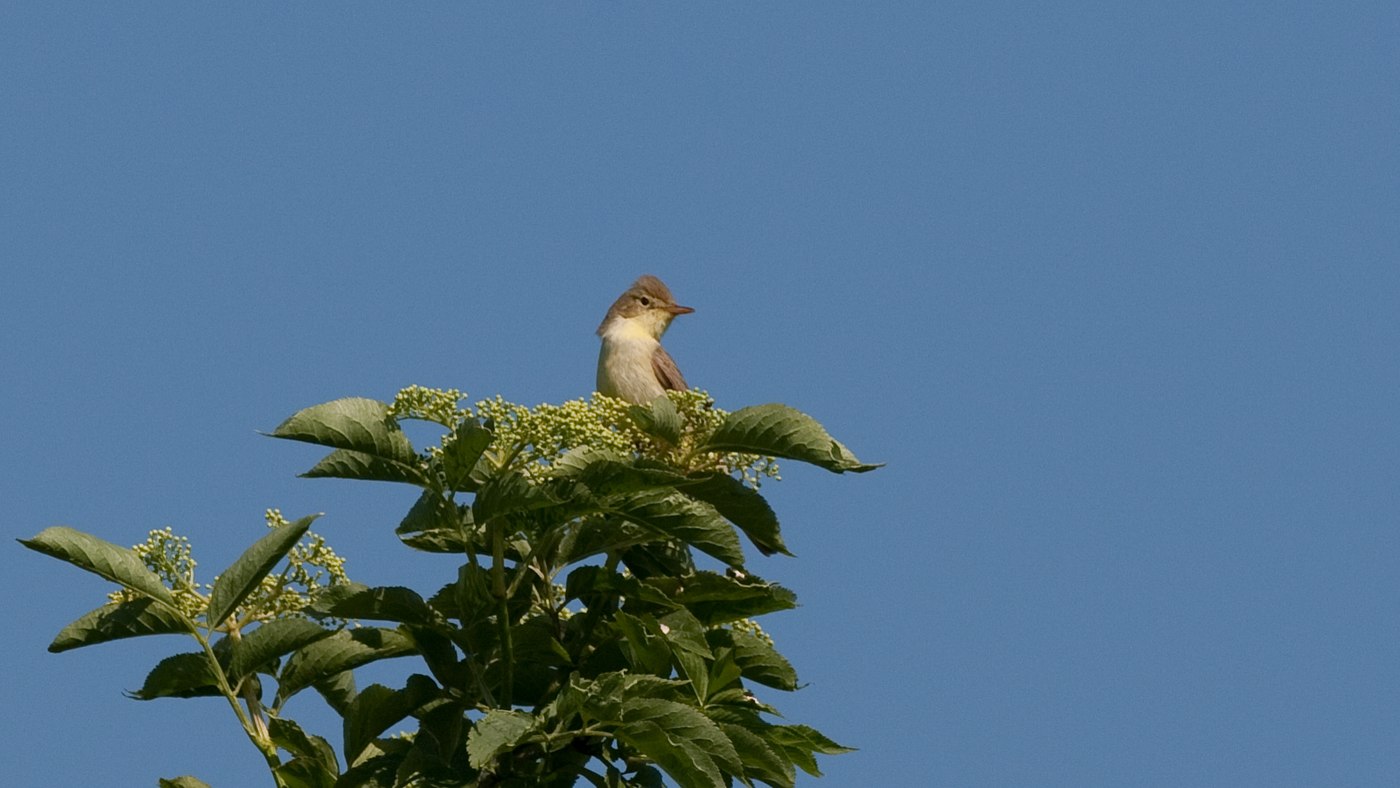 The rain radar indicated thunderstorms which were fast approaching from Belgium. We drove quickly further and after some searching found the Black-winged Stilt. The Middle Spotted Woodpecker was reported this morning in the south Hamert. The sky looked threatening on arrival. After a short walk I saw a Middle Spotted Woodpecker (268) in the tree tops. The bird was flying moving fast. A Lesser Spotted Woodpecker came flying toward us and landed into a tree. Because it started to rain we went back to the car.

A fairly successful day with 74 species including 4 new for the year. For the Eagle Owl I'll have to go back another time.