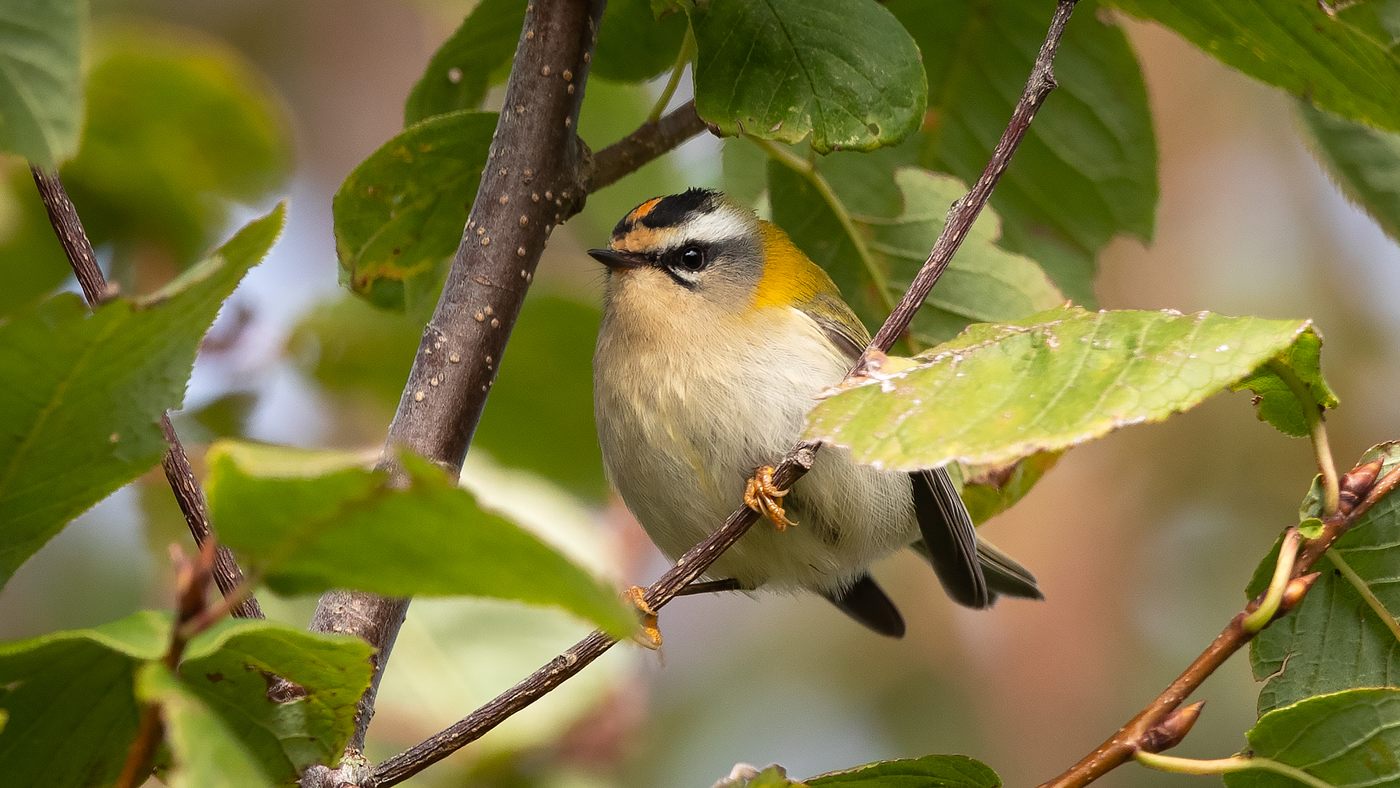 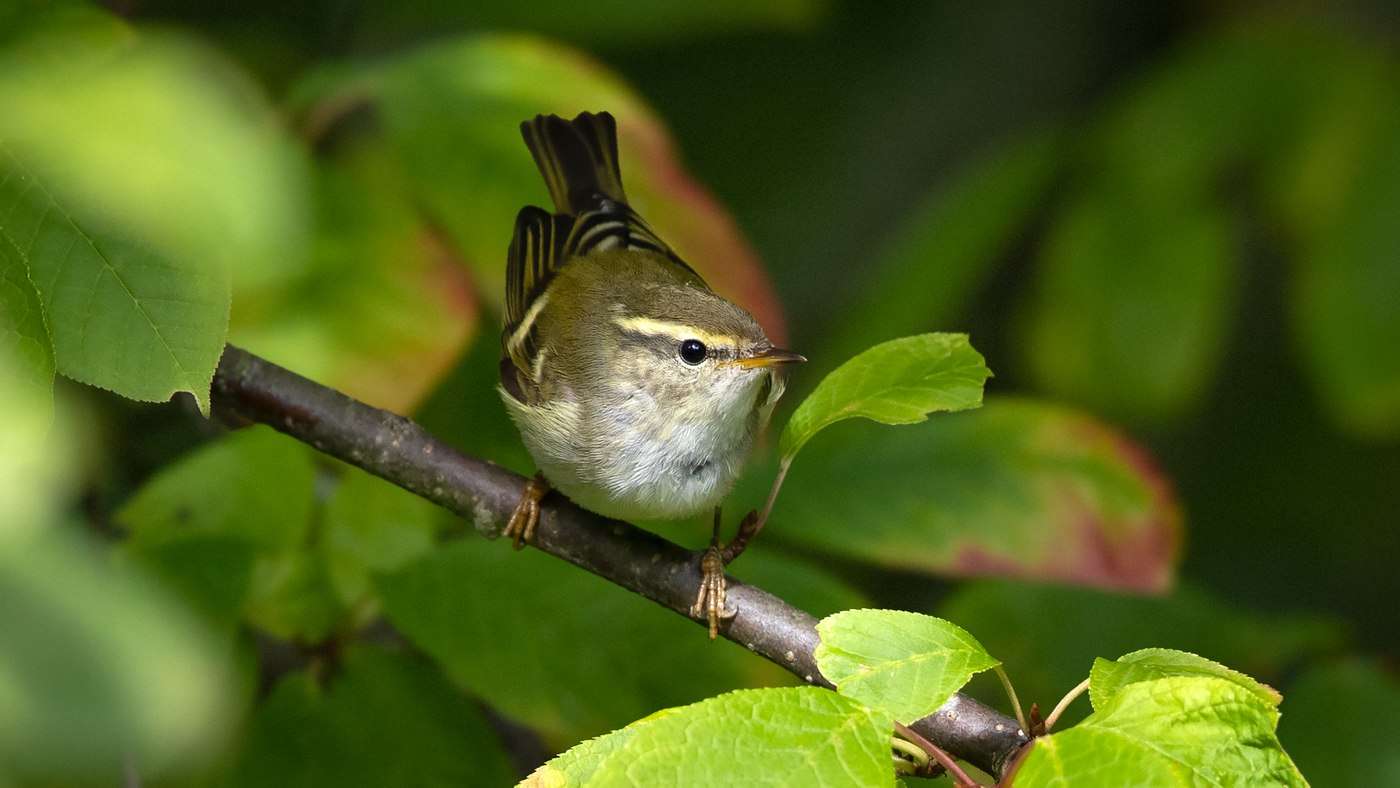 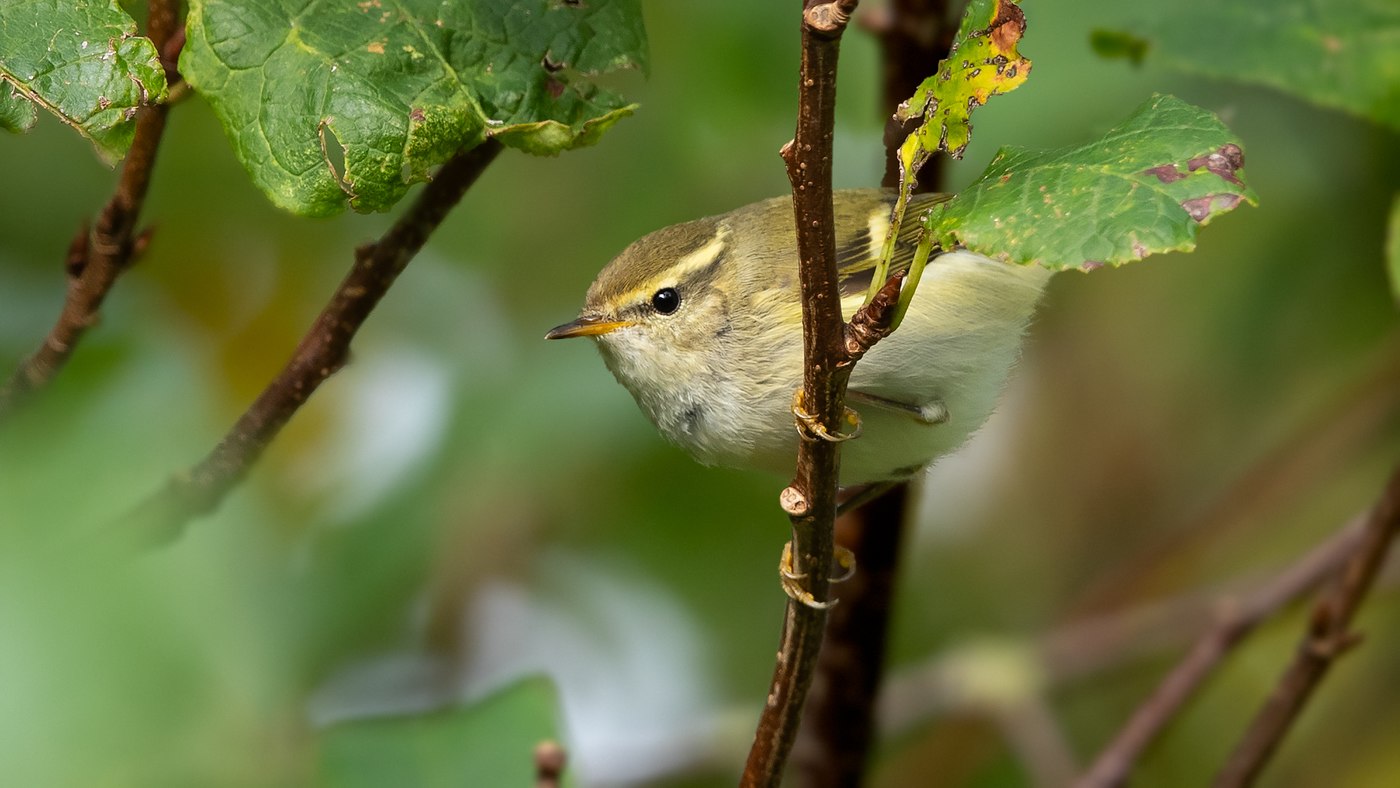 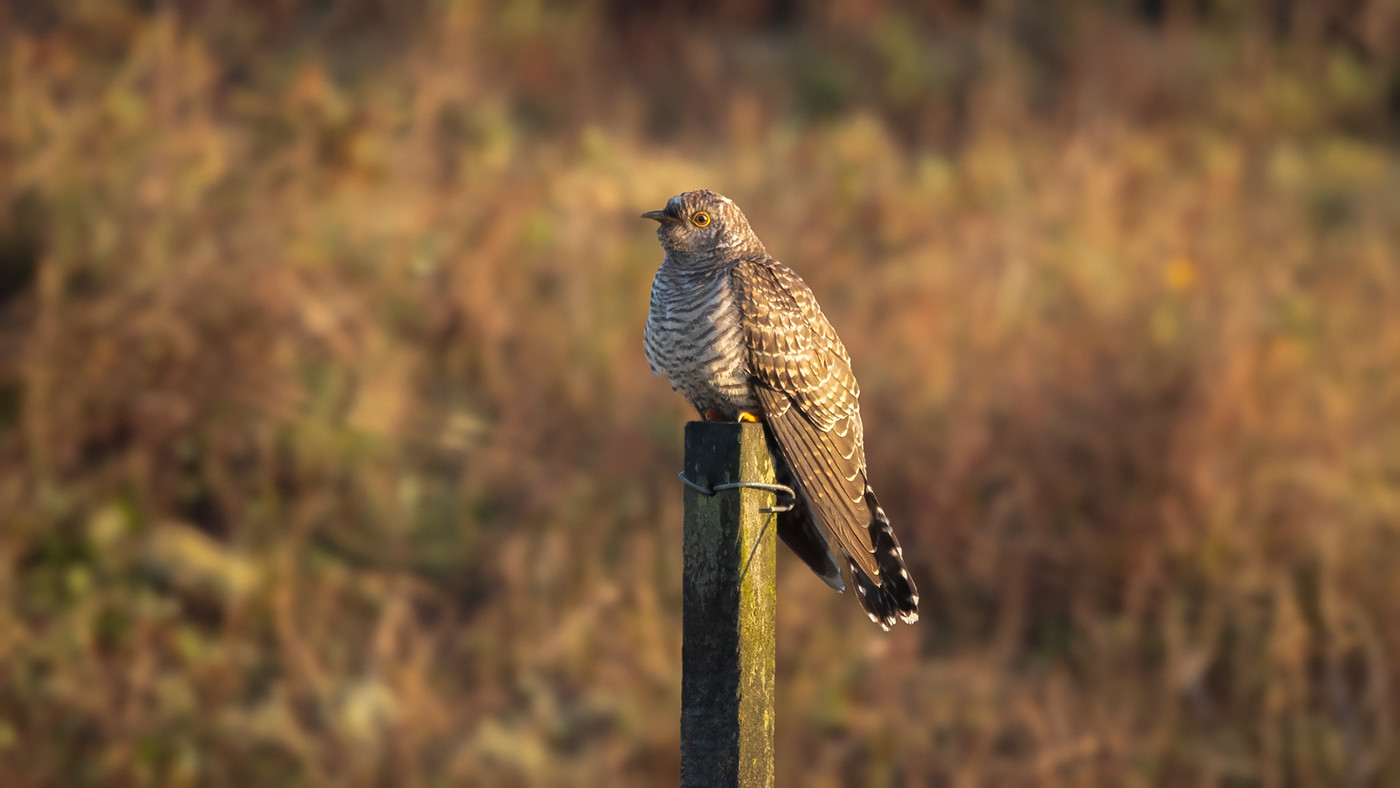 The day before we left, a Greater Flamingo was discovered and a Blue-winged Teal . The Greater Flamingo still counts for our Texel list so that was the first bird to be visited. The ride to Den Helder was not without traffic jams and around 11 o'clock we picked up Diedert Koppenol and drove on to the harbour. The 11.30 am boat brought us across the street and we immediately drove to the "Prins Hendrikzanddijk" where the Greater Flamingo had to be seen. Because this is a completely new nature development area, we had to search. Once we were in the right place, the bird was gone, probably due to two kite surfers. Not much later it was announced through the Texel appgroup that the bird could be seen clearly from another location. After a short ride, we were able to put the first nice specie of the weekend on the list. The next stop was the Krimbos. We took a long walk here, which resulted in a few flock of birds. Mainly Tits , Goldcrest and a Yellow-browed Warbler, the first for our annual list. The previously reported Blue-winged Teal was reported and of course we also had to do that. It took a while but in the end we could also add this. 2 Whooper Swans that sat along the Oude Weg also counted for the year list. 2 Long-tailed Ducks were seen in the mouth of the Mokbaai. This also counted for the Texel list. It was now 6 o'clock and time to eat pizza. 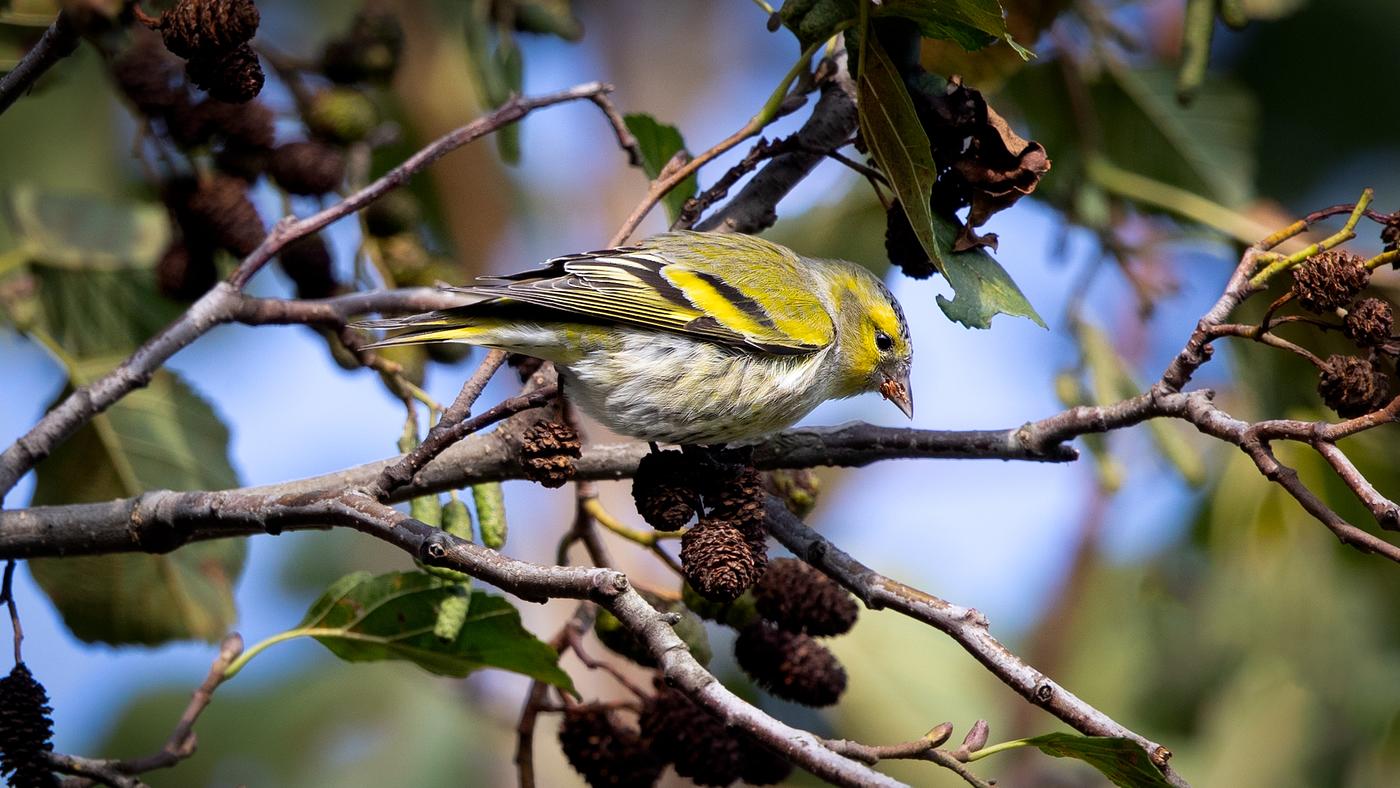 The next morning we got up with nice weather and a gentle southeast wind. Ideal circumstances and around our house plenty of Song Thrushes flew. A Yellow-browed Warbler was actually heard in the garden. We wanted to start in the woods near the Koog, but we could not ignore a report from a Common Cuckoo . A very good species for the monthly list and we were happy when we saw the juvenile Cuckoo sitting on a pole in the morning sun. After some consultation, it was decided to walk around the Staatsbossen. We chose a piece on the edge of the forest. The air was filled with Song thrushes , Redwing , Eurasian Siskin and other stuff. A group of 55 Eurasian Jays flew in from the sea, a wonderful sight. The first Brambling of the fall was heard and the first Fieldfares were seen. A Woodlark apparently did not yet realize the time of the year and was still singing. Although the walk was successful, it didn't really yield much. We decided to drive to Den Burg where a group of Yellow-browed Warblers could be photographed well. It was very busy here with bird watchers and the Yellow-browed Warblers were barely visible. A Eurasian Siskin who posed nicely for the camera more or less compensated for the photo expectations. During our twitch to the Common Cuckoo , Alwin found a Rosy Starling at the Lighthouse and that became our next target species. A large crowd indicated the location of the Rosy Starling and it was simply added to the list. We set sail for the Krimbos where a long walk was made. A different place was chosen than yesterday and due to the good weather the birds were noisier than yesterday. Many flocks with a few Yellow-browed Warblers in between was the main part. Nice but the stunner we were looking for did not arrive. On the return walk to the car a White-tailed Eagle was reported flying from Vlieland to Texel. A new Texel species for us so we quickly drove to the Volharding where we could wait for the bird. A nice group of Common Buzzards who also crossed over could be followed nicely and a Merlin shot over the dike. It took a while but also the White-tailed Eagle was now picked up in the distance. The bird followed the North Sea side and then crossed over to Den Helder at the southern tip of Texel. We drove back to the house in Prince Hendrik where we wanted to do some birding. Not a bad choice because in the backyard of the house we found 2 Yellow-browed Warblers and a Common Firecrest that were nicely photographed. 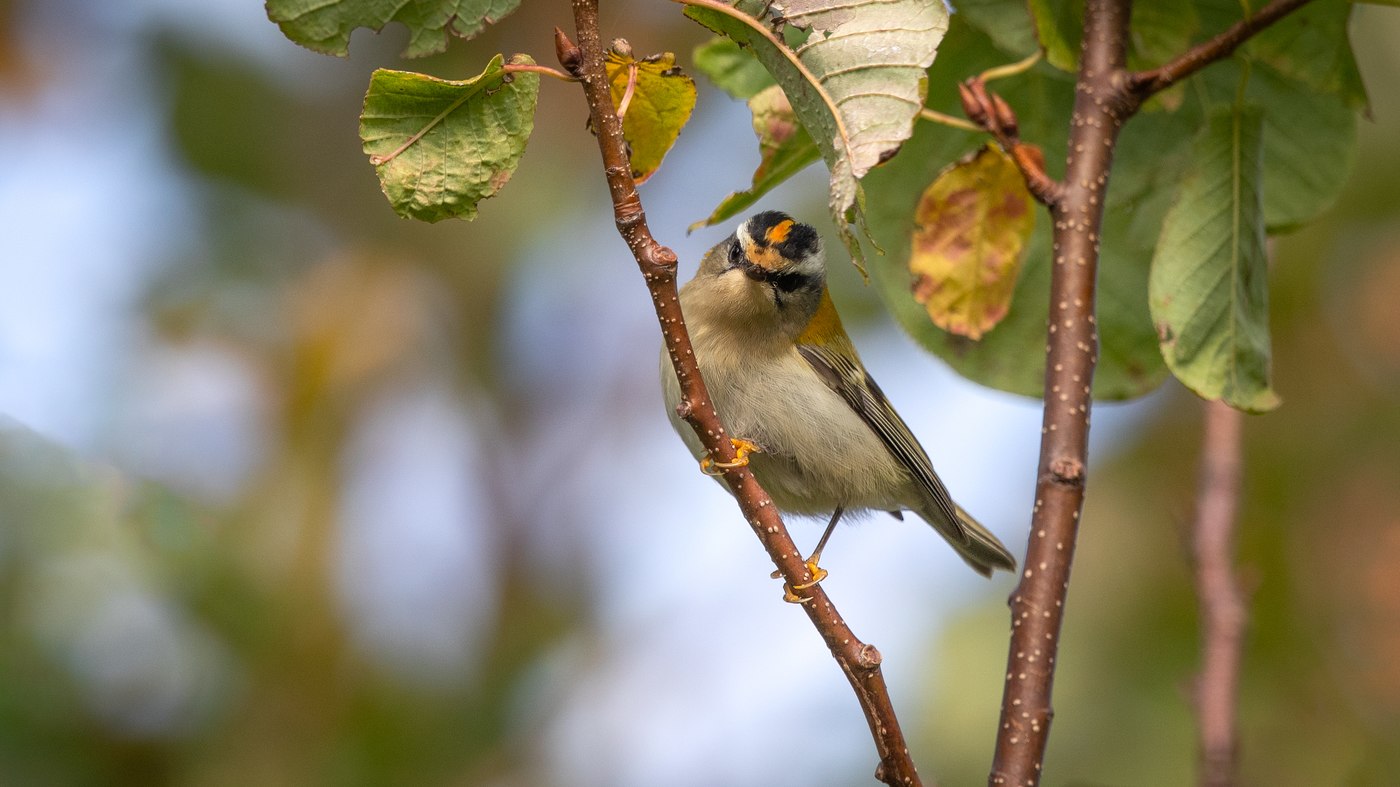 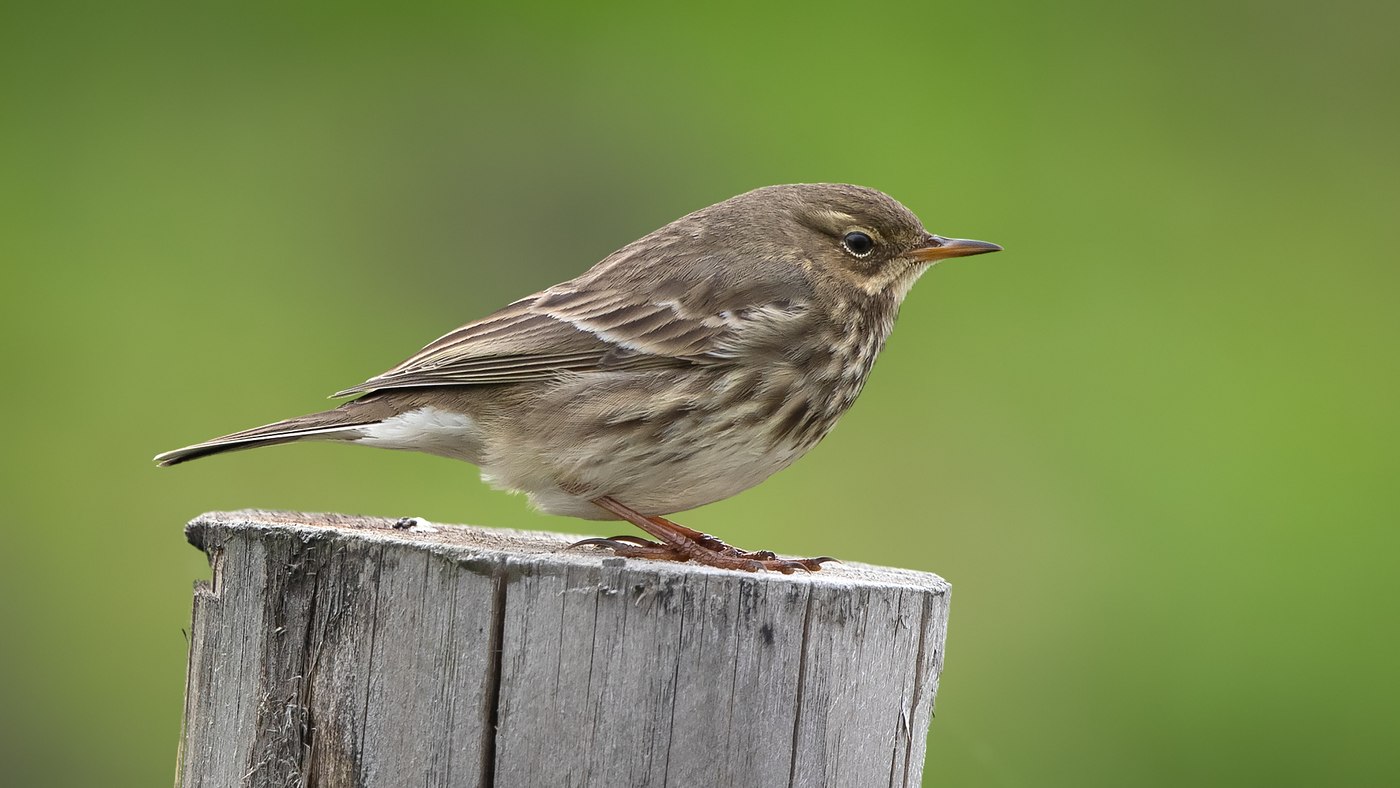 There was a strong wind on Sunday morning and the prospects for the rest of the day were not too good. A walk in the Krimbos seemed the best option. We took a long walk but it was quiet in the forest. We visited the Mokbaai and found a late Common Whitethroat . 2 reported Snow Buntings were visited and were nicely photographed, they also count for the year list. A walk through Dorpzicht yielded another Yellow-browed Warbler, but otherwise it remained very quiet on the island. Fortunately, a Eurasian Dotterel was found that we visited immediately. A nice first winter bird could be viewed at some distance. The weather conditions were so bad now that we decided to return to the house. At 6 o'clock the prize for the best specie of the weekend was presented in which I had to be present. Alwin's Rosy Starling was not improved anymore and I didn't mind giving him the prize. 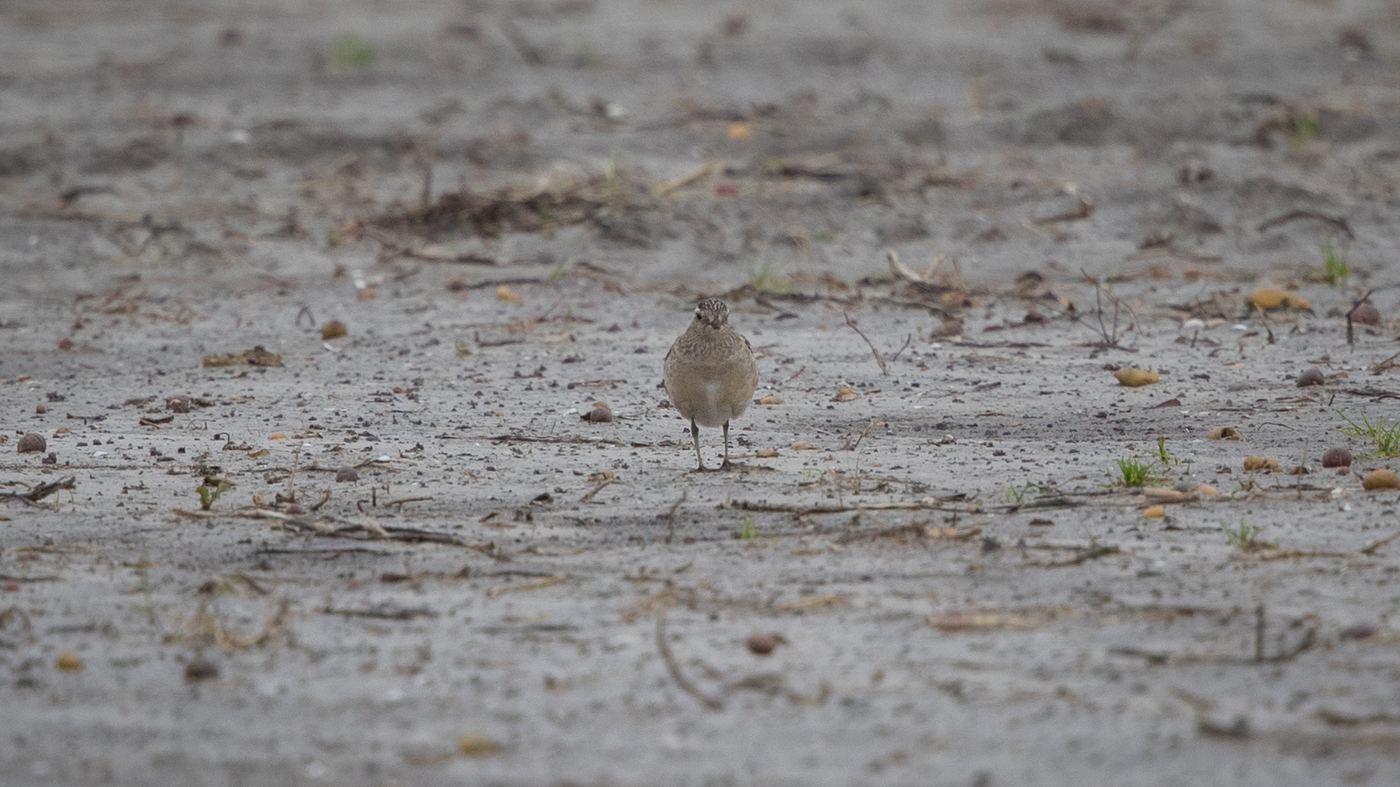 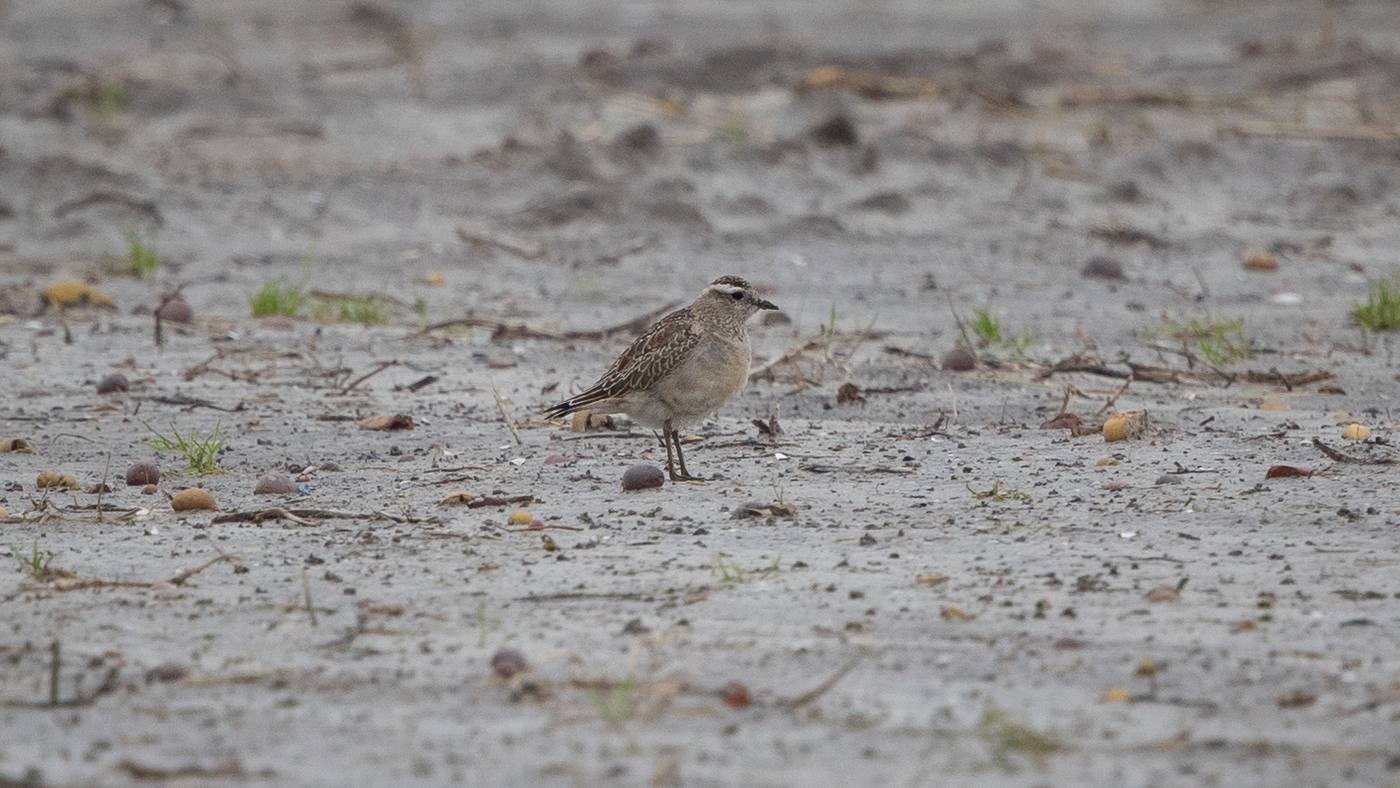 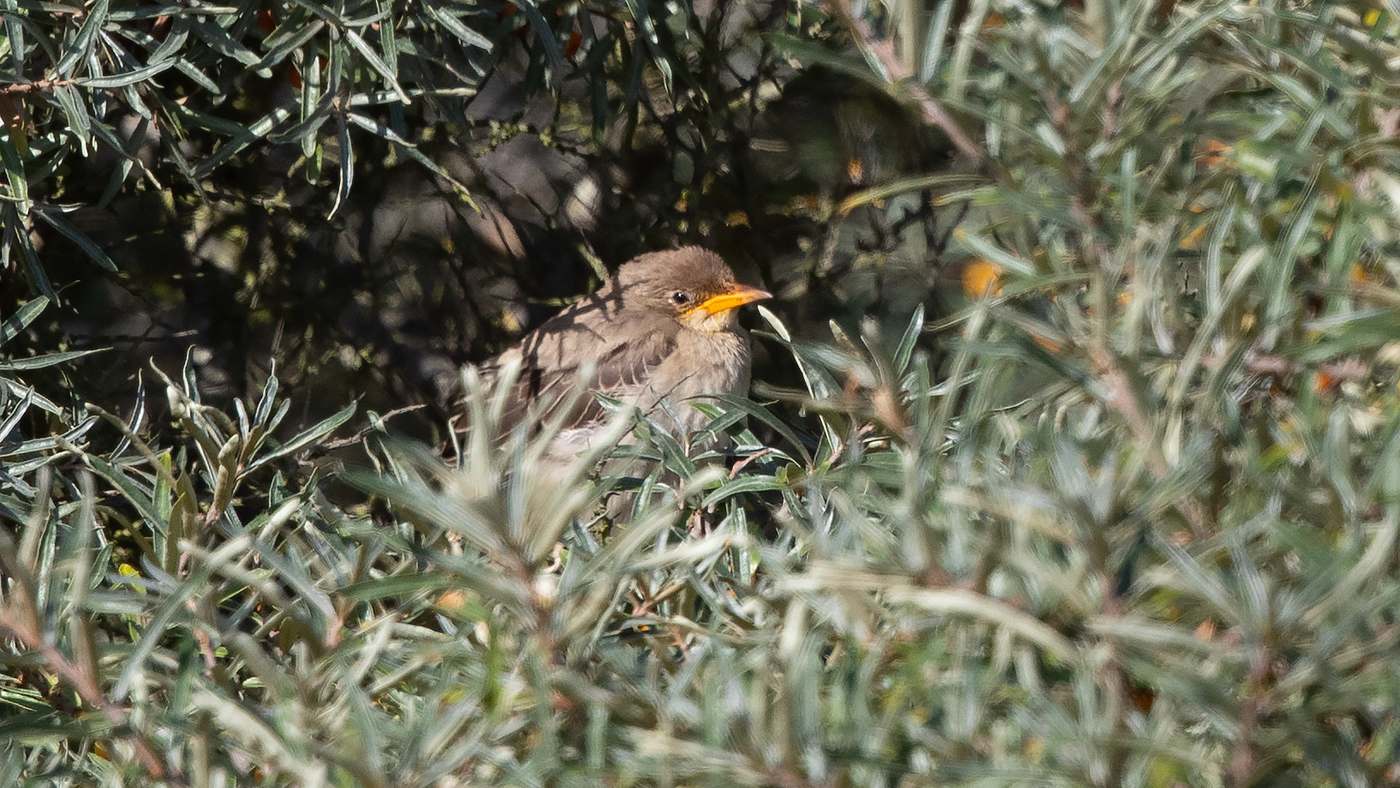 Monday morning expectations were high on the island and so did our migration site. A difficult choice what to do. We decided to stay on Texel the morning in the hope that a stunner was found. We ourselves made a walk through the Krimbos, which resulted in a Ring Ouzel . The island remained silent and good news from the migration site made us decide to leave Texel around 10 am. During the crossing messages of good numbers Common Buzzards came through from the site. A traffic jam caused by a fire along the A2 motorway bothered us and around half past one we arrived at the migration site. Just in time to pick up at least 200 Common Buzzards and 9 Red Kites . It was a great day for the site with the third count for the Common Buzzard with 482 copies. For a complete overview of the count click here. 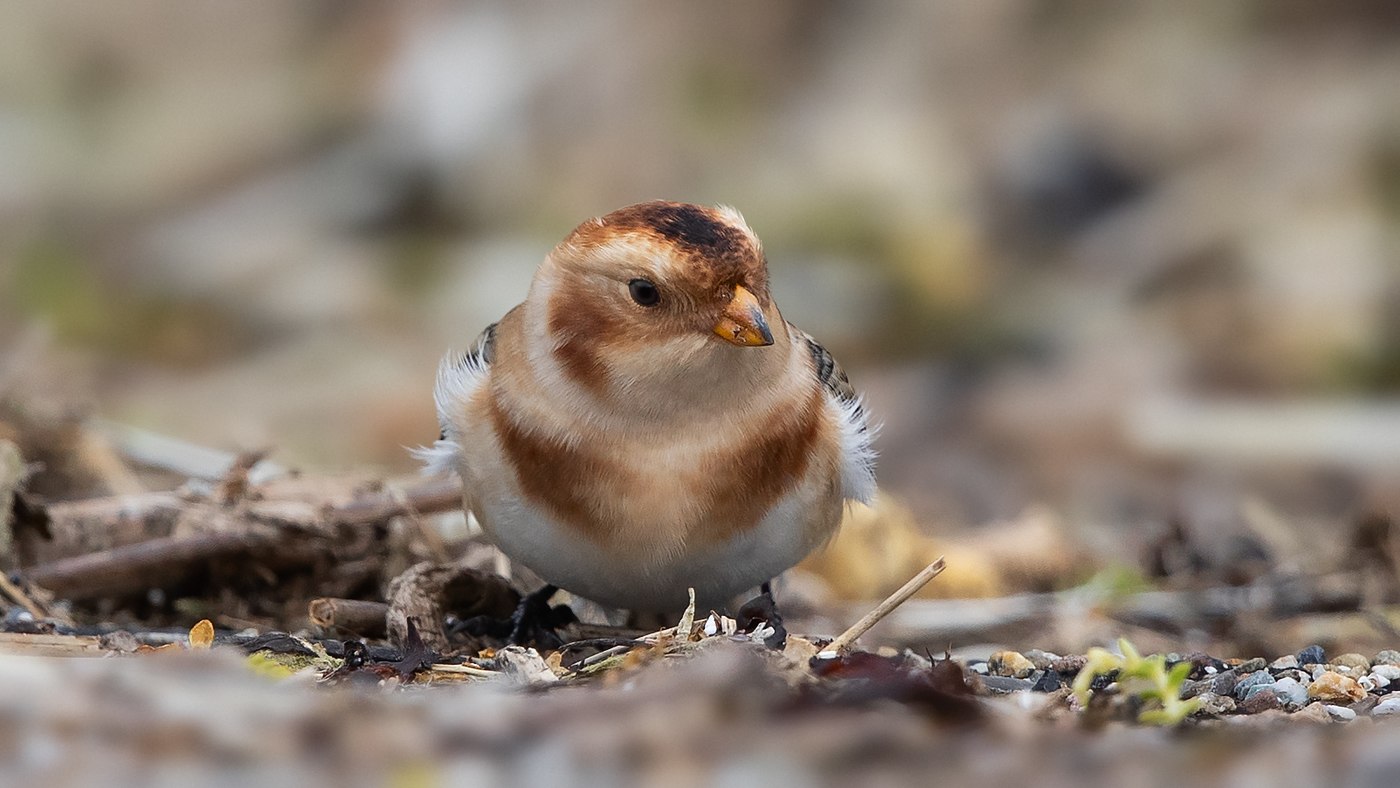 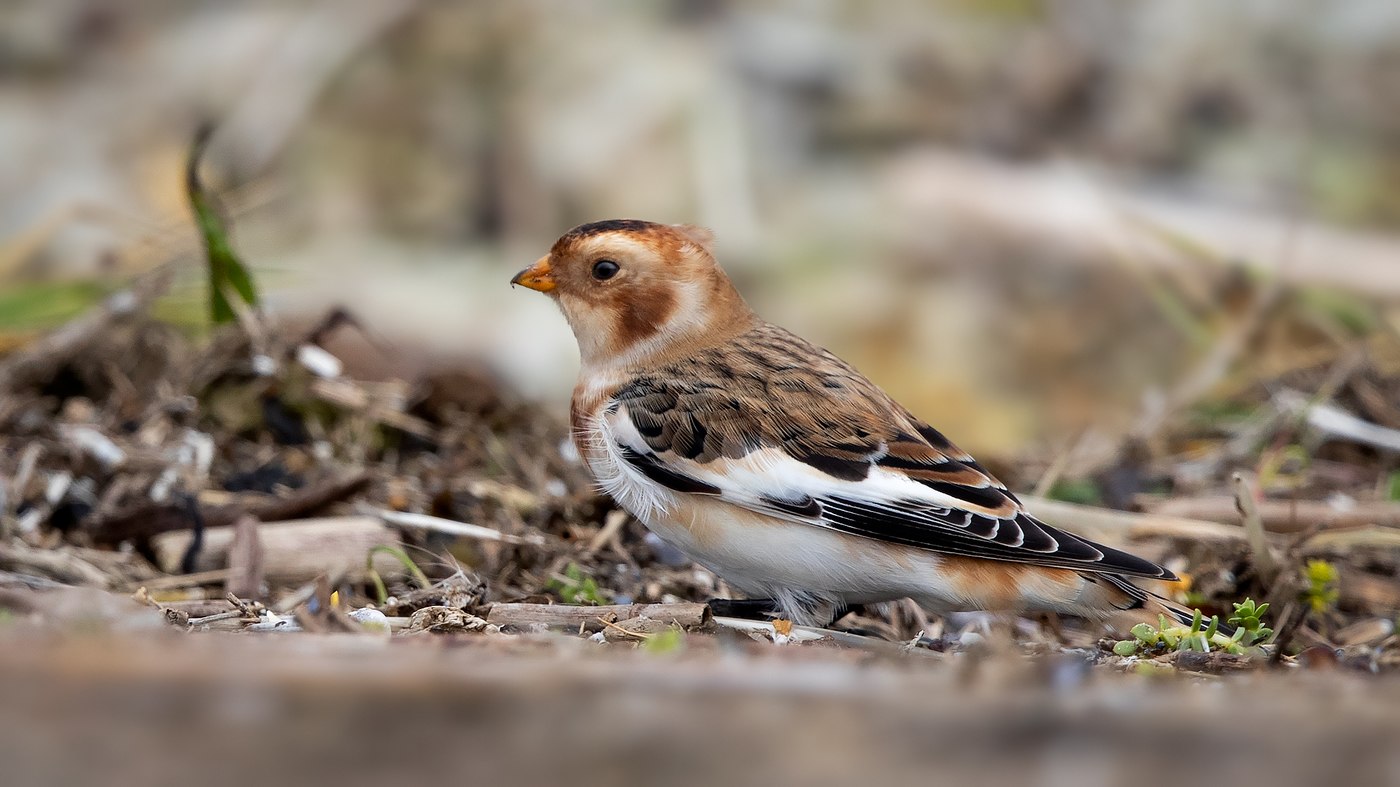 Despite no stunner, it was a successful weekend with 3 new Texel species and a total of 102 species for the weekend.