Lesser Yellowlegs in the Lauwersmeer 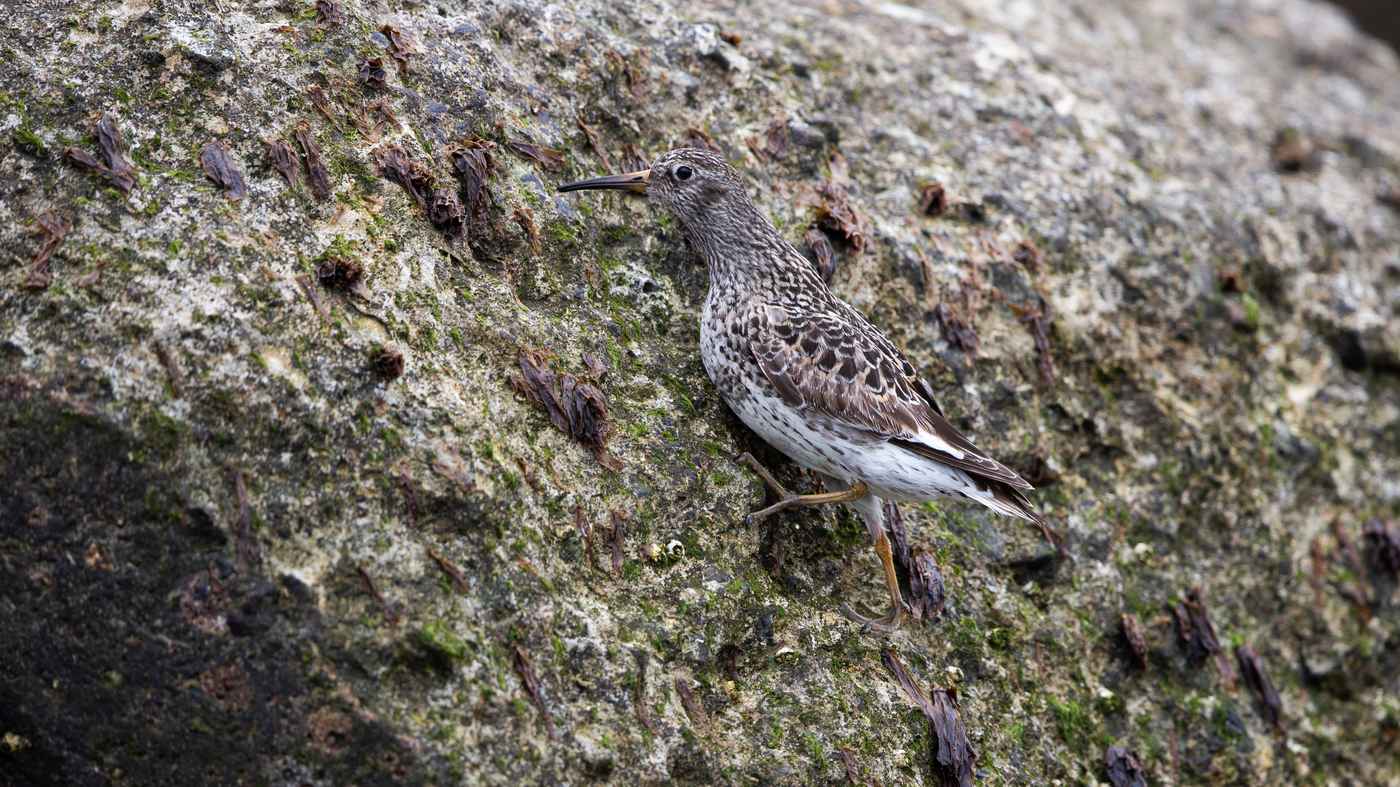 Sunday was in the context of the month list. A list was drawn up together with Pieter: Smew, Goldeneye, Purple Sandpiper, Corn Crake, Long-tailed Duck and Shag. We decided to start in the Flevopolder with the Corn Crake which still counts for my year list. At 7 o'clock I picked up Pieter and Maartje at a carpool place in Huizen and we drove to Lelystad. Here a Corn Crake was heard immediately when we arrived. This was very easy and we drove to a spot for a Smew. 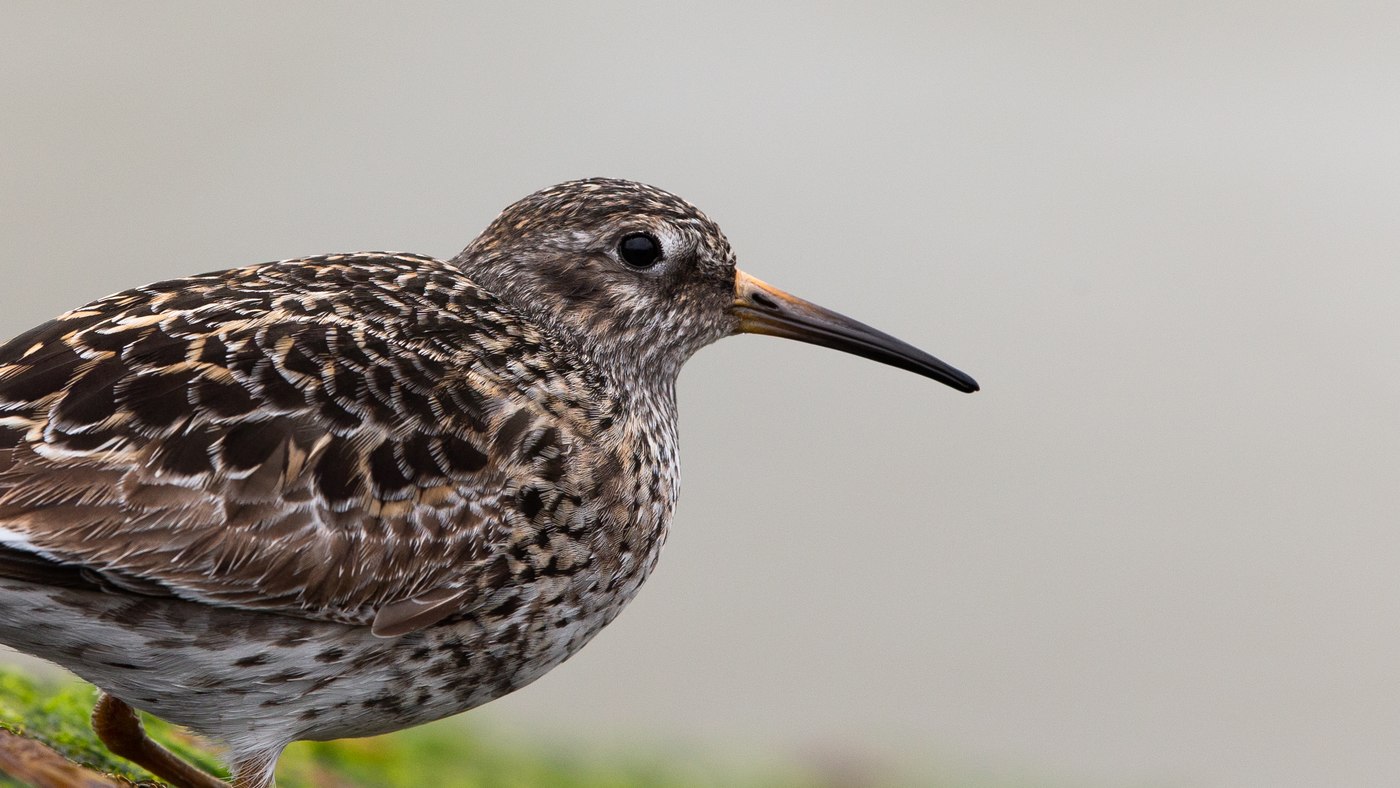 At the Harderbos this bird is regularly reported but he (it's a male) is not always in the same place. First we visited the spot where he was most commonly seen but to no avail. The second place, at a golf course, also was not with success. Instead we found a beautiful male Montagu's Harrier who had caught a mouse. We drove back to the Harderbos and took a walk to the Captain's cabin, here again was no Smew. We walked to another pond where the bird was sometimes reported but nothing was found. We had actually given up a bit when we saw a Smew swimming in a ditch near the car. This was a fluke and we drank a cup of coffee relieved. 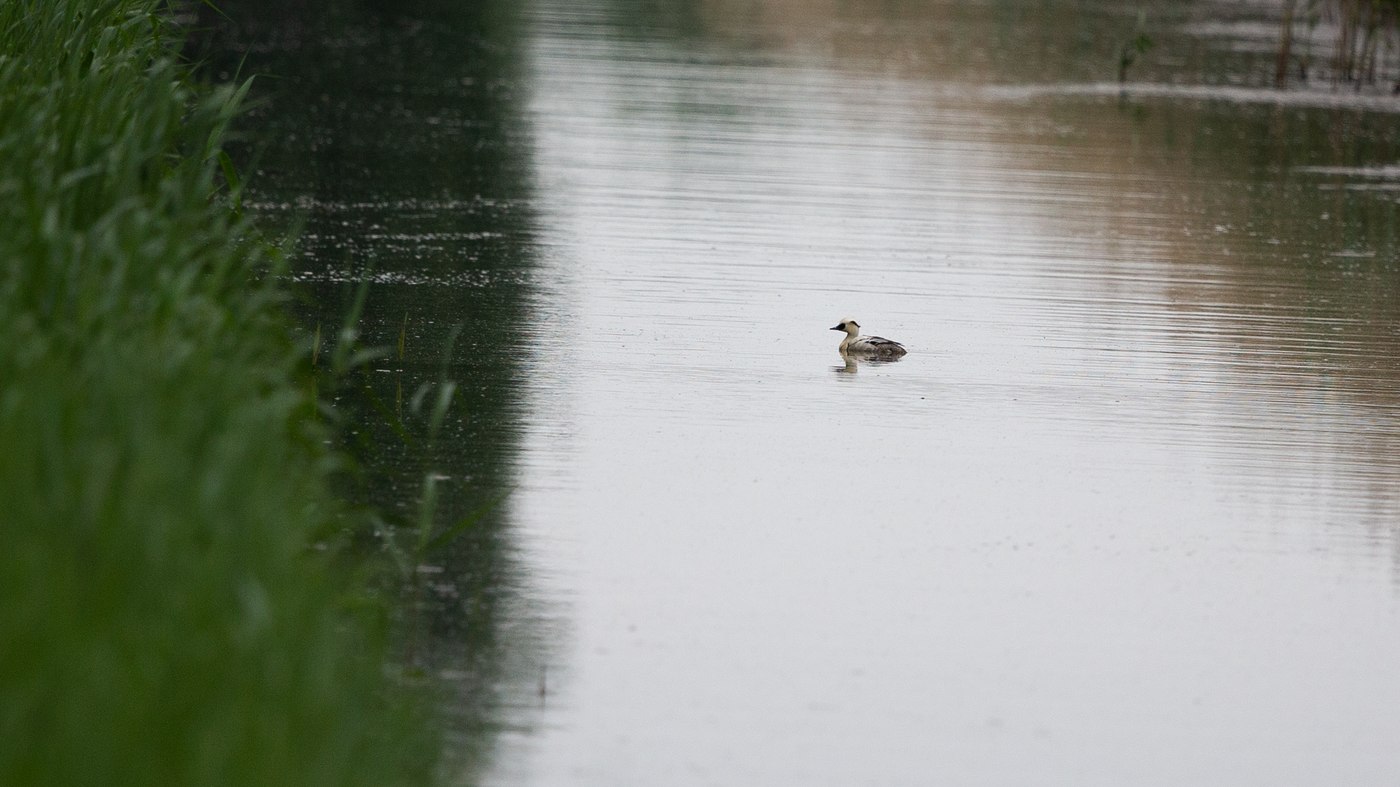 We talked about what to do and the choice fell on a Common Goldeneye sitting at a pumping station near Medemblik. After a ride of 45 minutes the car was parked and we walked up the dike. Pieter quickly found a female Common Goldeneye. A very large Tufted Duck caught my attention and this proved to be a female Greater Scaup. This bird still counts for my month list and happy I reported the bird on the Internet. We now proceeded to IJmuiden where we first wanted to try a Shag and then move on to the south pier for the Long-tailed Duck and Purple Sandpiper. The Shag was found quickly and we drove to the South Pier. The Long-tailed Duck was untraceable and we walked down the pier. More than halfway the pier I found a Purple Sandpiper which also was very photogenic. We searched the sea but there was not much more special. It was about 2 o’clock and with not many other options we would drive back to Huizen with an attempt for a Tawny Owl. 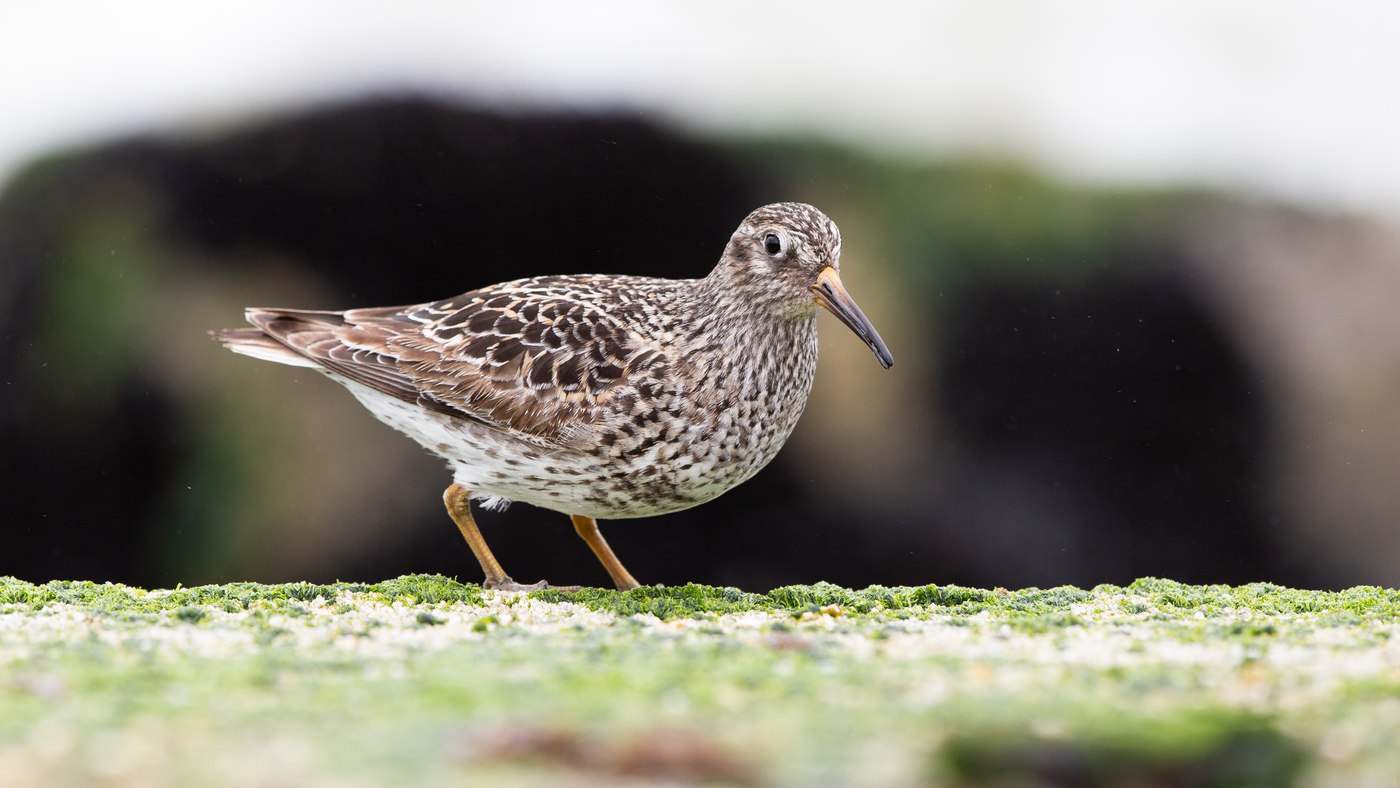 Except that there was a Lesser Yellowlegs reported in the Lauwersmeer. After a short deliberation we decided to take a chance. The route was set and the journey began. In the province of Noord-Holland we were plagued by road closures and it took a long time before we could turn up the A7. Then it went a lot faster. Somewhat to five o’clock we parked the car at a group of birders who had the Yellowlegs, at a distance, in view. So that counts! We said. Suddenly the wading birds flew up among them the Lesser Yellowlegs. When the birds landed they were a lot closer and there were some evidence pictures made. The Lesser Yellowlegs counts for both my year as a month list. 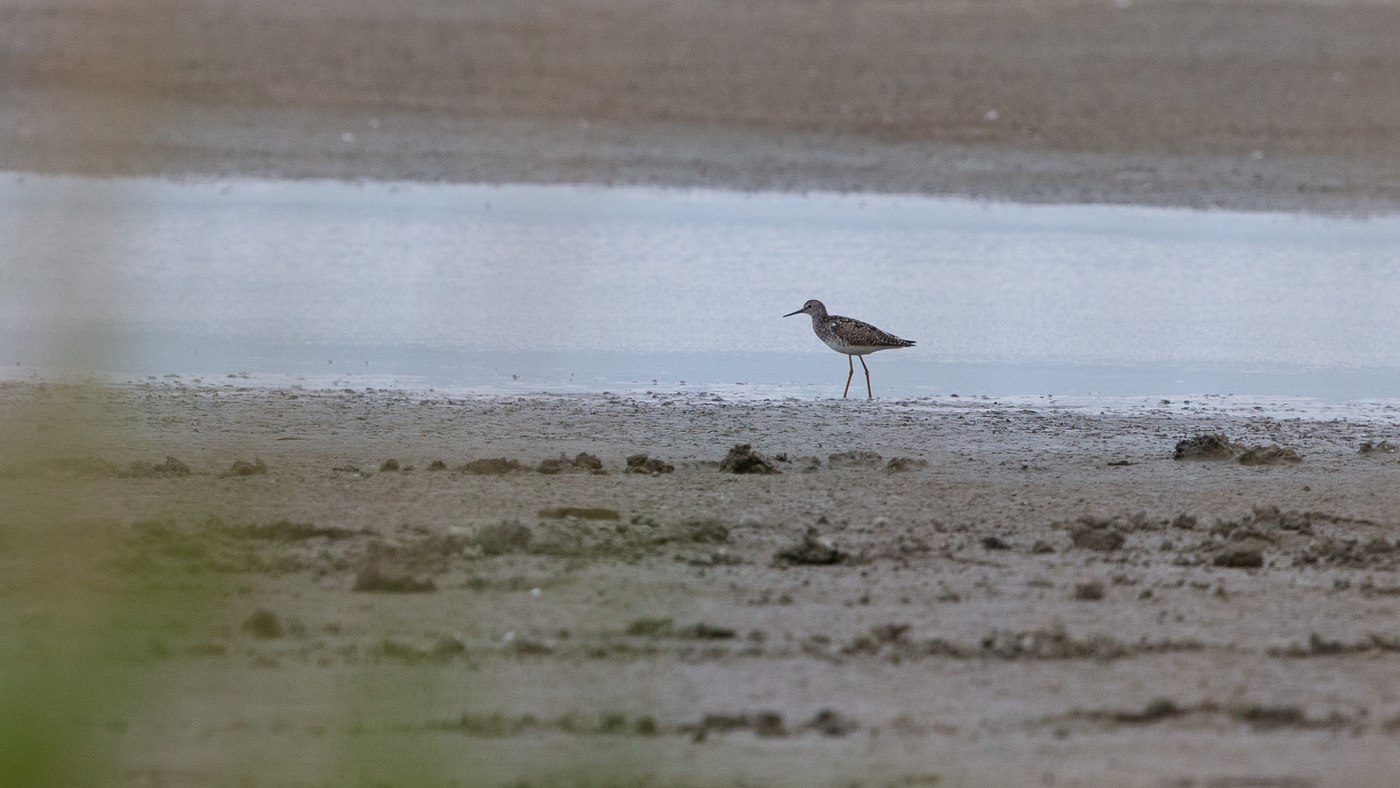 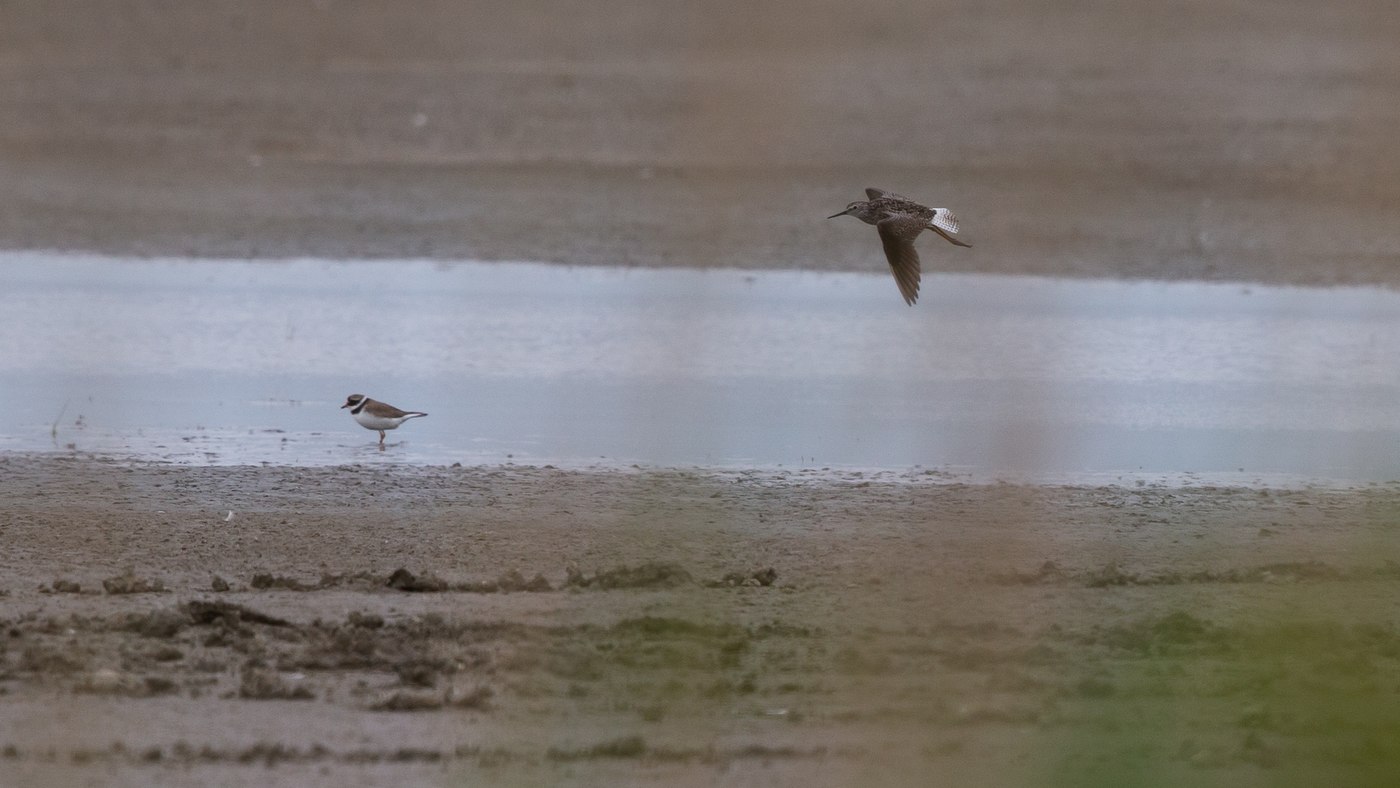