Lesser Grey Shrike in the Elsgeesterpolder 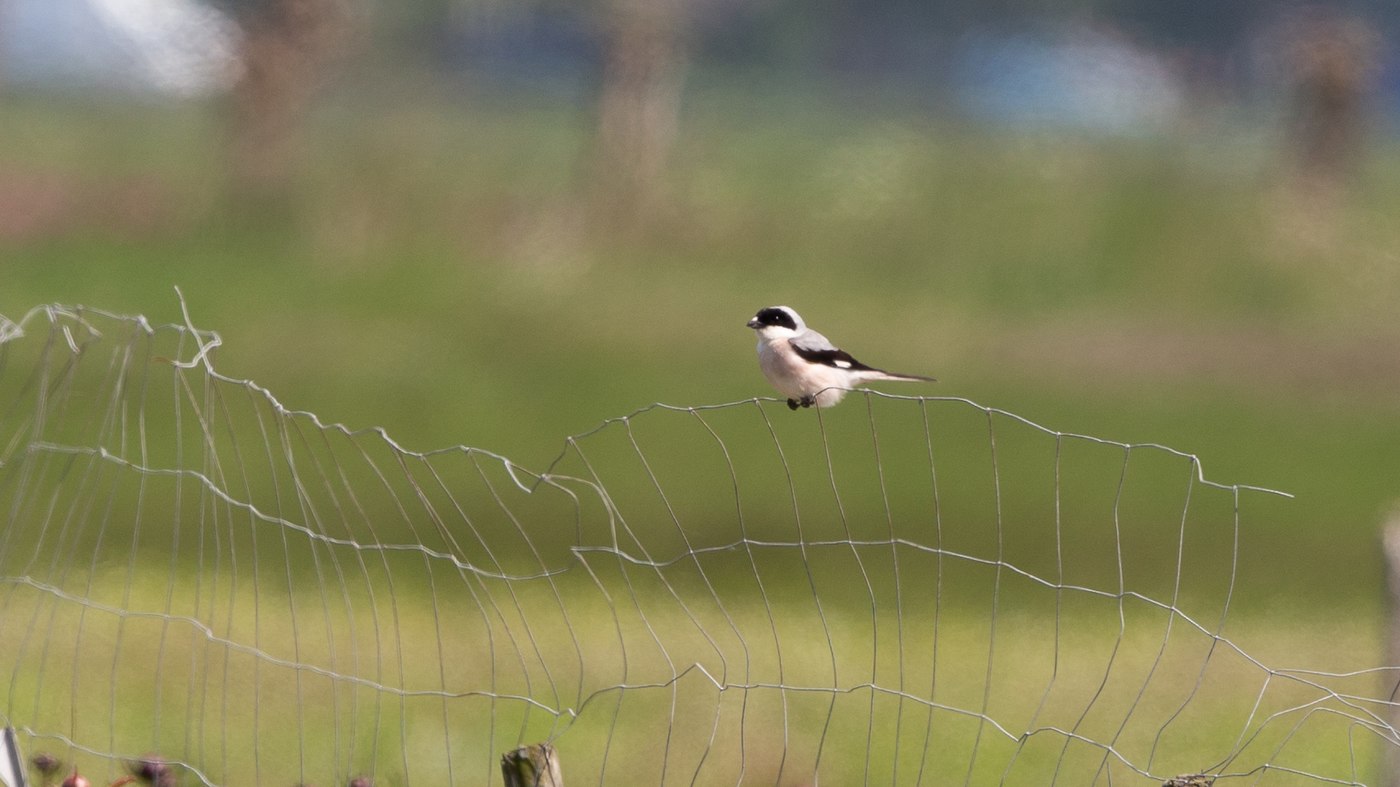 During a fall my camera has suffered damage. The Canon Mark III was 5 years old and I wanted this year to purchase the new Canon DX. This was now a little earlier than planned. Through the internet I placed the order and then immediately picked it up in Urk. The Lesser Grey Shrike which was found yesterday was a beautiful try out chance. 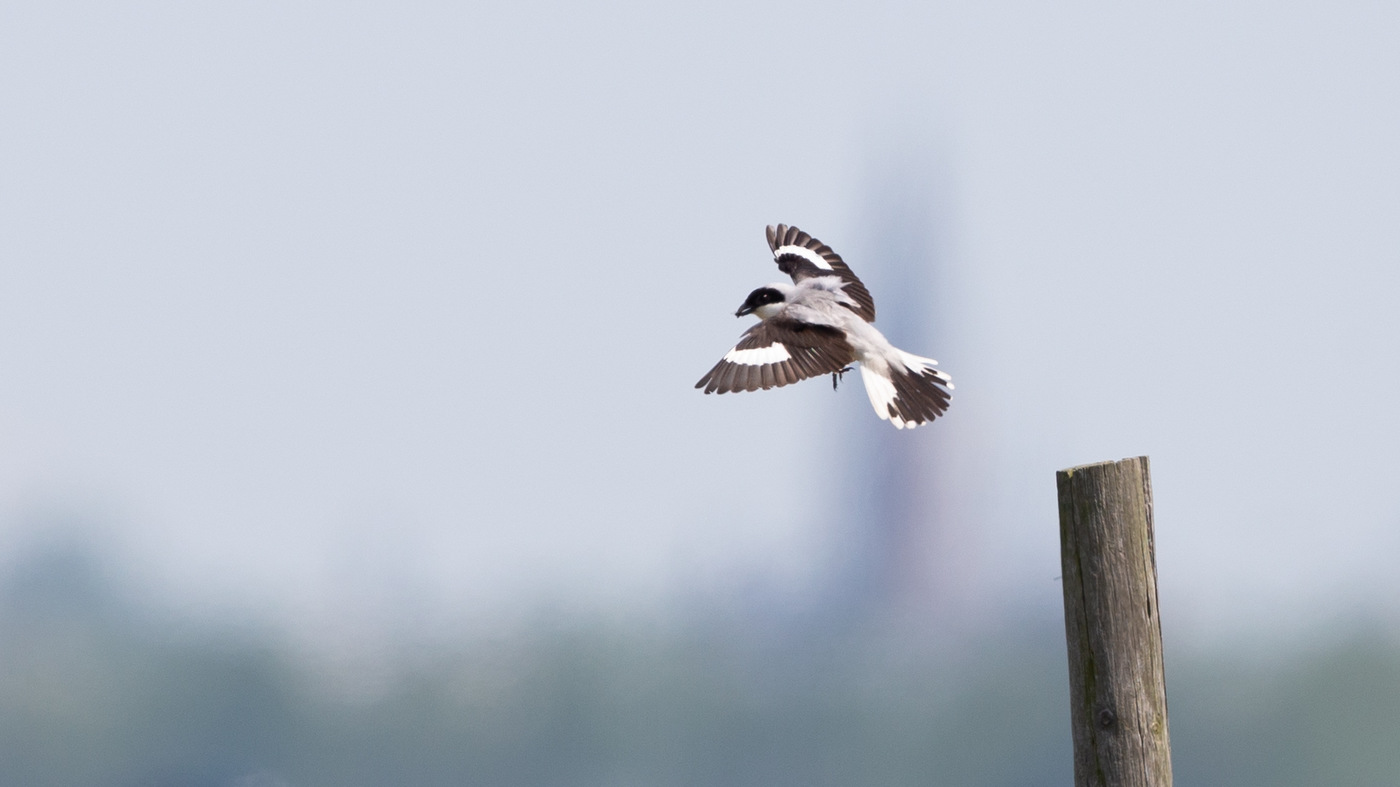 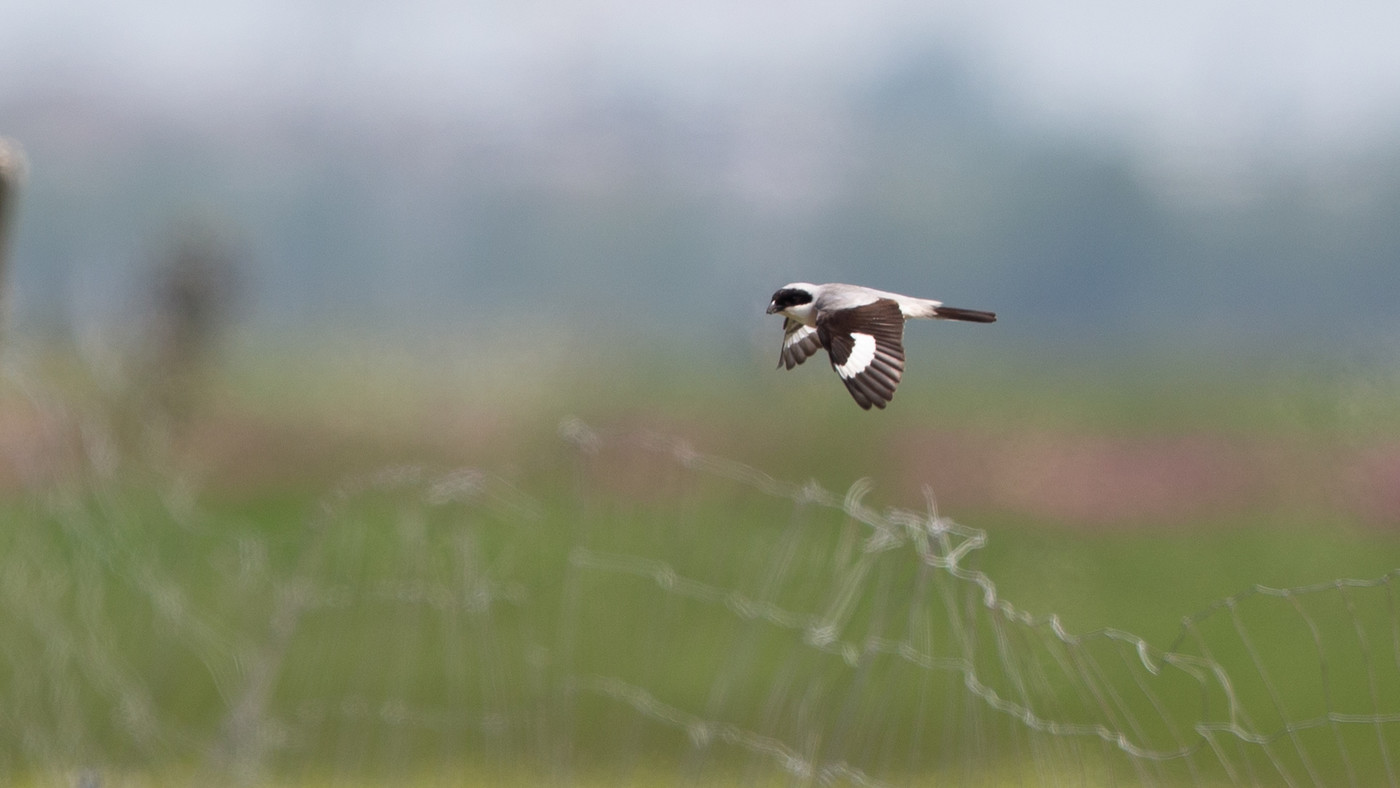 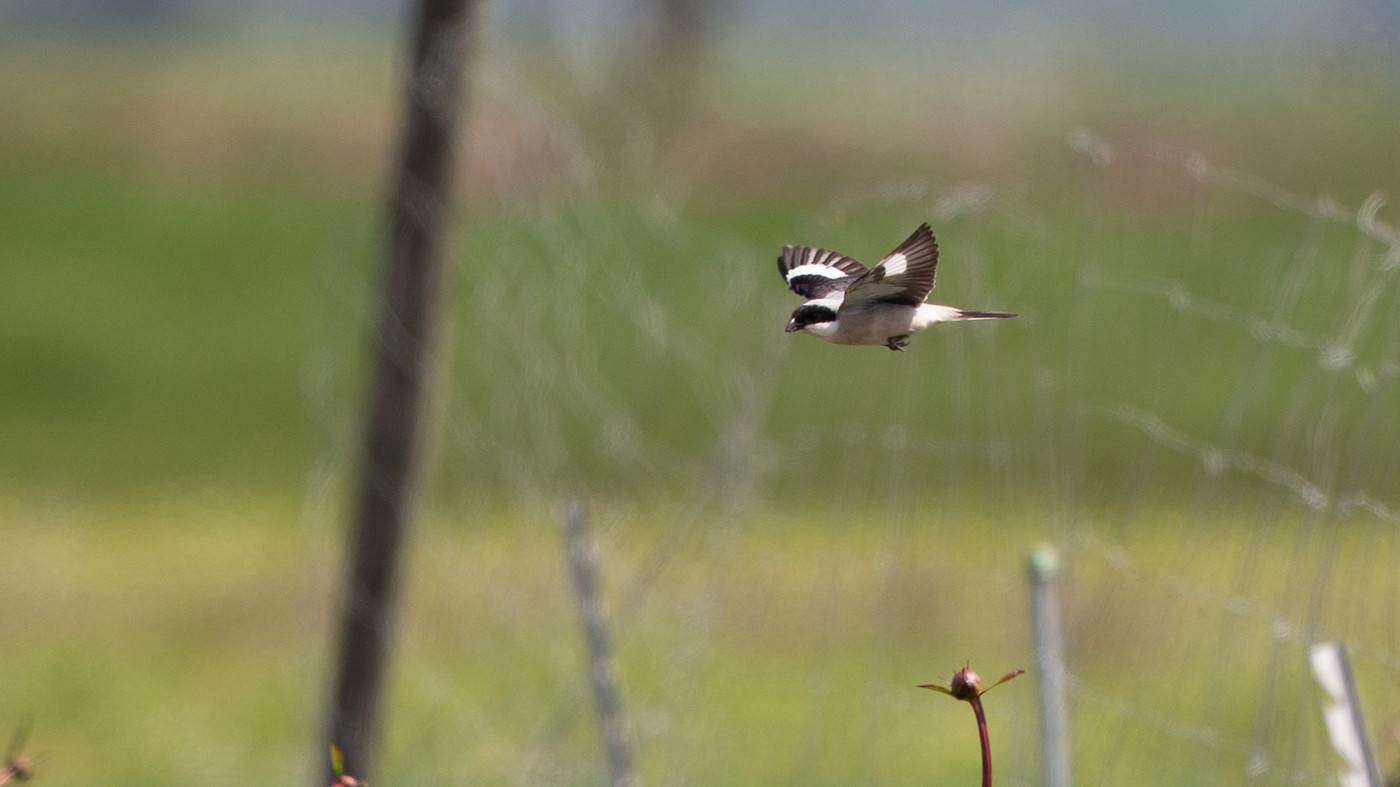 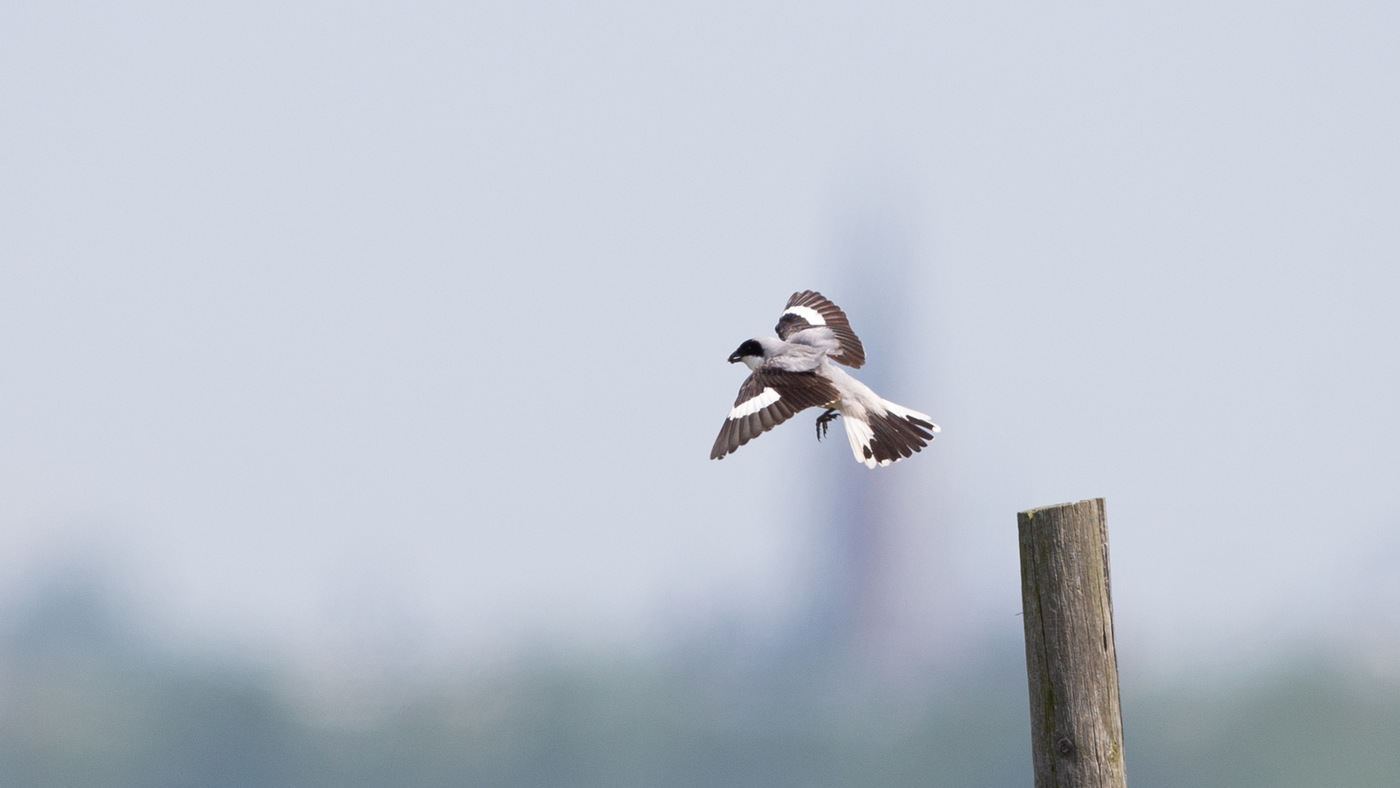 Upon arrival at the Elsgeesterpolder the bird was still in place but the distance was quite large. While shooting the first plates immediately the speed of the DX was noticed. He shoots 12 pictures per second and that is not a luxury with flight images. The Lesser Grey Shrike flew up and down a lot but did not come closer than about 150 meters. So I was very curious how the pictures would fall out. Home behind the computer I was still somewhat surprised at the good results. This is promising when the birds sit closer.