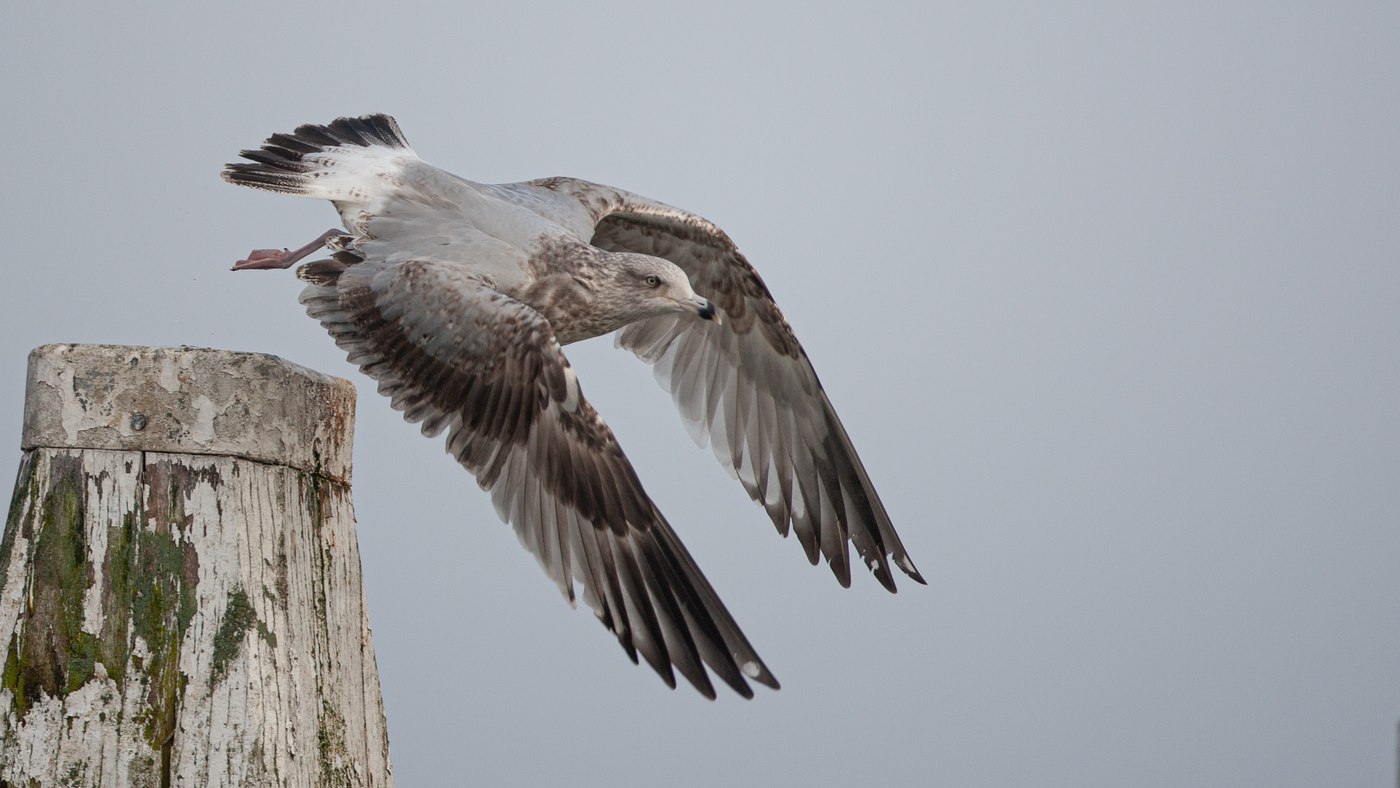 In the morning I was called by Charles Martens, he reported that the American Herring Gull was again present in the port of Den Oever. A long journey but I decided to go anyway.

It is not yet sure if it is indeed a true American or just a normal European Herring Gull. The opinions of the experts are as yet quite positive. Sufficient reasons to go and see the bird. Beside that a Glaucous Gulll is present in the port and the bird is photogenic. Charles called around 9 am when I just started my first cup of coffee which I calmly drank before I began the journey. Just before I got into the car Alwin called, I have a Raven in Hoek van Holland. I said that's good, but did you see the report of the American Herring Gull? He denied it and said: I do not go! Ok, but if he really turns out to be real then I’m one in front of you I replied. I heard some cursing on the other side and then the message: Ok ... see you soon. 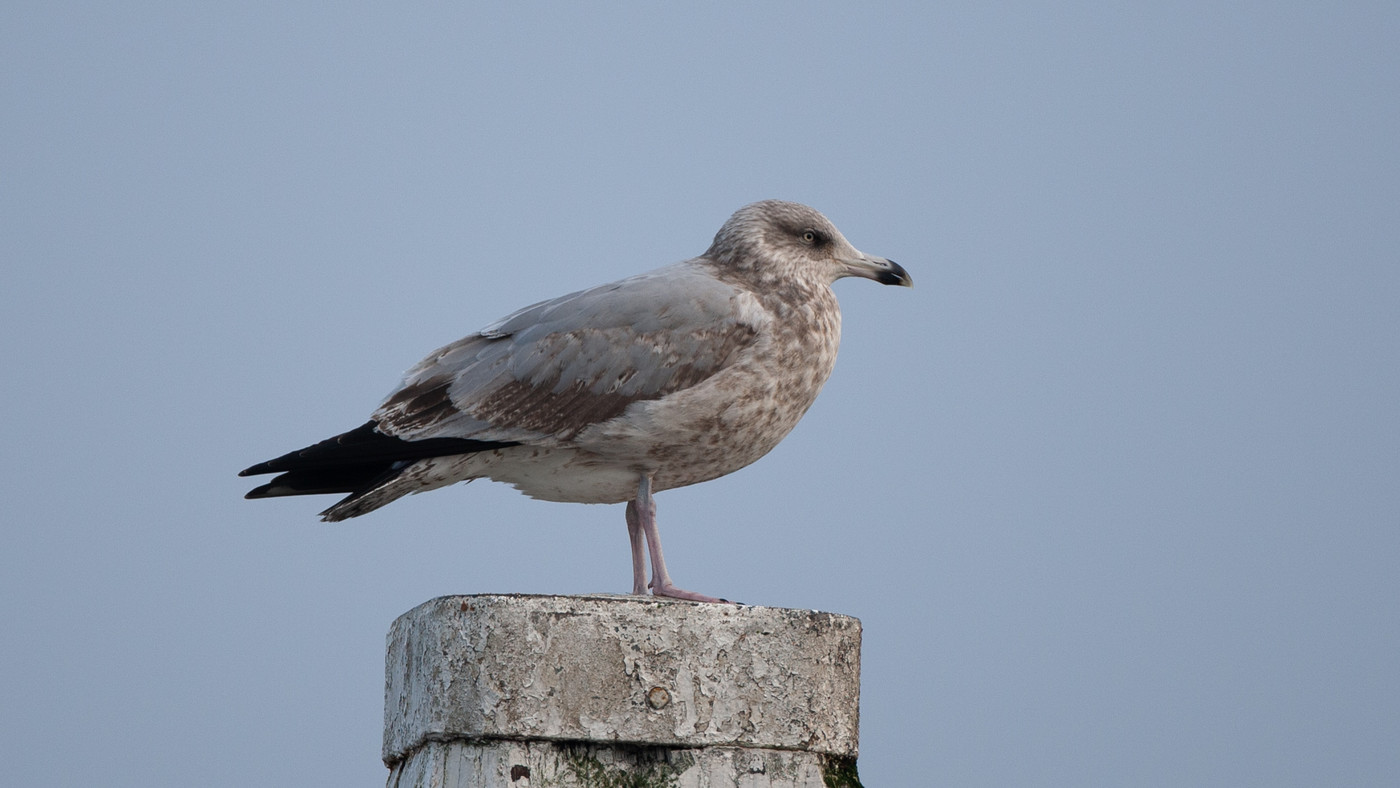 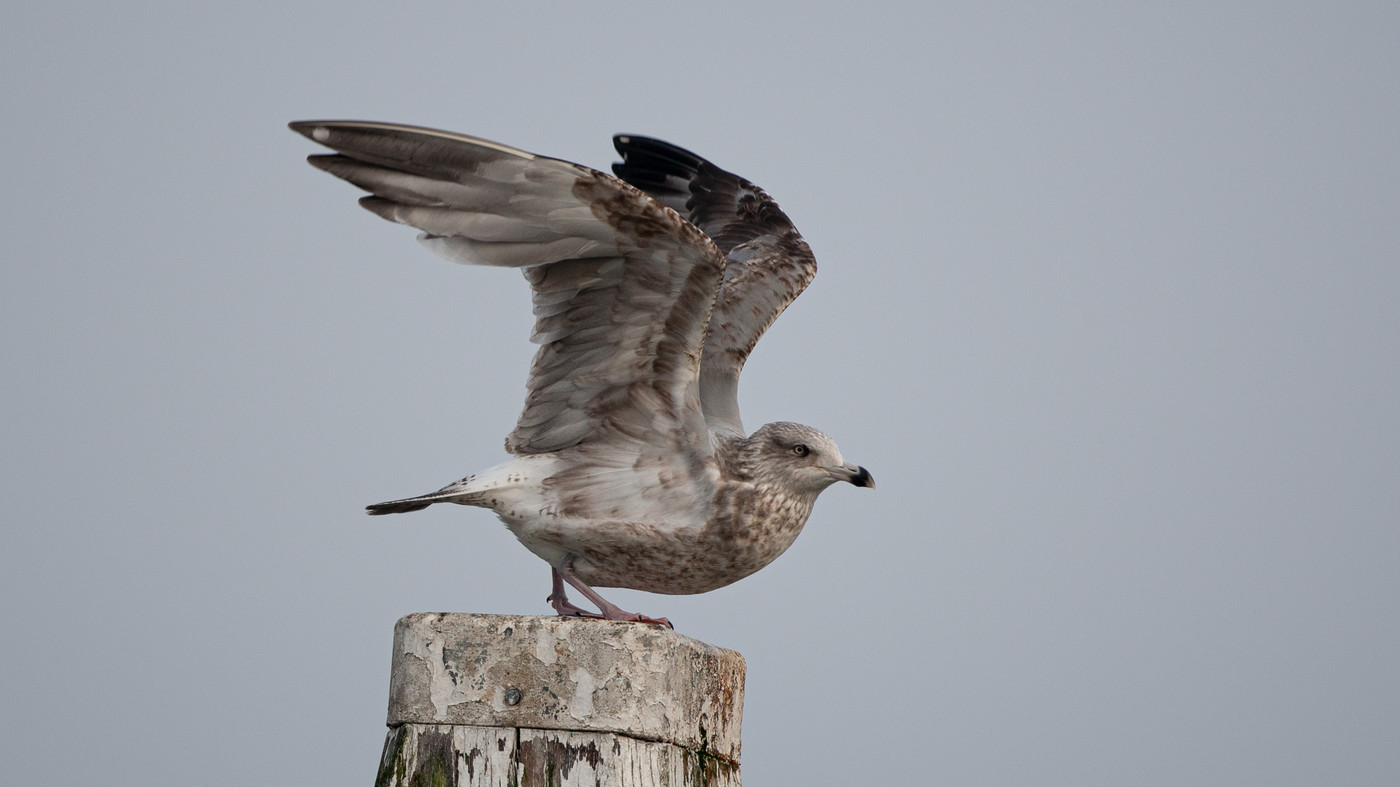 The 190 km was made in about 1.5 hours and on arrival the American Herring Gull sat resting on a pillar. He was reasonably close and beautiful for the picture. There was considerable discussion among birders about the features. Arnaud vd Berg tried to make sound recordings, these appear to be diagnostic for determination. I wrote later that there are indeed recordings. The Glaucous Gulll was on the other side of the harbour and too far for a picture. Alwin would solve it and went to get bread at the bakery. That helped and the Glaucous flew immediately towards us. This is a third calendar bird and it has a perfect dress. The Glaucous gave a good show and there were beautiful pictures made. There was also a Red-necked Grebe present in the port but I could not found the bird. 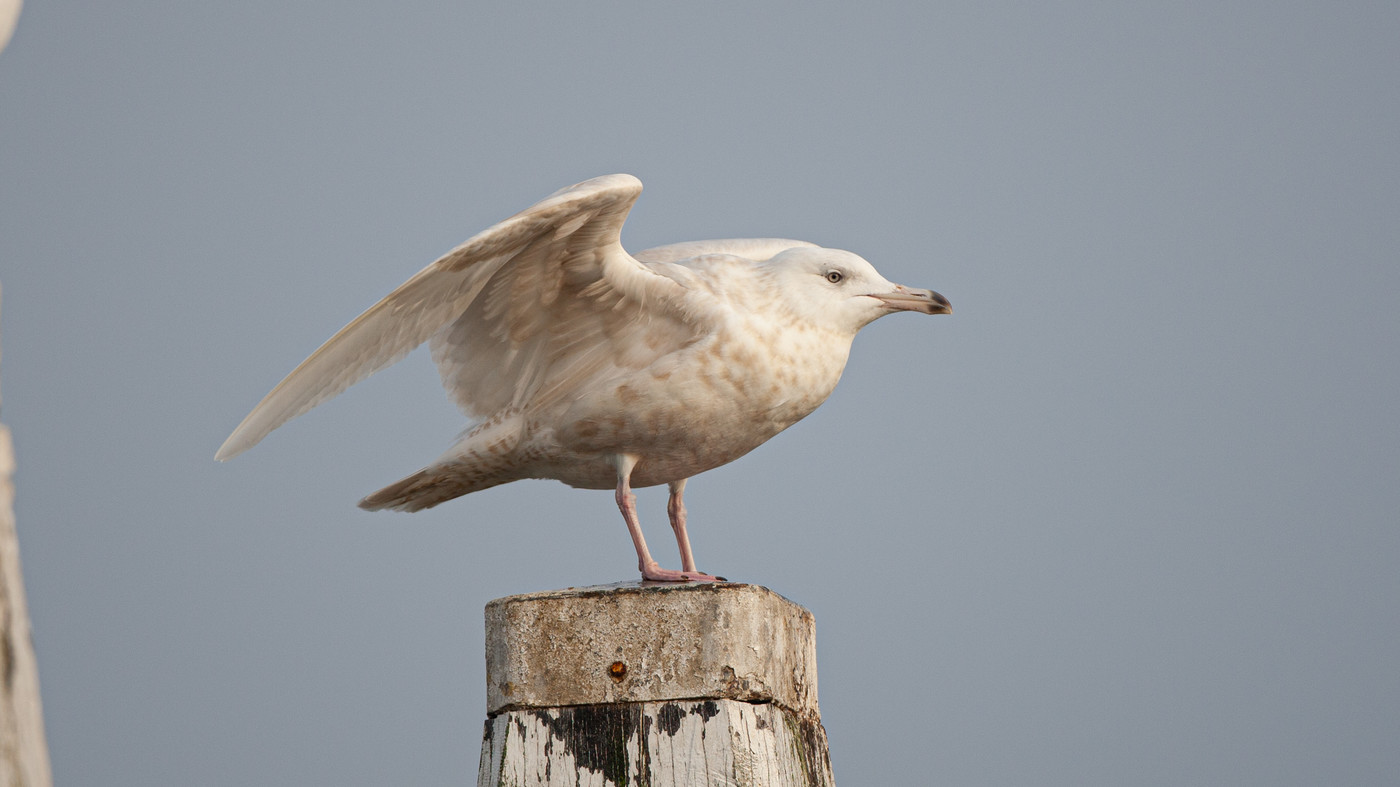 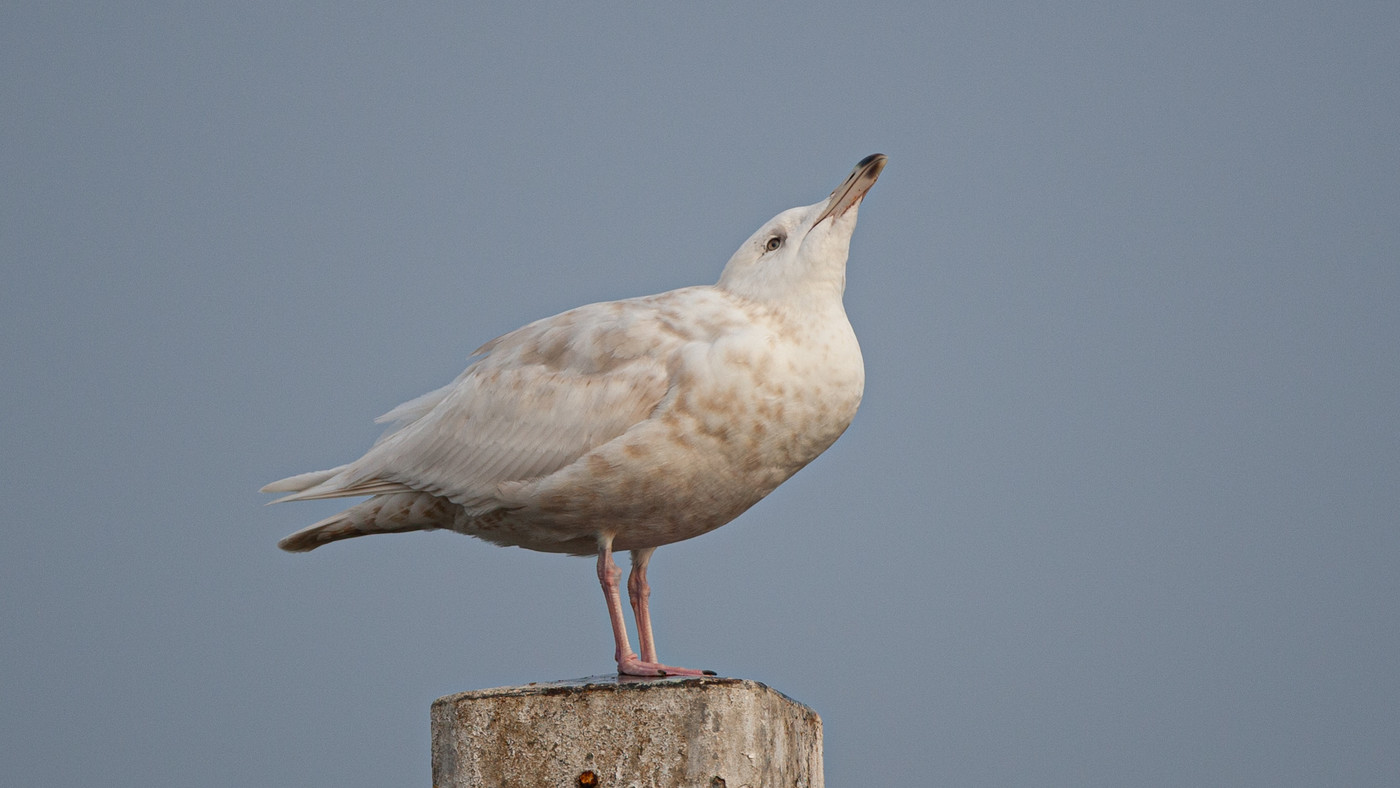 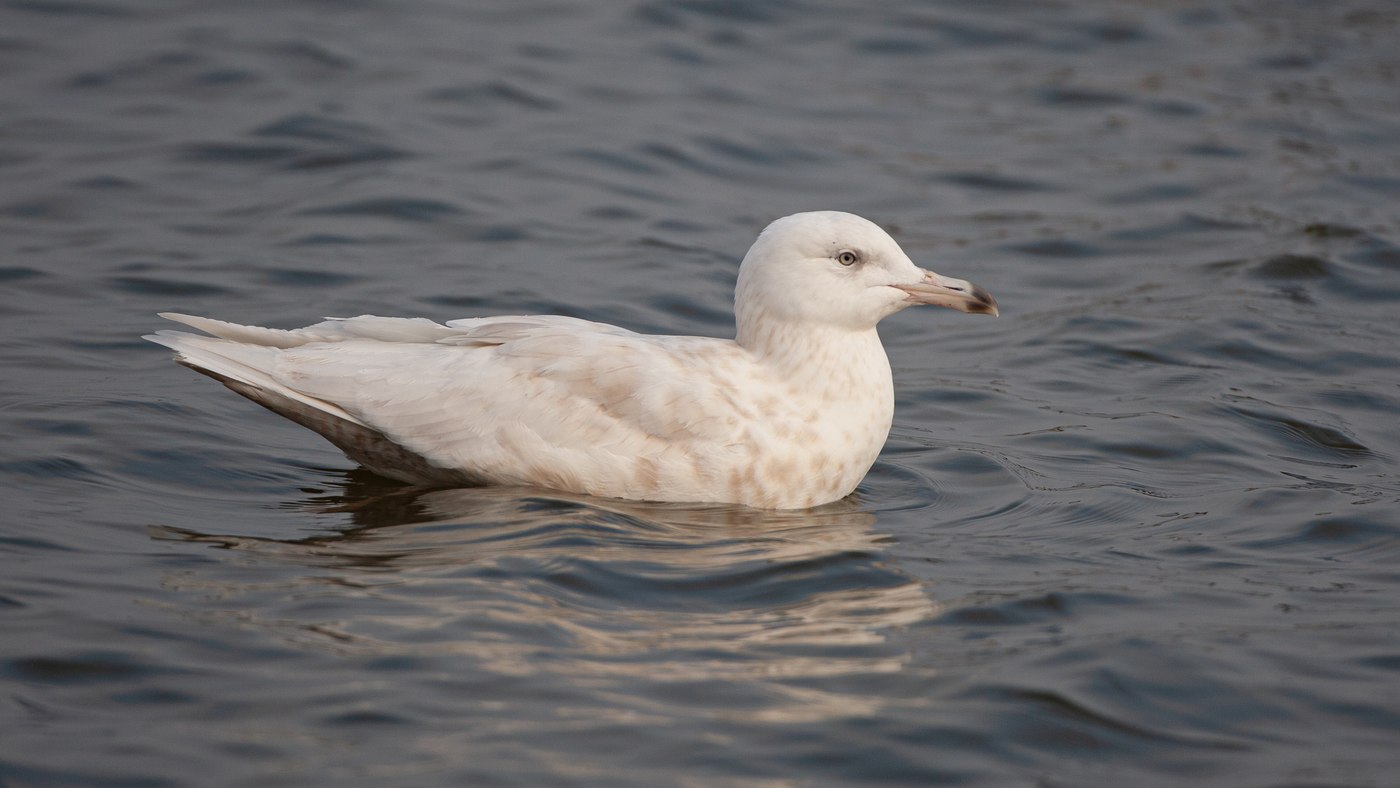 Next destination was Urk. Here a Iceland- and a Glaucous Gulll are reported. The Glaucous Gulll is an adult bird and I have not seen that before. On the road was stopped at Cornwerd, here were Black Brants reported which were quickly found. We also found a Light-bellied Brent Goose here. I drove on to Urk and Alwin went first looking for Pink-footed Geese in the polders. In Urk the Iceland Gull was quickly found. The bird swam remote and too far for a picture. I walked with another birder to the port. Here was the Glaucous Gulll reported. Also this bird was found quickly, it was indeed an adult bird, and he was almost completely in the summer plumage. Unfortunately this bird was also at a distance and I only managed a number of proof plates. 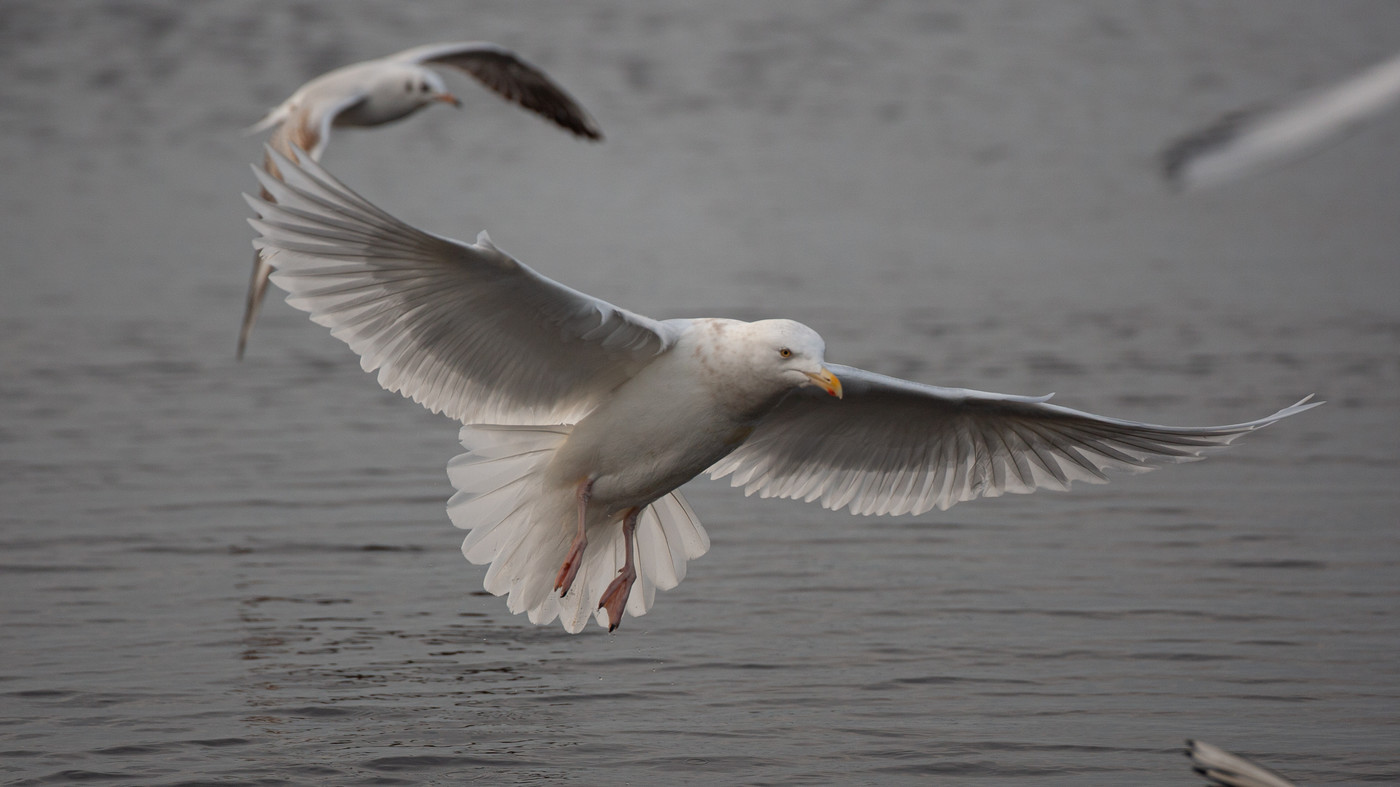 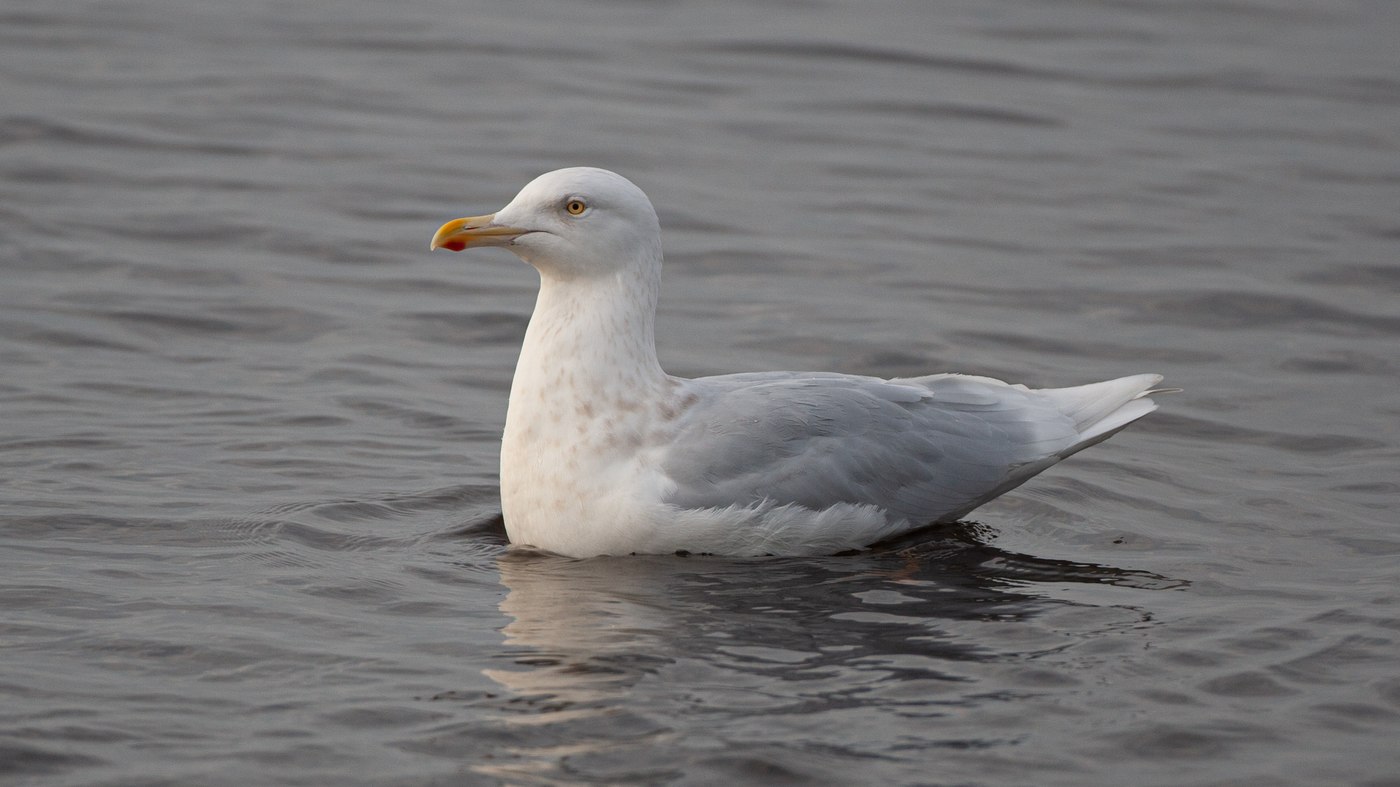 Alwin called and he was almost in Urk. Visit the bakery for bread, I asked. Half a hour later Alwin walked up the dike with 2 loaves. This helped and the Gull was fast approaching. We managed to get splendid photos and walked satisfied to the Iceland Gull. He obviously also loved bread, and immediately responded to the feeding. Again the pictures were excellent. It was time for me to return to Uden. It was a great day. If indeed the American Herring Gull is real remains to be seen. The last word is to the experts. 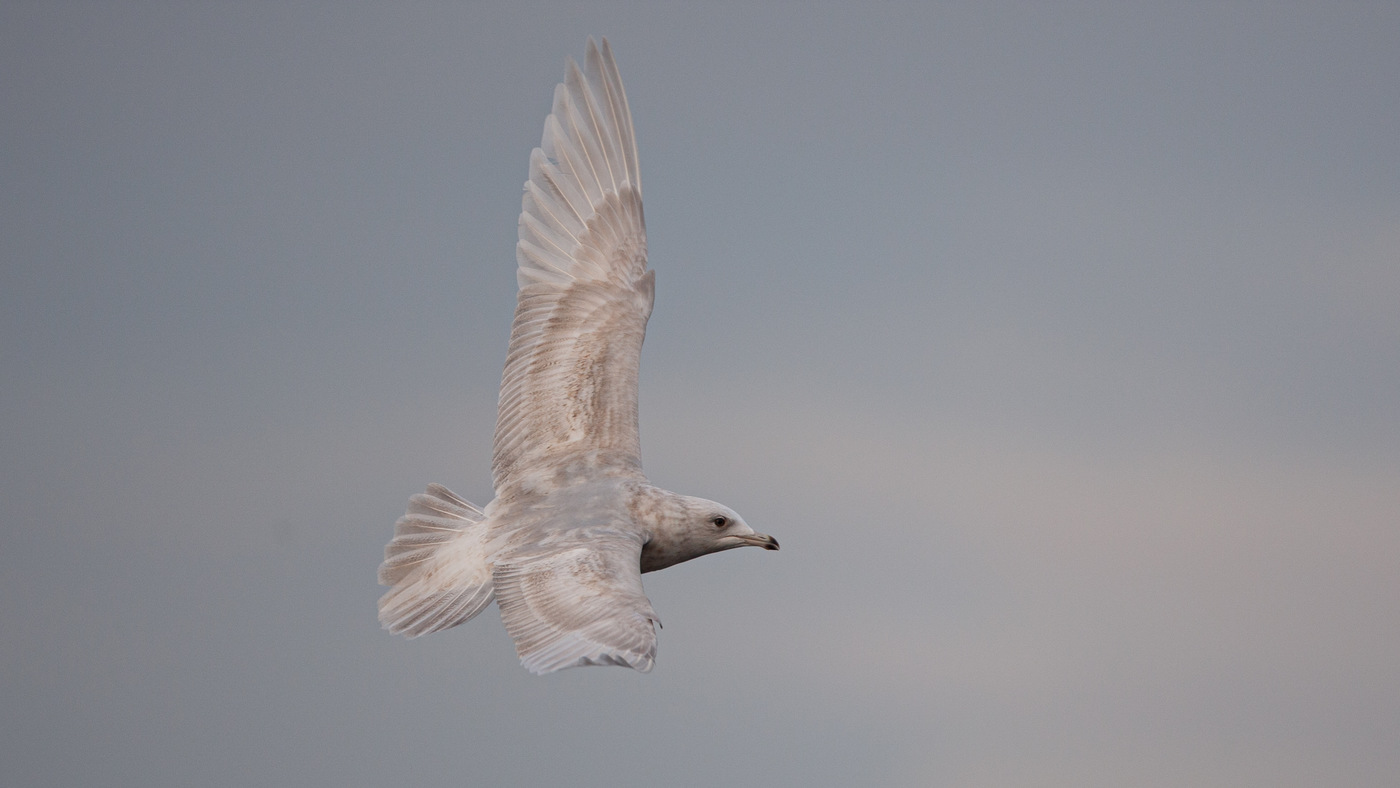 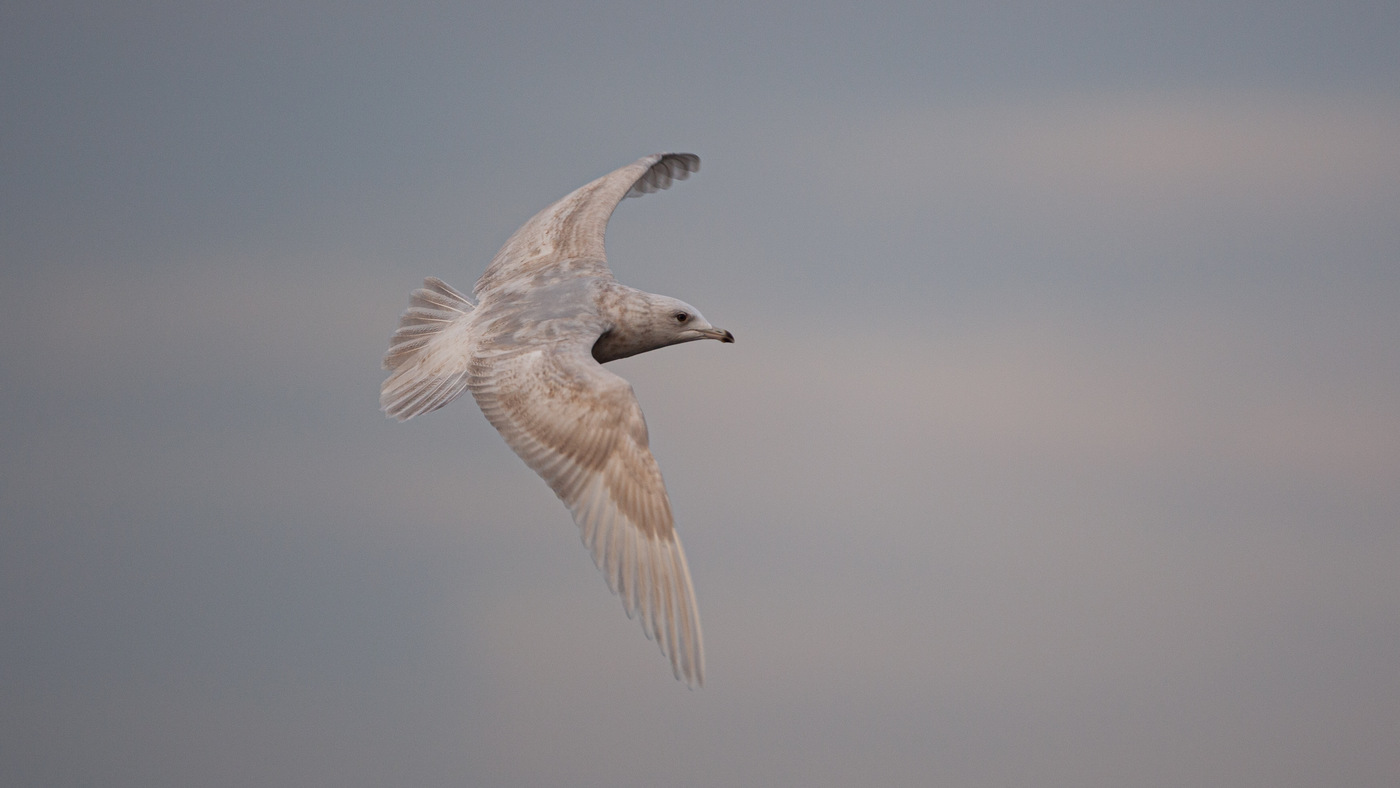 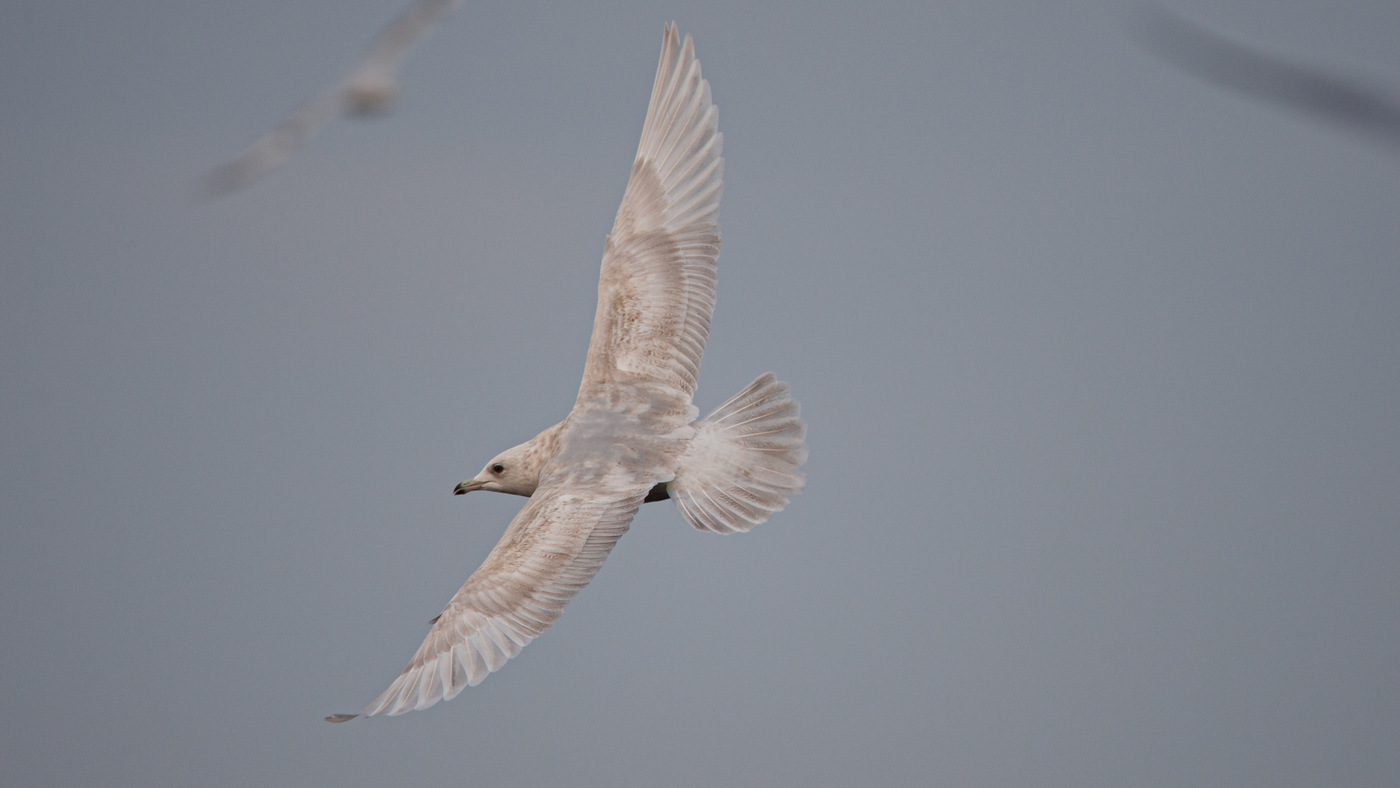 The American Herring Gull was lately not accepted by the commission rare birds (CDNA). After studying the many photo's they concluded that it was a normal European Herring Gull.