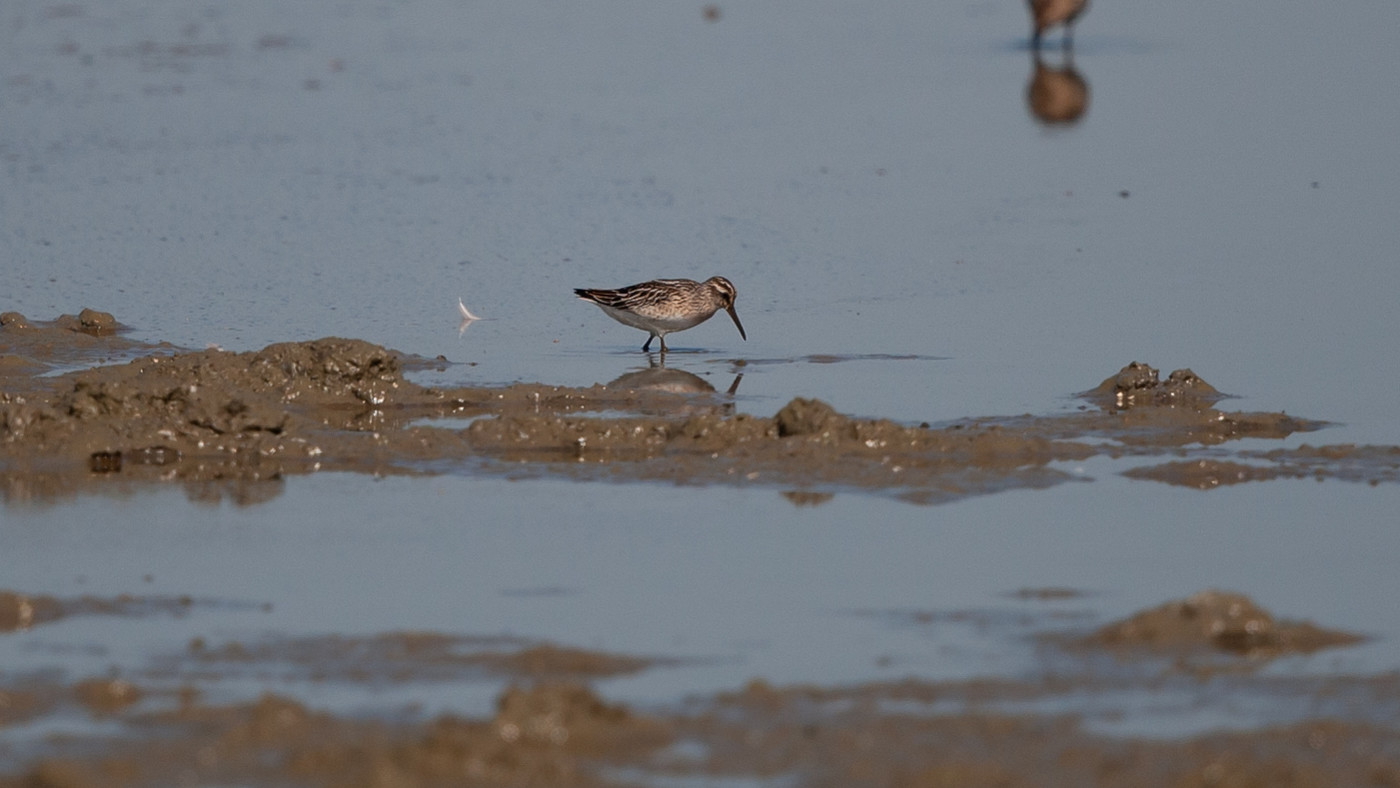 It was a hot day forecast, even one that could break a record. In the Lauwersmeer this week there were many nice species seen so we choose to go north. At 4:30 am my alarm clock went off and fifteen minutes later I was in the car on the way to Wageningen to pick up Thijs. The thermometer in the car was already at 20 degrees. From Thijs we drove to Huizen, with the usual coffee stop en route, and picked up Peter & Maartje Doorn. With four we drove on and the first stop was the Ezumakeeg. 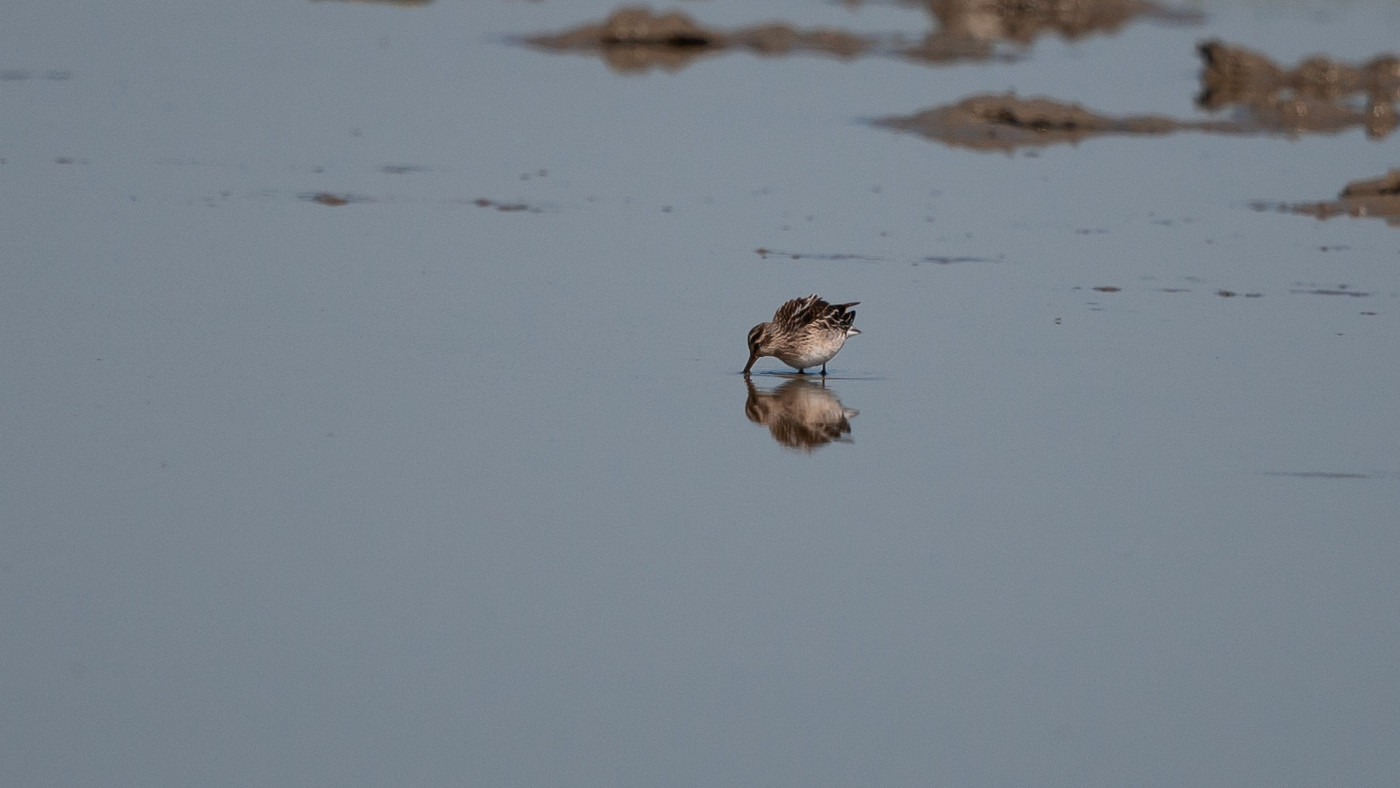 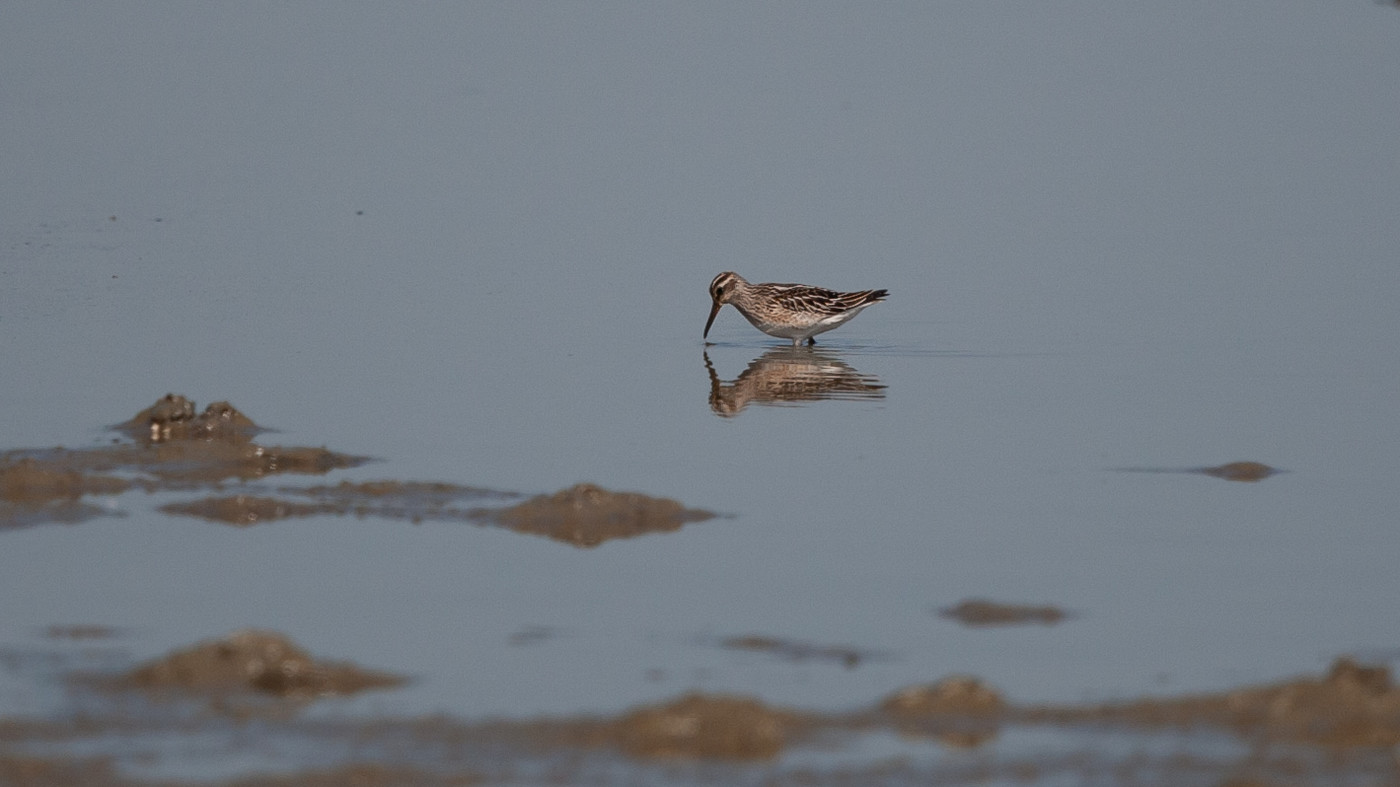 We started in the southern Keeg and while getting out of the car a Quail was heard, for Thijs a new year species. A previously reported Broad-billed Sandpiper was quickly discovered by Thijs. The bird was foraging just below the edge. The Keeg was full of Ducks and Waders, many Gadwalls, Ruff and Little Stints. Fifteen minutes later all birds flew up because of a Marsh Harrier. “Achter de Zwarten” was the next stop, here we found perfect lighting conditions. During the walk a Sparrowhawk and a Goshawk was credited, unfortunately we did not hear the Oriole. Again many birds but significantly less Waders. The mud flats were scoured and we found 4 Caspian Terns. A large group of 50 Northern Pintails sat on the water and in the background a Willow Warbler was singing. On the grassland before the lookout hump it swarmed with Small Cabbage Whites, some 500 copies but it may well have been many more.

We had to go back to the Keeg because Peter had an appointment with someone. Along the way we stood for an open bridge near the port but that was compromised with a female Red-breasted Merganser that I missed on my monthly list. Back in the northern Keeg we found 7 Caspian Terns and Pieter his appointment was on time. There was a lot of backlight which made determination of the birds almost impossible. Pieter said goodbye to his appointment and we decided to return later in the afternoon. Next stop was the Vlinderbalg and along the way all Golden Plovers were checked, it yielded an exciting bird with some characteristics of a Sharp-tailed Sandpiper. After having the bird carefully examined it proved to be an ordinary Ruff. 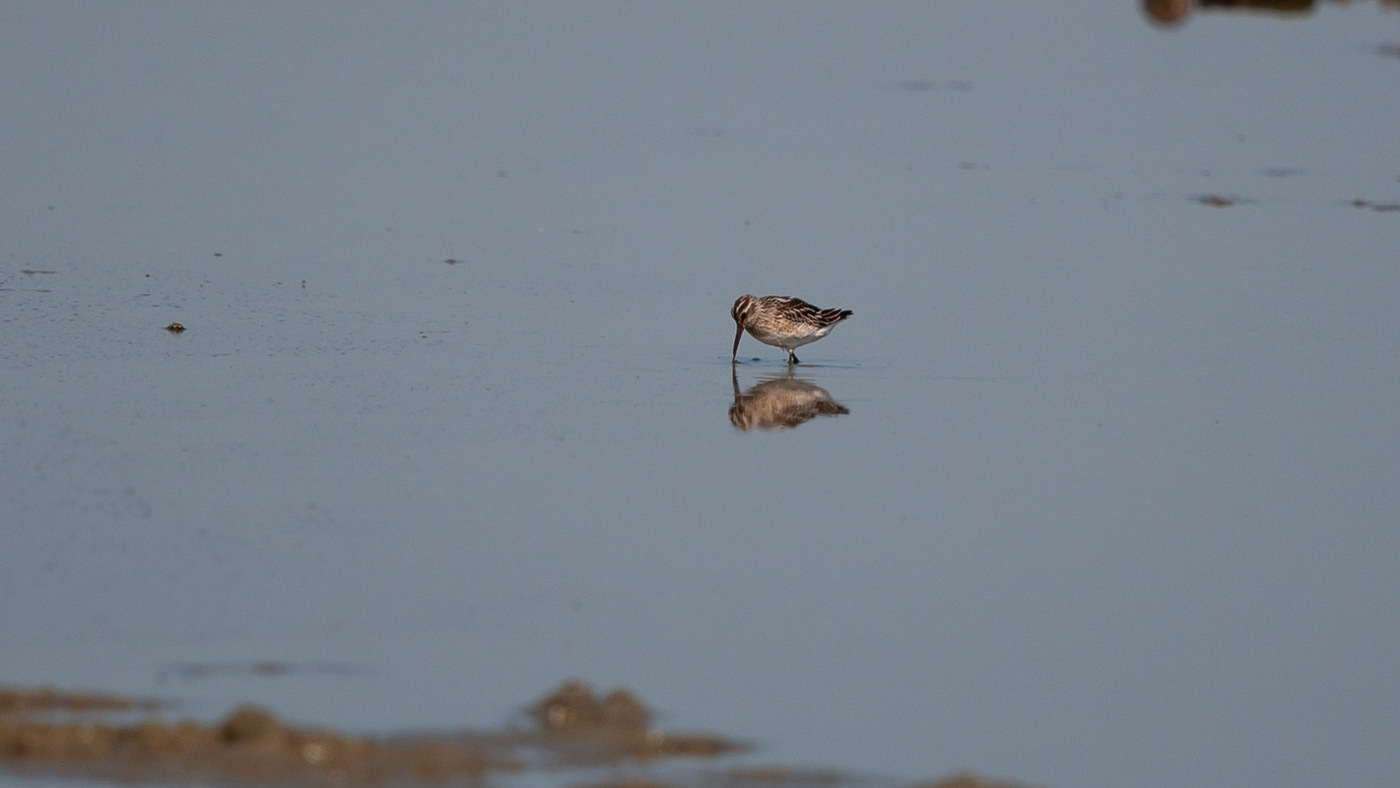 At the Vlinderbalg we saw a beautiful second calendar year Peregrine Falcon fly over. There were still Common Goldeneyes who counted for the monthly lists of Pieter and Thijs. We drove on to the Jaap Deensgat and during the walk to the hut you could feel that it was becoming very hot. From the hut again 2 Caspian Terns were discovered. It swarmed here from Greylag Geese interspersed with some Ruddy Shelducks. The mud flats and grasslands were thoroughly inspected but we did not find anything special. Behind the barracks the fields were put under water and there we were informed that there were Red-necked Phalaropes present. After a short ride we stood on a platform and we looked out over a stretch of water filled with birds. There were a lot of Golden Plovers and Lapwings, unfortunately we could not found the Red-necked Phalaropes. Back in the car, the thermometer stood at 34 degrees. With the air conditioning it was good to hold and we headed to the campsite The Pomp. Here we had a short hike accompanied by mosquitoes and gnats. A Peregrine Falcon tried to catch a bird, but otherwise it was very quiet. 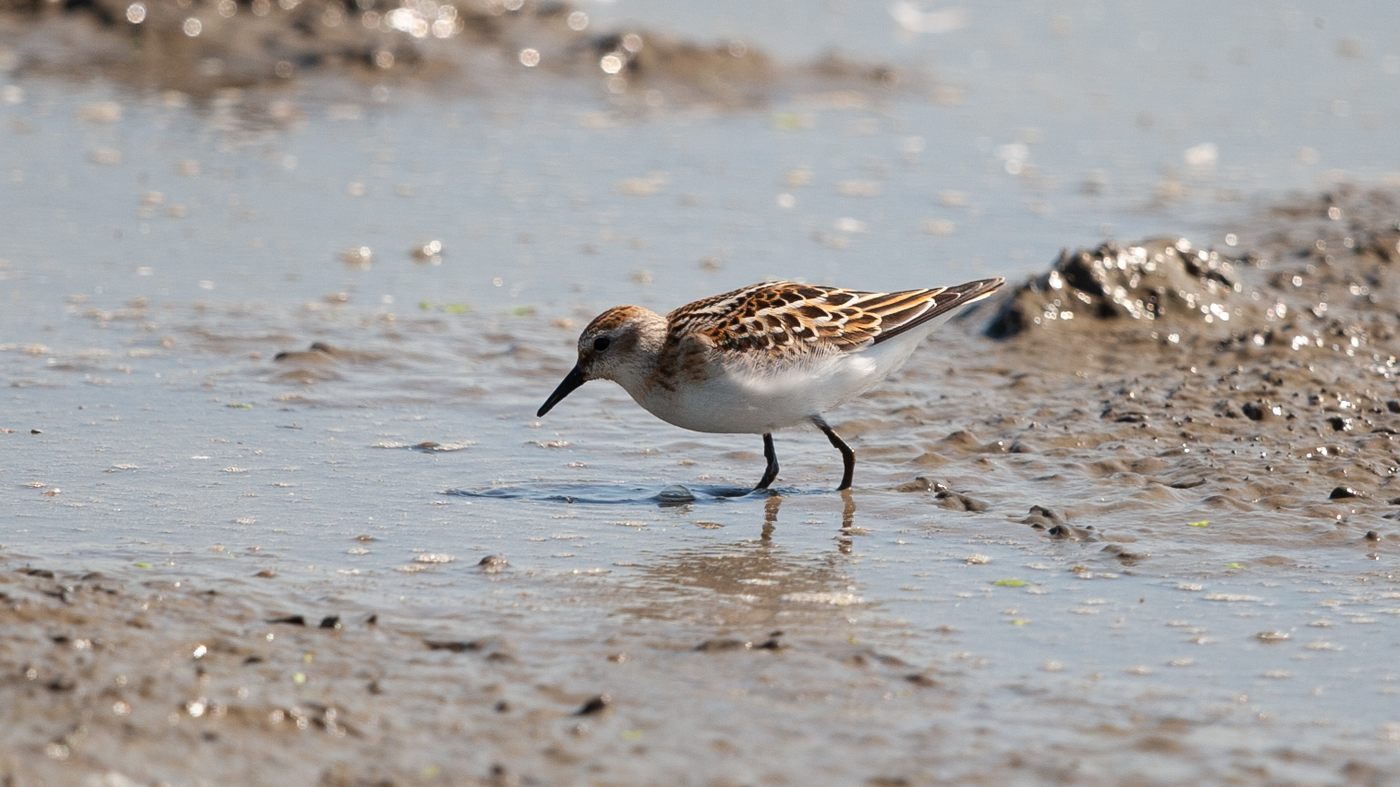 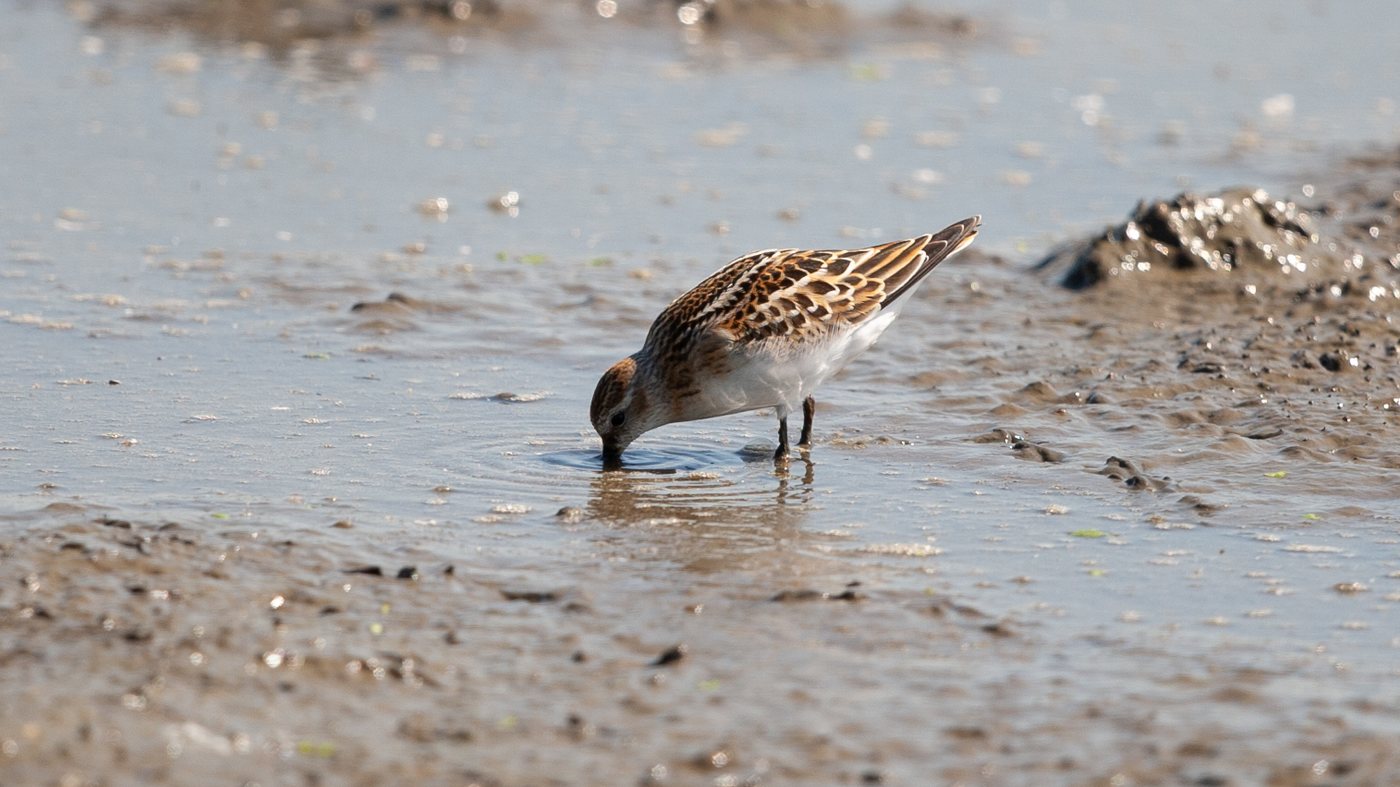 It was now about two o’clock and we drove back to where we started in the Keeg. 2 Broad-billed Sandpipers were found and they were in a short distance from the hut. This yielded some nice evidence pictures. Around the hut were many Common Snipes and Little Stints and despite the backlight there were some nice photo opportunities. We stayed for about an hour in the hut. After some discussion we decided to leave and Lauwersmeer and drive to Den Oever. From there we would continue birding in the province of North-Holland. In the "bin" at Den Oever a Brant Goose which still counts for my monthly list and usually around this time there are White-winged Terns that Thijs still needed. After an hour we arrive at the port of Den Oever and there is a refreshing sea breeze. The Brant Goose is found quickly and it takes a while before we find a candidate Tern. It is a juvenile bird and despite the distance, the characteristics of a White-winged Tern are clearly seen. We look further but this does not yield much more. 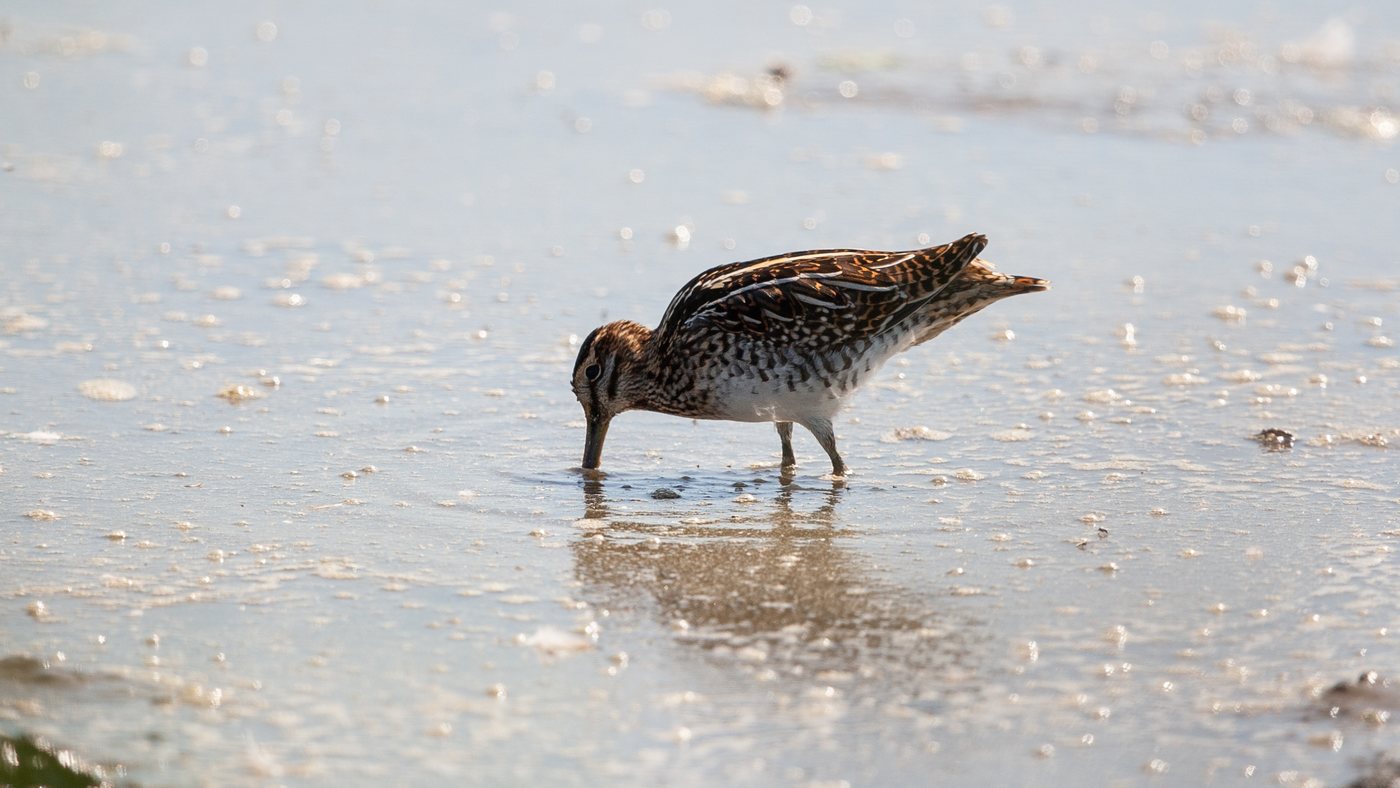 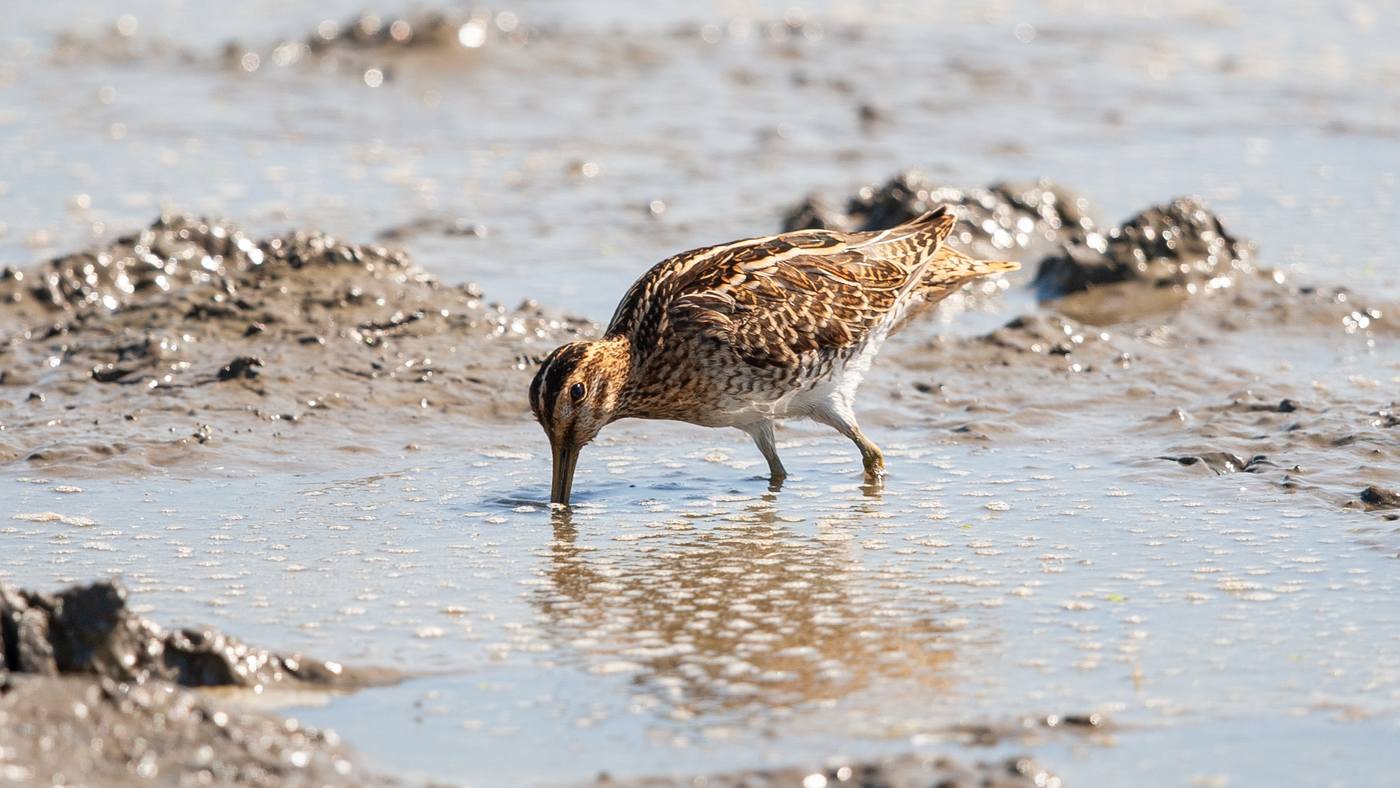 It was around 4 o’clock and we discuss the options, the choice falls on Waterland where a Glossy Ibis and a Red-necked Phalarope sit. The navigation is set and we have about 60 km to go. Around 5 o'clock we park at the spot where the Glossy Ibis is reported. It is a complicated area and we estimate our chances are not high. After a short walk we stand on an embankment from where we have a better overview. After a long search we find the Glossy Ibis among the reeds in a small puddle. We drive on to the site of the Red-necked Phalarope. Again we find a cluttered area but after a considerable search we finally find the juvenile Red-necked Phalarope. We drove to the Kinselbaai in the hope of a Mediterranean Gull that we do not find. In spite we find 2 Caspian Terns, my first for the province of North-Holland. 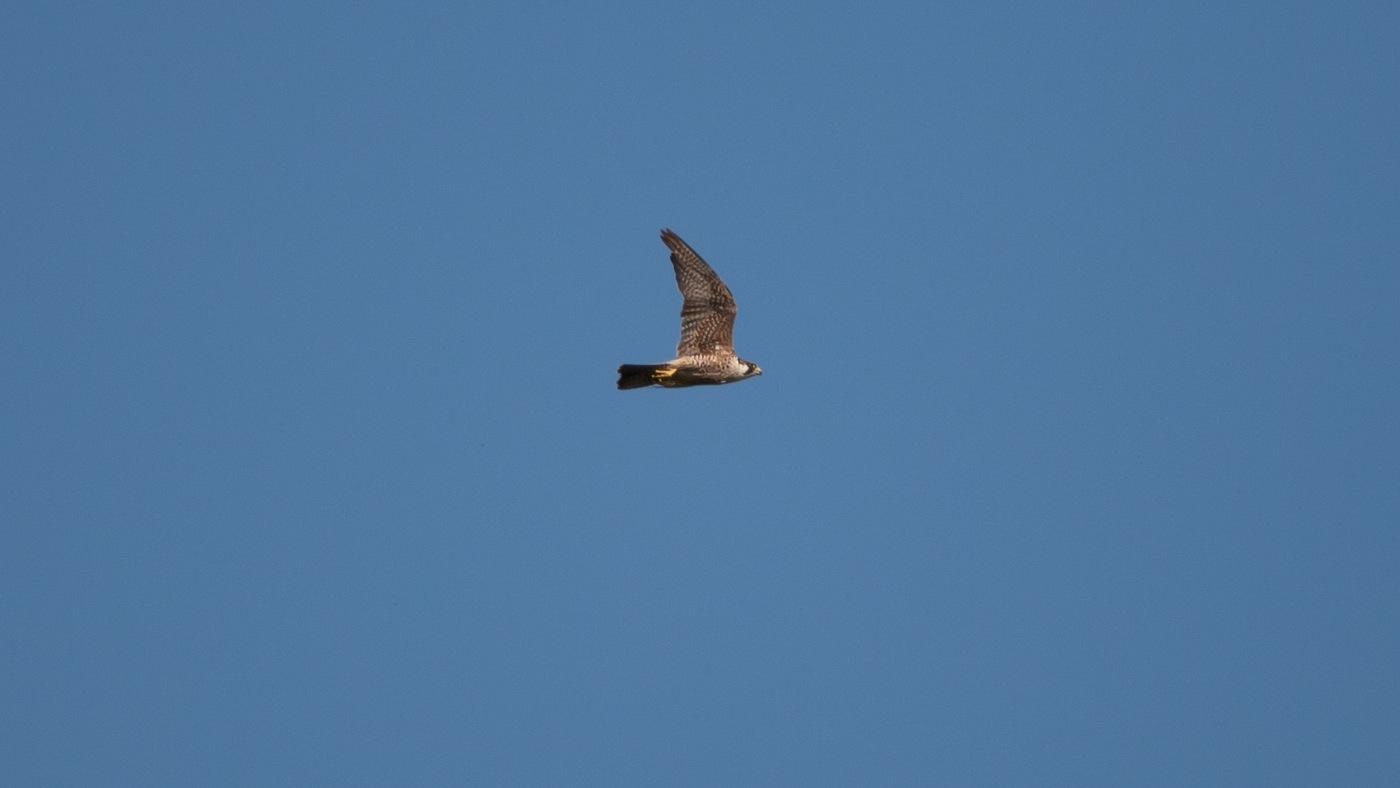 Despite the tropical temperatures it had become a very nice bird-rich day. With 110 species of which 3 new for the monthly list and 1 new for the annual list we drove to Huizen where we said goodbye to Pieter & Maartje. Then I drop Thijs in Wageningen and drive into Uden at 8 o'clock