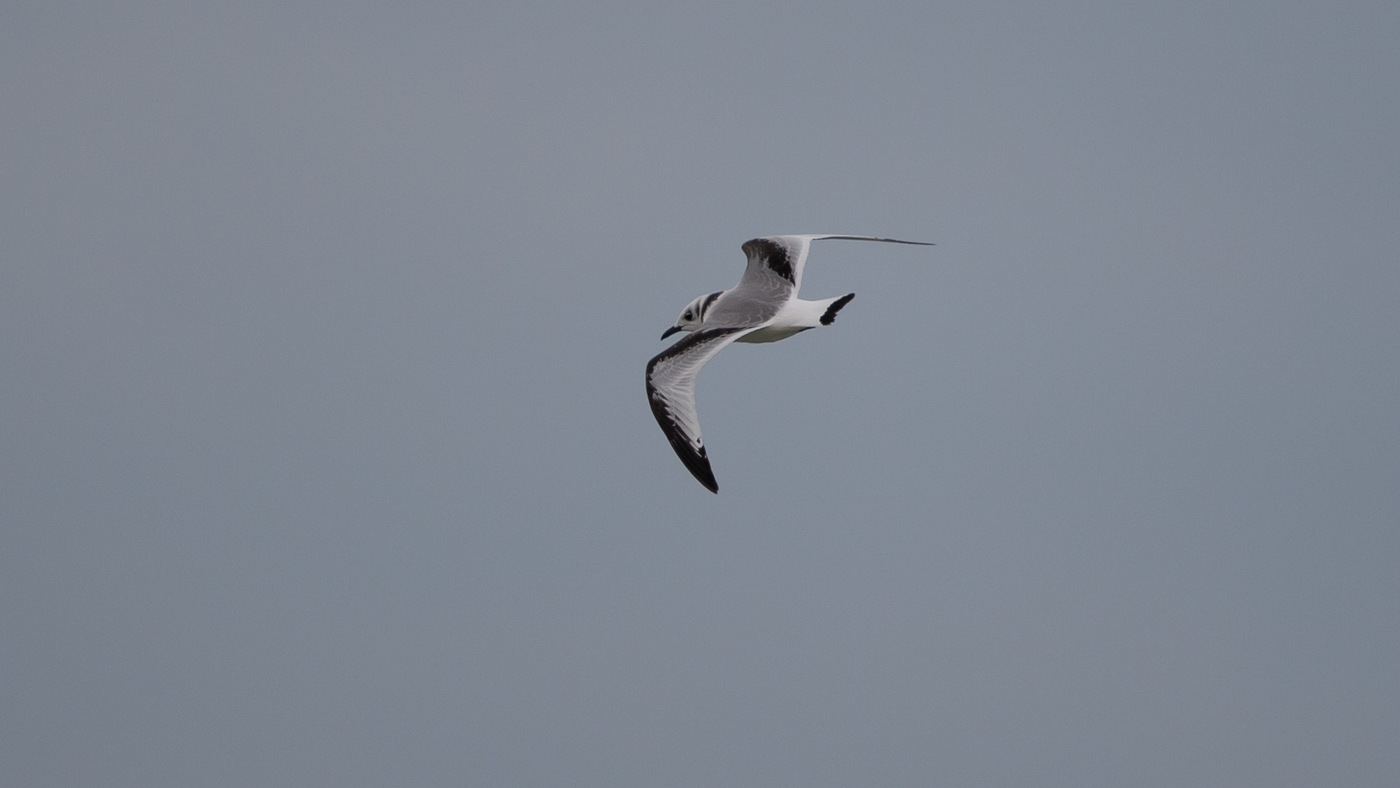 On the Bird Fair in the Stand of Dutch Birding I met Pieter & Maartje. After a short chat came the question: is there a chance tomorrow for a Long-tailed Jaeger? I replied that Texel might be a good option, and we agreed that the next day we would have a go. Shortly thereafter I met Pim Wolf who confidently announced to that in Westkapelle there was more than a 50% chance. The destination was therefore modified in Westkapelle and we agreed at 5.30 am at a parking lot in Made the next day. 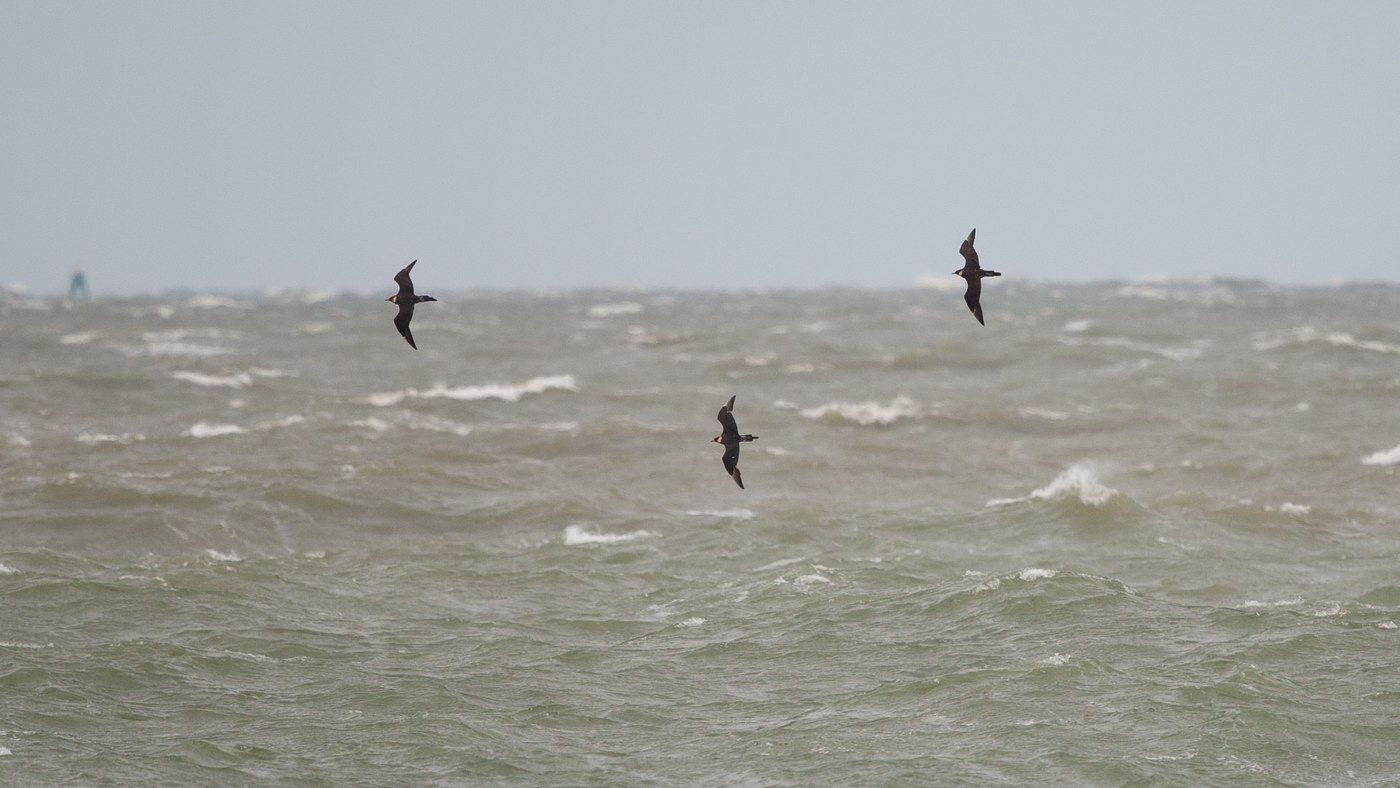 At 4.45 am I was sitting in the car and it looked very autumnal and there was a strong wind from the west and it rained. Just in time I arrived in Made and Pieter & Maartje had also just arrived. Along the way, a coffee stop was held around 6:30 am we arrived at the dike at Westkapelle. There was a firm breeze that came from the west with a bit north, absolutely not wrong. The telescopes were set up and less than 10 minutes later Pieter shouted: I see a Skua. I got the bird immediately in the picture because he flew near de bank. I saw a small Skua with a slight banded above and below tail. The abdomen was light and everything looked fine for a Long-tailed Jaeger. So quick we had not expected the bird! 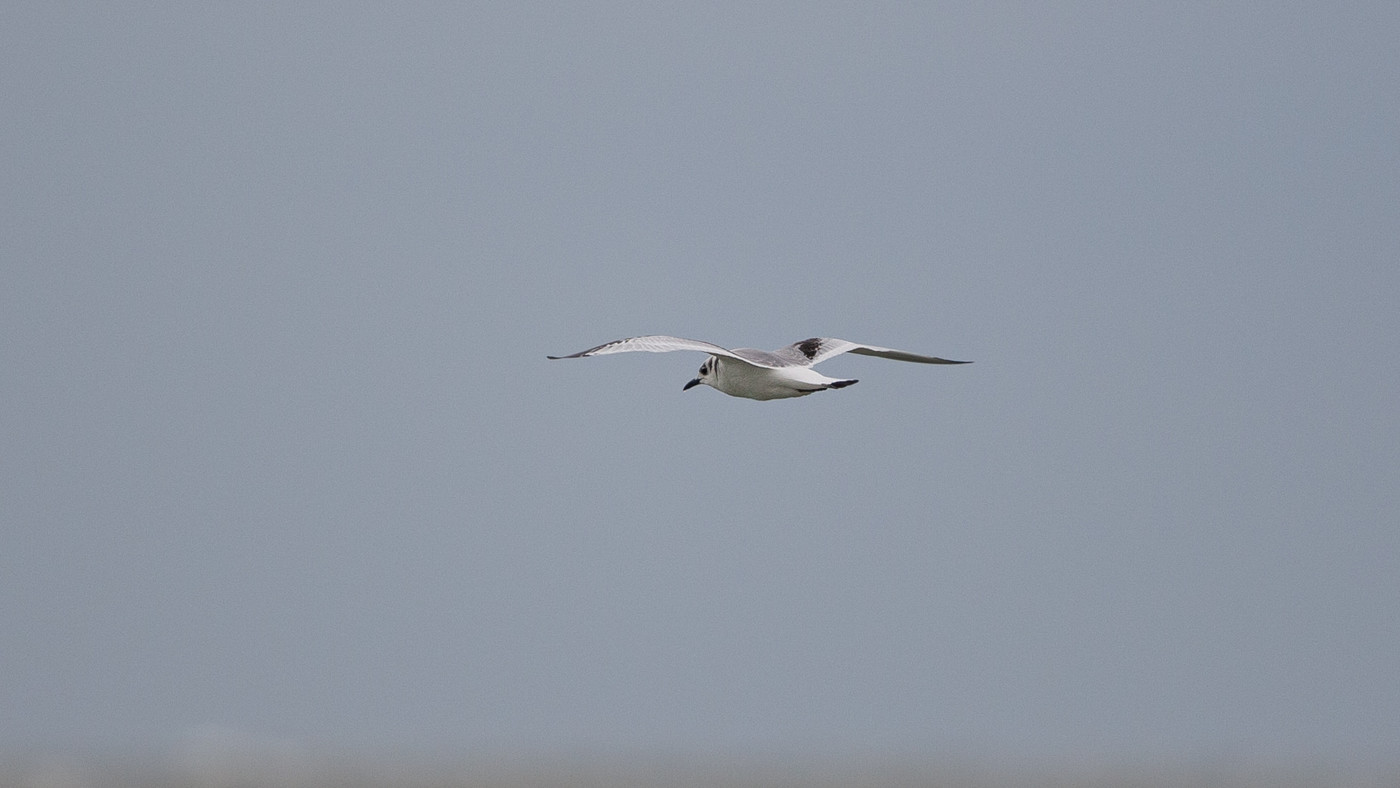 There followed a period with occasional rain and little birds. A juvenile Kittiwake came flying and remained a long time on the spot. The bird was not far away so there were a few pictures taken. At 9:45 am I saw remotely Shearwater with a light underside. The bird flew in the scarce sunlight and it was clear that it was a Balearic Shearwater. Which I had certainly not expected, unfortunately Pieter & Maartje did not pick up the bird. By giving directions I lost the bird myself. I mentioned the bird on the Internet and peering sea continued. A Arctic Skua was seen and short after a Northern Fulmar was picked up at about 400 meters from the shore. Half an hour later Great Skua flew past. 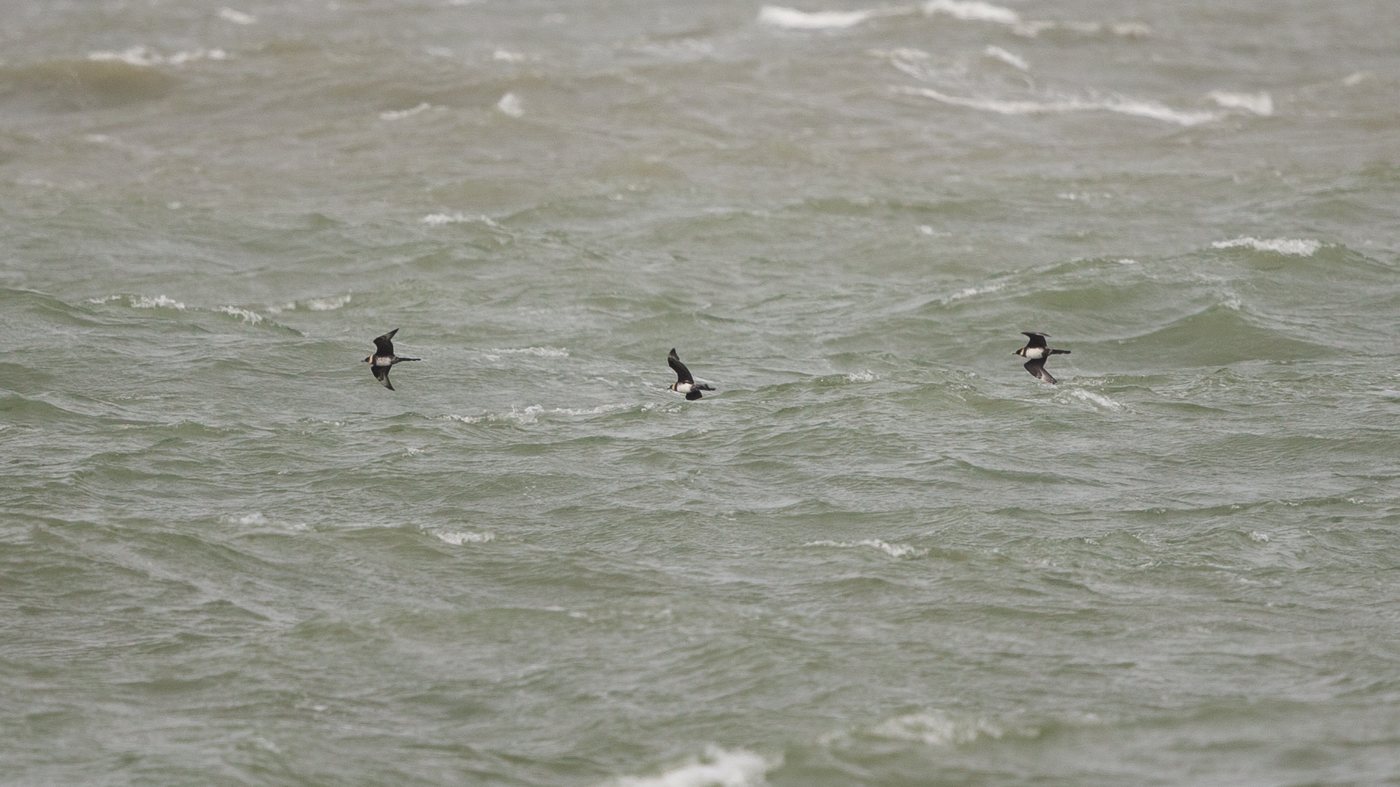 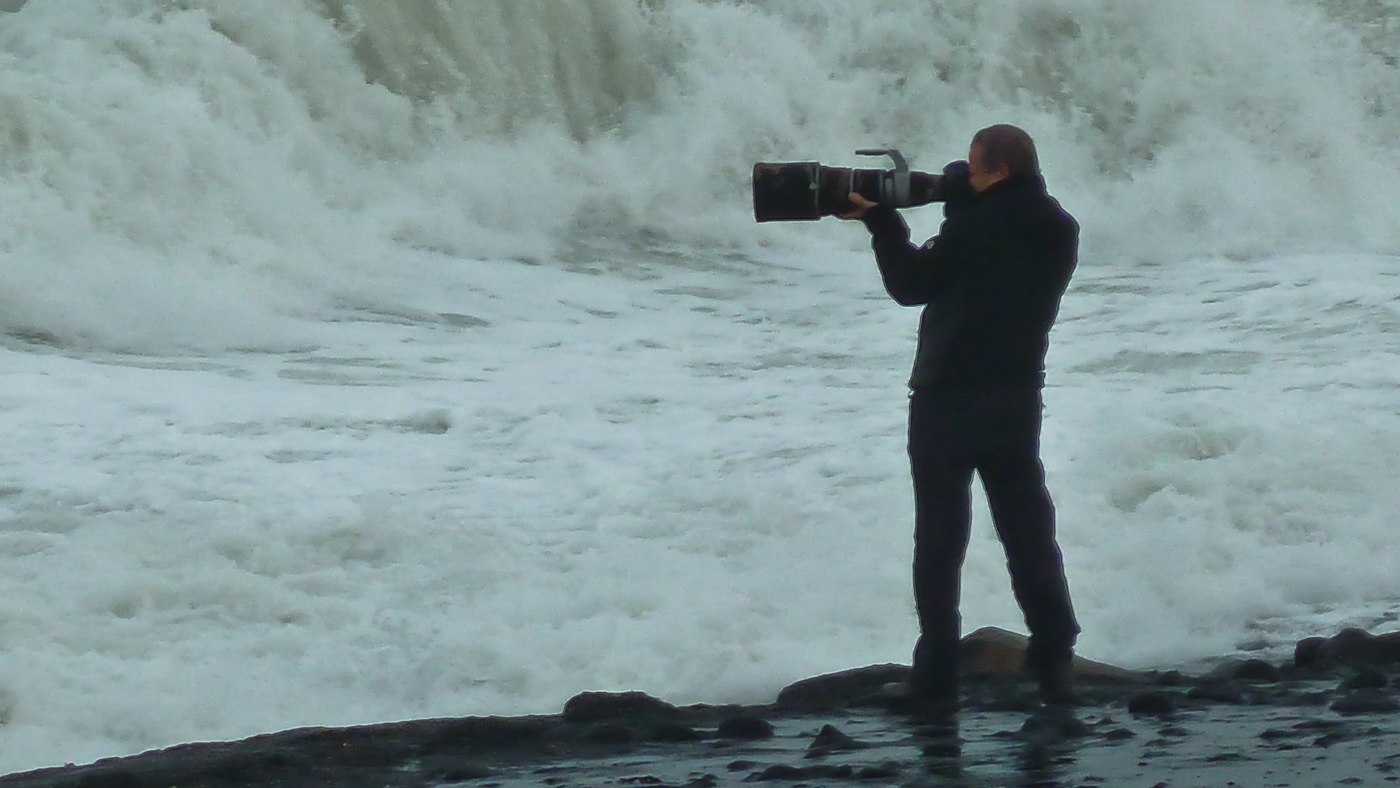 In the distance, Peter discovered a beautiful adult Pomarine Skua complete with spoons! Around 11.40 am, a new Shearwater was seen. The bird was not far away and it and again it was a Balearic Shearwater! Also Pieter & Maartje had the bird in the picture. Another 2 Arctic Skuas were seen, a light and a dark phase. A little later, three Pomarine Skuas came flying these birds could be put in the picture. It was not over yet because in the distance a Sooty Shearwater was found. It was almost 1 pm and we treat ourselves to a Irish Coffee in the restaurant. During the delicacy we agreed that we would drive to the Tawny Pipits that were reported in Hendrik-Ido-Ambacht. 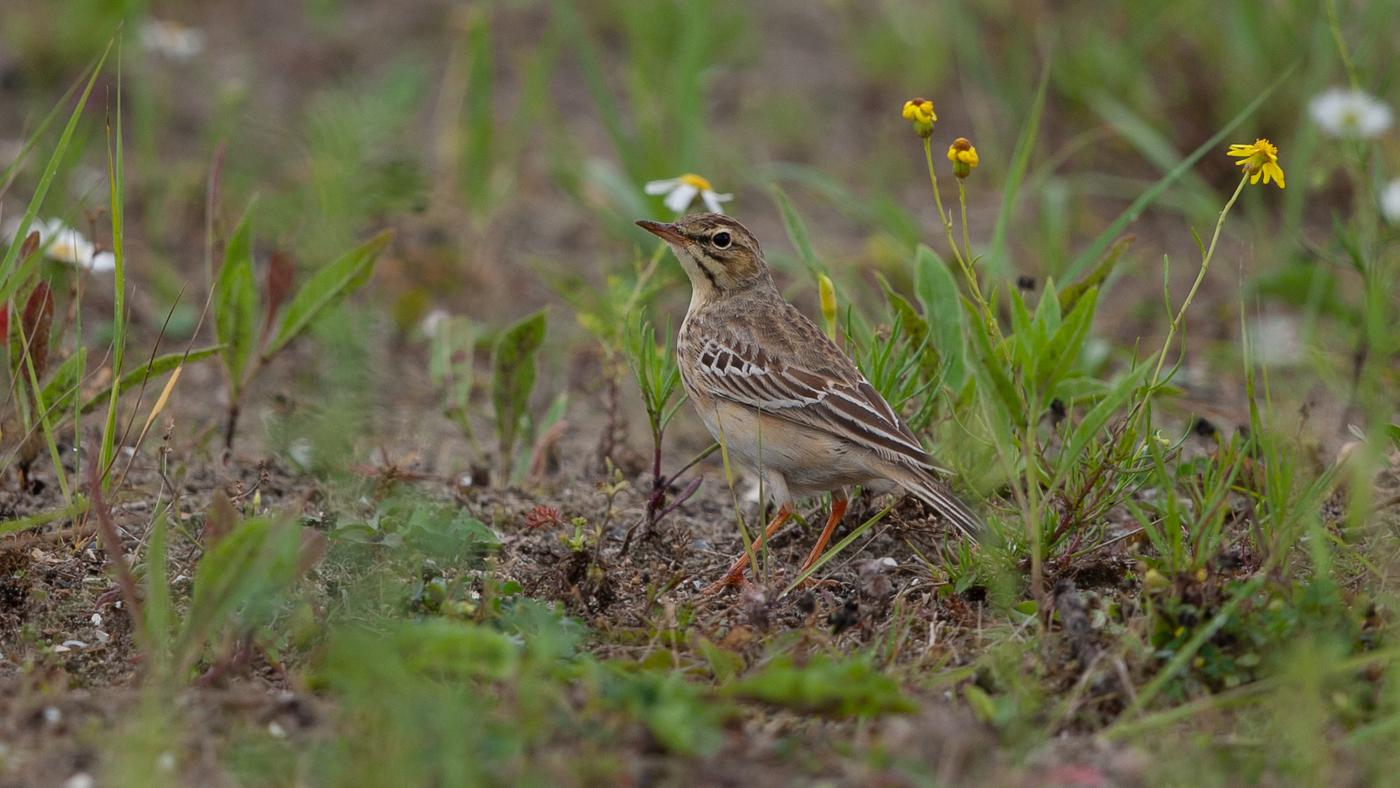 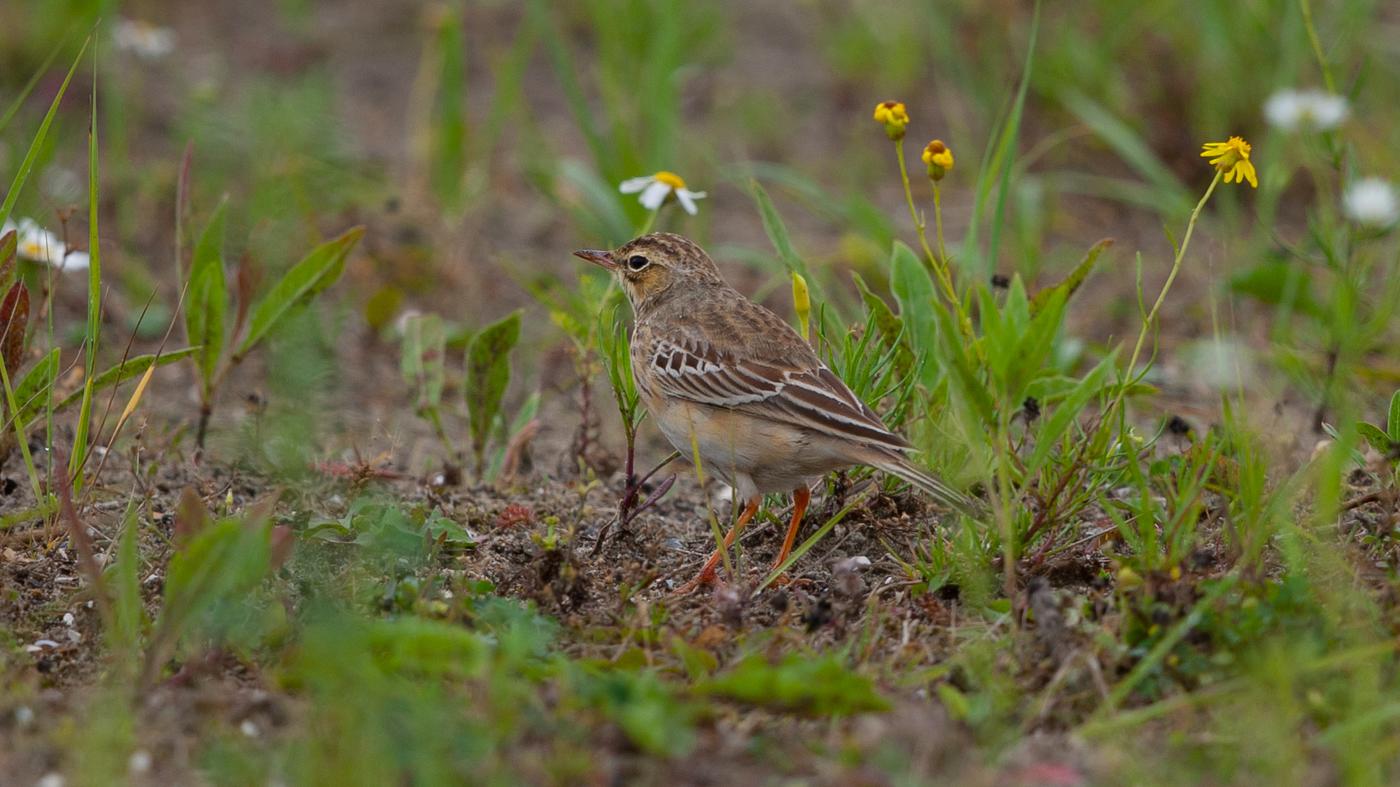 This was on the way home and an hour later we walked onto the field where the birds were. There were more birders and we soon had a Tawny Pipit in the picture. Nice pictures were taken and later we found a second copy. It was time to go home and in the car we made up the list. I had no less than 6 new year species making my list grow to 297 species. 5 of which also count for the month list. We can look back on a very successful day.