Whiskered Terns in the province of Groningen 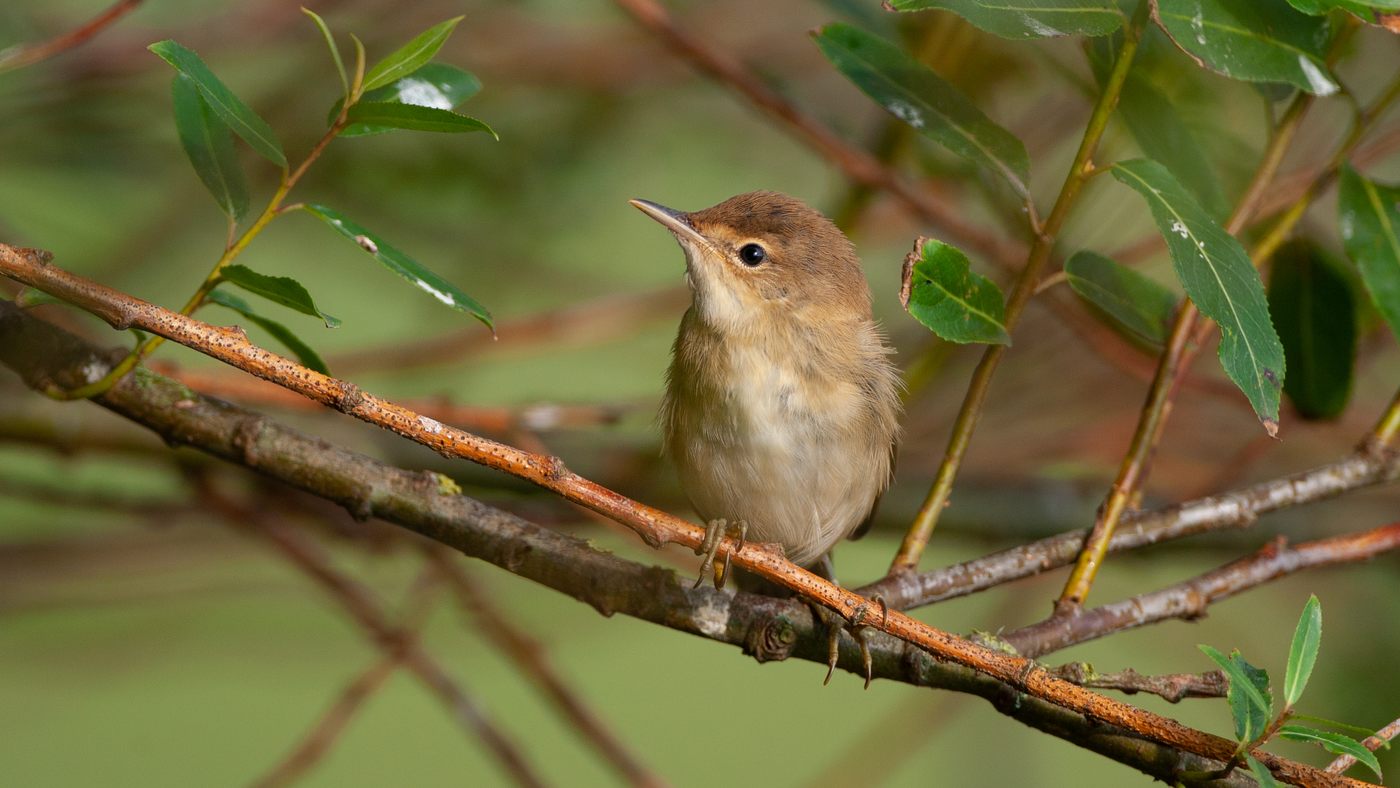 In the northern Netherlands the most fun species were to be seen so a day was planned. Together with Pieter & Maartje van Doorn we left at 5.30 am from Huizen. 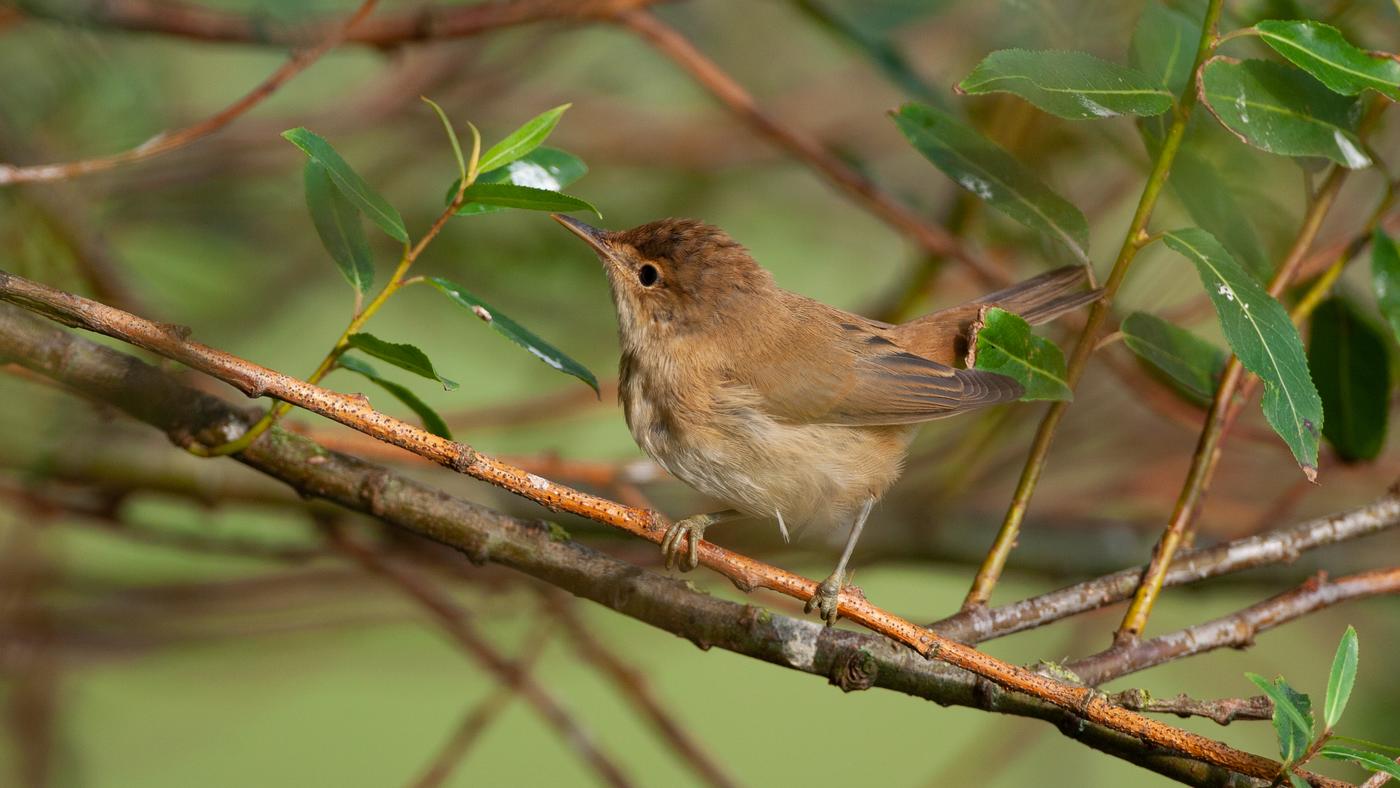 Last Friday (29-6) my gallbladder was removed surgically and recovery is very fast. So fast that I dare a big day trip. In the north there were a number of species that still count for the month list and there are photo opportunities. At 4.15 am I left Uden to a carpool spot in Huizen where I had arranged with Pieter and Maartje. Along the way I was treated to a spectacular sunrise. Right on time I arrived at the parking lot and while enjoying coffee I waited for Pieter and Maartje. The birds were singing and the first day species could be recorded. 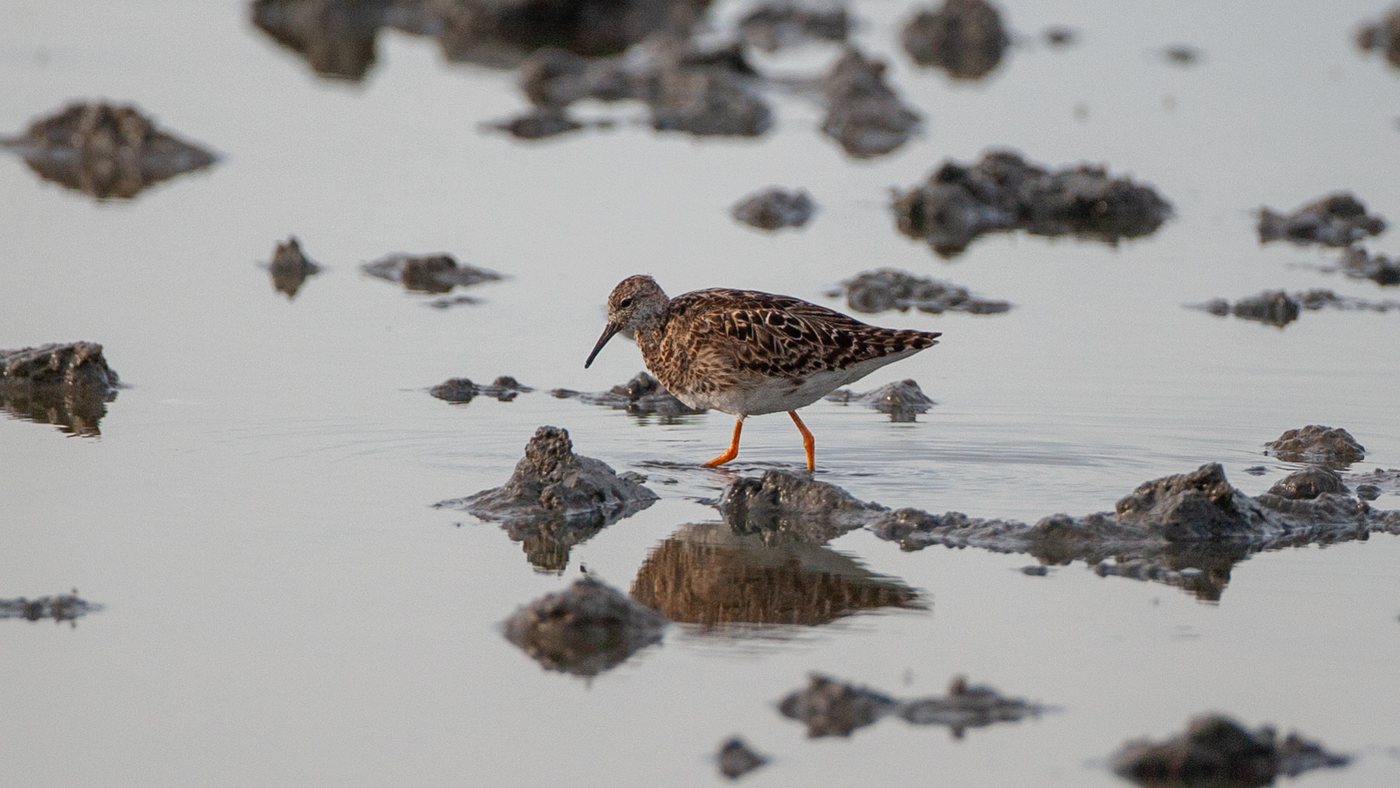 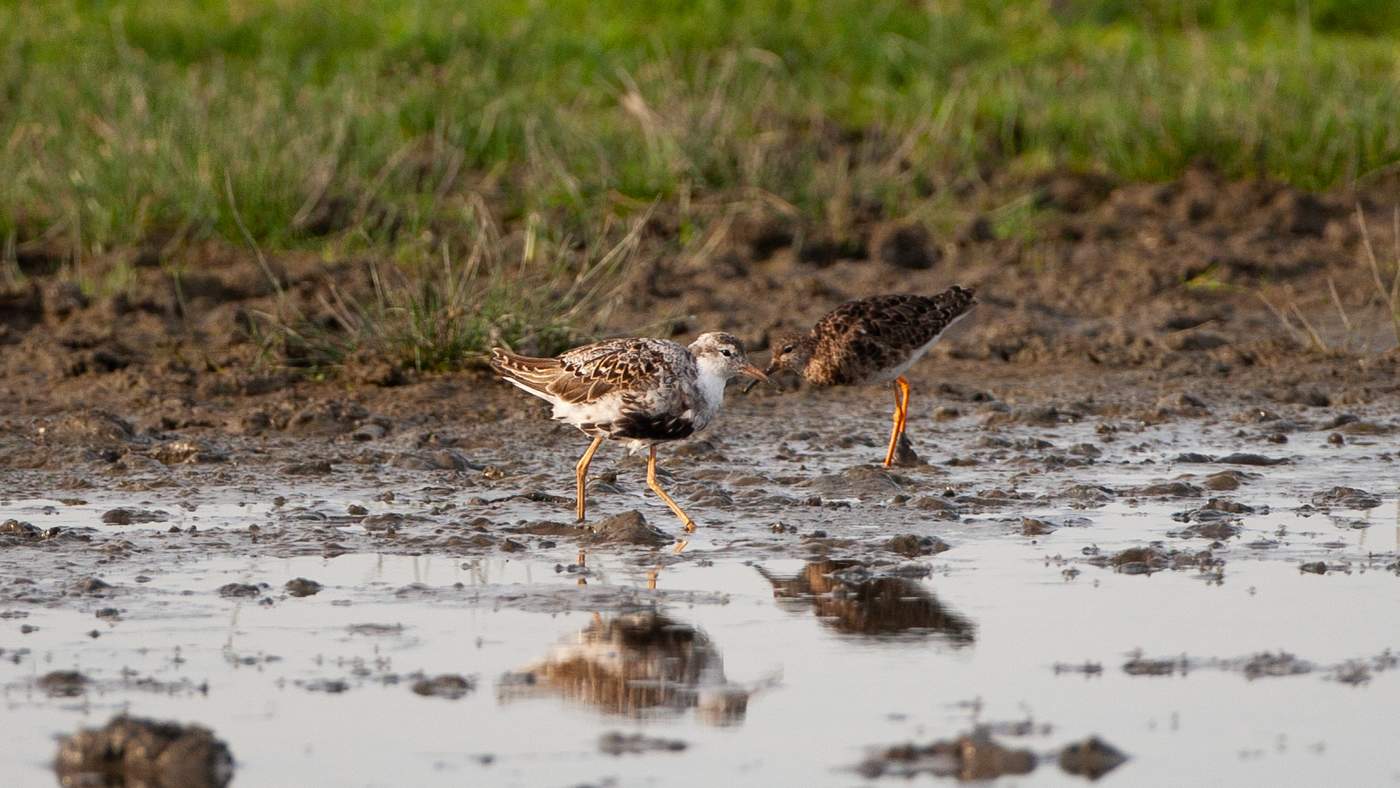 Pieter and Maartje arrived at 5.30 am and quickly we continue the journey. The first destination was the Ezumakeeg. Here a Broad-billed Sandpiper was reported and it counted fore the annual list of Maartje. The ride went smoothly and we had the Keeg for ourselves upon arrival. We started in the spoting hut and the Broadbill was easily found. The bird sat at a reasonable distance to the hut and could well be viewed with the telescope. There were plenty of Ruff, at least several thousand copies. Also there were many Spotted Redshanks and Wood Sandpipers. A sign that there is already some migration. In front of the hut were also some Little Ringed Plovers and in between them a Sanderling in summer plumage. There was much to see and then we spent some time in the hut. Meanwhile there could be some pictures made. 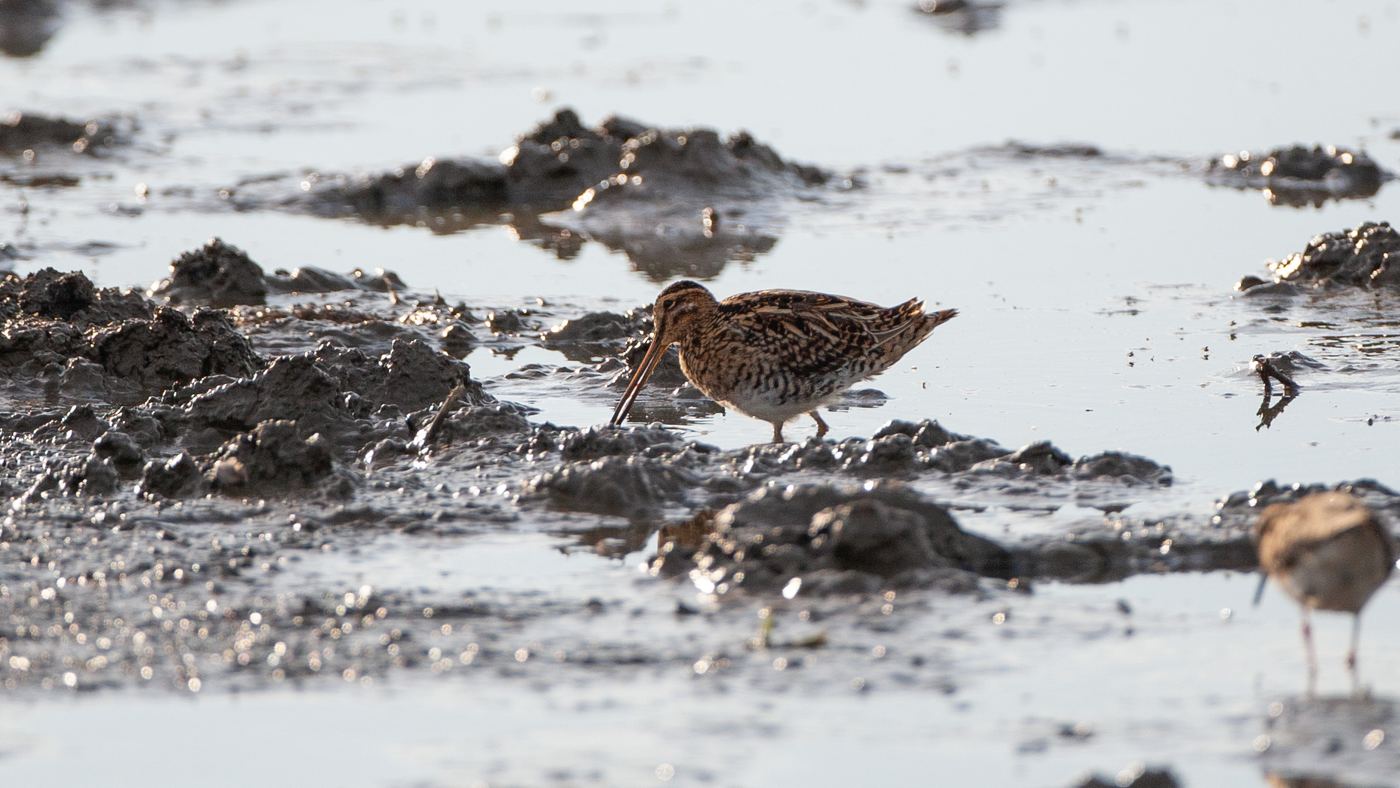 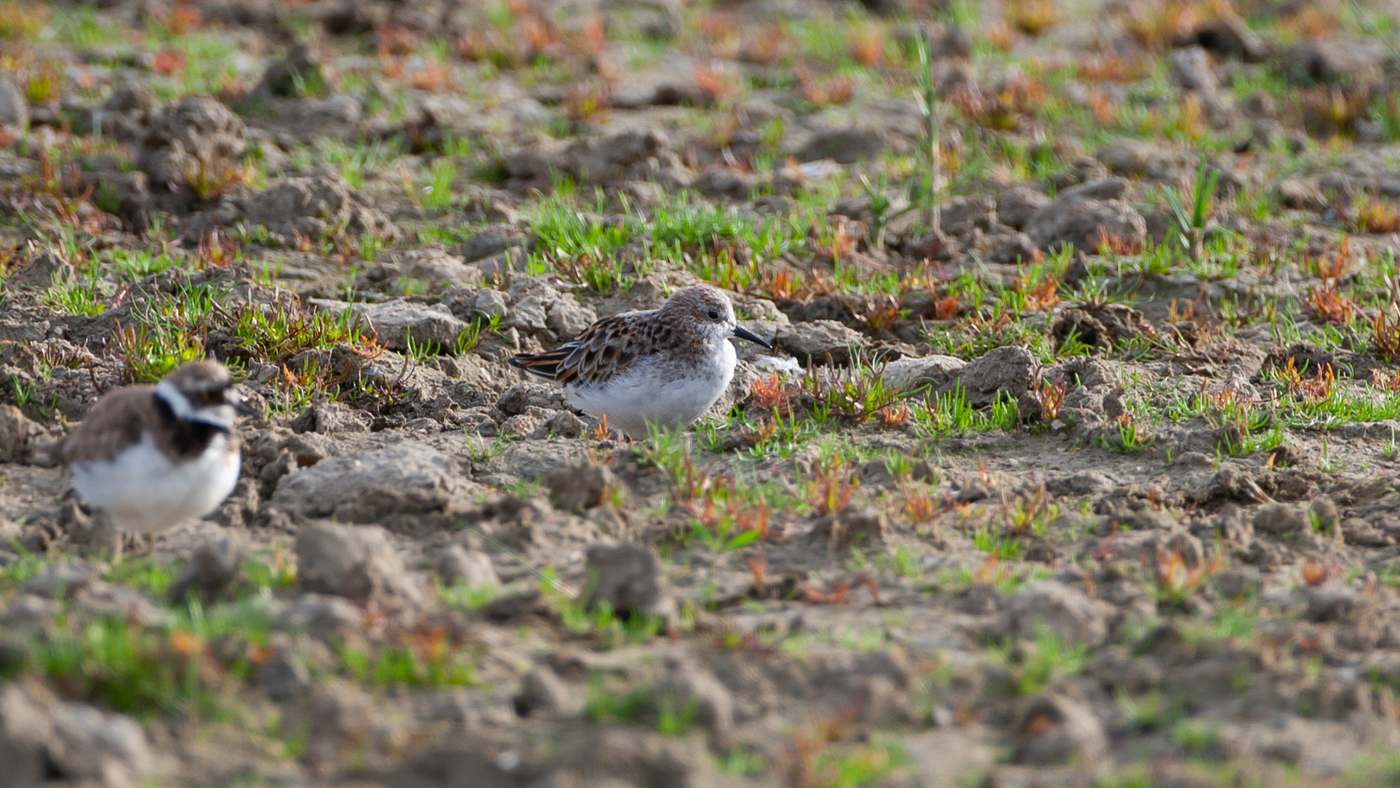 We left the hut and went to the northern part. Again, many Ruff but an expected Caspian Tern could not be found. 2 Northern Pintails were found and they counted for the monthly list of Pieter. Suddenly, there was great panic among the birds and a moment later a Marsh Harrier flew over with prey. After an intensive search beside the usual species we found nothing more special. We therefore now proceed to the port of Lauwersoog. A round yielded only a Black Redstart. The mudflats at the Coastal Road were inspected and also here there was not much to see. We drove back to the lake and stopped at the Vlinderbalg. Sometimes in the summer there are Common Goldeneyes present and that was also the case now, we found at least 10 copies. 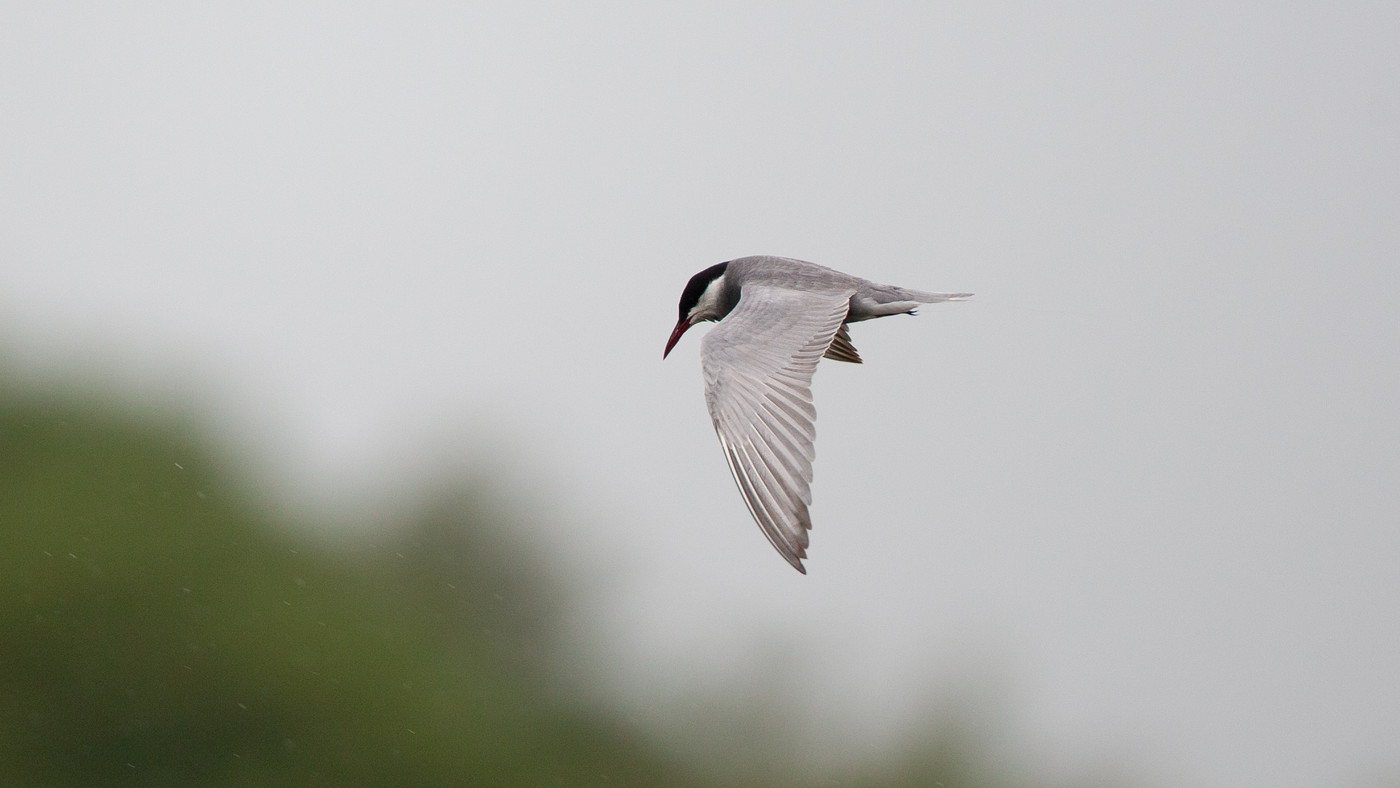 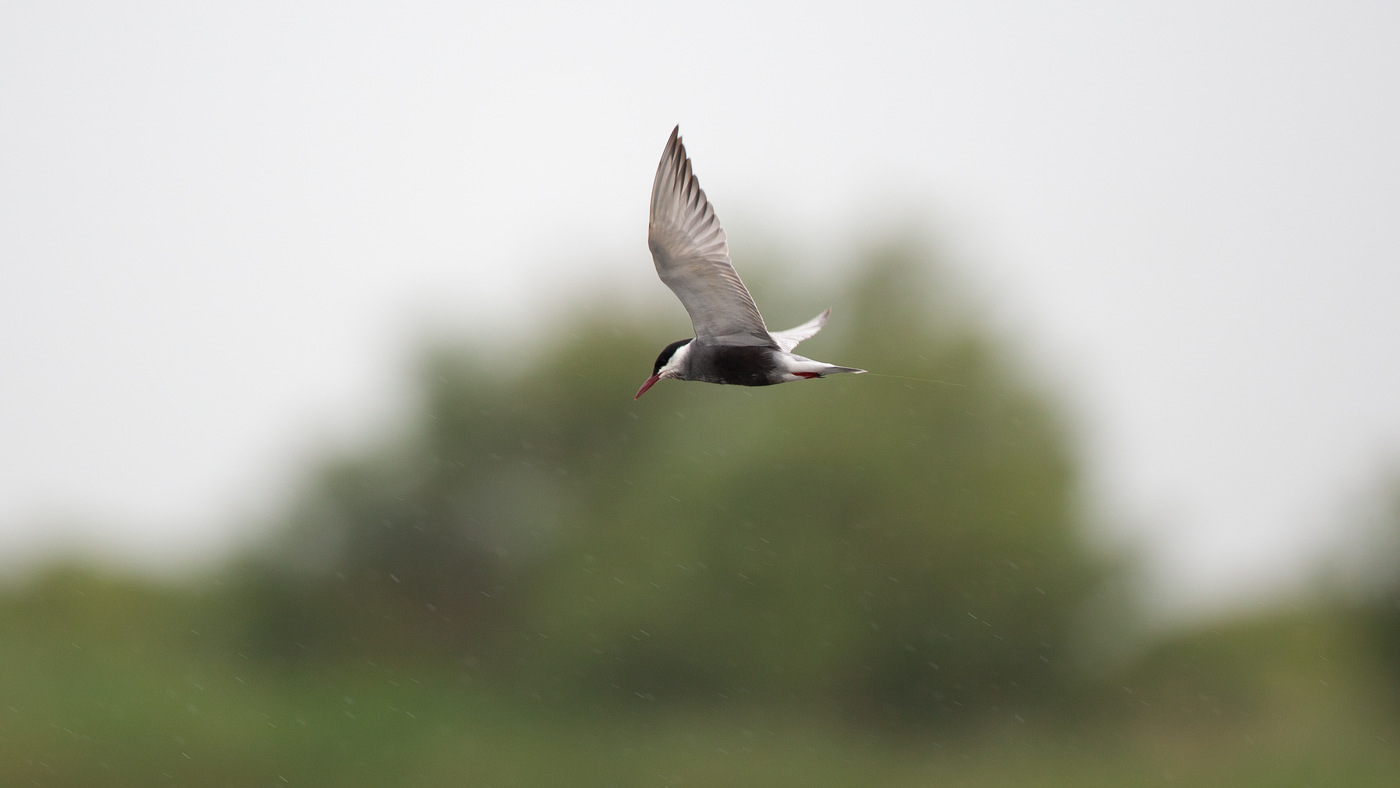 A little later we were in the hut of the Jaap Deensgat and also here there were many birds. A large group of Spotted Redshanks sat on the mudflat but unfortunately no Caspian Tern. Everything was well searched but here were no special additions to the usual types of sightings. We left the Lauwersmeer with just under 80 species and head to the Kropwolderpolder at Westerbroek. A group Whiskered Terns had chosen the nature reserve as a nesting place this year, for the Netherlands this is very special. Also there are 3 Glossy Ibises in the area. Along the way the weather forecast proved to be true and it started to rain. After a ride of 45 minutes the car was parked and we started the short walk in the rain. It was not long before the first Whiskered Tern was seen, for me it still counts for the month list. A little further we could see birds at the nestsites. The birds came regularly at short distance. In spite of the rain there I managed to take some reasonable pictures. We stayed here at least an hour and were soaken by the rain but that did not spoil the fun. On the way back to the car at short distance a Spotted Crake was heard. 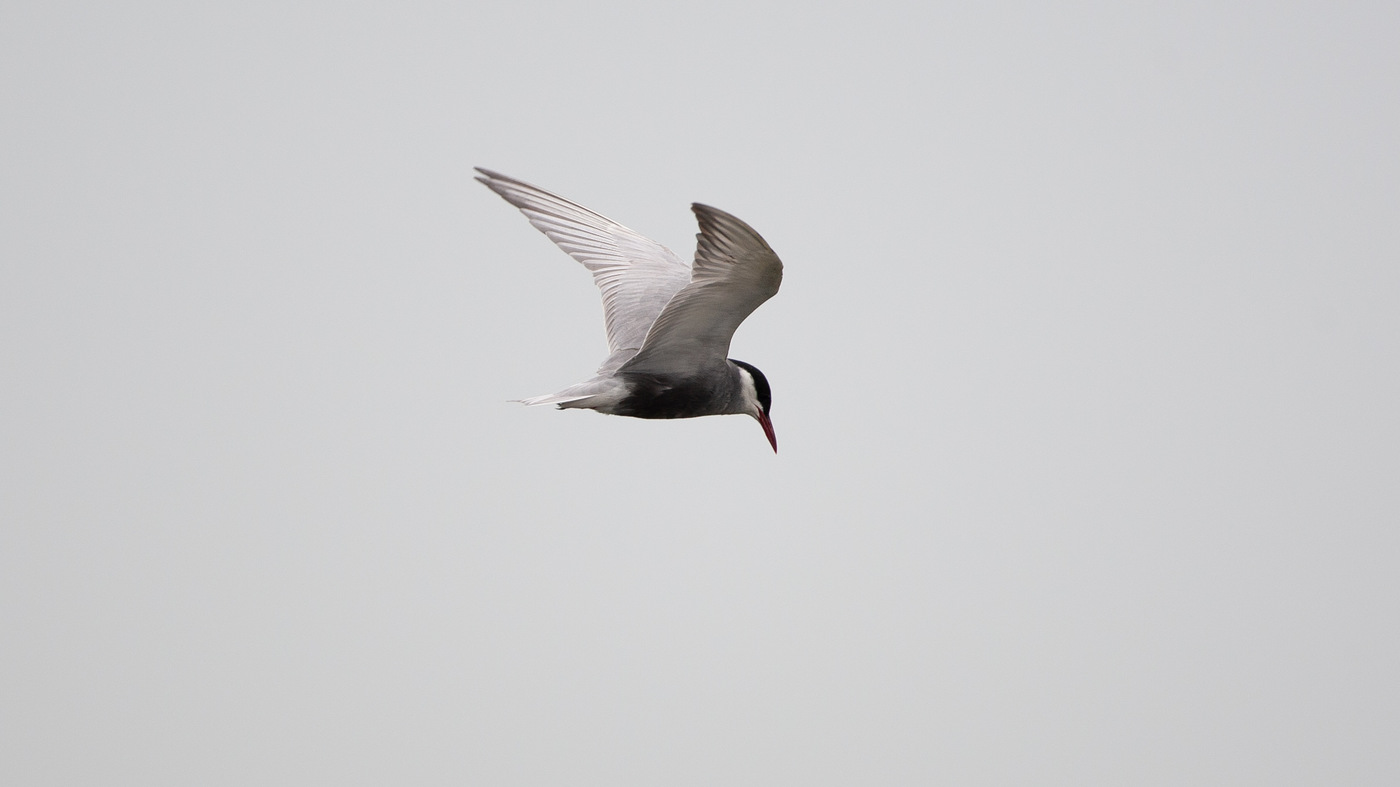 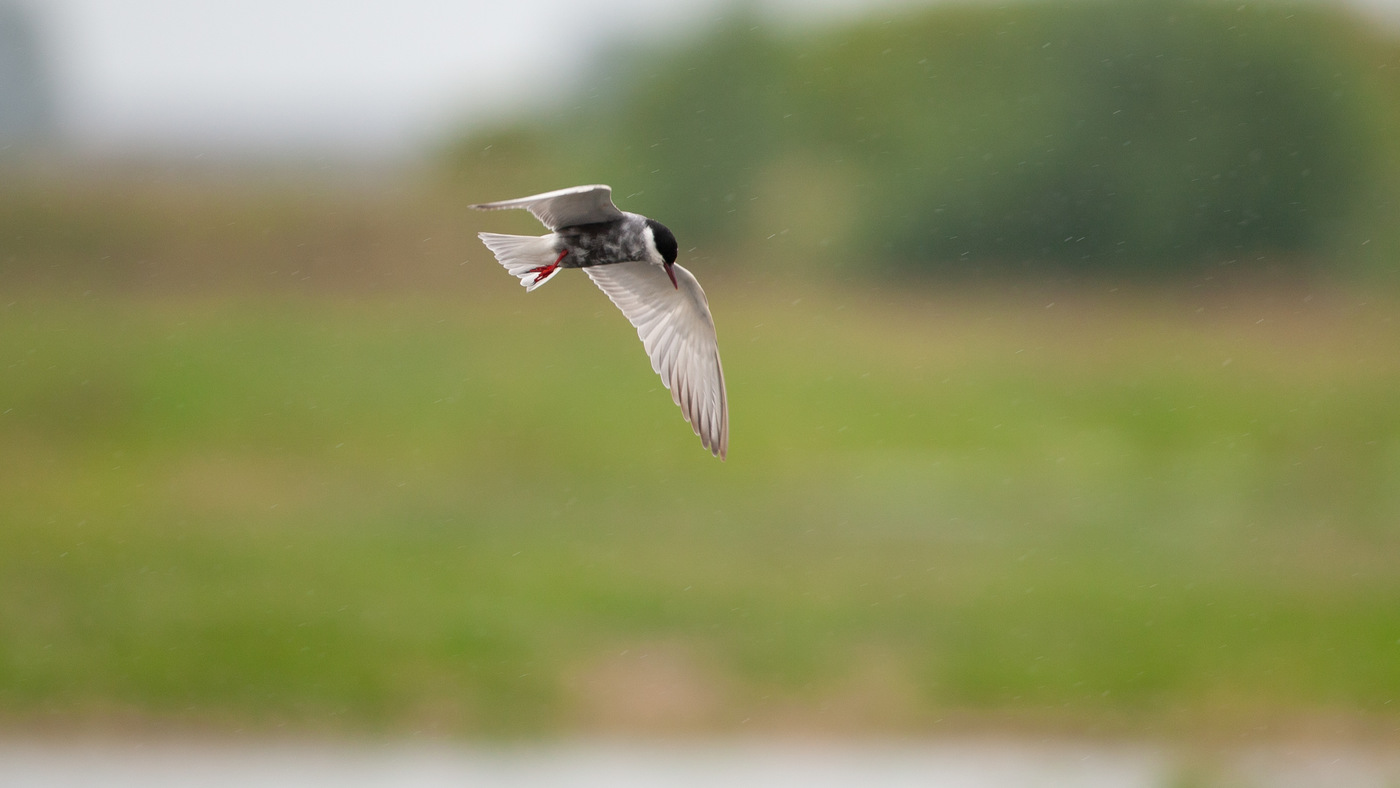 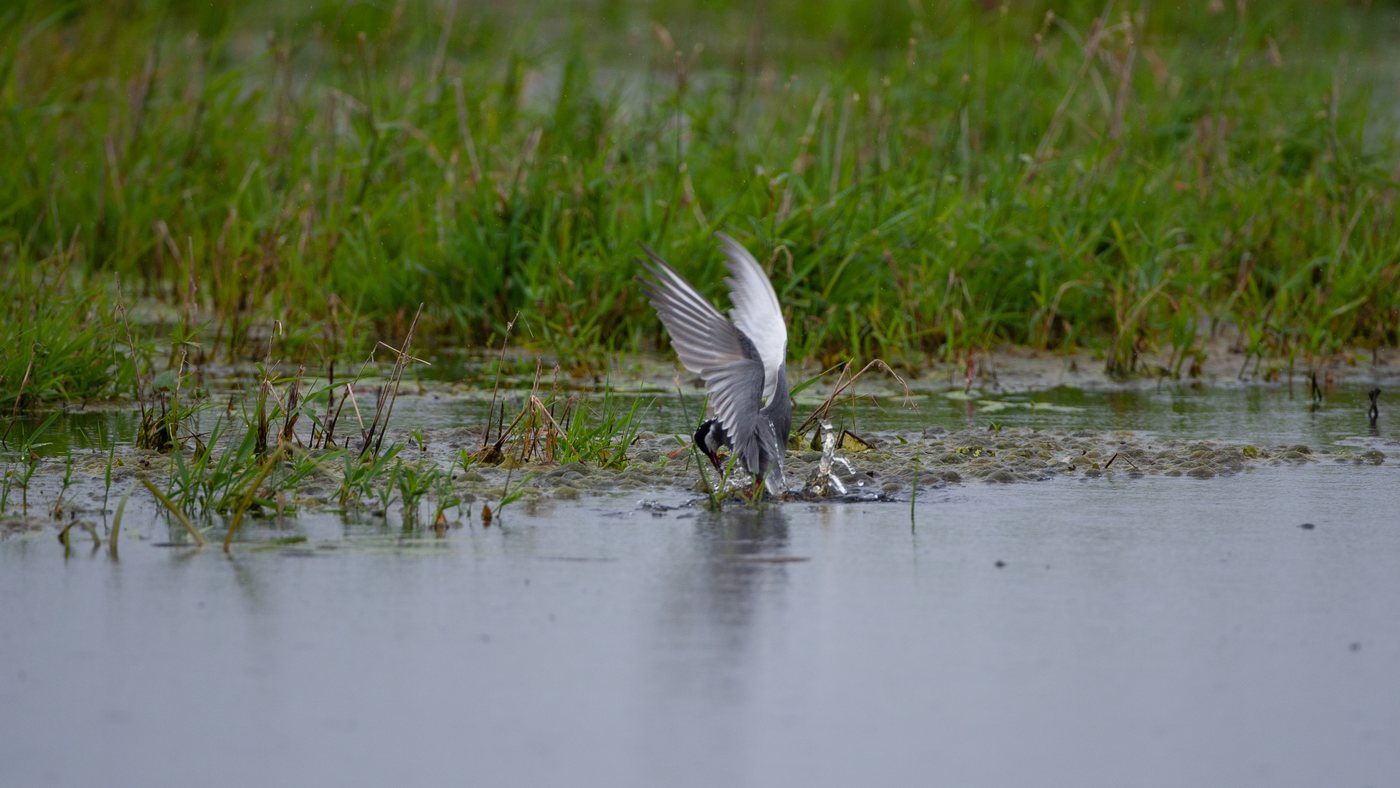 The Glossy Ibises were on the other side of the nature reserve and after a ride of 10 km we were at the pumping station. From here you have a good overview and because of the dense vegetation this is not a luxury. 2 present birders had seen the Ibises flying but the birds had landed out of sight. The place was pointed and it took about 10 minutes before I saw 1 of the birds here. A second bird could be seen later. 2 Black-winged Stilts were found after some searching. Because it started to rain harder, we decided to continue. Next stop was the Pallid Harrier that is present for some time now in Exloërveen. The whole trip we had heavy rain and also at the entrance of the area it was still raining a lot. 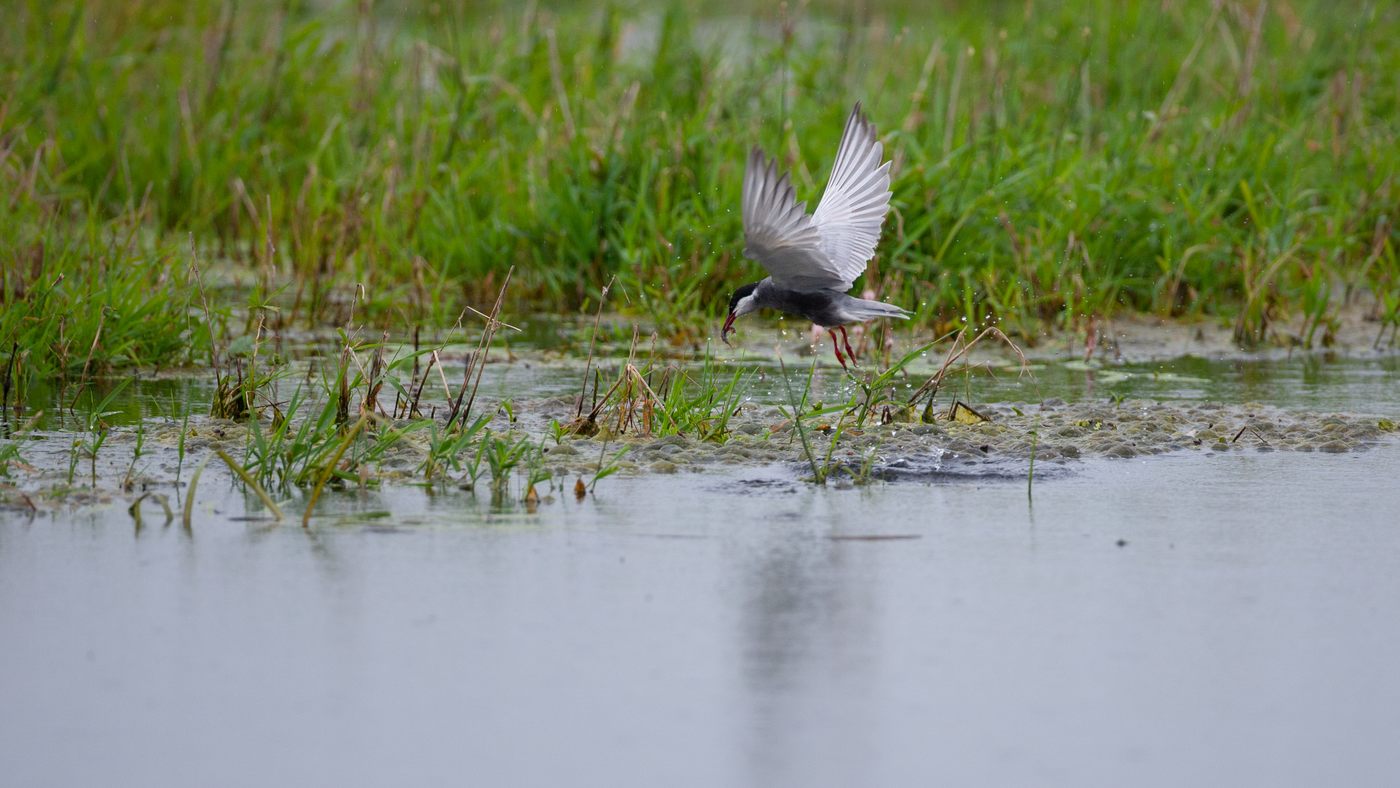 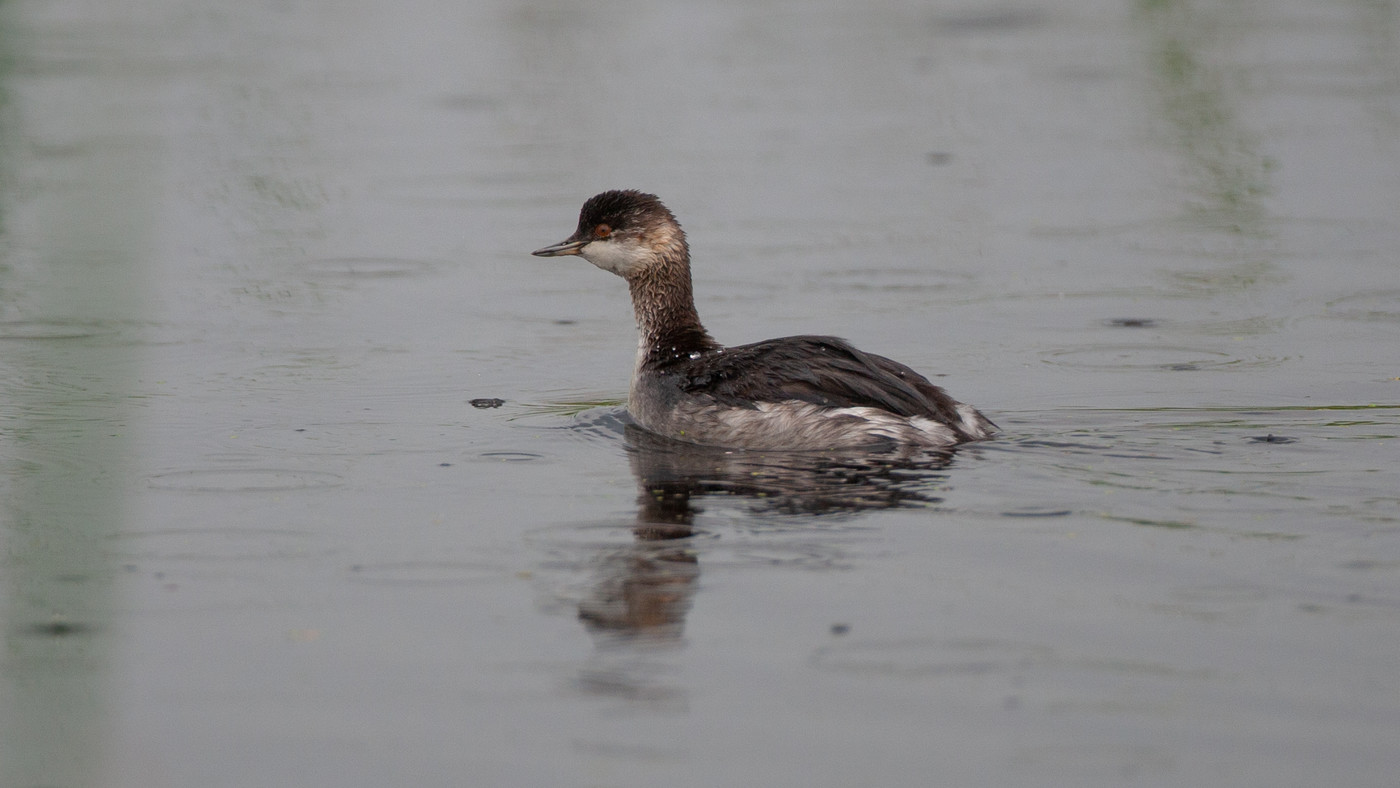 Because of the rain there was not much chance to find the bird and after a lot of searching we gave up. So this month I must again return. According to the rainfall radar it was dry in the middle of the country and the best option seemed to be the Woodchat Shrike that was discovered yesterday in Bunschoten. This counts even for the month list and is a nice ending to a successful day. After a long drive, we drove on the embankment from which the bird could be seen. There were some birders but they indicated that for some time now the bird was not seen. After much searching Pieter found the bird back after a quarter sitting on a post. A very good species for the month of July!

It was almost 6 pm and we drove back to the carpool spot in Huizen where I said goodbye to Pieter and Maartje. Despite the rain it had been a very nice day with 106 species for the daylist. Of these, 3 counted for the month list.