A day of month listing 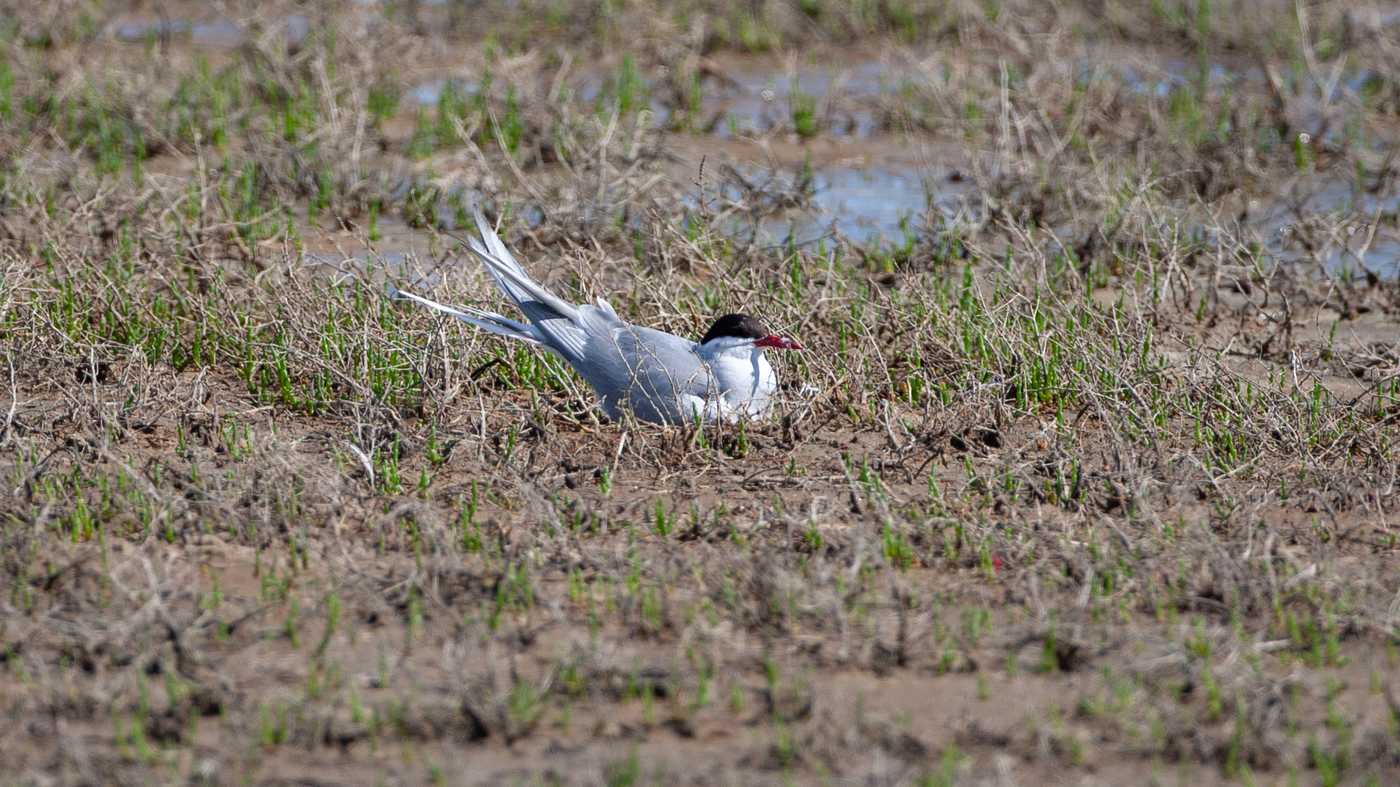 A new month has begun so a day of month listing was planned. A possible list of species was established (Common Merganser, Bufflehead, Red-breasted Merganser, European European Shag and Iceland Gull) and together with Thijs we left around 6 am from Wageningen.

Our first stop was near Driel, here for some time now a pair of Common Merganser is present. This is not far from Wageningen and quickly we drove up the dike by the river. The pair was discovered almost immediately and the first new month species was a fact. We headed now to Barendrecht in the hope that the known Bufflehead is still present. The Gaatkensplas was searched but there was no trace of the Bufflehead. We climbed the lookout hill, the duck is sometimes seen on the river. A thorough search yielded a Beaver and a singing Marsh Warbler (this counts for the year list) but no Bufflehead.

We drove on to the Oostvoorne Lake, here are often Red-breasted Merganser and Guillemots. We stopped halfway up the dike and Thijs quickly found a Red-breasted Merganser. A Goldeneye was also seen here. We drove on to the dive school where we found 2 Guillemots. Next stop was the port in Stellendam. A search at the docks did not yield much. It was low tide and the mud flats were full of birds. We therefore drove to the harbour and the telescopes were prepared. It was here full of Ringed plovers, Grey Plovers, Bar-tailed Godwits, Sanderlings and Dunlins. Also a few Little Stints and Red Knots were found, the Red Knot still counted for Thijs. Many birds were in changing plumage what made determination not easier.

The Brouwersdam was skipped and we drove directly to the northern part of the Prunje Polder. Thijs still needed a Kentish Plover and a few birds were quickly found here. The new part of the Prunje Polder was searched without results and we drove to the northern part. We found a pair of nesting Arctic Terns. Thijs made a couple of sound recordings and I shot a few pictures. After that the Stolpweg was inspected and we further we drove to Neeltje Jans in the hope of European Shag. From a parking lot a telescope was set up on to the block of Roggenplaat. We found European Shag between the normal Cormorants. So far, so good.

Next stop is the sea dike at Westkapelle for the Iceland Gull. Upon arrival at the sea dike we were shocked a little of the large numbers of day trippers and fishermen. Despite 3 times driven up and down the dike, we could not find the Iceland Gull. We did see an adult Northern Gannet and a group of Common Scoters. The Iceland Gull was seen this morning so we expected that the bird was in t'Vroon. At the migration count site we drove of the dike and saw a remarkably light Gull at t'Vroon sitting amongst a group of Gulls. This was indeed the Iceland Gull. Tâ€™Vroon was further searched and this yielded a pair of Kentish Plovers. Before we drove away there was a check at waarneming.nl. It showed that in the morning a Whooper Swan in t'Vroon. We drove to the spot and indeed found a Whooper Swan, for both a new month species!!

Next stop was the Zandvoortweg for the Pink-footed Goose that sits here for some time now. After a long search and a chat with Pim Wolf we left without the Pink-footed Goose to Horst in Limburg. Here a Melodious Warbler was reported and we wanted to make an attempt for a European Serin and a Crested Lark at Venlo. The Canary and the Crested Lark were not found. The Melodious Warbler was fortunately not difficult and the bird was singing in full on arrival, it still counts for the year list. Thijs made some good sound recordings but it was not possible to photograph the bird.

It was a nice day for me with 5 new species for the month and 2 for the year list. The daylist was good for 99 species.