Buff-breasted Sandpiper in the mudflats of Flakkee 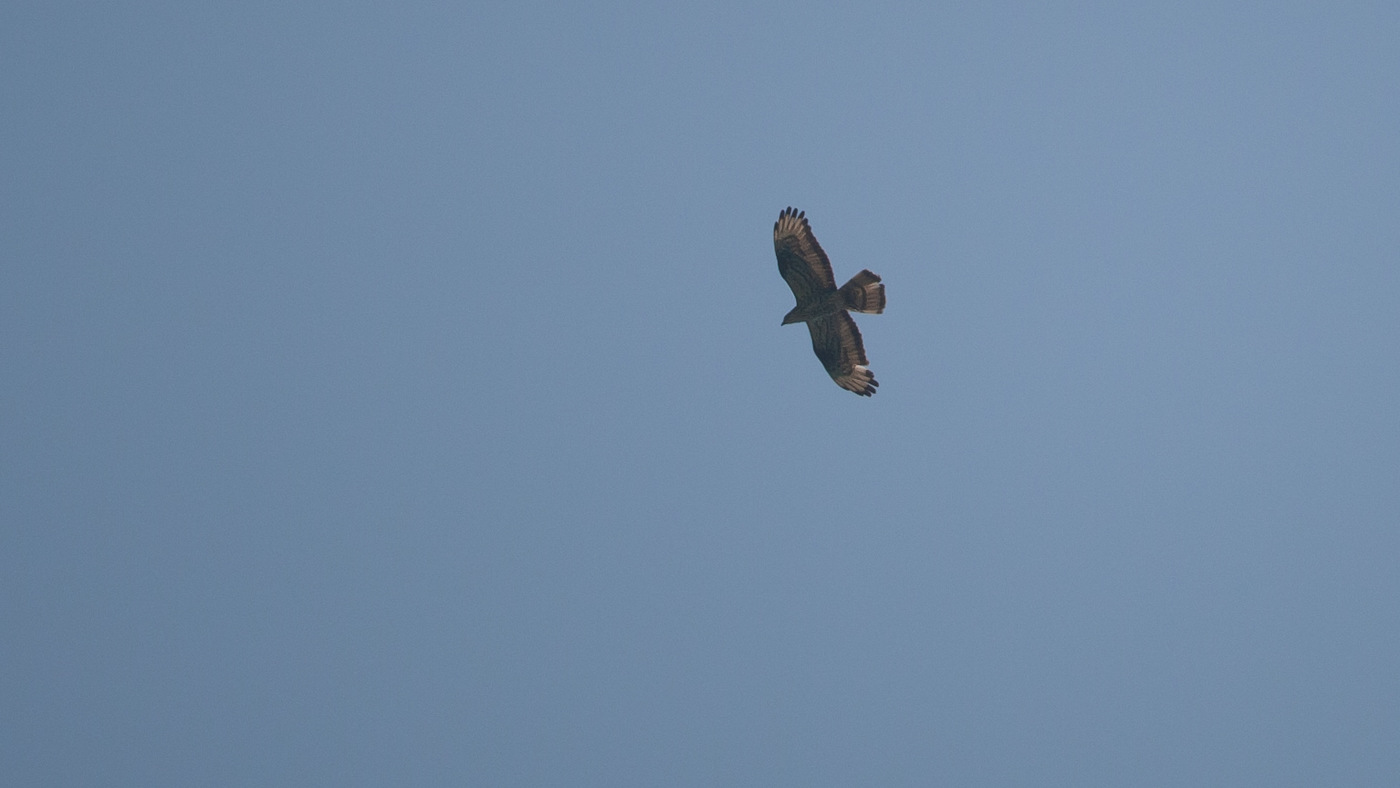 It is a large and complex area and I had been here before and dipped a Buff-breasted Sandpiper. The bird was seen on the edge of the mudflats which meant that he was at a distance. In the morning you have the sun in the back and there are no air vibrations so we wanted to be there at first light. Along the way was stopped for coffee and at 6.45 am we walked upon the dike. There was a strong wind and it was not exactly warm. The telescopes were prepared and the search could begin. With the first scan of the area Buff-breasted Sandpiper was not found. I did see 6 Red-breasted Mergansers and they count for my monthly list. A Little Egret flew past us and Thijs discovered a possible candidate between some Ringed Plovers. Unfortunately, the bird flew at the same time and landed in a place where he was not in sight. Fortunately, the bird soon appeared again and now could clearly be established that indeed it was the Buff-breasted Sandpiper.

After reporting the bird on the internet, we drove to the Brouwersdam. Yesterday, there were 2 Purple Sandpipers reported here and they are still missing on my monthly list. At the Brouwersdam there was a strong cold wind and of the Purple Sandpipers lacked any trace. We drove on to the Prunje Polder where we started in the northern part. The mudflats were full of birds and the telescopes were prepared for a detailed inspection. We counted 9 Kentish Plovers and found 3 Temminck's Stints a Mediterranean Gull called in the distance. We drove to the south and here was nothing special. The Sandwich Terns that nested here in recent years were completely absent. 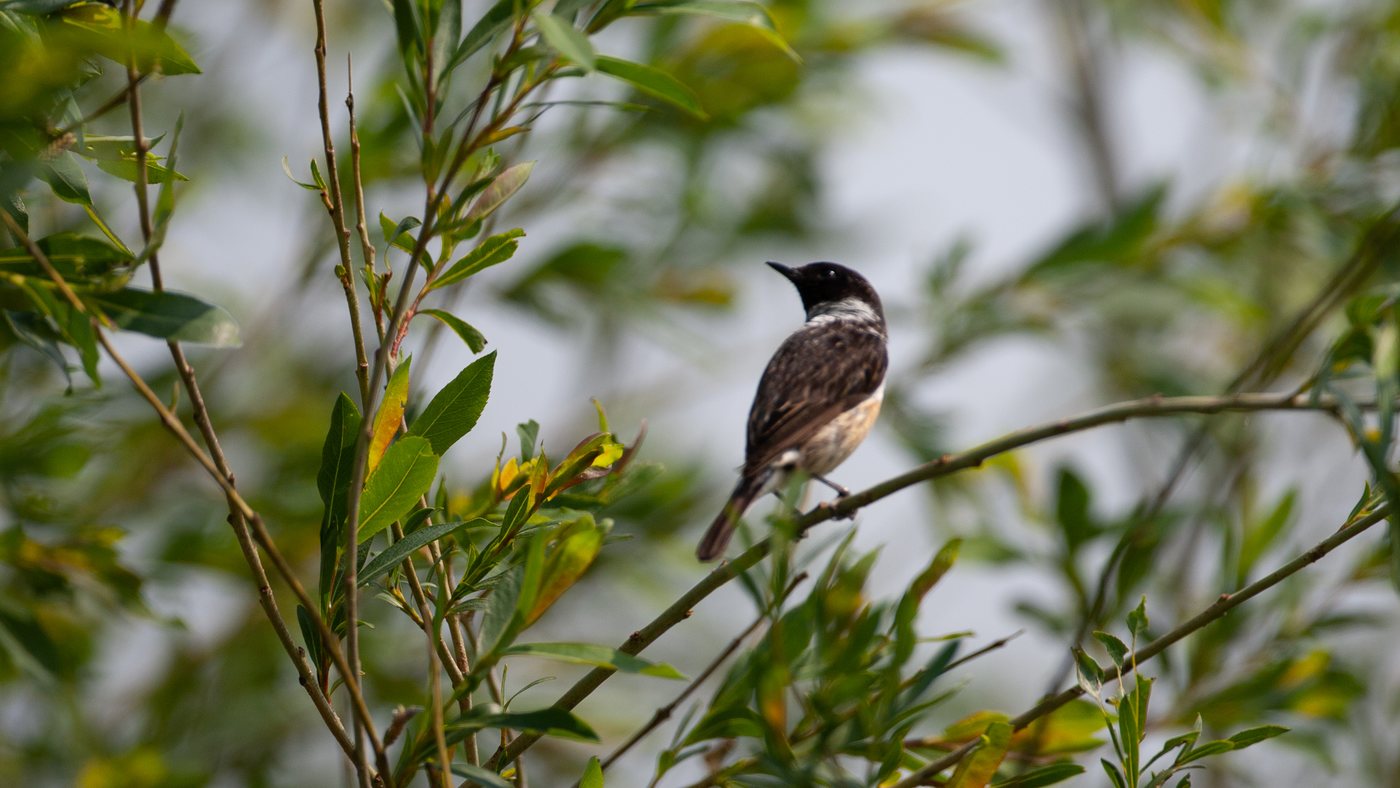 We left and drove through the island Neeltje Jans to where the Pacific Golden Plover was reported. Here we quickly found a solitary Golden Plover with the characteristics of a Pacific. Only in flight when we saw the brown underwing we were sure of the identification. A present Pink-footed Goose counted for the monthly list and we drove on to t'Vroon. First, at the sea dike, we paid a visit to the long present Iceland Gull and then put up the telescopes at t'Vroon. Thijs discovered a British Yellow Wagtail and later 2 Grey-headed Wagtails. The shell beach in the northern part was filled with courting Little Terns, a magnificent spectacle. We had the most target species in the pocket and discussed the options. Zealand did not offer much more and the bad weather made us decide to drive to Chaam where 3 Tundra Bean Geese were present. There's also a chance for a special wading bird or Tern. After that we wanted to drive to a reported Black-winged Kite in the vicinity of Wageningen.

At the cabin in the Bleeke Heide in Chaam the 3 Tundra Bean Geese were quickly discovered. 2 Icterine Warblers were singing against each other and they are still new to the year list. The sun was shining here and the temperature was pleasant. Meanwhile, the Black-winged Kite was reported away, the bird was chased by 2 Crows. We decided now to go to the Biesbosch instead. Upon entering the polder a Ruddy Shelduck was seen. We now drove with the windows open and were treated to a bird concert interspersed with a lot of Nightingales. Icterine Warblers were also heard here, we secretly hoped for a Common Rosefinch but was not heard. A Honey Buzzard was picked up at altitude. In the polder Maltha a Smew was reported for some time so that was the next destination. Here the car was parked and we went further on foot. The first singing Cetti's Warbler was heard, there would be another 3 to follow. A Savi's Warbler and a Grasshopper Warbler were noted but no Smew. Back at the car we decided to drive to the dike, maybe we could see the Smew from here. This too was unsuccessful, though we did see a Kingfisher.

It was now over 4 o'clock and time to drive home. It was a very pleasant day with a full list of 123 species. Of these there are 4 new for the year list which now stands at 266 species.