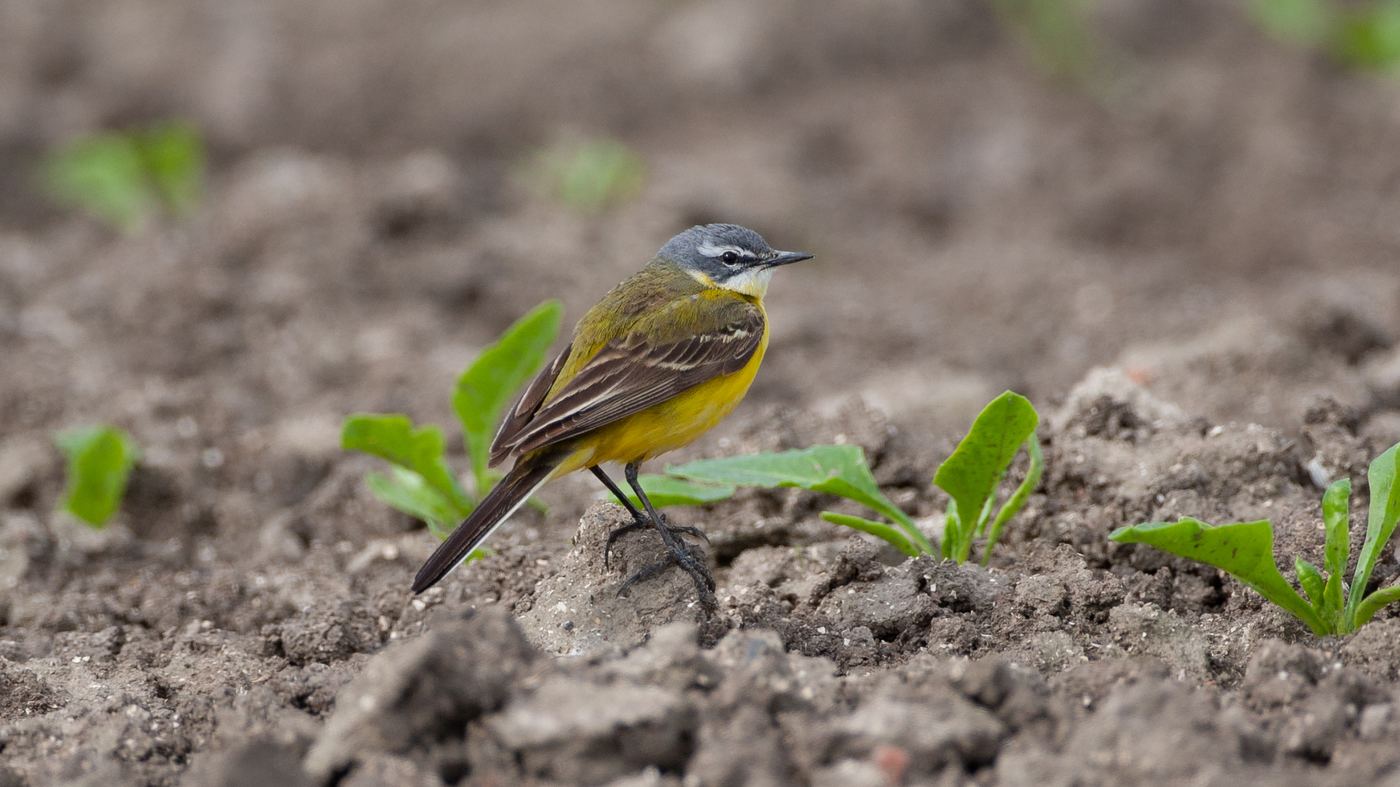 This year we again participated in the Top of Holland. With a slightly different approach as in previous years, Alwin and I enrolled as a team called "Twitch & Go" 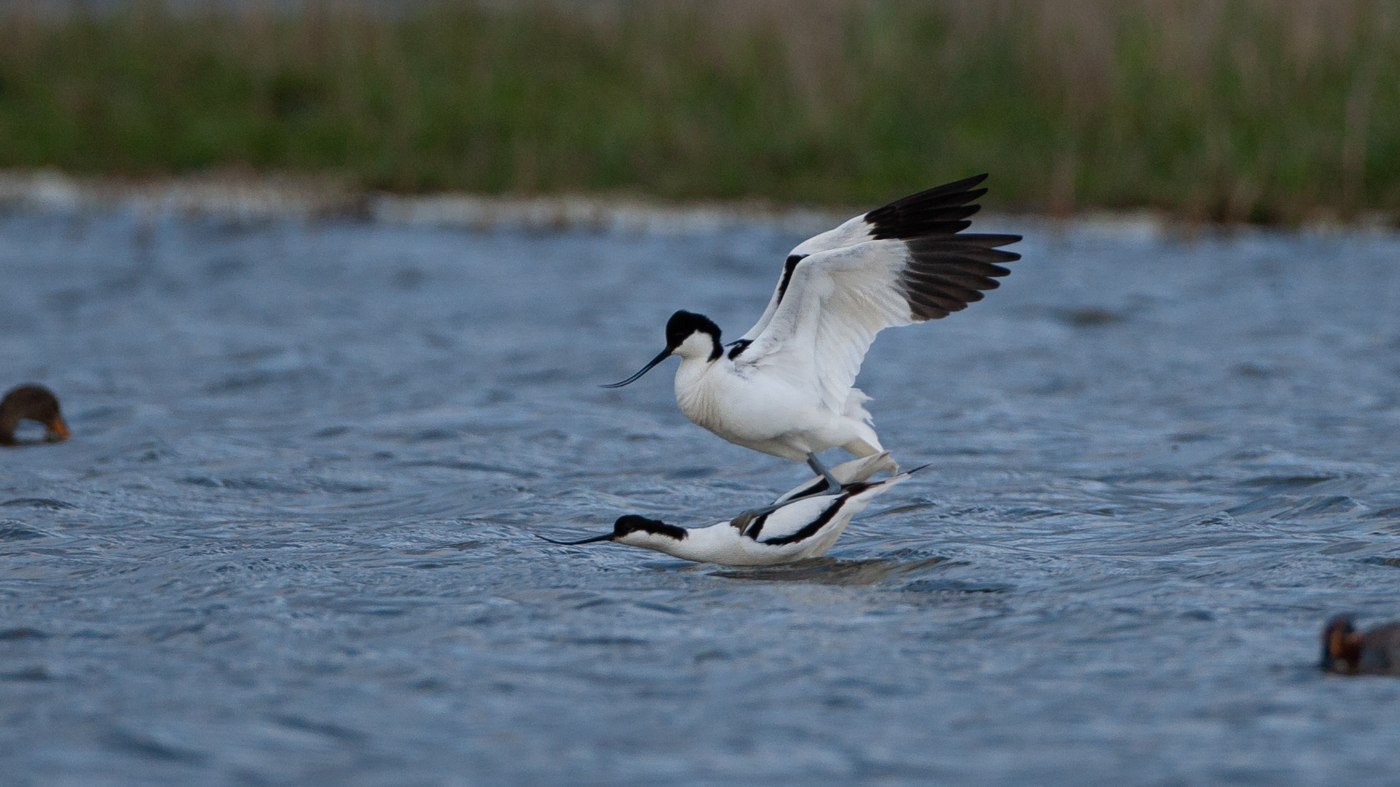 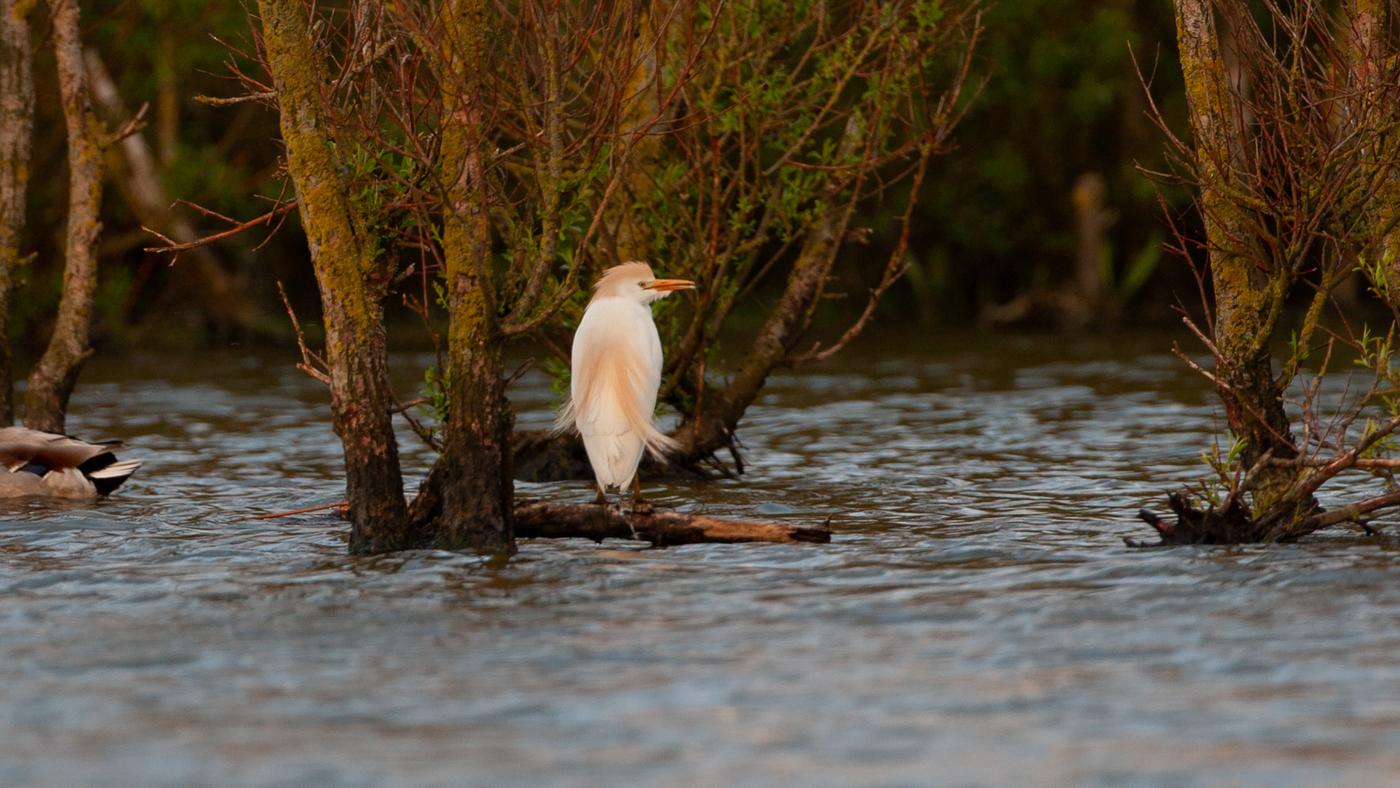 On Friday I left for Friesland, I spend the nights this weekend with my aunt who lives in Oudwoude. In the evening I went to the Ezumakeeg for an inspection. The water is fairly high and there is a strong cold wind. Upon arrival an adult White-tailed Eagle flew above the Keeg and caused a lot of panic. There were some proof pictures made. I begin in the northern part but there is nothing special. During a visit to the southern part a Garganey was put on the picture. There are some waders here but a previously reported Pectoral Sandpiper I cannot find. I drive back to the middle part and here I photograph a mating pair of Pied Avocets. In the distance I see a Cattle Egret which is with great certainty the bird that was previously reported at the Pomp. The bird is harassed by a crow and moves towards a reasonable distance nicely in the sun. The bird sits in a beautiful breeding plumage and there are some nice pictures made. Back at my aunt, I have phone contact with Alwin. I wanted to start in the Breebaart Polder but we decide to meet each other at 6 o'clock in Diependal. From there it's quickly towards Schierzicht where we go further with 1 car towards the Breebaart Polder.

I arrive at 5.45 at the parking lot in Diependal and Alwin has not yet arrived. A Spotted Flycatcher is heard and this bird we had not previously here. Alwin is just in time to see a Great Egret flying over and also this bird we had not here yet. During the walk we witness a beautiful sunrise and it seemed that it would be a beautiful day. From the spotting hut the Red-necked Grebes are seen and these were still missing on my year list. This also applies for a singing Eurasian Reed Warbler. Besides the usual species, there is not much more we quickly now drive to the Lauwersmeer. We will first check the Keeg followed by the Bant Polder towards Schierzicht where we go further with 1 car. In the Keeg we find a few Temminck's but otherwise it is empty. We drive to the Bant Polder and discover a Black Brent, this is a bird that has not previously been reported and provides the first points. 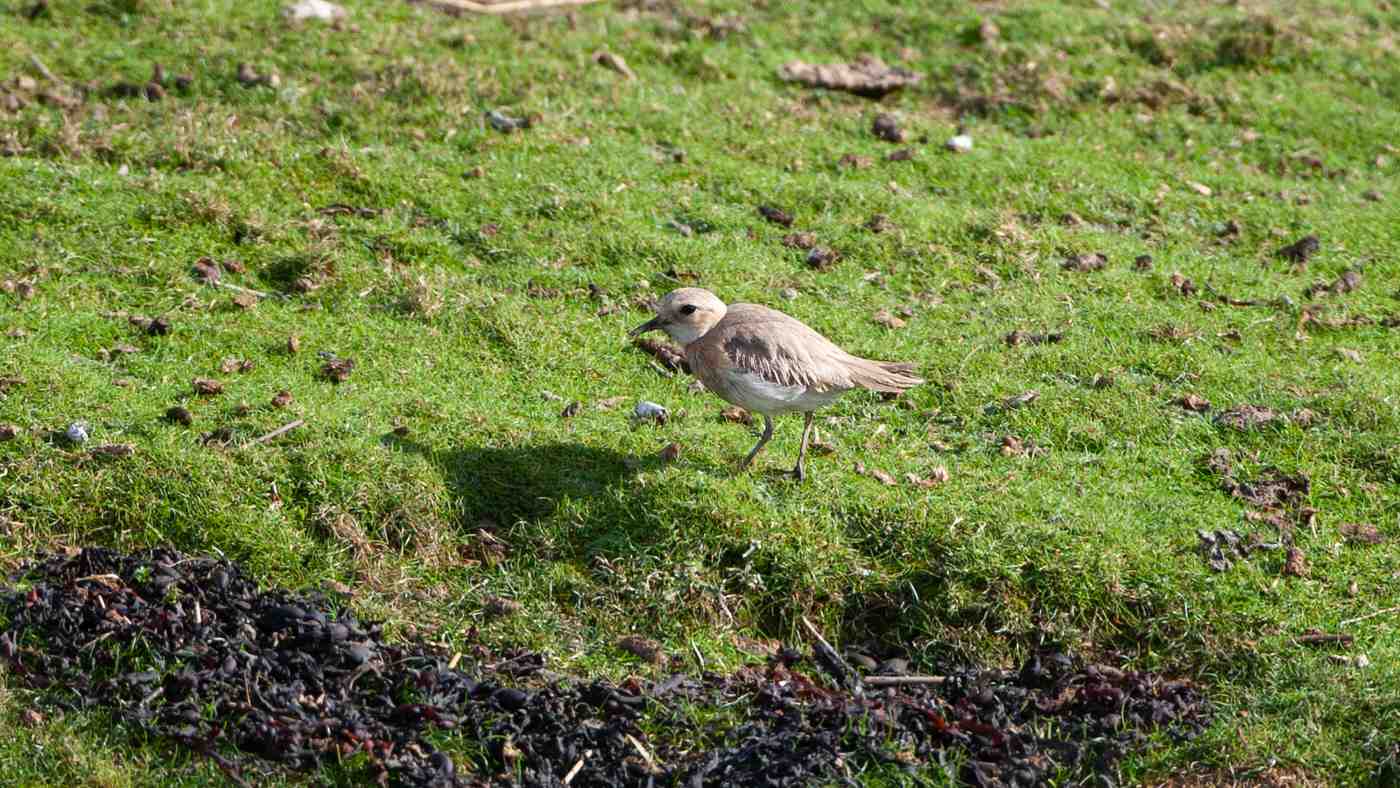 We drive further in search of the present Arctic Terns until a message arrives of a Greater Sand Plover in ........... The Breebaart Polder!! A bit upset, we look at each other but decide to immediately head for the bird. Alwin's car is left behind and we start the 71km journey. Around 8 o'clock we are at the top of the dike and the bird is viewed not too far away, a topper for the TOH. There are some pictures made and after a half hour we drive towards the Venneweg to visit the Montagu's Harriers. Charles Martens & son follow us. During the ride we agree that after the Harriers we continue with a visit to the nature reserve area "Tetjehorn" and after that the Eemshaven. A pair of Montagu's Harriers is seen when entering the Venneweg. We drive down the road in the hope of a Quail calling but there is none. We say goodbye to Charles and head for Tetjehorn.

Upon arrival, the air is grey and there is a strong cold northwest wind. We climb the tower and scan the area. We find a dozen Temminck's and there are some Common Greenshanks. In a group of Yellow Wagtails we find a Grey-headed Wagtail. According to a few birders that are present there are 3 Savi's Warblers but they wisely hold their beaks. We continue to the Eemshaven. In a completely unrecognizable port (compared to a few years earlier), we seek the remaining bushes off. A Black Redstart, a Lesser Whitethroat and some Linnets are all we find. We drive to the other side of the port and a Common Tern is put on the photo. Here and there we see a Northern Wheatear but that was it. 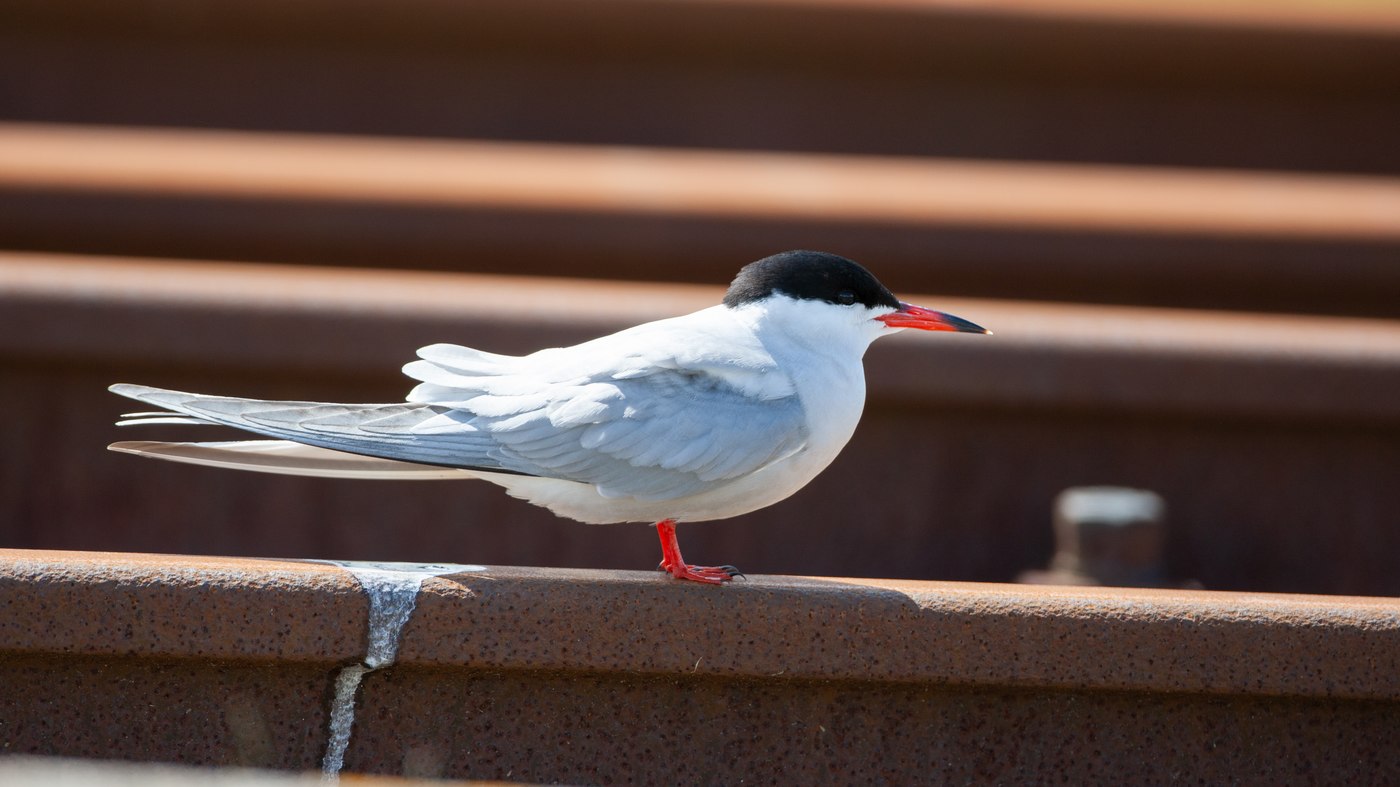 After some discussion we drive back to the Lauwersmeer where we want to begin in the Jaap Deensgat. Along the way an excited Charles phones: We have found European Bee-eater! I ask where, and the excited voice answered: In a tree! This sounded a bit funny but Charles made it clear that the bird was at the Jaap Deensgat, with only 28km on the odometer the paddle goes to the metal. About 10 minutes later Charles phones again and reports that the bird has flown away. Unfortunately but that is part of the game. At the Jaap Deensgat we find from the lookout bump a British Yellow Wagtail and there are also a few Grey-headed Wagtails. Unfortunately, no Spotted Crake and again the phone rings with Charles on the other side. He reports that the European Bee-eater is heard again. We take a sprint and a little out of breath I arrive at the car. The European Bee-eater is heard at the Old Robbengat and 5 minutes later we are on the spot. After nearly an hour waiting we give up and drive to the coast road. The tide is coming in and it is full of Grey Plovers and Bar-tailed Godwits. Between a group of Common Ringed Plovers there are a number of moulting Sanderlings who look exciting. We find 2 Whimbrels and some Eiders.

We drive back to the Bant Polder for the Arctic Terns and quickly found five birds. Between our Black Brent of the morning others found 3 Light-bellied Brent Geese. The group of Brent Geese is still there and we find a Light-bellied Brent Goose and we also see the Black Brent. There are also Eurasian Dotterels reported in this part of the Bant Polder and in the distance we see a group of birders. We join this group and in the distance we see 8 Eurasian Dotterels. We drive to the camping site The Pomp and make a walk. The trees here provide protection against the wind. A Hawfinch is heard and seen. A singing Pied Flycatcher is a welcome addition to the daylist and this also goes for a singing Short-toed Treecreeper. We hope to find a Golden Oriole and get rewarded with a bird occasionally singing, the Golden Oriole counts for both of us for the year list. 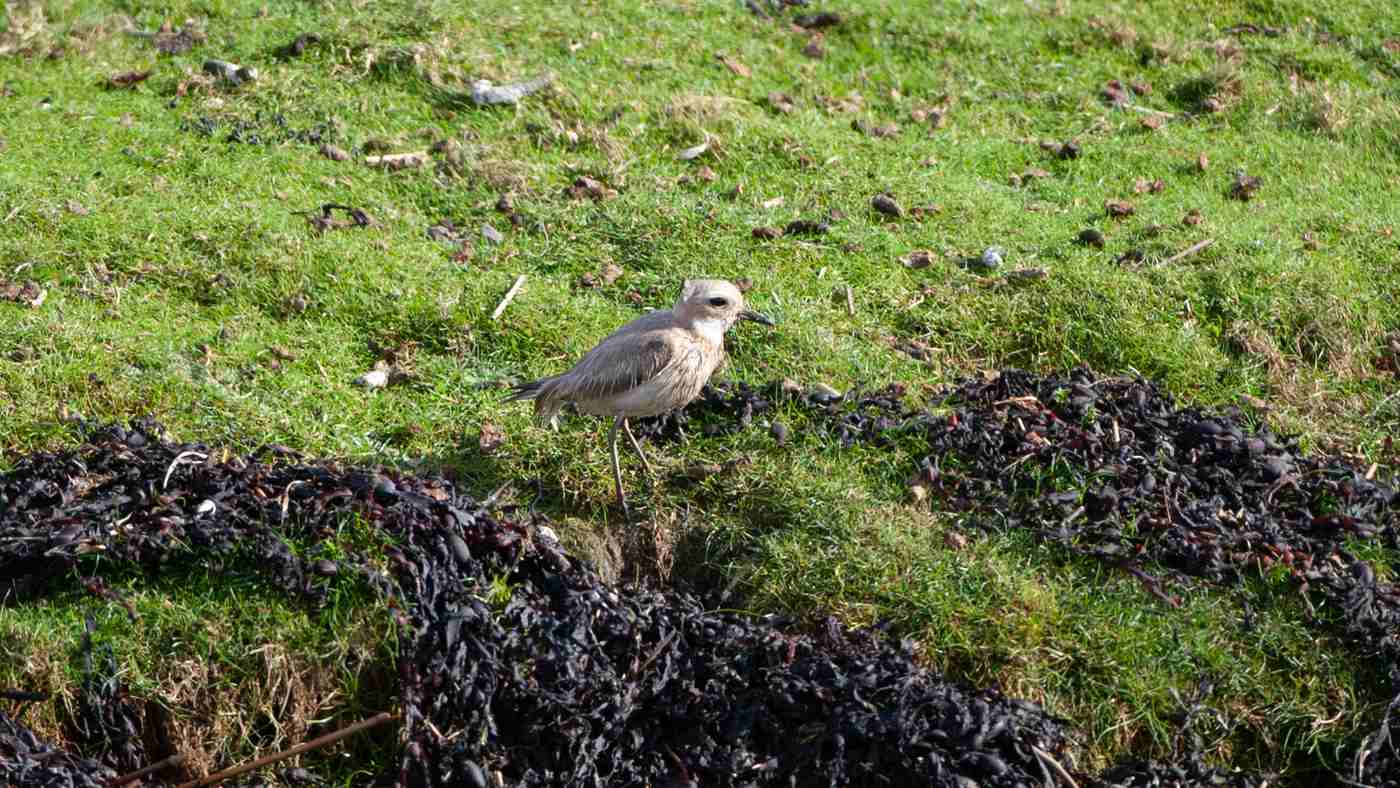 Its past five o'clock and we drive back to the Keeg. With better lighting conditions than in the morning the mudflats are intensively inspected. Again, it does not provide much more than in the morning. It is now almost half past six and we drive to Schierzicht where this year the ceremony takes place. Upon arrival we hear that a possible Semipalmated Sandpiper is seen at Coastal road. Alwin and a few others leave immediately and I stay behind. A beer is a welcome treat and I'll wait to see what comes. After 5 minutes at the same site also a Marsh Sandpiper is reported, exciting. However, I have agreed with the family who is coming. Time passes and the family has now arrived and is also Alwin is back. The Semipalmated Sandpiper turned out to be a Sanderling but the Marsh Sandpiper was real. 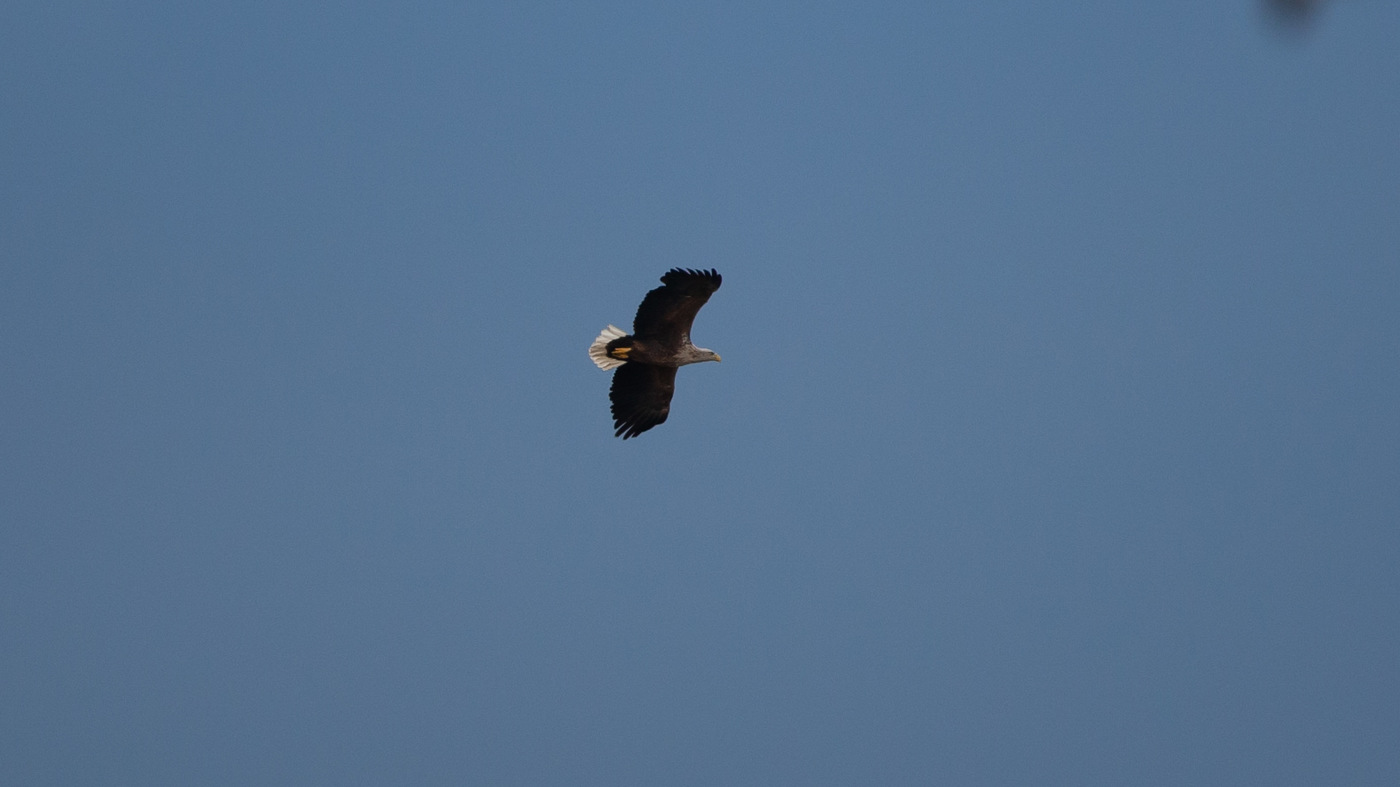 We order food and make up the daylist. We still managed to score 125 species and that is not wrong. The Greater Sand Plover was indeed the best bird of day. We are certainly pleased and did have a very nice day.