White-tailed Eagle at the Kamperhoek 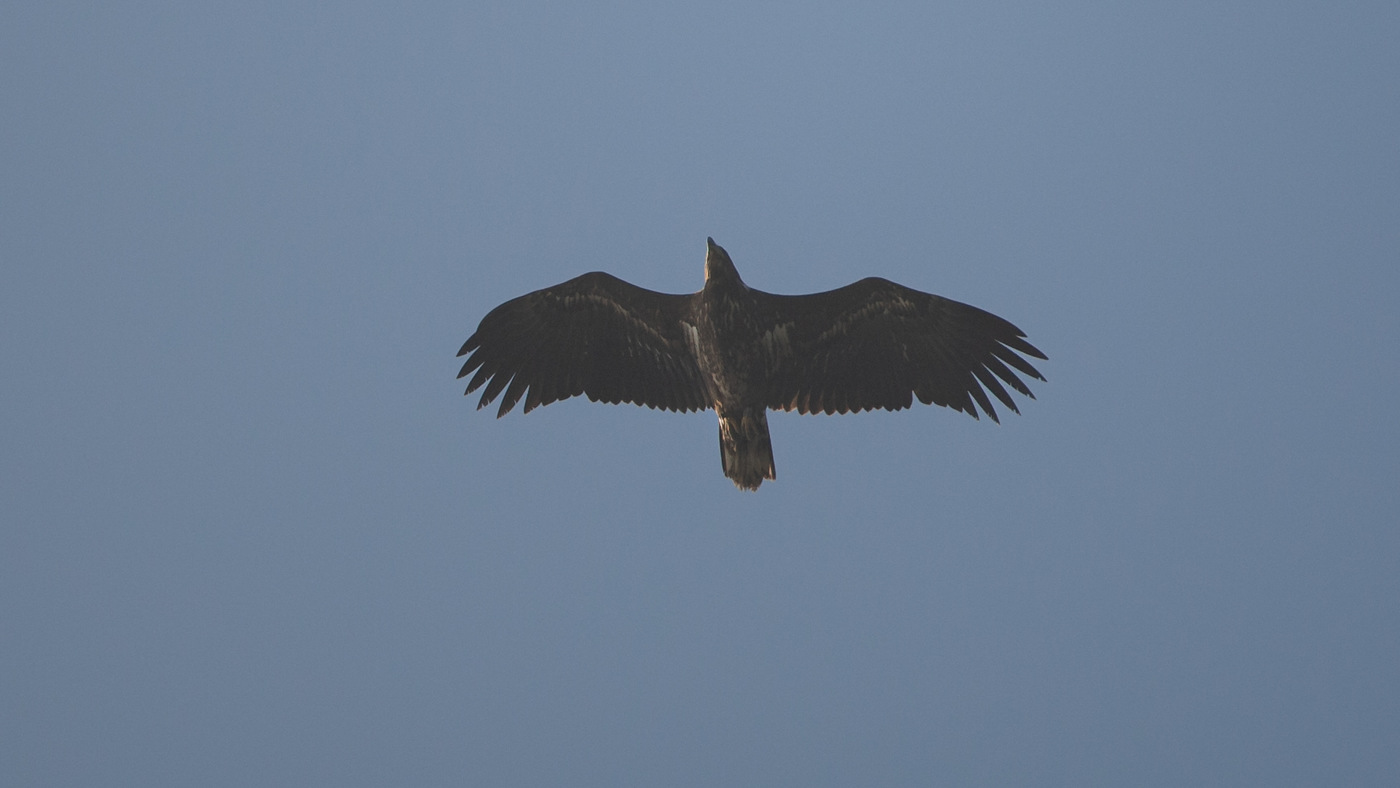 East Wind so another try at the Kamperhoek. At 7.00 o'clock in the morning I start counting and the birds fly reasonable. A few lines of White-fronted Geese fly high and in the first hour 578 are counted.

There are many groups of Starlings counted and the Reed Buntings are not doing bad either. The sound of a Brambling is heard and a group of 7 fly over us toward the Ketelmeer. The weather forecast was right and there is a east wind with a tap of south. The only downside is a clear blue sky making the birds difficult to discover. This applies especially for the Skylark which cross in reasonable numbers. Usually they are first heard before the search begins. In total, we count as 509 Skylarks, a good number for the time of the year. Normally we see these numbers in the month of February. 2 Dunlins are discovered above the IJsselmeer, a scarce species on the migration site. 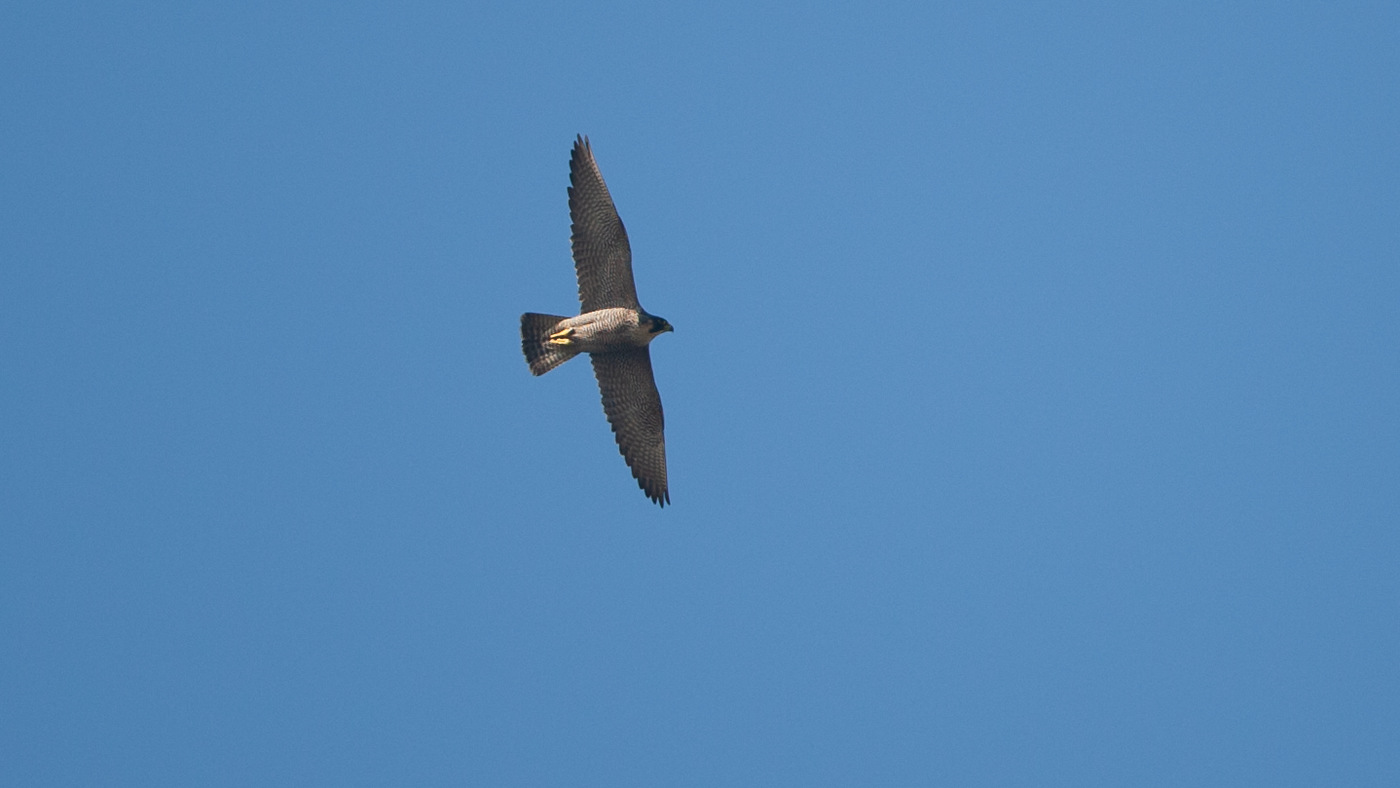 From 11 o’clock some birds of prey come in the air, and up to noon 7 Common Buzzards and a Kestrel are counted. A Raven is picked up high and flies straight north. A little after 1 o’clock a White-tailed Eagle is seen. The bird appears to the left of the site above the IJsselmeer and is hampered by a Buzzard. The Eagle flies straight over us and nice pictures are made. On the pictures a bronze coloured ring is revealed. It is a second calendar year bird and it may well be one of the birds of the Oostvaarders Plassen that last year hatched from an the egg. We count till 15.00 o’clock but the raptor migration did not continue. For a complete overview of the click here. 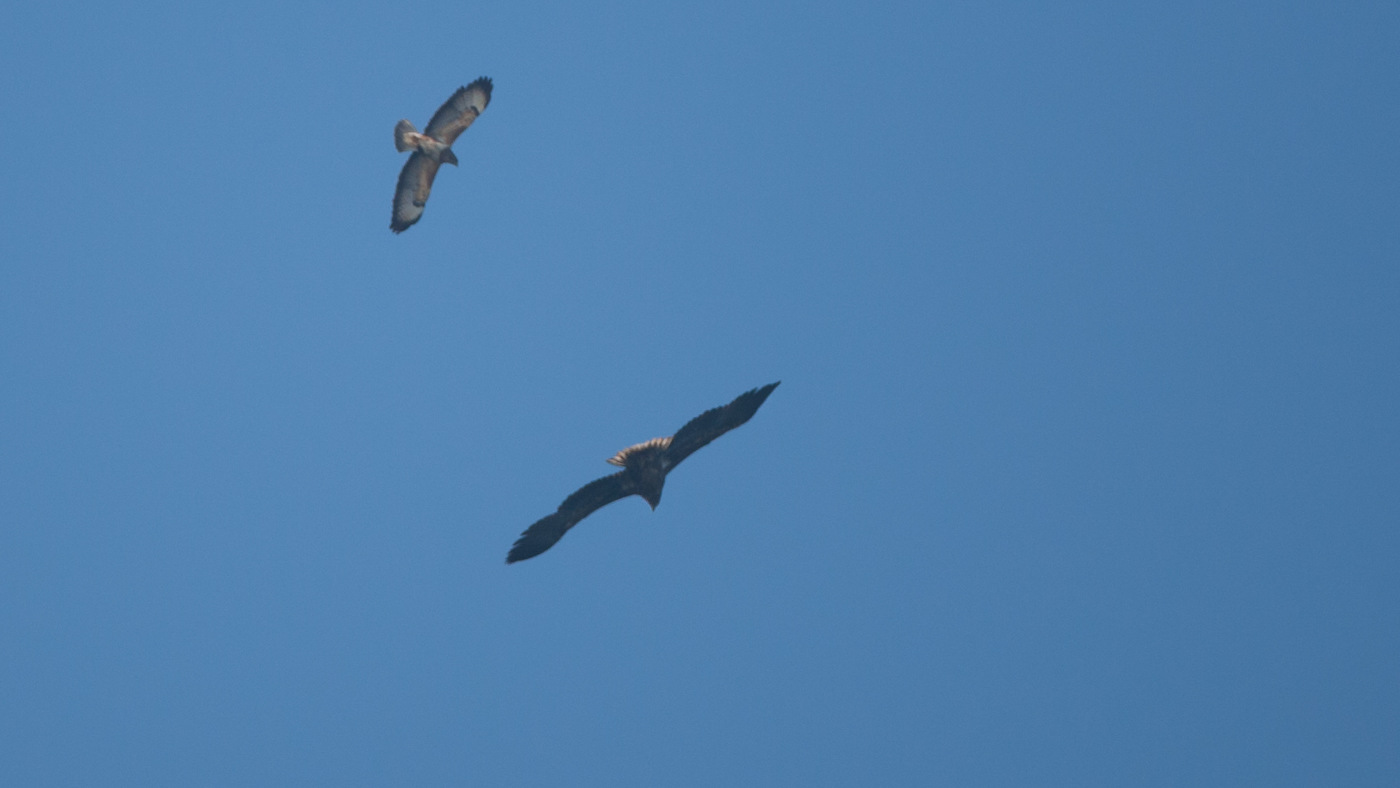 The next day the forecast is southwest wind but I decide to give it a try. I arrive at the migration site at 7.00 o’clock and in dense fog with visibility of 300 meters I start the counting. The first hour is seen almost nothing. In the second hour I almost missed a group of 34 Avocets crossing the Ketelmeer. This is a good species for the migration site and a new daily record! A little later, Erwin Booij strengthen the site but numbers remain low. A Grey Wagtail is heard and seen. Hoping to get some raptors we count in vain till 13.30. For a complete overview of the day click here.