Easter weekend at the Kamperhoek 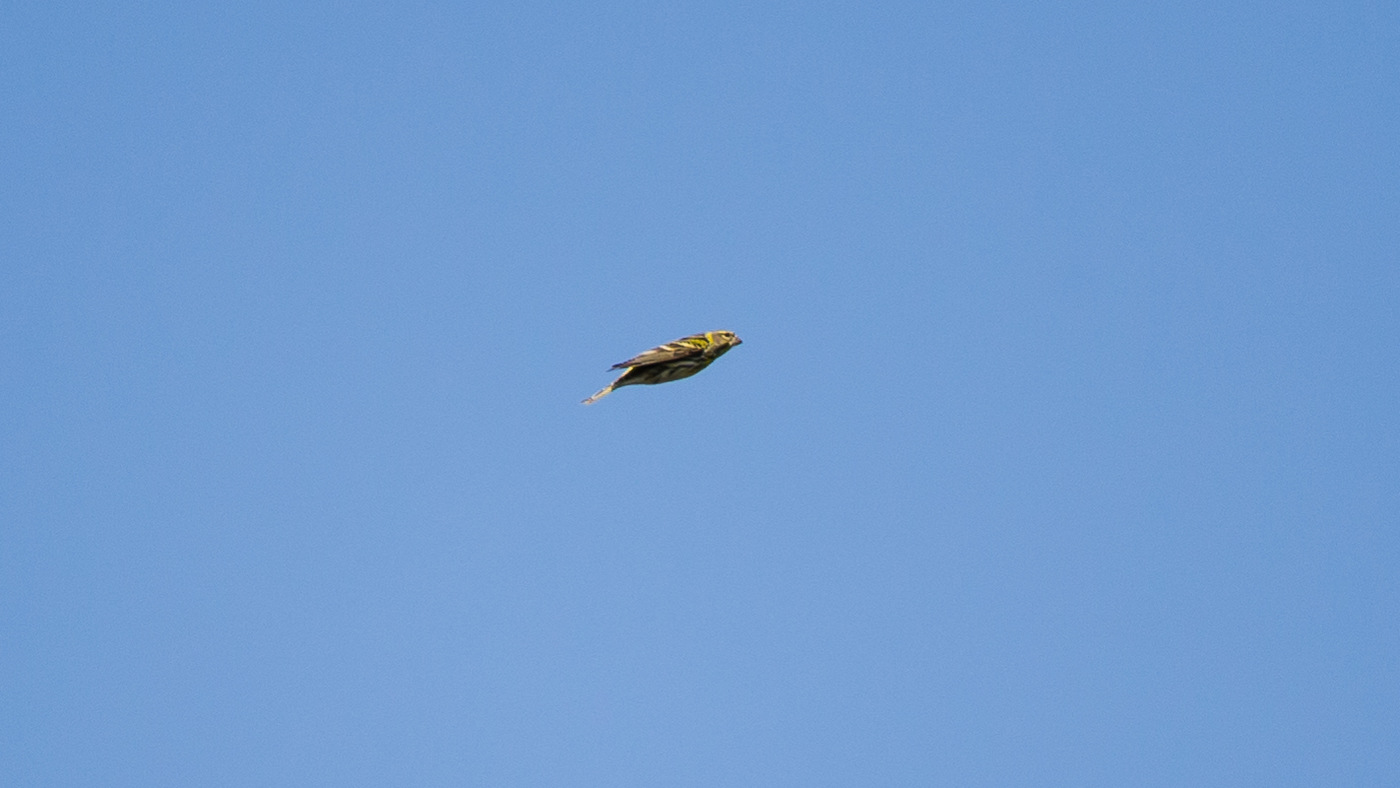 Easter weekend with an east wind forecasts so expectations were high. Alwin, Pieter and Maartje agreed that we would go every day. Saturday morning we were already standing on the dike at the migration site at 5.45 am. The wind came from the northeast and was moderate to hard. For the Yellow Wagtails this did not matter and they flew in groups over the migration site. 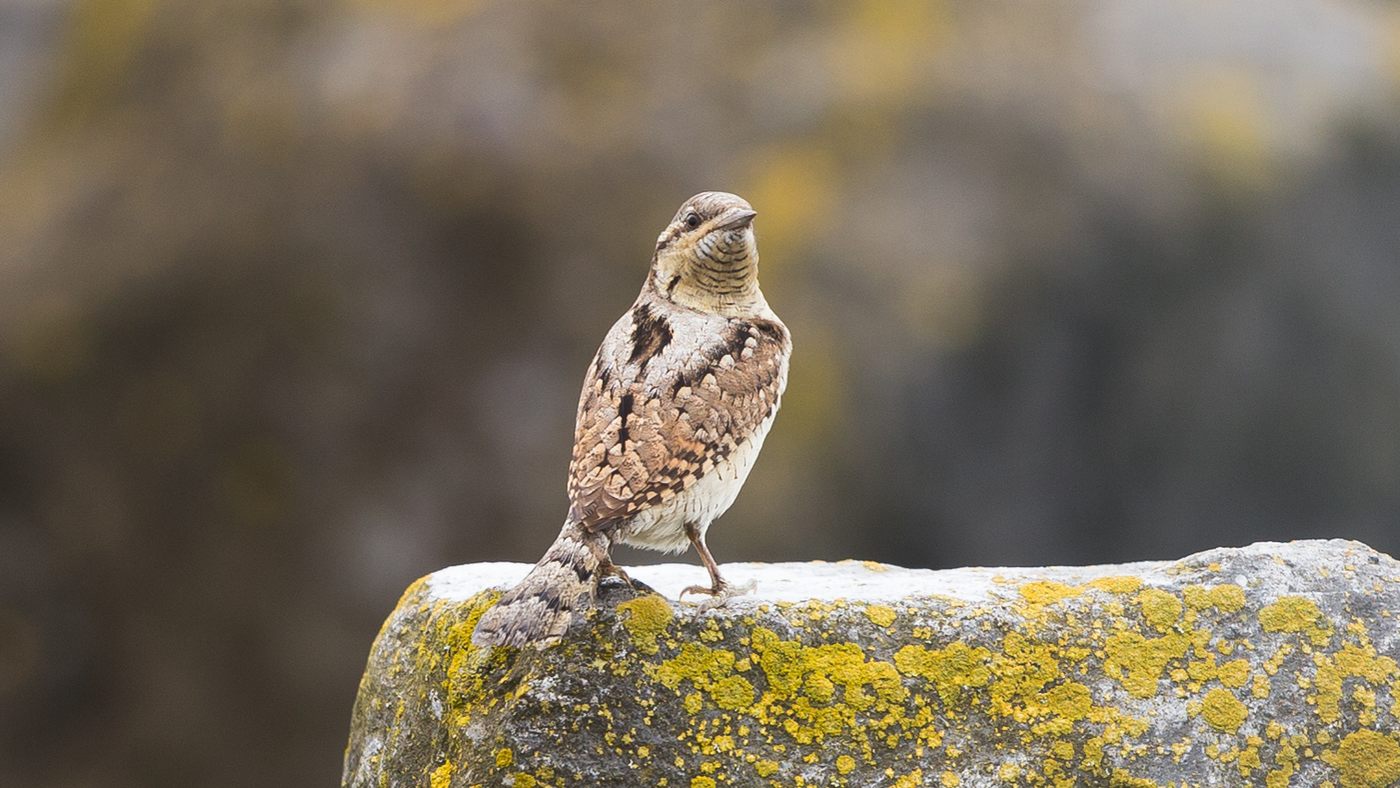 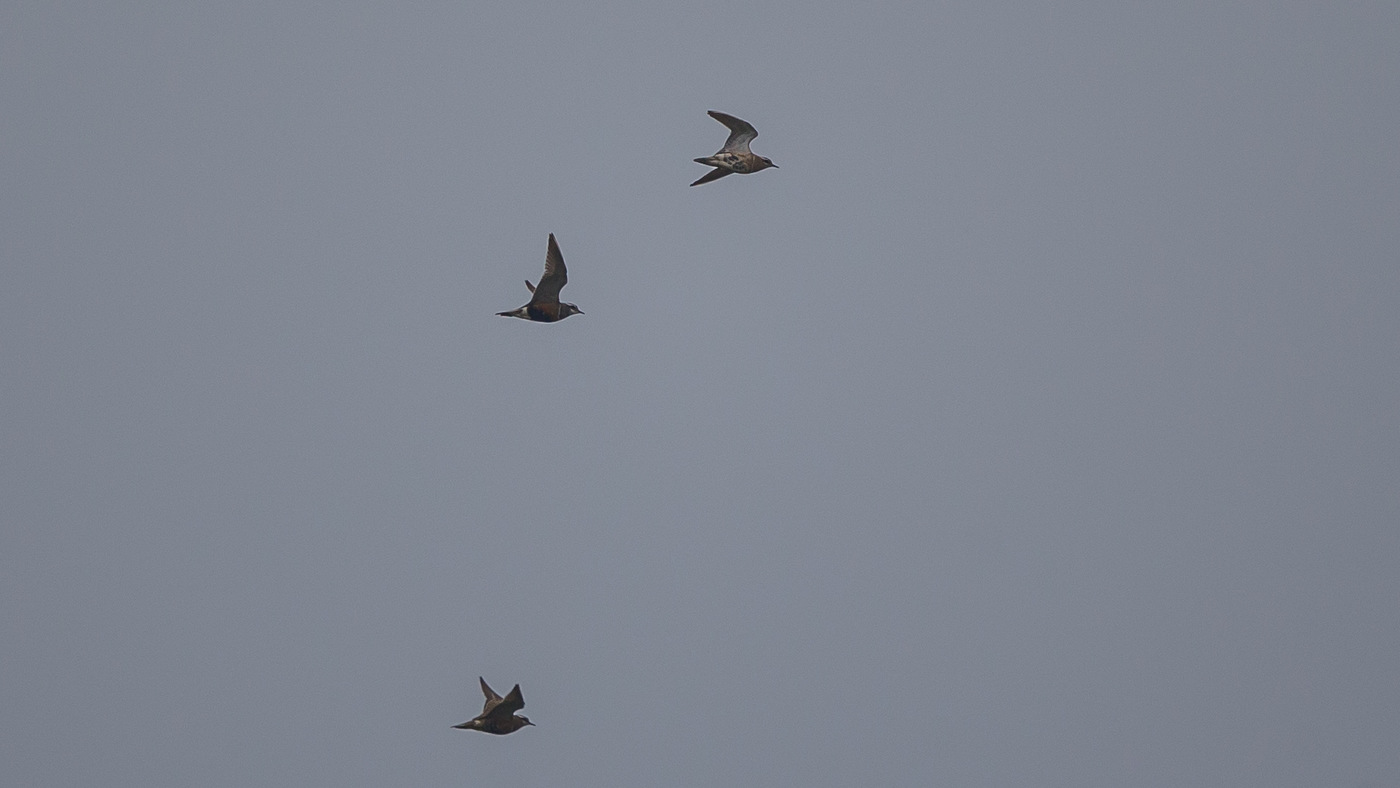 Several Tree Pipits were heard and the first Black Terns of the year were seen. 2 Spotted Redshanks in the company of a Common Greenshank flew over. Despite perfect wind conditions the numbers of birds were not great, and with less than 100 Meadow Pipits per hour it seemed not going to be the day that we expected. Around 12 o’clock there was a report via the app group of the Vogelwacht Uden with a photo of an Azure Tit that Gerard van Aalst made on his migration site. While I was sharing the photo and information to Dutch Birding my stuff was already loaded into the car and Alwin sat behind my steering wheel to drive away immediately. A bit overwhelmed, because I really wanted to count on, I stepped in and the journey to Uden began. For a complete overview of the count click here 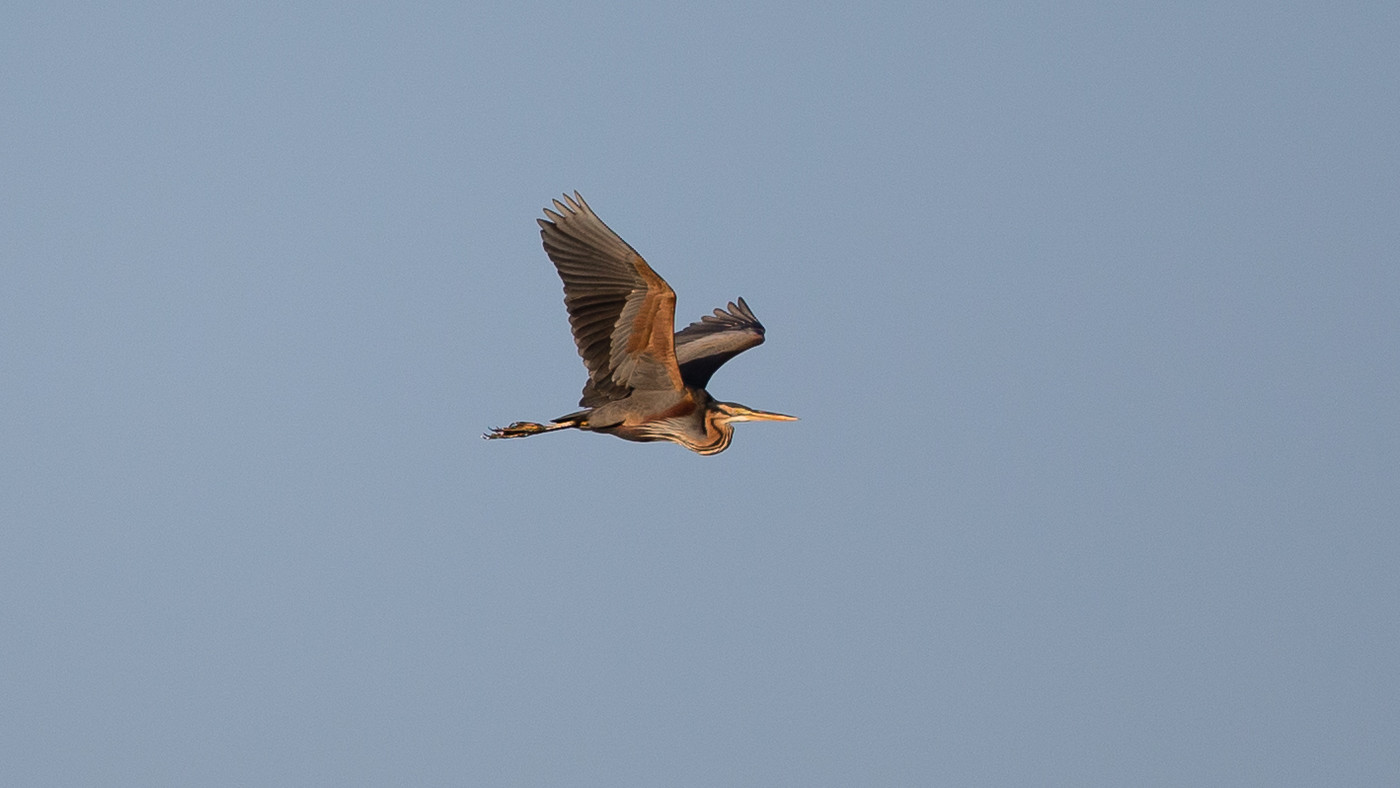 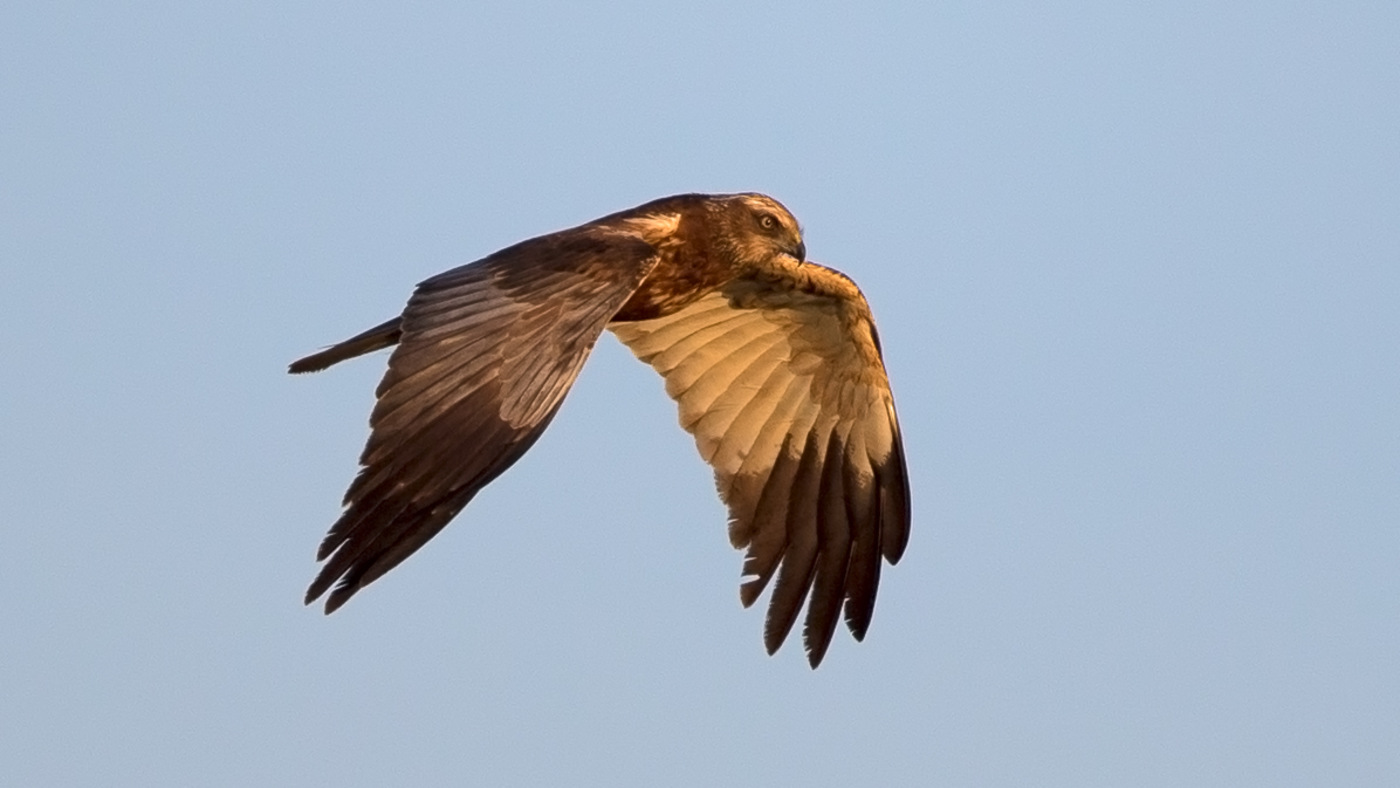 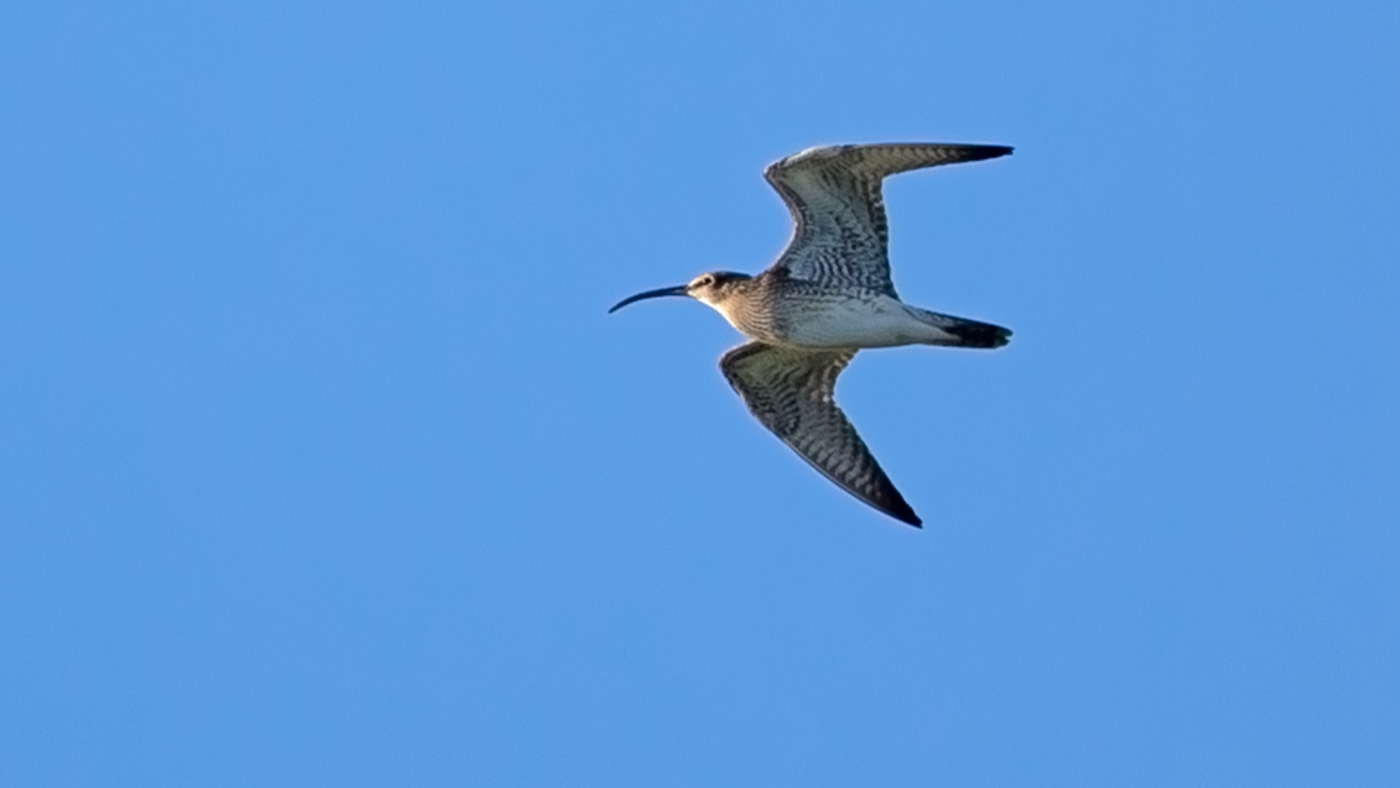 In Huizen Alwin’s car was picked up and after about an hour we walked in the grazing area in the Maashorst where the bird was seen. There were already more birders present and we joined the search. The sun was shining and two overflying Ring Ouzels counted for my year list. We stayed here for almost 5 hours but there was no trace of the Azure Tit. Because we were in Uden, we decided to finish the day with a steak at Marc's BBQ. 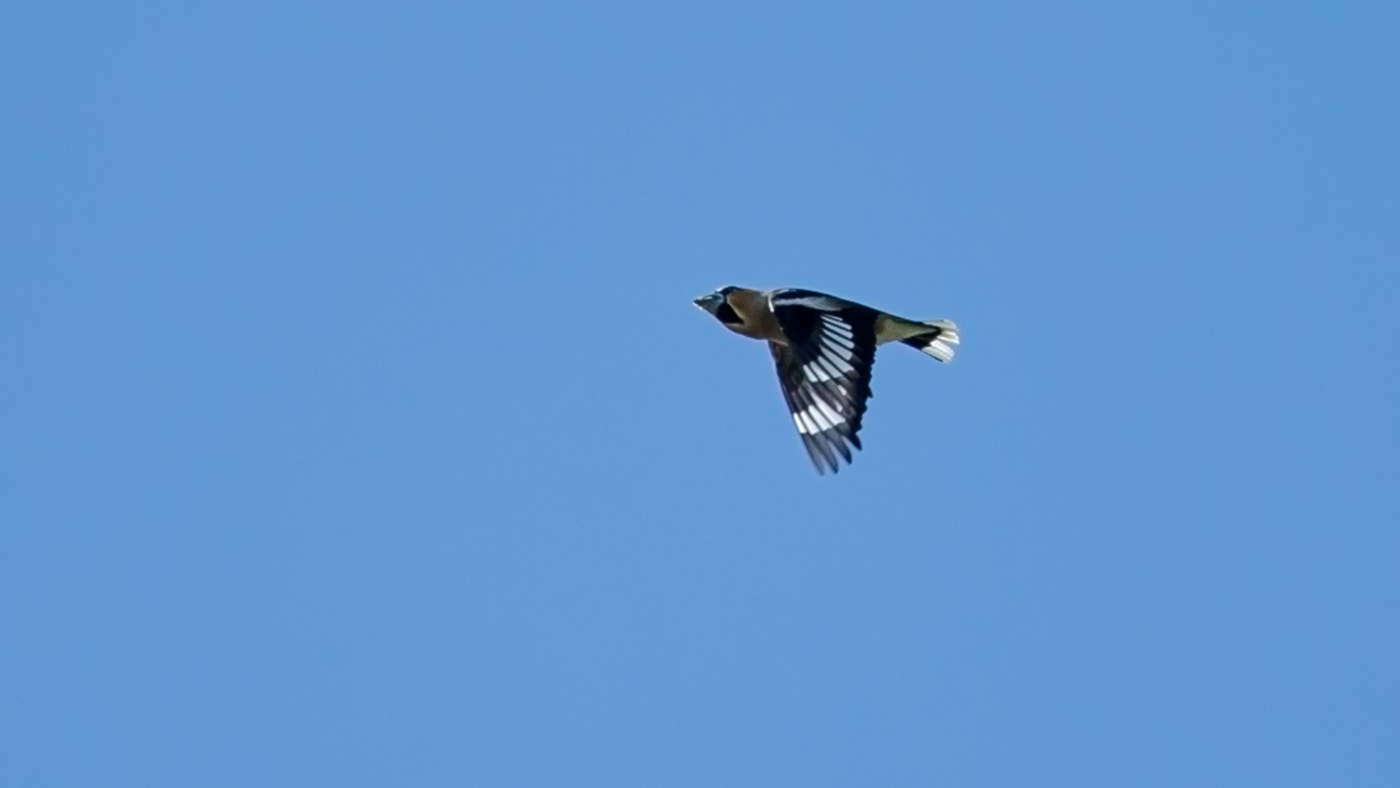 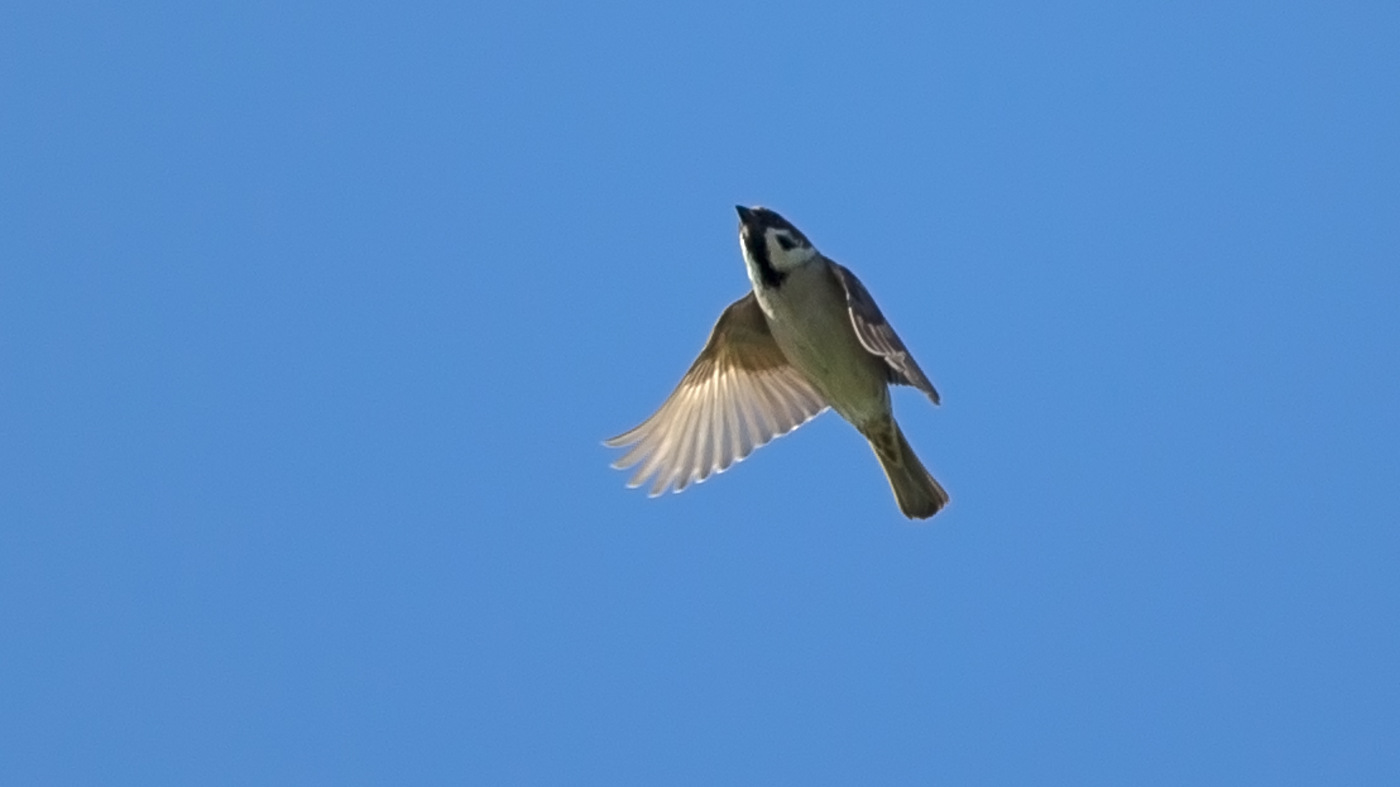 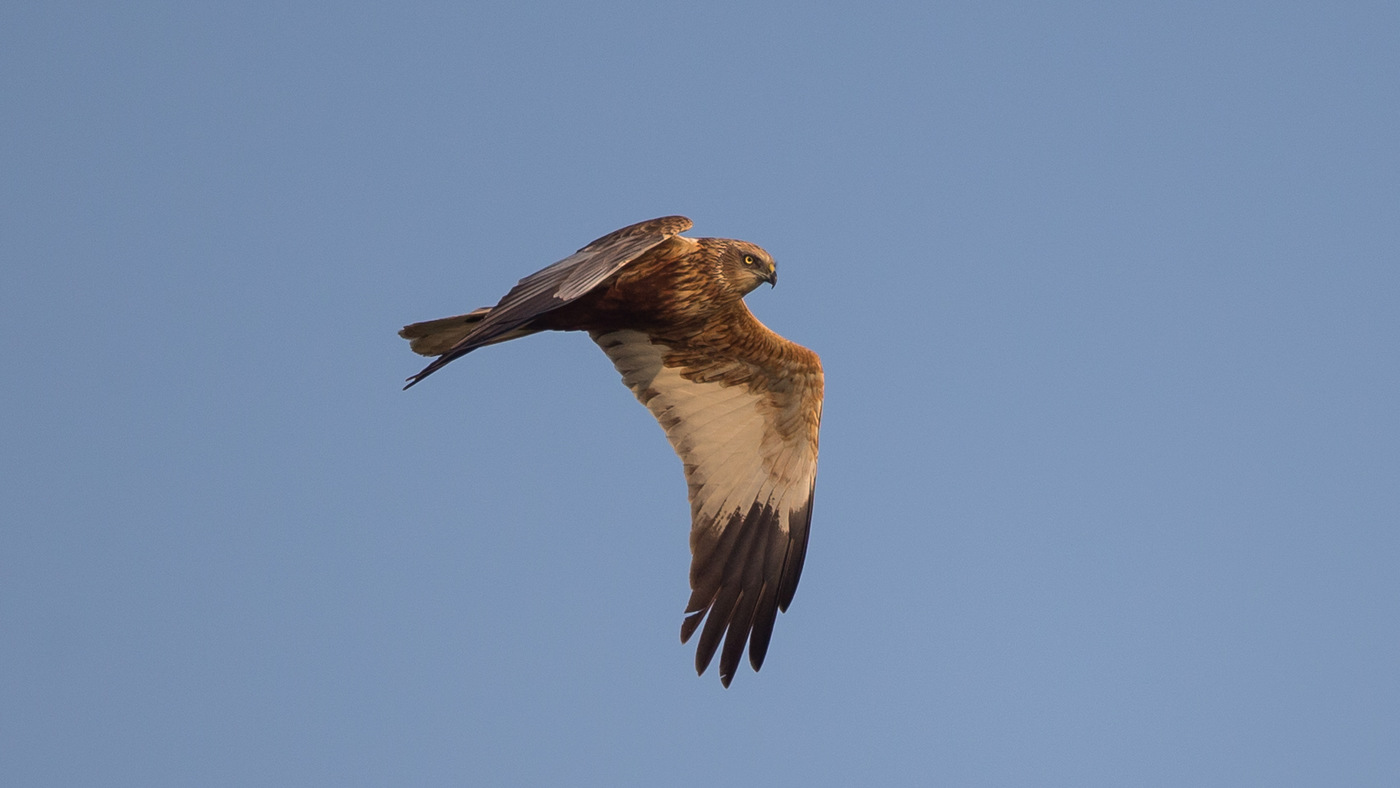 The next day we were again at 5.45 am on the dike at the Kamperhoek. There was now a strong northeast wind, but in the first hour it flew significantly better than yesterday. 690 Meadow Pipits and 103 Yellow Wagtails could be recorded. In the second hour, the Meadow Pipit migration increased considerable and 2.734 copies were noted. The first Grey-headed Wagtail of the season was seen and there were nice groups Little Gulls passing. A British Yellow Wagtail flew over and this is also the first of the season. The Meadow Pipits also continued migrating in the following hours and at the end of the count, there were 12.734 on the list. A European Serin was heard by his call and the bird could even be put in the picture. The raptors did also well: 1 Marsh Harrier, 4 Sparrowhawks, 2 Buzzards, 2 Ospreys, 4 Kestrels and 2 Merlin’s. For a complete overview of the count click here 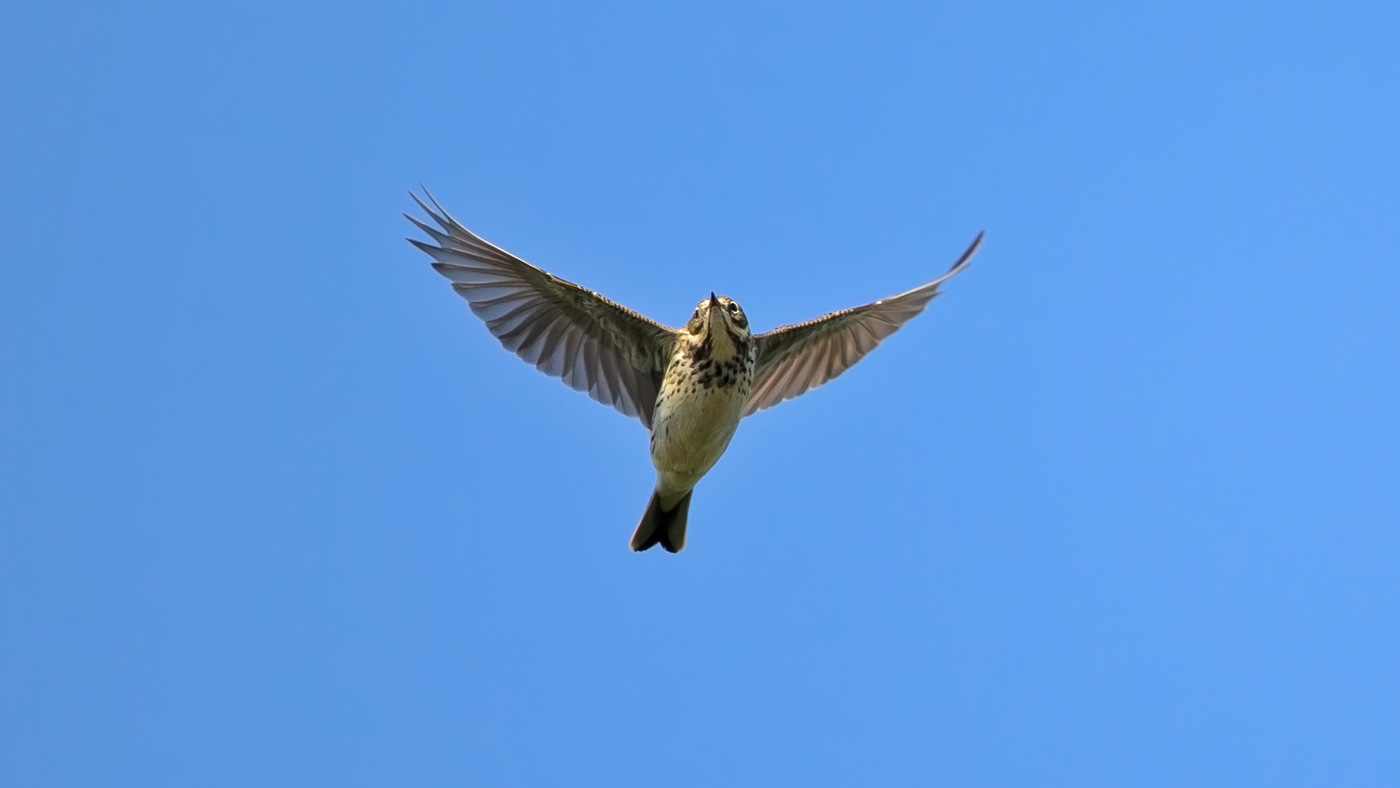 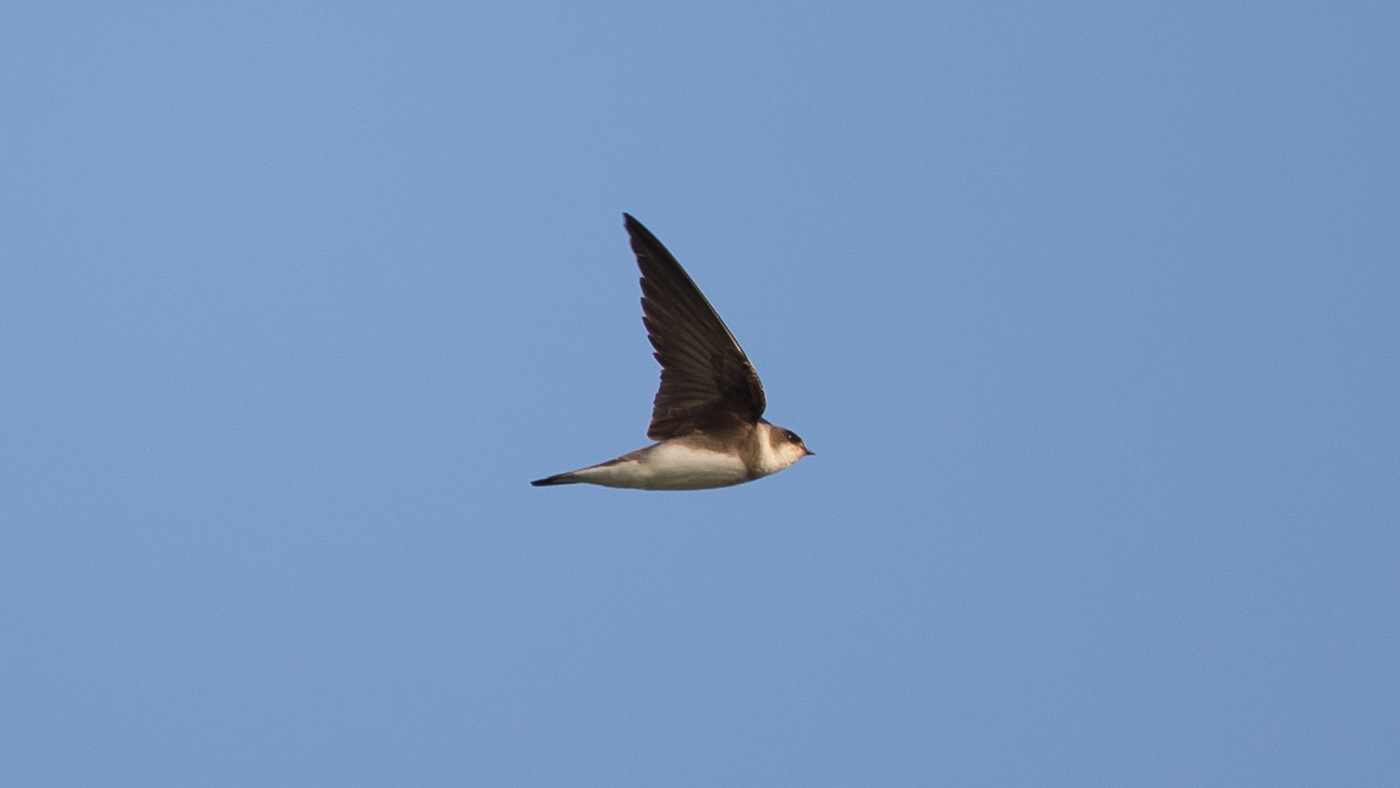 For the second day of Easter less wind was predicted and upon arrival at the migration site there was a perfect wind from east-northeast direction. Immediately considerable numbers of birds were migrating and Meadow Pipits were seen in large groups. In the first hour there were 2.771 counted, including three Merlin’s, 133 Yellow Wagtails and 187 Barn Swallows were also counted in this hour. In the second hour the Meadow Pipits were really on the move with 6.704 copies. A female Yellowhammer was noted, a very rare species for the migration site. The third hour was very exciting with 3 Dotterels, 1 Tawny Pipit, 1 European Serin, 1 Ring Ouzel and 4 Crossbills (this species is very rare in spring at the migration site and even my first). The count for Meadow Pipits stood at 7.933 copies. 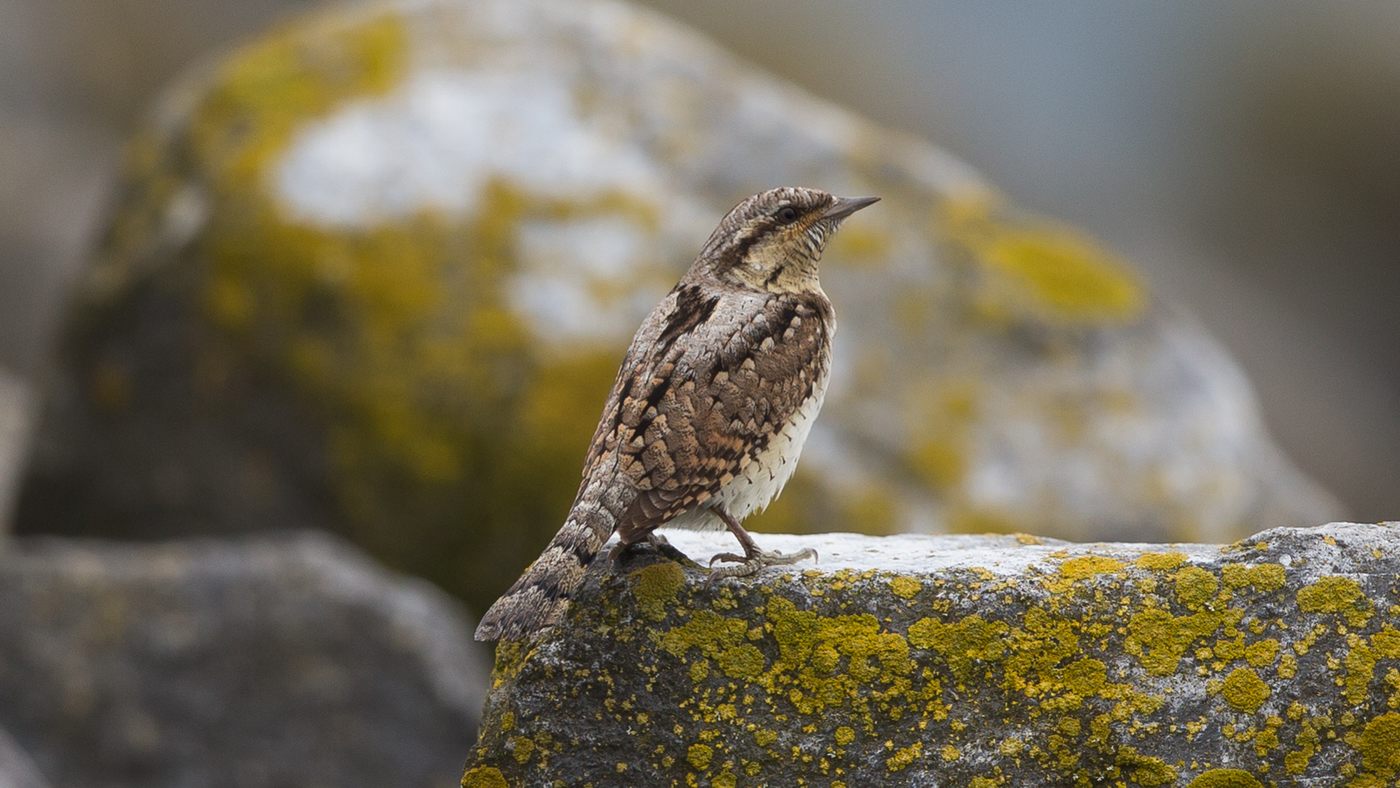 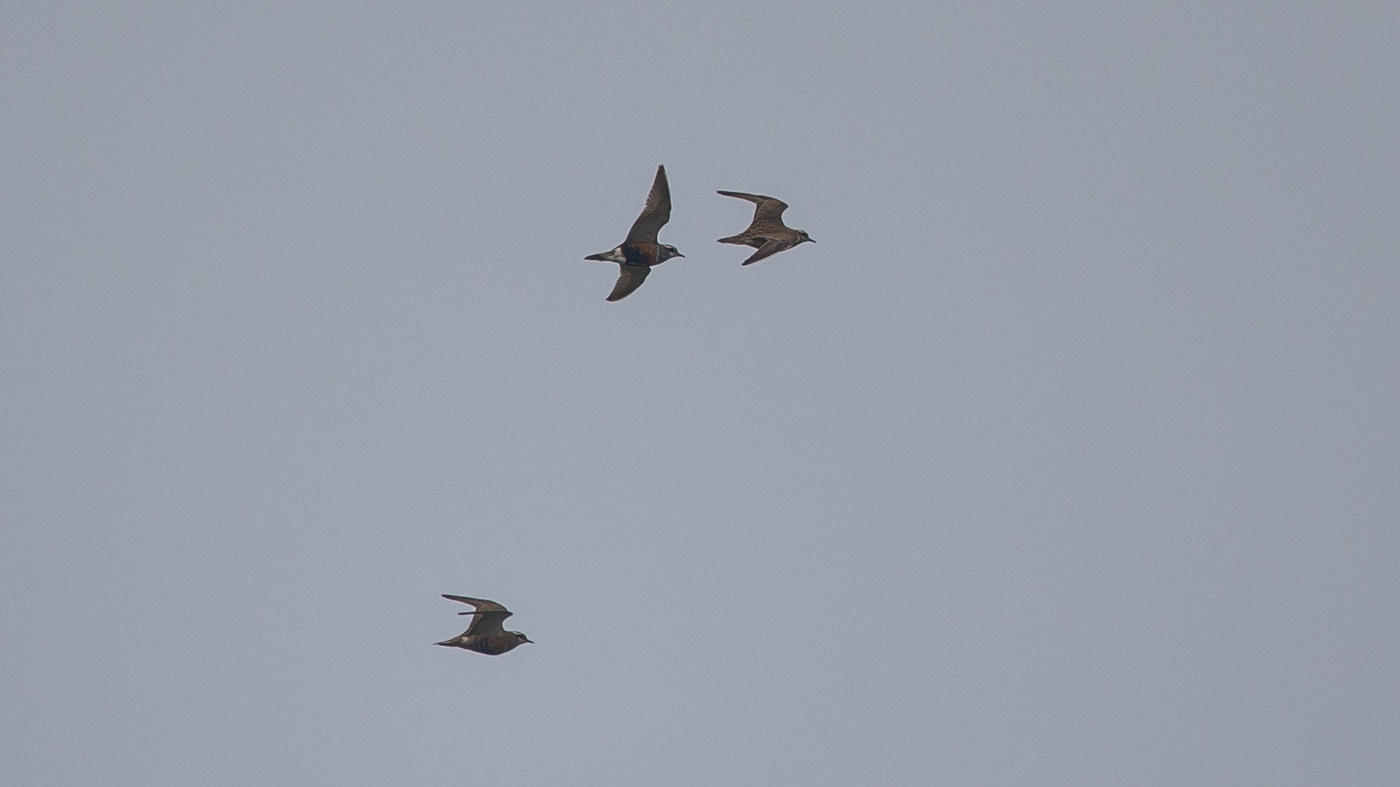 After 10 o’clock it started to rain, and unfortunately that immediately had an impact on the numbers. The numbers of Meadow Pipits declined but still more than 1000 per hour were counted. A Bar-tailed Godwit was noted in a group of Whimbrels and this is a scarce species for the migration site. 2 Tawny Pipits were seen and an Osprey was picked up by Erwin. A fourth Dotterel flew over the migration site. At 3 o’clock a Wryneck was found in the harbour, the bird was put nicely on the photo. We stopped counting at half past five when it started raining again. It had become a best day with a whopping 34.403 Meadow Pipits, the fifth count of the migration site for this species. Of the raptors the following species were seen: 5 Marsh Harriers, 1 Sparrowhawk, 1 Buzzard, 1 Osprey, 23 Kestrels, 9 Merlin’s and 2 Hobby’s. For a complete overview of the count click here. Next week we will be present again at the migration site.