Remarkable Starlings migration at the Kamperhoek 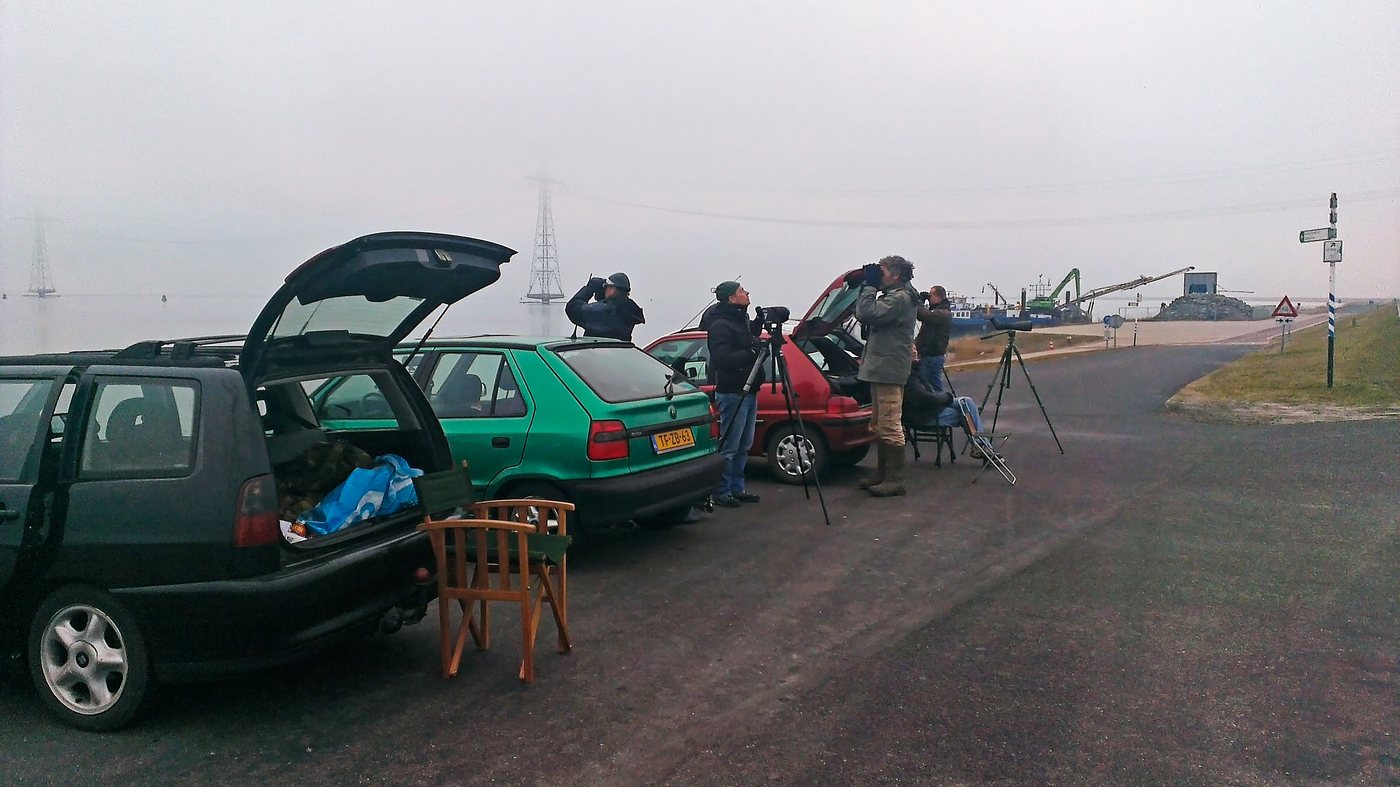 Sunday morning I drive away at 5.30 am from Uden direction Kamperhoek. I leave Uden with a clear sky and just past Den Bosch I ride into a dense fog. Mixed feelings occur in myself with the knowledge that mist is usually even worse in the Flevopolder. Yet I continue and at the pump just past Eemnes I stop for coffee. It is still very foggy and it does not look good. I continue with the smell of fresh coffee spread in the car. When I drive into the polder it clears up. I'm still not convinced by past experience but as I further drive north it even becomes better.

At the migration site there are already 3 counters recording the birds that fly. Striking are the numbers of Starlings and White-fronted Geese. In the first hour 5141 Starlings counted, these are most groups that consist of hundreds of birds. There are “only” 2891 counted between 8 and 9 o'clock, and we count 1974 White-fronted Geese, a high number for this time of the year. Also between 9 and 10 o’clock, the numbers of Starlings also decline and there are 1986 birds counted. Normally we count only large numbers of Starlings in early morning so we think that it's over. Then all of a sudden the numbers are huge in the next hour, we count 9115 birds between 10 to 11 o’clock! Probably the birds are motivated to fly because the mist is clearing up. 9775 birds are counted between 11 to 12 o’clock and from 12 to 13 o’clock 7206 birds are listed. 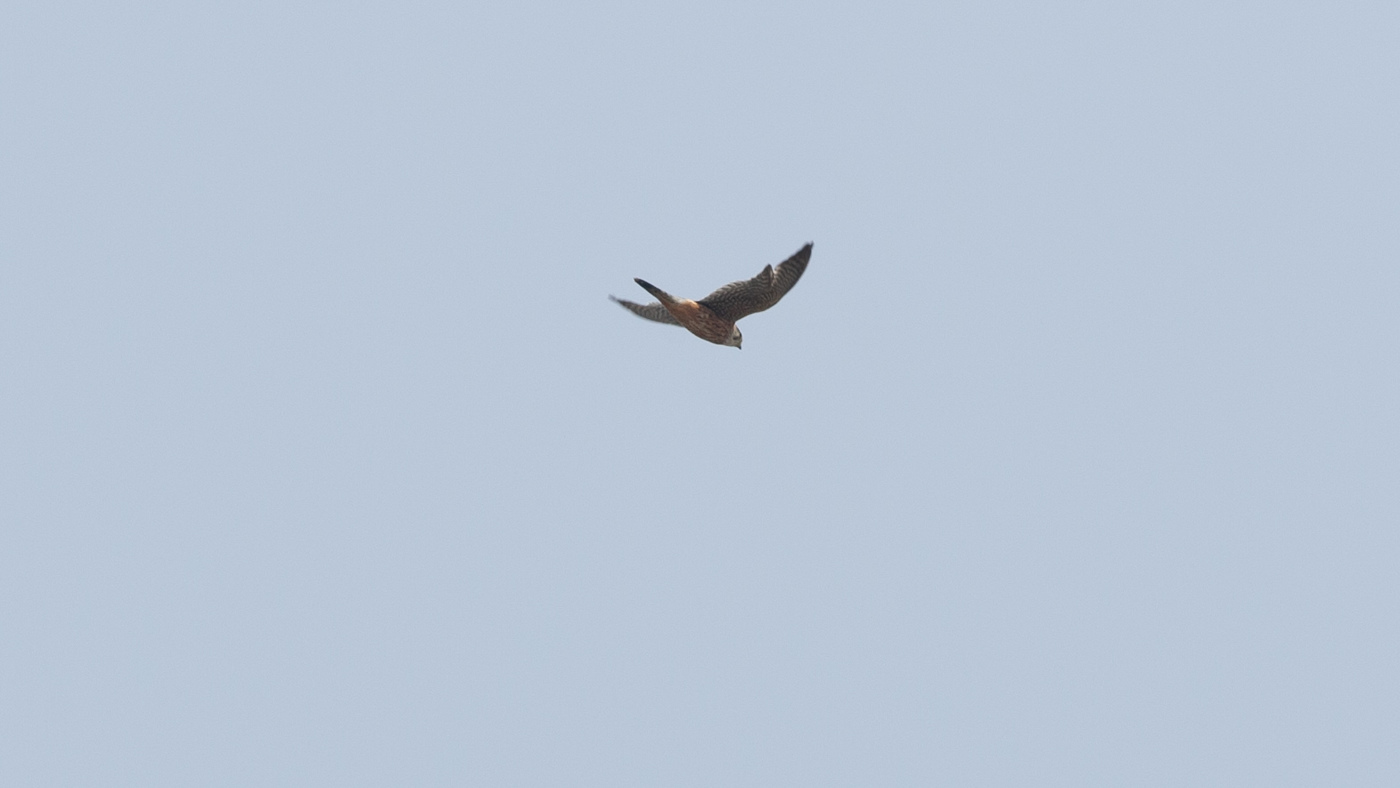 Then the big numbers are off but there are still nice groups flying. In total 40034 Starlings are counted today, this is a new spring record for the Kamperhoek. And that on April 7, normally we see the Starlings migrate to mid-March and then it is actually done with the large numbers. White-fronted Geese also did very well with a total of 12644 copies, this is the second best spring count for the White-fronted Goose for the Kamperhoek. A new daily record for the Black-headed Gull for the Kamperhoek was achieved with 9682 birds! The old record is dated 25-03-2007 and stood at 5789 birds.

Nice species such as Osprey, Merlin, Bar-tailed Godwit (very scarce at the migration site) and Whooper Swan were noted. I had to stop at 14.00 and regretted it after. Ico and Mervyn continued the migration count and after 18.30 large numbers of Wigeon started to fly. The numbers quickly increased and they counted over 24.000 copies. This is a new daily record for the migration site and also the second best count for the Netherlands of the Wigeon. This honour is still in Scheveningen with 56.777 Wigeons on 30-12-1978. For a complete overview of the count click here