Surf Scoter in the province of Zuid-Holland 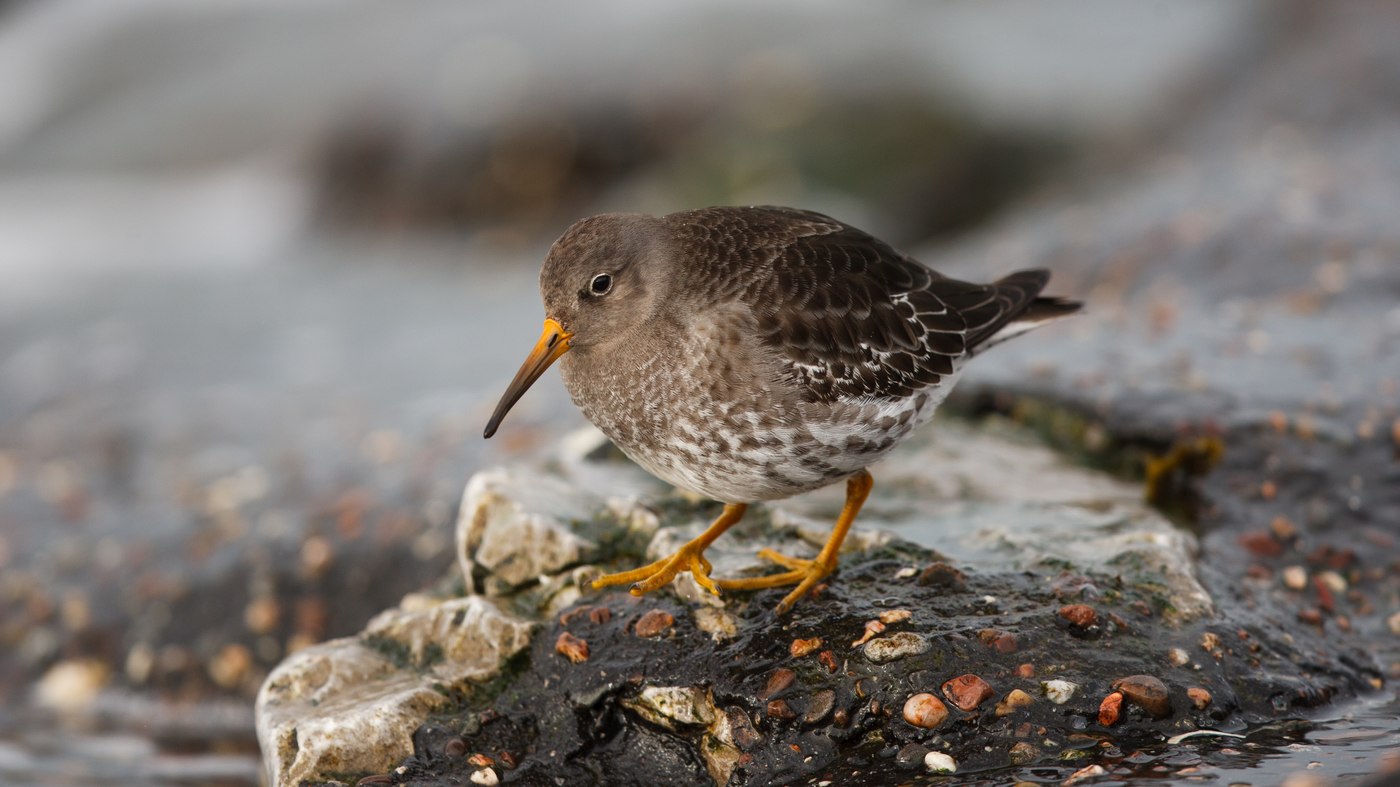 Friday a Surf Scoter was found in the province of Zuid-Holland near the Brouwersdam. A beautiful bird to visit the next day. It was a female and so far I had only male birds. Pieter and Maartje had been there on Friday but wanted to see the bird again. Saturday morning we met at a car park in the town of Made.

At 8 o'clock we left Made and the first stop were the Greater Flamingos that for a while now sat at the Grevelingenmeer. The weather forecast was good and it promised to be a dry day. When arriving at the Grevelingenmeer the Greater Flamingos were nicely into place and we also found a Mistle Thrush that still counts for the year list. It was freezing but it didn't feel cold because there was hardly any wind. It was time for coffee and we discussed what the next stop would be. It was decided to drive to the Stolpweg and wait for the beep of the Surf Scoter. 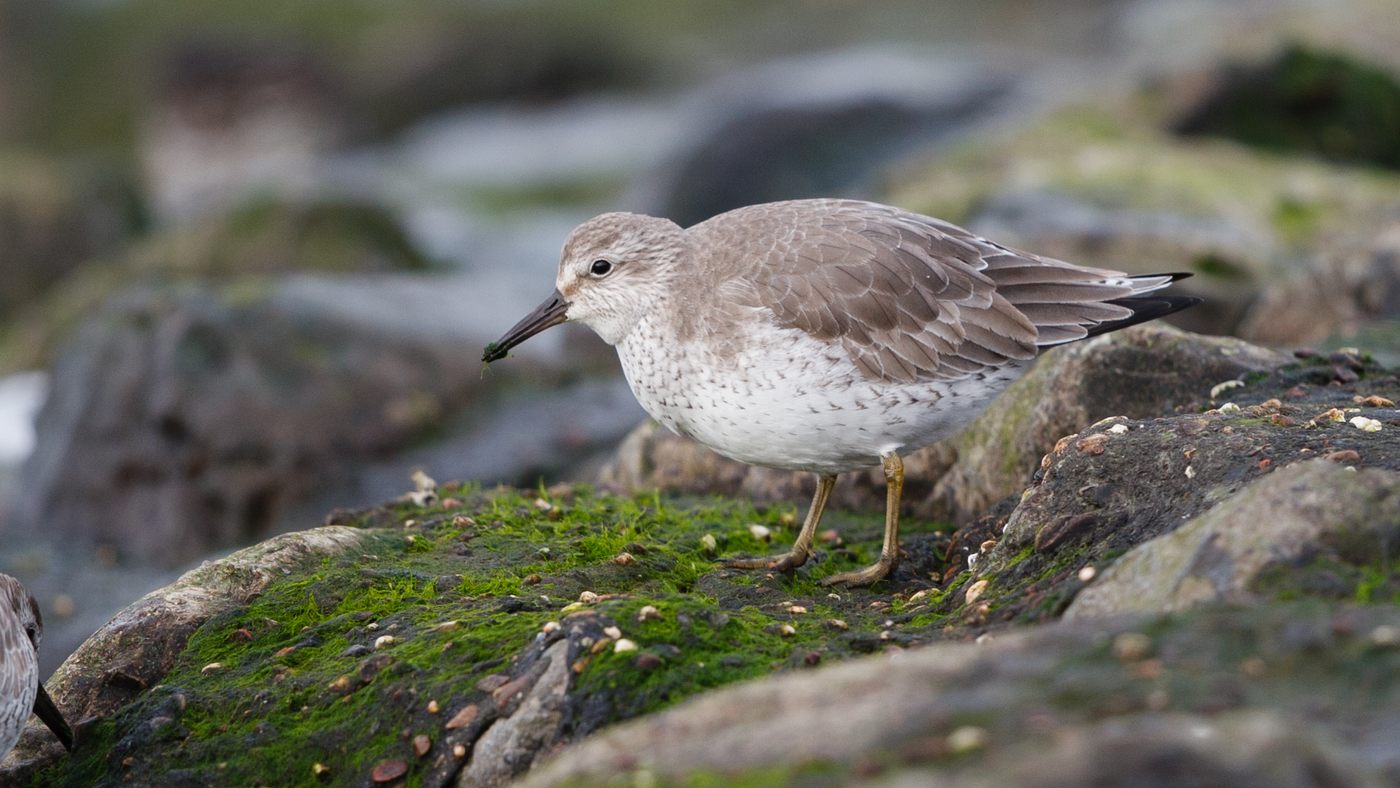 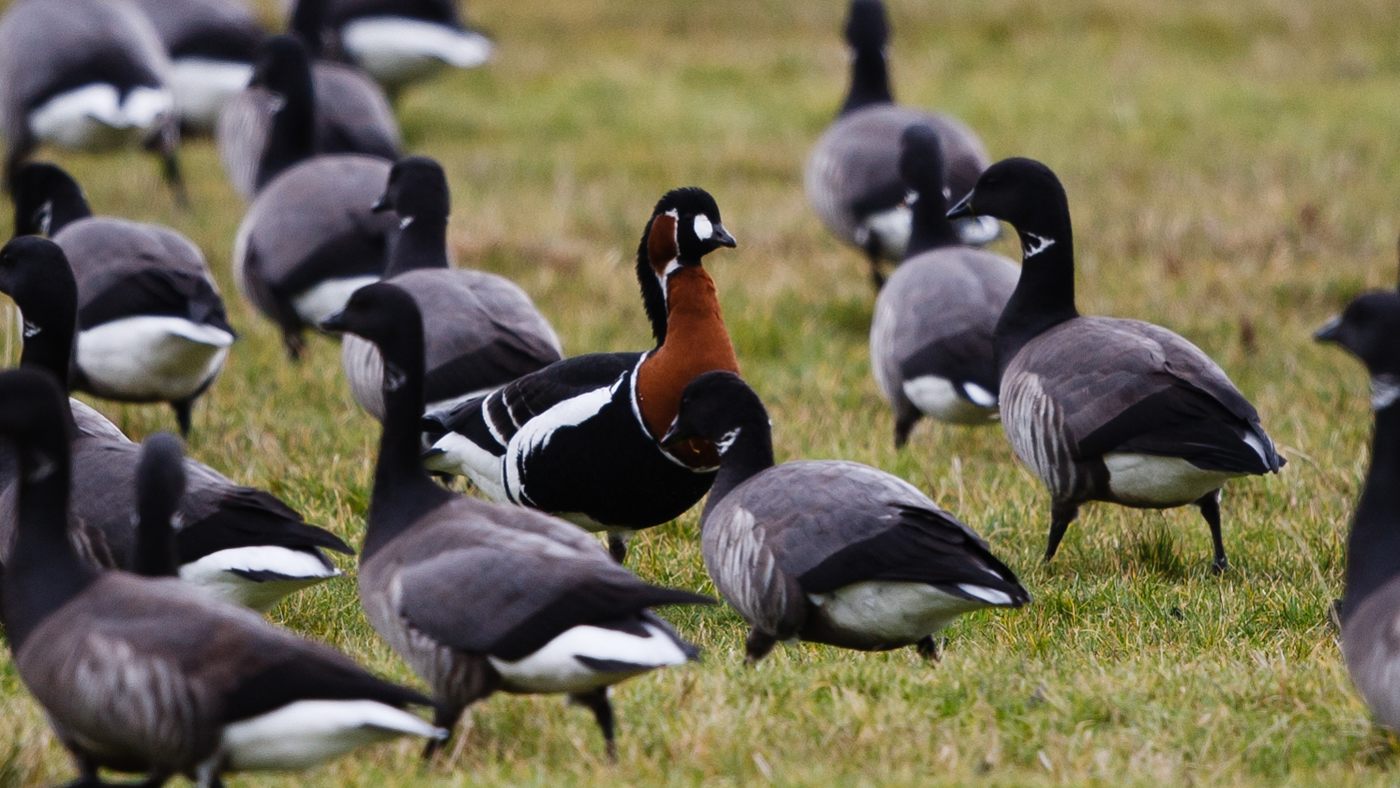 The Stolpweg we achieved not because after fifteen minutes driving the Surf Scoter was reported. We were just before Zierikzee so we had a 20 minute drive left. Contact was made with Kees de Vries, who had reported the bird, for the right place. The Surf Scoter was at the same place as yesterday and so Pieter knew exactly where to park the car. From this point we had to walk 10 minutes to reach the place. In the distance we saw a group of birders and we joined them. The spotting scopes were prepared and we had to find the Duck ourselves because she was no longer in sight. The Surf Scoter was among a group of Velvet Scoters of more than 40 copies. These were mostly females or young animals which made the search not easier. Yet the bird was found back fairly quickly and although she sat at a distance and was watched beautifully with the spotting telescope. Unfortunately too far for a photo opportunity. The Surf Scoter counts for the annual and monthly list. 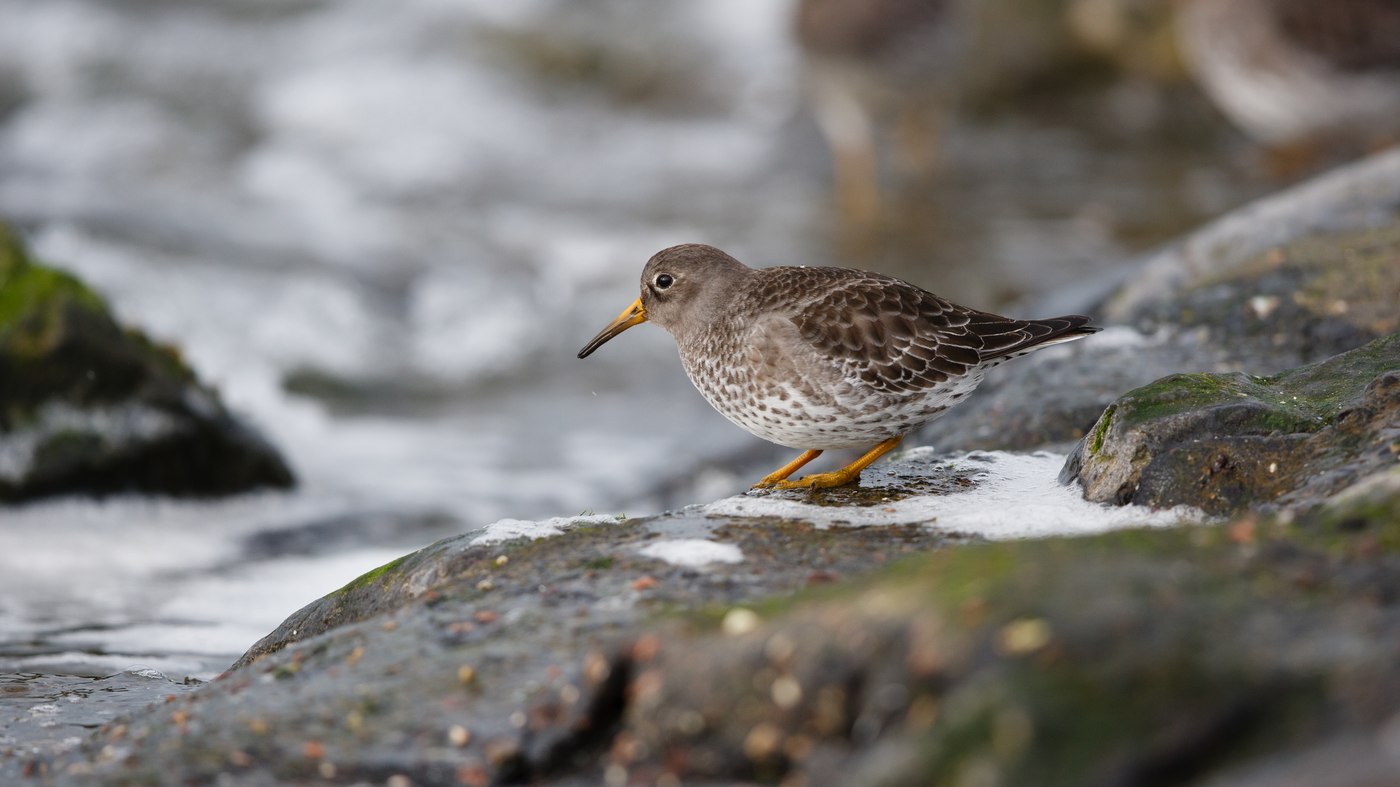 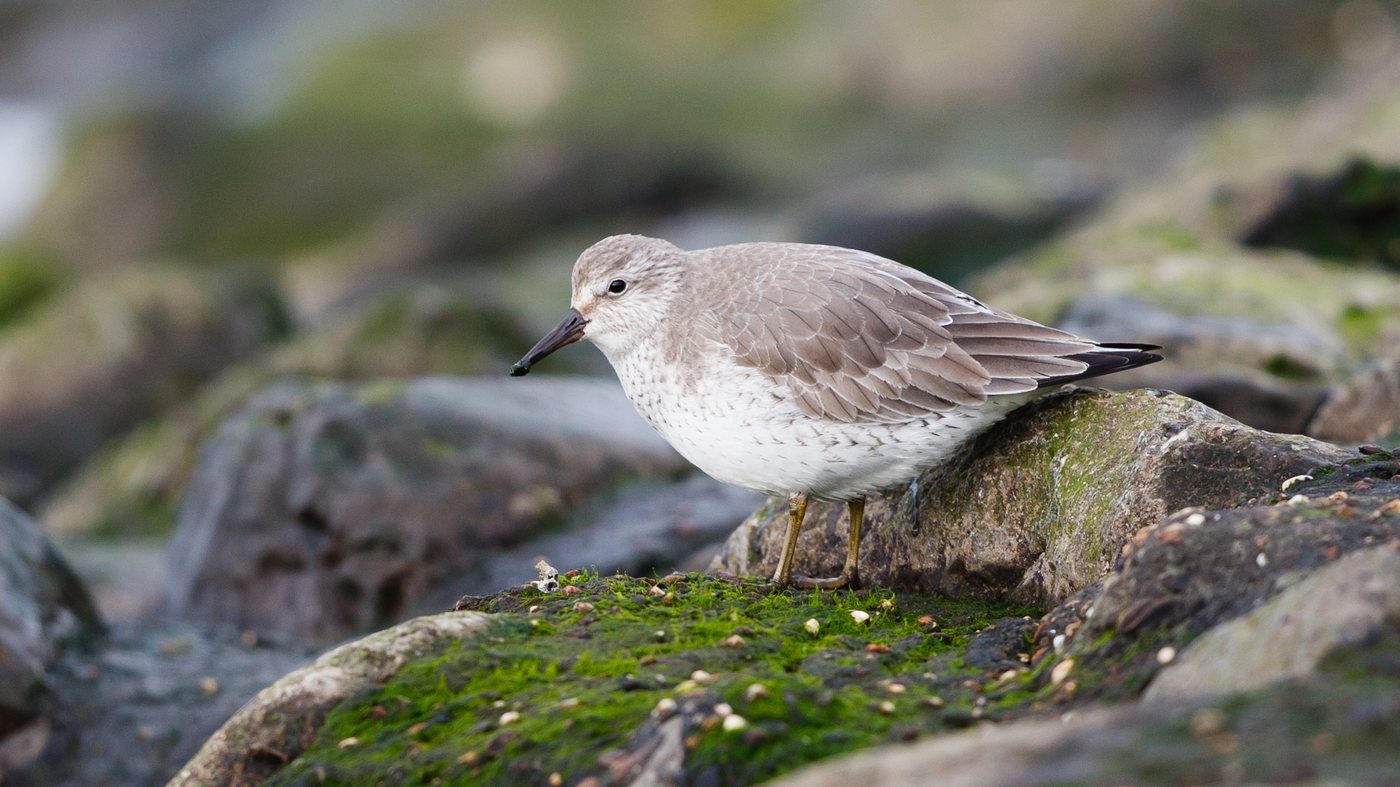 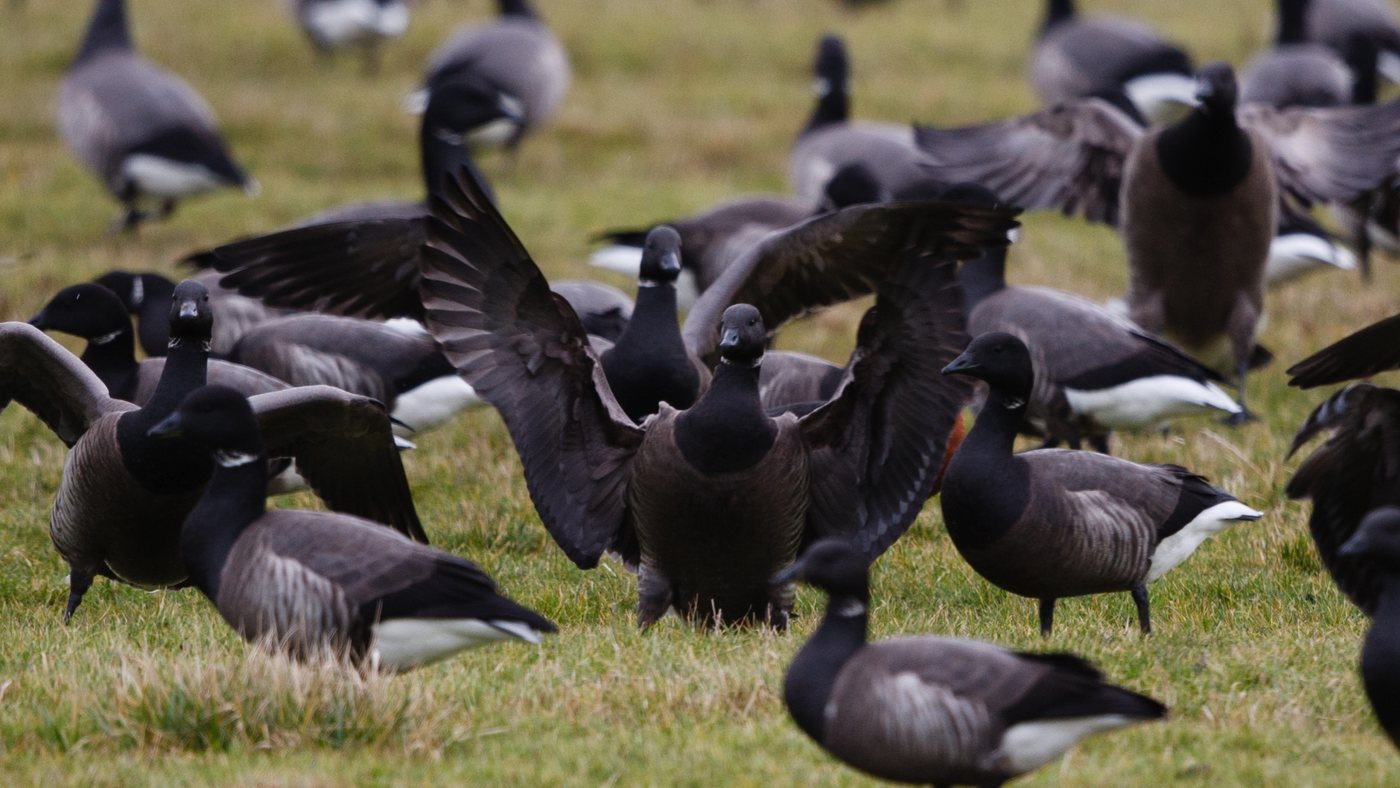 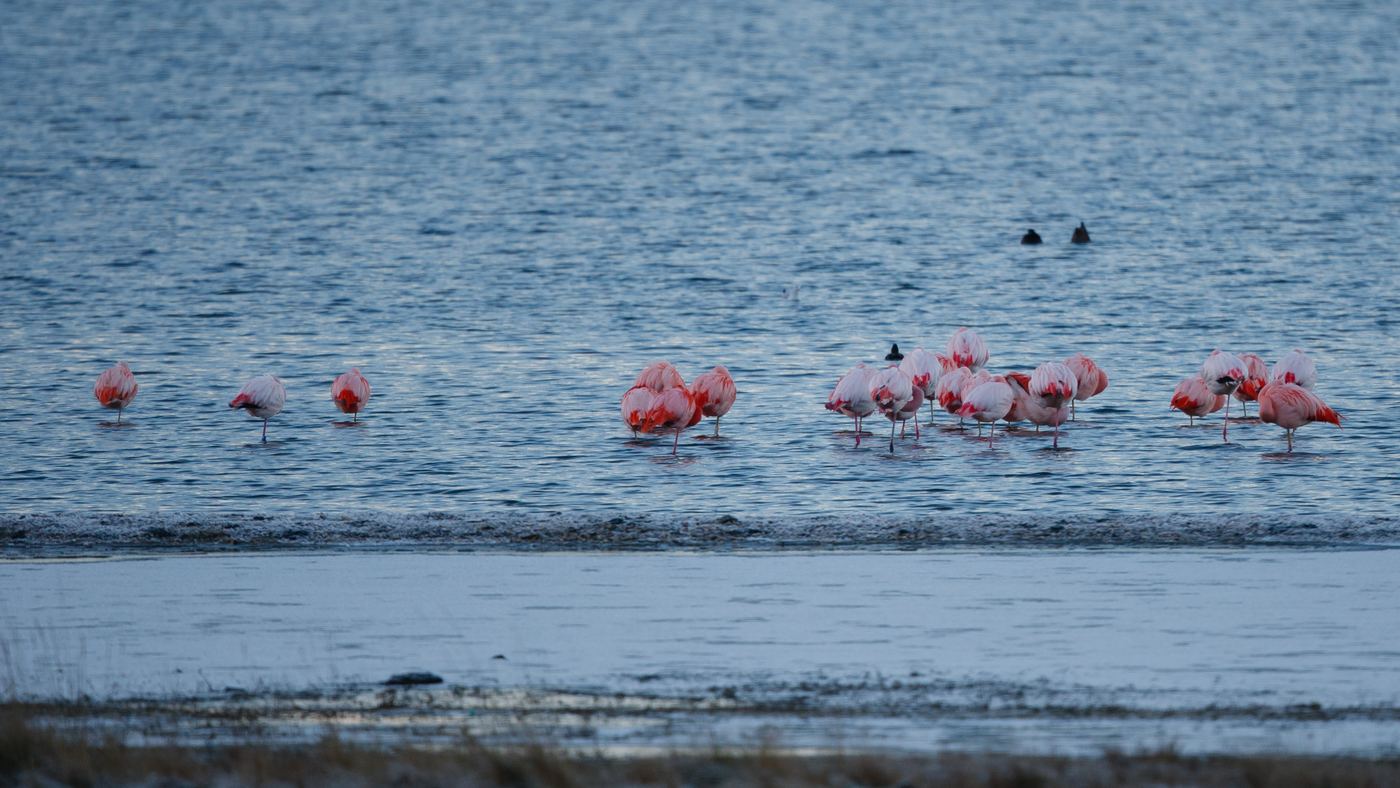 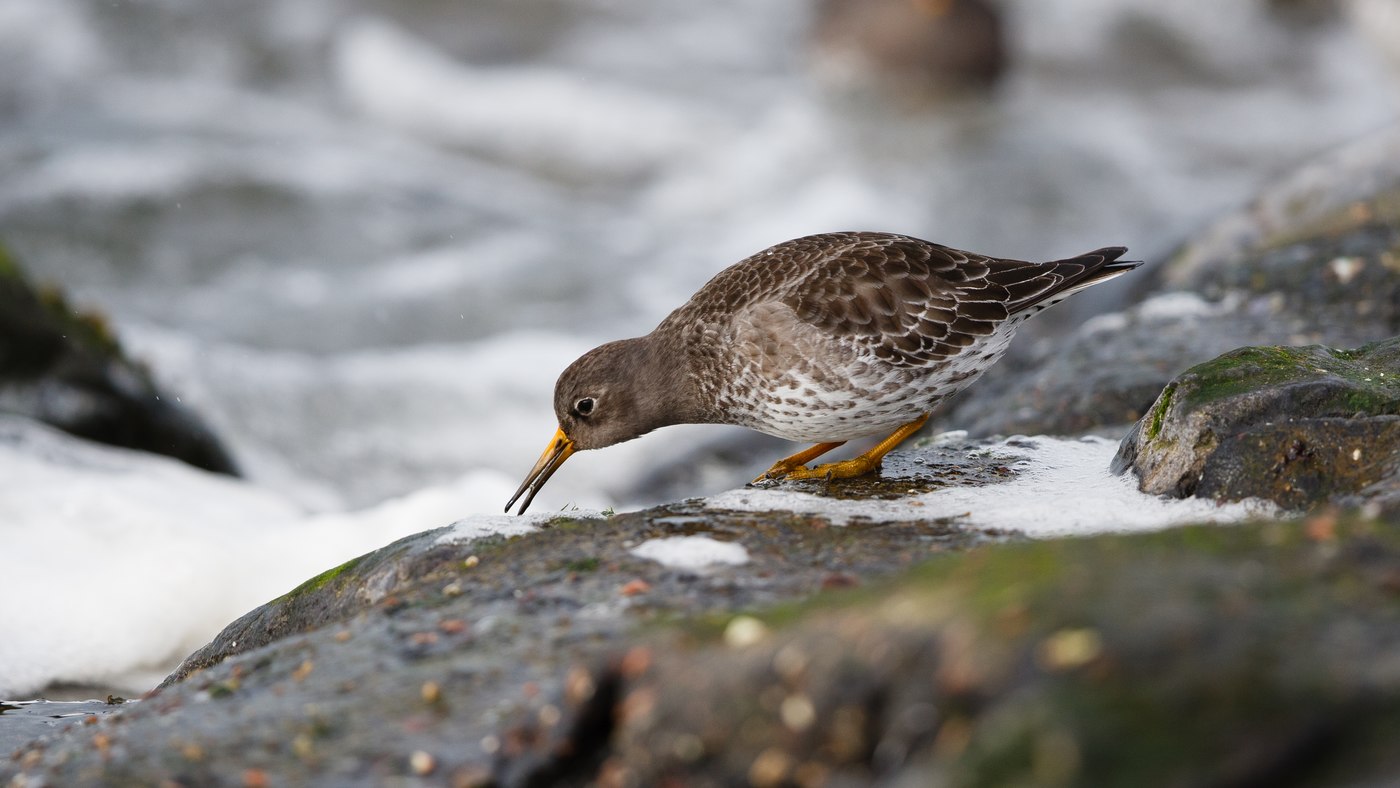 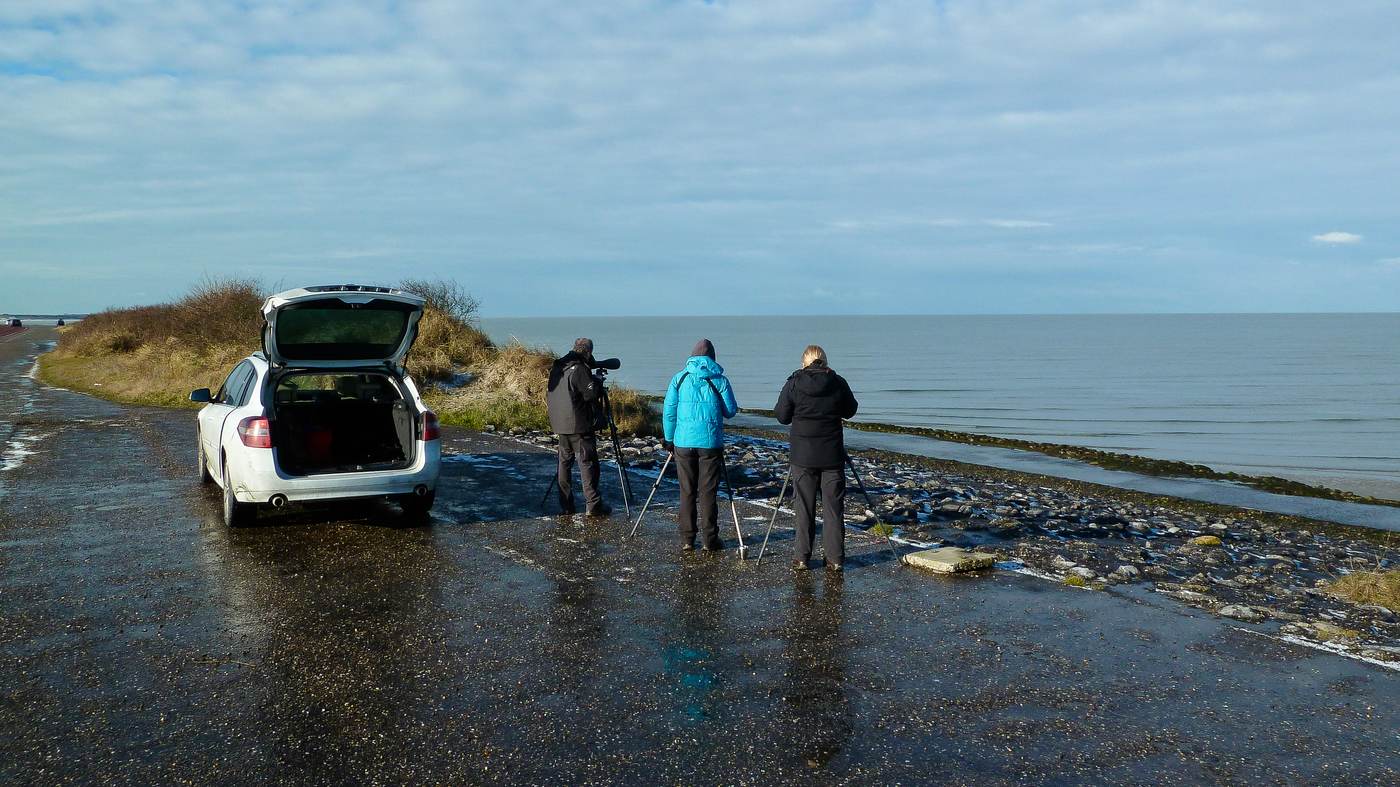 Searching at the Brouwersdam

We had to go back to the Brouwersdam as Kees said the Purple Sandpipers were great to photograph. We had no regrets to go back because they were indeed perfect and there were nice pictures made. There were also 2 Red Knots that were beautiful put in the picture. The beep of a Red-breasted Goose in the Prunjepolder was the signal to continue driving. In the Prunjepolder the Red-breasted Goose was quickly found, here was also a Light-bellied Brent Goose found. While we scanned the Prunjepolder with the spotting telescope the Brent’s flew up and among them the Red-breasted Goose. They flew to the meadows and here and some pictures were made. Before we left a Peregrine was found and among a group Tundra Bean Geese we found a Pink-footed Goose. 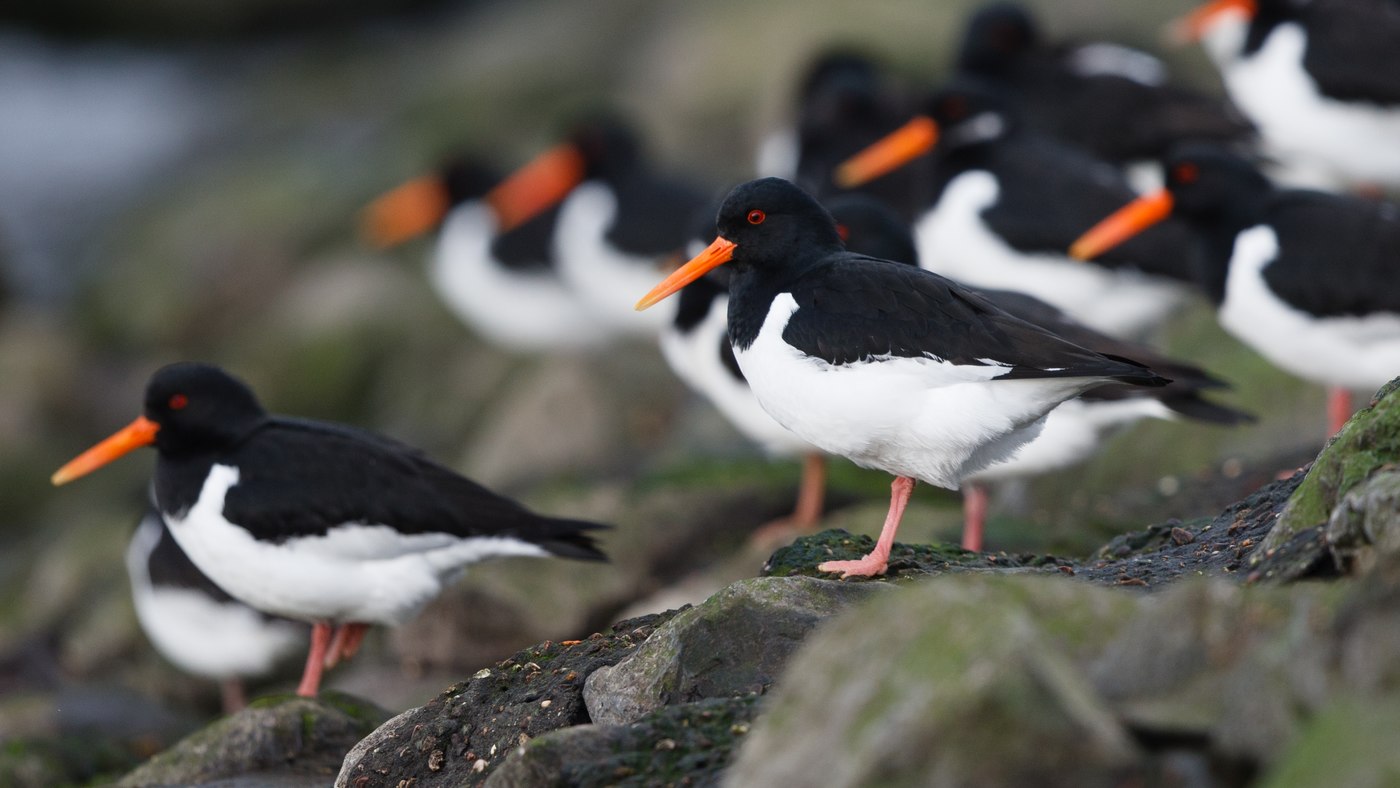 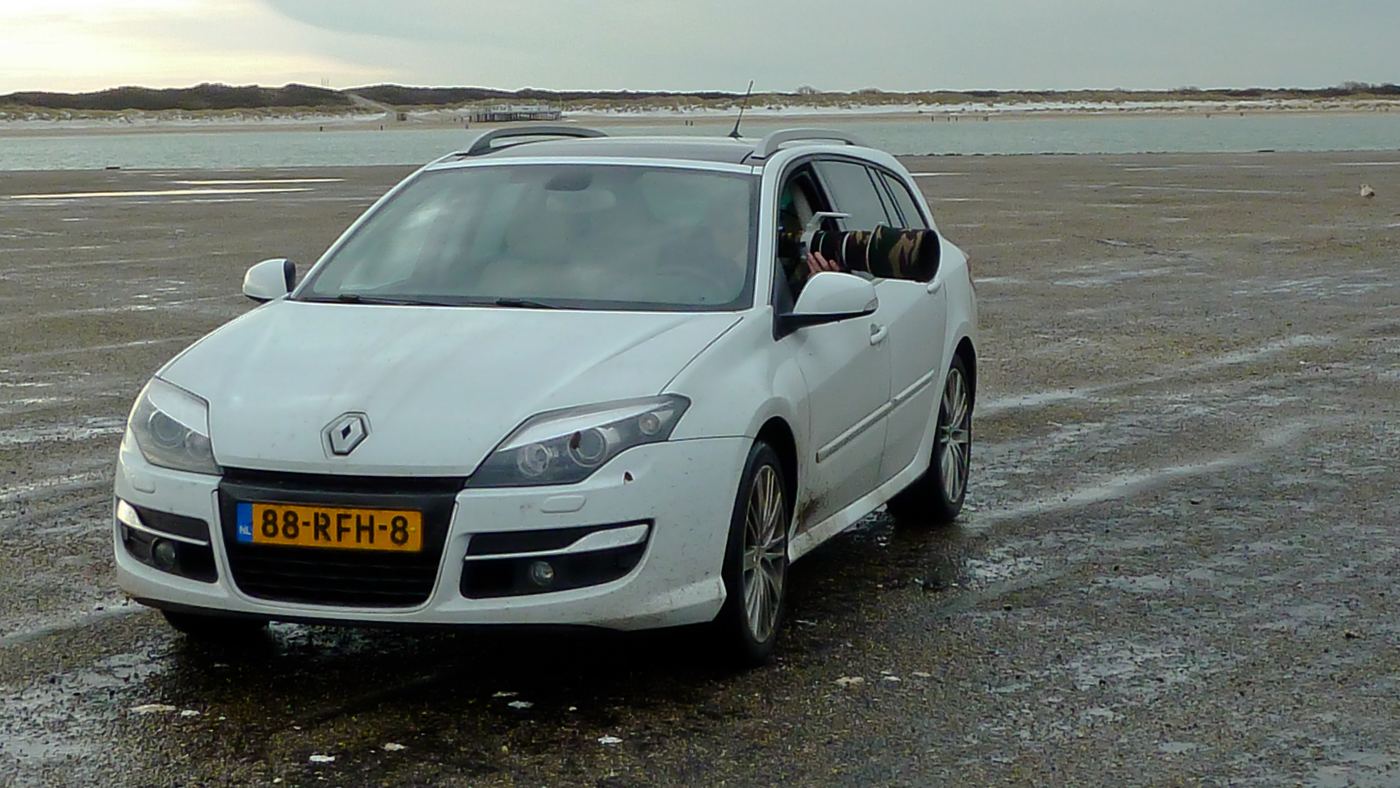 The car is the ideal hide

We drove on to the Stolpweg where we the present the Rough-legged Buzzard was quickly found, here we also saw a Northern Harrier hunting. Neeltje Jans was the next stop and along the road a group of Brent’s was inspected what yielded a Black Brant. At Neeltje Jans we found a Shag but otherwise it was quiet here. It had become considerably later and because I had to be home on time we would end the day with an attempt for the Short-eared Owl at Zierikzee. This unfortunately did not succeed and around 3 o’clock we drove back to Made. It was a very nice day with 86 species of which 3 are new for the year list.