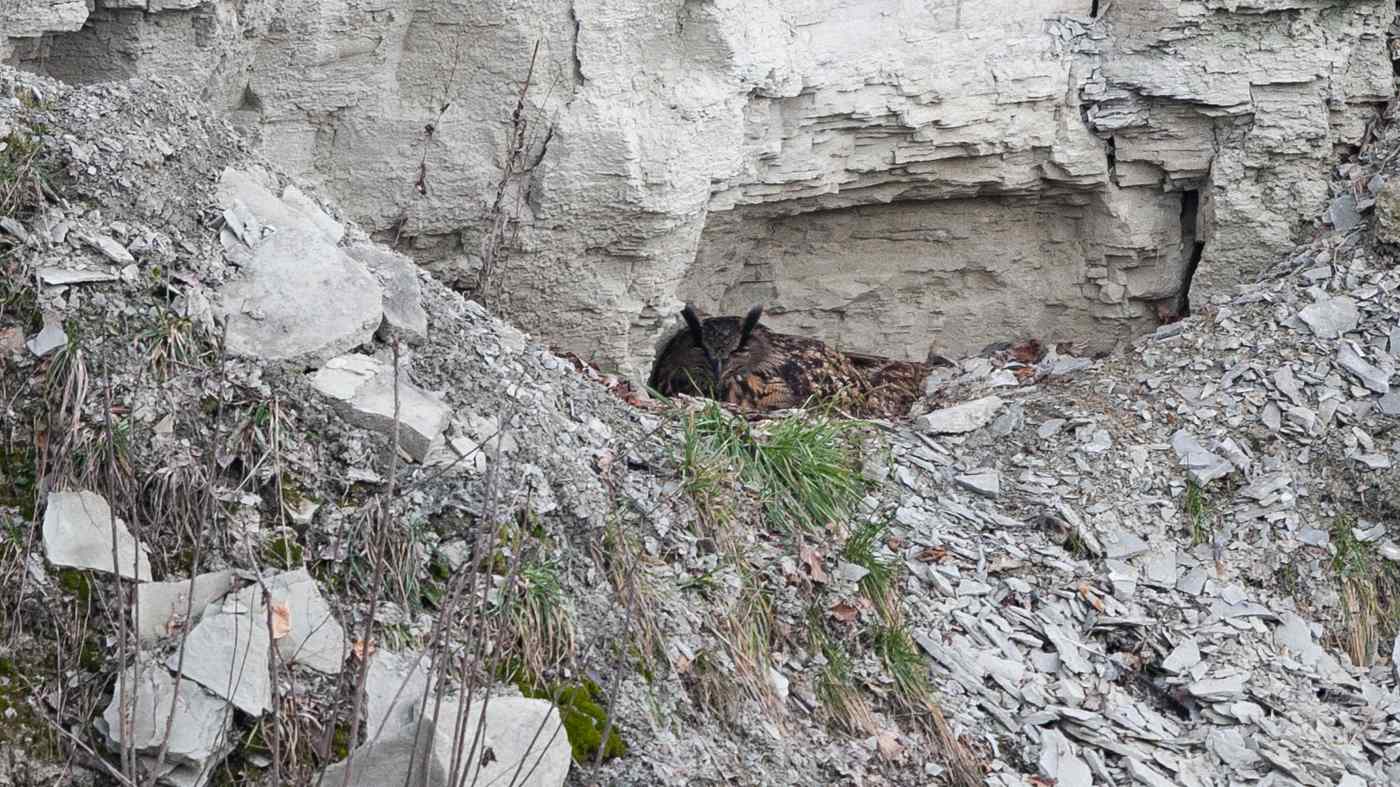 During a dinner with Pieter and Maartje at Marc's BBQ on Friday evening, the options for Saturday were discussed. Because it is quiet in the Netherlands with regard to birds we opted for a day trip to the east of the country. First we will drive to Losser to see if we can get the present Bittern before the lens. I did not see the Eagle Owl at Winterswijk and we could combine this. 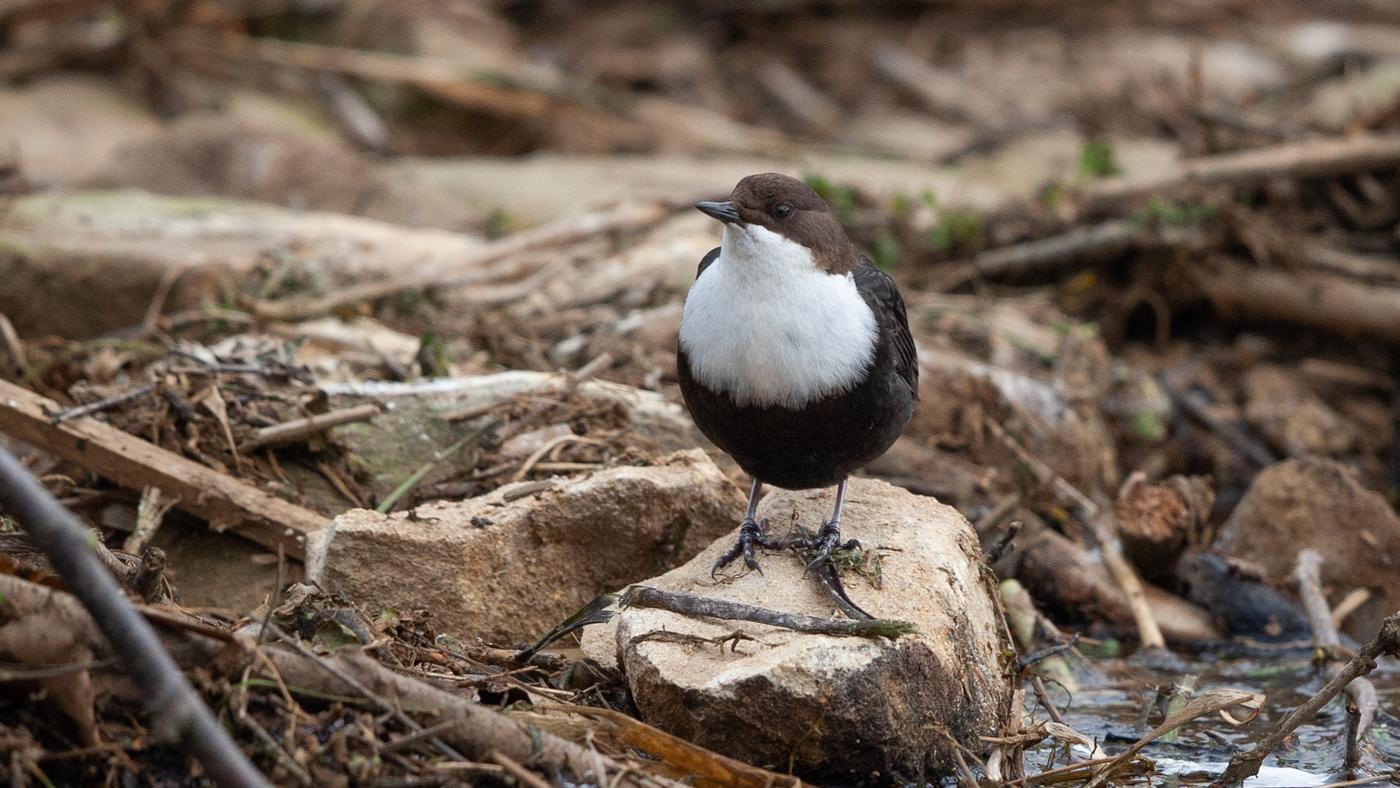 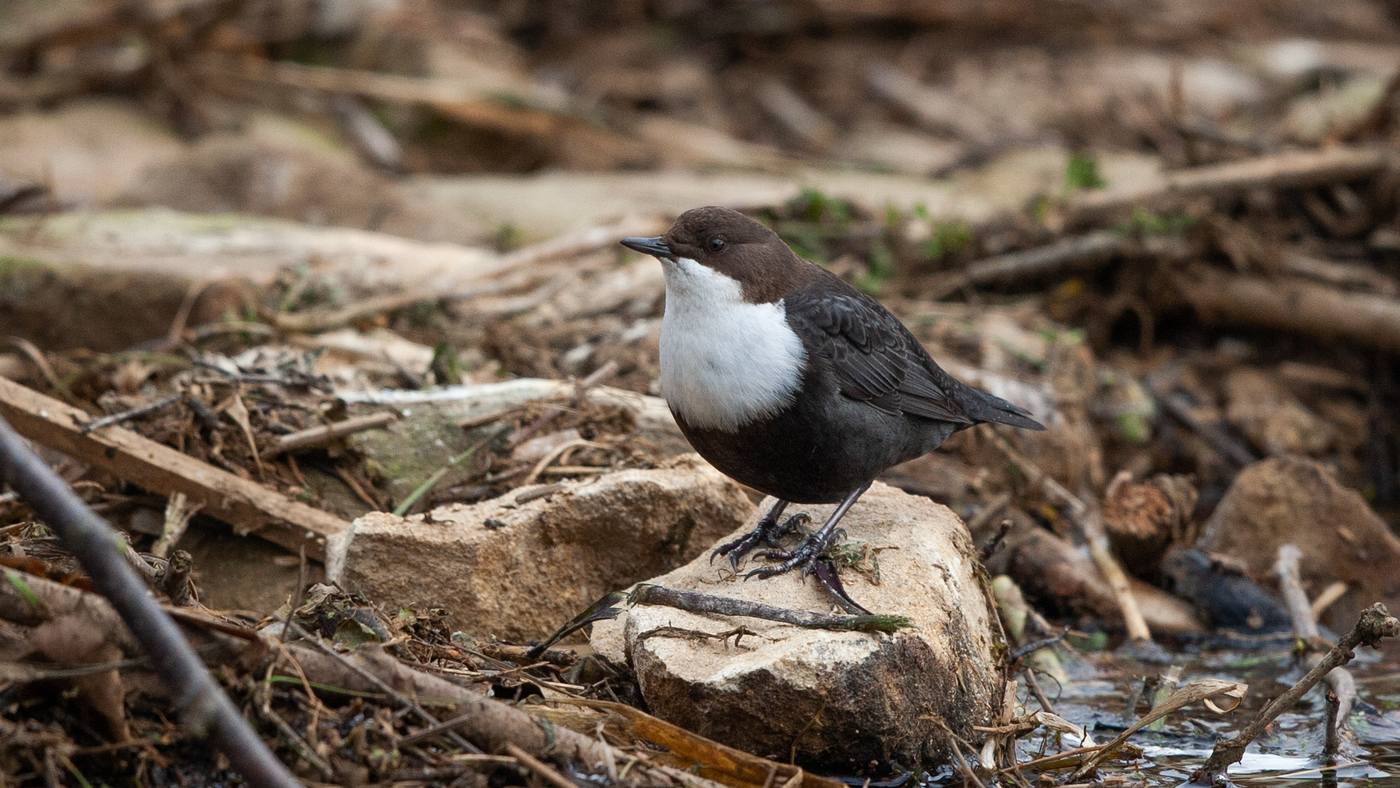 Saturday morning I stood at 7 am at the door of Pieter place and together we drove to Losser. For a few weeks now a Bittern is present which beautifully allows viewing and photographing. After a long drive we park the car at the bird watching hut. It’s freezing and it feels cold. In the cabin is already someone present and we are also greeted by an almost hand tame Robin. The bird is apparently fed as he remains in the hut. The Bittern was not seen yet and because the water in front of the hut was covered with ice the odds did not look good. The telescope was prepared and Pieter found the two Velvet Scooters who have also been here for a while. Furthermore, some Smew were discovered. After half an hour a Bittern flew towards the hut but the bird flew out of sight in the reeds. A Bullfinch was discovered and the bird was joined by 15 other Bullfinches. We continued waiting for the Bittern but after about 2 hours we gave up. Before we left we fed the Robin with some bread.

Next stop was the Eagle Owl in Winterswijk but first we want to make an effort for the White-throated Dipper which sits near Berkelland. The bird is not sighted for almost two weeks but it is on the route. There are 3 places where the bird was seen and these are all at the river Berkel. The first place is at a fish ladder and here we see only a Kingfisher. We drive to the second place and take a short walk along a long fish ladder. We see a couple of Little Grebes and a Great Egret but again no Dipper. The last place is situated on the outskirts of the village Berkelland. Again, a fish ladder and we see two couples courting Goosanders. We search well but we see nothing. I walk slowly back towards the car and when crossing the bridge I see a little bird diving. I call Pieter and it takes a while before we found the bird again and indeed it turns out to be the White-throated Dipper. This we did not expect, especially since Pieter had 3 previously attempts for the bird. The Dipper felt at ease and was exuberantly whistling. There were some nice shots and satisfied we drove to the Owl. 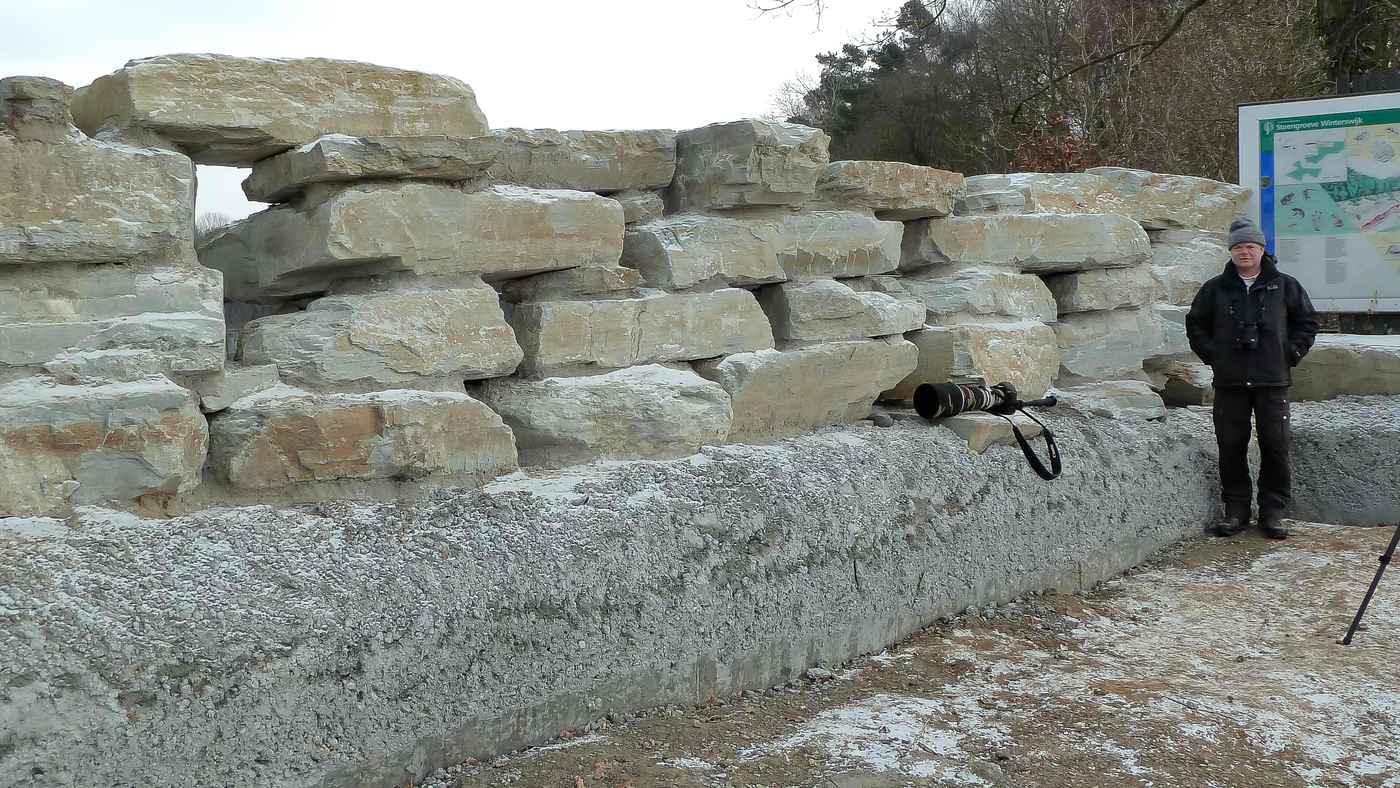 Along the Way coffee was enjoyed and it was not long before we parked the car at the quarry where the Eagle Owl nests for the last few years. They have a nice view wall constructed which looks exactly over nest. The nest is more or less marked by a pole on which a webcam is mounted. Threw this the bird can be followed live on the internet. The bird is already on its nest and through the telescope he is seen well. There are some pictures made and suddenly I hear the distant cry of a Middle Spotted Woodpecker. A Siskin flies over and we hear a singing Nuthatch. It's time to move on and we have a number of places for a Middle Spotted Woodpecker that we want to visit. The first place is only a few kilometres away and during the journey we see everywhere old deciduous forests which are fine for Middle Spotted Woodpeckers. At the first place we quickly find a Middle Spotted who also briefly shows but unfortunately there are no photo opportunities. We see strikingly numbers of Blackbirds, we counted at least 60 birds in a small piece of the forest. 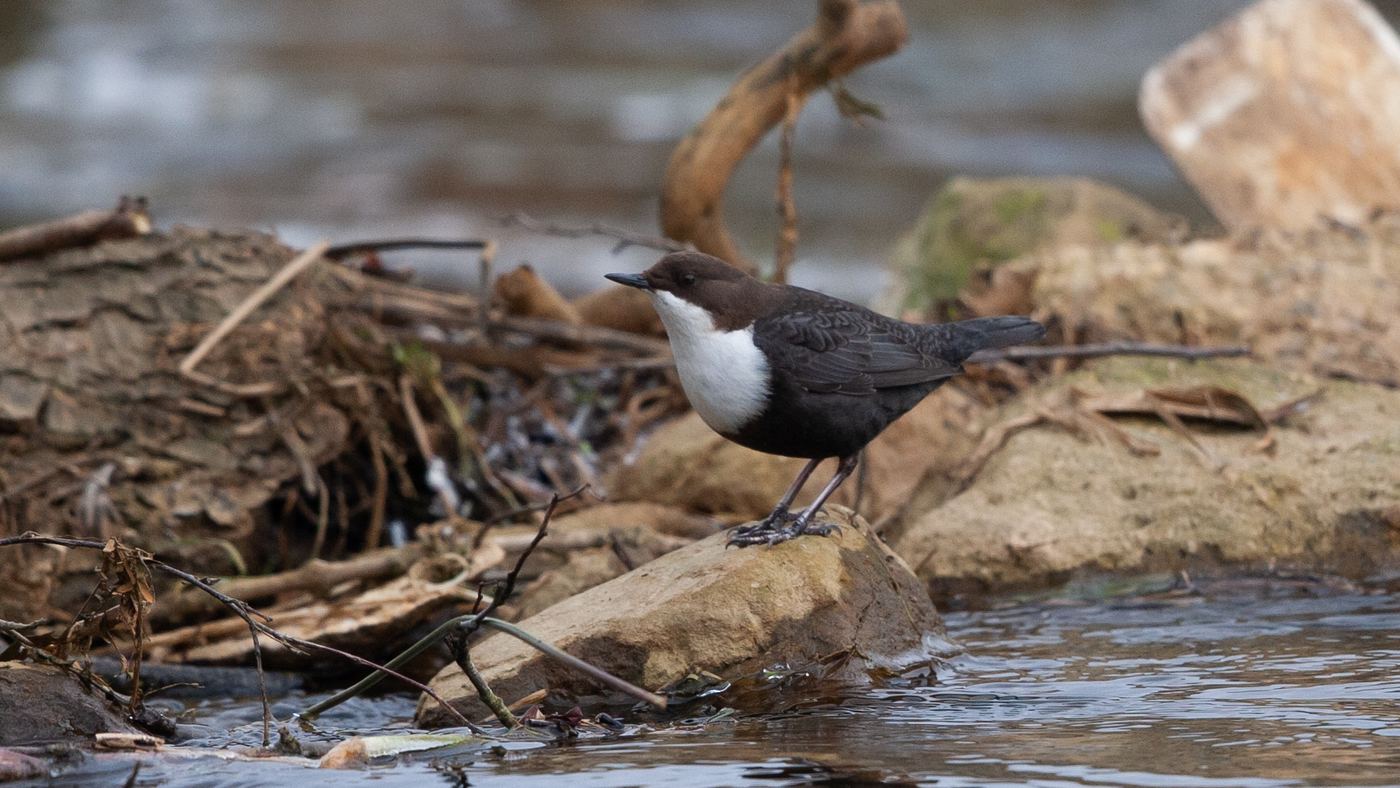 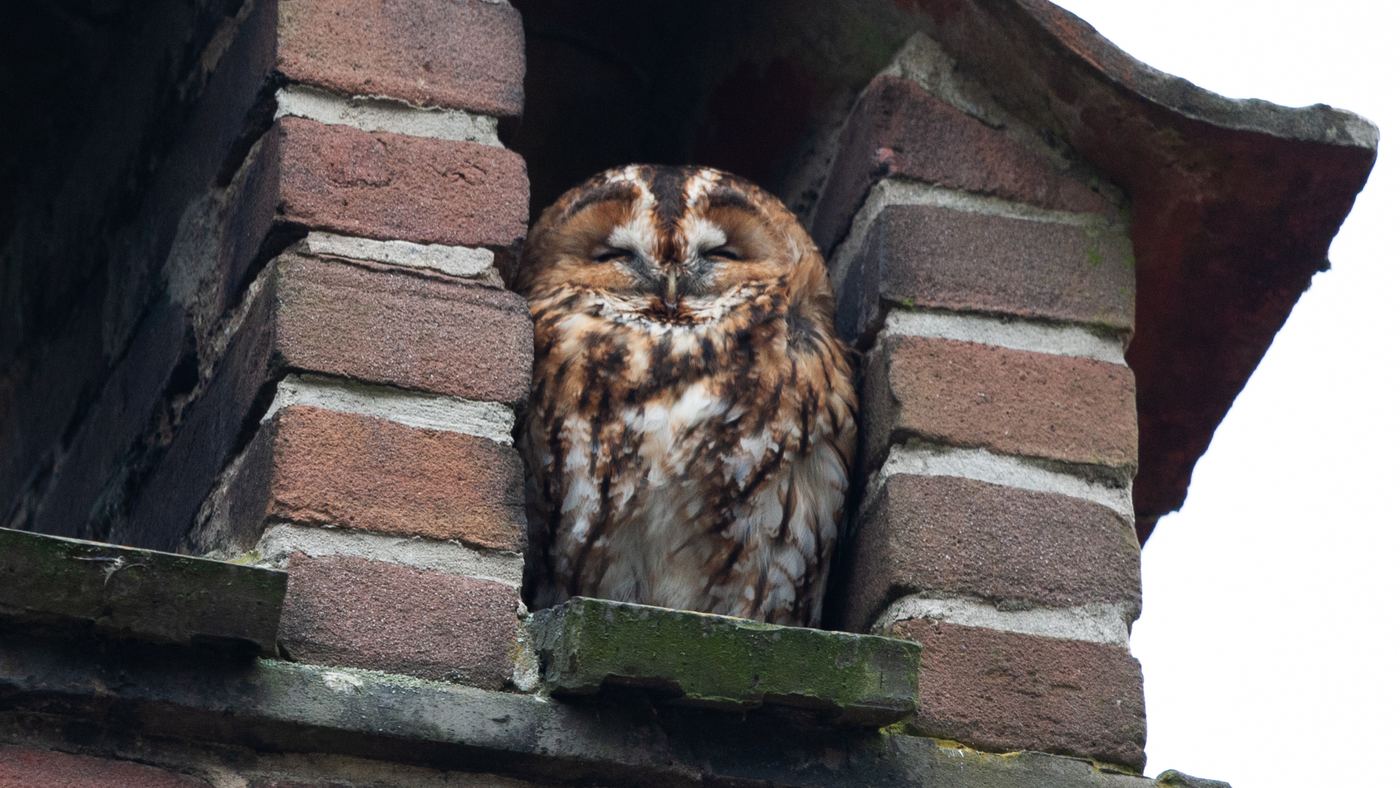 The next place was visited last week by Pieter. This yielded 2 Middle Spotted and Eurasian Treecreeper. Now we found nothing. It was already past 2 and we decided to drive back to Huizen. Along the way Pieter knew a place for a Tawny Owl. The ride back took an hour and at the exact spot we found 2 tawny owls! Somewhat further there is another spot, said Pieter. Here we found another Tawny Owl that was nicely photographed. It was a nice day with a day list of 57 species. Among these are 3 new for the year list which now stands at 175 species.