Little Bunting on the island of Texel 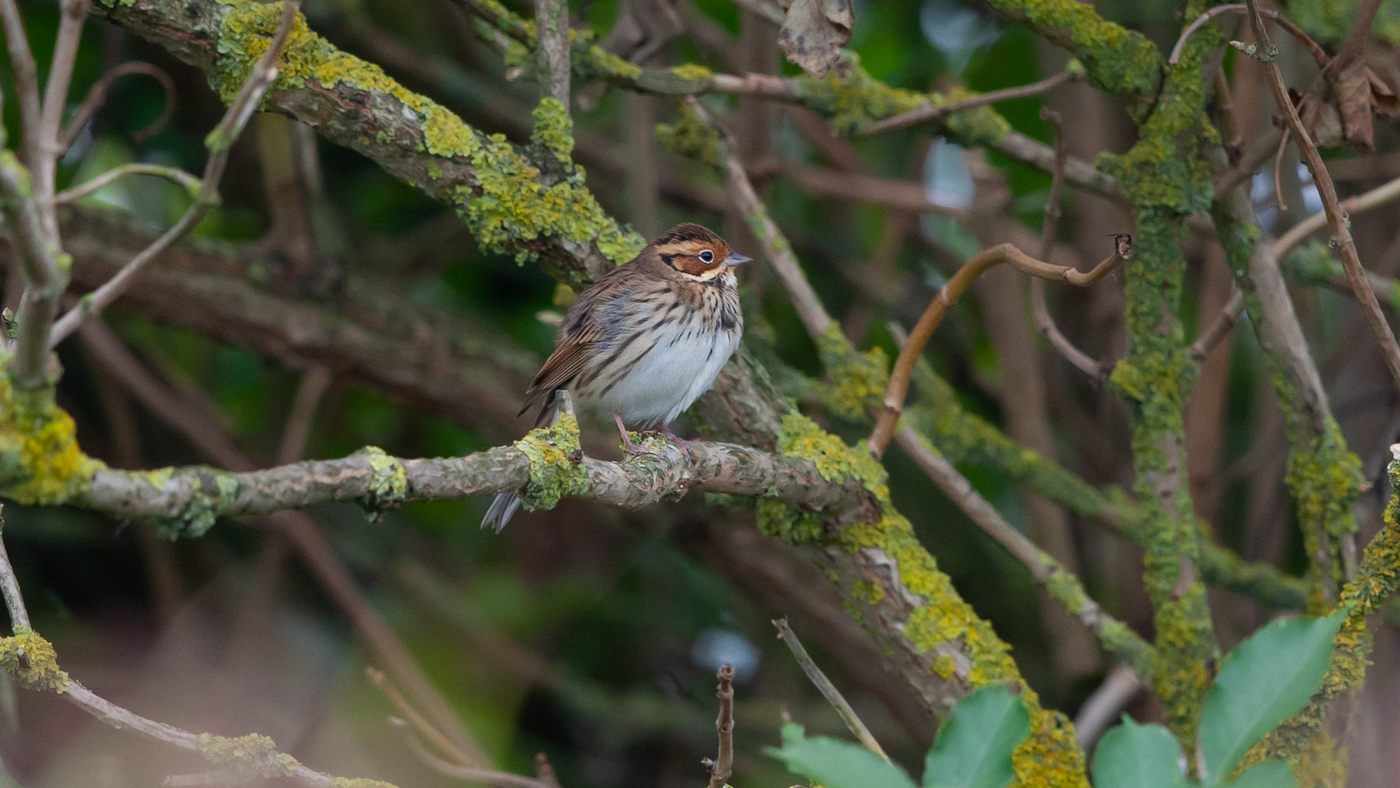 A reported Little Bunting on the island of Texel is missing on the year list. In addition, there are a few species that count for the month list. Pieter also misses the bird so a day to Texel was agreed. At 7.15 am we agreed at a car park near Amsterdam and 8.30 am we were on the first ferry to Texel. 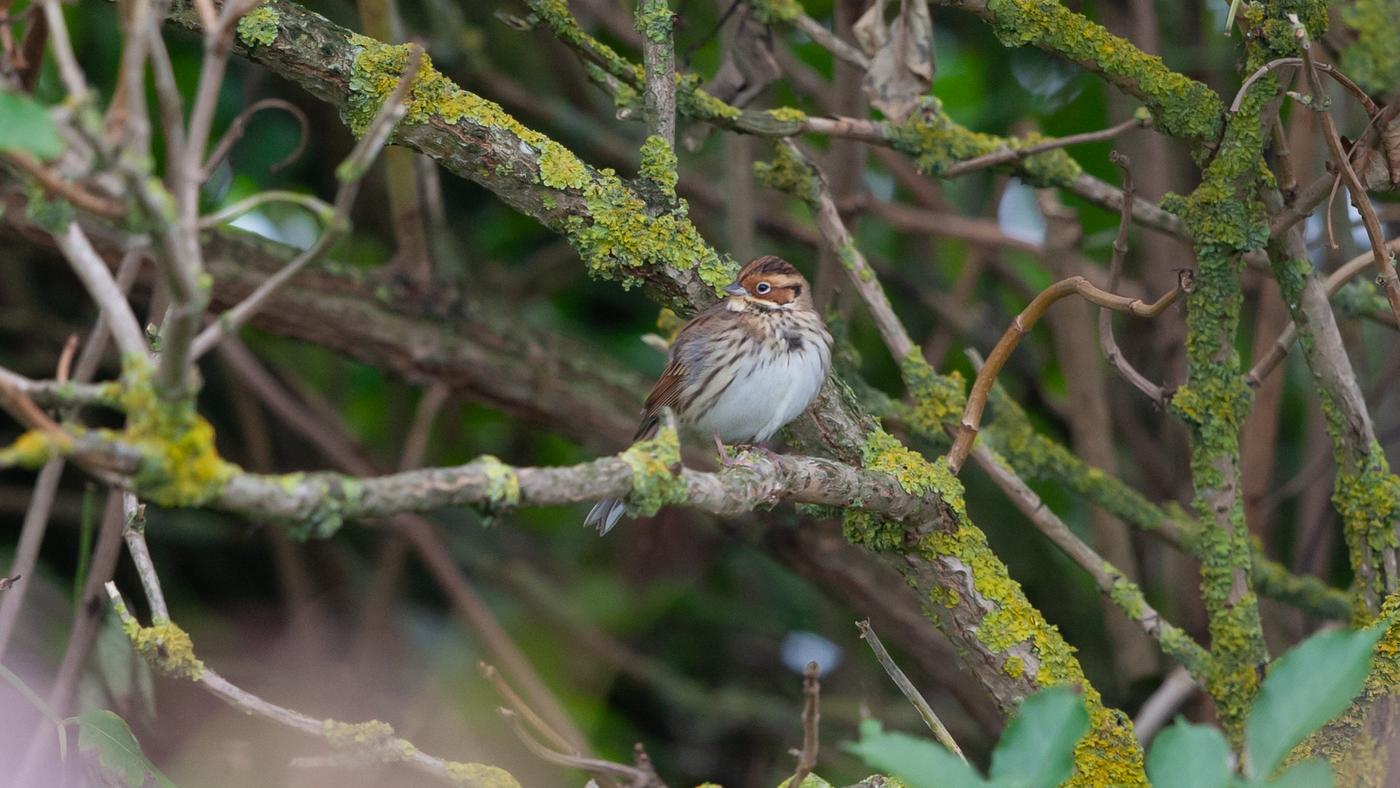 There were no nice observations transmitted from the island so it seemed that not many birders were present. Probably they are all sitting on the island of Vlieland because this is the first "Deception Tour" weekend. During the crossing there were not many birds seen and once on the other side we drove straight to the “Robbenjager” where the Little Bunting was reported yesterday. We drove into the parking lot at the “Robbenjager” and we were the only birders. Yesterday the bird was located in the dunes and here we start the quest. The first bird I saw was a Lesser Whitethroat. Pieter walked on top of the dunes and I wandered off the path down the dunes with Maartje. Suddenly a little bird flew in front of us and into the bushes. The bird did not call and in my opinion this must be the Little Bunting. Pieter was called and the three of us waited patiently until the bird showed again. That did not last too long, and Pieter was the first to get a good view of the Little Bunting. Unfortunately he flew right back into the bushes.

After half an hour or so I saw the bird in a low bush. Beautiful pictures could be made and occasionally the metallic tap of the Little Bunting was heard. For Pieter & Maartje this is a new one for the Dutch list. A good start of the day. Near Den Burg sat a Hooded Crow and that was the next destination. On the spot we found a large group of Carrion Crows but the Hooded Crow sat not between them. There was a stiff breeze from the southwest and it invited out for an hour of sea migration counting. The telescopes were prepared at Pole 21. Quickly Northern Gannets were seen. A Common Murre was swimming in the surf and seemed to be hurt at one of his legs. After an hour Maartje suggested coffee at the beach pavilion. She left first and missed a Black-throated Loon in summer plumage which flew very close, it also still counts for my monthly list. 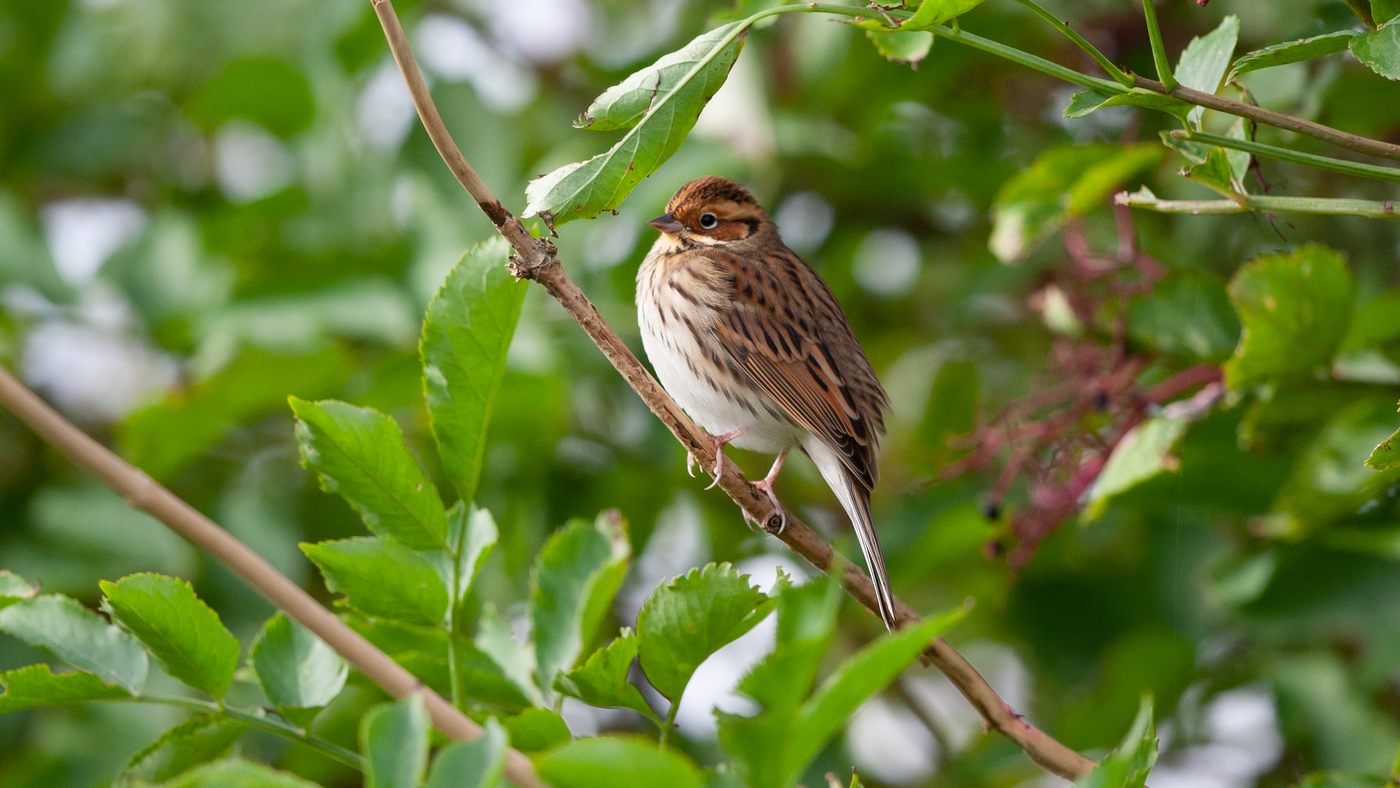 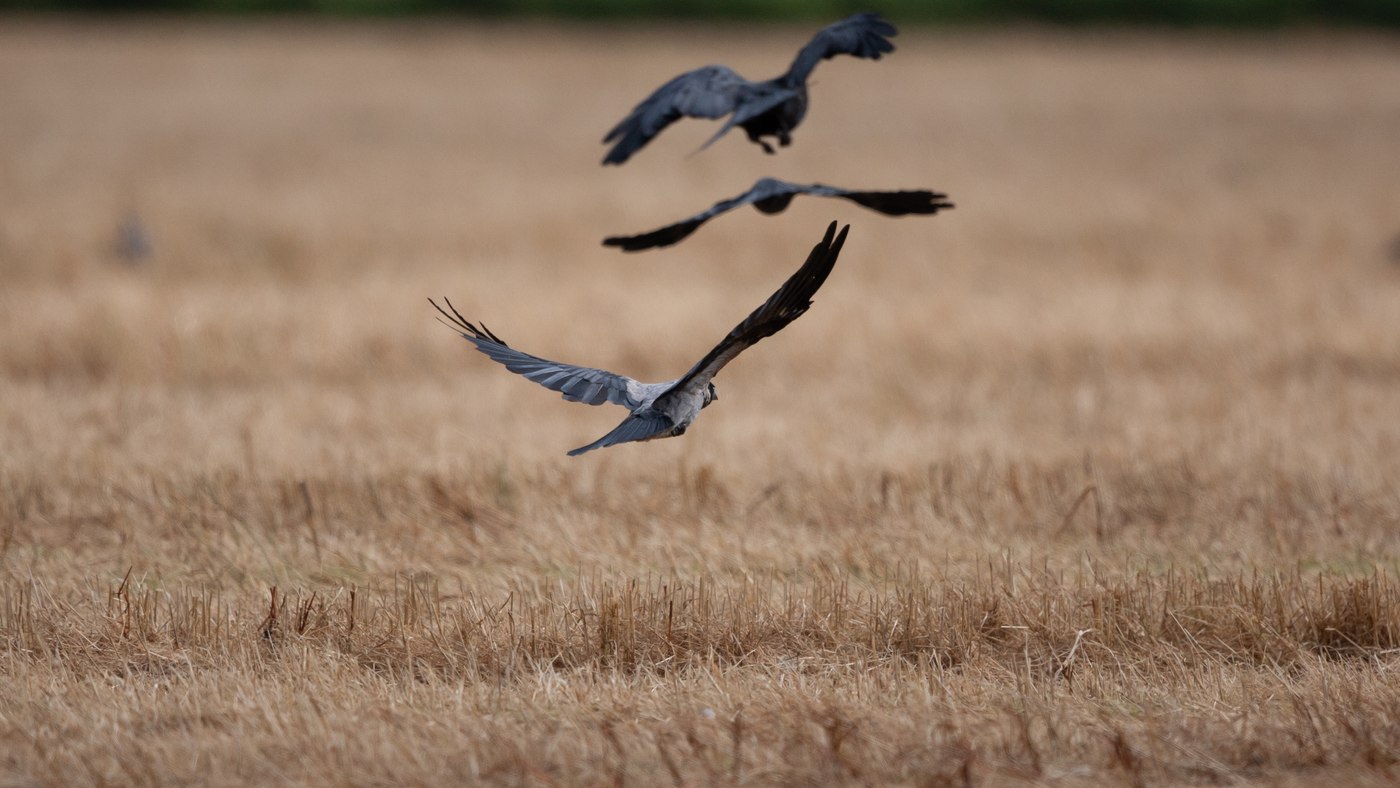 During the coffee we agreed that we have a second attempt for the Hooded Crow and then try the Light-bellied Brent Geese that last time we did not found. The Hooded Crow again proved impossible to find but we found 3 Light-bellied Brent Geese in the company of eight Brant Geese. The Light-bellied Brent’s still count for the month list. From the dike we had a good view over the nature reserve Utopia but was not anything special. It was now half past one and the notification of an American Golden Plover near Den Oever we could not ignore. We drove back to the ferry but first inspected the field of the Hooded Crow. Third time lucky and the bird was close to the road between the ordinary Crows. The Hooded Crow counts for the year list and monthly list.

During the crossing, the message came in that the American Golden Plover had flew away. Nevertheless, we drove right to the reported place but here we could not found any Golden Plovers. On the sea dike in Hippolytushoef yesterday a Snow Bunting was reported, a good search yielded nothing on. It was well past four and time for me to go home. Along the way a suspected Short-billed Dowitcher was reported in the Lauwersmeer. A difficult decision for me not to go and wait until tomorrow. Pieter & Maartje headed immediately north when I deposed them in the parking lot. When I was almost home a report came in that it was a Long-billed Dowitcher, pfffff. With 2 new for the year list and 4 for the month list it had become a best day. The annual list has grown to 304 species.