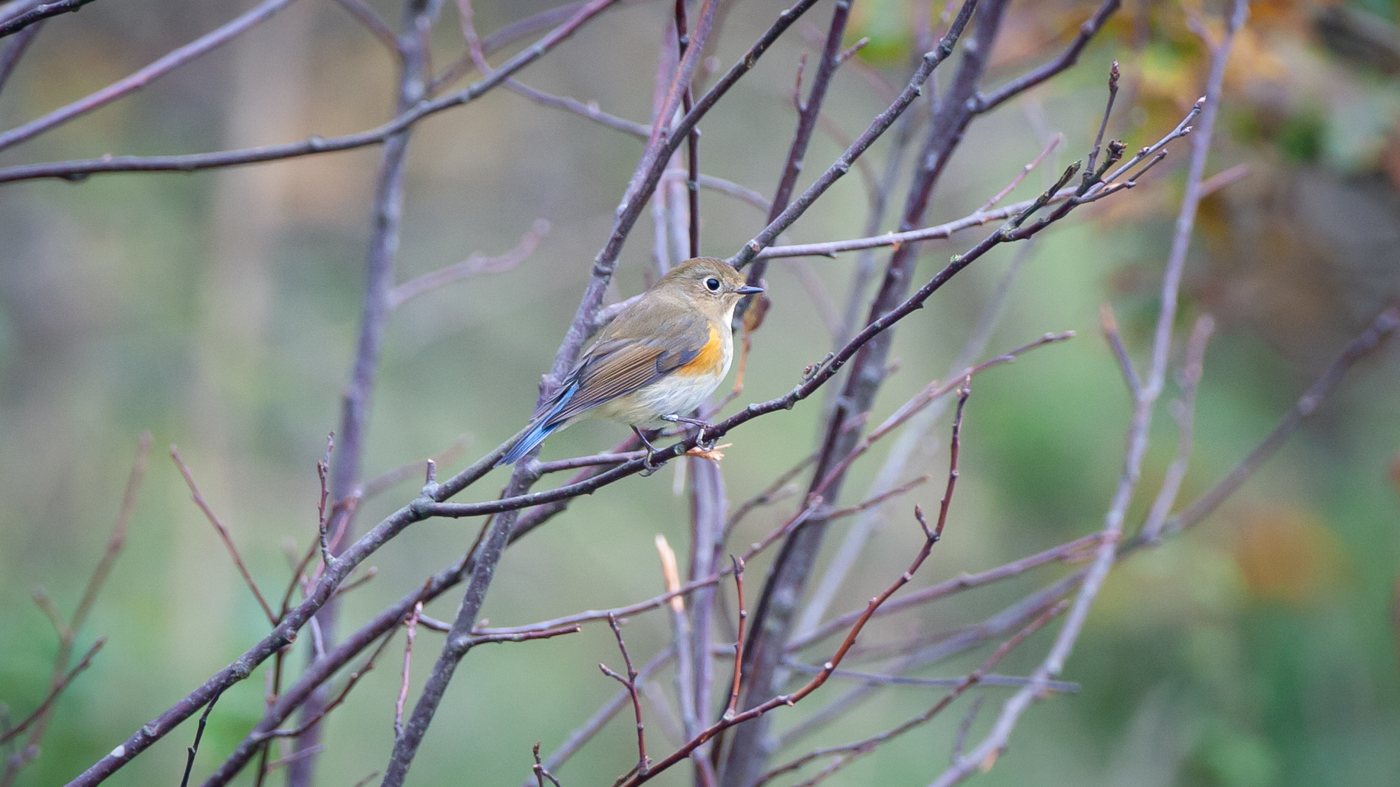 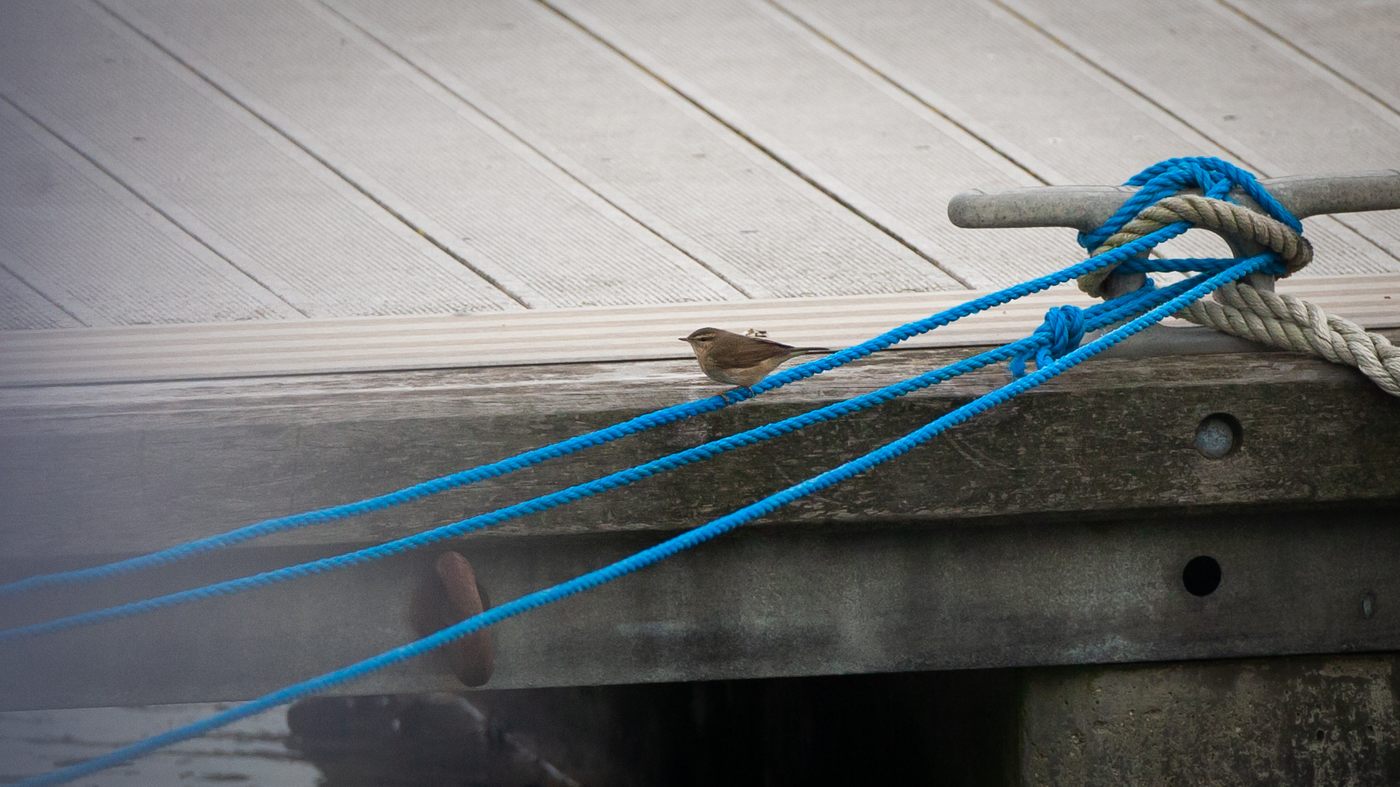 At half past seven in the morning I picked up Peter and together we drove to Castricum. Along the road was stopped for a cup of coffee. At nine o’clock the car was parked and we started the half an hour walk. In the distance we could hear that song sounds were played by the ringing station. The call of a Marsh Tit was welcome to my monthly list and regular groups of Redwings flew over us. There was no wind but there was a thick layer of clouds. The call of a Mistle Thrush was heard overhead. We approached the place and there were already a lot of birders. The Red-flanked Bluetail had already been seen. I grabbed the camera and waited for what was to come. To my right the Red-flanked Bluetail was spotted and suddenly the bird sat at some distance in front of me. I managed to make a few pictures that were not bad but I wanted something more than this. 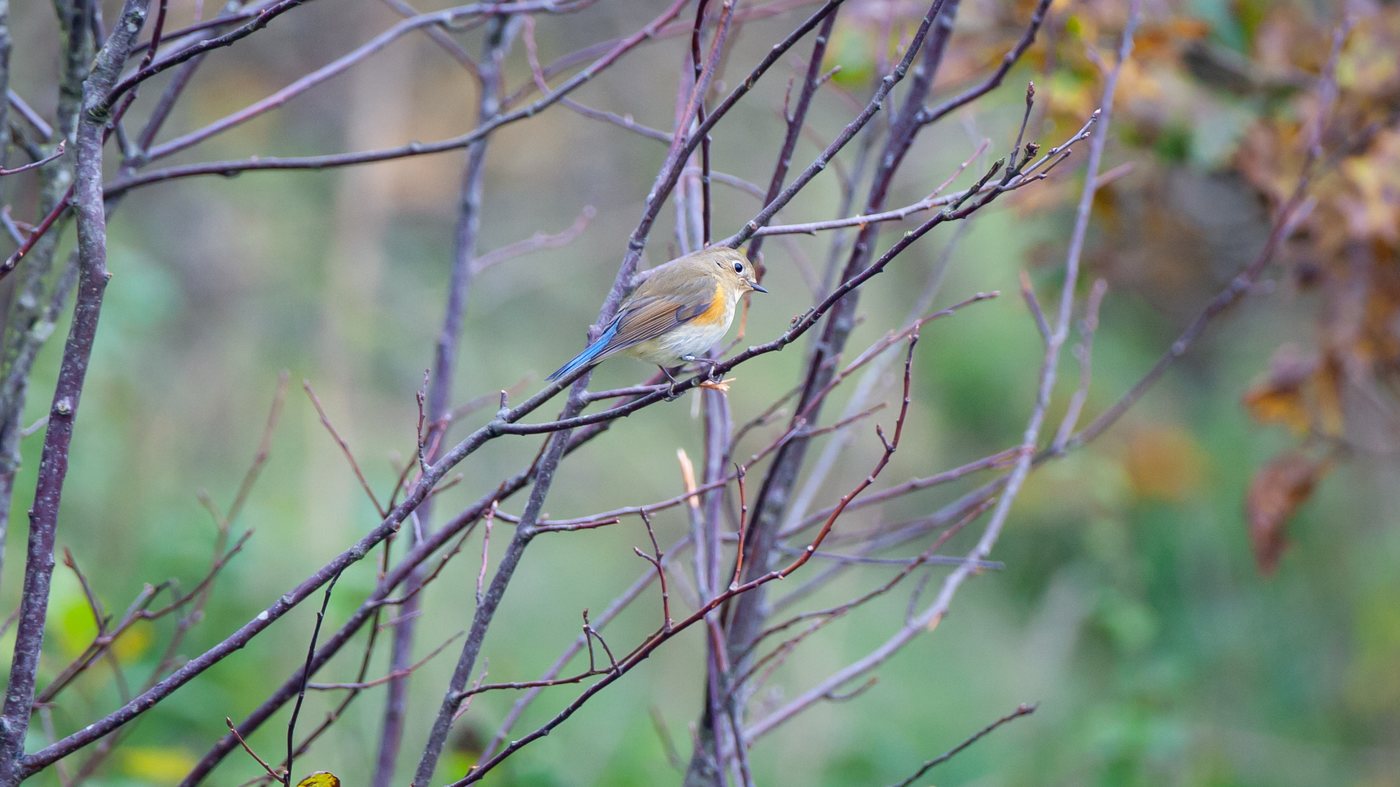 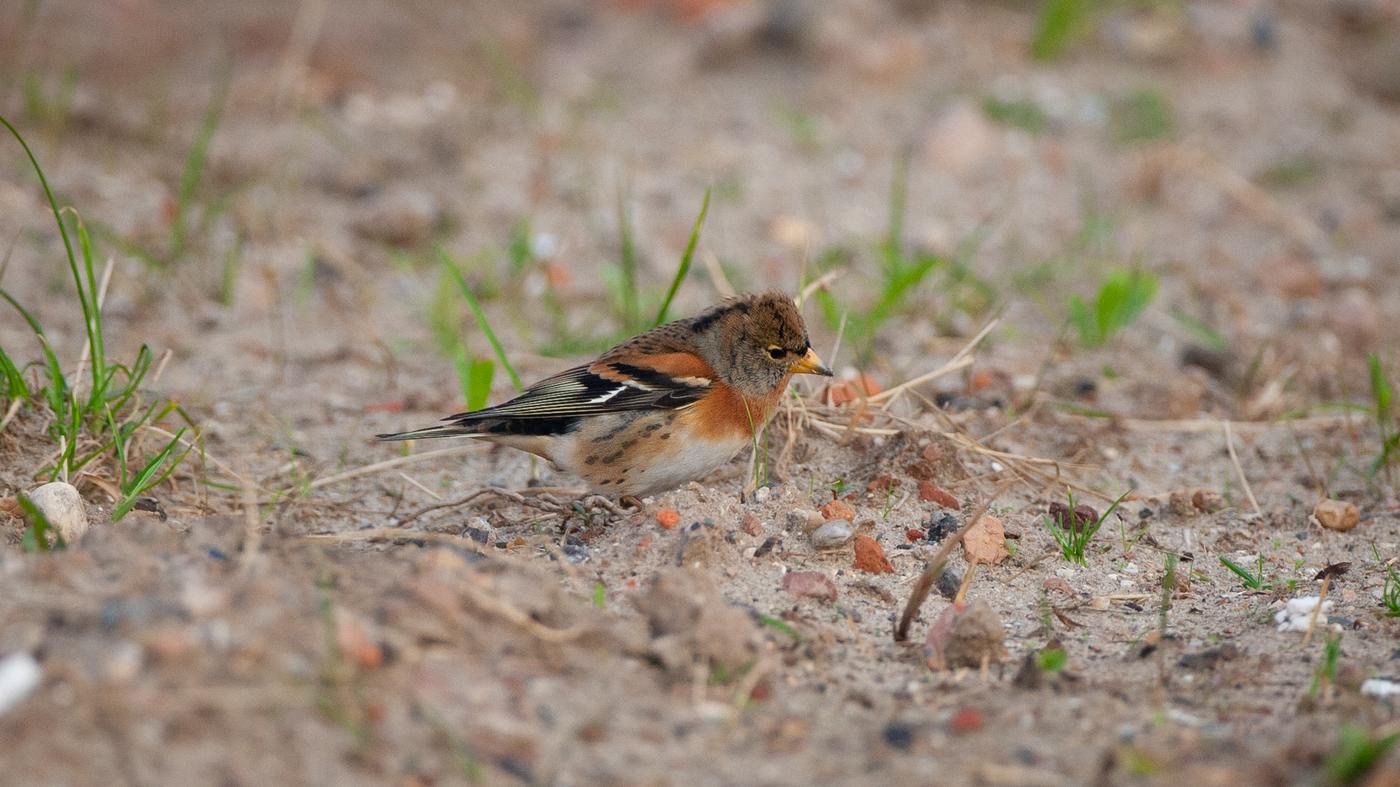 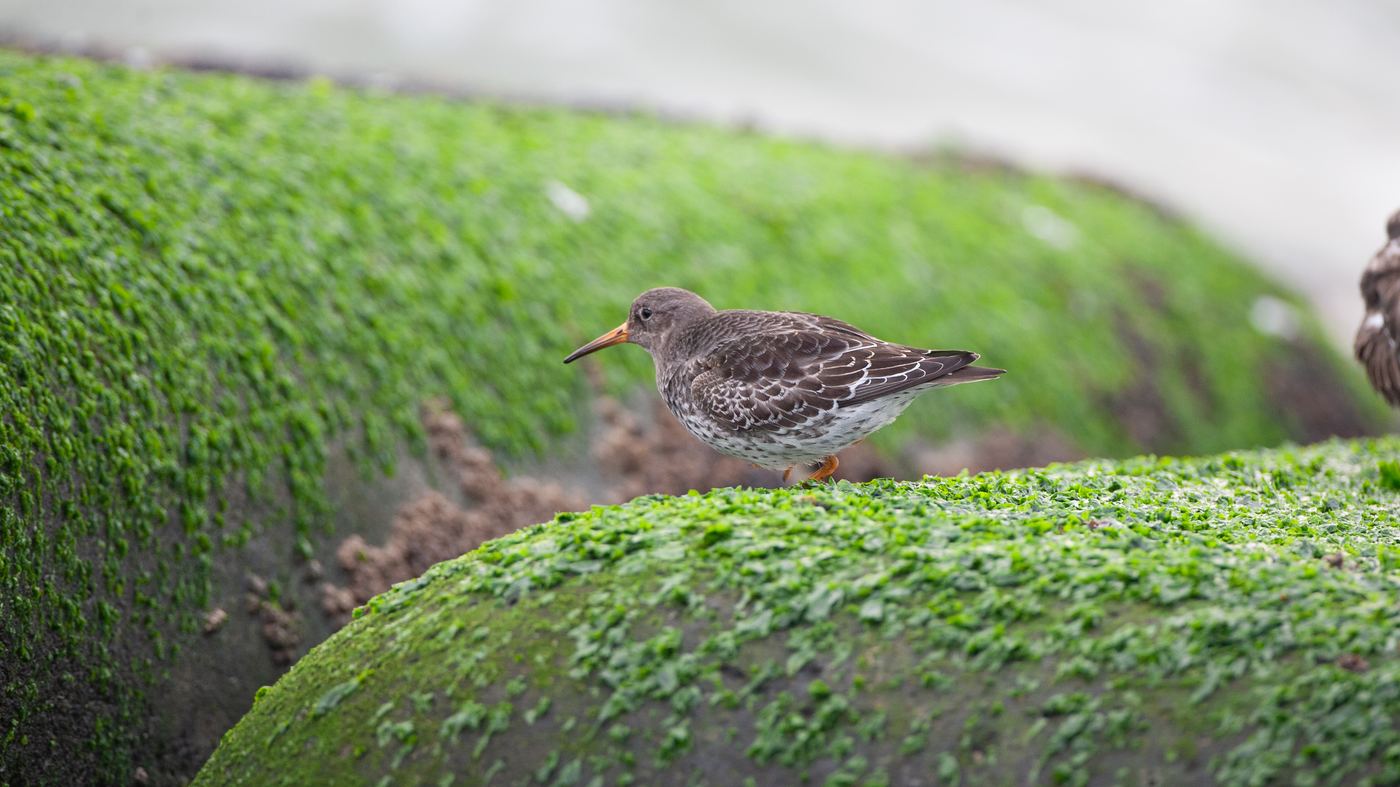 Meanwhile, a Dusky Warbler was reported in IJmuiden. For Peter this is a new one so the follow up program was easy to decide. We stayed at the Red-flanked Bluetail for about 2 hours. At that time we saw the bird regularly and finally I could make the records that I had hoped for. We walked back to the car and drove to IJmuiden. The Dusky Warbler sat in the harbor and a group of birders showed us the exact spot. Against the embankment of the marina was a small bunch in which, according to birdwatchers, the Dusky Warbler was present. I took position on a pier and waited quietly. After fifteen minutes the bird flew out of the bunch in my direction. The Dusky Warbler landed on one of the ropes that hold a yacht. I could quickly make some proof shots in a very strange setting for a Dusky Warbler. Peter was very happy with his new species. 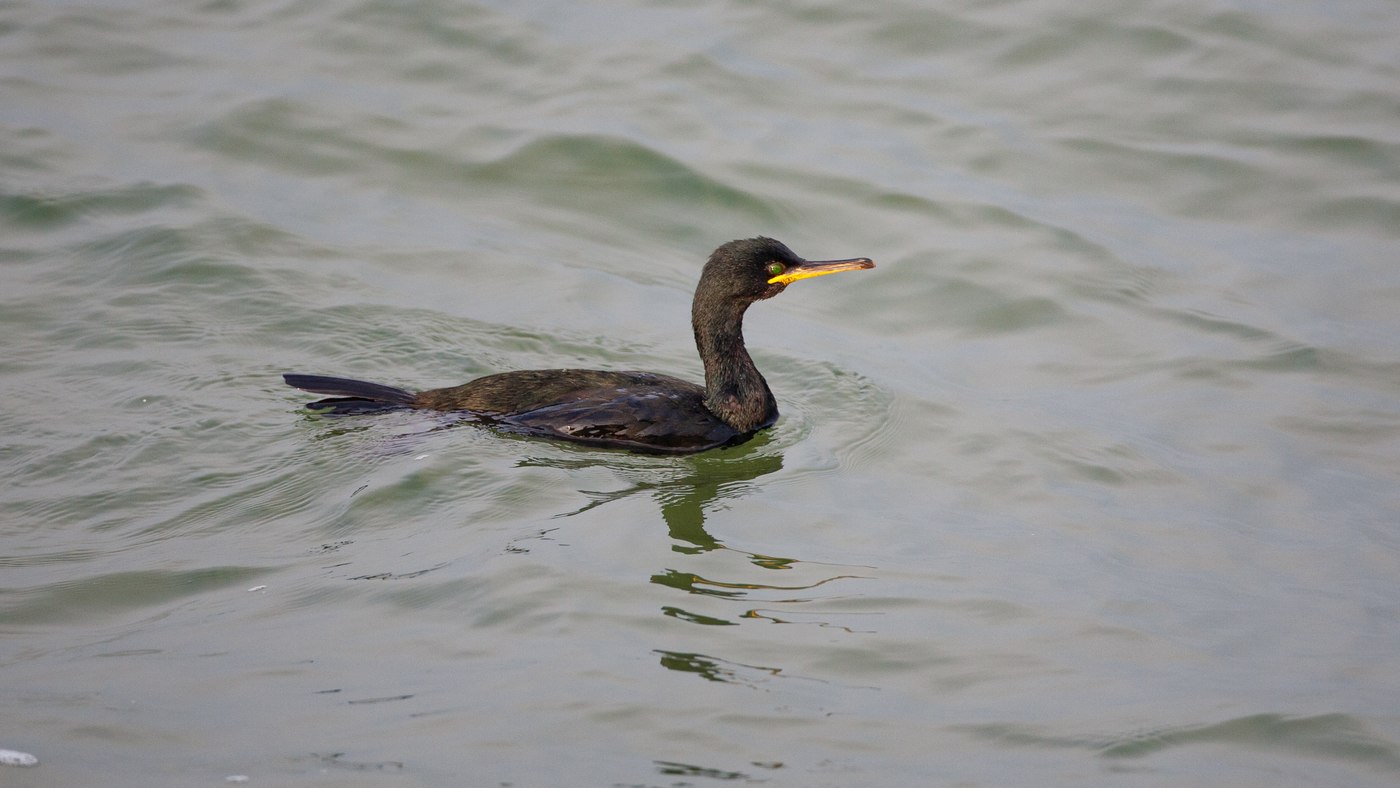 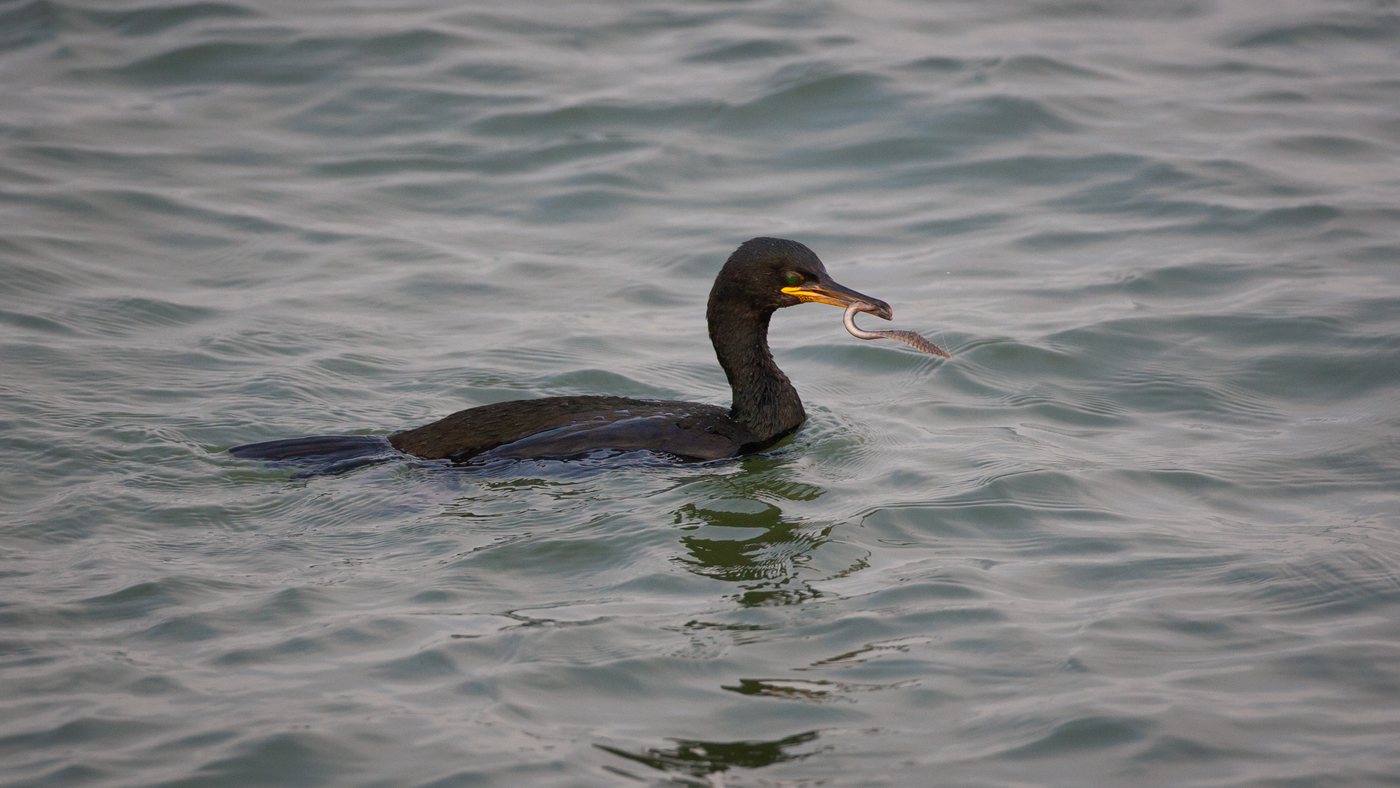 We were now on the pier. The first nice specie was a Guillemot. In the distance we saw an Arctic Skua. Some Ruddy Turnstones were on the blocks and a few Purple Sandpipers. A Red-throated Diver was fishing in a short distance. At the end of the pier, a fishing adult Shag was seen. The bird was very tame and allowed great photo opportunity. A few adult Gannet flew by. During the walk back we saw an Arctic Skua stealing the food of a Common Tern. For me it was already some time ago that it was so much fun on the pier. At the end of the pier we found a Brambling which allowed us to take a picture.

It was now 5 pm and time to drive back to Uden. It was a very nice day with some nice pictures!