A second attempt this year for the Eurasian Black Grouse followed by a visit to Flevoland. Jan Verhoeven and I left at 7:30 from Uden and drove directly to the Sallandse Heuvelrug where we will meet Alwin.

Somewhat before 9 we arrived and Alwin was already waiting for us. The three of us begin the walk of about 20 minutes to where the Black Grouse are often seen. Along the way we hear a singing Coal Tit which is new for the yearlist. We arrive at the heather fields and despite a hazy day, the view was enough to see any Grouse. It is very quiet and there are not many birds awake so it seems. Halfway through the heather, we hear the mating call of a Black Grouse. We walk towards the sound and discovered a male Black Grouse on an open field courting. The bird was unfortunately disrupted by two groomers and flies away. We are looking for some more time but hear or see no more Grouse. Just before eleven we returned at the car and drive to Nunspeet where Waxwings were reported. 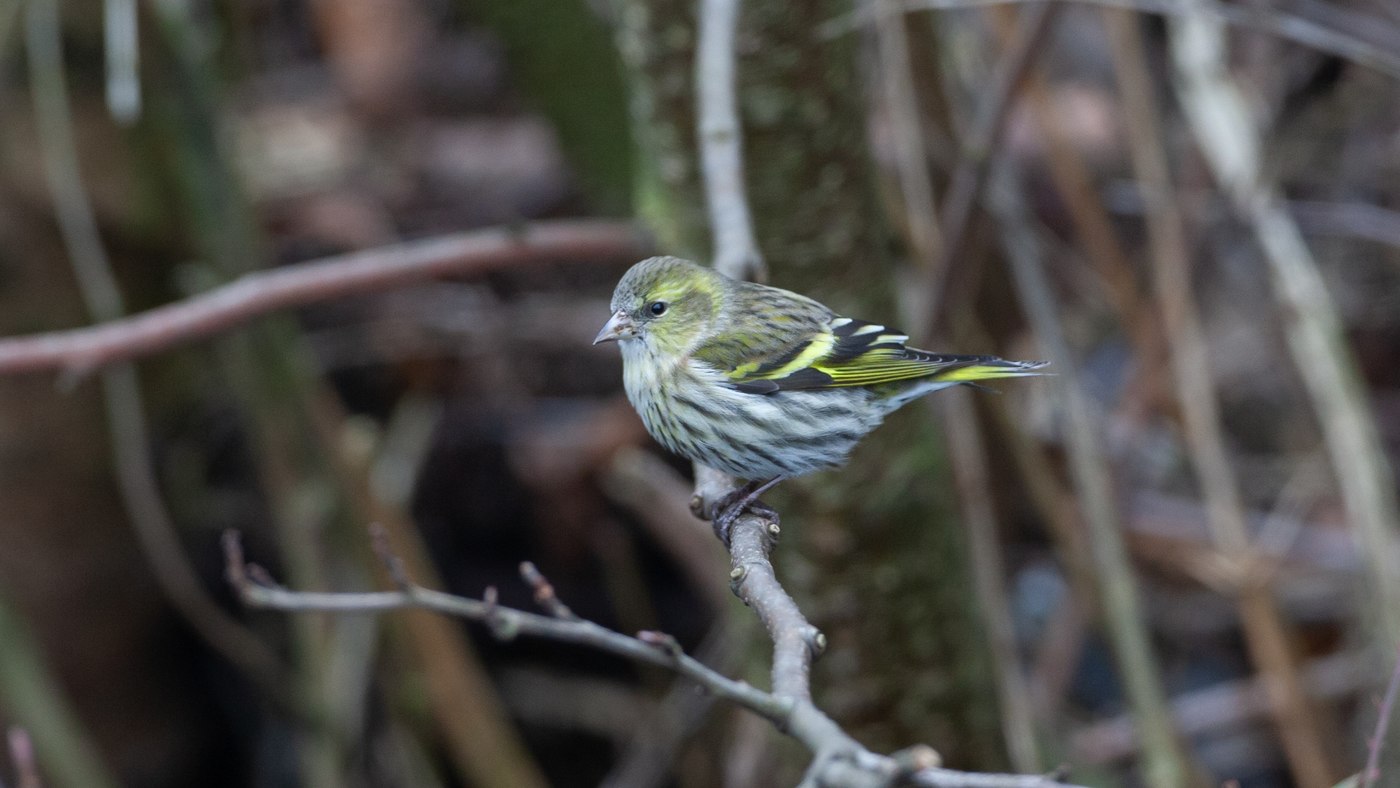 At 11.15 hours we arrive in Nunspeet where we leave the car to search for the Waxwings. During the search we found two Bullfinches and a Hawfinch, the Hawfinch is new for the yearlist. In a frozen ditch group of Siskins attempt to drink and there are some pictures taken. Of Waxwings there was not a trace. We left Nunspeet and drove through Elburg into the Flevopolder. At the Veluwelake we searched in vain for a White-tailed Sea Eagle who often dwells here. We continued to Oostvaarders lakes and a visit to the Praambulten did not reveal much. We continued to Almere along the canal and found a Great Grey Shrike. In Almere at the Jaap van Edenpad Bitterns were reported and this was the next destination. After some searching we found two Bitterns at short distance. Unfortunately the birds were hidden in the reeds so that there were no photo opportunities.

From the Oostvaardersdijk we had another attempt for the White-tailed Sea Eagle but with no result. The Spoonbills lakes were checked but again it was very quiet. At the golf course in Naarden a Ferruginous Duck was reported yesterday. A half hour later we walked among the golfers to find the bird. The pond was full of Tufted Ducks and several Pochard and Gadwall. We searched the Ferruginous Duck for at least one hour but he was not found. We joked that he probably had been hit by a golf ball. It was now about four o’clock and we had one more target on the list: a Black Redstart nearby Huizen.

It is not far away but after a wrong turn it took a little longer and the light made some serious cutbacks. The Black Redstart was not difficult and the bird was found quickly. The bird is new for the year- and month list. Jan and I said goodbye to Alwin and headed back to Uden. We ended the day with 68 species including 5 new for yearlist.