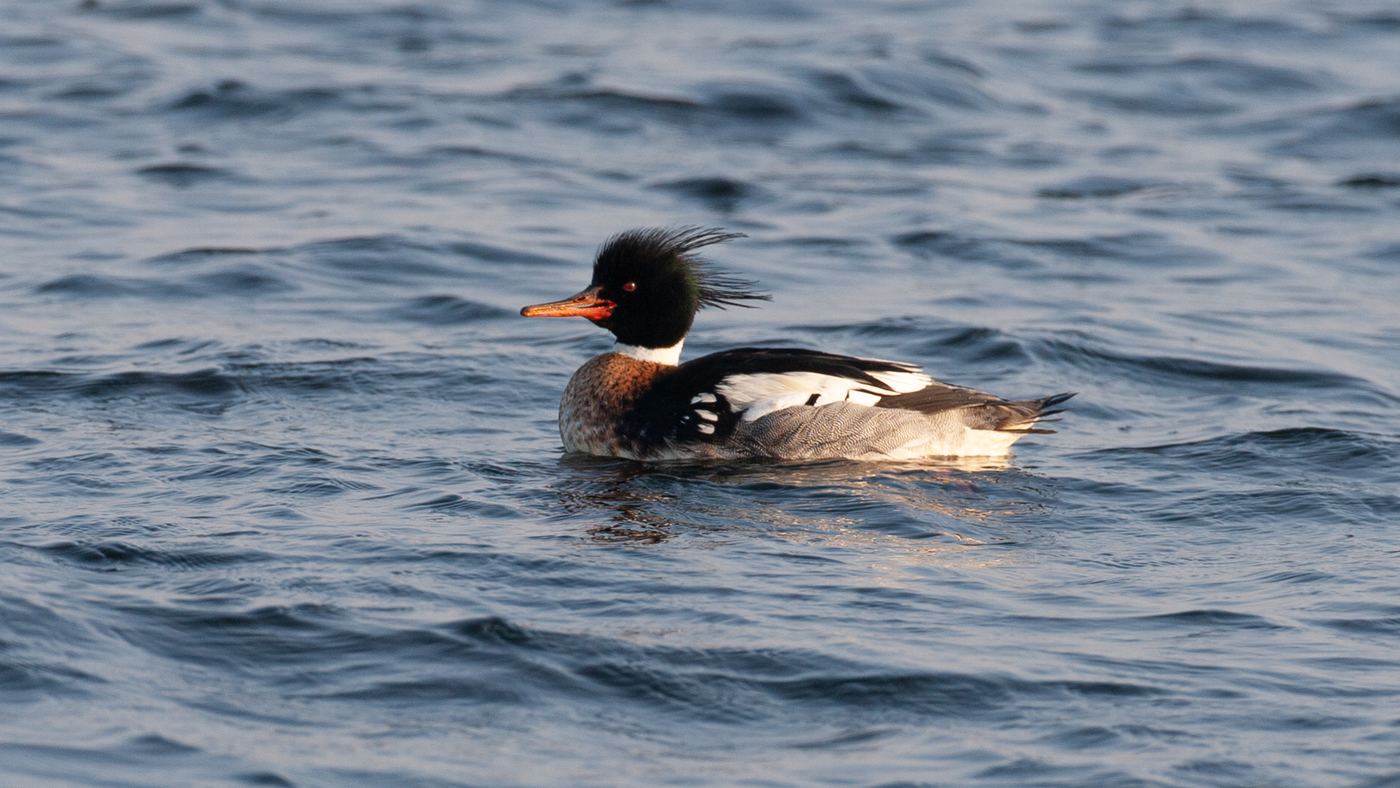 With a well-filled yearlist it seemed the best option for a visit to Zeeuws Flanders. Here a Snow Goose and Corn Buntings were reported last week. At 7 o'clock in the morning Alwin Was at my door and together we picked up Koen Rovers, Luuk Wassenberg and Jan Verhoeven.

We drive through Antwerp to the Sophiapolder where we first want to look for the Snow Goose. After a stop for diesel and coffee we arrives at 9.30 hours in the Sophiapolder. There are many Bewick's Swans, and we counted 497 specimens. We also see large numbers of Ducks but no Snow Goose. Continuously there arrive small groups of Barnacle Geese so we decide to look around and come back later. A drive around the polder with nothing special we later arrive back at the old place. Between a group of flying Geese we discover the Snow Goose. The bird lands on the other side of the lake and threw the telescope we have a good view.

We drive on to De Blikken. The lakes are frozen and there is not much. A little further on there is Little Owl and we find it after some searching. 2 Grey Partridges are discovered by Koen and these are new to the yearlist. The Corn Buntings were reported in Thomaspolder near the Hoofdplaat and this was the next destination. We see a group of about 30 Ruff between the Lapwings and they count for the yearlist. A few miles further we reached the place where the Buntings reported. We parked the car down the dike and walk the area outside the dikes. On the mudflats we see some Grey Plovers and Dunlin. We certainly search for one hour before we find a group of 8 Corn Buntings. The birds are nervous but can be seen in flight and they call occasionally. We did not really expect that we would see them so this was a fluke.

We drove into the Verdronken Land of Saeftinghe. The Marsh Harrier is still missing on my months list for January and this is the place for overwintering Marsh Harriers. On arrival we see a Peregrine Falcon hunting and an inspection with a telescope reveals an adult female Marsh Harrier. We now leave Zeeuws Flanders and drive through the Westerschelde tunnel past Neeltje Jans towards the Stolpweg near the Prunjepolder. We want to try one of the Short-ear Owls who are reported here for a while. We stop only at the Veerse Dam where we see some Black-necked Grebes and Red-breasted Mergansers. At 4 o’clock we arrive at the Stolpweg and a Short-eared Owl is hunting and gives away a nice show. For Koen and Luuk this is a new species and for me he counts for the yearlist. We then try to find a Red-breasted Goose, but do not find the bird. Instead we find a group Light-bellied Brent Geese.

It's time to head to drive back to Uden and with 83 species for the day whit 6 new for the yearlist it was a successful day.