Last week and the Lauwersmeer

To pump up the year list I spent some evenings in the Maashorst and Visited Alphen aan den Rijn for a Blue-winged Teal. Sunday we made a day trip to the Lauwersmeer. Monday evening I visited the Maashorst, the Maashorst is located 5 minutes from my house.

The intention was to get a Nightjar on the year list. First I paid a brief visit to our migration post, The Brobbelbies noord. Here a Quail was calling that occasionally showed itself in the distance. Furthermore, some local Yellowhammers, and a successful breeding event of a pair of Yellow Wagtails witnessed by the young who flew around. After one hour I drove on to the area where the Nightjars occur in reasonable numbers. Here I met Jan Verhoeven and Chris van Lieshout. They had already seen and heard Nightjar. They would designate the place where the bird sat. After a short search I found the Nightjar (274) in the top of a pine. The bird sat there enjoying the sun and there were a few decent pictures made.

Tuesday, June 22 a Blue-winged Teal was reported in Alphen aan den Rijn. This is near my work and worth a visit. The next day the bird was reported again so after work I drove to the spot. The Blue-winged Teal (275) was soon discovered, but unfortunately too far away for a photo. In the evening I went back to the migration post. An adult female Goshawk caught a White Dove right in front of me. She fell in the grass with the Dove in its claws. The bird was through the tall grass out of sight but suddenly flew up after 10 minutes. The cause was a Buzzard, the Goshawk still tried to take the prey, but could not. A cheap meal for the Buzzard. I went to the area of Nightjars and managed again to get a Nightjar on the picture. This was not the same bird as Monday.

Saturday I decided to have a longer lie and spent the rest of the morning on the migration post. Jan Verhoeven and I stood at 10 o’clock at the migration post and the target were the local Honey Buzzards. About 11 o’clock we saw the first bird and at noon the second bird was seen. In the afternoon we had unsuccessfully sought for a Middle Spotted Woodpecker near Boxtel. Besides a beautiful picture of a Spotted Flycatcher we saw nothing else. The next day we were going to the Lauwersmeer and we agreed to leave at five o’clock.

The next morning I stood at Jan’s door at 5 o’clock. After a short stop for a cup of coffee at the pump behind Zwolle we drove straight to Blijham for the Montagu’sHarriers. The weather was beautiful and the expectations were high. When entering the Venneweg in Blijham a male Montagu’s Harrier was quickly seen. The bird remained at a distance and there was unfortunately no pictures chance. We drove down the Venneweg and saw a second bird in the distance. Although we were at least two hours in the area we saw no more Montagu’s Harriers. This was a bit of a disappointment and we decided to drive straight to the Lauwersmeer 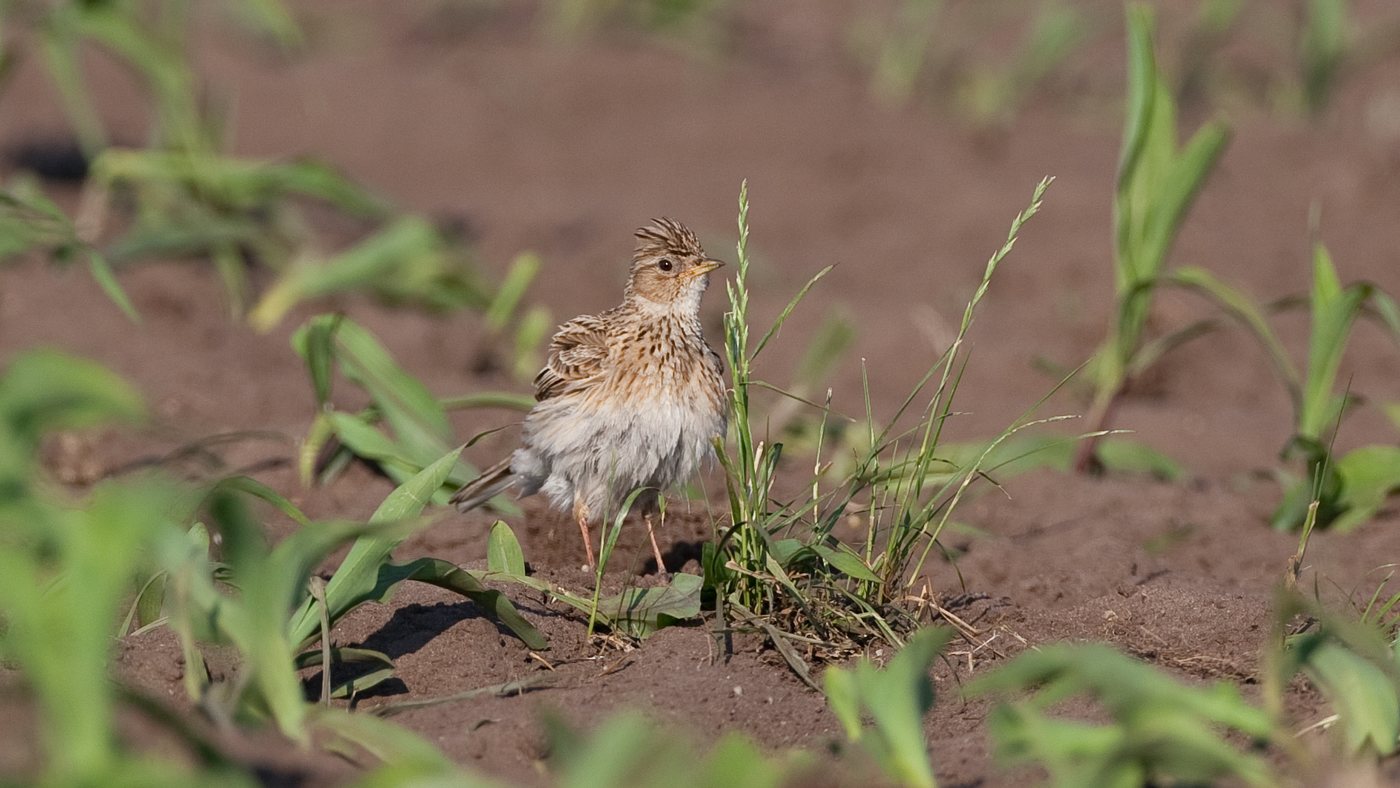 The ride was not long and we arrived at the Kollumerwaard where we made a walk. After a few hundred yards we heard Mistle Thrushes call. A Savi’s Warbler was sitting in the reeds and sung continuously. We walked to the lookout tower and we saw several Bearded Tits. From the tower we discovered a Whinchat. After half an hour we walked back to the car and on the way we heard the call of a Penduline Tit. The bird was also seen briefly. Next stop was a walk to the test farm. During this walk we saw a pair of Winchats with a chick. Furthermore, it was quiet here so we drove to the birdwatch cabin at the Jaap Deensgat. From the hut we discovered two Caspian Terns the birds were sitting on a flat. Furthermore, we saw many Spotted Redshanks.

At the Vlinderbalg we saw for a change the Goldeneyes that we did not see the previous weeks. We could also write down a Ruddy Shelduck. Towards the coast road there we heard 2 singing Lesser Whitethroat. On the mudflats beside the coastal road, many Eiders were seen but otherwise it was empty. We were now at the port of Lauwersoog. To our surprise, we counted 52 Turnstones who were one of the jetties. A Black Redstart was also noted. Next stop was the Ezumakeeg. We started in the northern part. There were a lot of birds here and a lot of Spotted Redshanks. The same picture was seen in the southern part, here there were also 22 Ruddy Shelducks. The tour went on to Fochteloerveen now.

Upon arrival in the area an Icterine Warbler was added to the list. This also applies to a Spotted Flycatcher. From Birdwatch cabin a Little Grebe and a Black-necked Grebe was seen. It was already quite late in the afternoon and with a list of 115 species we thought it was nice and drove back to Uden.