Bizarre DT3 on the Island of Vlieland with new Lifer 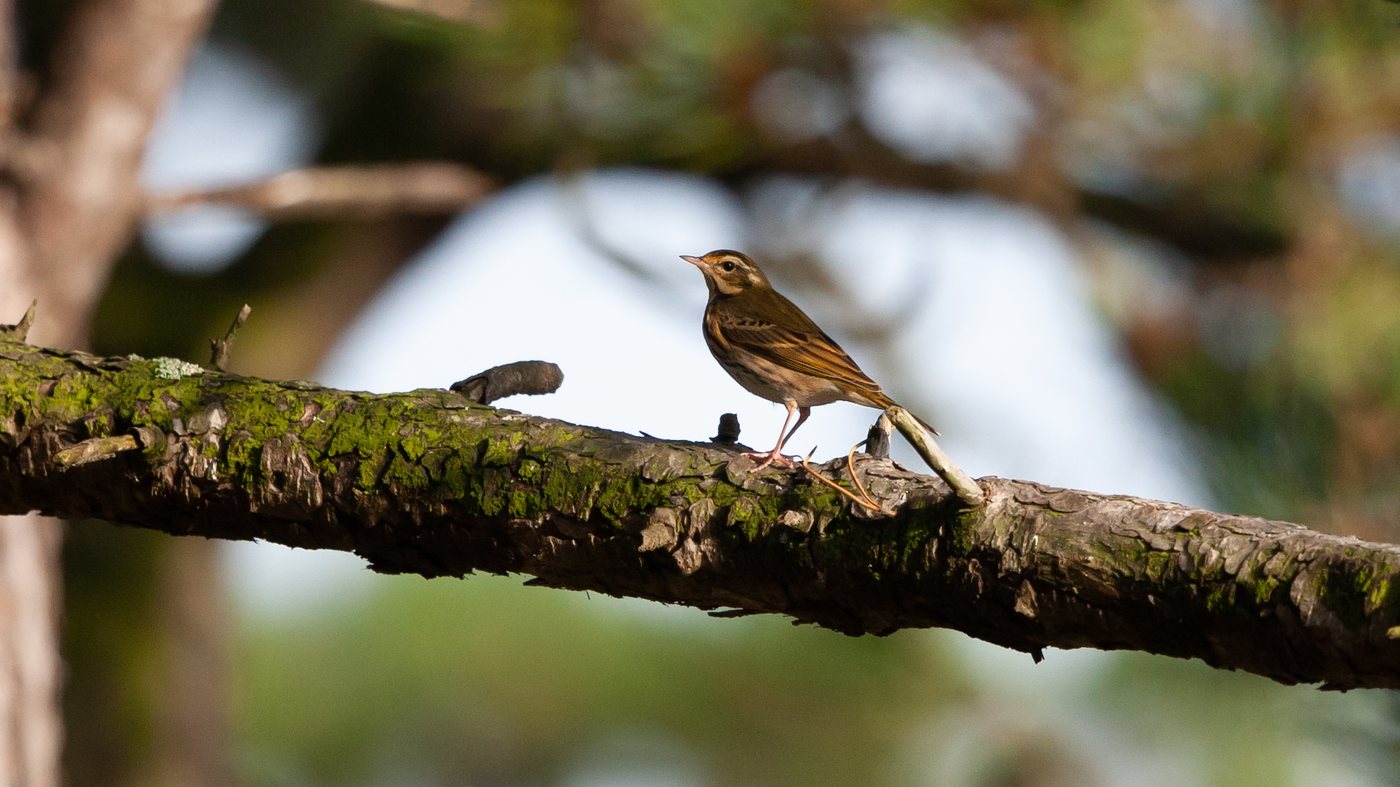 This year was chosen for the final DT (Deception Tours) weekend that is held on Vlieland. Target species that we agreed during DT3 last year was the Olive-backed Pipit. On Friday I met with Alwin, Pieter and Maartje with whom I shared a hotel apartment. I had the boat of 13.45 o’clock while the others arrived earlier on the island.

The target seemed easy to go because there is a real invasion of Olive-backed Pipits going. All in the Netherlands reports are done and also on Vlieland, the day before departure up to 4 specimens were observed together. I was therefore a little nervous when on Friday morning the birds were not reported. This seemed unfounded because by the afternoon the redemptive beep sounded that there are at least 3 specimens still present. On the boat Pieter was contacted and he wanted to act as a guide. Once across Pieter made clear that the birds were not easy and moved a lot. It was only a short bike ride to the place and there could begin the search. The first half hour was nothing seen and suddenly a bit of an uncomfortable feeling hit me. This was quickly dispelled when the birds were found at the water purification. Here we found three Olive-backed Pipits who were beautifully viewed and photographed. This is a new lifer for me for the Netherlands and my score has risen to 401 species! At the water purification I found 2 Grey Wagtails which were put in the picture. It became later and we decided to go check in at the hotel. Here we also found Alwin and after checking in it was time for a meal followed by an intense visit to the local pub "Tante Pe".

The next morning I woke up quite stuffy and outside it looked grey and it rained even a little. Alwin turned out to be away but Pieter & Maartje were still present. After a good strong cup of coffee and fried eggs we went on our way. Along the east side we cycled to a place where for a while a Nuthatch is present. This is a good island species and here we wanted to start. Along the way it swarmed with Redwings and Song Thrushes. There were also massive numbers of Goldcrests that we heard almost everywhere. At the site of the Nuthatch the first bird we saw no less than a Red-breasted Flycatcher. Again teeming with Goldcrests interspersed with some Firecrests. It seemed that it was going to be a very exciting day. This was also confirmed by the reports of at least 4 more Red-breasted Flycatchers within half an hour at other places on the island. The Nuthatch also was fortunately found.

Now we biked along the dunes towards the spot where for a while the Caspian Stonechat was sitting. We saw a bird flying in the vegetation which looked like a Barred Warbler. We stopped and subjected the bush to an investigation. From beneath the bush a Dove appeared. The bird had dark shades on his back and I came to the conclusion that this must be a juvenile Turtle Dove. The bird did not stay down and flew 50 meters to crawl away into another bush. Without much heed we cycled on. Next goal was the Caspian Stonechat and in the distance we saw a group of birders who had the same purpose. Way to them I met Han Zevenhuizen and I shared the Turtle Dove with him. Could you exclude Oriental Turtle Dove was asked and I would not know because I do not have enough experience with this species. Han thought it was an interesting observation and said he was trying to find the bird.

The Caspian Stonechat was after quite a search found but the bird was only briefly seen. We also found here 3 Ring Ouzels and a Short-eared Owl. Back at the bikes during a coffee an adult Turtle Dove was seen flying overhead. We wanted to go to the Old Cage because I still had the feeling that somewhere a Radde’s Warbler had to sit on the island and this is a calibrated spot. The Old Cage we did not reach because in Trees Country a Radde’s Warbler was found. For Pieter and Maartje a new species so the gears of the bikes were put higher. Our bikes were all 3 provided with electric auxiliary drive so we soon arrived at the spot. The Radde’s was out of sight for a while now and there was a message that another one was found at Westerveld. This bird was more visible, and we came to the difficult decision what to do. Finally the Westerveld was chosen. Arriving here this bird was also no longer in the picture. We decided to wait here until the bird would show itself. 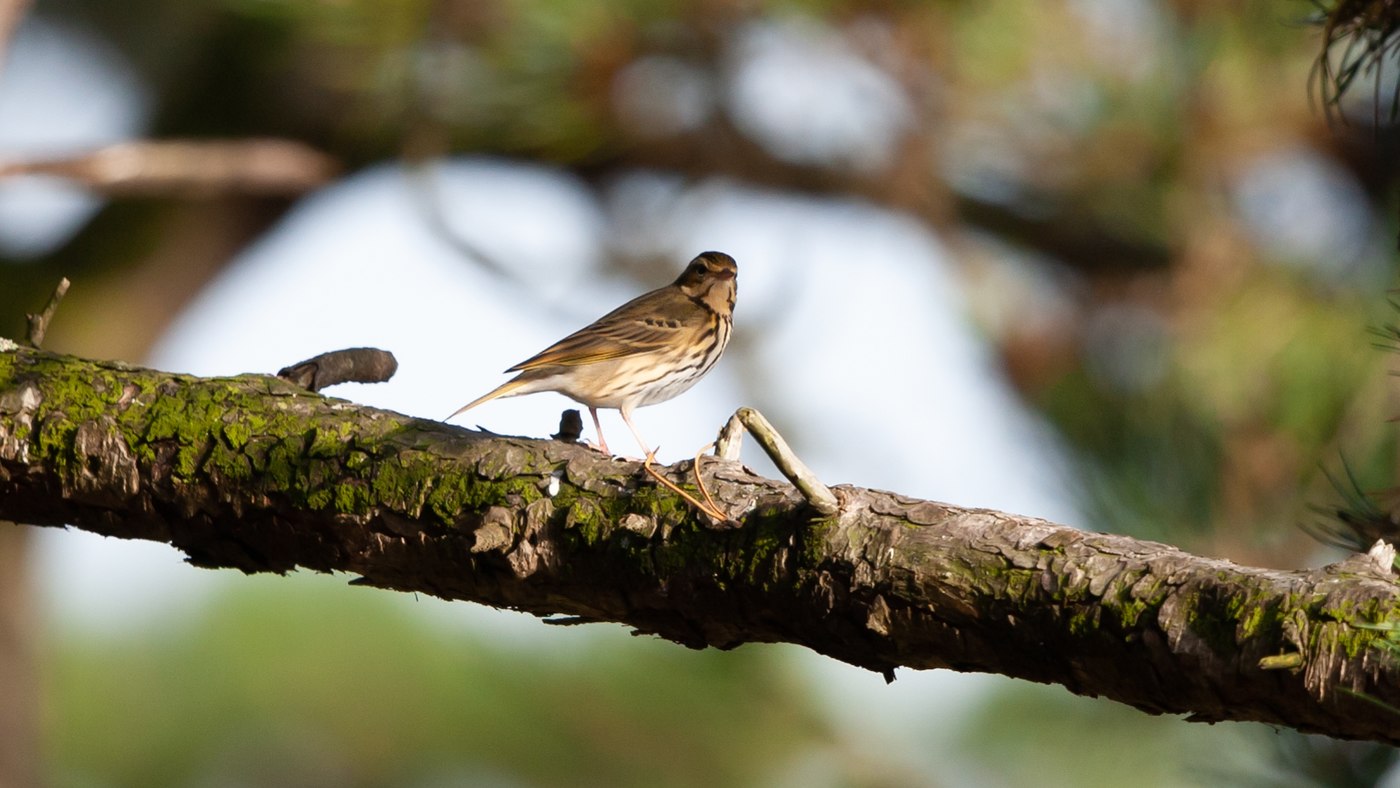 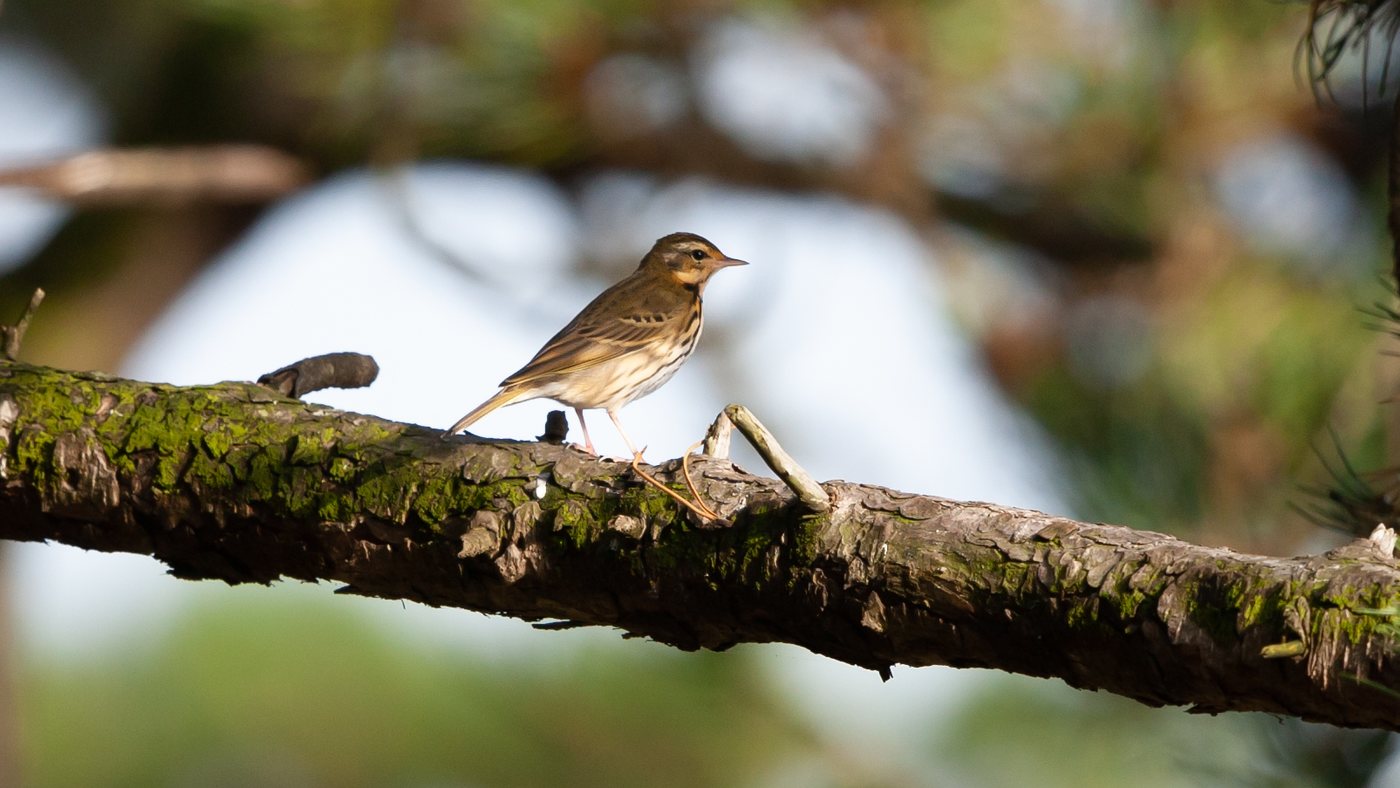 Meanwhile, at Trees Country another Radde’s was found, bizarre. This one was easier and showed itself occasionally. Yet we remained on the spot which eventually was rewarded. The Radde’s Warbler was briefly beautiful seen but unfortunately there were no photo opportunities. To make it even more bizarre a fourth Radde’s was found at the Vliehorst, this is really unprecedented. There was still more in the air and that was fulfilled by a report of a possible Pechora Pipit. There were sound recordings and they strongly indicated this new species for the Netherlands. The bird was heard in the forest behind the Westerveld and the last hours of the day were spent in vain searching for the Pechora. Although we did not find the bird our day was made. After dinner, there again was a good reason to go to Tante Pe. Here I met Han Zevenhuizen who showed me a picture of a Turtle Dove that he had found today. I confirmed that the Turtle Dove looked the same as the bird that we had seen earlier. Especially the shading on the back of the bird I recognized. According to Han and other experts it could very well be an Oriental Turtle Dove! A little confused, I heard his story. I wonder if this determination is to be completed.

We had made it a bit quieter than the previous night so I was a little fitter in the morning. During the coffee and the egg we were brutally disrupted by a message that the Pechora Pipit was again heard. 5 minutes later we were sitting on the bike and threw the rain we cycled to the Westerveld where the bird was heard. The news had not gone unnoticed and many more birders had taken the morning boat in hopes that the bird would be found back today. A so-called "Big Sweep" was held but it yielded nothing. Others sought further but we gave it up and drove back to the hotel to pack our stuff. Along the way we saw a Rook and a Pied Wagtail. After that we continued birding on the east side of the island. Here it swarmed with Robins and we saw many Black Redstarts. A Willow Warbler was found and it still counts for the month list. We cycled on to the field where we found the Turtle Dove yesterday. Here came the report of a Great Northern Diver that sat within a few kilometres. For Pieter a new month species so that was the new destination. 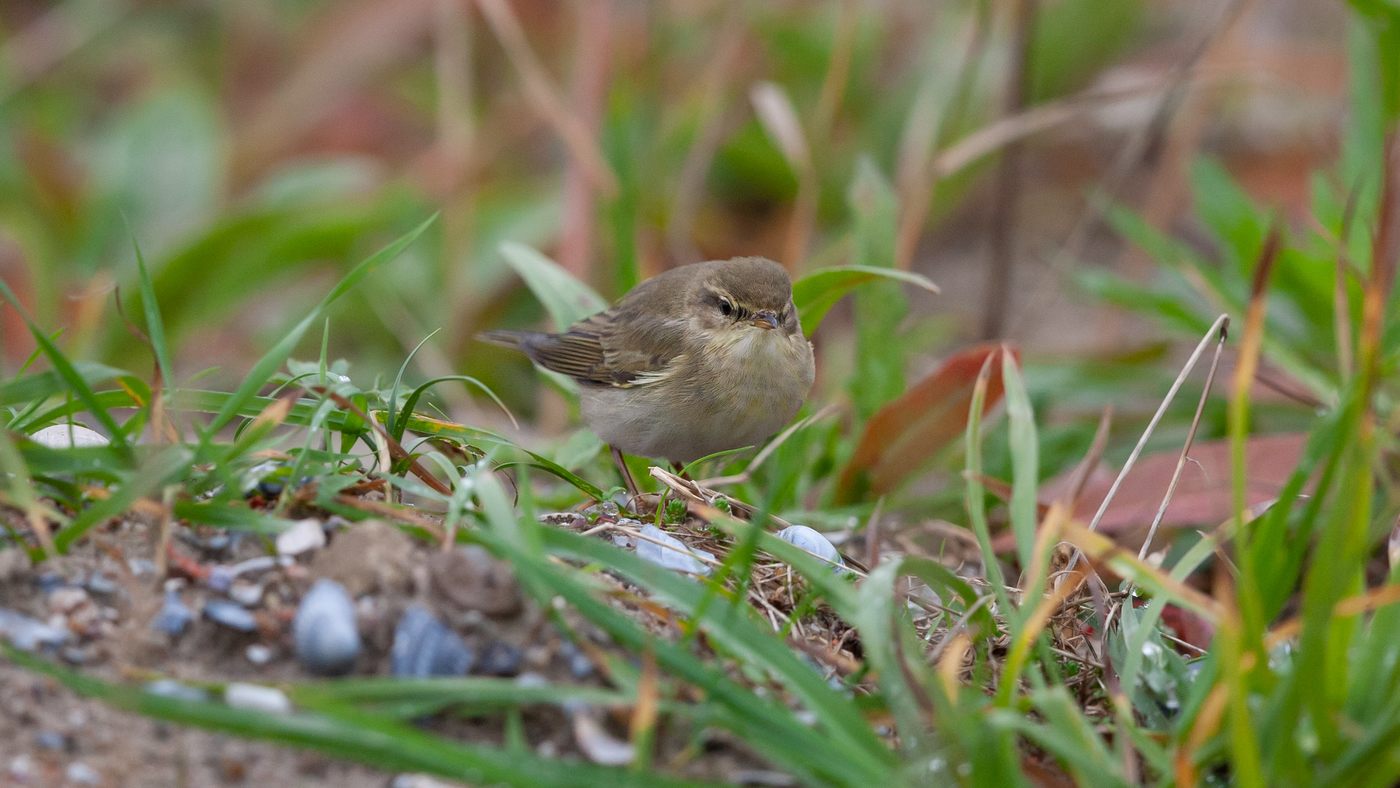 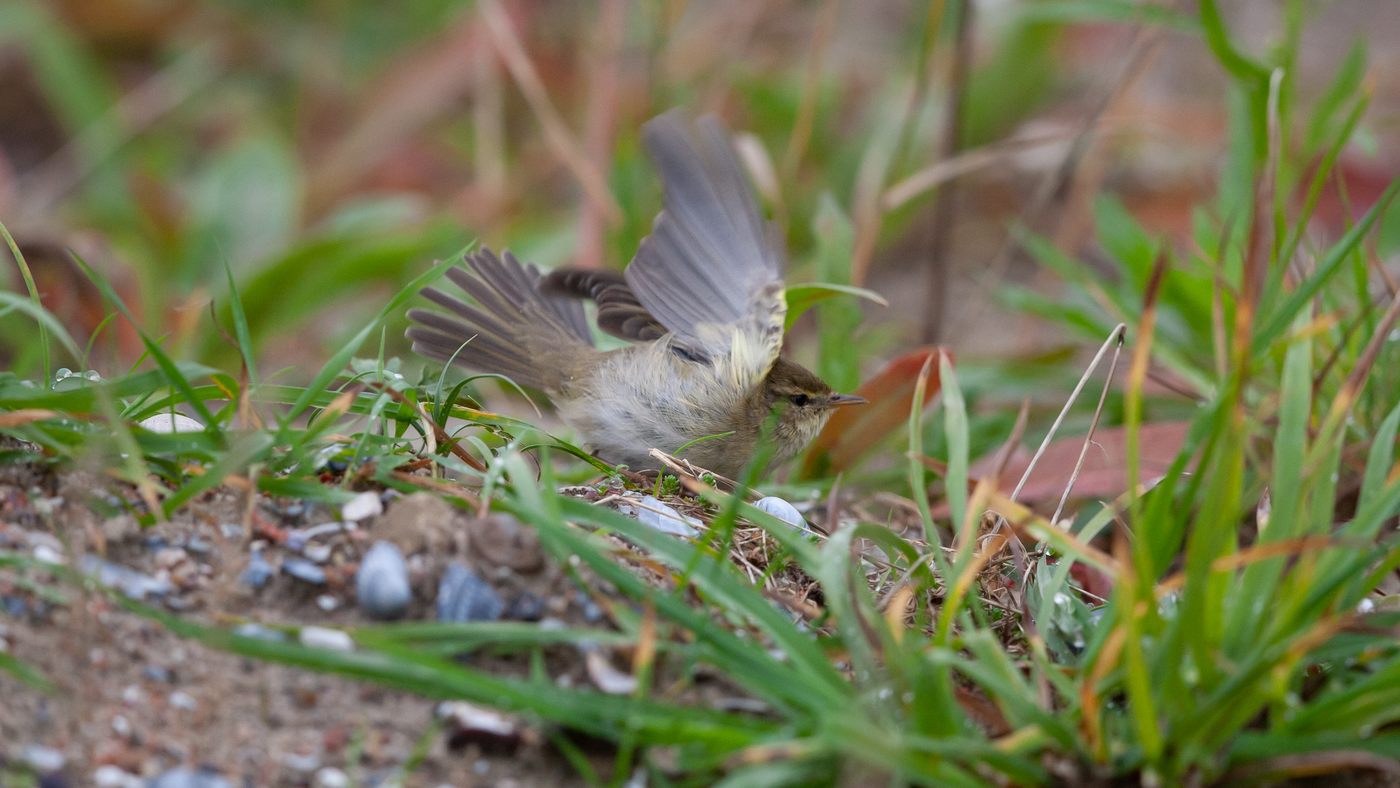 The Great Northern Diver was found quickly and then we went to the wadkant where a Light-bellied Brent Goose was seen. This we could not find and we cycled on. We saw the only Mute Swan of the island fly by. Again came the message that the Pechora was heard again. We were not far away and we decided a new attempt. Also this time we could not found the bird. It was already became quite later and because we had the boat at 16.45 we made an attempt for Radde’s Warbler who was still in the same place but it proofed even harder than yesterday and the attempt led to nothing. Alwin was contacted but he decided to stay on the island. We sat on the boat on time and with light rain we sailed back to Harlingen. The decision of Alwin to stay on the island was not much later rewarded with the discovery of an Eastern Yellow Wagtail, if accepted, this is a new species for the Netherlands!

On the return route a meal was eaten and we looked back at the weekend. It was an excellent trip and equipped with many bizarre species. Our group scored 101 species and we all had a new species for the Netherlands. I wonder if the pictures of Han still mean something for the Turtle Dove. It is clear for me that next year I'm back in action.