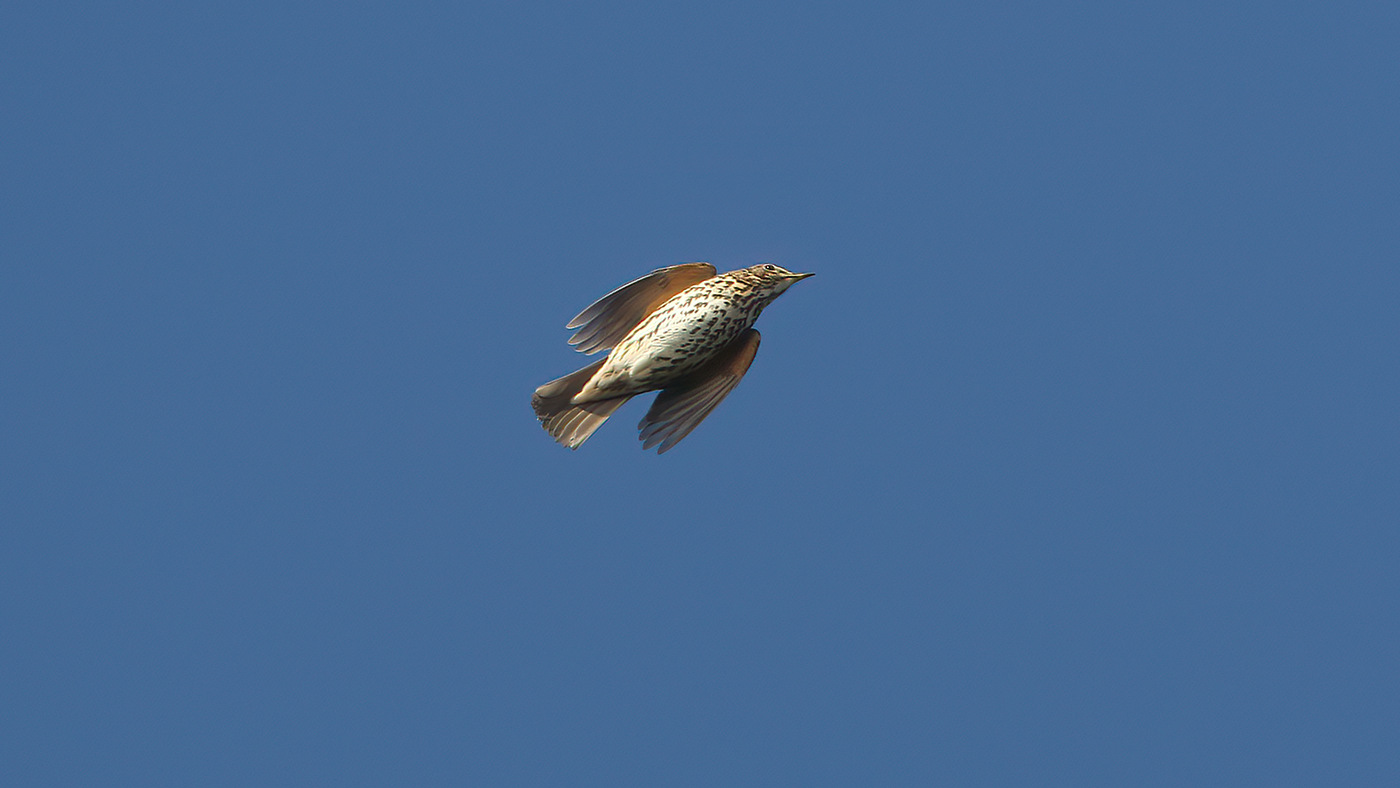 March has arrived and traditionally I start to count migrating birds at the Kamperhoek. This is the migration site by the Ketelbrug that connects the Flevopolder with the Noordoostpolder. I am usually found here in the weekends until about May.

You can already see that spring is in the air and the blood started to itch a lot to start counting migrating birds. Saturday morning at 6 o’clock I picked up Jan Verhoeven and together we drove to the Kamperhoek. There was light frost and it started getting light. At half past seven we arrived at the migration site and there was nobody there. There was a weak northwest wind and it was completely cloudy. During the drafting of the telescopes, the first birds were seen. A Water Pipit flew toward the Ketelmeer north. Not long after, the first lines of White-fronted Geese appeared and in the first hour we counted 720. The White-fronted Geese continued to do well and we had a total of more than 3,300 birds.

In the forest in front of the Kamperhoek Song Thrushes were singing. Blue Tits arrived in groups and were preparing for the flight across the Ketelmeer. They usually wait in the trees before they dare to start the crossing. Clumsy they win height and the birds then struggle against the wind across. Sometimes times there are groups dropping back and have a new attempt. A total of 43 Blue Tits were counted. The first White Wagtails were counted. There are still no local White Wagtails present but that will change next week. The local Wagtails warn us for raptors. Many Merlin we would have missed if these birds were not present. Occasionally Reed Buntings are seen and small groups of Meadow Pipits are counted. Regularly Goosanders are listed and we saw two groups of Smew fly over. These are the types who leave now and their numbers over the next two weeks will drop hard. Usually after the third week they are no longer seen. For a complete overview of the counting click here.

Because of a birthday in the family I had to get home early so we stopped counting at 12 o’clock. On the way home we did a vain attempt for a Long-tailed Duck at Huizen. Next week we will be present again at the migration site.