2018, a year that has flown by. It indeed seems that as you get older the days, weeks and months go faster. So on 1 January we were in the Lauwersmeer looking at a Black-winged Kite and I am already typing the annual overview. The Black-winged Kite was of course visited for the monthly list. In the same area there were no less than 3 Rough-legged Buzzards . Normally 1 January is spent in Zeeland so this was a first. With 63 species much less than we normally score in Zeeland but for a Black-winged Kite in January, we like to make an exception. Since I have been a fanatic birder for many years on the first day of the new year, I became curious about the number of species I had actually seen on January 1st. After a look at my eternal daily list (which I do not actively keep, waarneming.nl does that for me) it turned out that I have seen 173 species in total on new New Year's Day, I did not expect that. 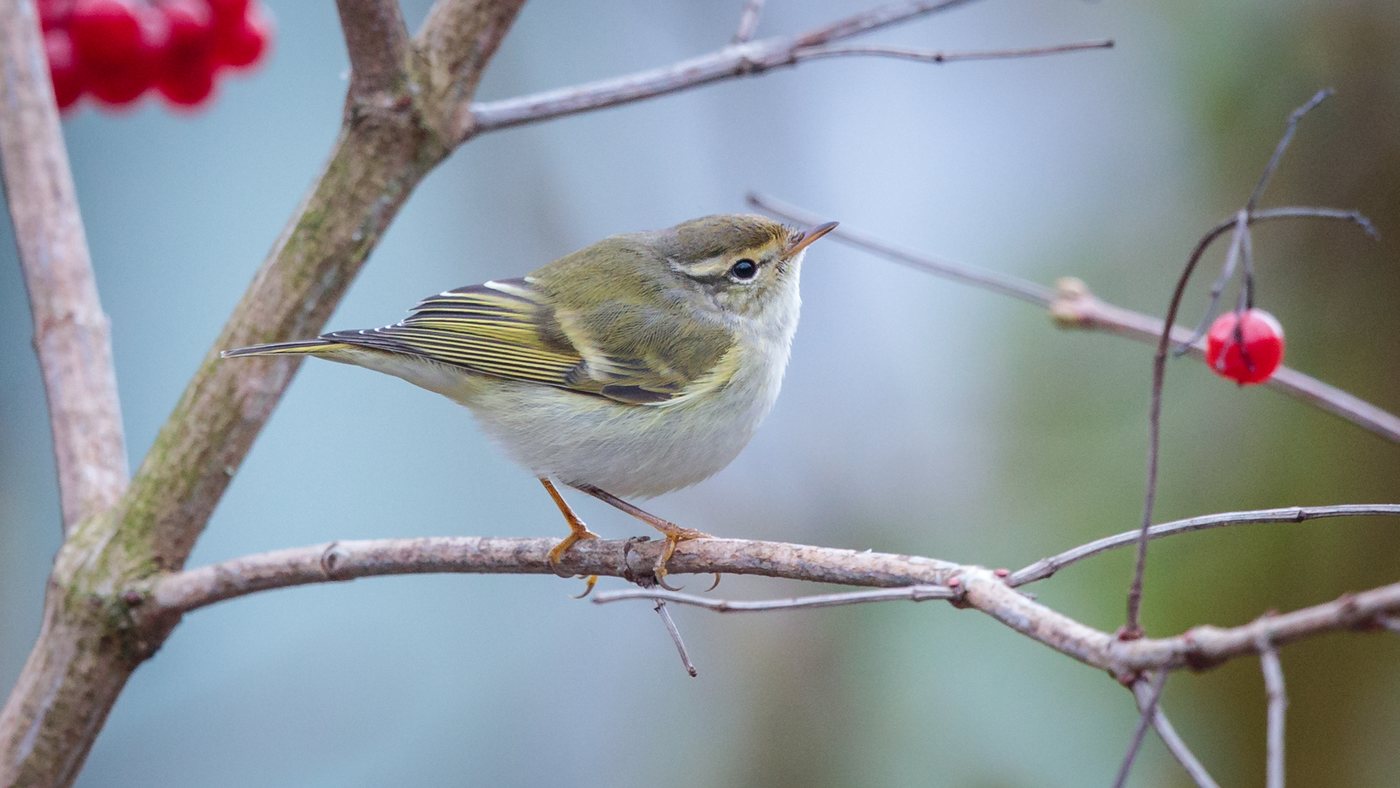 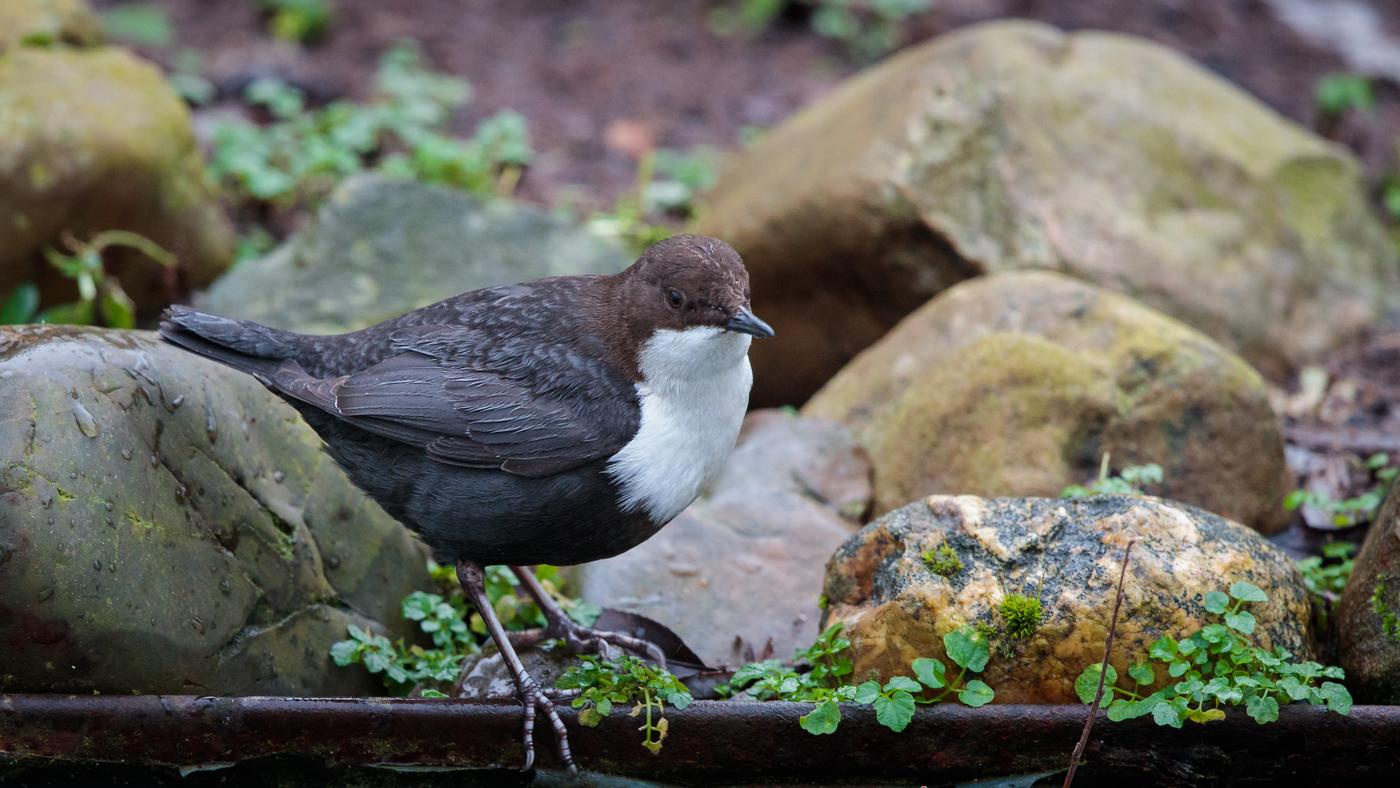 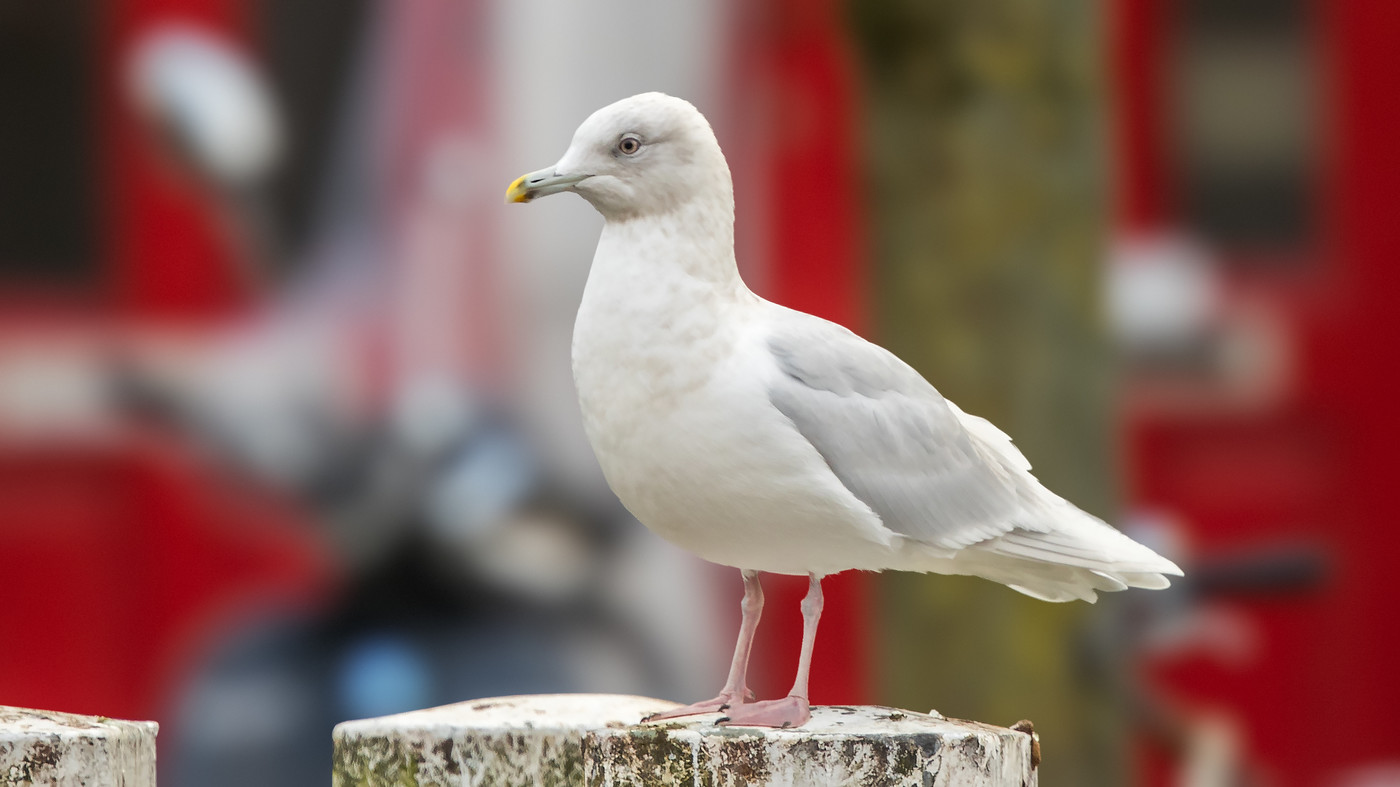 January was a good month with nice species such as, Yellow-browed Warbler, Black Guillemot , Ring-billed duck , Ross's rsquo; Goose , Parrot Crossbill and Arctic Redpoll. On January 24, the first real good specie for the year was noted, a Ross's Gull in the port of Vlissingen. Immediately followed the next day by a Black-throated Thrush in Scheemda in the province of Groningen, for Maartje 2 new ones for the Dutch list. The month ended with 158 species. In February a trip to Uganda was on the program. We left on the second and came back in the last week of February. A Eurasian Penduline Tit and a King Eider were quickly done for the monthly list, our annual list increased with 7 species to 165. 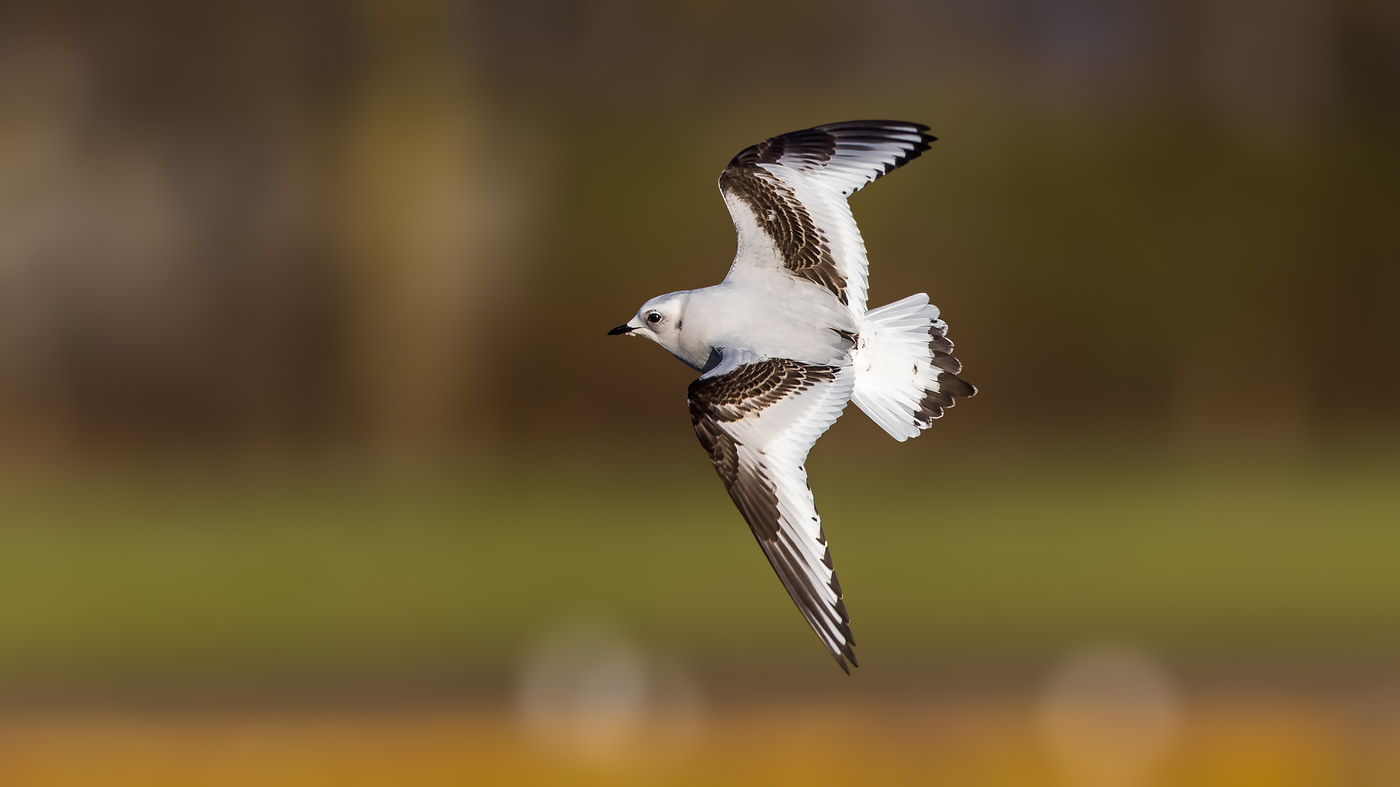 This meant that we had to make a good start in March and the migration site on the Kamperhoek was regularly visited. On March 5, a Pine Bunting was seen in Goedereede. A Black Stork on March 9 counted for my monthly list. The Kamperhoek supplied only the normal species of year and at the end of the month the counter stood at 191 species. 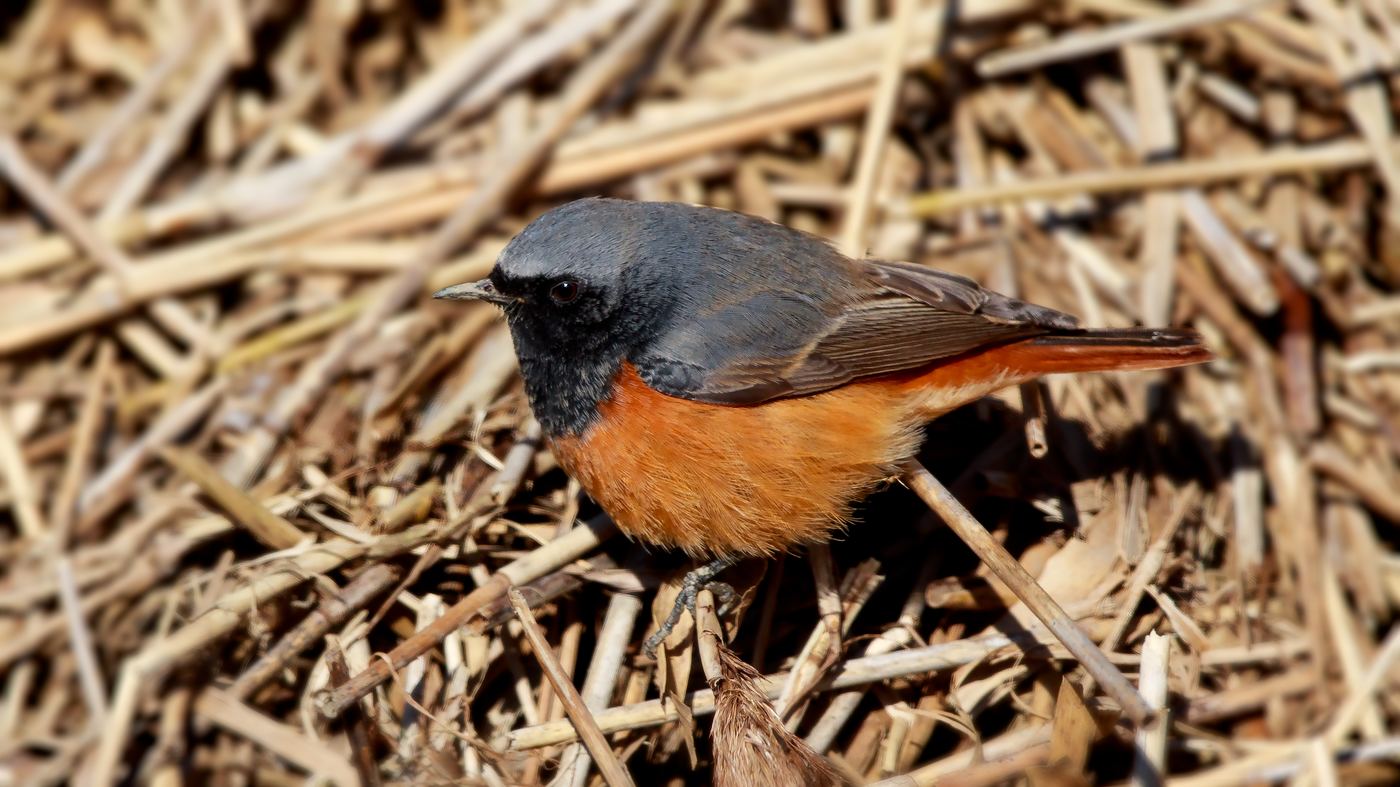 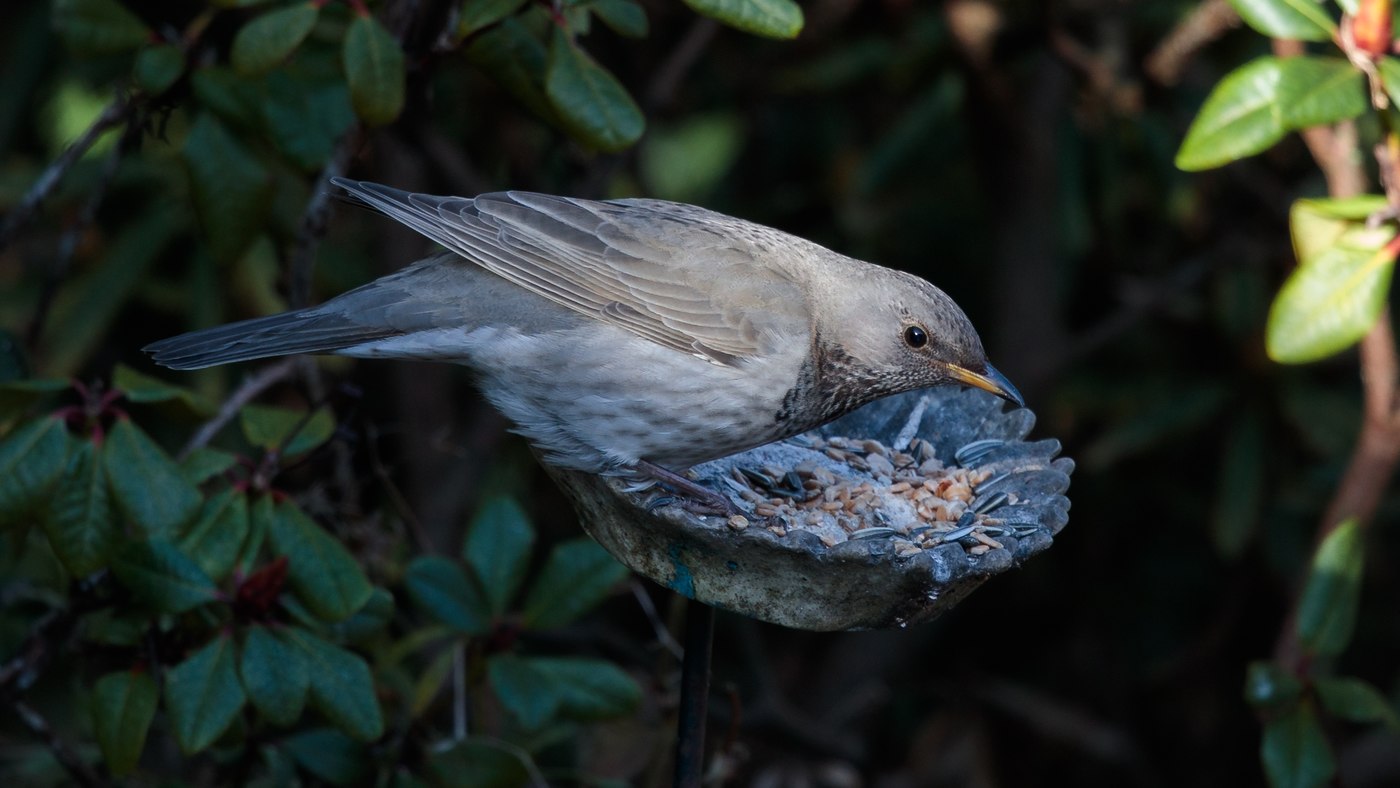 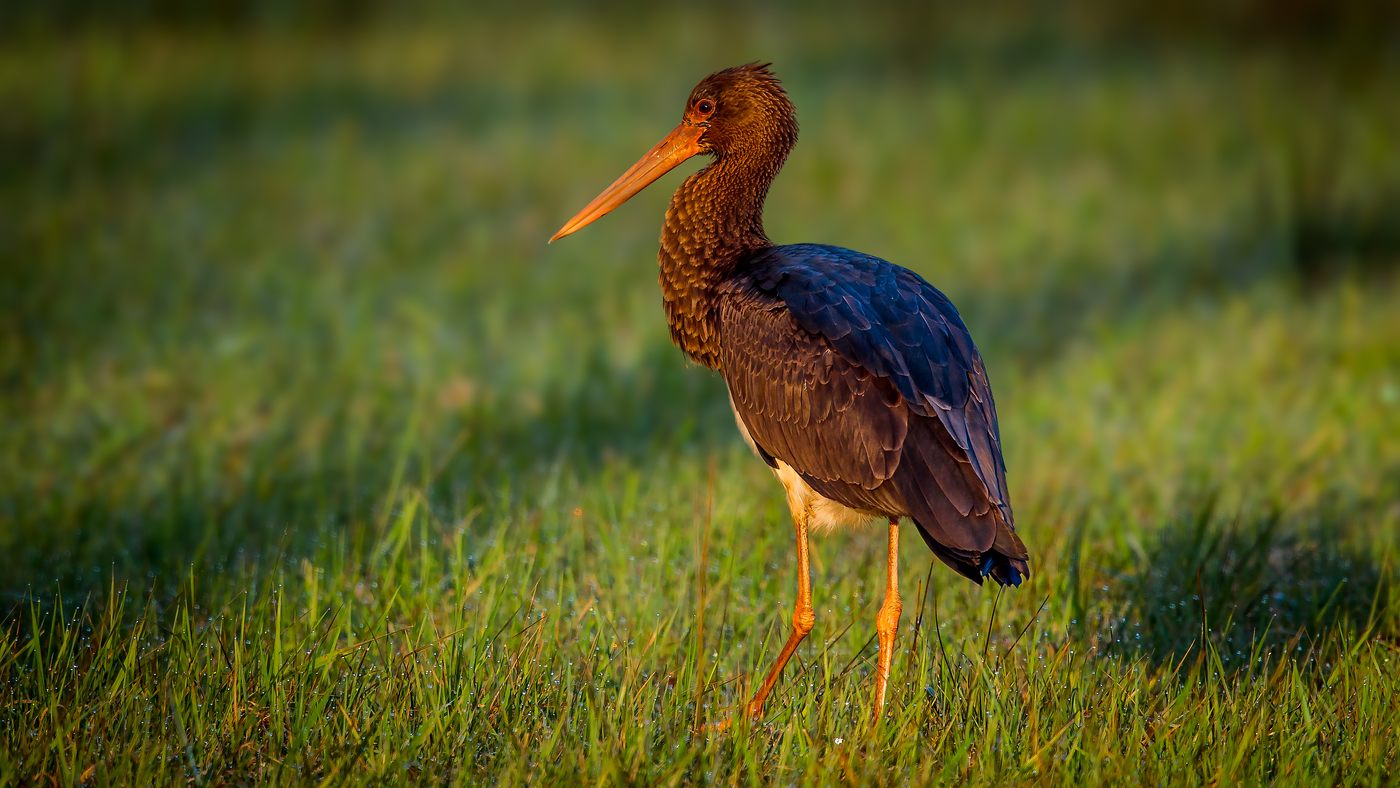 April started with a European Serin which was discovered in the center of Uden. On April 7 we had a good day at the Kamperhoek with a Pallied Harrier . There were marvelous numbers of birds and other good species, click here for an overview 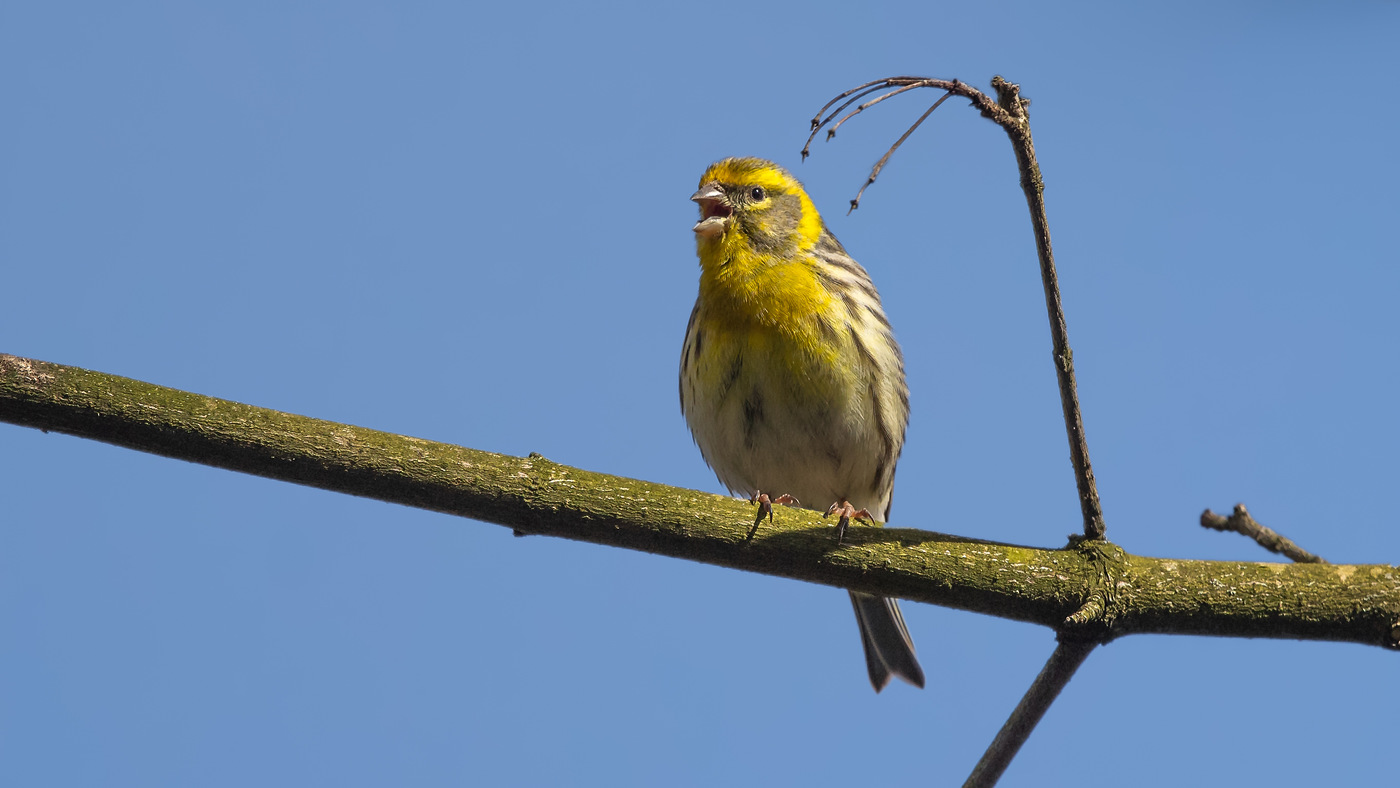 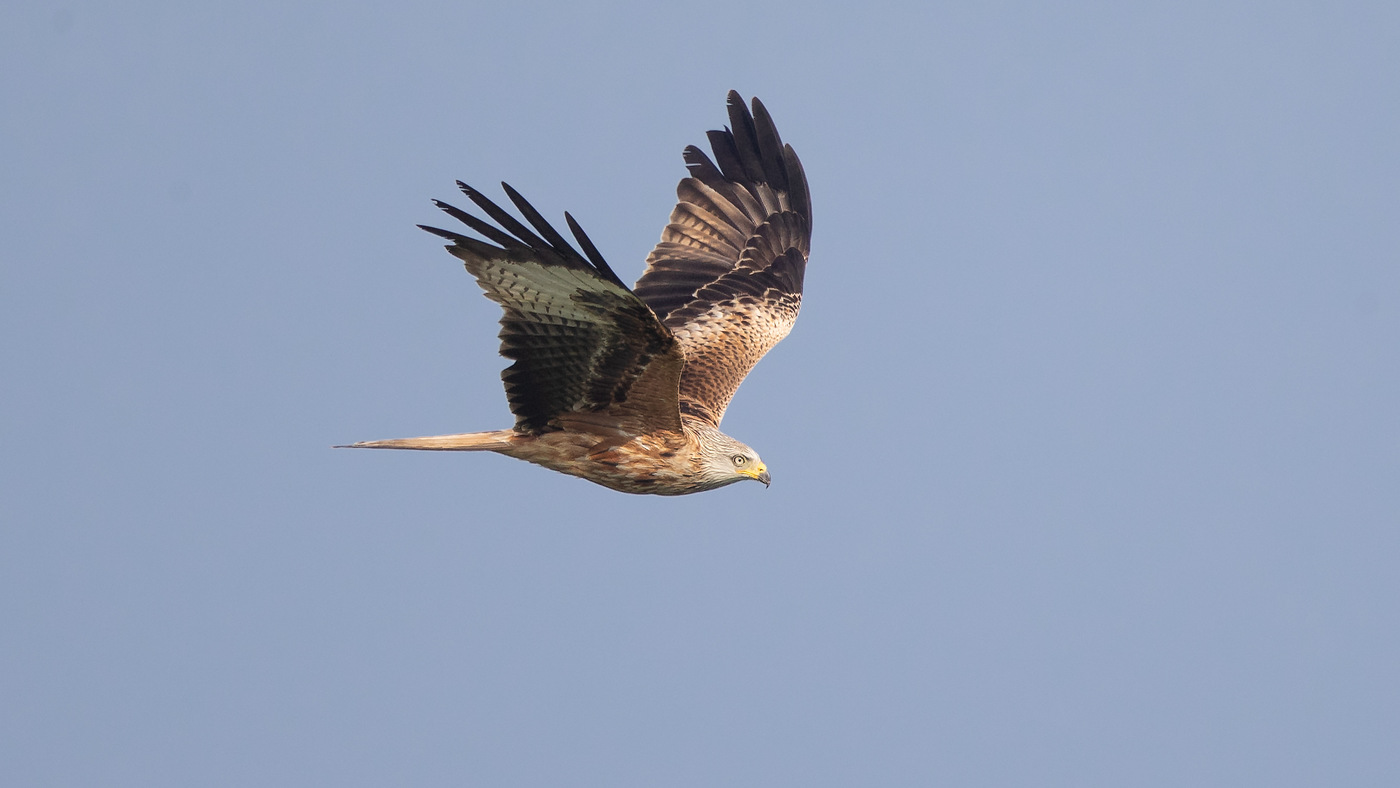 April remained good and species such as Black-eared Wheatear , Red-rumped Swallow , Pectoral Sandpiper and Tawny Pipit were noted. On April 20, a Cirl Bunting was reported early in the morning by Ruud van Dongen near Budel. A stunner and even though we were still in bed, we were in a quarter of an hour on the road. Upon arrival in the area we found that we were alone. After half an hour of searching without a result, Enno Ebels also arrived and together we continued the search. We finally found the Cirl Bunting back thanks to his singing, the first new specie for my Dutch list this year. On April 25, a White-throated Wagtail was added. This bird was discovered in the Zuidlaardermeer area and seemed to be paired with a normal Western Yellow Wagtail. April was not over yet Marsh Sandpiper , Iberian Chiffchaff and Squacco Heron were added to the year list. The end position of the month was 246 species. 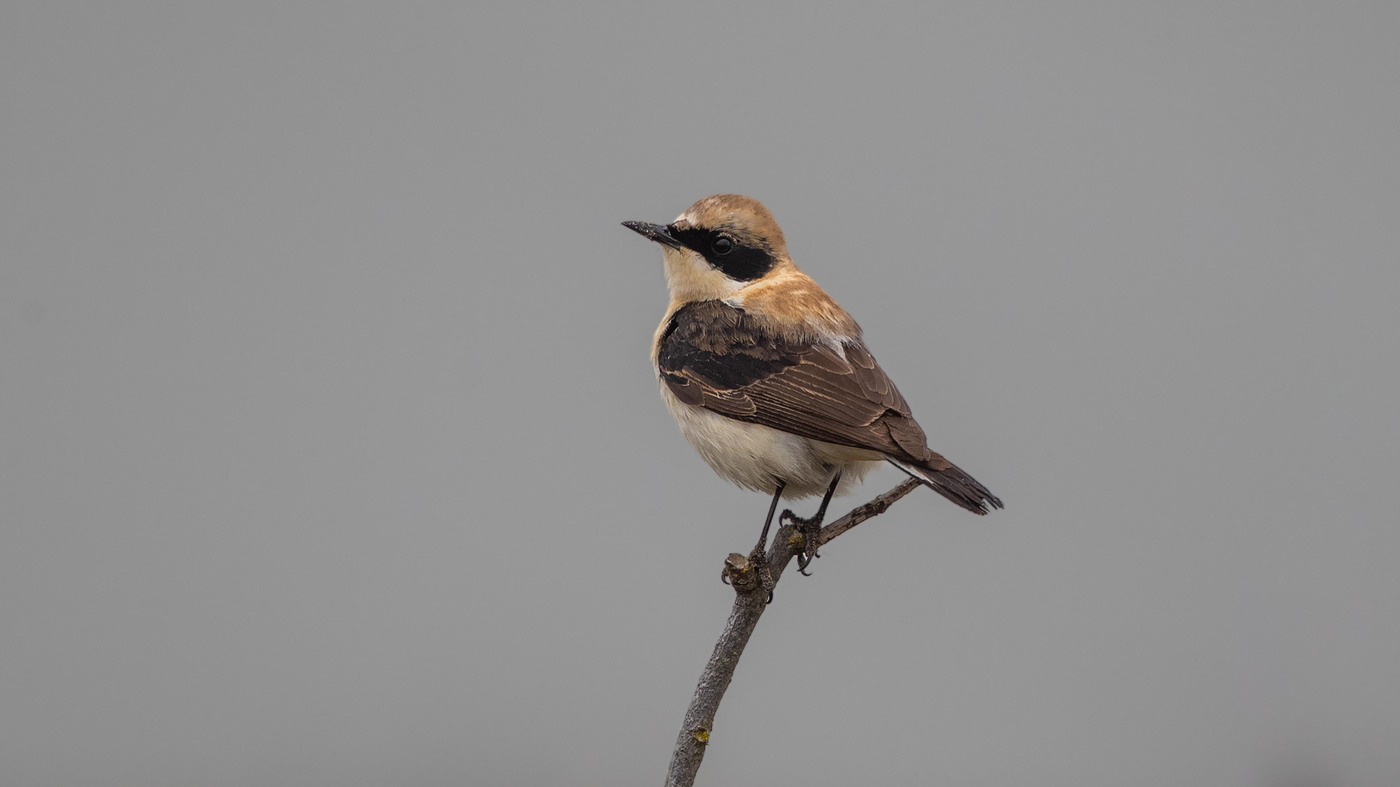 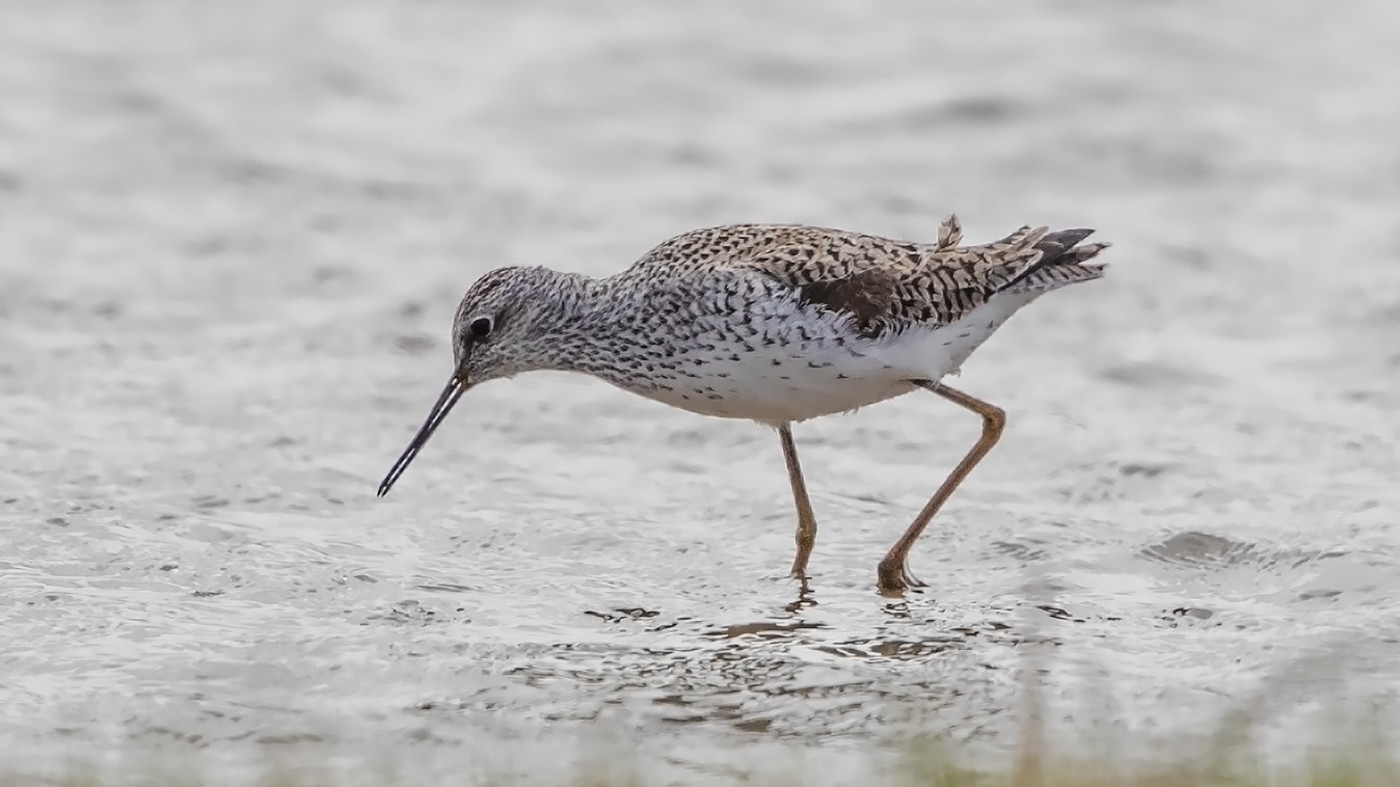 The month of May started well with a Eurasian Stone-curlew. In the first half of May, there were Lesser Yellowlegs, Whiskered Tern , European Bee-Eater, Eurasian Dotterel, Woodchat Shrike, Red-throated Pipit and Eurasian Wryneck credited. A singing Collared Flycatcher in Vierhouten could not be ignored and a River Warbler in the neighborhood was done on the same day. On 14 May we posted in the Bossche Broek for a Corn Crake when a report came in from a serious Eastern Bonelli's Warbler , a new one for our Dutch list. After a nervous ride the bird was seen and heard nicely. A Melodious Warbler in the neighborhood was immediately included. On 15 May a pair of Eurasian Eagle-Owls was visited who were raising 2 nestlings near Uden. On the 20 ste a Broad-billed Sandpiper was added. On 25 May a possible Greater Spotted Eagle was reported near Castricum. This was later in the afternoon and there was considerable discussion about what to do the next day. It eventually became the Kamperhoek and that turned out not to be a bad choice. A Pallid Harrier and Red-footed Falcon were recorded in the first 10 minutes, click here for an overview. We counted 7 more Red-footed falcons until the Greater Spotted Eagle was rediscovered on Texel. Because this is a new species for our Dutch list, we had to go to Texel. During the ride there were regular reports that the bird was still present and even sat down on the ground. Just before Den Helder came the news that he was now flying at Den Burg and gaining considerable height. The last report was that he had disappeared from the eye in a southerly direction. At that moment we drove close to the ferry which we could still reach at 1 minute. A big dilemma because what if the bird now flown to the mainland. We decided, however, to take the ferry and went straight to the top deck in the hope of picking up the bird if he did so. Unfortunately, we did not see Greater Spotted Eagle so we decided to try our luck at a high point just before Den Burg. During the ride the Greater Spotted Eagle was now reported by Tim Schipper, the message sounded; Greater Spotted Eagle flies low in the southwestern direction of Ecomare over the Staatsbossen. The steering wheel was overturned and a high point to the south of the Staatsbossen was searched. After about 10 minutes a good location was found and almost immediately we could pick up the Greater Spotted Eagle. The tension gave way to joy. The Greater Spotted Eagle showed up for about 20 minutes until it appeared to land in the Staatsbossen. A good time to drive to a Lesser Grey Shrike that was also on Texel. May ended with a Red-breasted Flycatcher and a Common Rosefinch and the list had grown to 283 species. 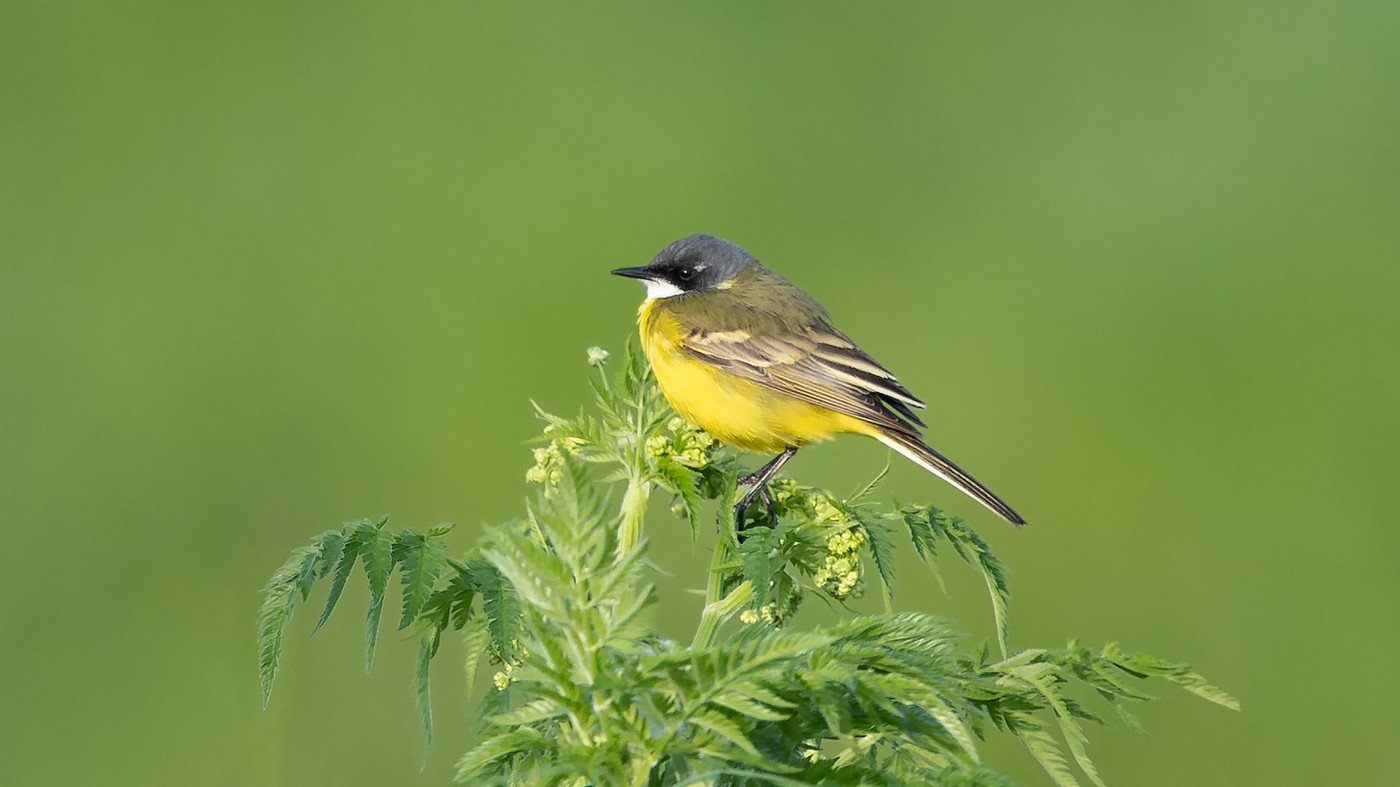 June was a very quiet month and the only noteworthy thing is a White-winged Tern. With only 1 species we were at 284. 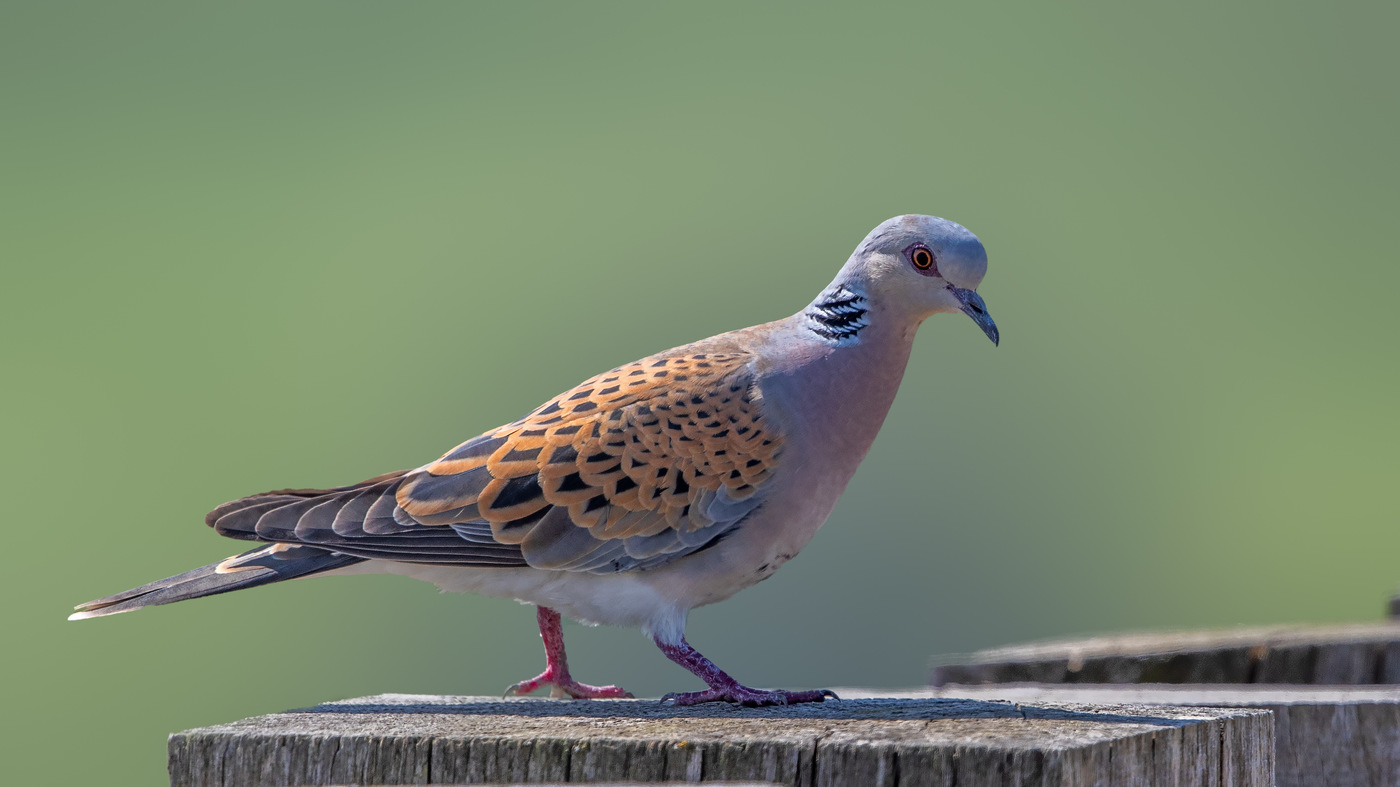 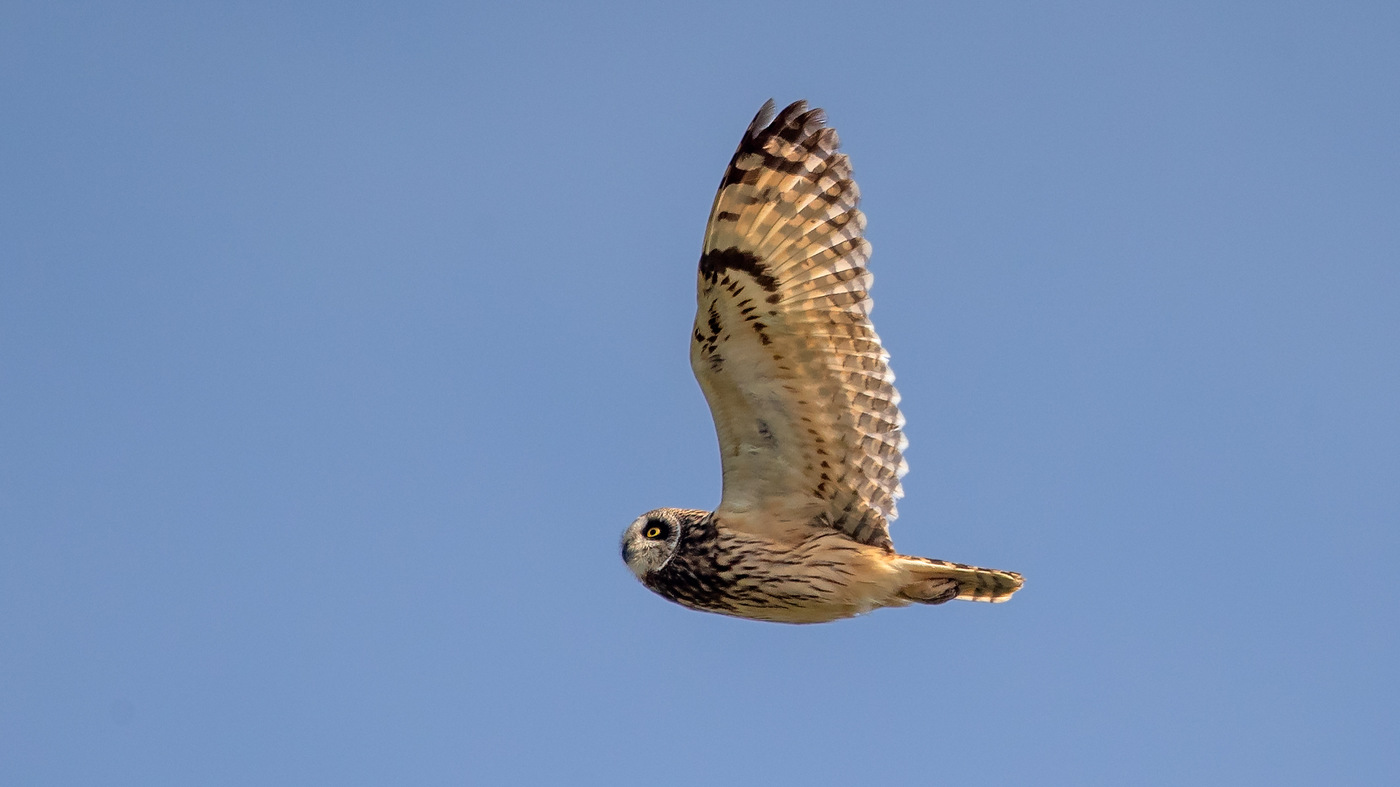 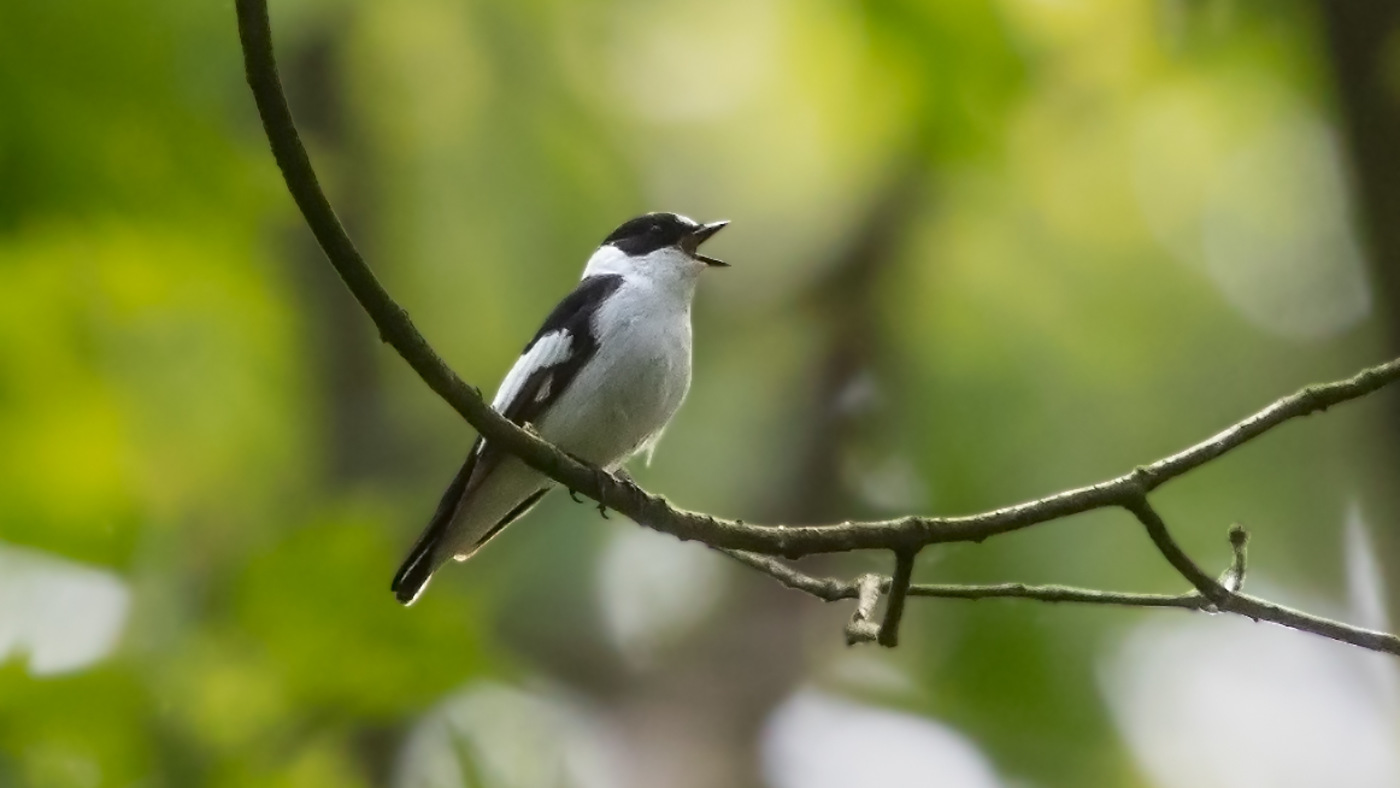 Fortunately, there was more to experience in July and the month started well with a Long-legged Buzzard. A Short-toed Snake Eagle, Gull-billed Tern and Glossy Ibis were soon added to this. On 17 July, the report came from a Spur-winged Lapwing. A kind that has a very high escape content in the Netherlands. However, this was a second calendar year bird that might look good anyway. We did not doubt for too long and visited the bird. If this will be accepted, it is the first for the Netherlands and thus for our list. In addition, Terek Sandpiper, Greenish Warbler, Little Bittern and Black-crowned Night Heron were added to make the list stand out at 296 species. 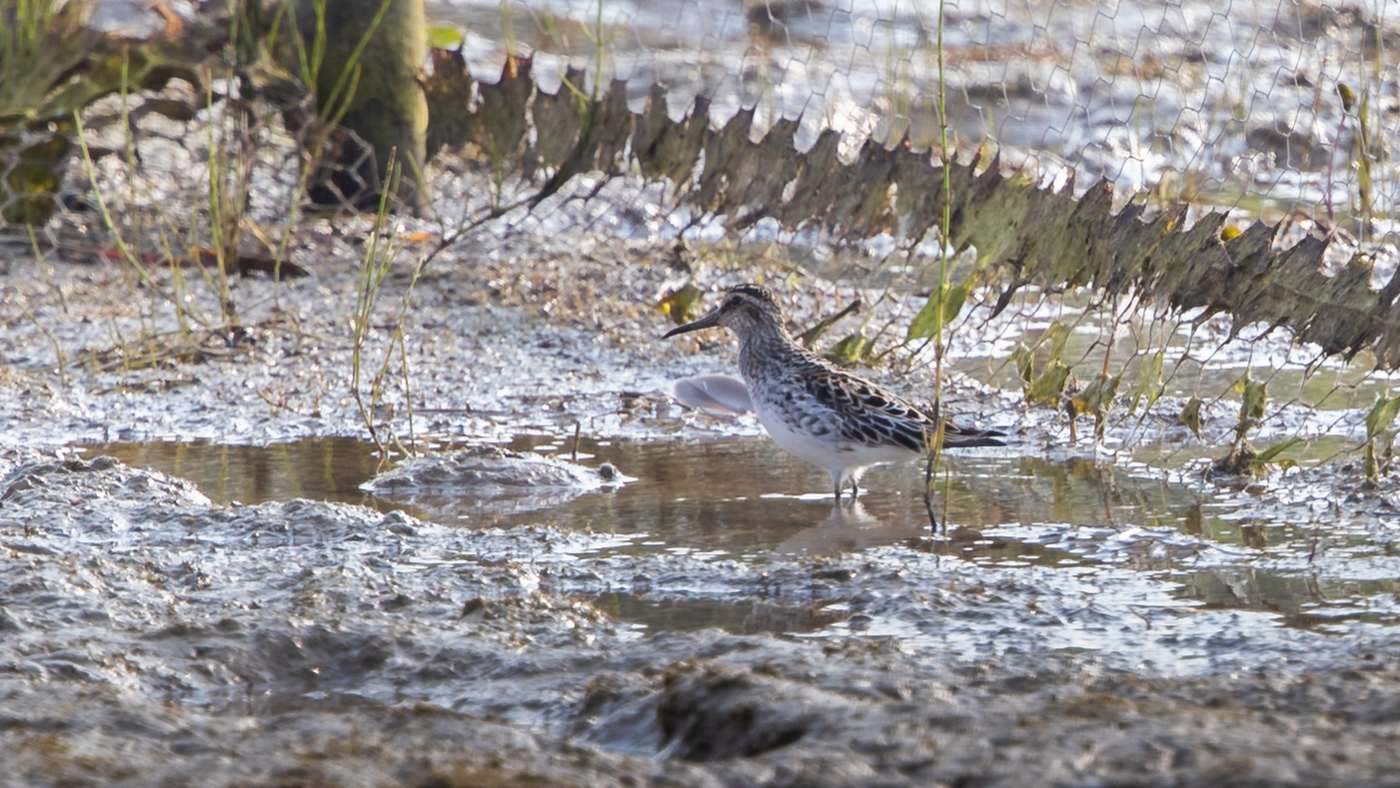 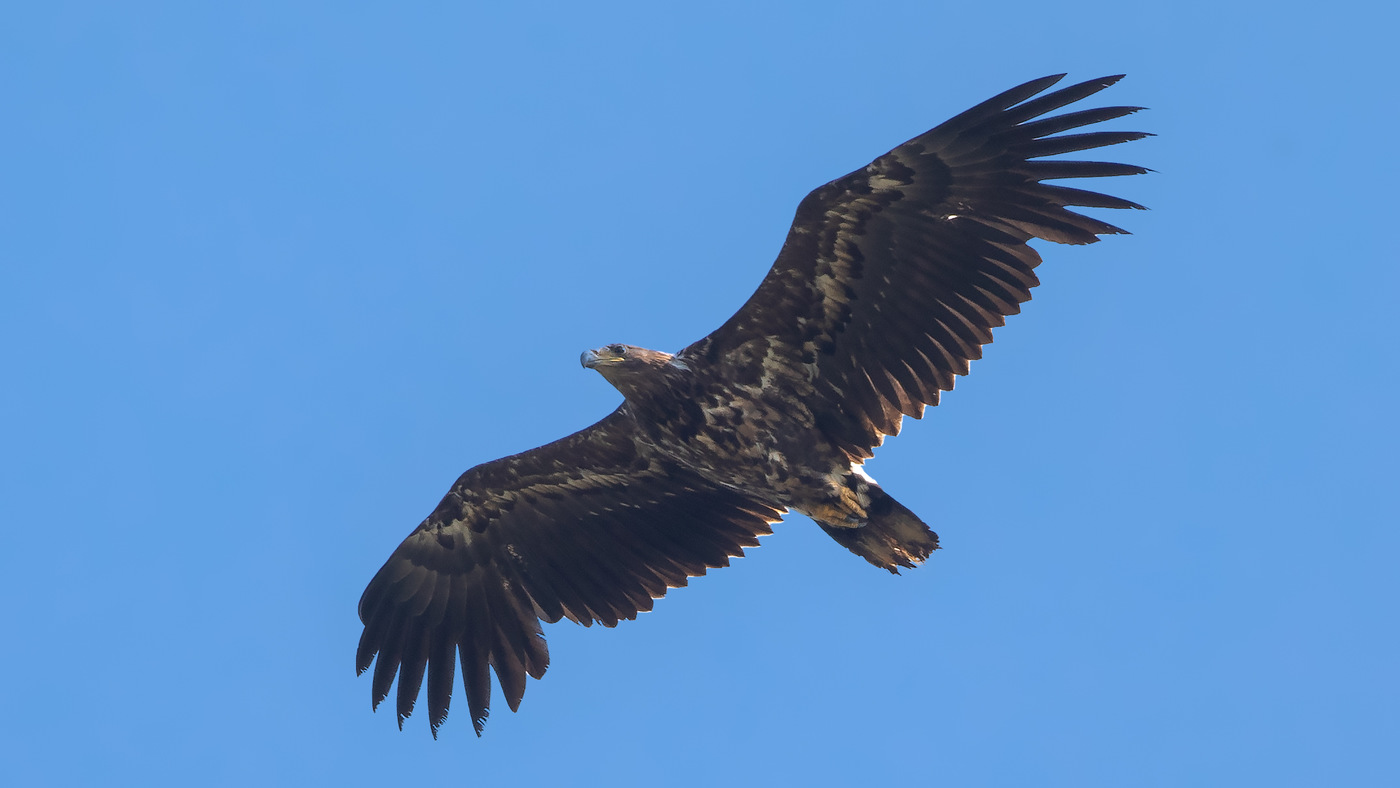 August started with a Red-necked Phalarope . The Brobbelbies migration site remained very quiet in the first half of the month. A day in Westkapelle with northwest wind provided on the 14 the a Long-tailed Jaeger and Parasitic Jaeger. Later in August we saw several Ortolan Buntings on the Brobbelbies and that was the 300 ste species for the year and the finale of the month. The 300 species were reached again! 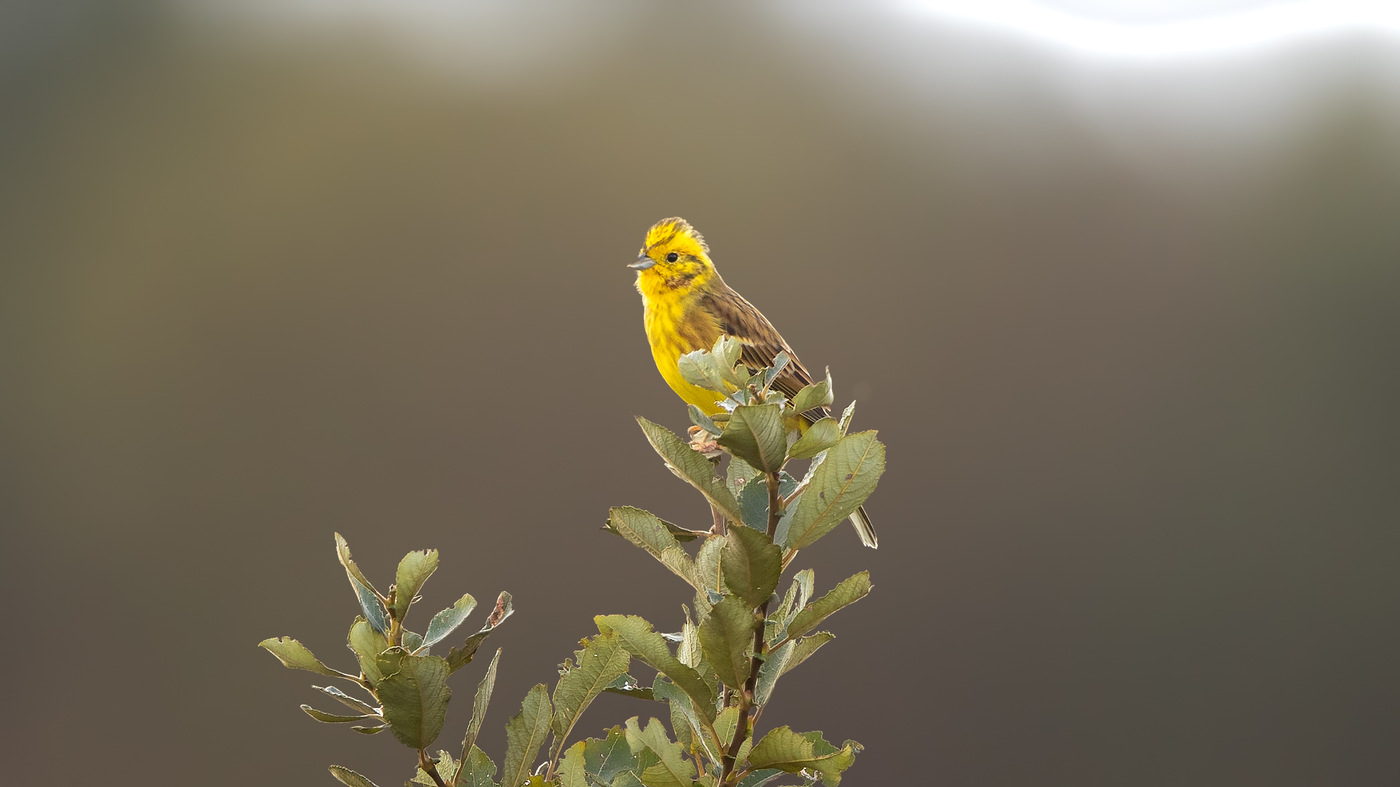 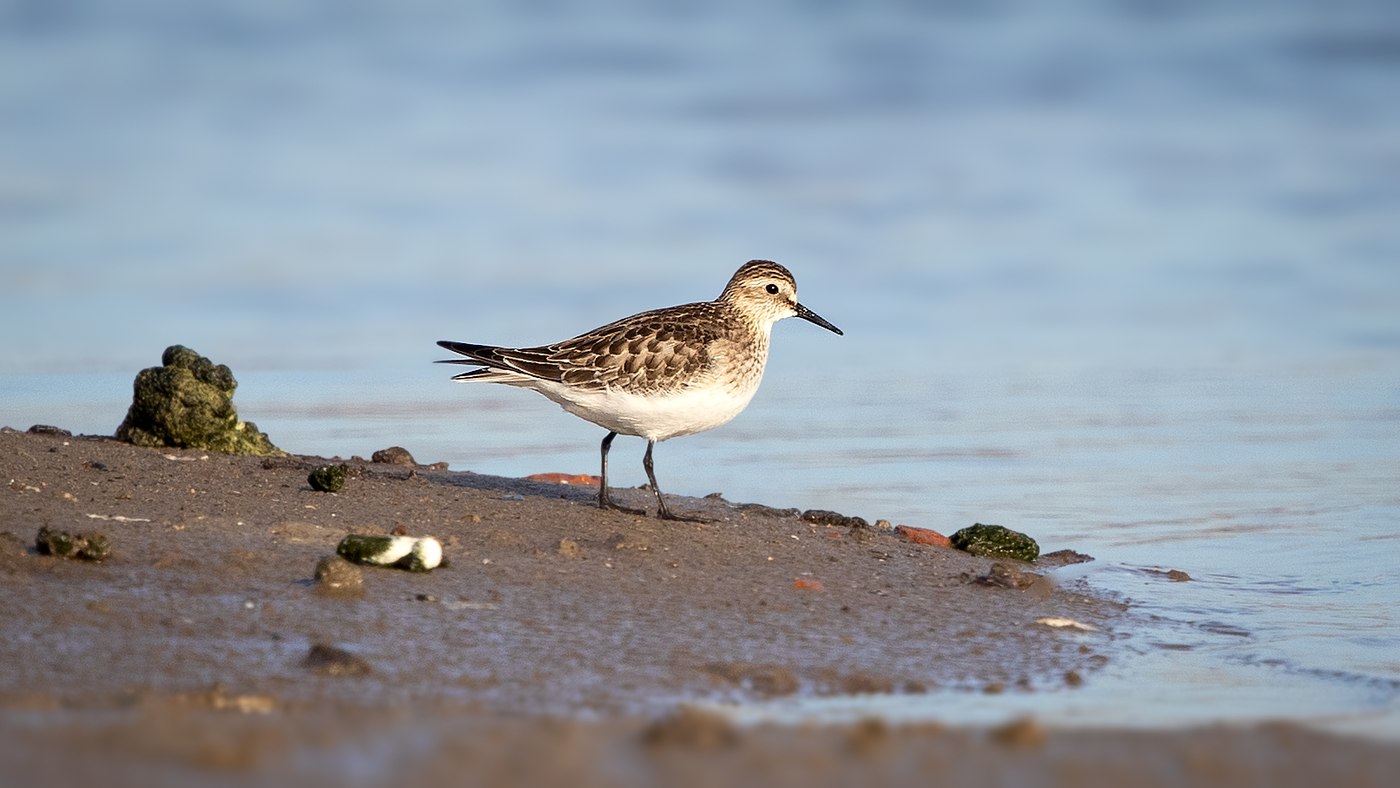 On 5 September, a Aquatic Warbler was done that was still counting for the monthly list. On the Brobbelbies we saw no less than 3 Richard's Pipits. A northwester on Westkapelle provided a Northern Fulmar and a Manx Shearwater . And with a Buff-breasted Sandpiper we closed the month with 306 species. 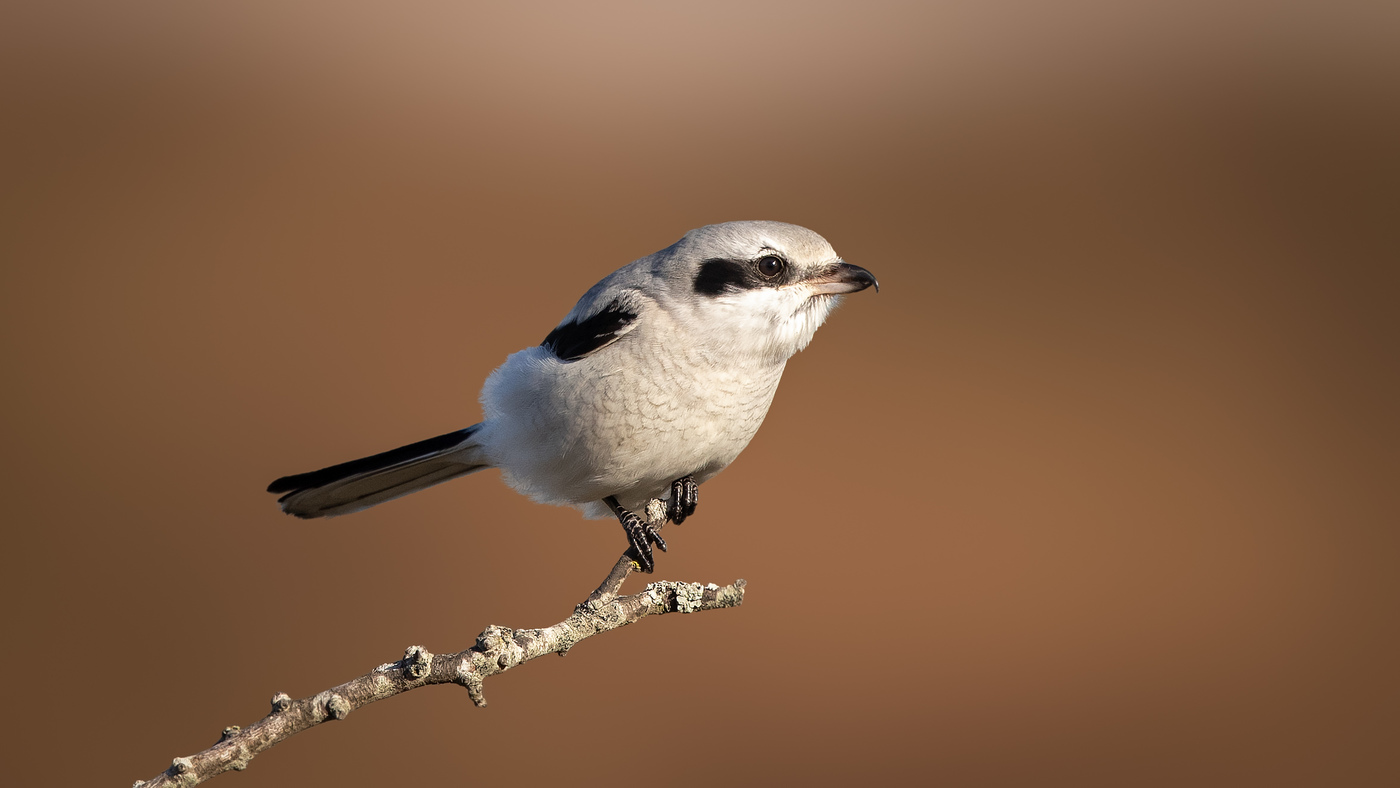 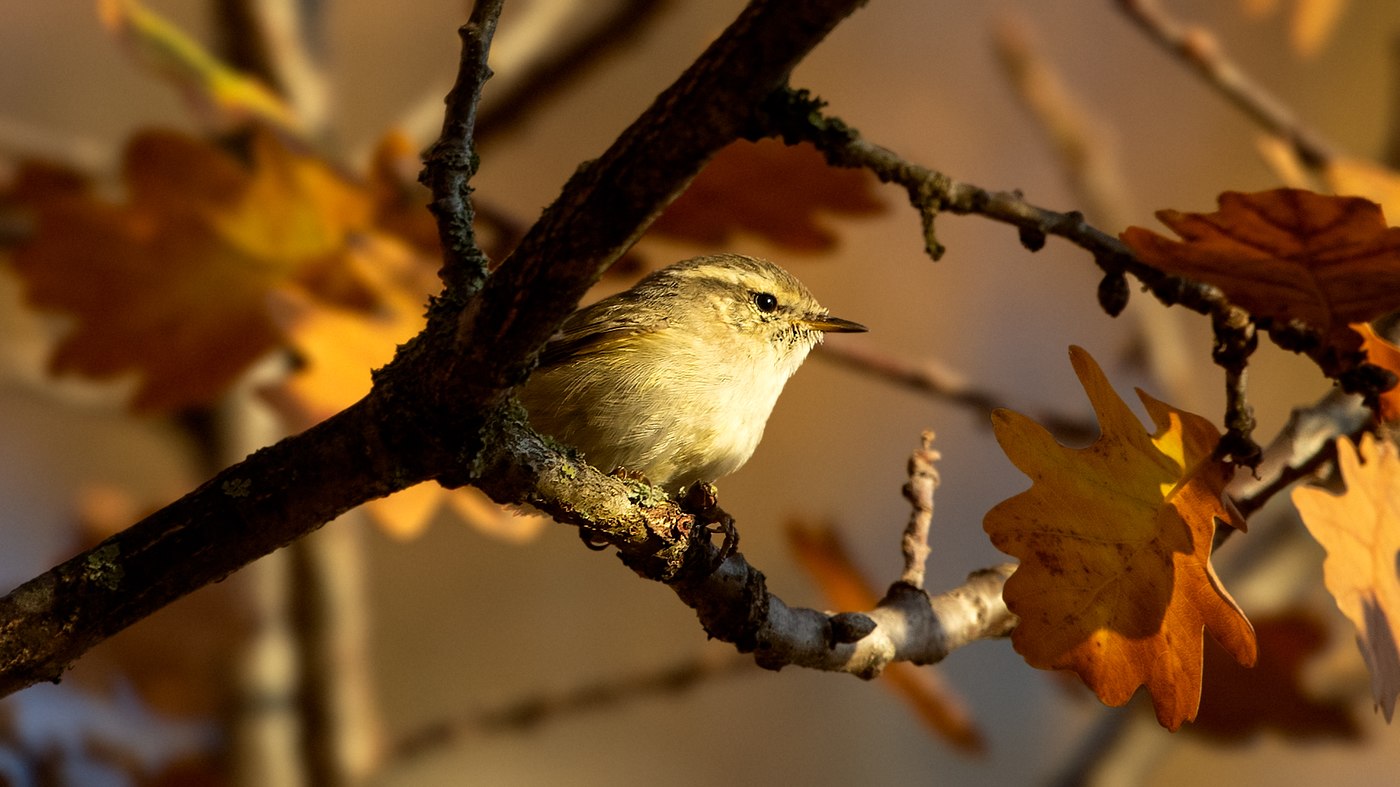 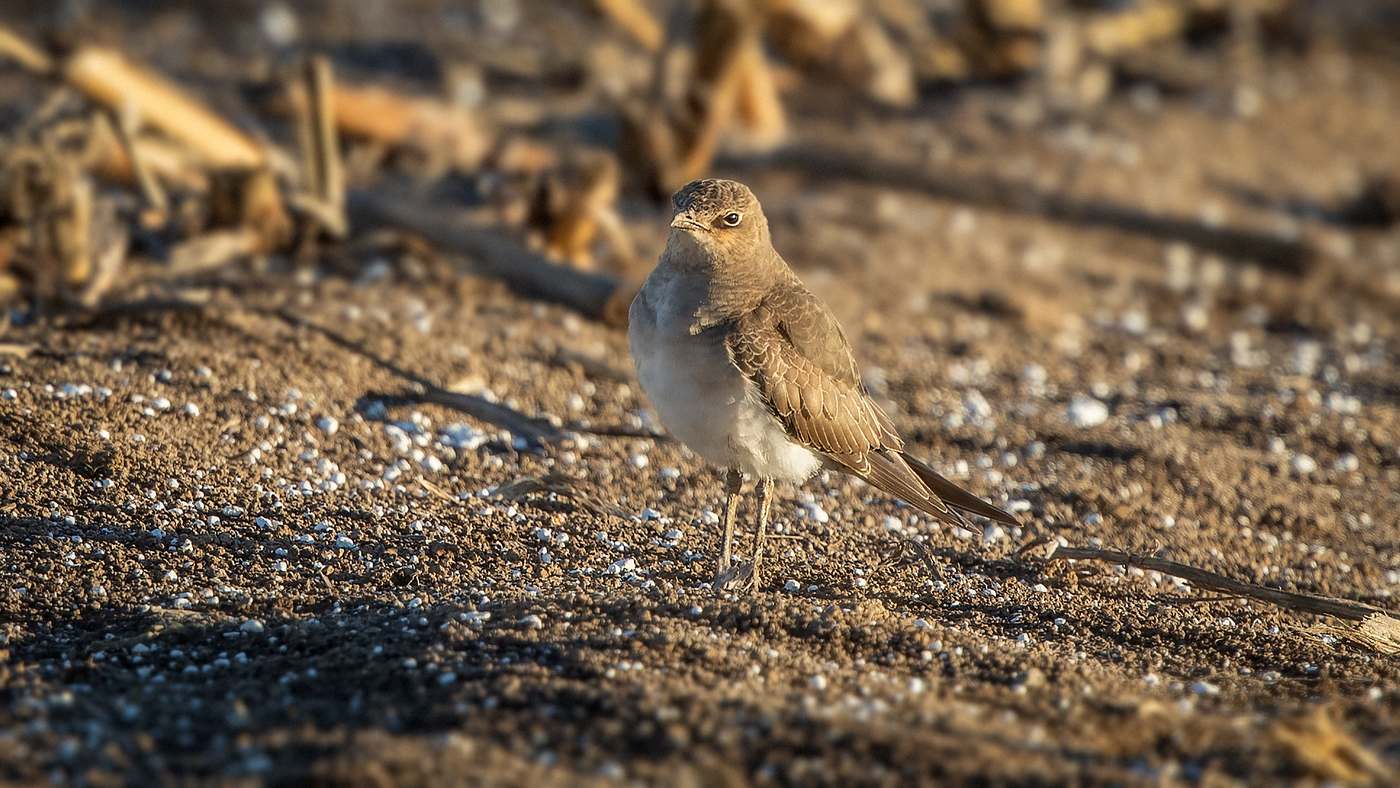 October was a nice month for the Brobbelbies with good numbers of migratory birds but no real stunners. We had to wait until the 10th of October for the first real good kind in the form of a Sardinian Warbler, a new one for our Dutch list. The month continued with Barred Warbler, Black-winged Pratincole and Red Phalarope. On 27 October, a Red-eyed Vireo was found on Texel late in the afternoon. A stunner and despite the fact that it was late we drove straight to Texel. We took the boat from 5.30 pm and with little light and no feedback from the bird our chances dropped. Once on the other side, the trip to the Krimbos near De Cocksdorp was quickly deployed. Almost immediately upon arrival the bird was found and we were able to join. In about the twilight the bird was seen well. Relieved and happy we were back on the boat at 7 o'clock towards the mainland. The day ended in tradition with a Marc's BBQ. This was also the last new species for October and the counter stood at 314. 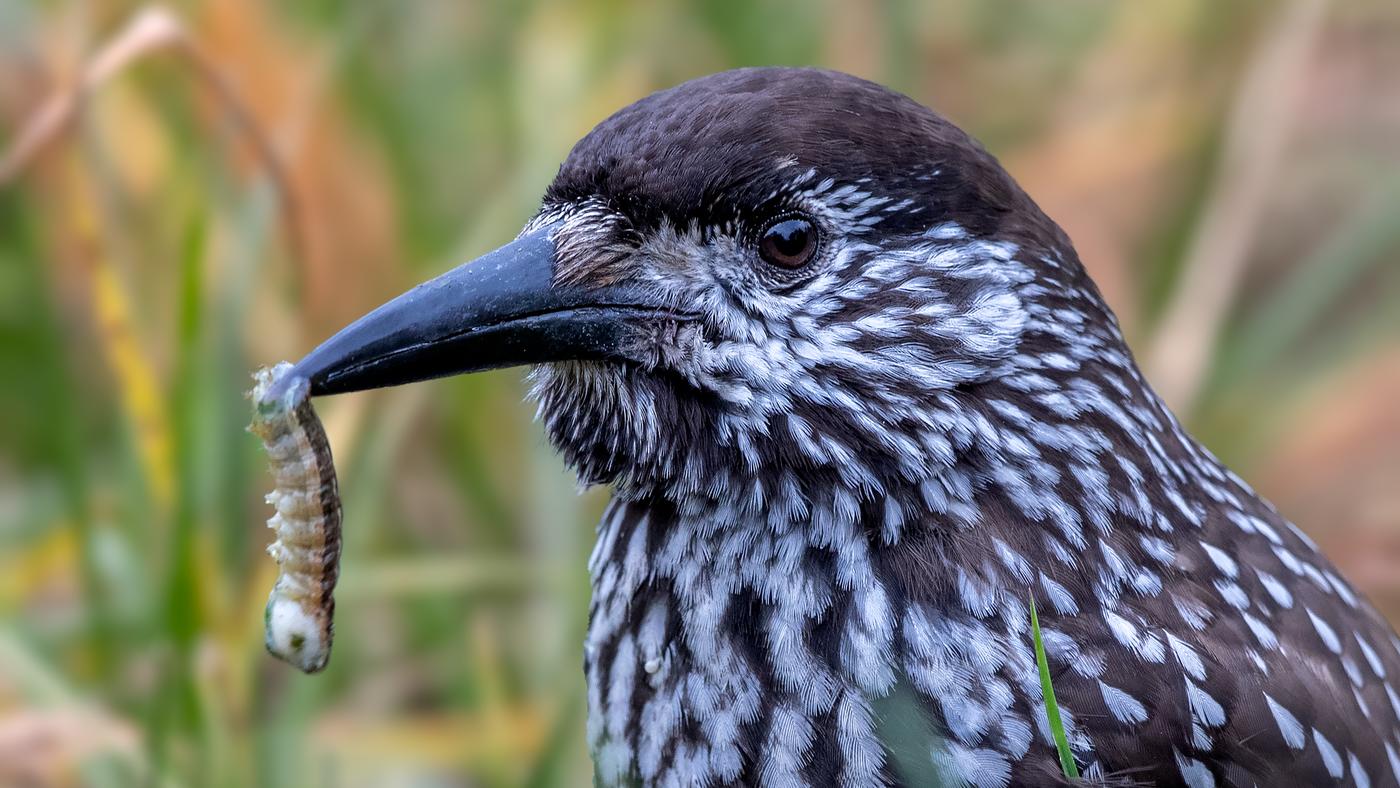 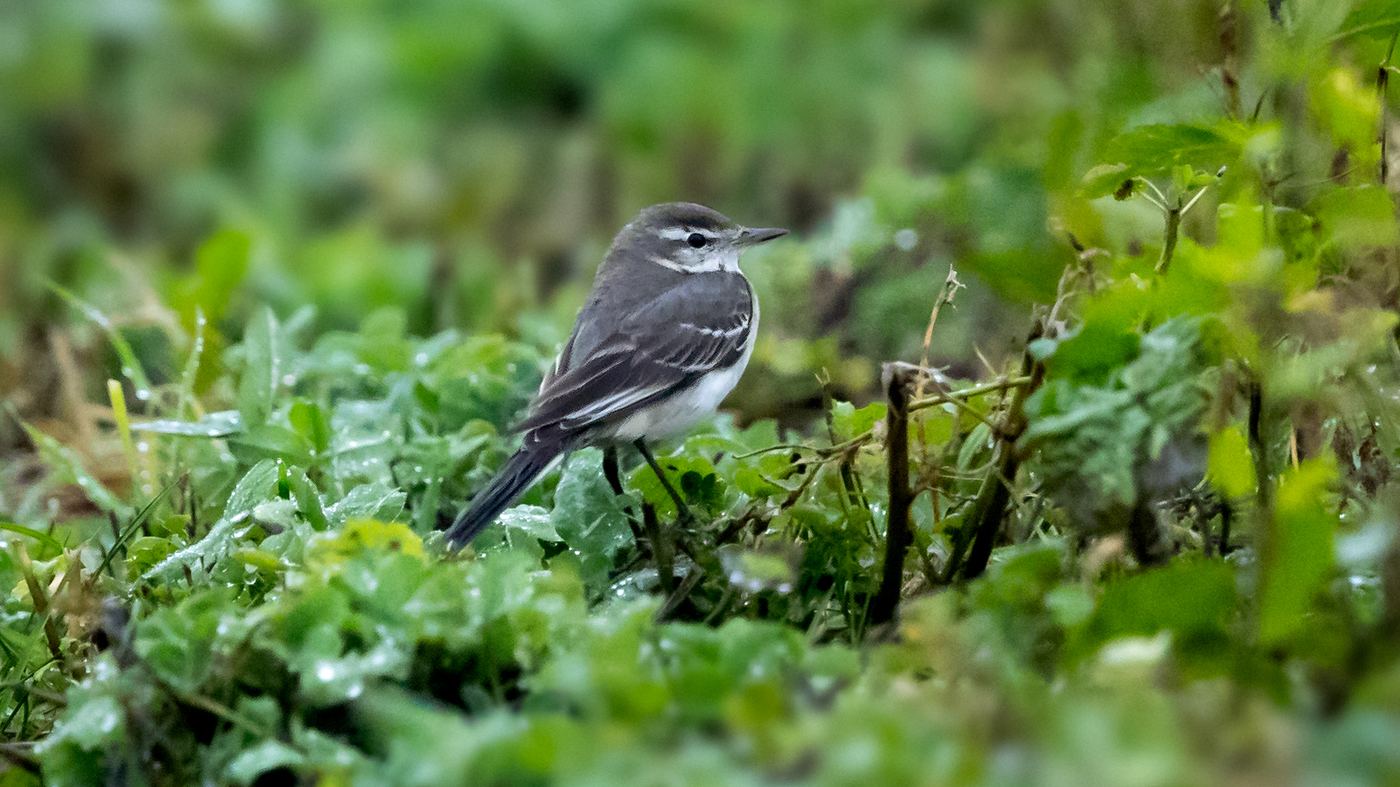 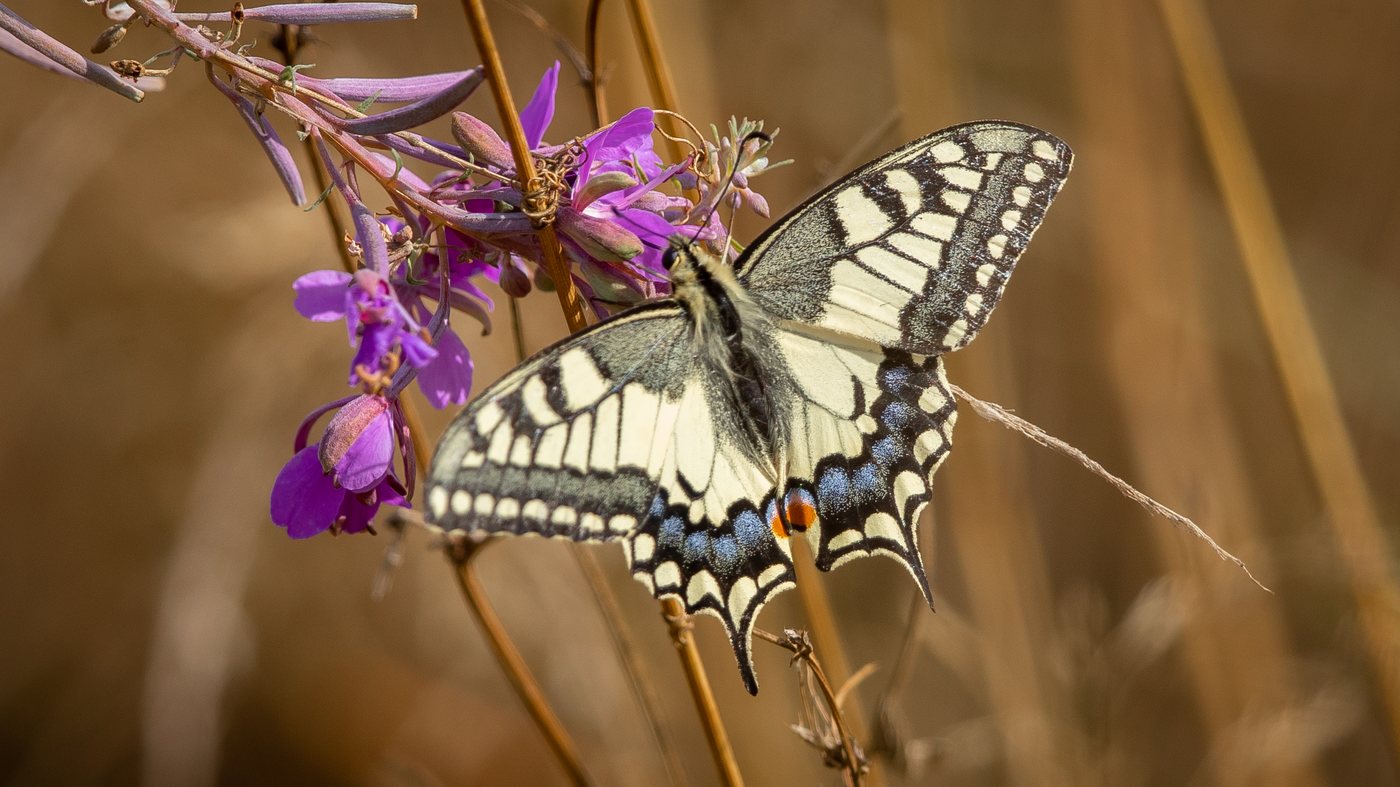 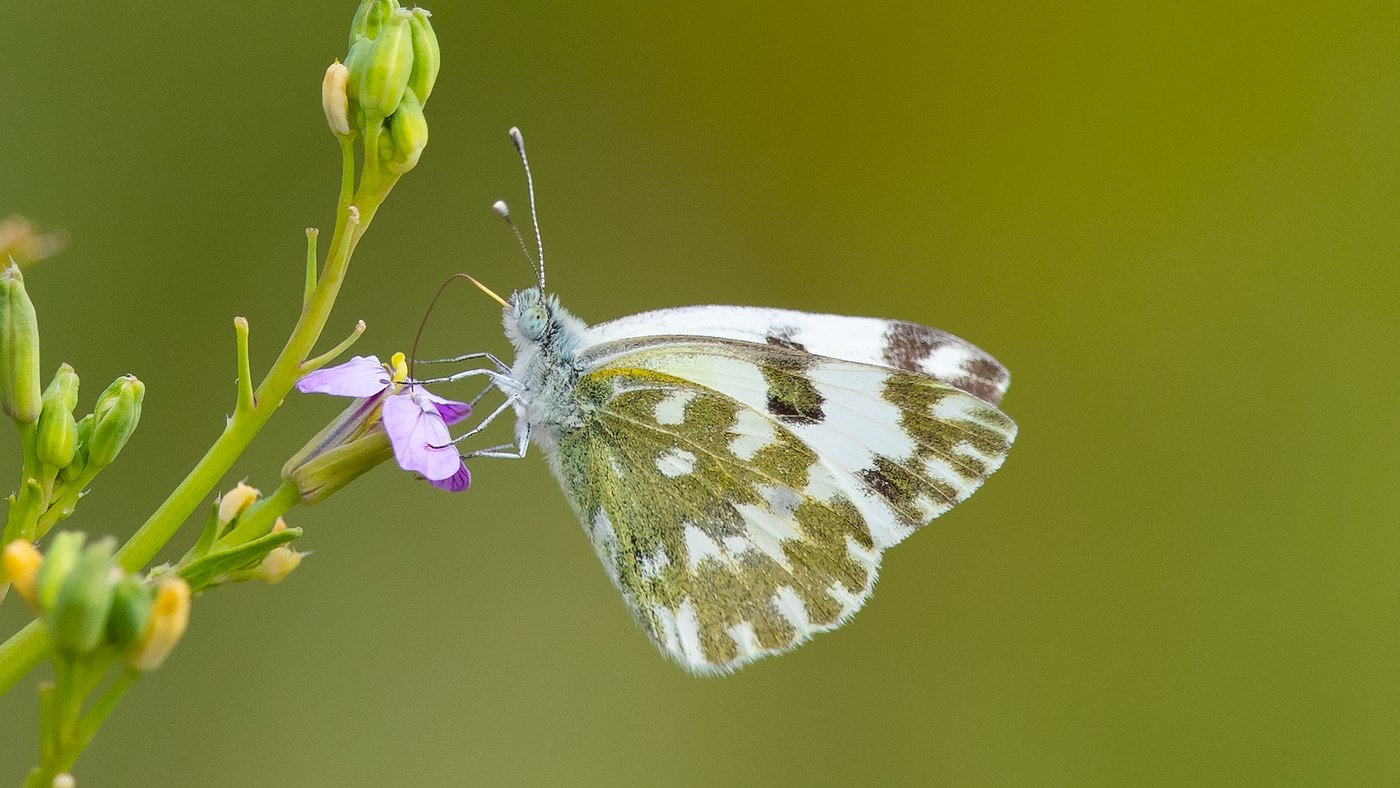 On 1 December, a Western Yellow Wagtail was seen that showed many characteristics of a Eastern Yellow Wagtail. Coincidentally, we had been in the area that same day for a late Willow Warbler that we also saw. So we had to go back the next day. In the first light the search was put in with another 15 birdwatchers. It took a while, but we found the Wagtail back and indeed the determination does tend towards Eastern Yellow Wagtail. We have to wait, fortunately DNA material from the bird is collected. On 11 December we saw our last species of 2018. A Pied Wheatear which also counts for the monthly list could be credited in Bodegraven. The final ranking for 2018 stands for 319 species.

On 2 February we left for Uganda for a 3-week trip. With 538 species it became a successful trip with again some nice new species and lots of photos. This is the twelfth year in a row that I score over 300 species. Good business was also done for the monthly list. Below an overview of the new species for the Dutch list:

Here is an overview of the lists we keep after 2018:

In 2019, another 300 species will be tried in the Netherlands. The trip abroad goes to New Zealand followed by the Western Pacific Odyssee.