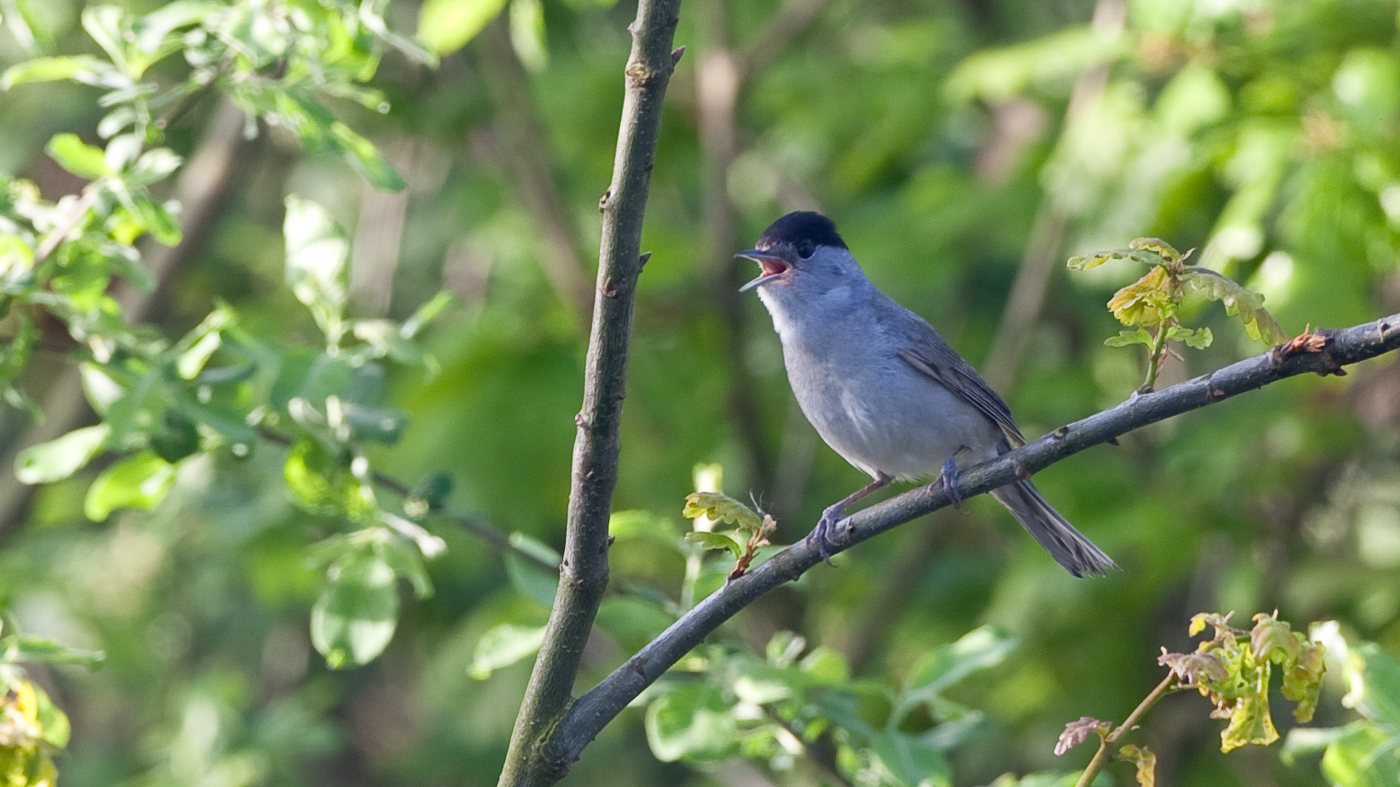 Every year we traditionally visit the Sallandse Heuvelrug to see the last of the Dutch population of Eurasian Black Grouse. We usually do this in April but for a change the month of May was chosen. I would go with Alwin but he decided different at the last minute.

I left at 5.15 hours so I would arrive early enough to the Sallandse Hevelrug. By crossing the Lower Rhine it began to become foggy. In some places the fog was very thick and I feared the worst. Upon arrival in the area the visibility was slightly better but not more than 400 meters. I began the walk of about 20 minutes. There was quite a concert from the forest and the first good bird was a Wood Warbler. A Bullfinch was heard, but I could not find the bird. Another Wood Warbler was singing a bit futher away. The walk through the forest was fast and went into the moorland where the Black Grouse are. At first the visibility was not good but a bit further it cleared up and you could overlook the moorlands. There were no singing male Grouse heard but I had honestly not expected that. While inspecting the heather fields I saw in the distance female Black Grouse in a tree. The bird sat far away and a photograph was hopeless. I was certainly pleased with this bird because I had not really counted on it. I decided to have one hour to hang around but I did not see more Black Grouse.

After a good half hour walk I came back at the car. On the way back I heard two other Wood Warblers that brought the number to 4. Second goal for the day was the Flevopolder. I would start at the Vossemeerdijk where every year we hear the Great Reed Warbler singing. The exercise is easy, drive with your windows open along the dike and listen carefully. It was not long before I had found the first bird. He sat up in the reed and song loud. I tried for about 45 minutes to photograph the bird but with no luck. The bird sang with determination but did not come out of the reeds. I drove to the Ketelweg where there are areas of natural development. The only thing seen here was a Wood Sandpiper and a Common Sandpiper. I Drove to the migration counting post Kamperhoek but there was nobody there. I visited the Sand Martin wall near the migration counting post. There were hundreds of Martins busy with their nests. A beautiful sight and I stayed here for at least an hour.

I decided to leave the polder and drove to the Maashorst. The weather was good and the plan was to search for Honey Buzzards. After a half hour drive I arrived at the migration counting post in the Maashorst. I stayed here for about an hour but saw very little. Because tomorrow could be a long day I decided to go home.