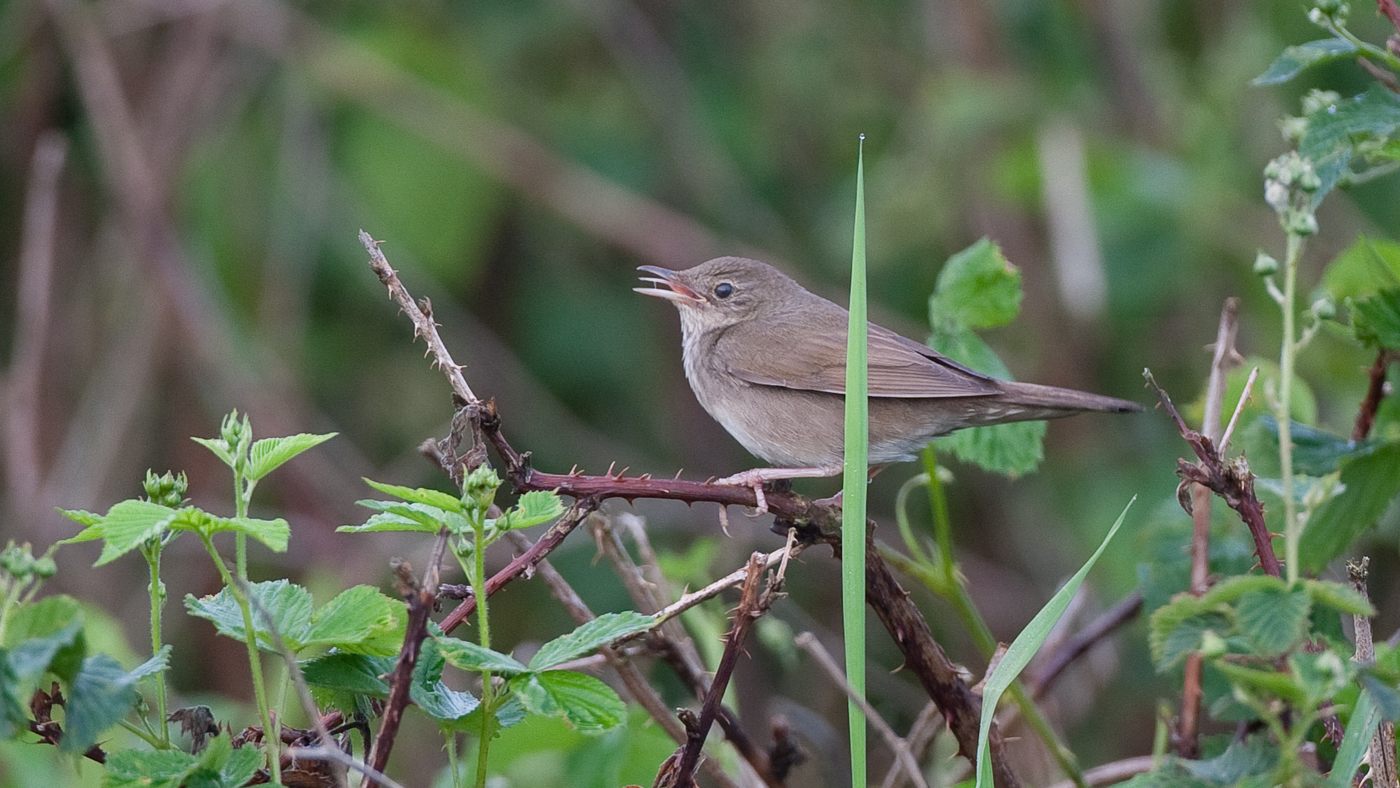 The month of June is a good time to expand the year list so that the 300 species can be achieved this year. In Groningen at the Piccardhofplas a River Warbler was reported this week and we could combine this bird nicely with the Long-billed Dowitcher (if he still there) in the Lauwersmeer. Early in the morning at 5 o’clock I picked up Jan Verhoeven and together we drove to Groningen.

Just behind Zwolle we drunk the traditionally cup of coffee and we looked a little on the internet for the correct location of the River Warbler. Back in the car, data were fed into the planner and we resumed our journey. Great technique these days, and it makes life a lot easier for a birder. According to the navigator, we had one hour to drive. Around 6:30 am we arrived at the place I had entered. We were apparently on the wrong side of the field here because we were at a closed fence that opened at 8 o’clock. We drove around the lake and parked on the other side. It looked better, we were now no more than 200 meters away from where the bird was seen yesterday. We walked over a bridge into a sort of rush field flanked by forestation. It was not long before we heard the characteristic sound of the lawnmower sounded River Warbler (269). The bird sang and flew occasionally erratic up and down among the bushes. Also, he was occasionally in a blackberry bush, I was standing here in the hope that the bird would come back here. My patience was rewarded and the River Warbler sat beautiful within 5 meters and I could take some great shots. 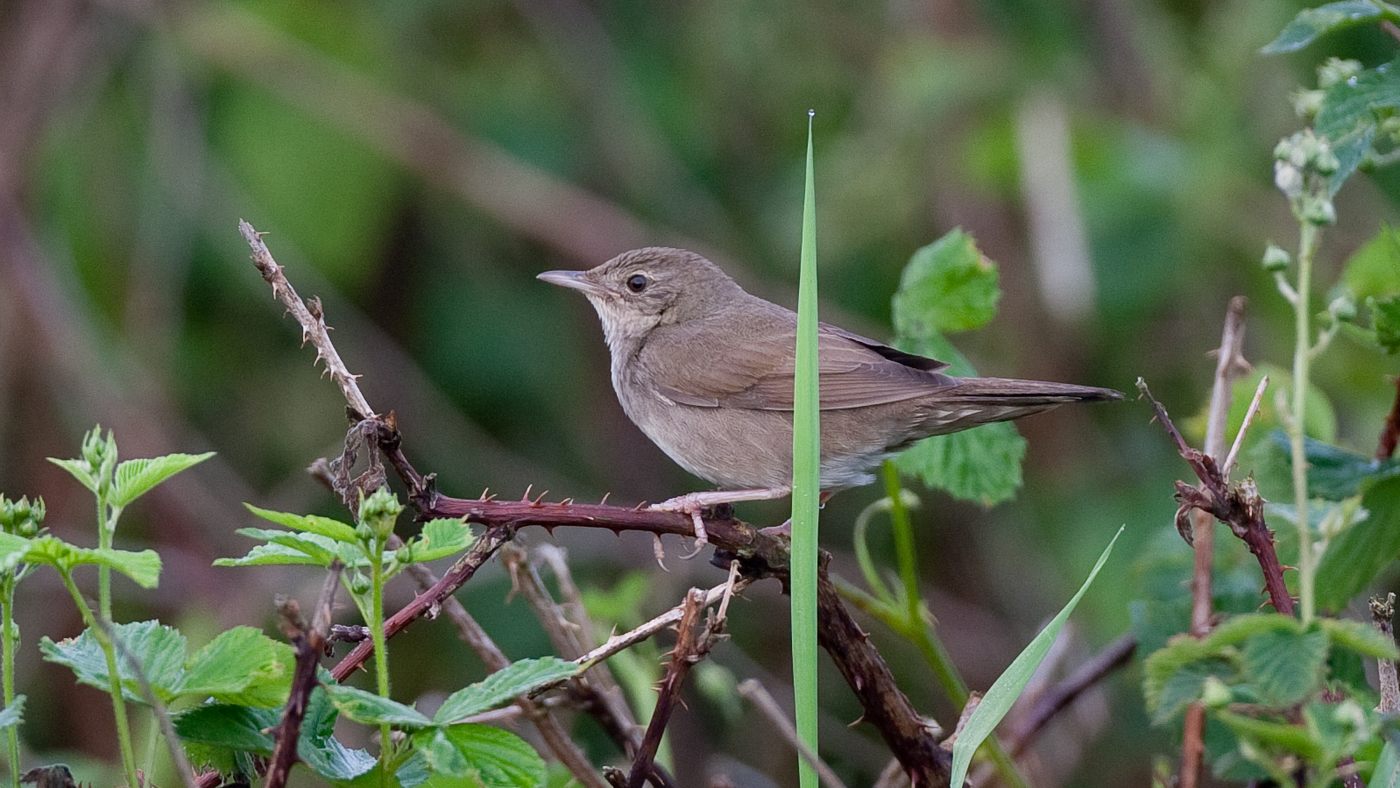 It was now 7.30 and we had the whole day in front of us. We decided to go directly to the Lauwersmeer. After less than an hour we arrived at the Jaap Deensgat. The cabin was not visited and we drove straight to the Vlinderbalg. Along the way there was a Bluethroat singing. On the water was not much to see so we continued. With open windows, we heard a Lesser Whitethroat and a singing Nightingale. The coastal road was the next destination, here we wanted to inspect the flats. It was high tide and on the stakes were a few Grey Plovers. Furthermore, it was quiet here. Stomachs started growling a bit so a shrimp roll was welcome. First we did the Black Redstart at the marina. After the roll we rode around the harbour. A Northern Wheatear was seen just before he disappeared over the embankment. On the pier of the port was a Little Tern, a best species for this place. The bird was easily approached by car and I could make some nice plates.

We now drove directly to the Keeg where we started in the north. There were many Spotted Redshanks and we counted at least 10 Ruddy Shelducks. The Northern Keeg was filled with Ducks and their plumage is beginning to change. These are mostly Gadwall Ducks and Northern Shovelers. We drove over to the southerly Keeg. It seems that the wading birds are already beginning to come back from the north because here there were also many Spotted Redshanks, 3 Green Sandpipers, a group of Greenshanks. Furthermore, some Curlew Sandpiper, Knots, many Ringed Plovers, a Little Ringed Plover and many Black-tailed Godwits. We certainly looked for one hour for the Long-billed Dowitcher but could not find him, he is probably gone. We left the Keeg and went to the Zomerhuisbos for a walk. Here we heard an Icterine Warbler sing. Furthermore, we saw a Spotted Flycatcher and a Willow Tit crying. Back at the car a Marsh Warbler was singing. 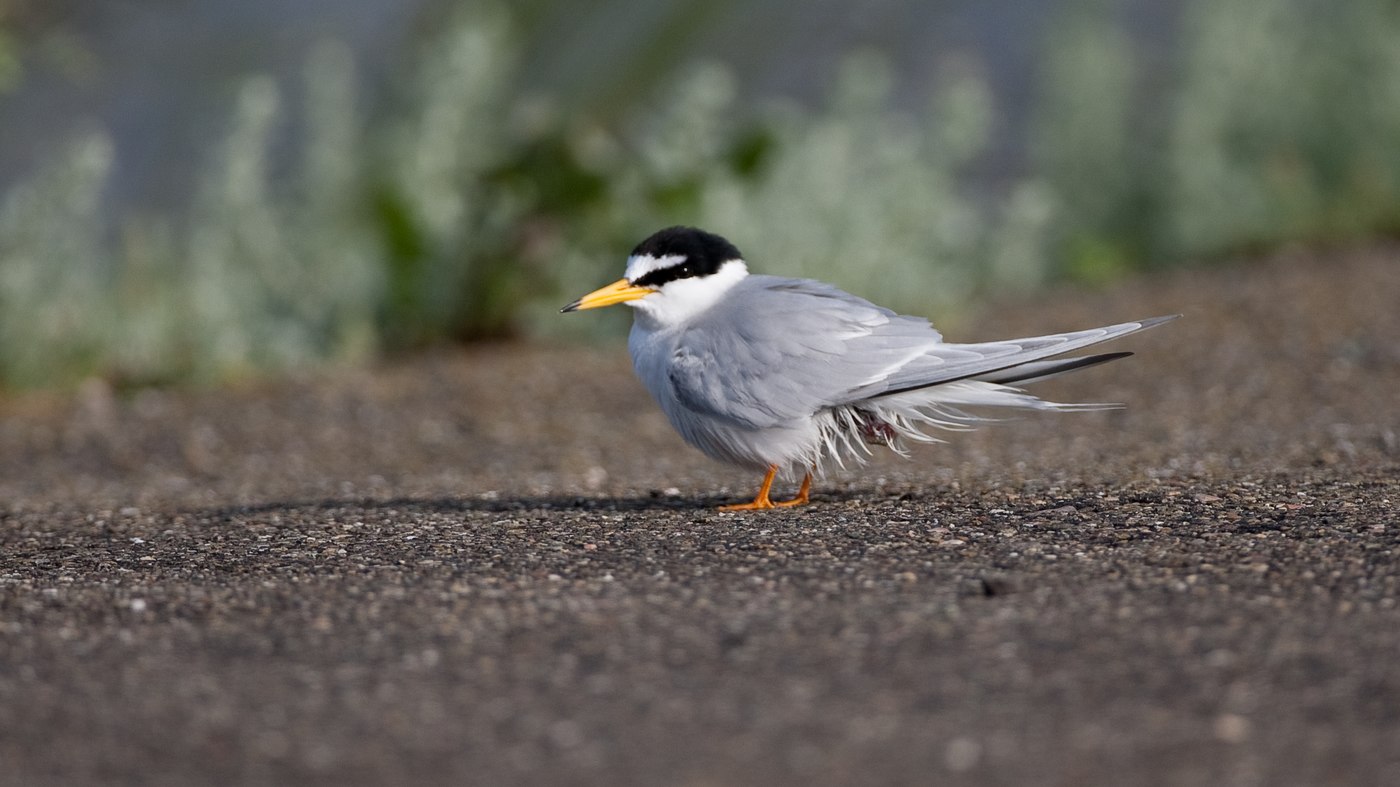 We left the Lauwersmeer and drove towards Fochteloërveen. At 13.00 o’clock we drove into the area and could immediately write down a Hobby. A walk near the Cabin we saw 2 Whinchat’s and one Black-necked Grebe. We stayed here half an hour in the hope of a Short-toed Eagle that is seen here almost every year. This was unfortunately not so. Next stop was the lookout tower. En route we heard a Goldcrest and a few Hawfinches. From the lookout tower, we found two juvenile Common Cranes. A Sparrowhawk flew over and on the way back we heard a Siskin sing. Before we end the day we had a visit to Diependal on the program. At 15.00 o’clock we stood in the parking lot near the Watch hut. After a short walk we arrived at the hut. A pair of Red-necked Grebes have built a nest in front of the cabin. Occasionally you could see that there already was an egg in the nest. We counted 4 other Red-necked Grebes. After half hour it was fine and we decided to drive towards Uden.

We managed a list of 116 species today. Definitely not a bad number for the time of the year. The River Warbler is the 269th species of the year.