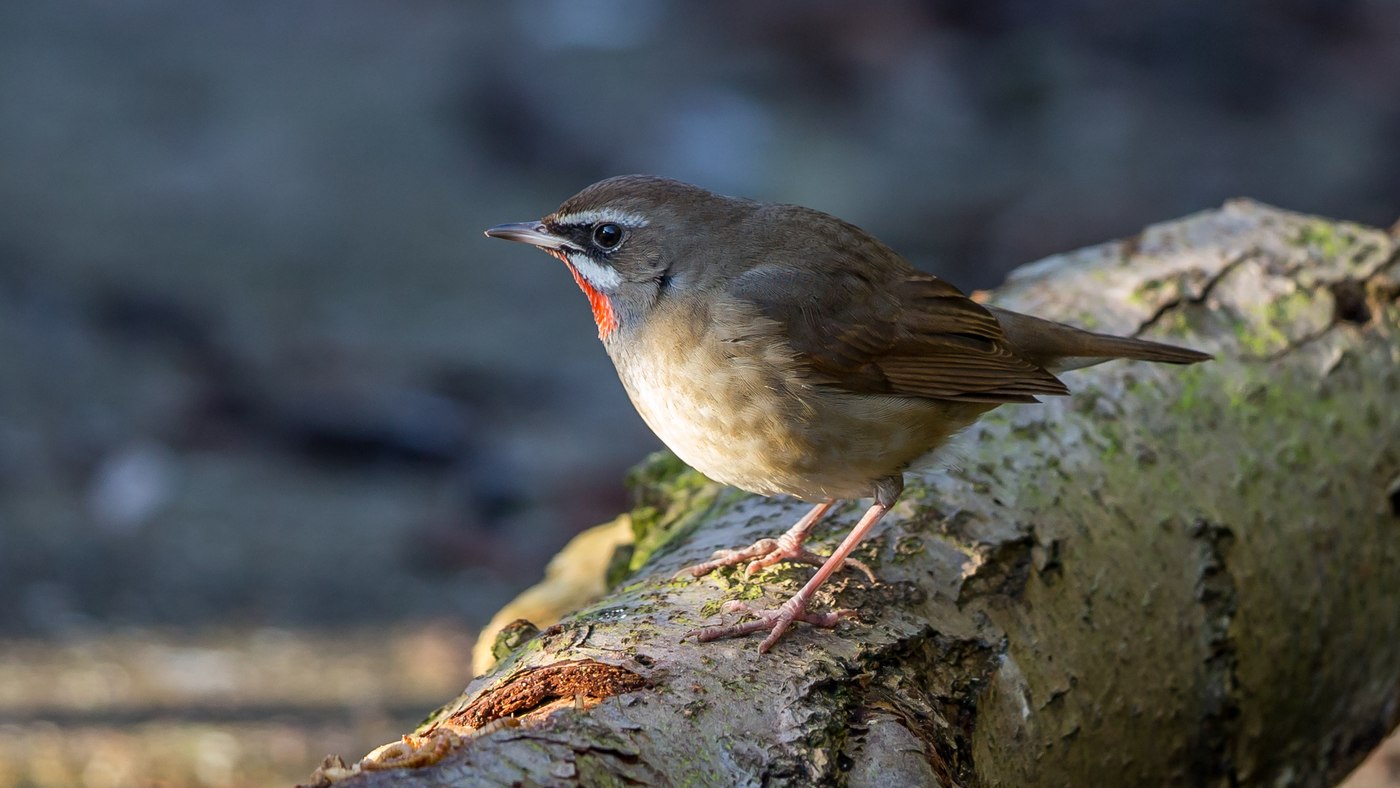 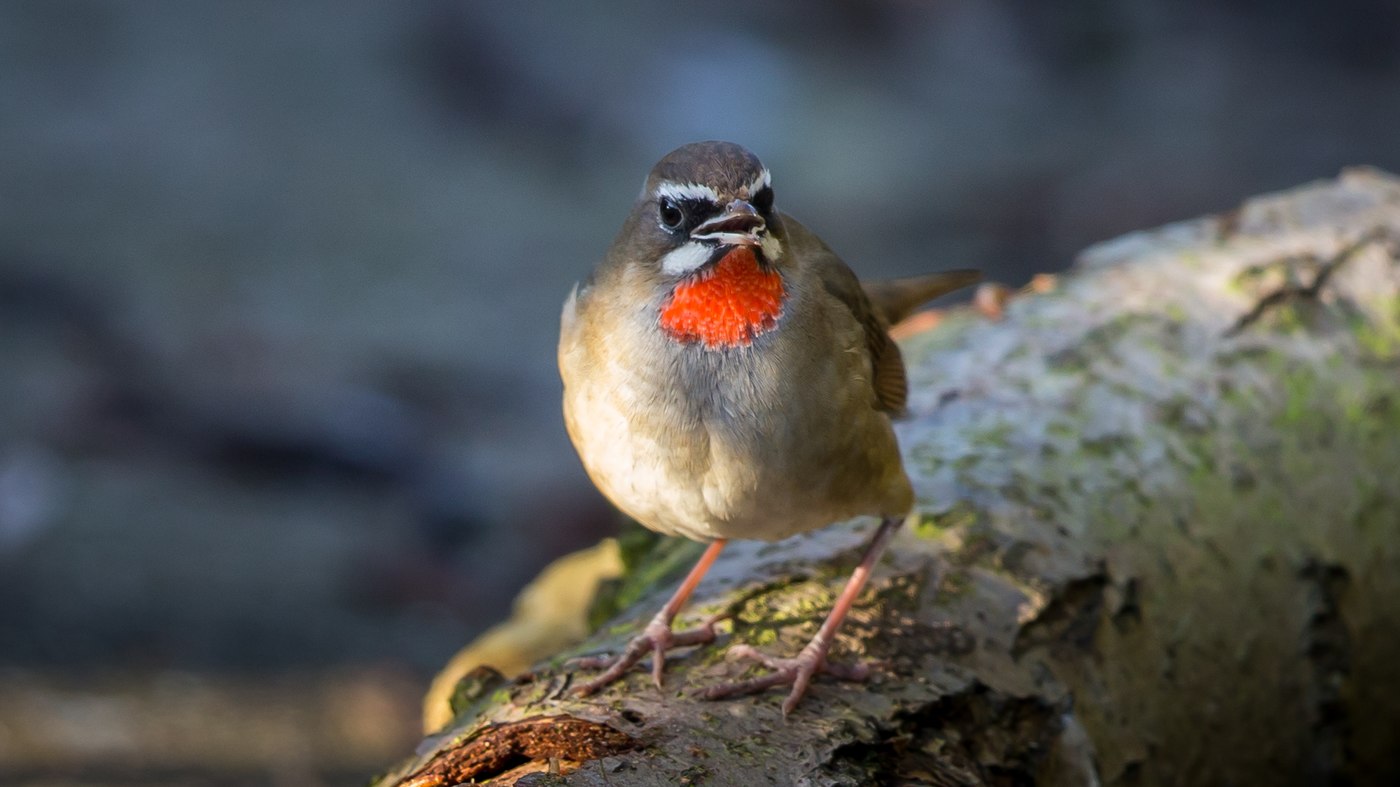 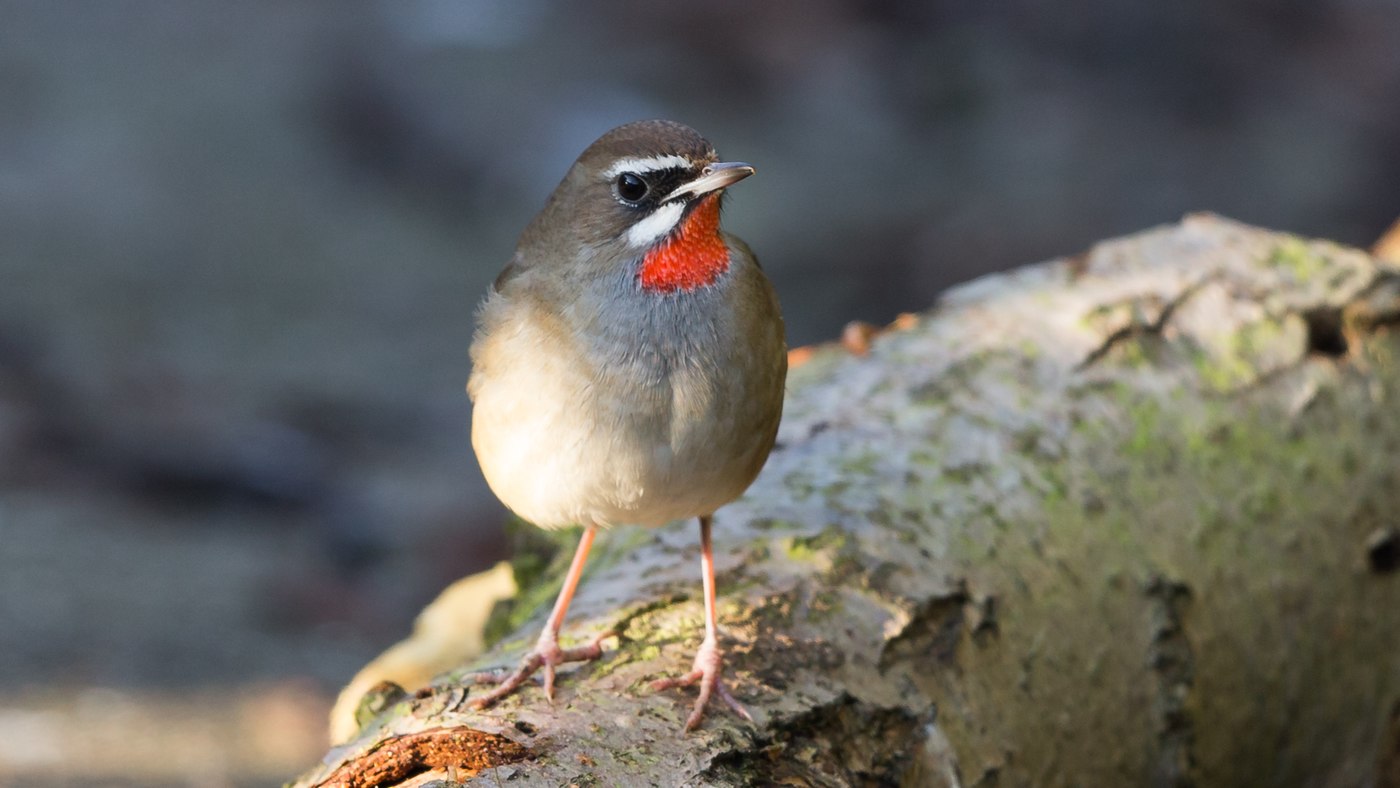 January continued to produce good species such as Long-legged Buzzard, Blue-winged Teal, Lesser Scaup, Dusky Warbler, Hume's Leaf Warbler and even a late Yellow-browed Warbler. Stunner of the month and I believe of the year was the Siberian Rubythroat which was found in Hoogwoud on January 15. This also became the first new species for the Netherlands of the year. The bird stayed there until April and we visited him every month. On January 31, the counter stood at 163 species. 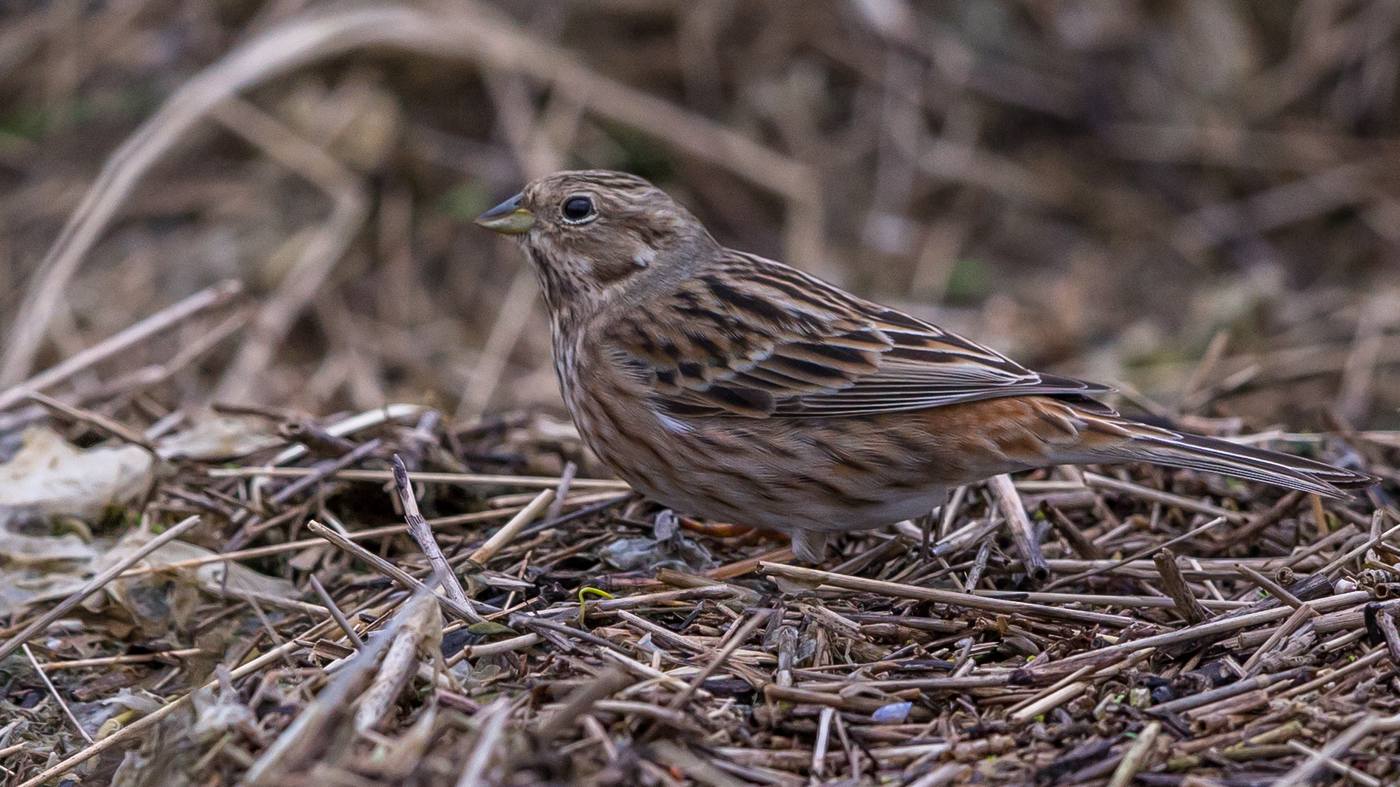 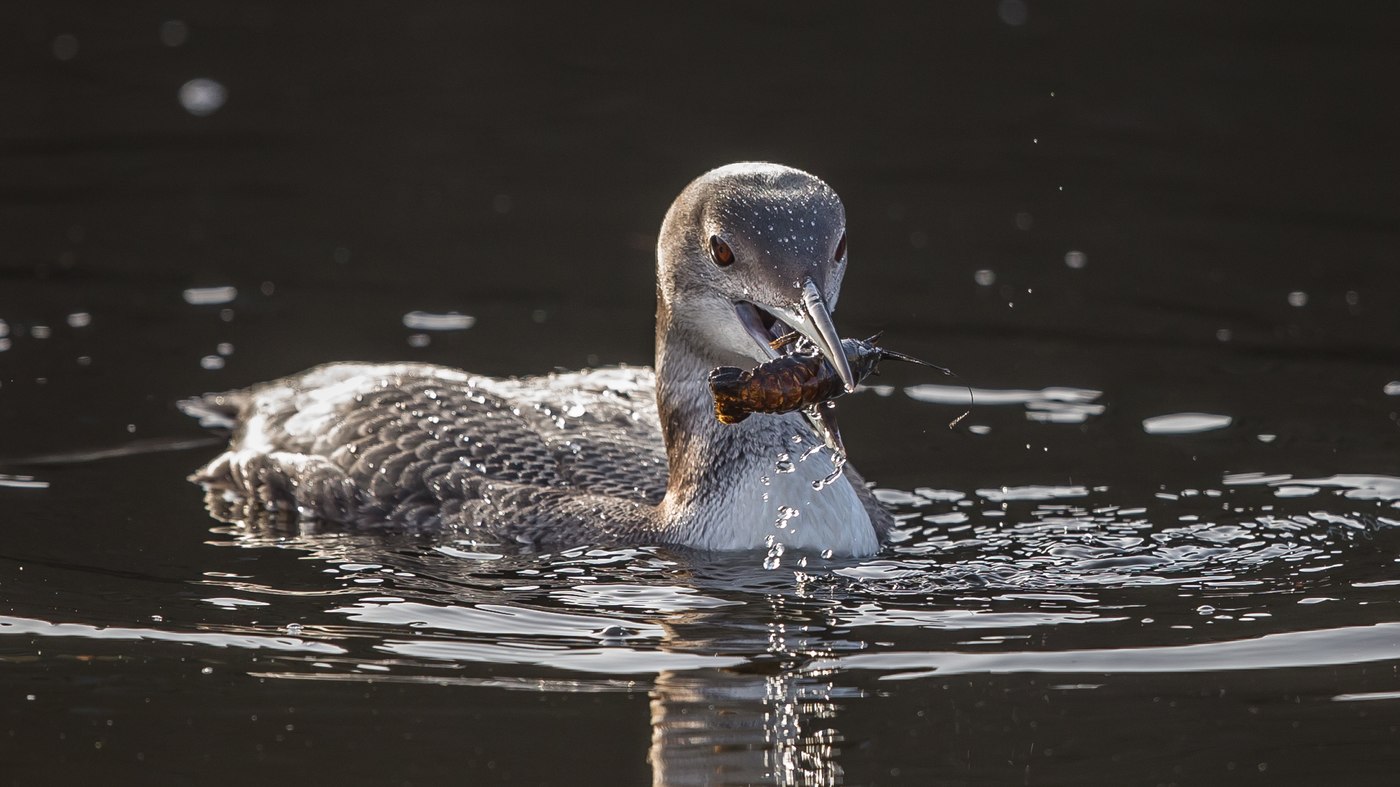 February was only a week old and the second new species for the Netherlands announced itself, a Redhead was discovered in a canal near Noordhorn in the province of Groningen. After some discussion about determination it appeared to be a least a real Redhead instead of a hybrid. If it is from wild origin that we have to wait, the bird has not yet been accepted by the CDNA. It was a short month for the Dutch list for February because we left for Thailand at the twelfth where we spend the rest of the month in search of new species for the world list. It was a great trip with as many as 449 species, many of which are new to us. February ended with 167 species for the Dutch year list. 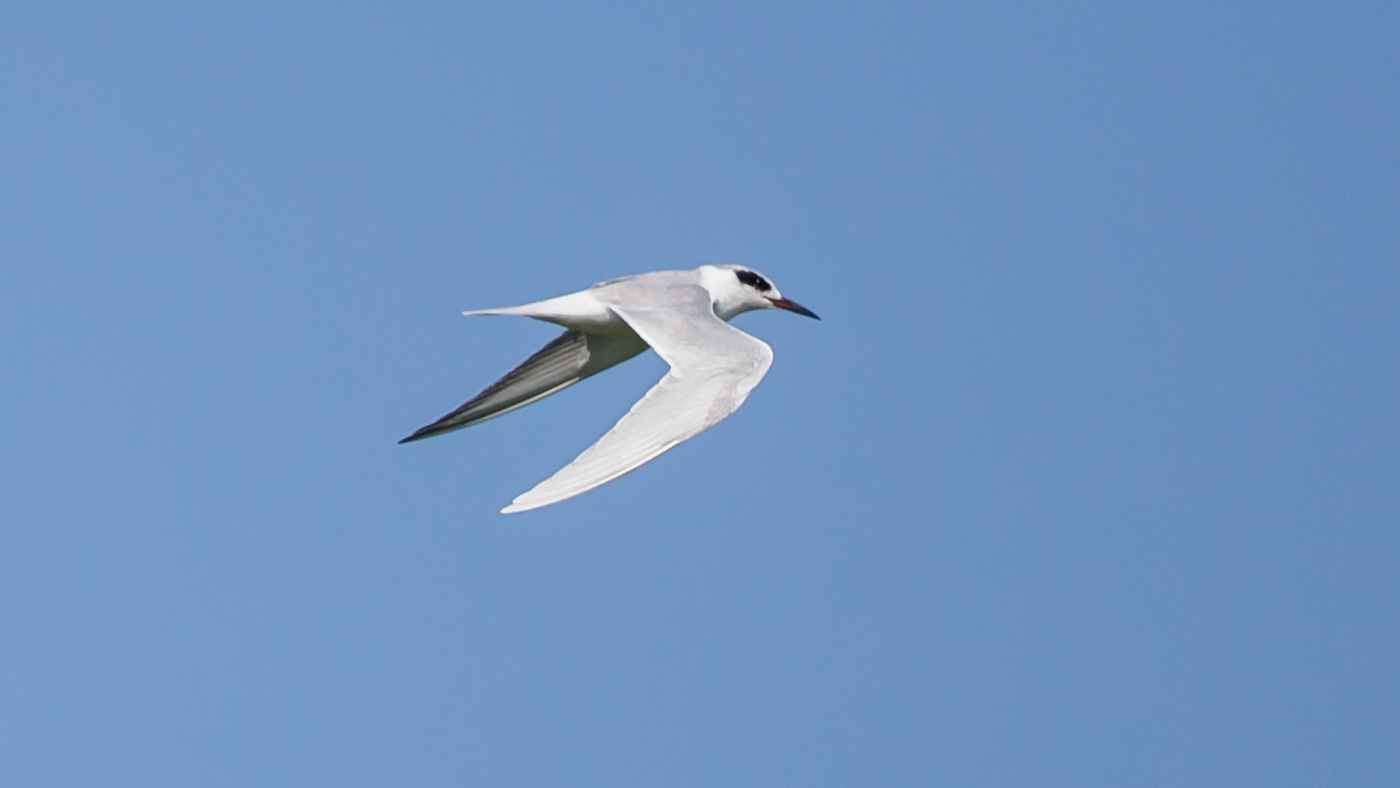 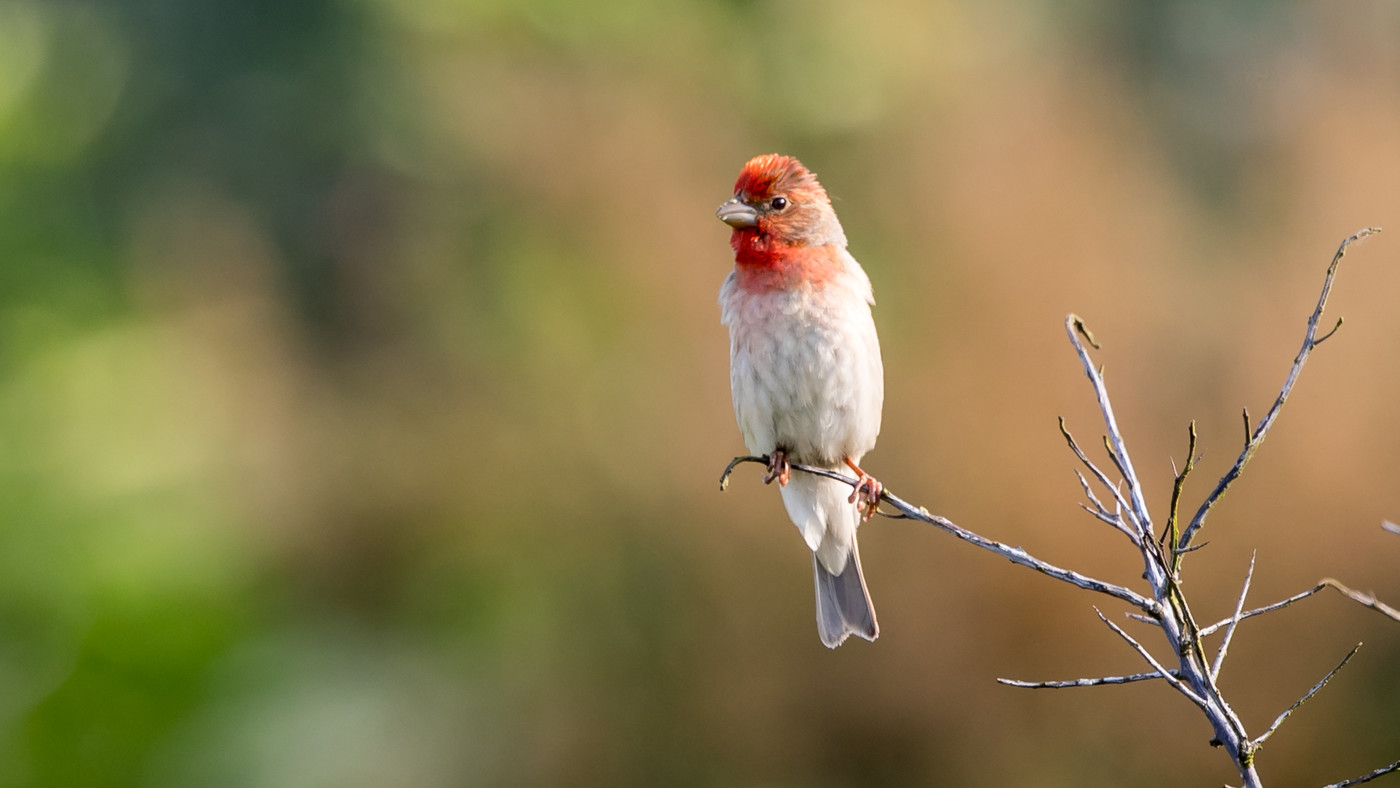 March traditionally began at the migration site Kamperhoek for the spring counts. A Lesser Yellowlegs and Pallid Harrier which counted for the month list were twitched elsewhere. This also applies to a Whiskered Tern had probably overwintered. A Ring-necked Duck, and Green-winged Teal are worth mentioning but otherwise March remained quiet. The count stood at 197 species. 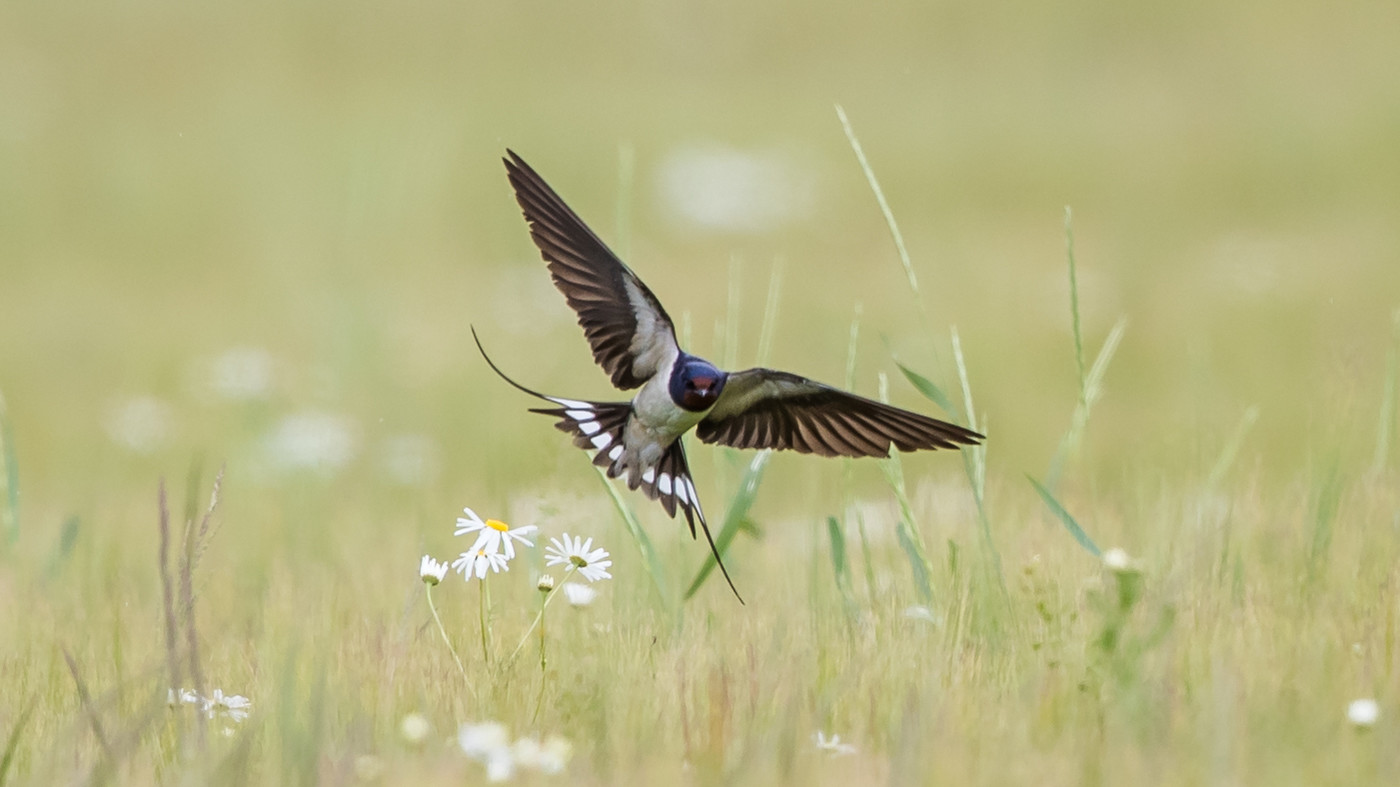 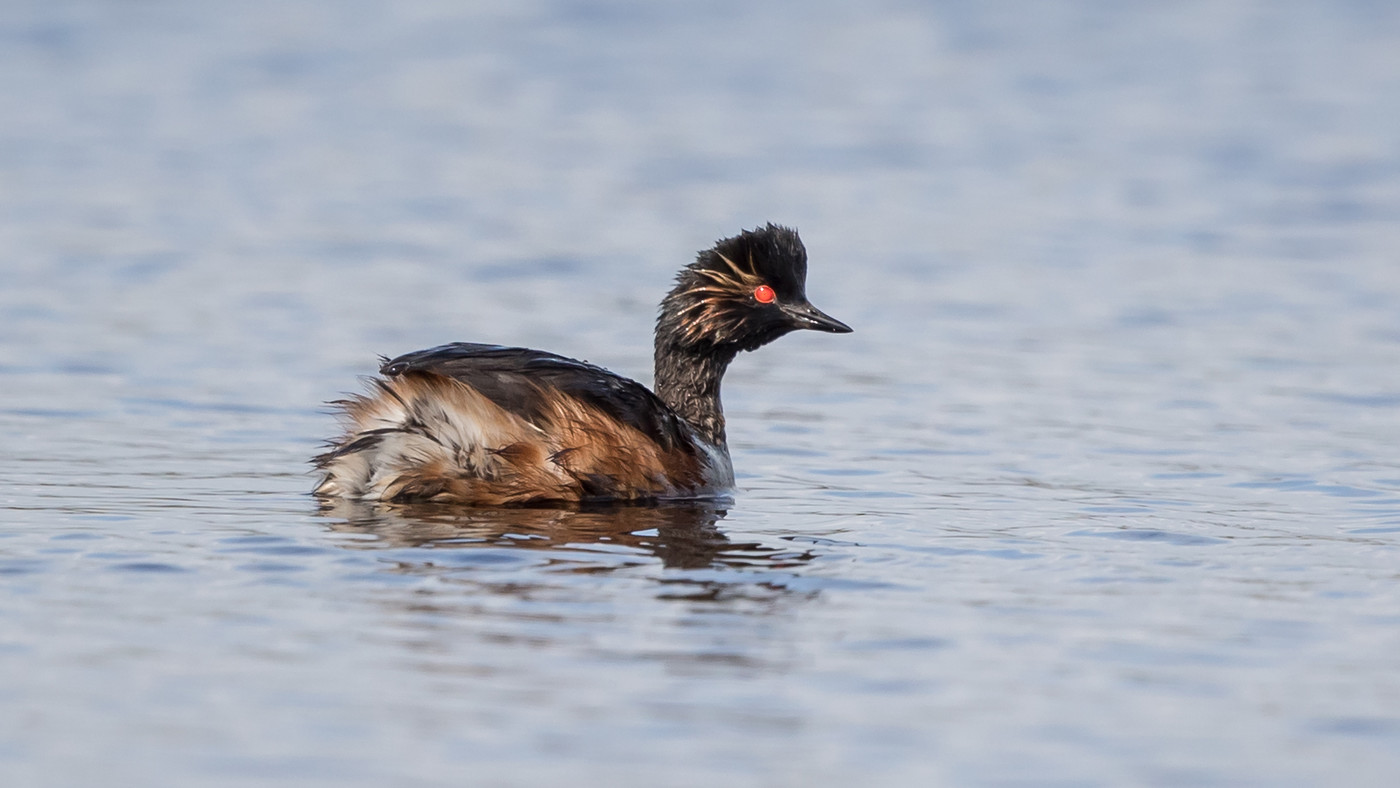 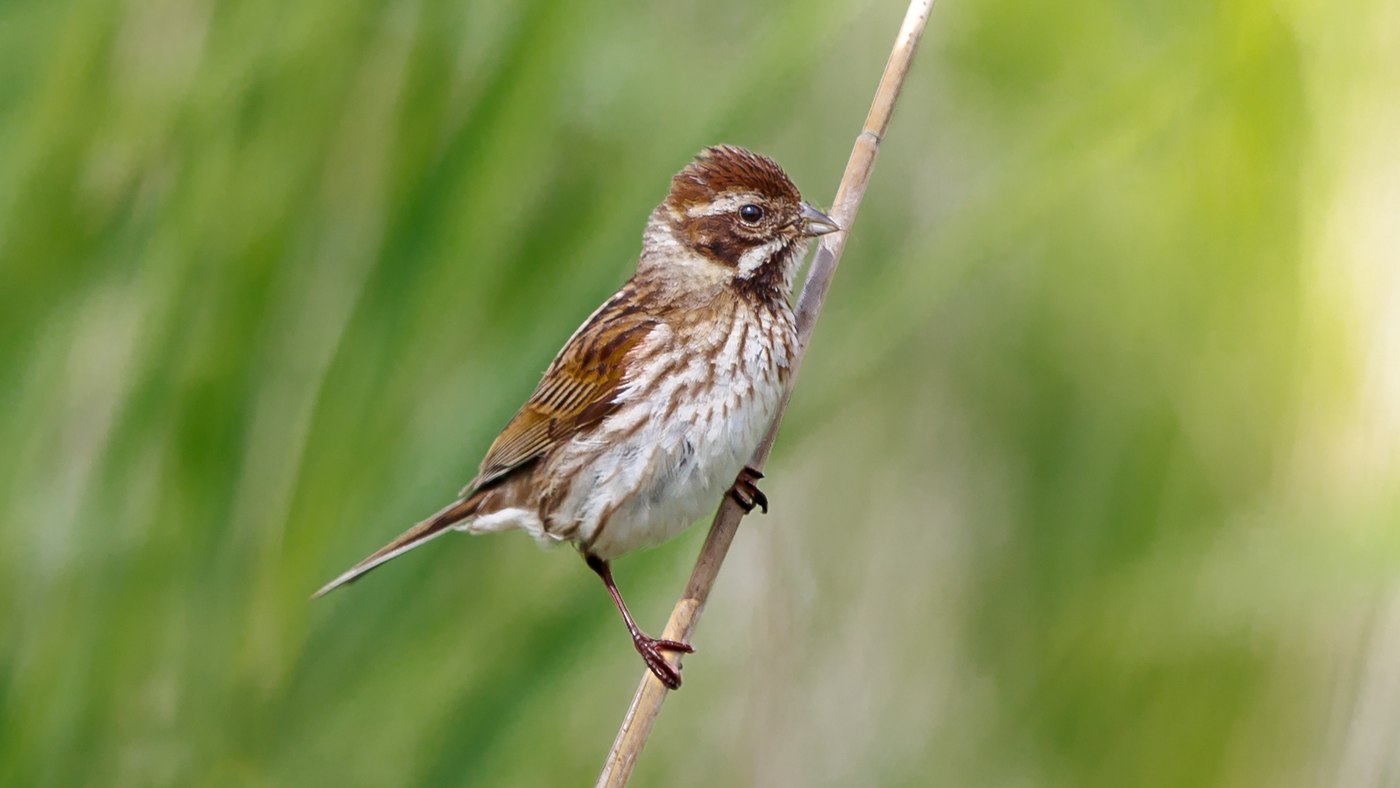 On April 1, a start was made with an Eurasian Eagle-Owl which was missing on my monthly list. The Kamperhoek remained relatively quiet but produced a lot of year species. The first real good bird came from the island of Texel. On April 10 a Fosters Tern was reported. We were birding in the province of Zeeland and after some doubt, we decided to drive to Texel. Upon arrival, the bird could not be found and a little disappointed we drove back to Uden. The next day he was reported again and now there was no doubt. Immediately we drove to Texel where we could list the Tern almost immediately at. The bird still counts for our Dutch list. A few days later a Western Subalpine Warbler was reported in Wageningen, which was easily put on the list. On April 22 came the report of a Moustached Warbler in the Ooijpolder. That's not a far drive for us and not long after the report we arrived at the spot. Of the bird was no trace and we decided to be present again early in the morning in the hope that the bird was still there. The next morning the bird started singing just after sunrise. A large crowd could list the third new species of Netherlands. April continued quietly and with a Citrine Wagtail the score stood at 240 species. 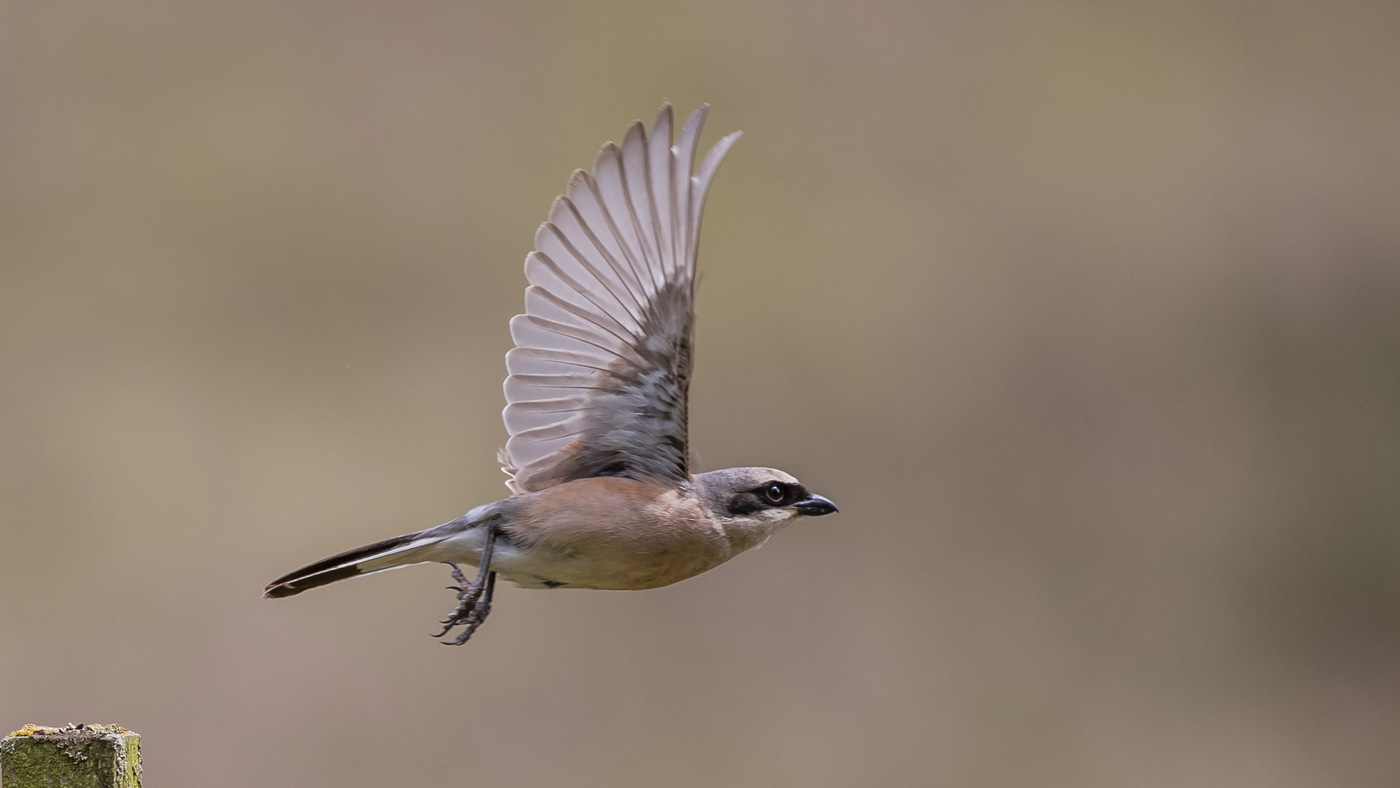 The month of May began with a report of a Balkan Wagtail on Texel, the fourth new species for the Netherlands. Because of my work, we had to wait until the weekend and on the day we were there the bird appeared absent. As a consolation we saw during the wait 2 Glossy Ibises and an European Bee-eater. The bird turned out really gone because it was never reported again. The first week of May we had perfect weather with east winds and migration sites did excellent. Because Maartje had never experienced easterly winds in May at the migration site at Breskens we did not attend the Kamperhoek. We were rewarded with a Red-rumped Swallow but left too early so we missed 11 Griffon Vultures. The next day we were at the Kamperhoek and migration was excellent. 23 Black Kites, 7 Red-footed Falcons, 5 Eurasian Dotterels and an unusually high number of 2590 Grey-headed Wagtails a great count. For a complete list click here. May continued to produce species and a Stilt Sandpiper on May 12 was for Maartje a new specie. On May 13 a Great Knot was reported on the island of Texel. We were birding in Friesland for the Top of Holland and had no chance to see the bird before dark the bird because of the distance. We decided to wait the next day for the message that the bird was seen again. It took almost all morning but when the message arrived there was no hesitation. Immediately the drive towards Texel was set in and a few hours later we were standing on a dike in the Wadden Sea at Texel. It was still quite exciting but ultimately we could also list the bird. We would actually stay with my aunt in Friesland but decided to stay on Texel. The next day a Thrush Nightingale was reported during the drive back to Uden at the Rijnstangen. A nice bird of which a detour was no problem. A Squacco Heron was done after work on May 17 and a Melodious Warbler in Limburg on May 20. We were well and truly home, and a Common Rock Thrush was reported. For Maartje a new specie and after a nervous ride it turned out that the bird was not in sight. Luckily he was found after a while. The last week of May was very good and species such as Little- and Baillon's Crake, Greater Sand Plover, Long-billed Dowitcher, River Warbler, and Griffon Vulture were noted. Eventually the counter stood at 281 species. 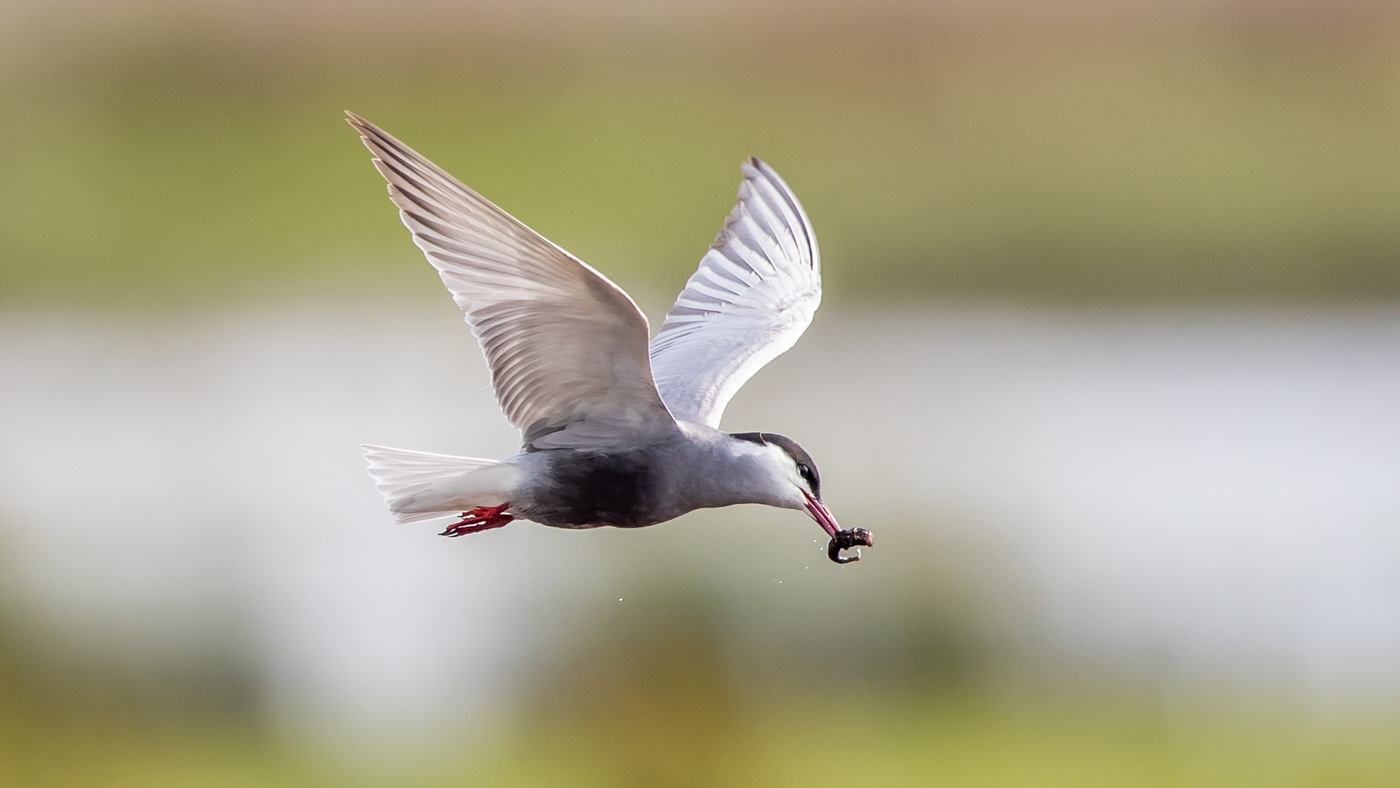 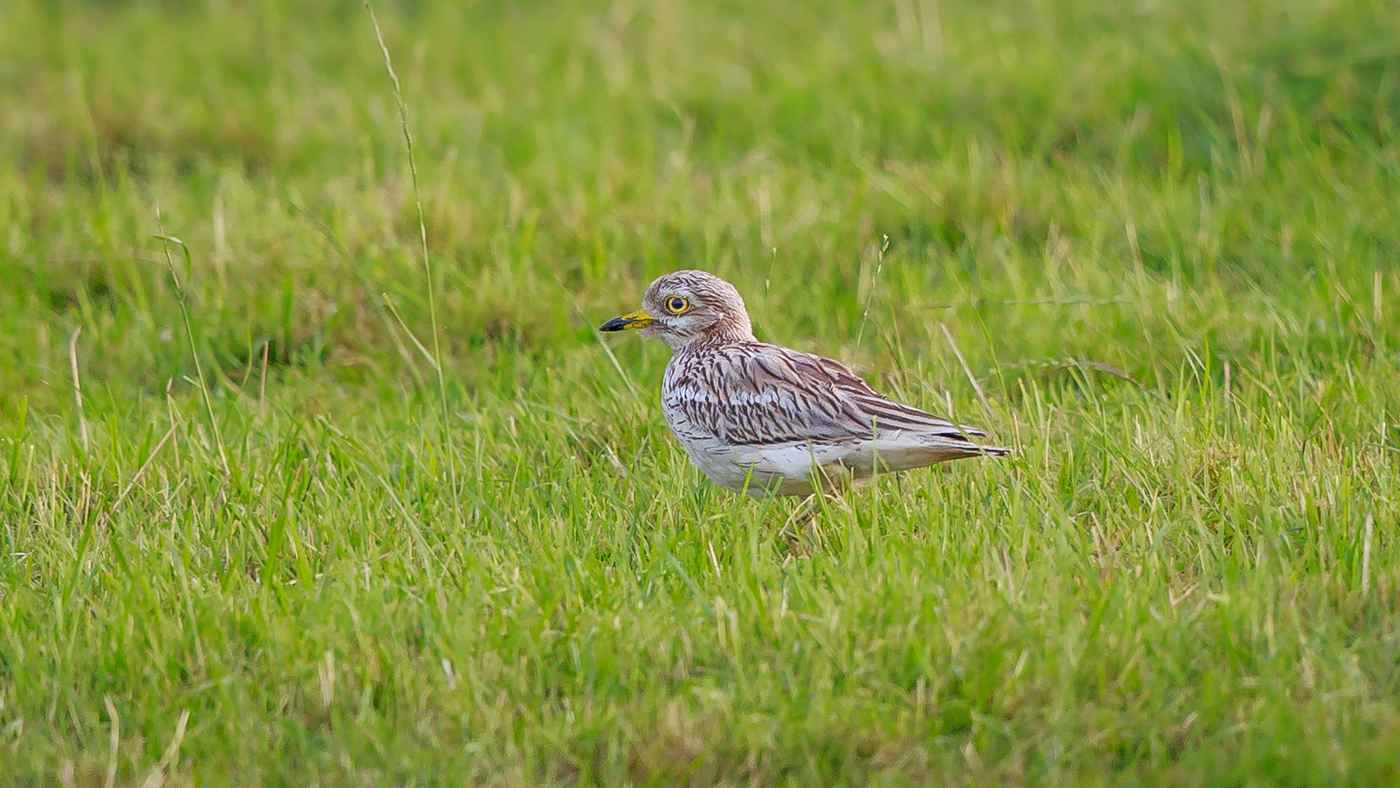 June started the first day with a Broad-billed Sandpiper we found ourselves in the Lauwersmeer. It was a normal month with some nice species. A displaying Blyth's Reed Warbler was beautifully seen on the island of Texel. We also had another Woodchat Shrike and Short-toed Snake Eagle. The counter stood at 292 and the 300 species appeared again within reach. 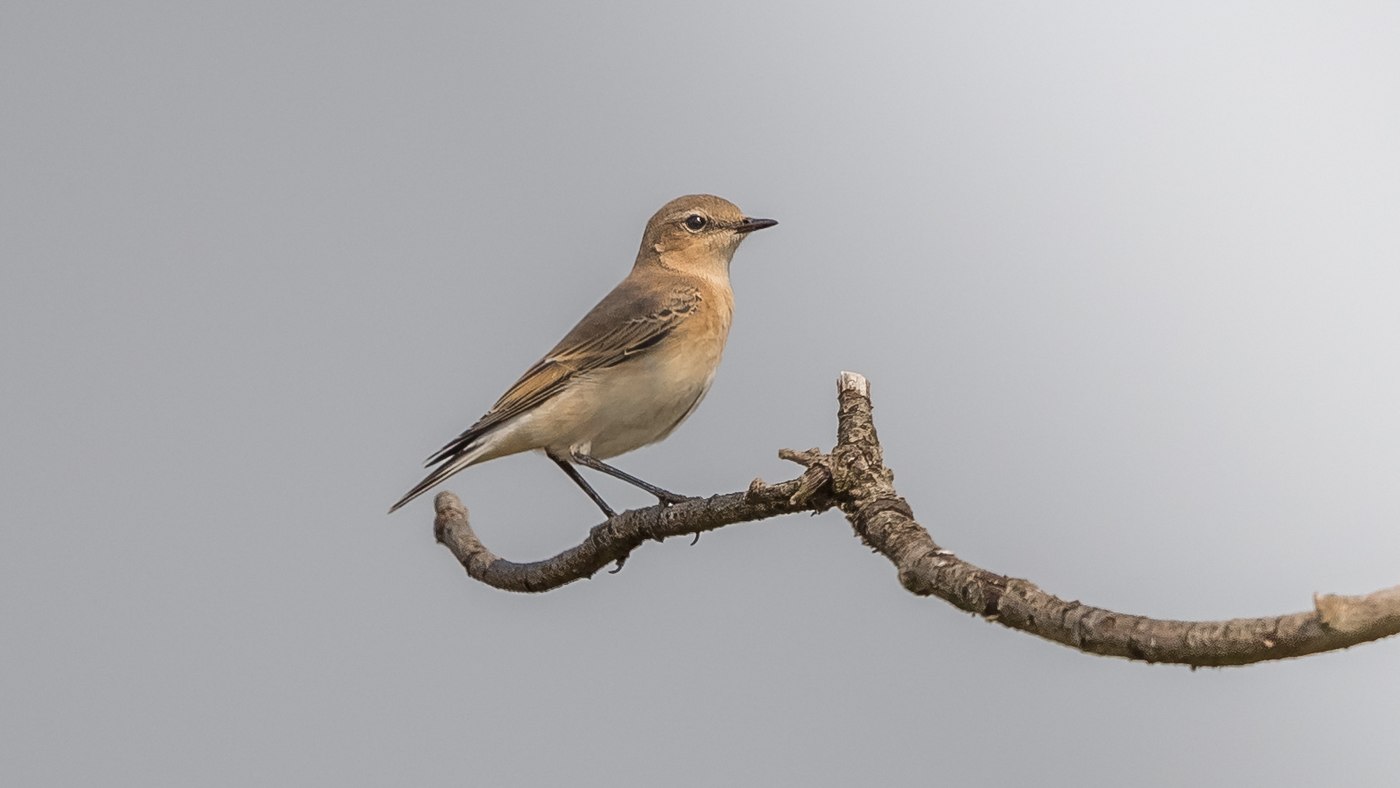 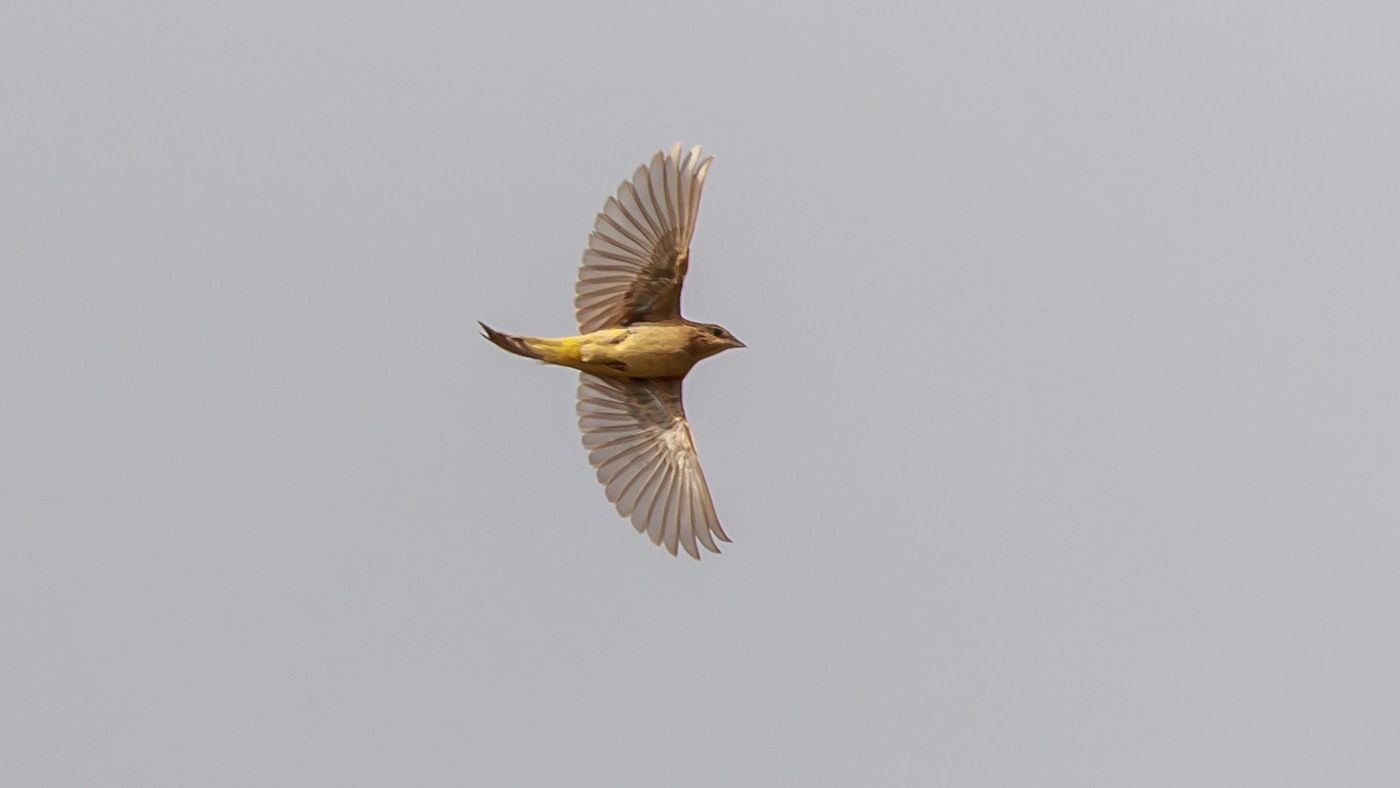 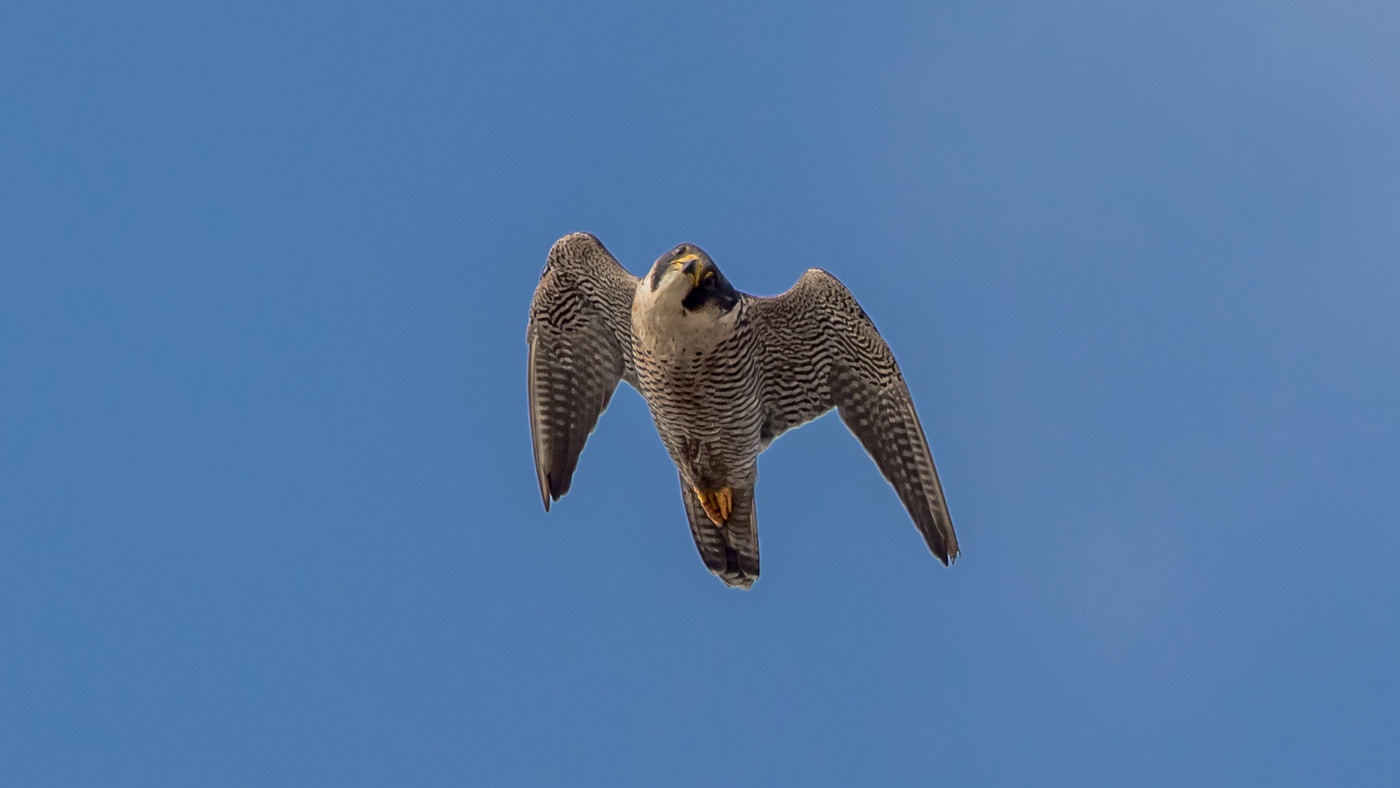 In the first week of July was quickly acted on a report of a Western Bonelli's Warbler at the migration site Maarnsche Berg. After much searching we could list the bird which also counted for the month list, and after us it was not seen again. The list could be supplemented with Red Phalarope, Pectoral Sandpiper, Gull-billed Tern and Buff-breasted Sandpiper. A Caspian Tern was number 300 of the year and the month ended with a Zitting Cisticola which set the list at 301. 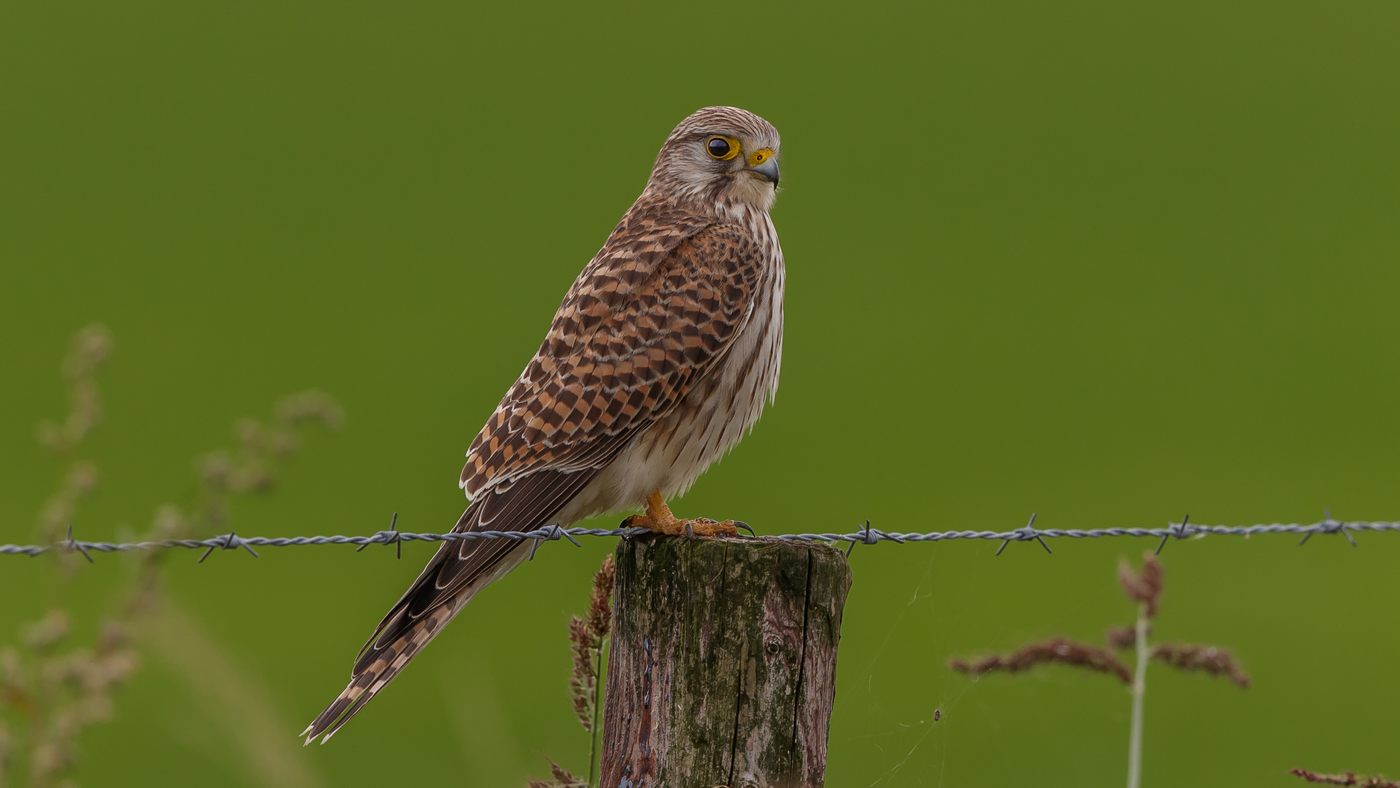 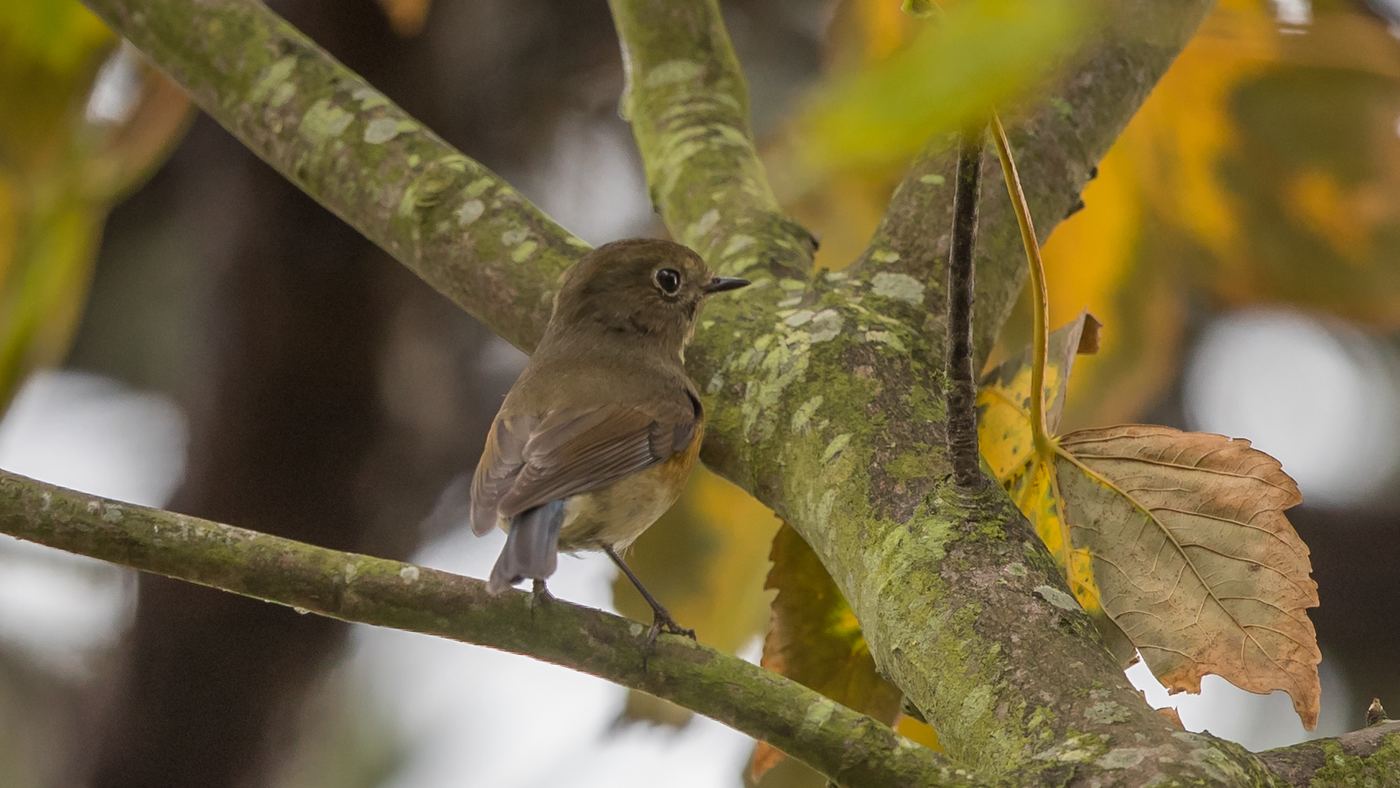 The month of August was now dominated by counts at the migration site Brobbelbies. A Pacific Golden Plover and Sociable Lapwing were twitched. The migration site yielded a Tawny Pipit and an Ortolan Bunting for the year list and the list stood at 306 species. 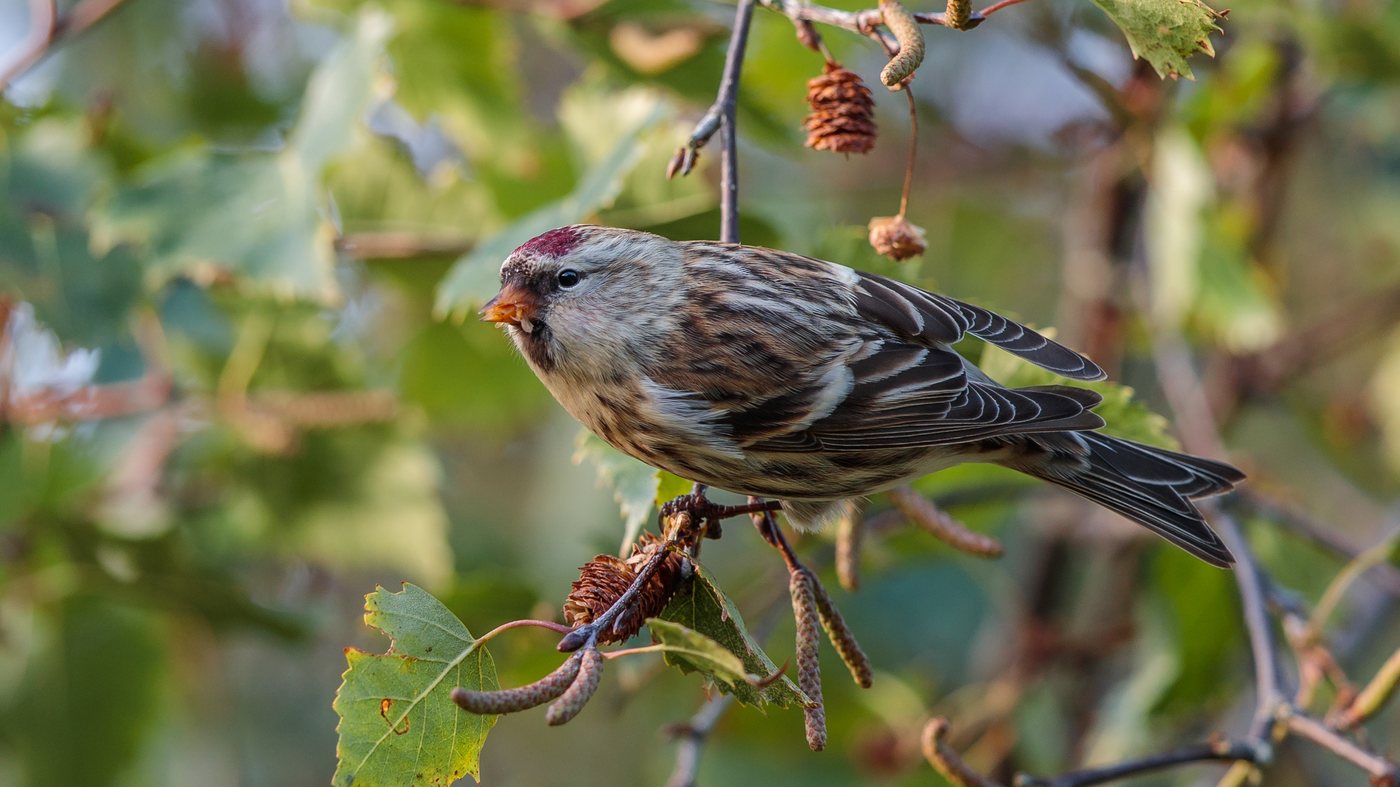 The month of September started well with a White-rumped Sandpiper on the second. Immediately on the third followed by a Black-headed Bunting, a bird that I have waited for a long time. Then it became quiet until a Baird's Sandpiper was seen on September 17. A Rufous-tailed Scrub Robin, the second for the Netherlands, had to be done on the Maasvlakte. A Marbled Duck which still counts for Maartje's list was visited near Tilburg at Huis ter Heide, the bird has not yet been accepted by the CDNA. The last days of September were dominated by strong westerly winds and we spent a few days on the island of Texel. This produced great numbers of Sooty Shearwaters and no less than 3 Balearic Shearwaters. We closed the month with 319 species. 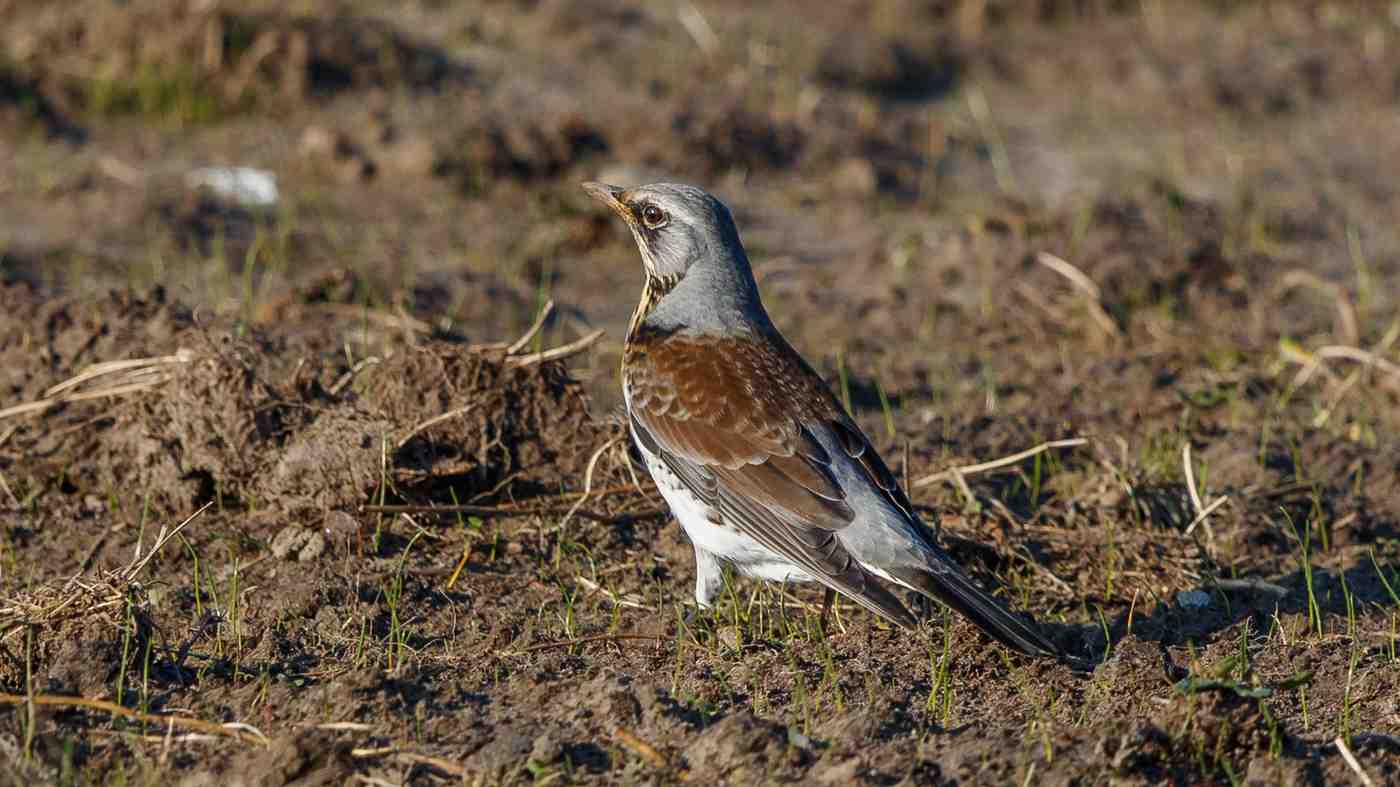 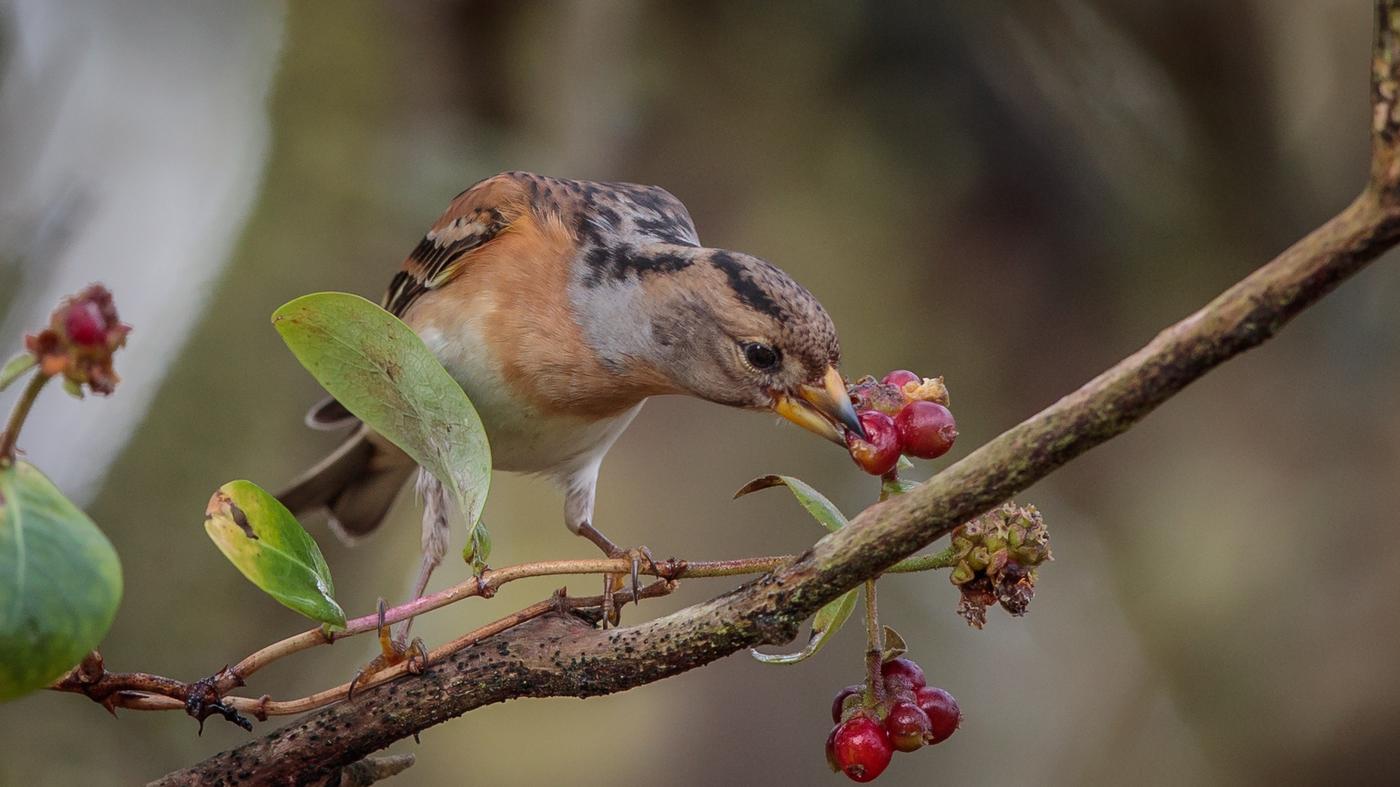 October started very quiet and the first new year specie was a Siberian Chiffchaff which was followed quickly by a Red-flanked Bluetail. Meanwhile, in the northern part of Europe a true invasion of Siberian Accentors took place, even Great Britain had a Siberian Accentor which was never seen before. Expectations in the Netherlands were high and on October 21 a bird was found at the Maasvlakte. After a few nervous hours in which the bird was nowhere to be found we could still mark him on the list. The Siberian Accentor is the fifth new species for the Netherlands in 2016. October was not over yet and on the 23th we saw an Eastern Crown Warbler which we had missed a few years earlier. This was only the second bird for the Netherlands. A photogenic Dartford Warbler was seen at the Maasvlakte and the month ended with a Pallas's Leaf Warbler which set the counter at 327 species. 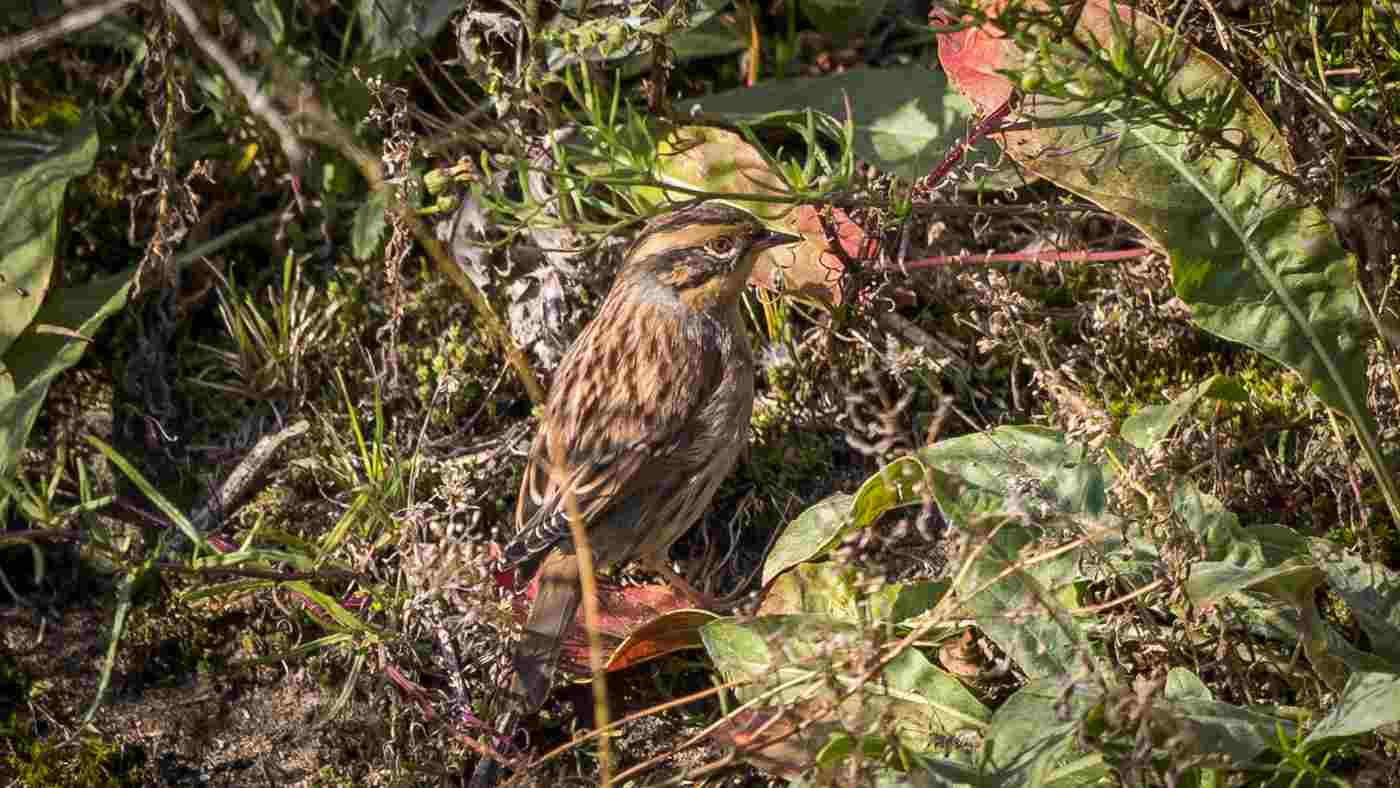 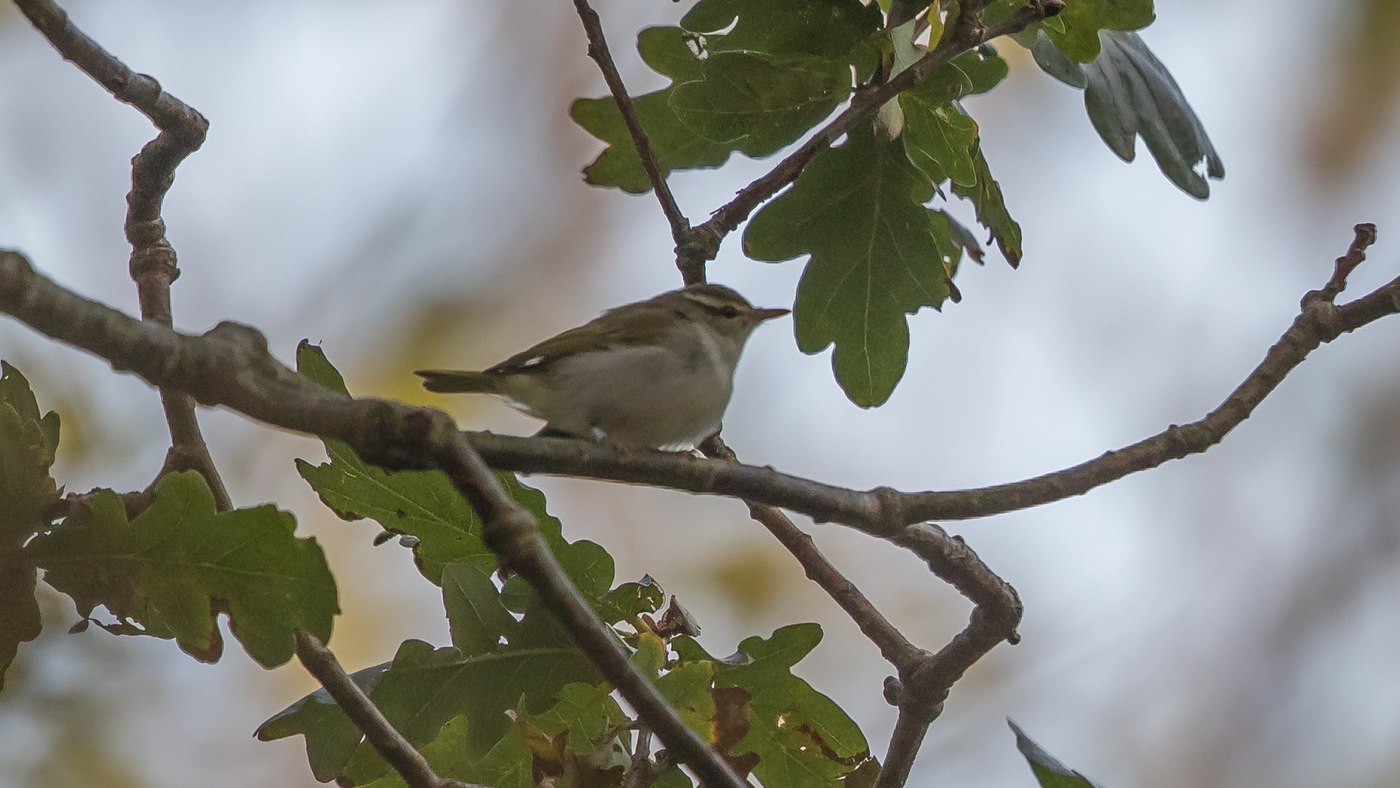 November started with a good invasion of Bohemian Waxwings and we saw a group of more than 40 birds in IJmuiden. On the same day we could list a Little Auk. With luck we saw from the Hondbossche Zeewering an Atlantic Puffin fly by at short distance. On November 14 we left for Ecuador but first a Dusky Thrush was done in Beijum, Maartje unfortunately missed this bird. The trip to Ecuador lasted three weeks and then 8 more days were spent on the Galapagos Islands. A magnificent trip and as many as 745 species were seen, many of which are new to the world list. November ended with 331 species for the Dutch year list. 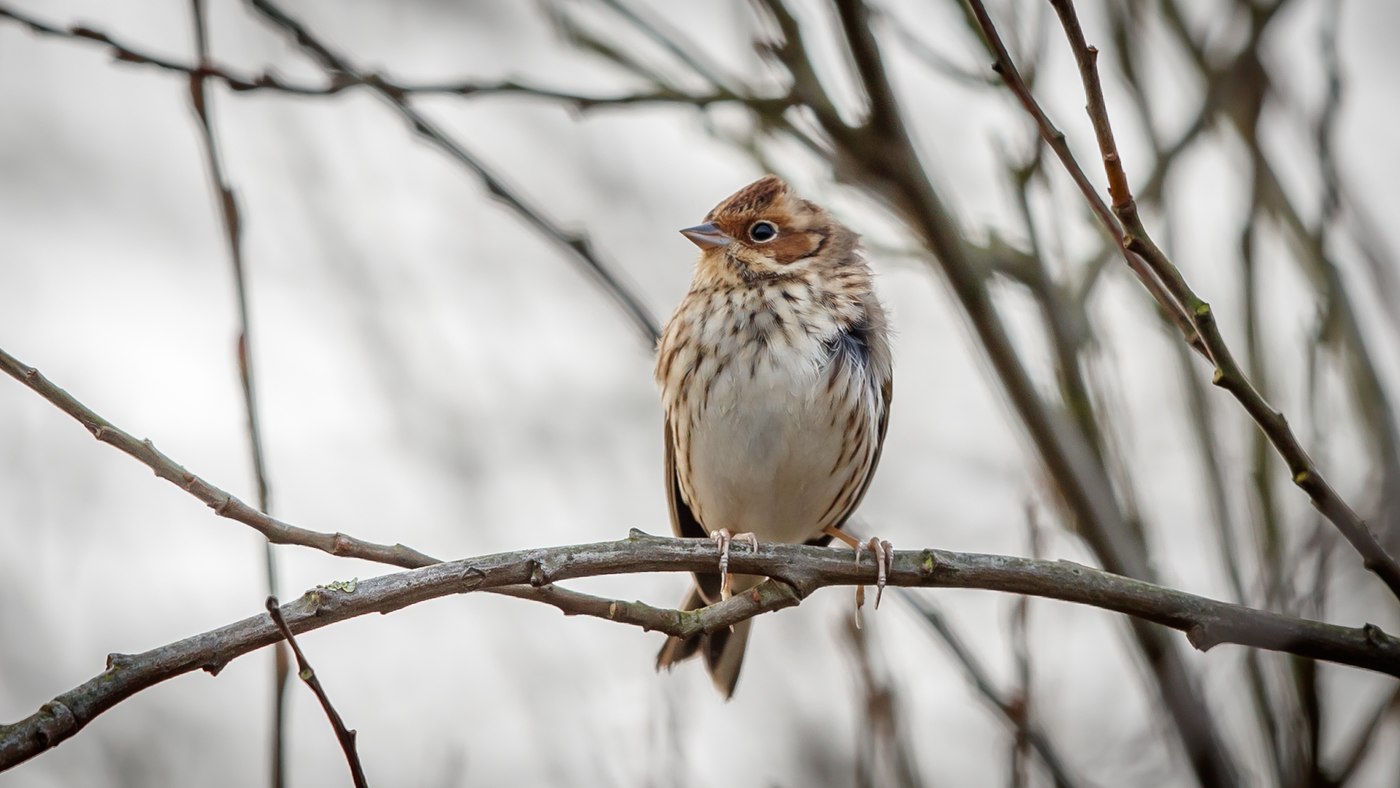 Halfway December we arrived back at the cold Netherlands. An overwintering Pallid Harrier was done for the monthly list but otherwise there were no more new species for the year list. On December 31 the year ended with two new species for the month list, a Pacific Golden Plover and just before dark a Red Kite. The annual list stood for both of us at 331 species, I miss a Short-eared Owl which Maartje had at the Brobbelbies and unfortunately she lacks the Dusky Thrush. What birds concerned, it might be the best year ever. Besides the high number, we still lack simple species like Richard's Pipit, Great Skua, Leach's Storm Petrel, (me) Short-eared Owl, Terek Sandpiper, Eurasian Hoopoe, Red-breasted Flycatcher, Barred Warbler, Sabine's Gull, Aquatic Warbler and Rosy Starling. Species that we actually have on the list every year. This for me is the tenth year in a row that I score over 300 species in the Netherlands and therefore a bet is secured. Also for the month list we did very well. Following is an overview of the new species for the Dutch list:

The following is a summary of the lists we hold after 2016:

Next year another attempt is made for the 300 species and we will definitely make a trip abroad.