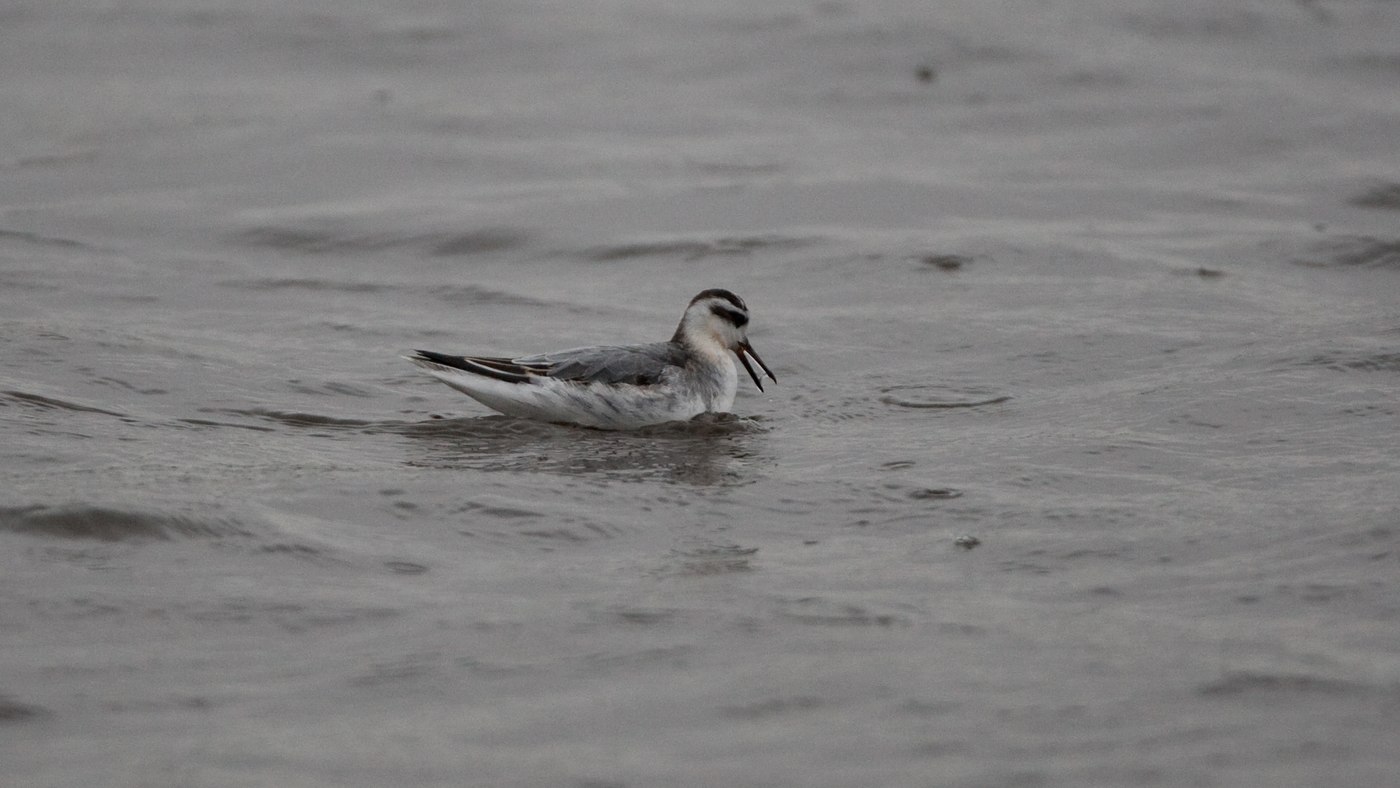 In Leidschendam all week a Red Phalarope was reported all week. I do not have this bird on the year list so a visit was scheduled. Jan Verhoeven, Koen Rovers and Luuk Wassenberg wanted to join me so it was agreed that at seven in the morning we would leave. Alwin also came along and he drove straight to Leidschendam.

When leaving Uden it was raining heavily. We stopped en route to refuel and coffee. Upon arrival in Leidschendam it was still raining hard. My route planner had great difficulty finding his way and eventually Alwin showed us the right way. The Red Phalarope was already reported by mail. We arrived at the Starrevaart and the walk to the hut was accompanied by rain. We were just in time for the Red Phalarope (308) because he was feeding right in front of the hut. The bird swam a few feet past the cabin and there were great photo opportunities. Alwin did not bring his camera so he ran back to the car. During his absence the bird flew up and landed a few hundred yards away into the water. 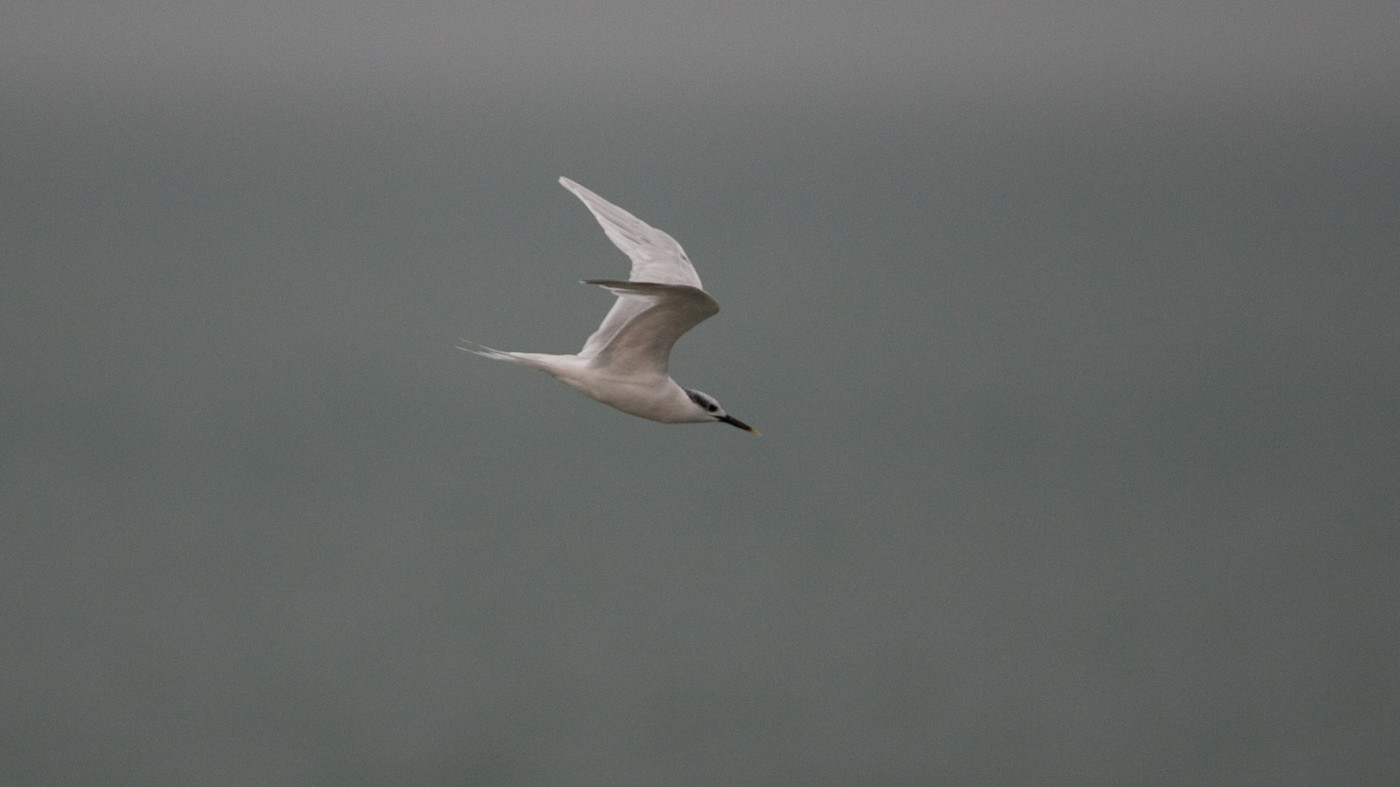 When Alwin came back we could see the bird anymore. However, a Bittern was found instead and posed nicely. Furthermore we saw 9 Red-breasted Merganser and this is a good species for inland. The rain radar indicated that a significant shower hung in the southwest of the Netherlands. It was only in the dry in the north of the Netherlands. Anyway, it was decided to drive first to Hoek van Holland for the House Crows and then to Stellendam for the Desert Wheatear. These are two new species for Koen and Luuk. Around 9.30 am we arrived at the port of Hoek van Holland. The rain was flowing from the air and we found a House Crow in the shelter of a canopy of a boat. After some search we saw a few other House Crows. Because the rain it made no sense to take pictures so we hurried away. 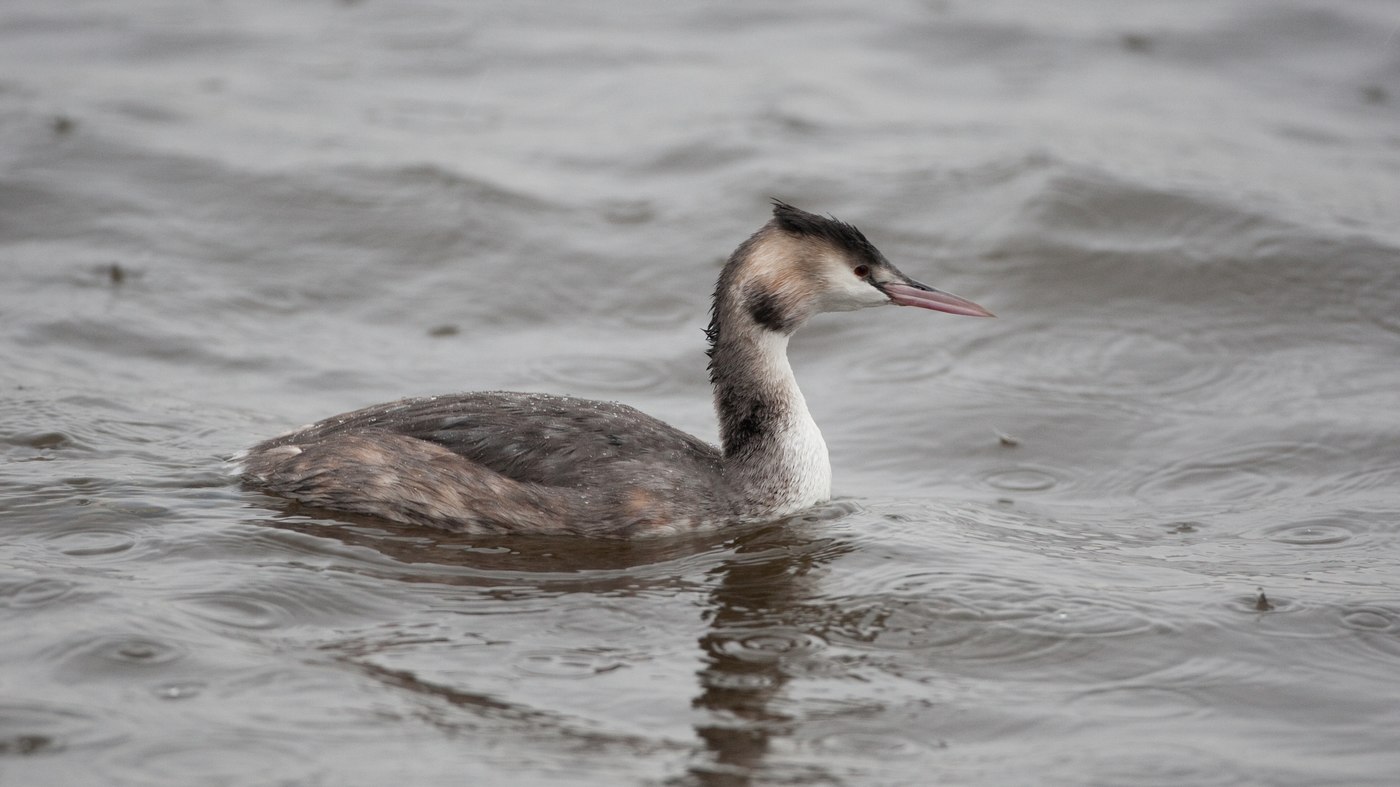 As we approached the Haringvliet the air cleared and it was dry. Like yesterday at the entrance of the port we immediately saw the Desert Wheatear. Again the bird was very photogenic and again a few nice pictures were taken. During the photo session 2 Lapland Longspur flew over. Also some groups of Skylarks flew over. A sign that, despite the weather the birds were still migrating. Next stop was the Brouwersdam. The rain was back so it was birding from the car. Here we noted the following species: Purple Sandpiper, Red Knot, Red-necked Grebe, and Sandwich Tern. We drove to the Prunje Polder and it was full of birds. Golden Plovers were particularly abundant. It seemed that the flood was coming in because large groups of wading birds flew over us to find a dry spot in the Prunje Polder. These were mainly Bar-tailed Godwits, Grey Plovers, Dunlins, Oystercatchers and Knots. There were literally thousands of birds, a beautiful sight.

Next stop was the Middelplaten at the Veerse Meer. Again it was full of birds. Large numbers of Bar-tailed Godwits, Grey Plovers, Dunlins and Knots. Furthermore, some Ringed Plovers were found. The platen were searched intensive but we could not find anything special. It was now nearly four o’clock and the light began to diminish and the temperature decreased rapidly. We decided to drive back home. The daylist was made up and we saw 86 species today.