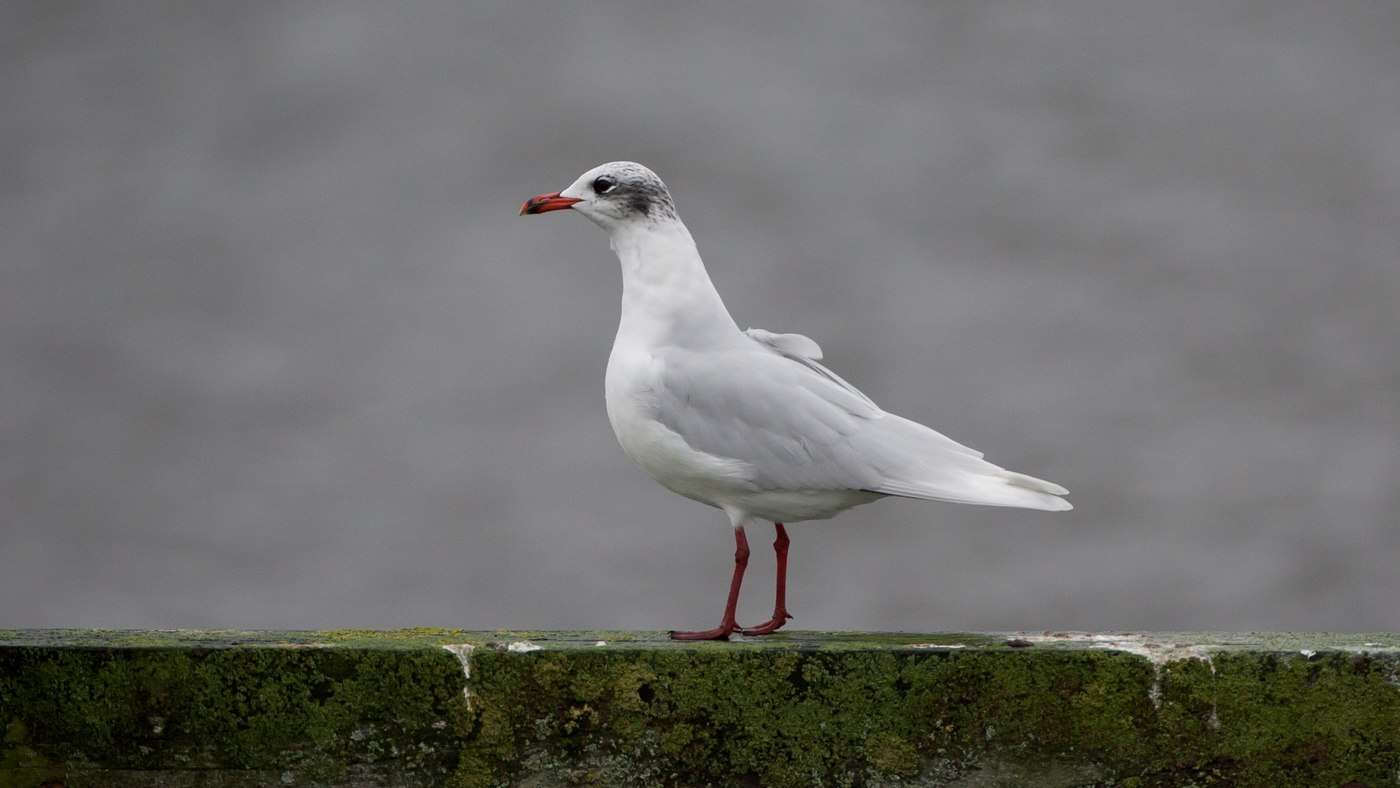 A new year and according to tradition we held a Big Day on New Year's Day. With a smaller team than in previous years, we opted again for the province of Zeeland. At 7.30 I agreed with Alwin to meet him in the village of Made from where we drove further in one car.

My alarm went off at 6:30 and I was still a little dazed from a few hours ago. I kept it quiet during the celebration but a few hours of sleep does me worse off than before. After a few minutes I received an SMS from Alwin that he was already on the way. The ride went smoothly from Uden to Made despite the rain. Around 7.15 we, after the New Year wishes, took of in my car and drove to the Axel where we wanted to start the Big Day. In Made we recorded at 7.19 pm the first bird of 2012, a Blackbird!

Axel is located in Zeeuws Flanders and here sits a Cattle Egret for a while now. The bird sits in a little nature reserve where I had already been one week earlier. Here are some good species to score that's why the choice. This is the first time we have Zeeuws Flanders in the route so we were curious how it would come out. At dusk we arrived at the nature reserve and the car was parked at the same place as last week. It was now waiting for the Cattle Egret to appear from his sleeping place. While waiting, we could already write down the first birds: Greylag Goose, Carrion Crow, a Reed Bunting calling, Wren, Gadwall, Mallard, Teal, Wigeon and Cormorant. The first Great Egrets, who also sleep here, appeared. A group of White-fronted Geese flew over. A Water Rail calling was very welcome and not expected. It was now 8.30 pm and still no Cattle Egret. However we noted Magpie, Canada Goose, Grey Heron, Buzzard, and Robin. At 8.40 o'clock suddenly the Cattle Egret flew in. The bird landed near the present horses but quickly flew away to the north, the first red species of the year is in the pocket.

We did not leave the area yet but made a brief walk through the woods. That gave the following species: Short-toed Treecreeper, Common Wood Pigeon, Blue Tit, Great Tit, Stock Dove, House Sparrow, Chaffinch, Starling, Song Thrush, Greenfinch, Jay and Long-tailed Tit. On the walk back the lake was properly inspected and a Shoveler, Tufted Duck and Shelduck were credited. A Smew swam at distance and was very welcome. We were still not in the car and the species kept coming. A Water Pipit flew over and this was also true for 4 Little Egrets. Furthermore, we had a Eurasian Collared Dove, Common Gull, Eurasian Curlew, Black-headed Gull and a Kestrel. Major failures were the Marsh Harrier and Stonechat, these species I had here last week and I had certainly expected them today.

We were now on to the Autrichepolder at Westdorpe in the hope of a Gyrfalcon who is seen here sometimes. The Gyrfalcon was not found but instead the following species: Eurasian Coot, Northern Lapwing, Herring Gull, Mute Swan, Eurasian Oystercatcher and Grey Partridge. It was now 9:30 and we drove on to the Sophia Polder in the hope of a Red Phalarope who was reported here yesterday. We made a stop at the Braakman but before we arrived we could credit a Rook. The Braakman delivered us Black-tailed Godwit and further Common Goldeneye, Little Grebe, Redshank, Spotted Redshank, Great Crested Grebe and a remarkable courting Meadow Pipit. The Red Phalarope was not present but a male Merlin compensated somewhat. The Sophia Polder provided further the Barnacle Goose, Common Pochard, Common Snipe and Common Moorhen. Unfortunately, the Snow Goose was not found and there were no Bewick's Swans.

We drove on to "De Blikken" and the always present Little Owl was almost immediately found here. This area also expanded our list of the following species: Fieldfare, Hen Harrier, Avocet, Lesser Black-backed Gull, Eurasian Sparrowhawk, Green Woodpecker and a Green Sandpiper. We also expected a Goosander but the bird was not found. It was now 11 o'clock and time and time to leave Zeeuws Flanders. Not much later we drove into the Westerschelde tunnel and the list was filled with 71 species. We were both pleased with this score. The first target was the Mediterranean Gull in the channel at East-Souburg. The bird was quickly found and there were even a couple of shots taken. Next destination was the Pietkreek at the Veerse Lake. Along the way we wasted some time with a search for a Common Greenshank who was not present. At the Pietkreek we manage to get a Eurasian Woodcock every year and also succeeded, after a long search, this time. We were pleased with a Kingfisher and we also scored a Goldcrest and a Red-breasted Merganser. An inspection of the Middelplaten gave the following species: Dark-bellied Brent Goose, Dunlin, Common Ringed Plover, Red Knot, Bar-tailed Godwit, Great Black-backed Gull, European Golden Plover and Grey Plover. In the village of Wolphaartsdijk a Dunnock was credited.

Near the village of Wilheminadorp there were Short-eared Owls reported and we wanted to have a go. We parked the car on a dike where the birds were reported and without much expectation we got out of the car. Alwin slammed his door and almost immediately three Short-eared Owls flew away at the bottom of the dike, that was very easy. Next destination was the Greater Yellowlegs at Colijnsplaat. The bird was found quickly and we drove on to the Veerse Dam. At 13.40 we scored a Black-necked Grebe, number 89. At 14.07 o'clock we drove to the Oosterscheldekering and a Rough-legged Buzzard was hunting and eagerly noted. A Glaucous Gull who sat at Neeltje Jans for a while now was the next goal. After the short walk the bird was quickly found. Also present was a weakened Great Skua which was a bonus. The bird was very tame and we both regretted that we left the cameras in the car. We hesitated a moment to walk back but time was running out. Back at the car we could save Wietze for the same mistake made by us. In the Roompotsluizen-buitenhaven a Little Gull flew close to the car and a present Guillemot was welcomed. In the Roompotsluizen-binnenhaven were 4 European Shags found at a buoy. The drive back to the N57 resulted in a Redwing. 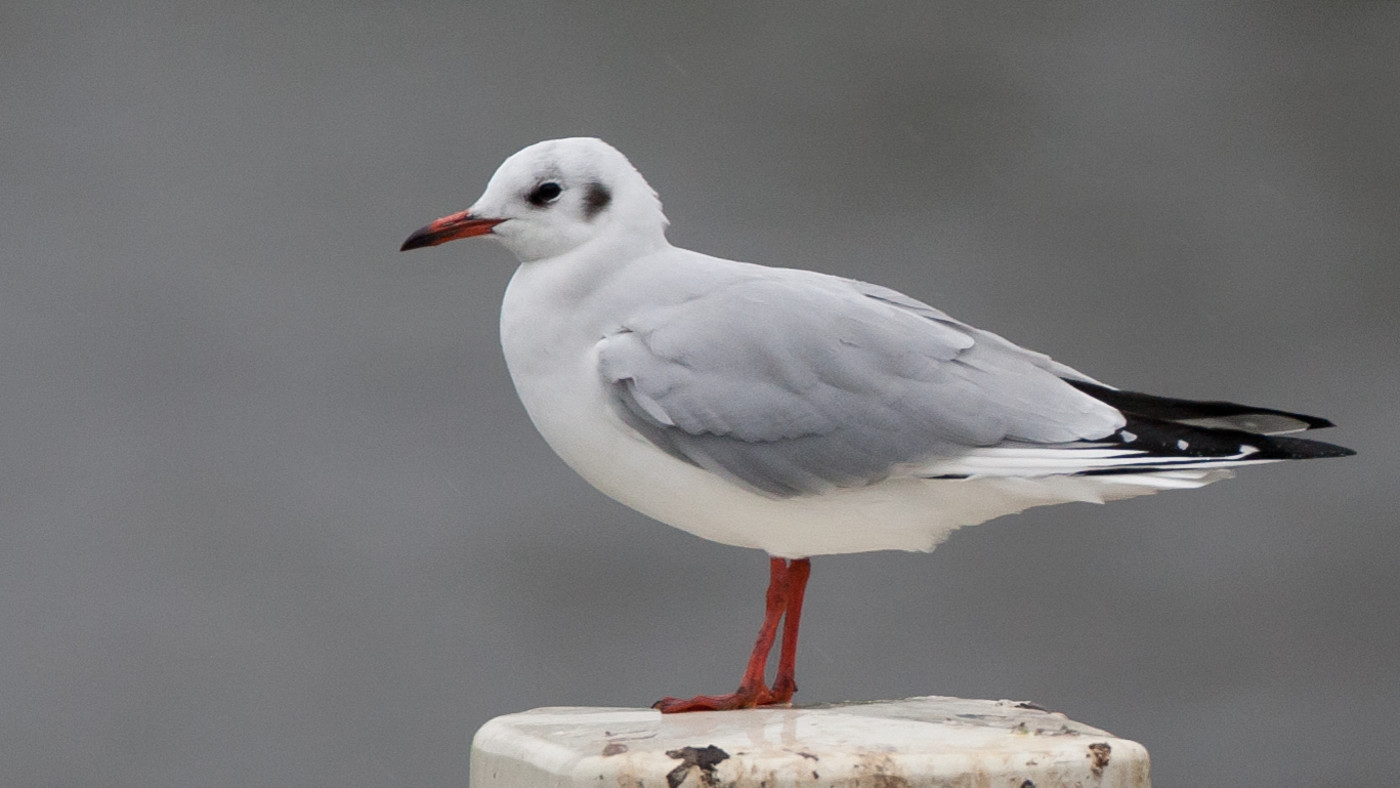 Neeltje Jans was absolutely not wrong and we drove on to the polder Burgh and Westland, where a Common Crane sat We wasted a lot of time here because the bird was not at the expected place. Fortunately, a birdwatcher pointing us the right place. Again we lost time with a Black Brent who was pointed out by Wietze and we did not found the bird. In the Prunje Polder we found a Spoonbill quickly and a group of Ruff was found thanks to a visit to the Internet. After some search in Brouwershaven we found a small group of Bewick's Swans and among them were 3 Whooper Swans. Here we could also write down a Tundra Bean Goose. It was now 15.20 pm and time to drive to the Brouwersdam. It rained now heavily and the visibility was greatly reduced. It was very quiet at the Brouwersdam and we had to work hard for the species. A Red-throated Diver and a Horned Grebe was seen. At the Spuisluis sat on a short distance the only Common Scoter. A Common Eider (also one) could be credited. In the harbour on the north side Ruddy Turnstone and Purple Sandpiper were listed. Big miss was a Sanderling which we always see here.

After a count the list stood at 107 species and we have thus reached a new personal record. It was now 15:45 o'clock and there was still enough time for the journey to Stellendam for the Iceland Gull. It was raining harder now, and the visibility was further reduced. At Stellendam we were on the wrong side of the harbour, but saw across the Iceland Gull closed to the bank, specie 108 was in. We drove to the other side and present birders told us that the bird had flown away. We had some luck on our side again. There was still time left and we drove to the Grevelingen Lake with a failed attempt for the Sandwich Tern who was reported here today. It was now dark and we decided to return to Made. No new species were seen on the way but we were already satisfied. Next year we will be back!