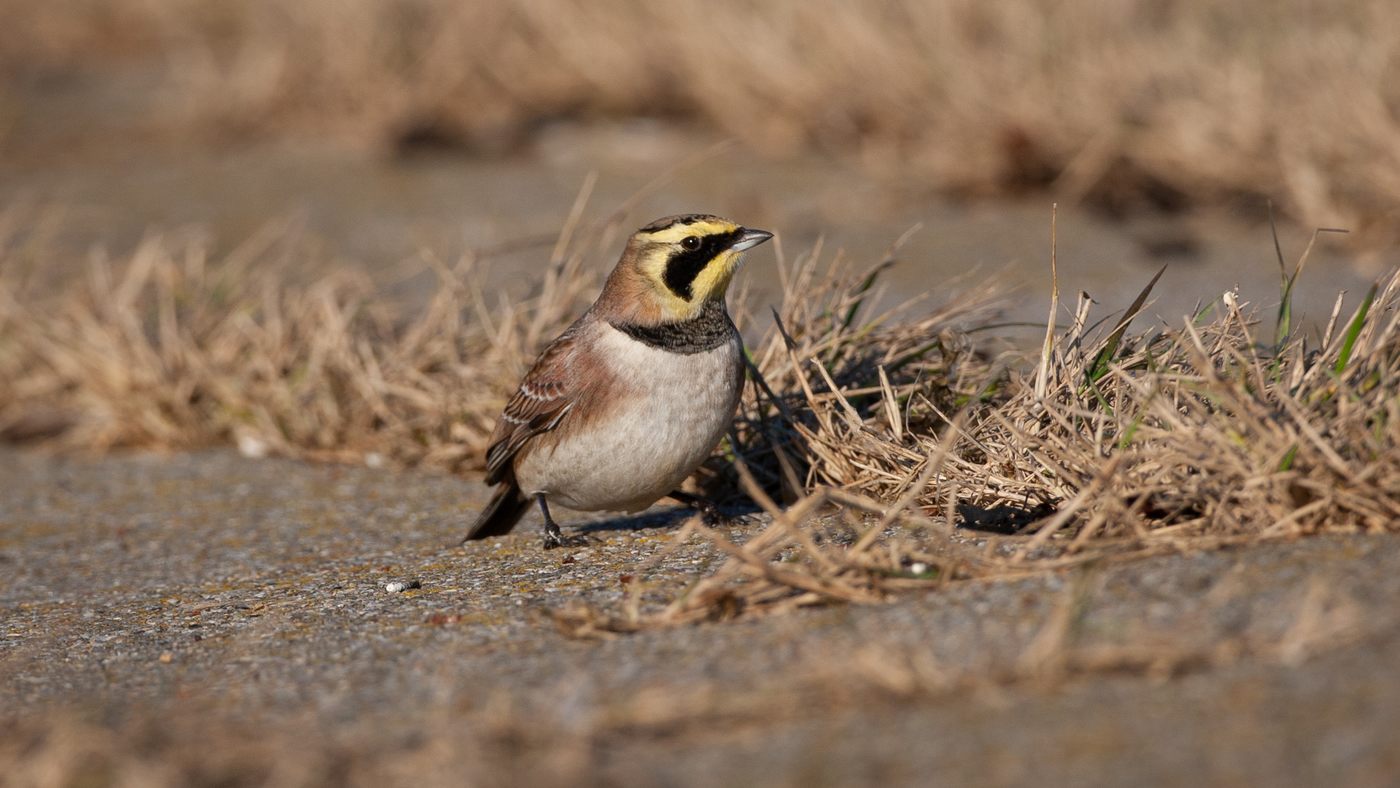 After some research on the internet it seemed the best option today for a tour for the Bufflehead and the House Crows. We could visit the Lesser White-fronted Geese near Strijen and then head towards the province of Zeeland. 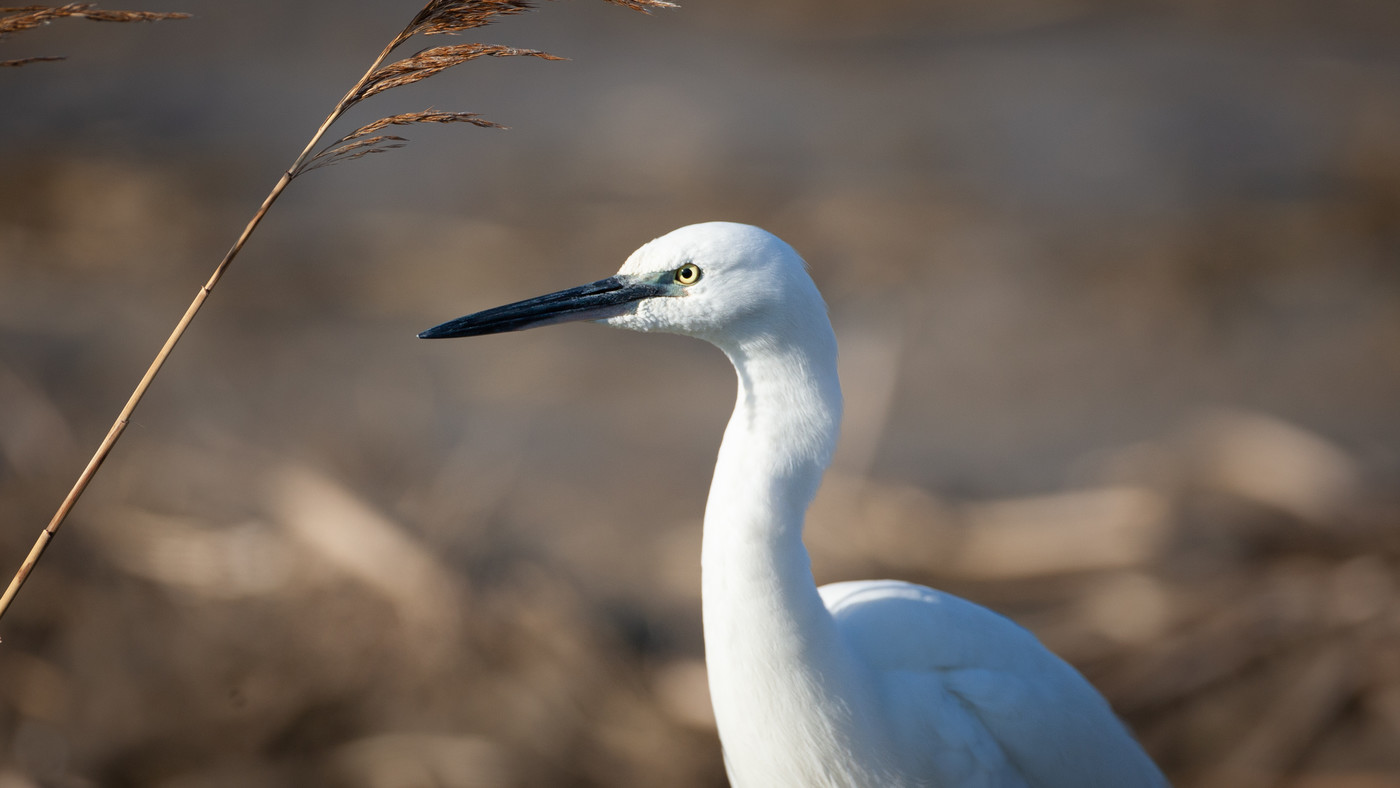 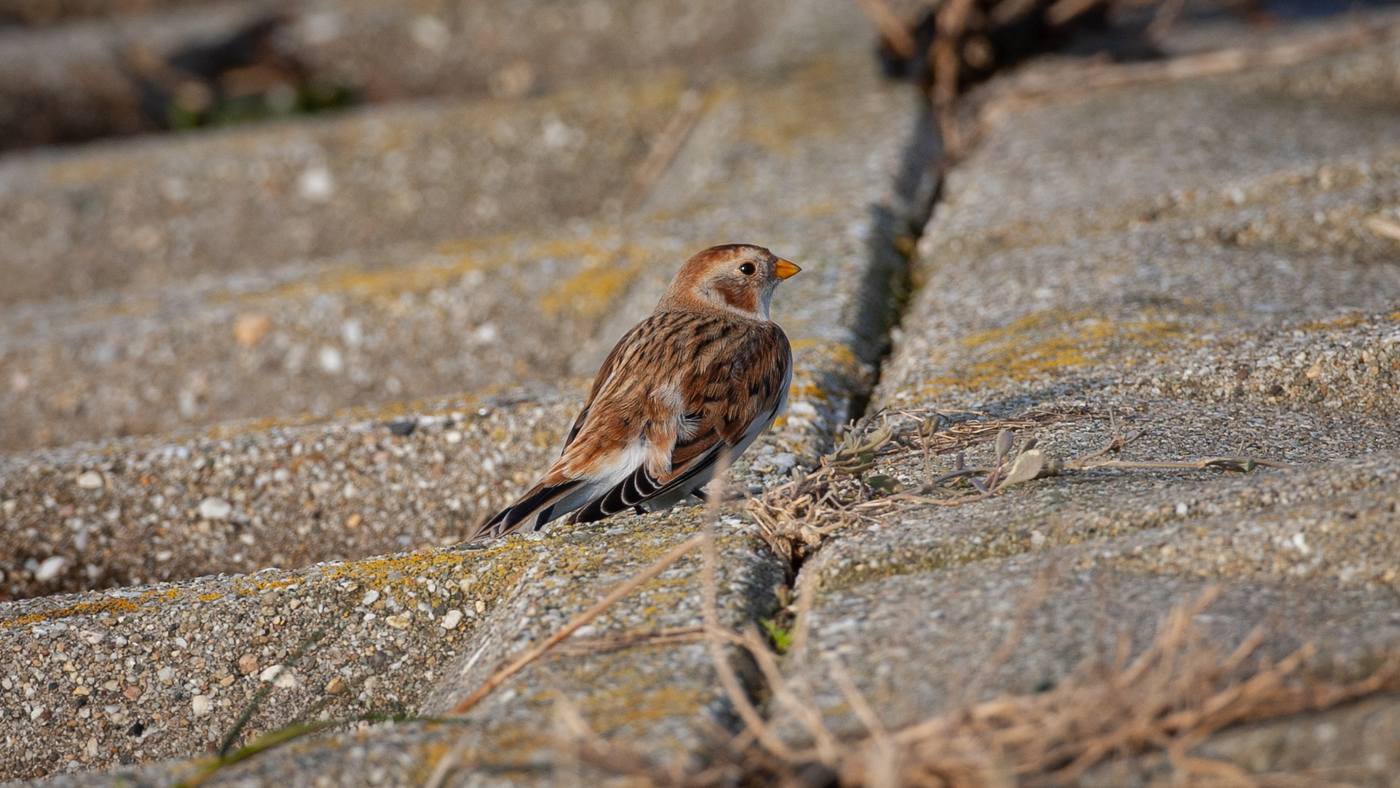 At 7 o'clock in the morning with Jan Verhoeven, Luuk Wassenberg and me of course we drove on the A50 towards Barendrecht. We arrived here in the twilight and had to wait for enough light. There was heavy overcast so it took some time for the first glimpse of Ducks on the water was visible. Finally there was enough light and it was not long before we had found the Bufflehead. Next stop was the polder Strijen for the Lesser White-fronted Geese. We had quite a search here but did eventually found 11 Lesser White-fronted Geese. The trip went to Hoek of Holland for the House Crows. On arrival at the port the House Crows were not seen. This soon changed when we got out of the car. The House Crows came flying and it seems that they are regularly fed witnessed their behavior. 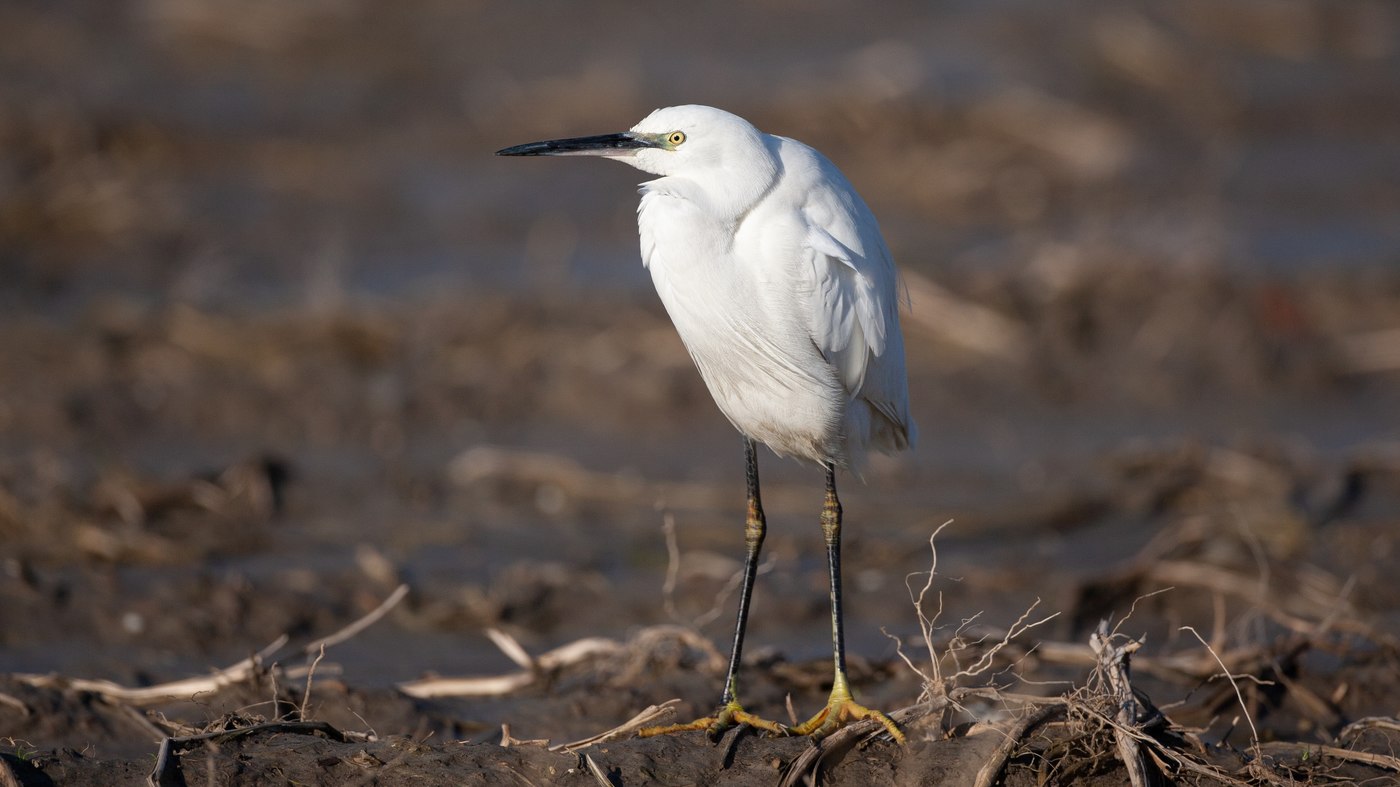 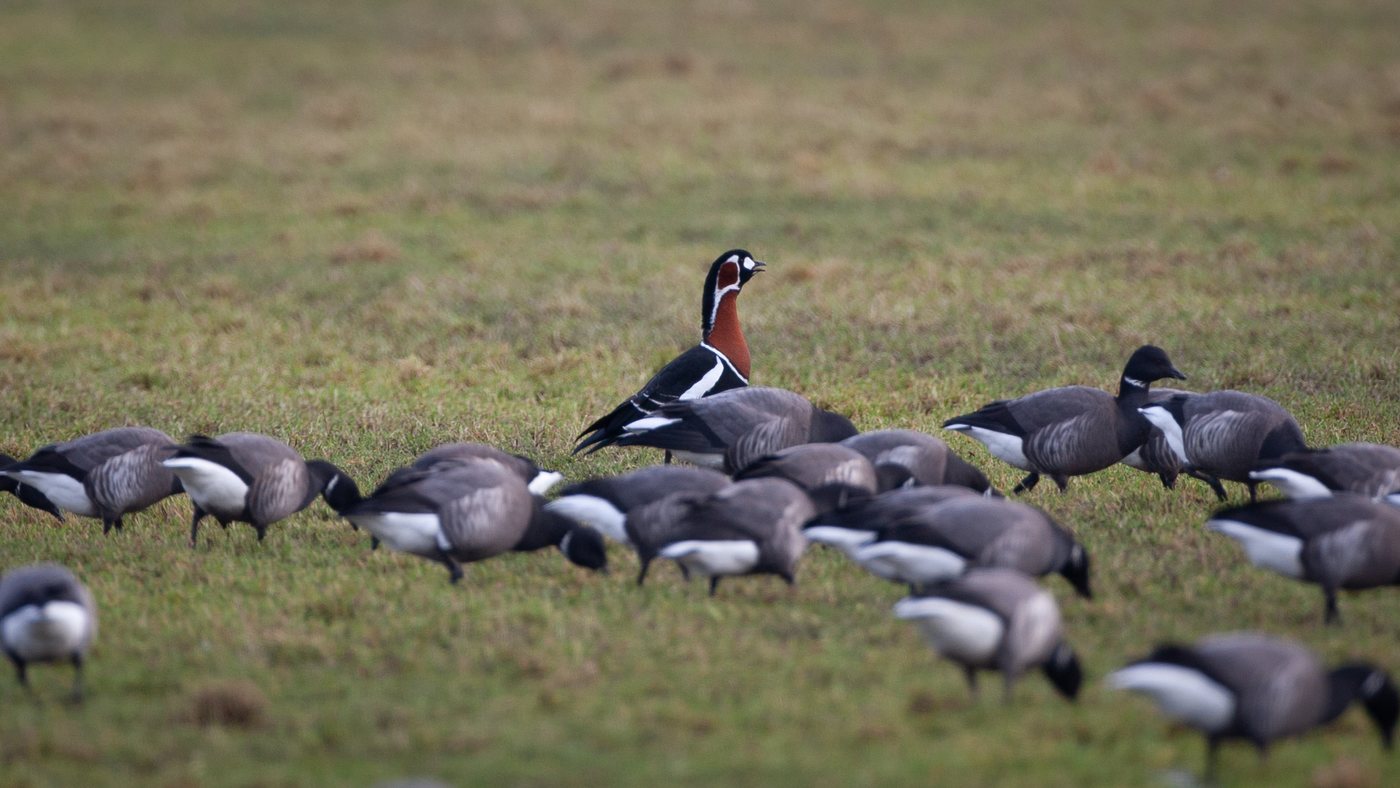 We drove farther towards the Oostvoorne Lake, a place where sometimes Divers and/or Guillemots are seen. We found a lot of Little Grebe and a hunting Goshawk, but otherwise it was very quiet. We left the Province of Zuid-Holland and drove over the Haringvliet into Zeeland. Not much later we drove on the Brouwersdam. There was a south wind, so the expectations were not very high. A group of Knots were found but otherwise there were not many wading birds. On the water were a number of Red-throated Divers and a few Slavonia Grebes but otherwise it was very quiet here. At the Prunjepolder a Red-breasted Goose was reported and was almost immediately found between the Brent Geese. At the Stolpweg a Short-eared Owl was present but we could not find the bird. Well did we saw a Hen Harrier and there were nice pictures taken of a Little Egret and a Kestrel with prey. 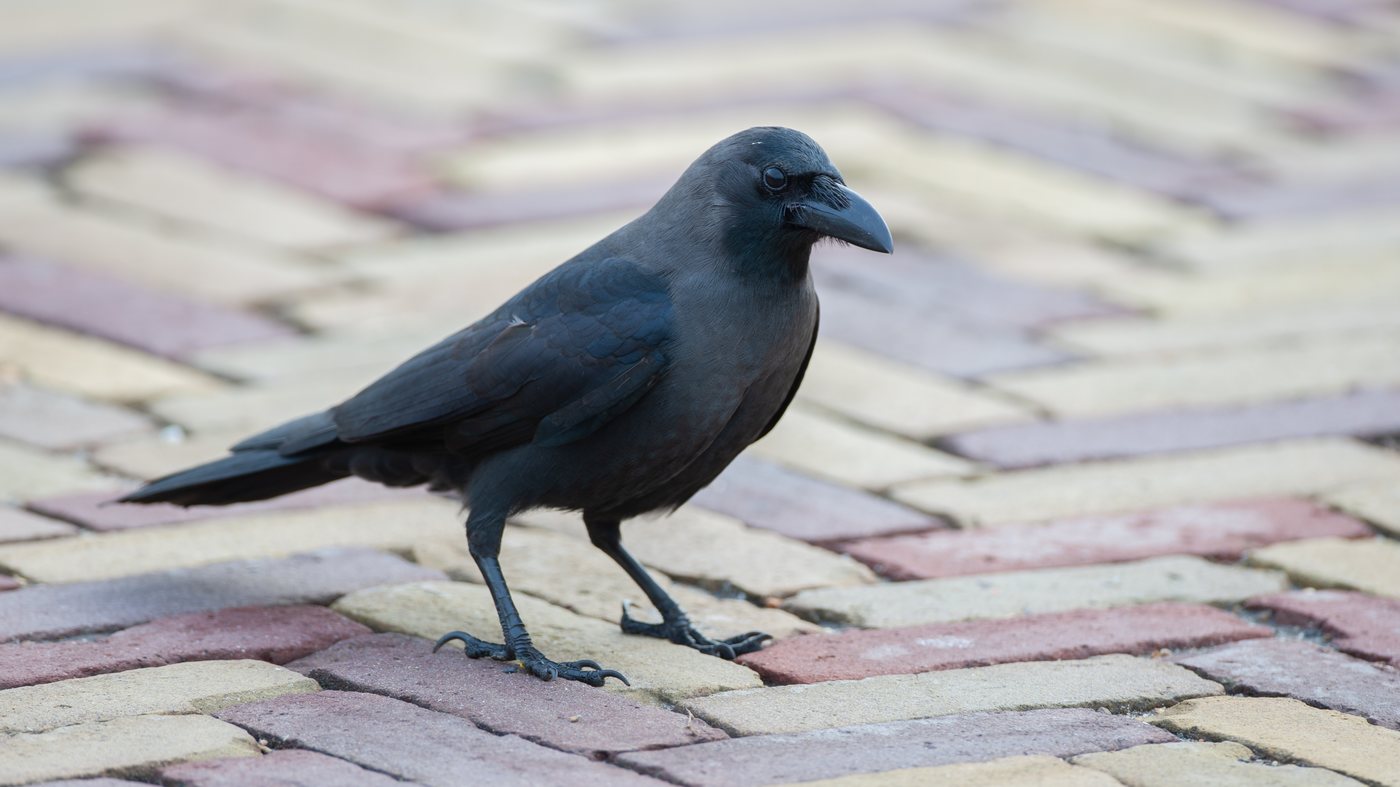 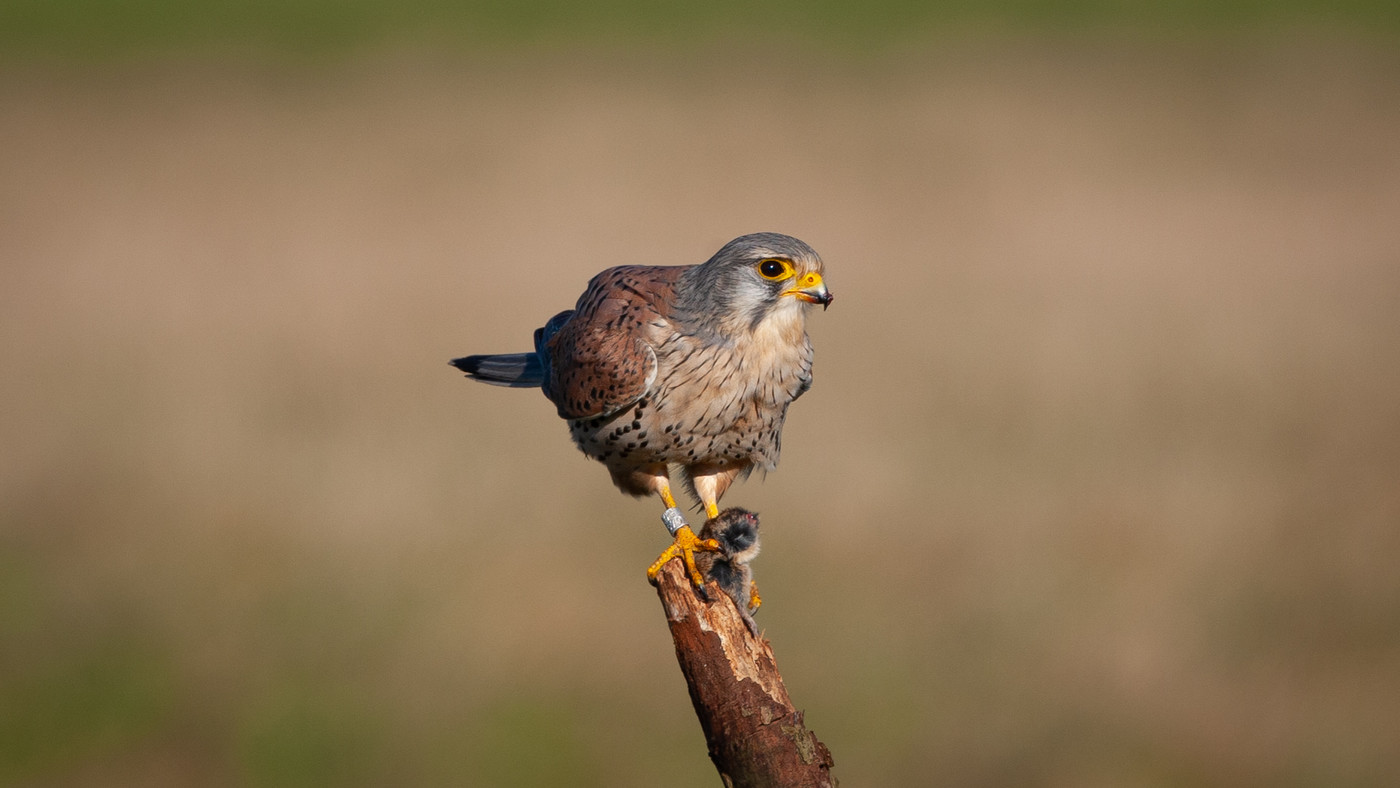 It was nearly 2 o’clock and we decided to drive to the Oesterdam. The air cleared and the sun shone at its best. When entering the dam we saw a group of small birds flying and soon found out that this were Twite. From the car we managed to take some pictures. It was very busy with day trip tourists so the Twite were very nervous. At the end of the road we found a Horned Lark and a Snow Bunting. The Horned Lark was photographed nicely and also the Snow Bunting posed beautiful. The Horned Lark is new to the yearlist. It was now about 3 o’clock and we decided to drive back home. But along the way we wanted to stop for a group Taiga Bean Geese at Vlijmen. This was on the route and there was still enough time and daylight. 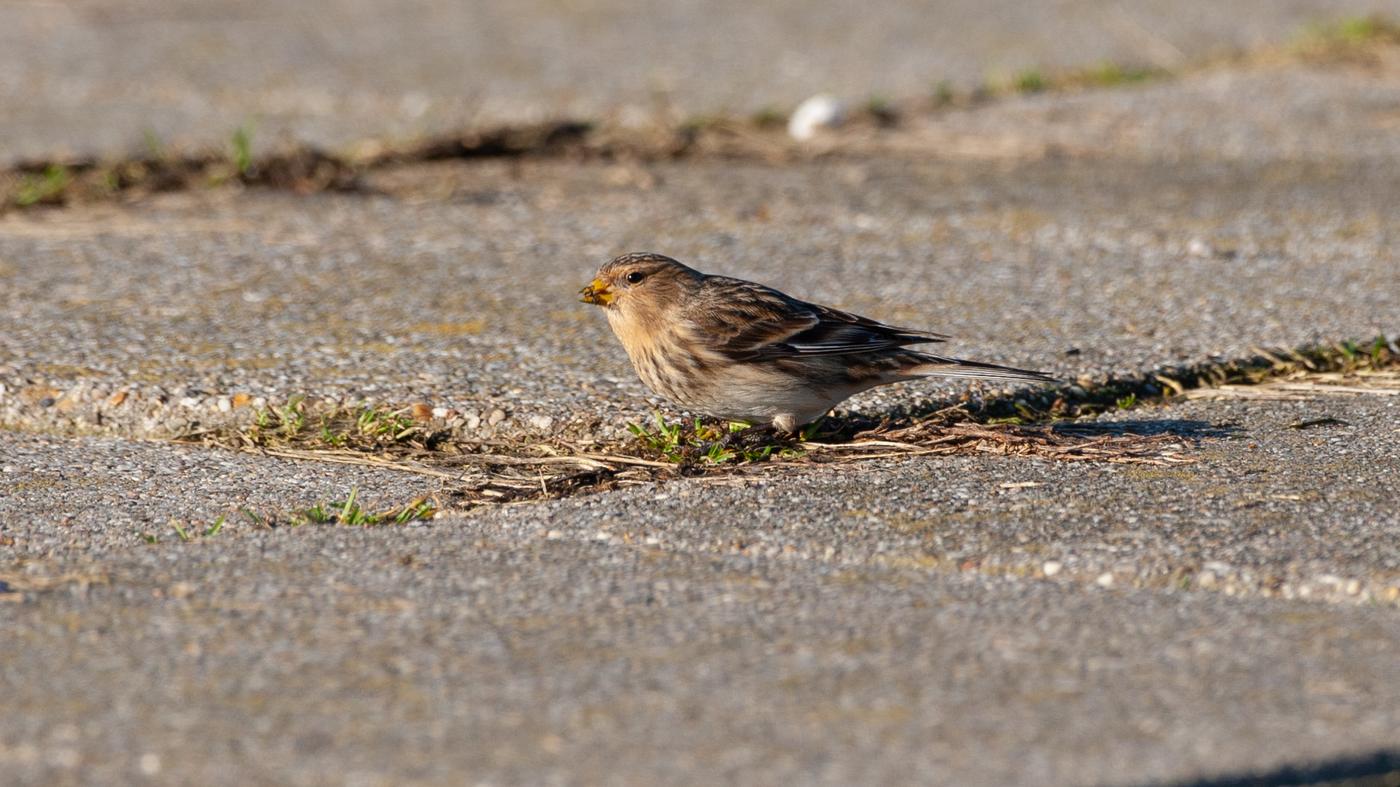 After about one hour drive we arrived in the polder at Vlijmen. The Taiga Bean Geese sat on some distance but with the telescope we could clearly see the features. It was a good group and we counted at least 40 birds. Meanwhile, a report came in of a Rough-legged Buzzard at Rosmalen. We had to go this way so that was the next stop. The navigator was set up and after a short drive we drove at the place reported. After a few Common Buzzards the Rough-legged Buzzard was found. The bird perched on a pole, but unfortunately too far away for a photo. The light began to decline even further so we drove to Uden.