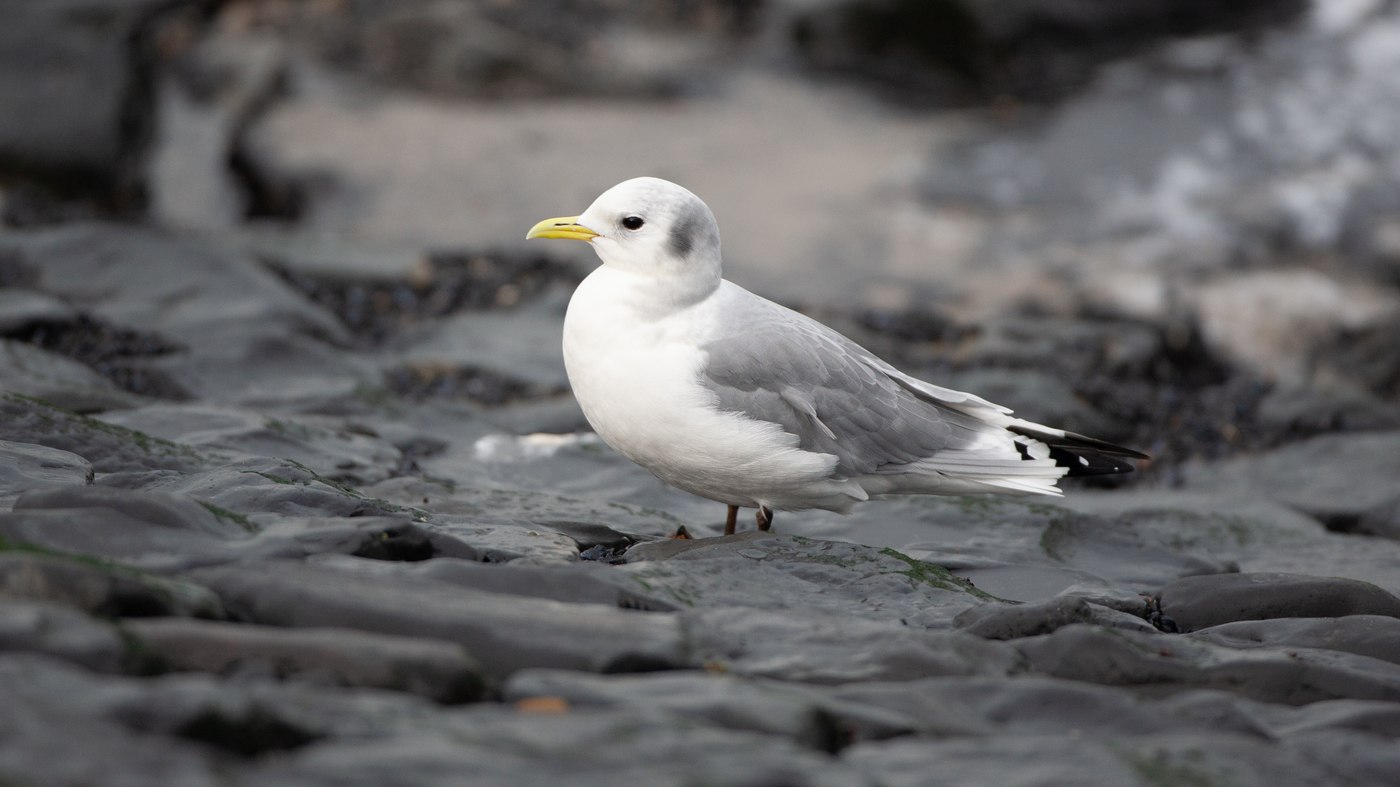 A Hume's Leaf Warbler was reported in Katwijk which I could not ignore. After that a visit is planned to the Hondsbossche Zeewering in the hope of the Iceland- and Glaucous Gull. 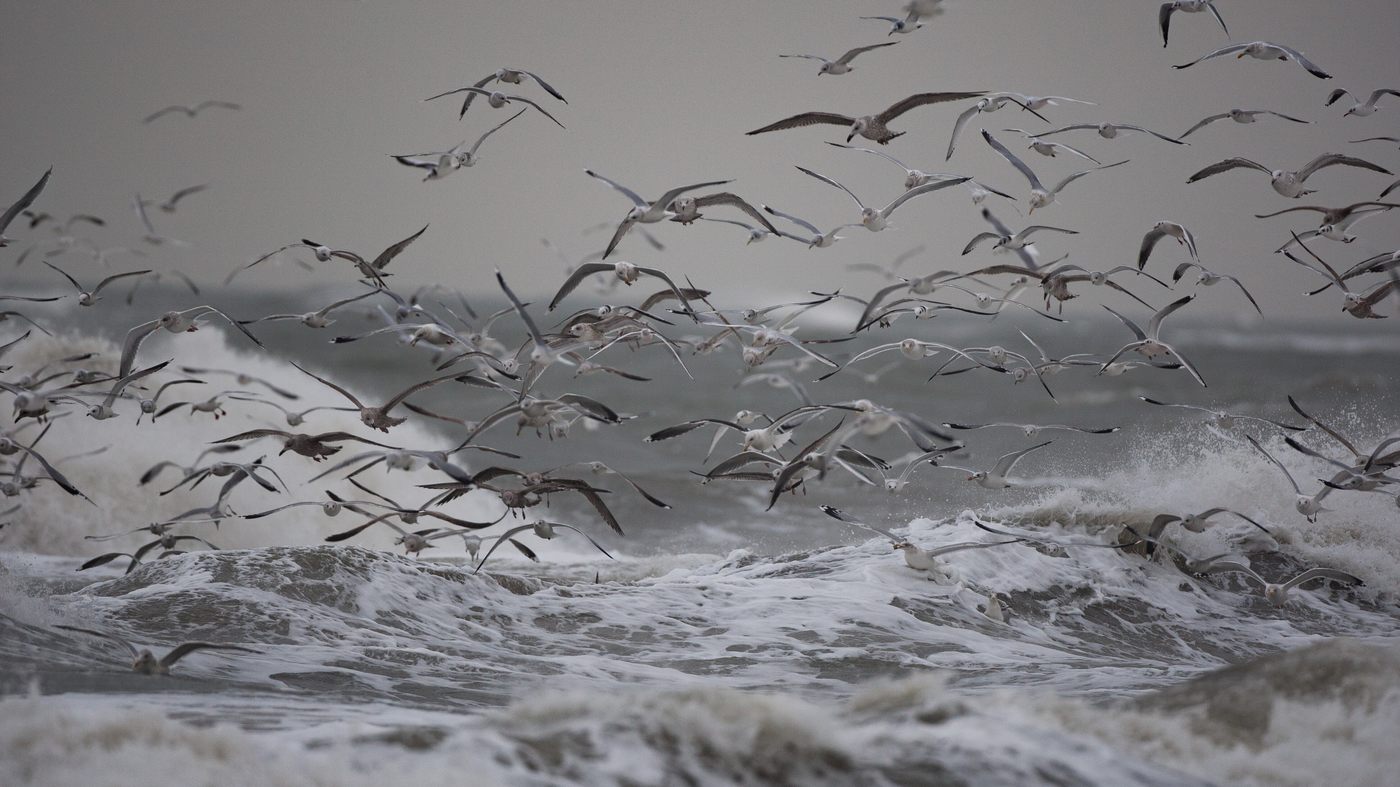 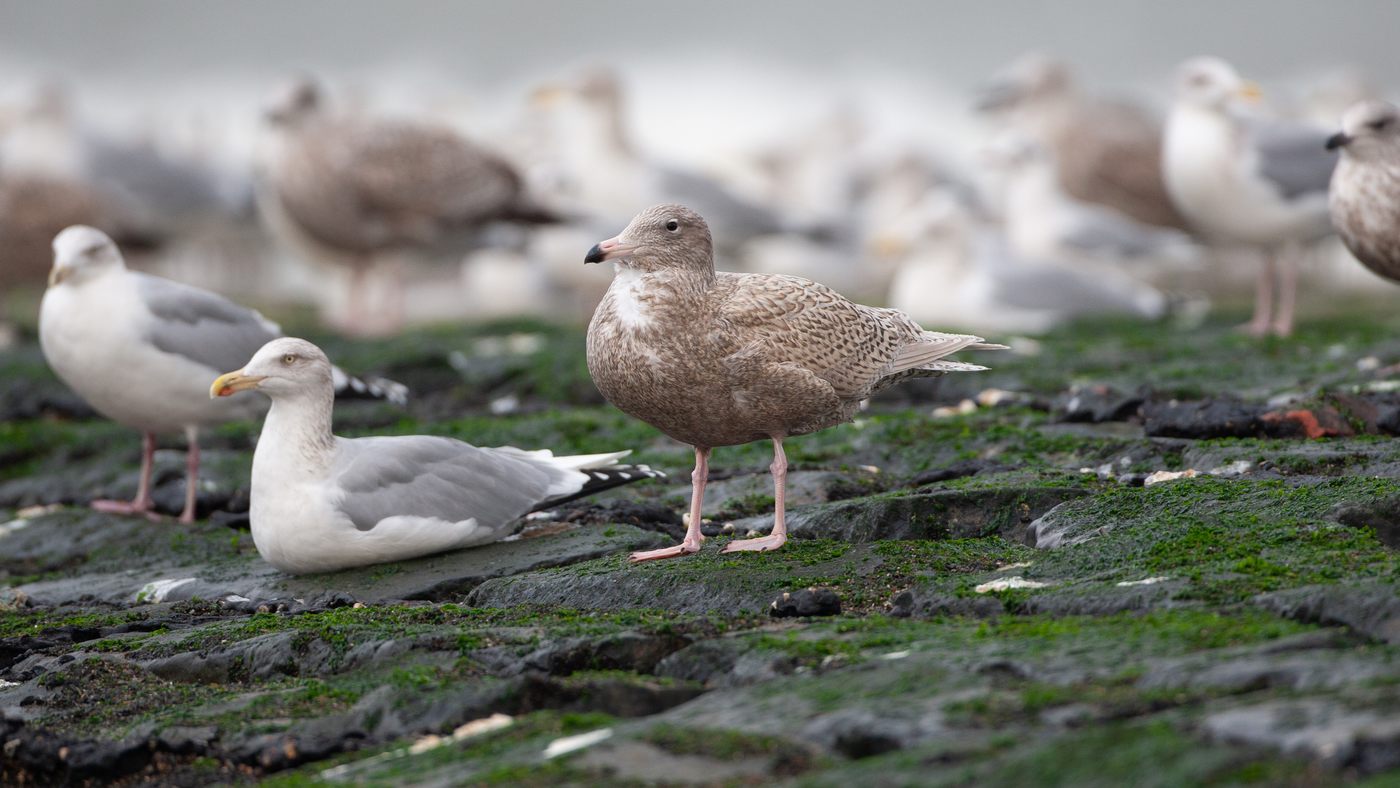 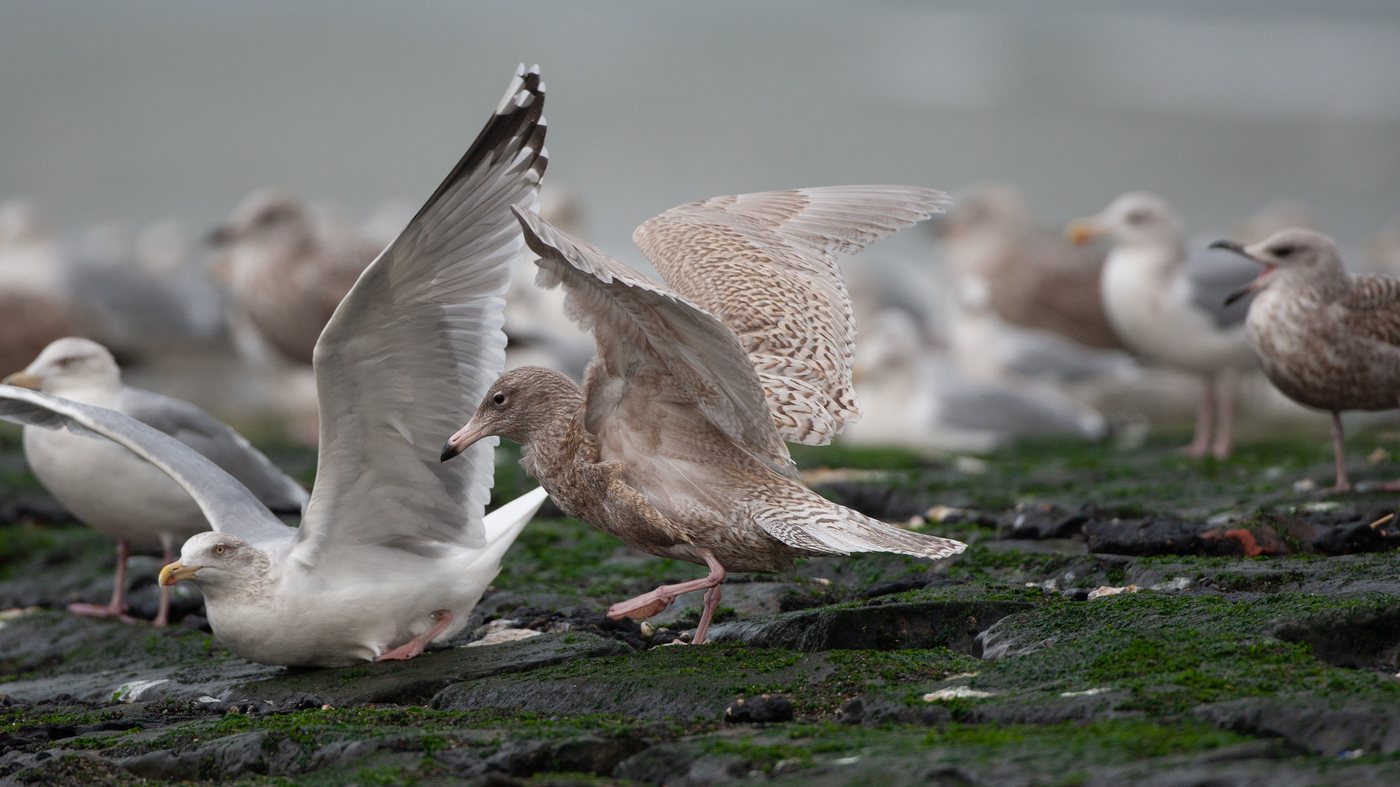 At 7 o'clock I leave Uden and head for Katwijk. Upon arrival, the Hume's Leaf Warbler is not yet reported. I park the car and an obvious passing birder advises me to drive a bit further. Arriving at the place I take my camera and walk the designated path. Almost immediately I hear not far off the Hume's Leaf Warbler loud cry. Here are Luuk Punt and some others. They did not Succeed to report the bird so I made a successful attempt myself. The bird moves quickly but calls frequently. Occasionally there is a shadow visible but that's it. The Humes is number 318 for the year.

I drive on to Noord-Holland and get in contact with Alwin. We agree to meet at Callantsoog where yesterday two Red Phalaropes were present. The Red Phalaropes were no longer here, so together we drove to the Hondsbossche Zeewering. On the way to our destination a Glaucous Gull was reported. It was not long before we stood on the dike and looked out over the sea. The piers and sea were covered with huge numbers of Seagulls. Among the many Herring Gulls were also many Little Gulls and Kittiwakes. A Kittiwake sat very close to the dike and we had some good pictures. A present birder showed us the spot where the Glaucous Gull sat, This was a number of piers further. The conscious pier was full of Gulls but the Glaucous Gull sat beautiful in front and was quickly discovered. The bird was quite tame and we had some nice pictures. 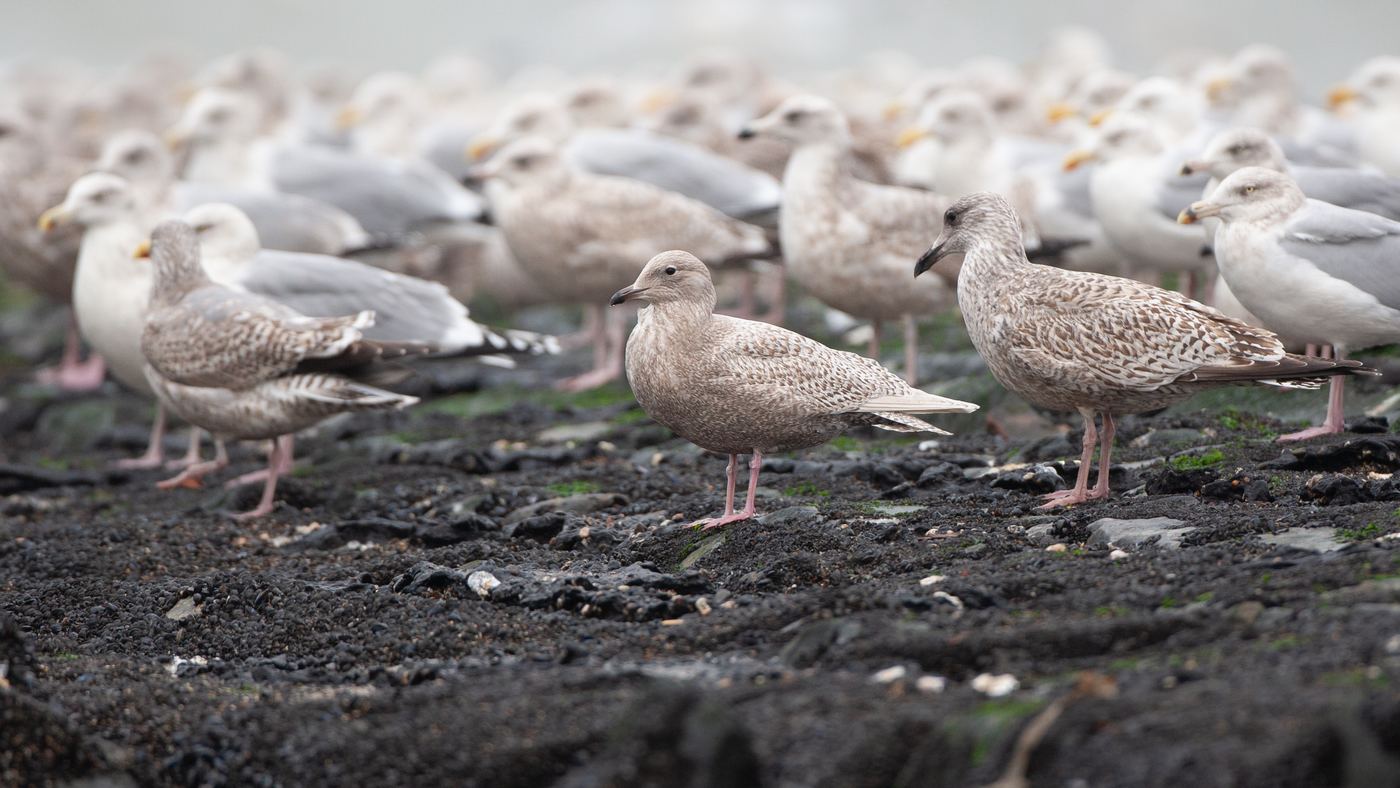 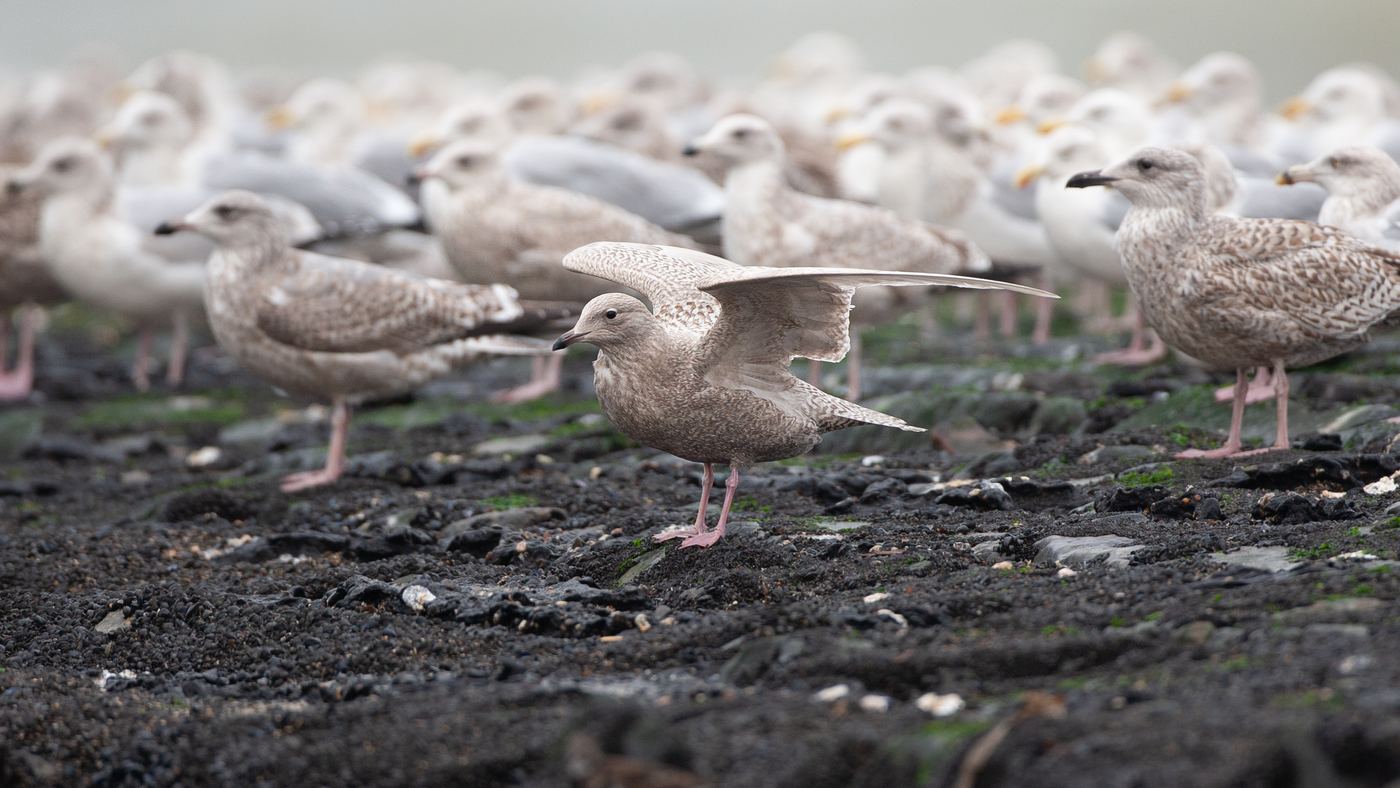 Alwin saw an Iceland Gull here yesterday and we assumed that it was still present. The Glaucous made an attempt to fly away and stretched his wings. Suddenly we found to his left the Iceland Gull. This beautiful bird was also close and could be photographed beautifully. Both species are new to the year list and the score is now 320! Unfortunately it started to rain and we walked back to the car to hide. After a long shower, we returned to the beach. Seagulls seemingly do not love rain, because the numbers were significantly decreased. On the beach we found a young Little Gull in very short distance, again the pictures were nice. We walked around a bit until it began to rain again. 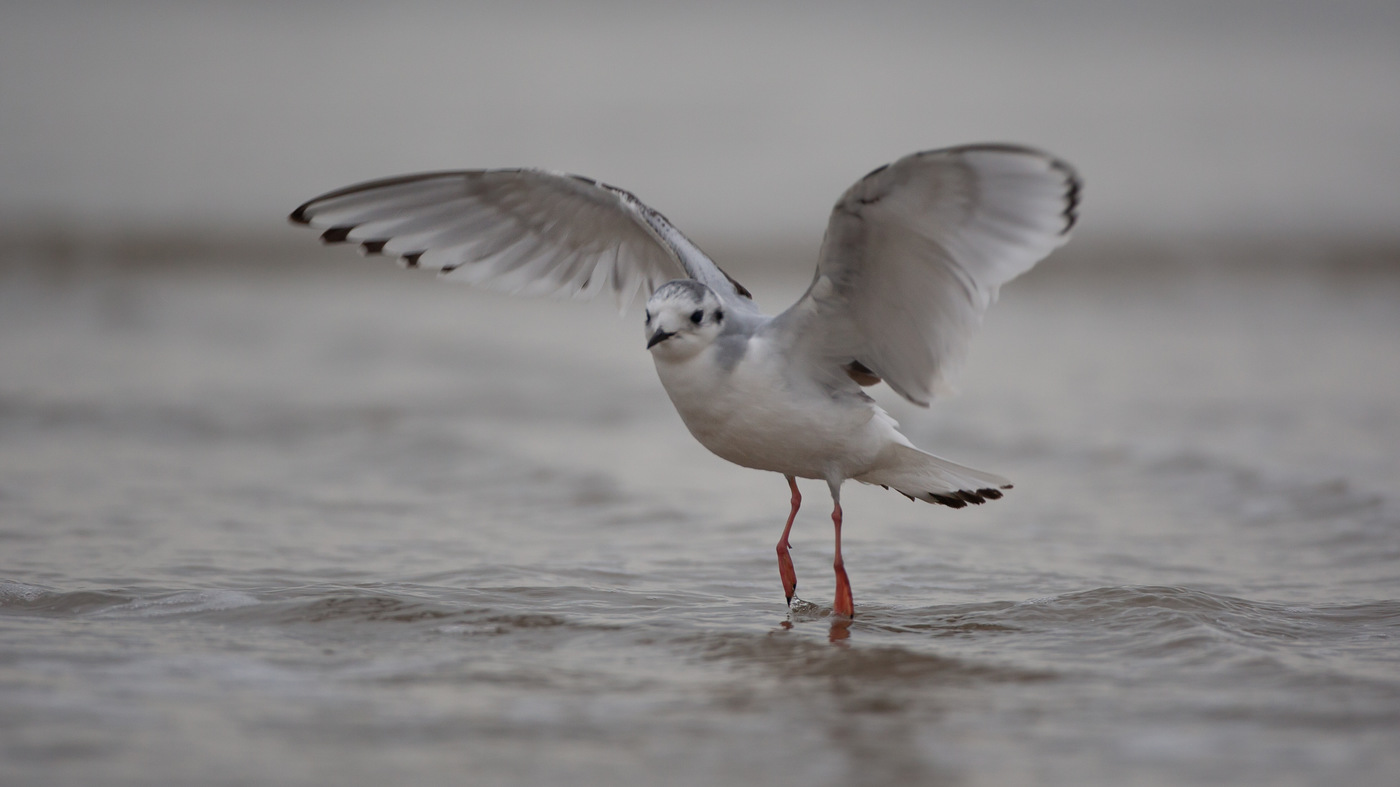 Again the car was used to shelter. Once again it took time before we were back on the beach. Here we found the Glaucous and the Iceland Gull beside each other. I only saw the two birds on one day but never so close together. I took some flight pictures of the Gulls until it began to rain once again. It seemed to be another long shower and I decided to drive back to Uden.