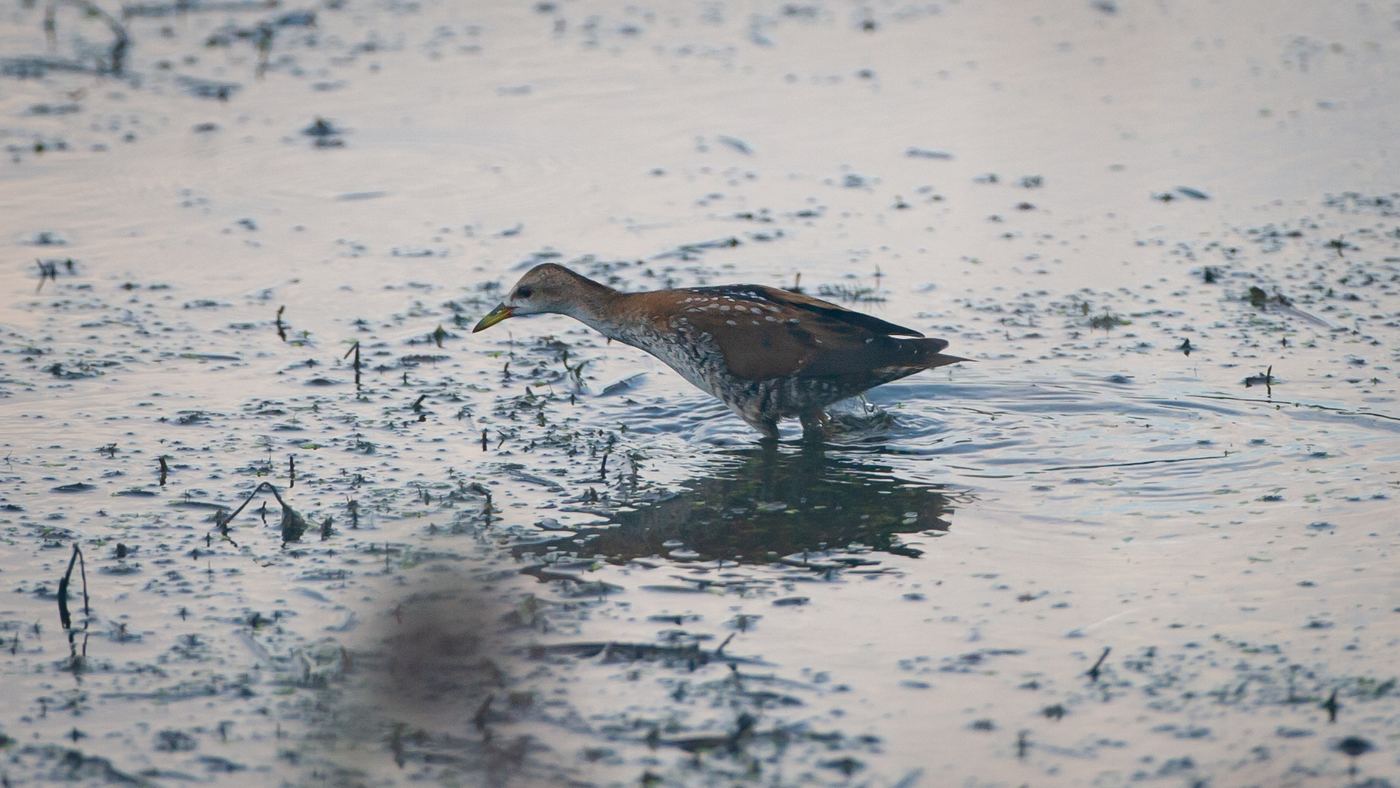 Sunday morning at 4 o’clock (yes 4 o’clock!) I left Uden. The Little Crake sat near Almere in the nature reserve “De Natte Graslanden” and was seen from a shelter. On the road I stopped for diesel and coffee, and around 5o’clock I parked the car at a bike path that led to shelter. It was completely dark and it was not a luxury that I had brought a flashlight. After fifteen minutes of walking I arrived at the hut and there was nobody there. The moon was full and there was enough light to look around the hut. The Little Crake was not visible though. However, the ghosts of some Gadwall and Crested Ducks were just visible. The Gadwall already showed signs of courtship behavior.

After half an hour I was joined by Charles Martens and his son, also for them it was a new species. In front of the hut there was nothing happening what was not a pleasant feeling. On the horizon it was clear that it would not be long before the sun would rise. Charles walked out of the hut and almost immediately afterwards the Little Crake appeared in the reeds. Charles was called back and the three of us could now clearly see the bird. Excited we reported the bird on the Internet. The first sun rays broke through and the cabin quickly filled with more birdwatchers. Despite the strong backlight, I could make some nice pictures. Alwin and Thijs had now arrived, but the Crake was not visible. It was not long before the bird showed itself again. 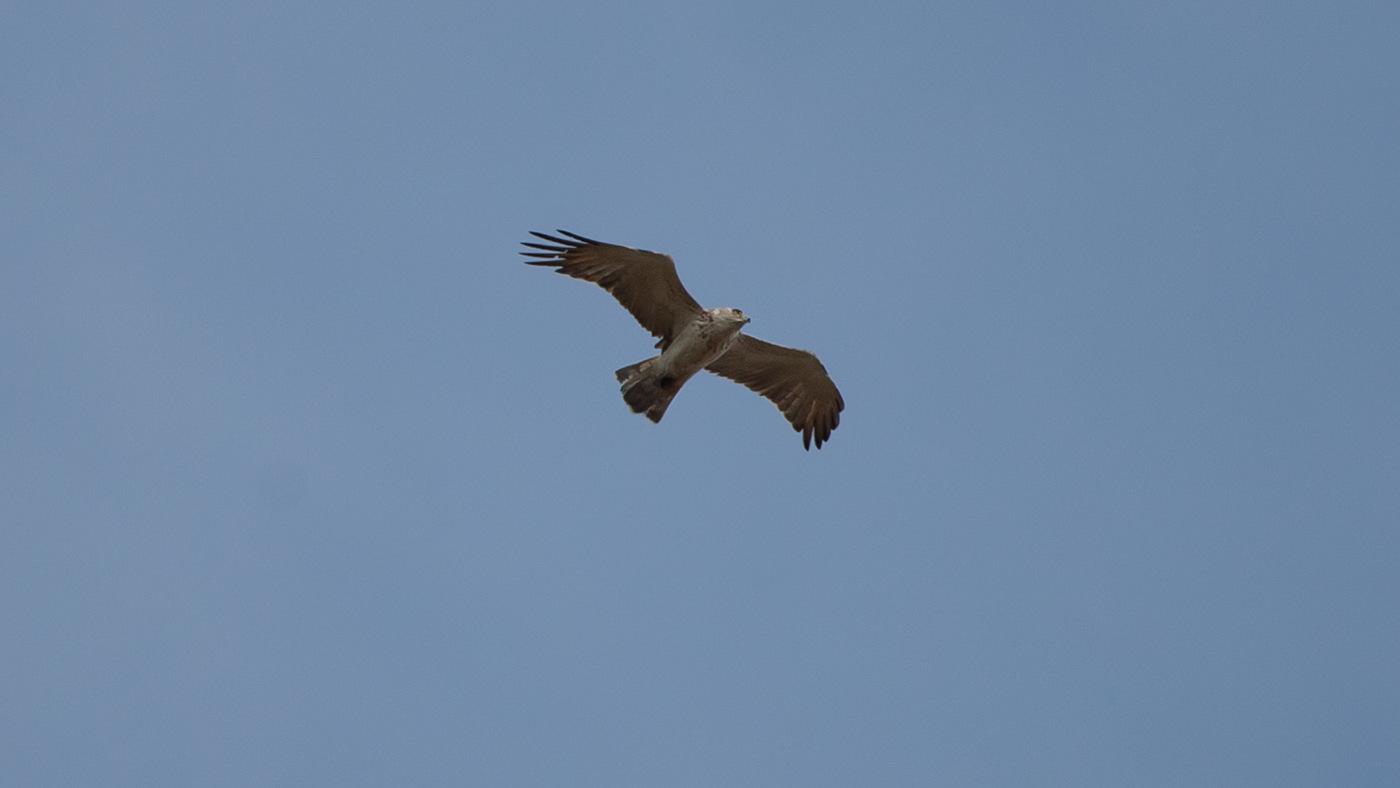 After enough pictures we left the hut and decided to make an attempt for the Little Bittern which had been seen in the same area. We waited 45 minutes, but beside a few Bearded Reedlings nothing was seen. After some discussion we decided to drive to Fochteloërveen. Mark de Vries joined us and with four we continued. Purpose were the 3 Short Toed Snake Eagles who hung around a while. Along the way was a stop for coffee and about 11 o’clock the car was parked and we walked into the area. It was beautiful weather but the rain radar predicted rain soon. In the distance we saw 2 Short Toed Snake Eagles and the birds were seen nicely. One of the birds came quite close and there were great photo opportunities. The rain radar did not lie and the first drops were felt. We rushed back to the car and drove on to the Lauwersmeer.

We started in the Keeg and a report of a Pallid Harrier in the Bant Polder could not be ignored. We could not found the bird and now it began to rain heavily. In the rain, we found the Glossy Ibis that is been present for some time. It seemed that it would not clear up. At the barracks there were 6 Red-necked Phalaropes reported that we wanted to do. Unfortunately, the birds were no longer present. It had been a beautiful day with a new one for my Dutch list.