An Eagle Owl and a Corn Bunting was missing on the year list so a visit to Limburg was planned. The Eagle Owl was seen In the Enci quarry near Maastricht and the Corn Buntings were reported at the Hamster Sanctuary Sibbe last week. For the months list I had to do the Middle Spotted Woodpeckerso this could also be tried.

At 7 o'clock in the morning Koen Rovers and I met Alwin on a parking lot in Uden where we drove on with one car. Right on time we left for Limburg. Bosmolen Lake was the first destination where a Black-throated Diver was reported. There was also a chance of a Red-crested Pochard. Of both species was no trace. Instead a Black-necked Grebe was put nicely on the photo. Next destination was in Belgium; here at the marina in Ophoven a Great Northern Diver was reported. Belgium sounds far but it was only a fifteen minute drive and upon arrival Alwin saw the Great Northern Diver almost immediately. The bird immediately dived under water and it took a while before we saw him back.

We went away to the Vijlnerwoods near Vaals to try the Middle Spotted Woodpecker. After a 60 km drive we parked the car at a known place where we saw the bird before. After 5 minutes walking we heard a Middle Spotted Woodpecker calling. The bird was occasional seen and we took a few evidence pictures. A remarkable number Treecreepers were heard and seen. We drove on to the Hamster reserve for the Corn Bunting. It took some searching before we found the place where we had thought the birds were sitting. There were large flocks of Linnets, Greenfinches and Yellowhammers but Corn Buntings we could not found yet. At least 5 Hen Harriers were counted and the air was filled with Buzzards. Still no trace of Corn Buntings. After a hike of at least 1.5 hours there was a notification threw the email that three Corn Buntings were seen in the area. One bird was even heard singing. Through the internet the right place was pointed. We decided to walk back to the car and drive to the specified site. Certainly one hour later we parked the car exactly where the 3 Corn Buntings were seen. At first we saw nothing and we almost gave up a bit when a Corn Bunting (311) flew over us calling. We found two birds that were wonderful viewed and photographed. 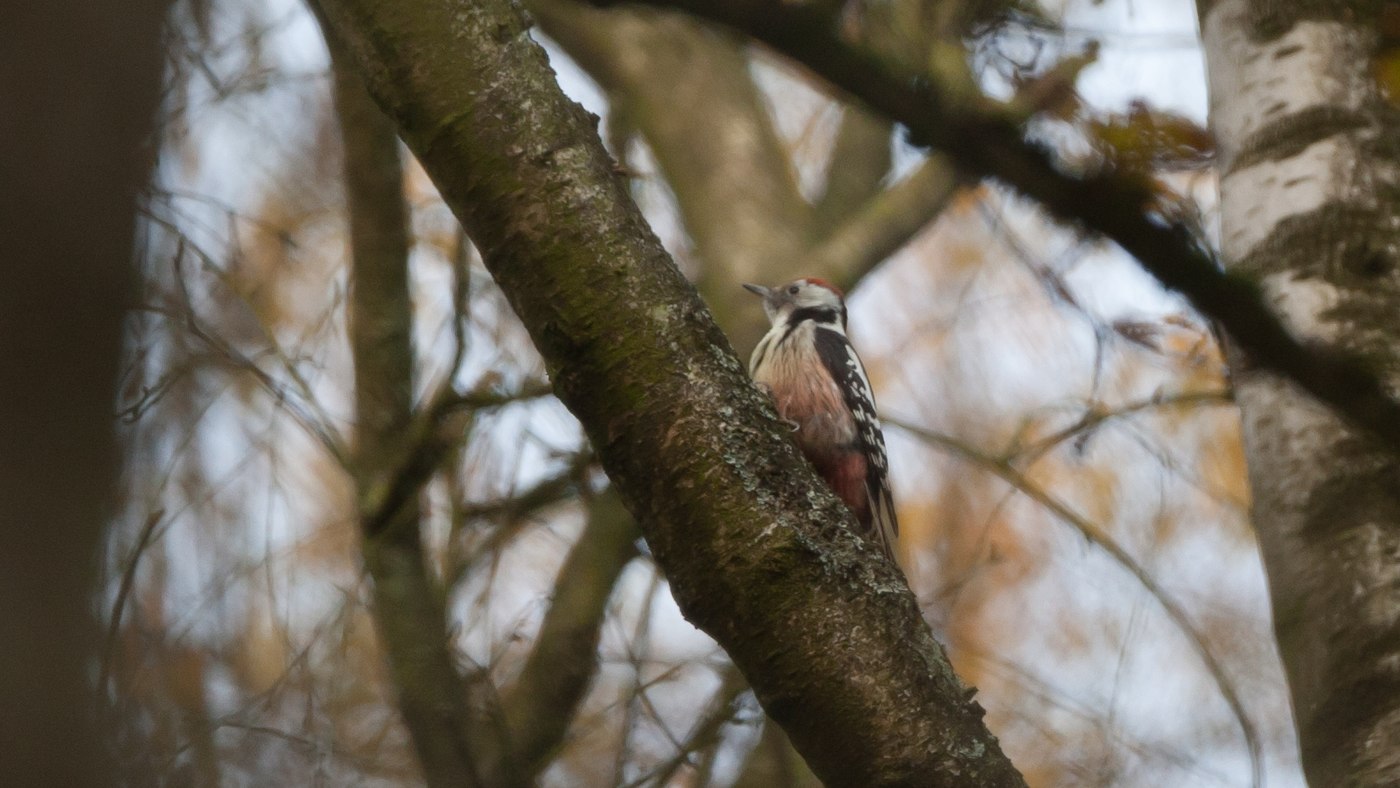 We continued to the Enci Quarry in Maastricht for the Eagle Owl. In the usual place, the spotting scopes were mounted and we searched for the Eagle Owl. After an hour of searching we could not find the bird and gave up. The sun was much lower and we decided to head back to Uden. Alwin was dropped and I still had to go pick up the counting lists from the migration site. Here we saw a hunting Long-eared Owl and heard calling Partridges. They were added to the day list which ended with 66 species.

The next day early in the morning there was a report from the Enci Quarry that a Wallcreeper was found. A little disappointed, I looked at the message. What a missed opportunity but it meant I had to return.