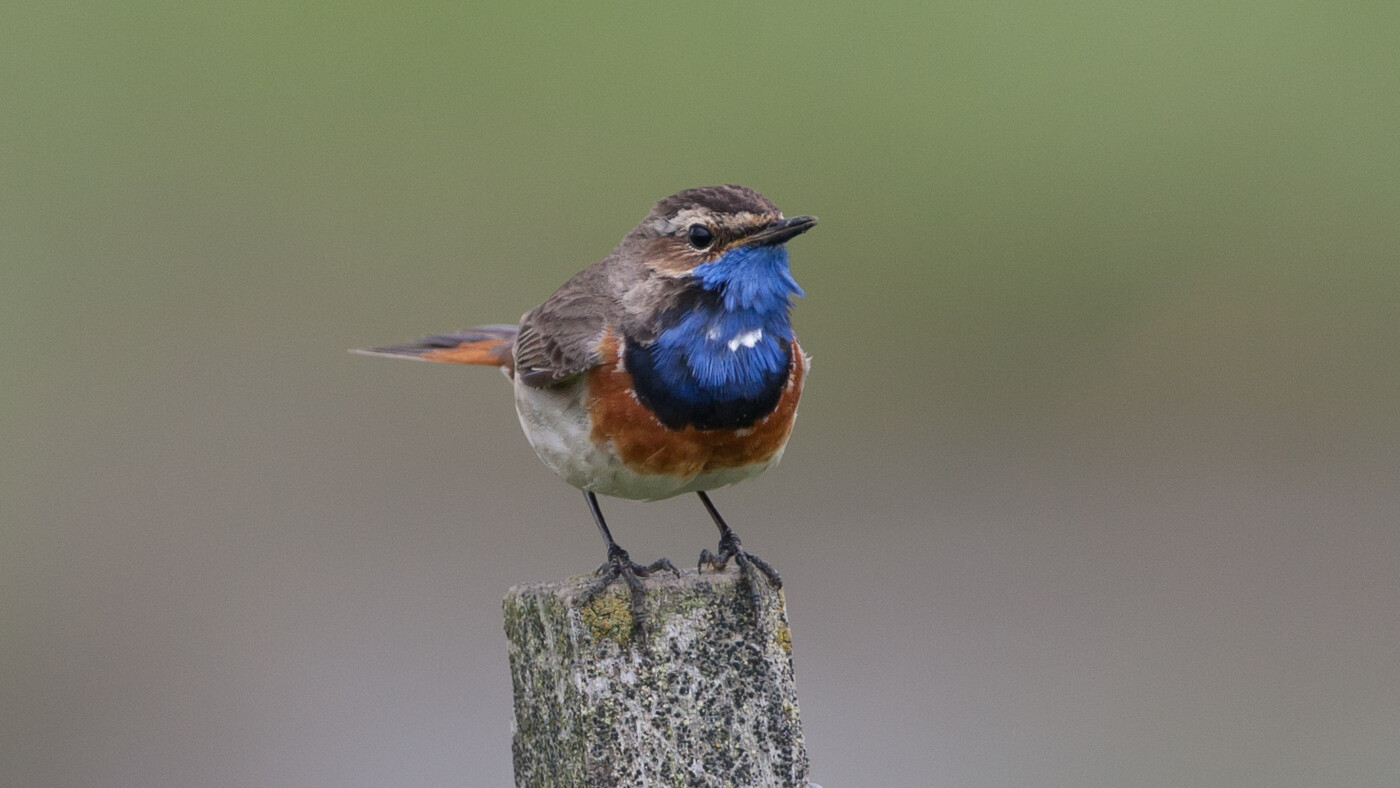 As every year, we also participate in the Top of Holland Day. With a team of four people, Alwin Borhem, Teun van Kessel, Christian Brinkman and myself of course, we had registered under the name "Twitch & Go”. To score some night species we started at 3.00 o'clock in the morning.

Friday I had already left for Friesland and I would stay here all weekend. At a Carpool spot along the A7 I met the rest of the team at 3.00 o’clock. From here we left to the Dwingenderveld. At exactly 3.56 hours we scored our first bird of the day: a Nightjar. Not much later, a calling Tawny Owl was heard. A singing Redstart, Stonechat and Robin soon followed. Special was an over flying calling Quail. We had to wait till 4.19 hours but then we could also could list a Woodcock. A search for a Little Owl we had to give up without result.

We went on towards Diependal and in the dark an Oystercatcher was noted. When driving up the road towards the bird watching hut we recorded the following species: Song Thrush, Blackbird, Yellowhammer, Tree Pipit, Greater Whitethroat, Garden Warbler, House Sparrow, Blackcap, Yellow Wagtail, Chaffinch, Chiffchaff, Starling, Willow Warbler and Cuckoo. In the parking lot and the walk to the hut we saw Blue Tit, Woodpigeon, Spoonbill, Willow Tit, Curlew, Cormorant and White Wagtail. From the hut we quickly found the Red-necked Grebes, but other species such as Savi's Warbler and Bittern were missing. But we did see the following species: Mute Swan, Barn Swallow, Great Tit, Tufted Duck, Gadwall, Pochard, Coot, Mallard, Shelduck, Reed Bunting, Sedge Warbler, Blue Heron, Great Crested Grebe, Eurasian Reed Warbler, Lapwing, Water Rail, Bluethroat, Jackdaw and Goldfinch. After half an hour in the hut we seen enough and walked back to the car. Along the way we could list Wren, Black Crow, Long-tailed Tit, Stock Dove, Greenfinch, Linnet and Tree Sparrow. Behind a farm near the car park there were Sand Martins nesting in a sandy hill and this was the last species we listed here. In total Diependal was good for 48 species, this has sometimes been better.

Next stop was the Aeckingerzand (also called Kale Duinen) near Appelscha. Along the way we picked up a Magpie, Great Spotted Woodpecker and House Martin. Once at the forest we scored from the car Coal Tit, Nuthatch, Jay, Goldcrest, Spotted Flycatcher and Black-headed Gull. The car was parked and we walked on. A singing Skylark was the first bird. We walk towards the lake and a Wheatear was singing in a treetop and was number 67 of the day. At the lake we expected and found Black-necked Grebes, also the Greylag Goose was seen. On the way back to the car we heard several Tree Larks singing.

We drive on to the tower in Ravenswoud Fochteloërveen. Along the way we noted Dunnock and Collared Dove. Just before the parking lot Alwin saw a male Bullfinch. We stop to watch the bird and also hear a singing Firecrest here. During the walk to the tower and the tower itself the following species are seen or heard: Mistle Thrush, Buzzard, Hawfinch, Treecreeper, Siskin, Swift, Marsh Harrier, Teal, Little Grebe and Black Woodpecker. We drive to the bird watching hut in the same area and on the lake in front of the bird watching hut we find a Mediterranean Gull. A Whinchat is found and the same goes for a Lesser Black-backed Gull and a Meadow Pipit. The sky looks threatening and soon the first raindrops fall. We walk quickly back to the car and drive to the “Eighty Acre” for the Cranes but we cannot find them. Near the information center we have a Kestrel, Sparrowhawk and Common Snipe.

It is now 10 o’clock and we have a brief consultation where we will go next. The choice falls on Paesens where a Rosefinch is reported. We first stop in the Bleu woods near Ooststellingwerf for a Wood Warbler. After searching we find a loud singing bird and we continue to Paesens. In Frieschepalen a Moorhen is seen and in Buitenpost we take a short detour for a nesting White Stork. Just before we get to Paesens a Mew Gull and a Herring Gull are written down. At the reported place some birders are searching but the Rosefinch is nowhere in sight. However, we find a Spotted Flycatcher. From the dike we look out over the area outside the dike and see the Dunlin, Grey Plover the 100th day of the sort, and a Redshank (101). There is a large group of Brent Geese (102) but we cannot discover Black Brant or Light-bellied Brent Goose. On the way back to the car we hear a Lesser Whitethroat (103) singing. Somewhere beyond Paesens is a group of Brent Geese is found and here we find a Black Brent Goose (104)..

On the way to "Achter de Zwarten" we hear a Nightingale (132) singing. A walk to the lookout bulge provides two new species: Marsh Warbler (133) and Pintail (134).There is unfortunately no Oriole heard and this is probably due to the strong wind. At the Vlinderbalg we search in vain for a Canada Goose or a Goldeneye, but we see the Barnacle Goose (135). Just before we pull away we see a Pied Wagtail (136) in front of the car, this is an unexpected windfall. From the Jaaps Deensgat bird watching hut we see a Peregrine Falcon (137) and we hear several Bearded Tits (138). We continue to Zoutkamp and see a pair of Montagu's Harriers (139) hunting. We stop at the Kollumerwaard at the observatory tower, but because of the strong wind there is not much here. We decide to skip the camping site and drive back to the Ezumakeeg, here as a Red-necked Phalarope was discovered. This means also the last chance for a Grasshopper Warbler and a Turtle Dove. The Red-necked Phalarope (140) is found not long after arrival at 17.27 hours.

The ceremony is held in Drachten and we have a chance of a Canadian Goose on the way. We are lucky to see an over flying Rook (141) close to Kollumerland. The Canadian Goose (142) sits on a pond near Smallingerland. 142 species is a good score and my best so far. This year was a bit disappointing for good species and a Rosefinch is the best bird of the day. After the awards ceremony and a meal I drive back to Oudwoude where I stayed with my aunt. Next year we will be back in action!!